Designer and hotelier Liz Lambert has taken this boutique hotel in Austin back to its roots with brightly coloured furniture, bold wallpaper and vintage paraphernalia. 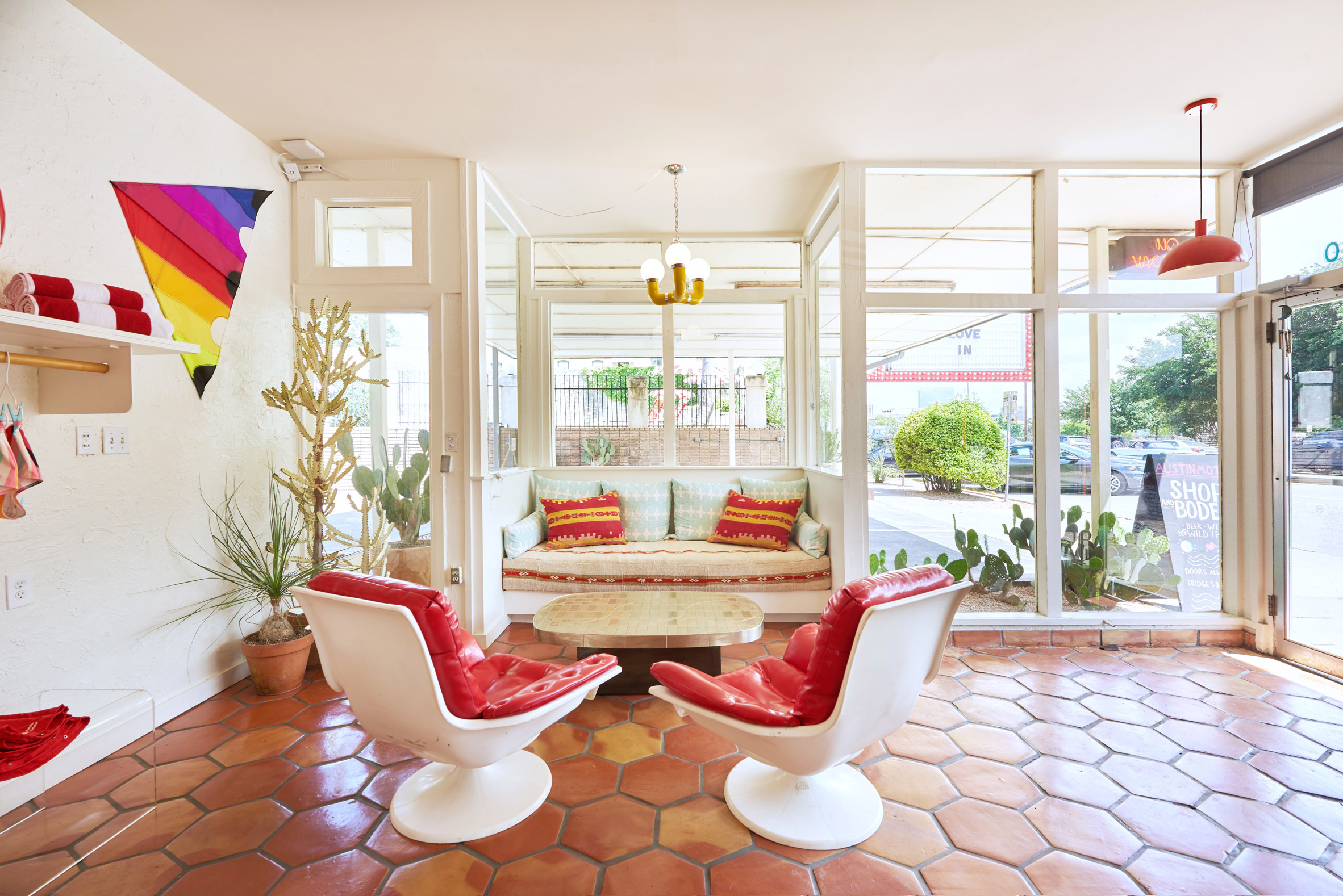 The Austin Motel has operated since 1938, and is housed in a mid-century building on the Texas city’s bustling South Congress strip of bars, restaurants and shops. 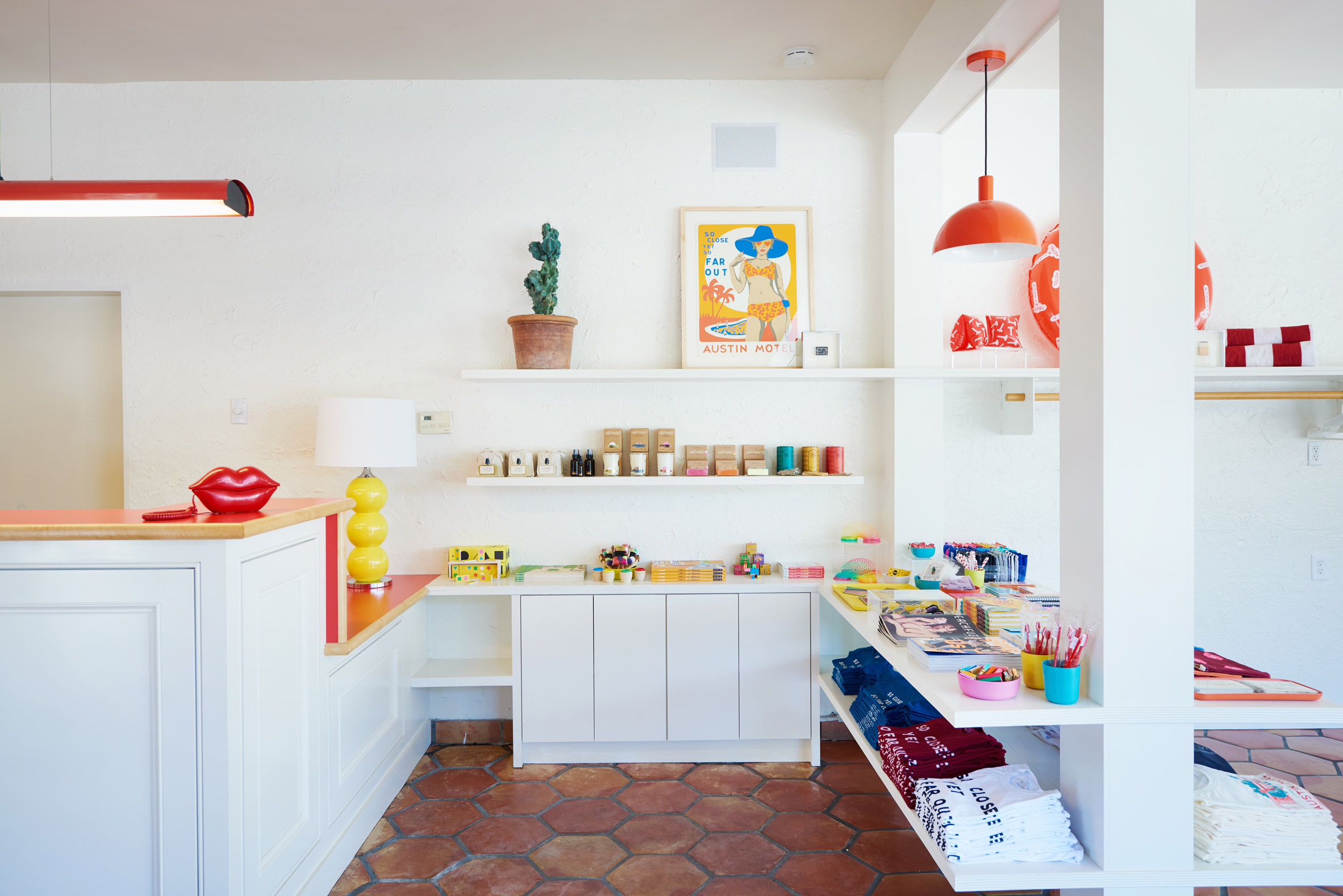 The hotel was recently taken over by designer Liz Lambert, who added it to the portfolio of her hospitality company Bunkhouse. 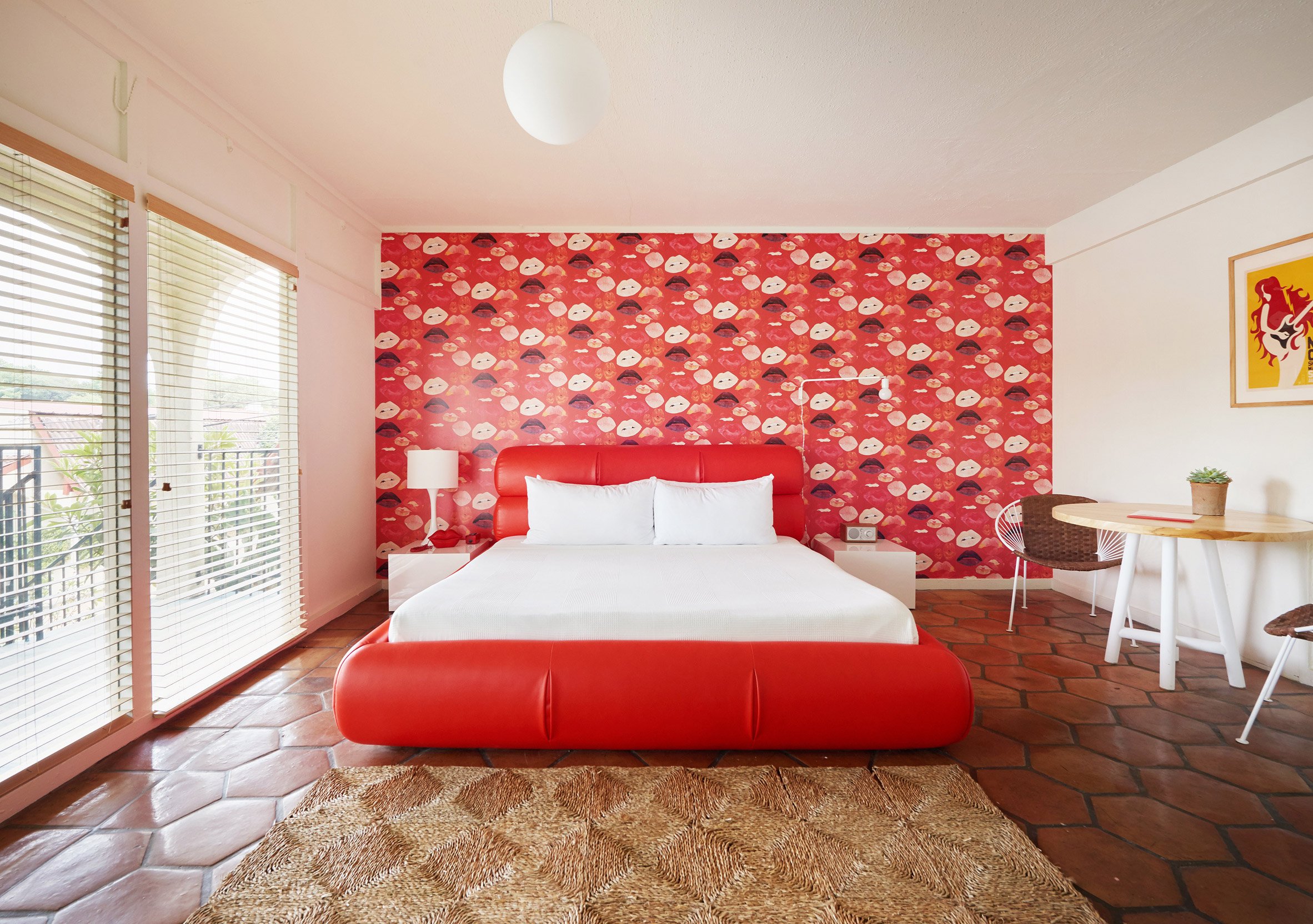 Lambert’s renovation of the property involved highlighting some of its assets, like the original architecture and kidney-shaped swimming pool, while creating interiors to match this aesthetic. 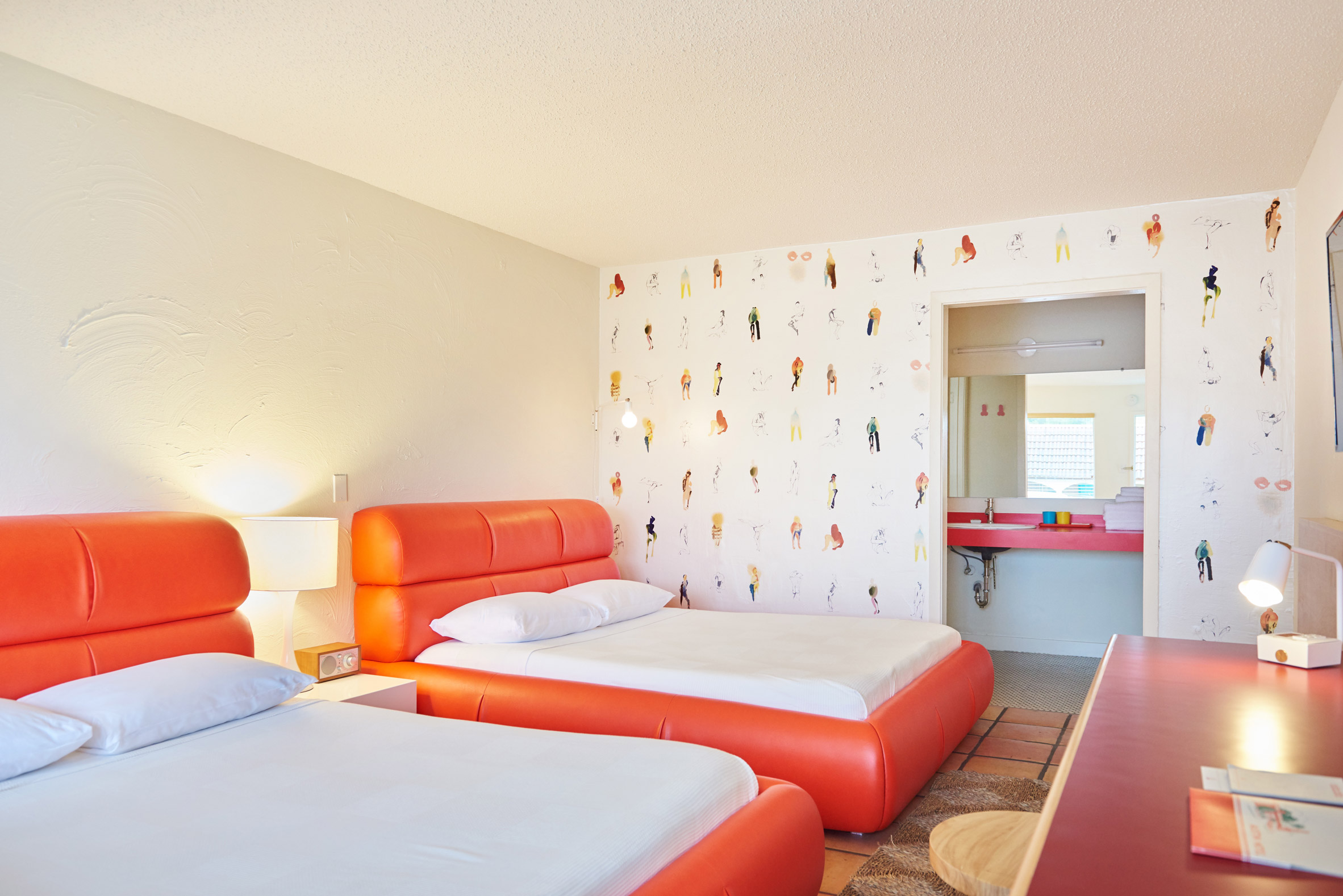 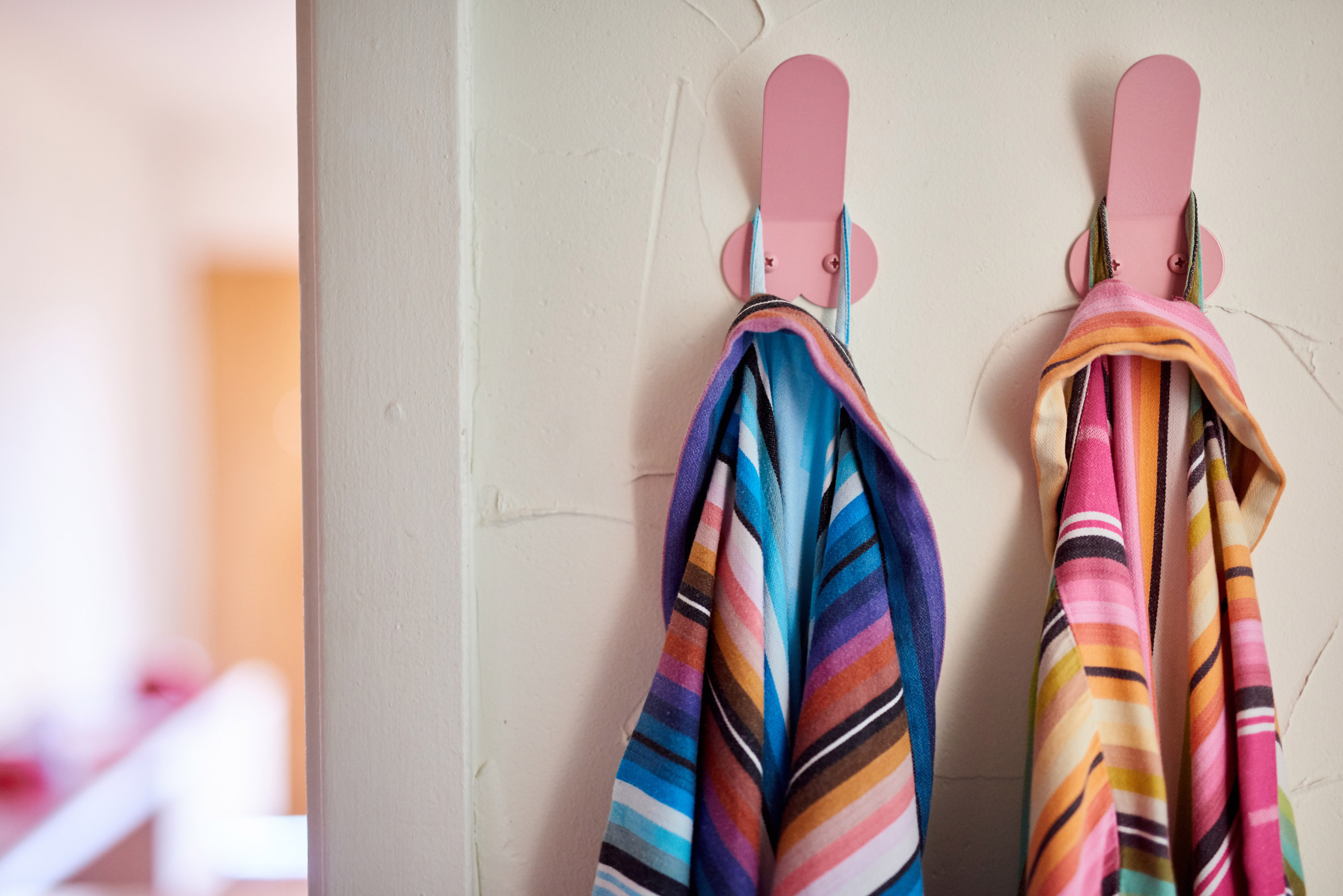 The refresh involved collaborations with several local companies. Landscaping was undertaken by Mark Word Design, a new pool bar was constructed by metalworkers Design Build Adventure, and custom woodwork was completed by Enabler. 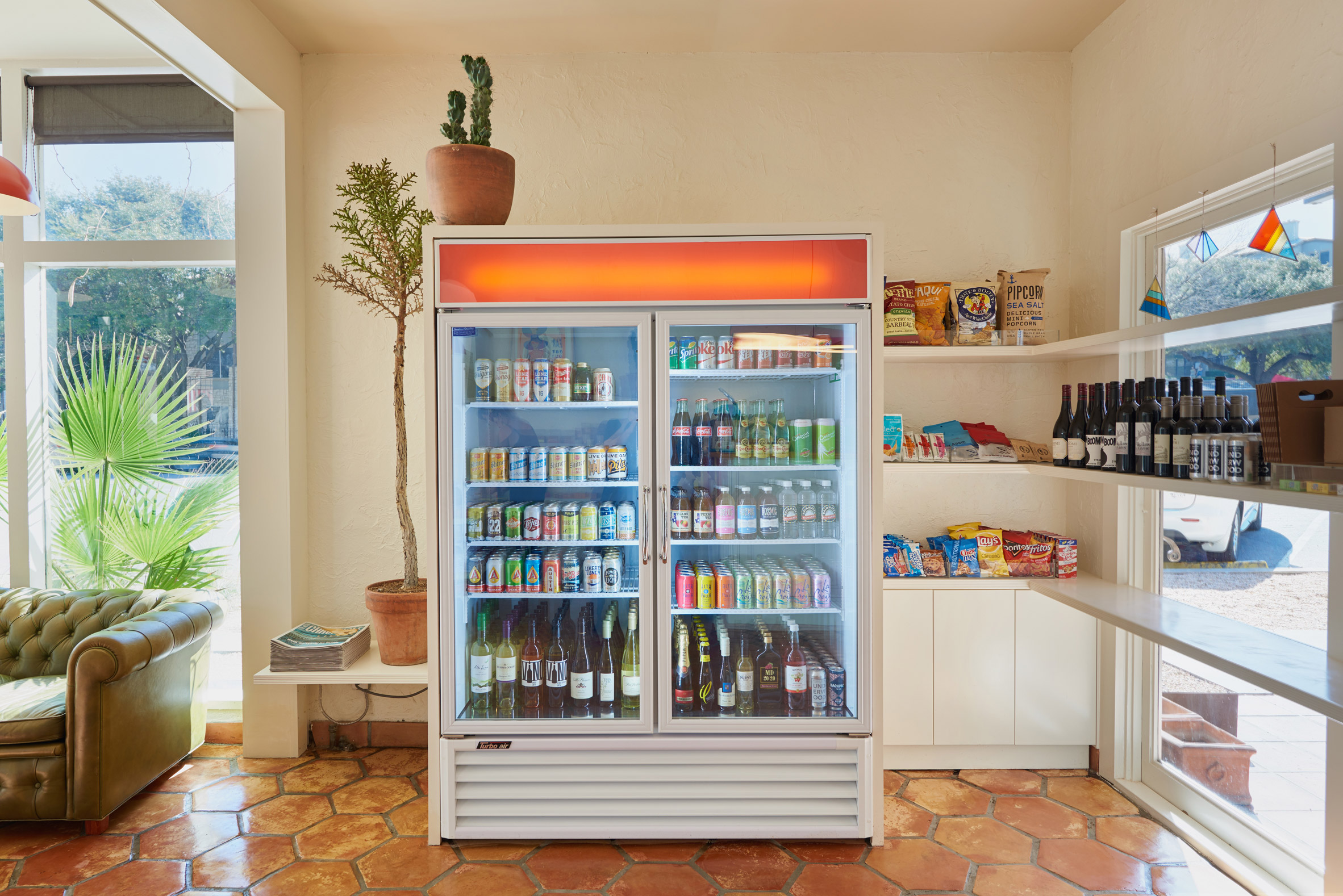 The hotel’s 41 guest rooms were overhauled with furniture selected to fit with the mid-century architecture. 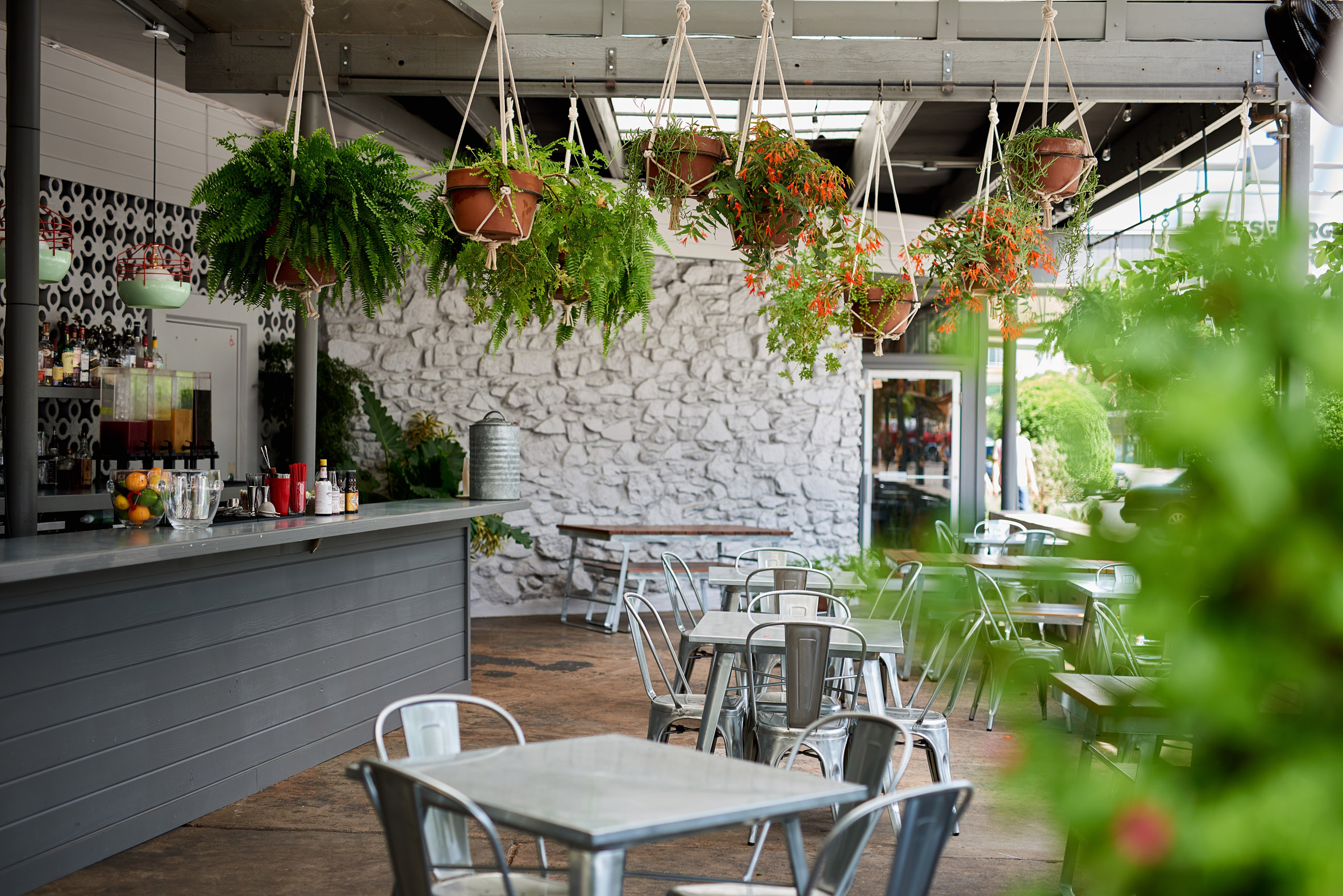 Bright red, orange and yellow hues were chosen for upholstery, wallpaper and accessories to match the iconic neon sign that hangs outside. Red and white are also used for parasols and loungers outdoors. 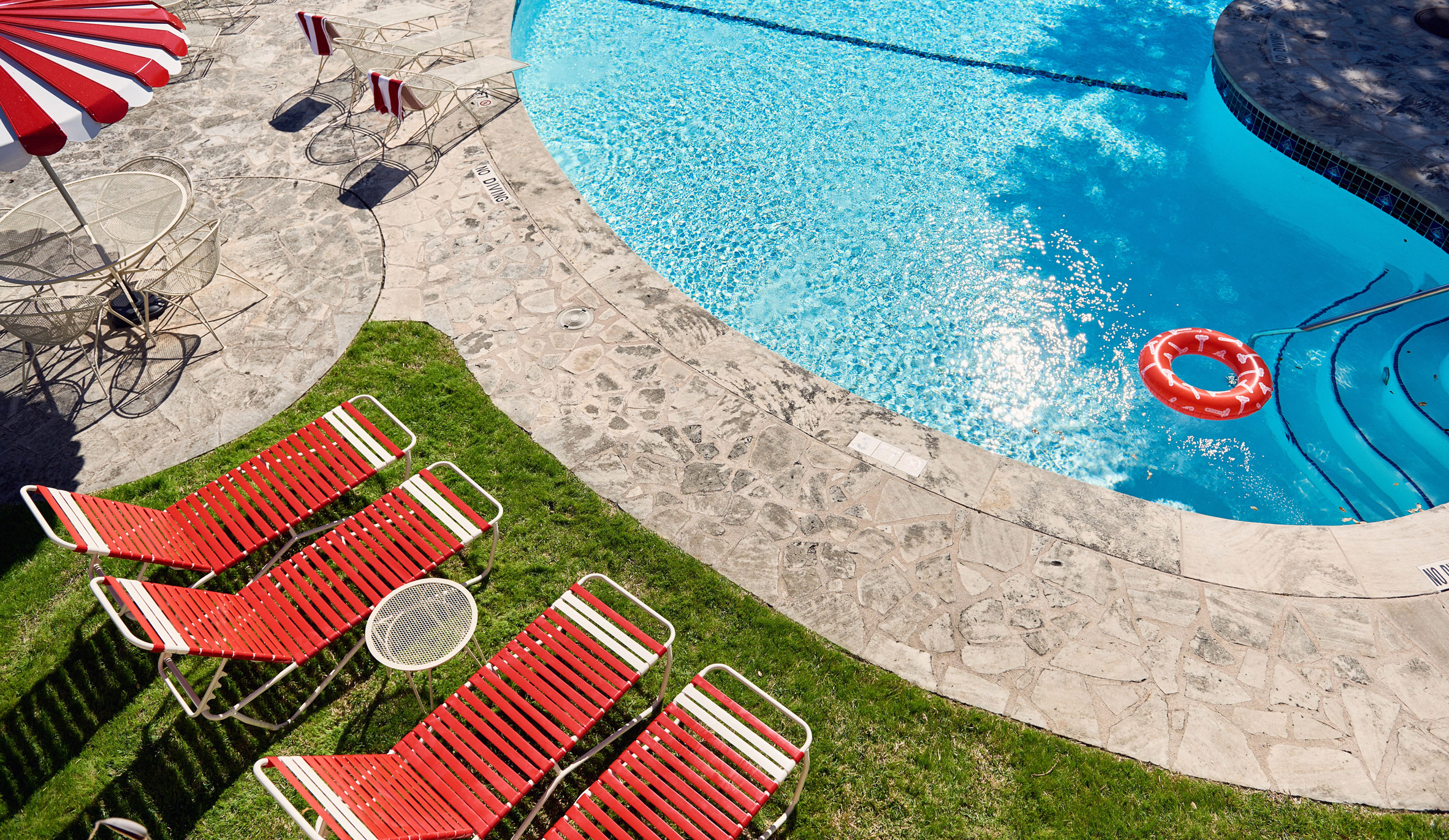 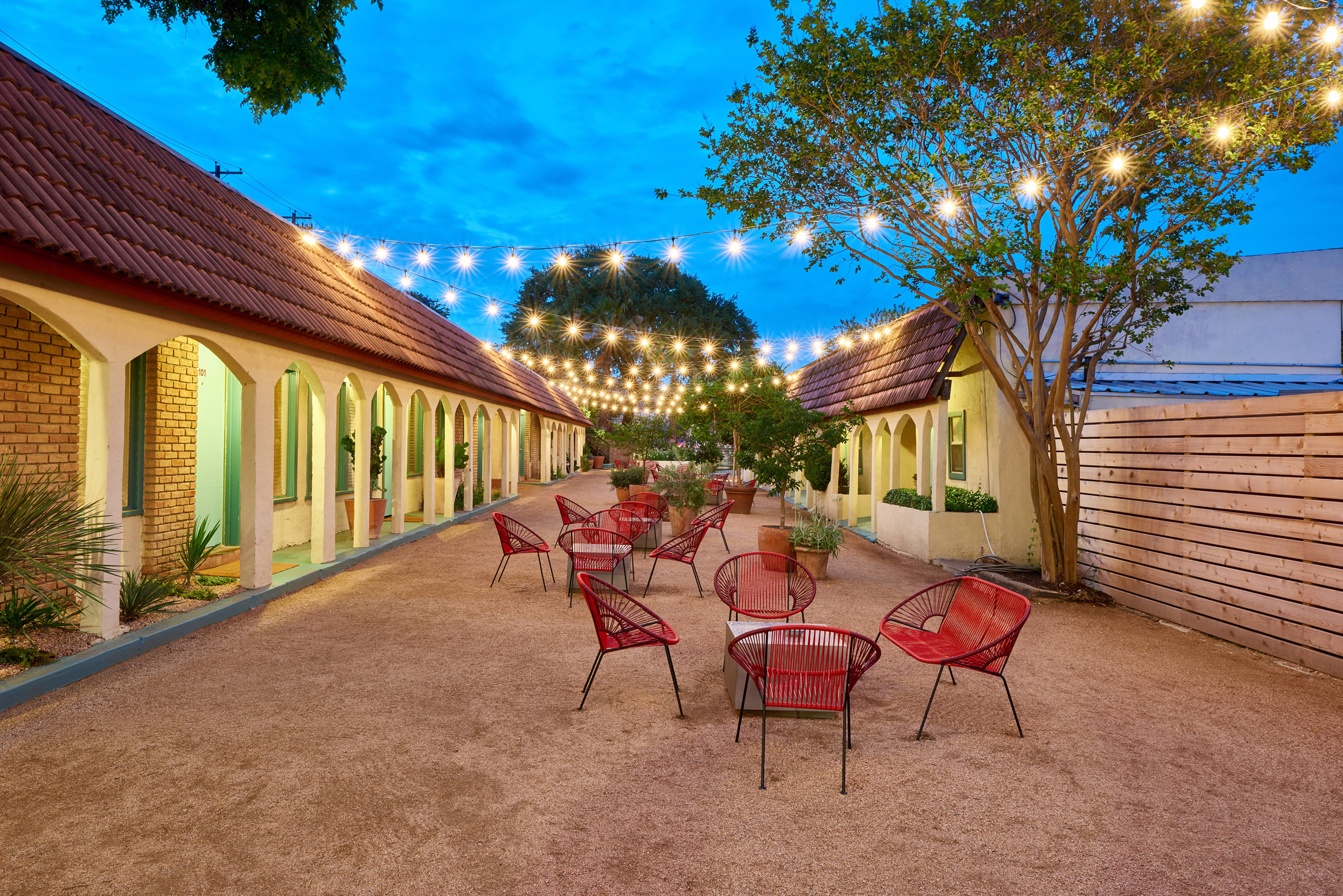 The lobby is designed to mimic a convenience store, with coolers for drinks and snacks, while a retail space with a minimal interior sells travel essentials, souvenirs and pool accessories. 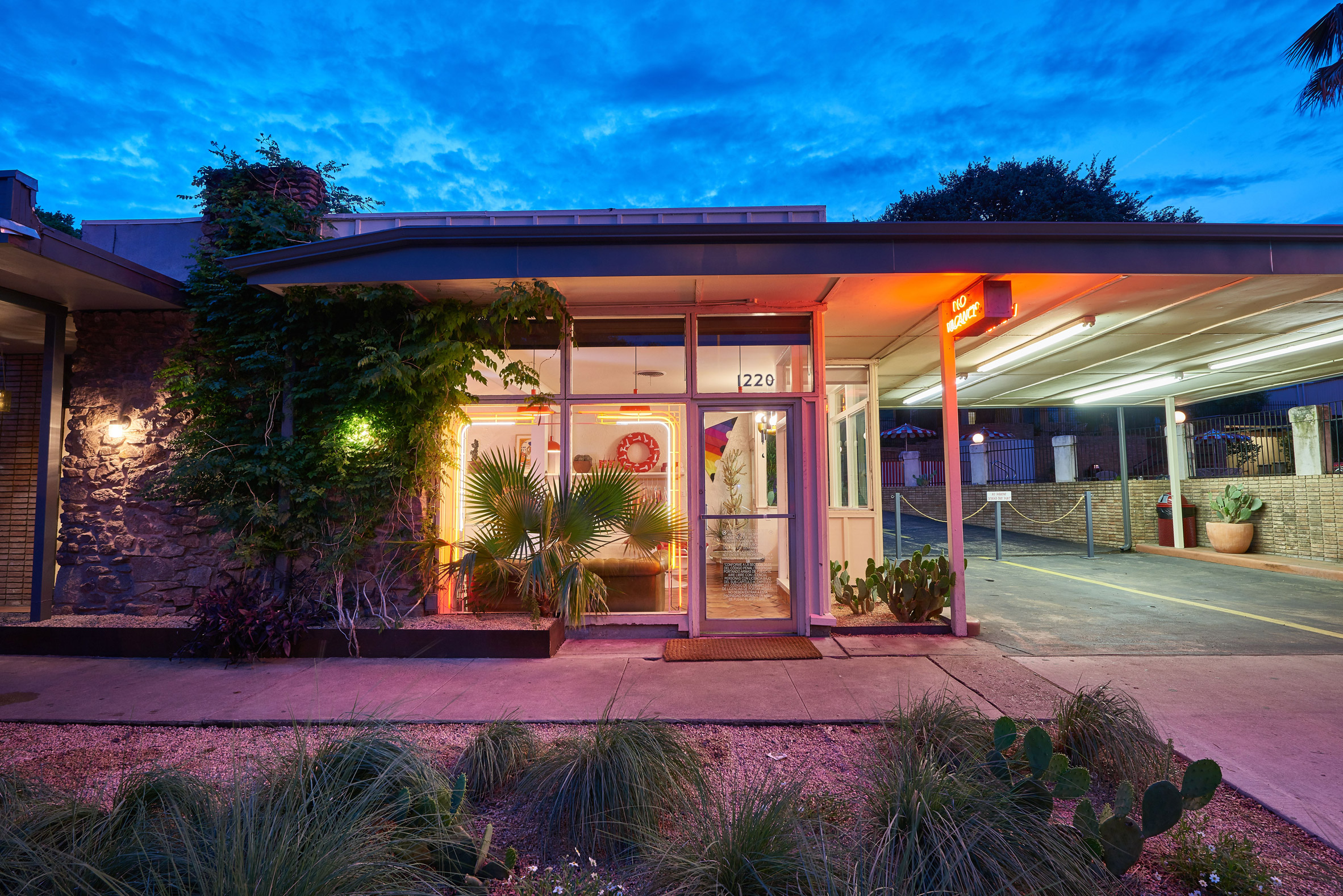 Bunkhouse operates a variety of locations across the US, and recently opened its first property in Mexico – a beachfront retreat on the Baja peninsula designed by Lambert and architecture firm Lake Flato. 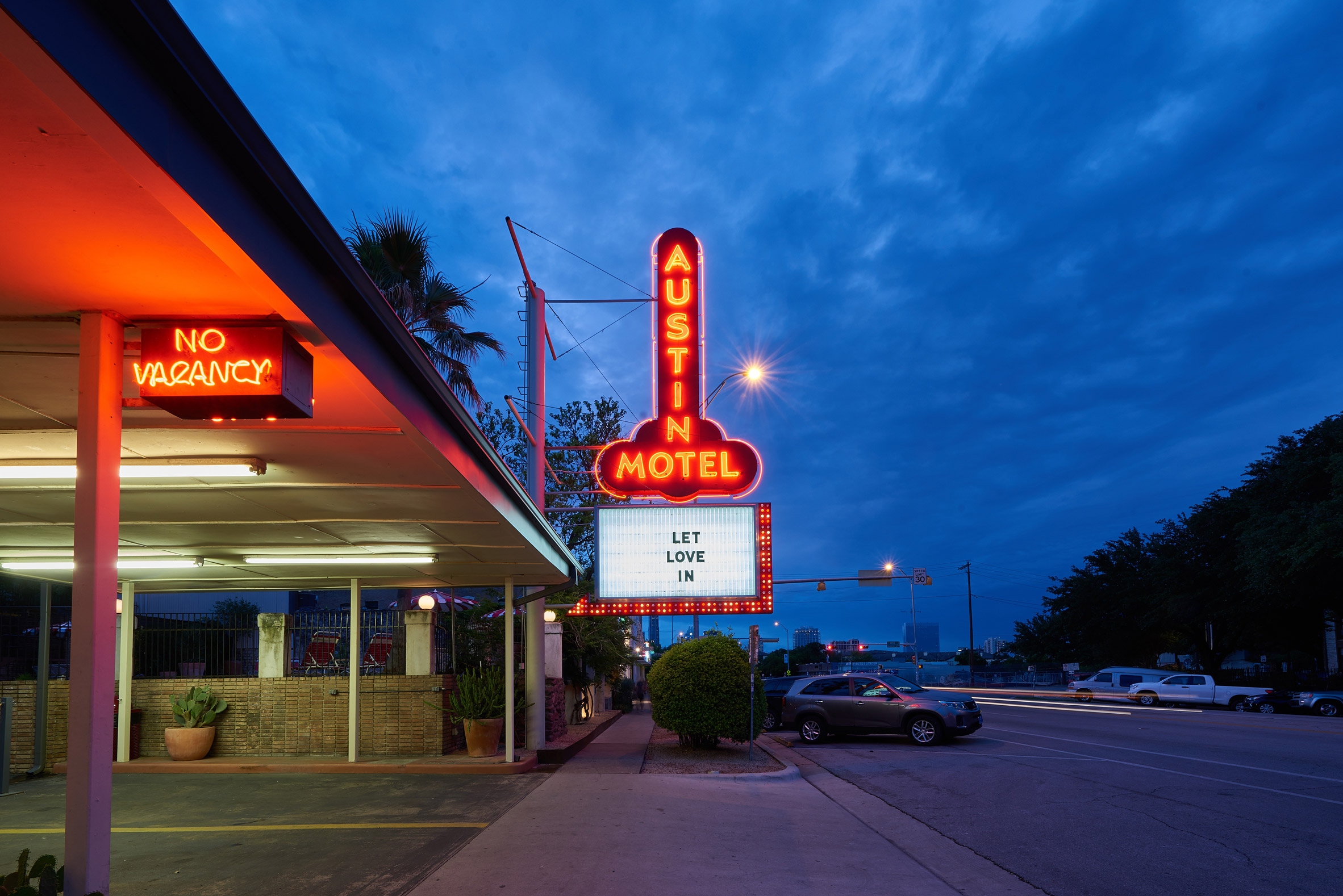 Other accommodation options in Austin include a hostel in a previously neglected stone building, transformed by Un.Box Studio. 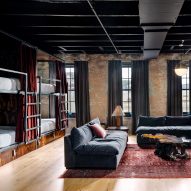