London practice Baca Architects has designed a cocoa pod-shaped treehouse for an eco hotel located on a secluded Panama island, which is accessible only by boat.

Baca Architects founder Richard Coutts was asked to design the treehouse as well as a larger residence for the Bíku Treehouse Retreat on the Bocas del Toro archipelago.

The chain of islands in the Caribbean Sea are known for their scenic natural parks, made up from forests and mangroves that provide a habitat for dozens of species. The treehouse’s design aims to take advantage of the idyllic setting through a broad panoramic opening at one side of its bulbous form, splitting it in two like a cocoa pod.

“The idyllic location is the greatest luxury. The resort is accessible only via boat, which will secure a stay not burdened by crowds of tourists,” said the team.

“The forms are inspired by cocoa pods and other seed structures found in the rainforests of Panama.” 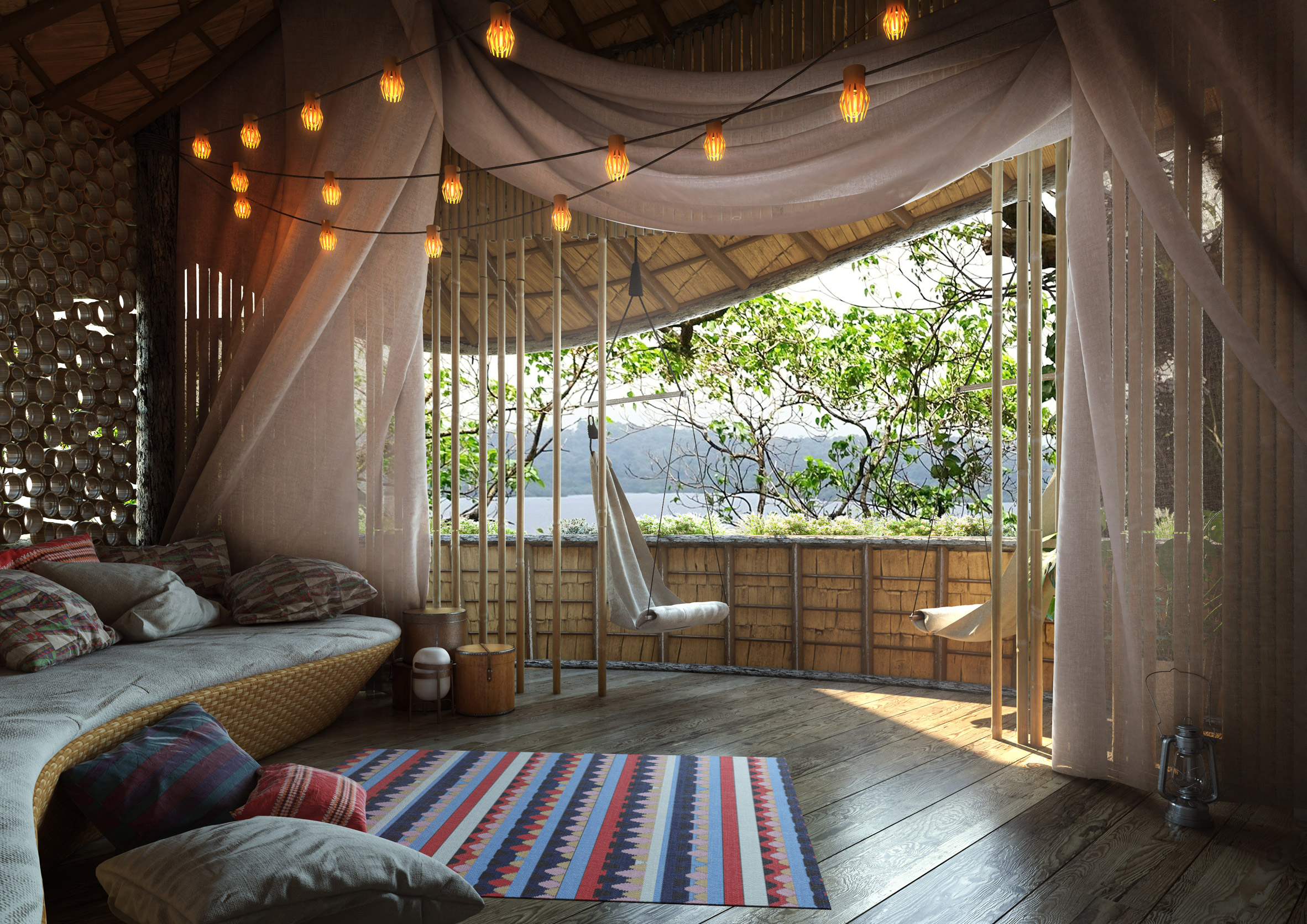 The architects selected bamboo as the primary material for the 25-square-metre treehouse, a decision taken due to abundance in Panama and to make use of local construction knowledge.

To reduce the need for construction vehicles on site, parts of the structure will be prefabricated and assembled on the island. This also means the structure can be deconstructed without leaving permanent traces on the site.

A spiral staircase wrapping the trunk of the host tree, as well as the treehouse’s cladding and structure, will all be made from bamboo.

The firm, best-known for its floating and flood-resistant architecture, used its expertise to consider how tropical rainfall and humidity might affect the design, shaping the treehouse to redirect rainwater and offer natural ventilation. 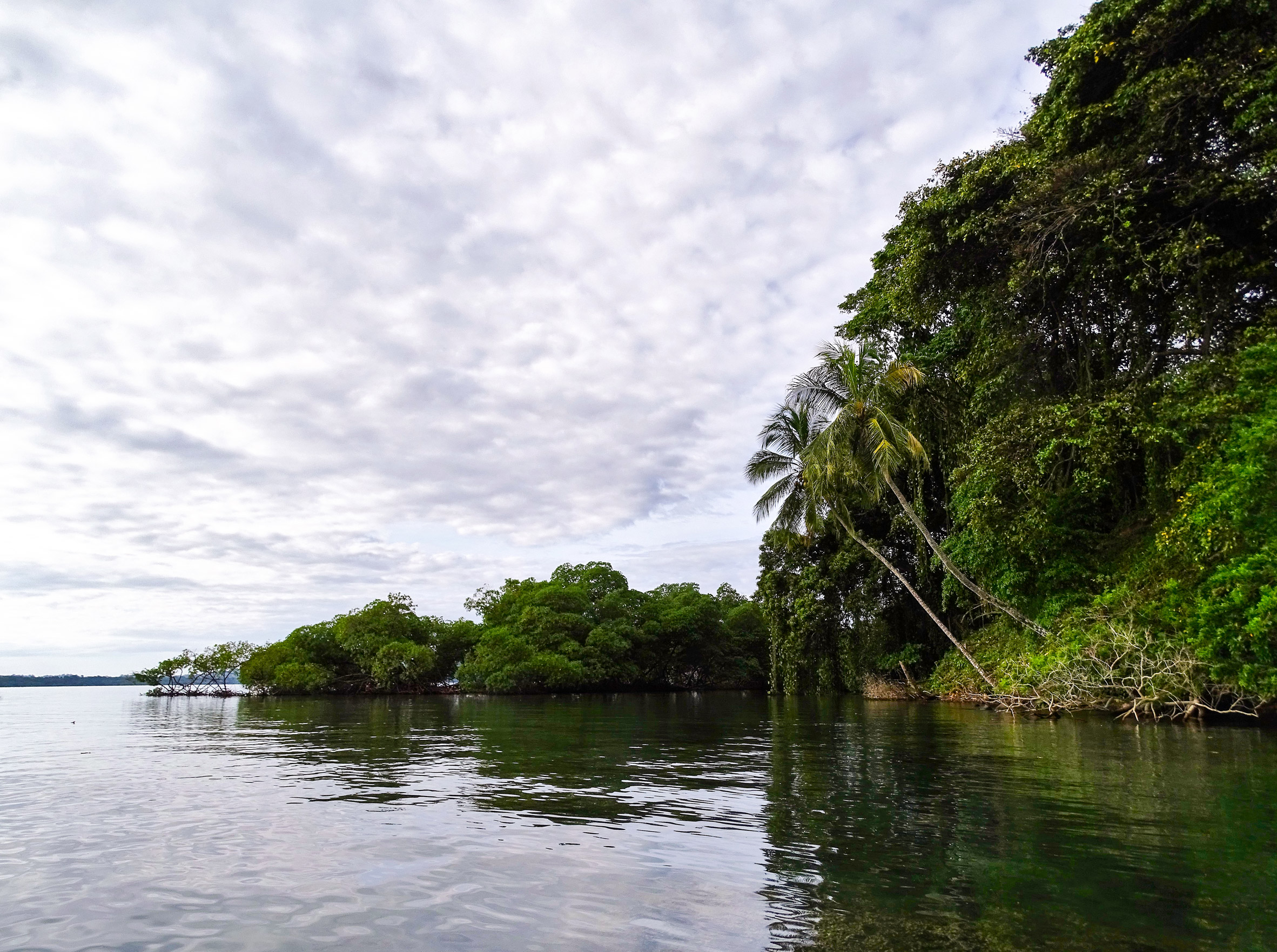 “Finding a way to use the trees to support the treehouse structures without damaging them was the first challenge we faced. The climate factors, such as the constant tropical rainfall, humidity and sun, had to be considered as major drivers of the design,” the architects told Dezeen.

“The open design of the treehouse gives the possibility for maximum exposure to the tropical jungle scenery and long-distance views to the Caribbean Sea, whilst at the same time must be closed to provide security and screening from mosquitos.”

The studio will also design a 250-square-metre lodge for the project, which came about when Coutts met the client during a live-drawing event at a trade show in London.

The additions to the hotel complex will be fully solar powered and make use of recycled water. Outdoor showers and eco toilets aim to further minimise the impact on the island. 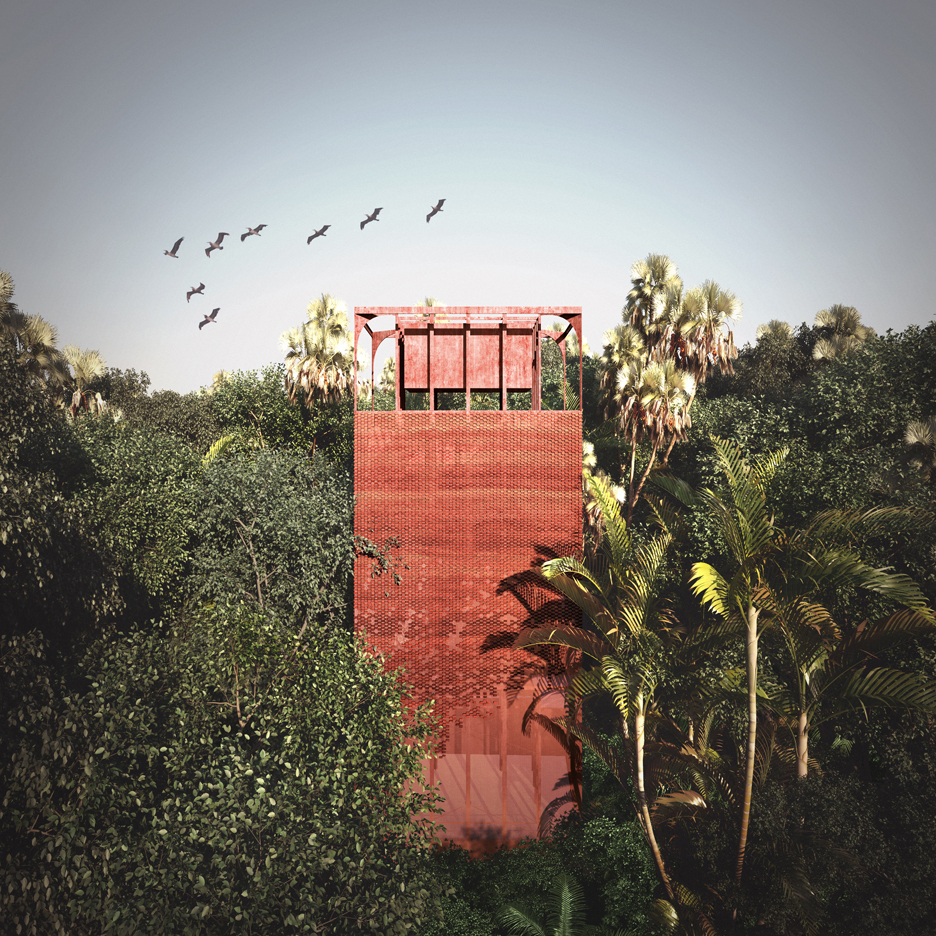