The Triple Duplex is meant to offer an alternative to the single-family homes that typically occupy the long, narrow lots that are ubiquitous in the Canadian city. The slender parcels generally measure 18 feet wide by 100 feet deep (5.5 by 30 metres).

The design was conceived in response to a charge by Toronto architecture critic Alex Bozikovic, who invited four firms to submit housing models that would generate discourse about shortcomings in the city’s planning policies. Bozikovic writes for The Globe and Mail newspaper. 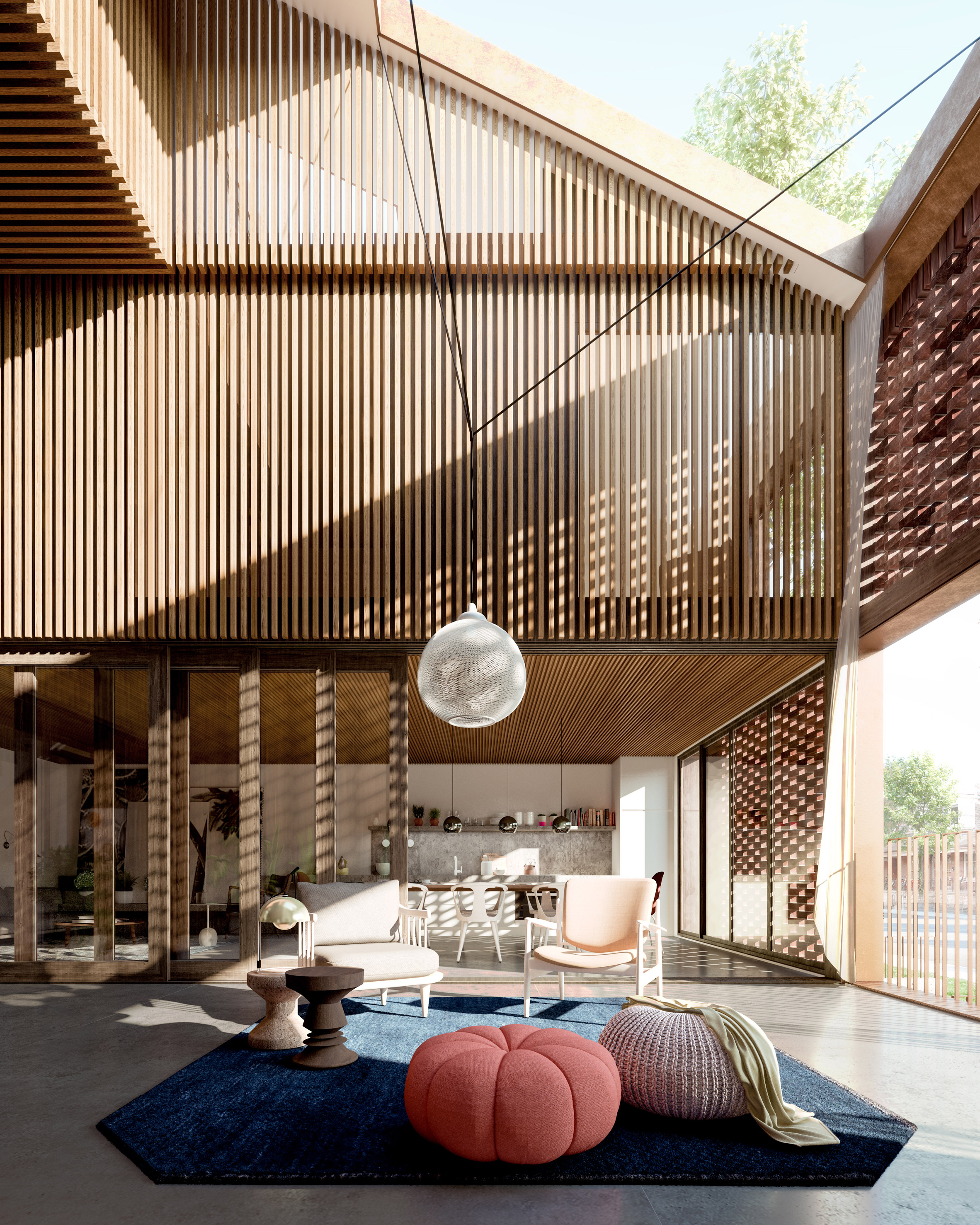 “The impetus for the Triple Duplex is derived from a fundamental disjoint in the current planning strategy,” said Batay-Csorba, a local studio established in 2010.

“Current planning policy concentrates growth of new housing units primarily in the small part of the city zoned for high-rise condo development, while greatly restricting change within the low-rise residential neighbourhoods, which constitute the majority of the city’s land area.”

In its effort to protect the character of low-rise neighbourhoods, the city tends to favour single-family homes over multi-unit buildings, resulting in a lack of affordable housing. This approach is particularly problematic given the city’s population growth. The Toronto metropolitan area has six million residents – and that number is expected to double by 2041, the firm said. 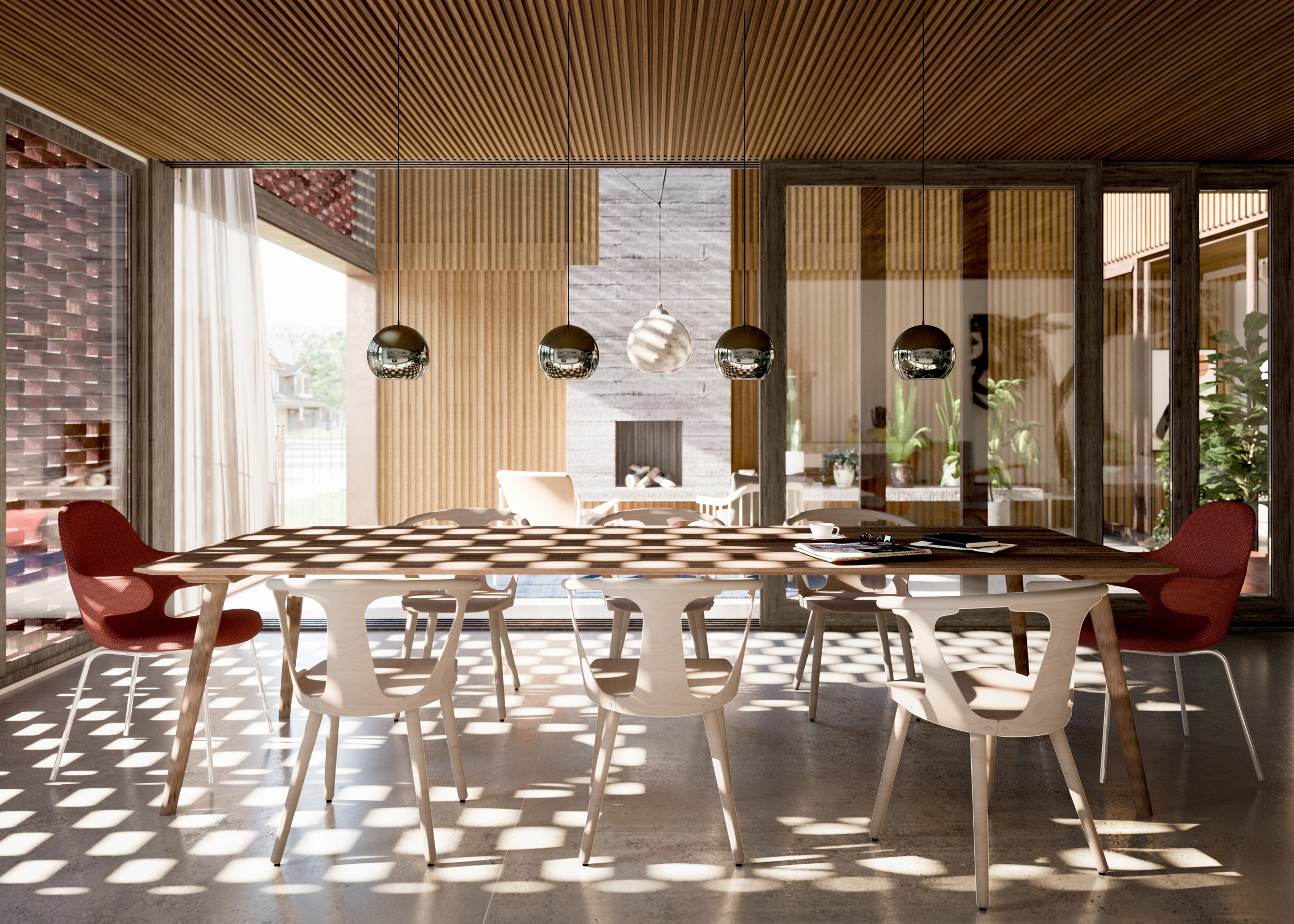 In response to the need for creative housing solutions, Batay-Csorba has conceived a low-rise residential building that contains six units. A hypothetical site was chosen for the project: a residential street near Toronto’s Christie Pits neighbourhood.

The project would require the purchase of two adjacent lots, resulting in a property size of 36 feet wide by 100 feet deep (11 by 30 metres). In the firm’s scheme, the building stretches across the conjoined properties and consists of three duplexes.

Square in plan, the duplexes are placed back to back – with one in the front, one in the middle, and one in the rear. The entrances to the front apartments face the street. The middle and rear units are accessed via pathways that stretch along the sides of the building. Each duplex has a three-storey dwelling and a basement-level unit.

Exterior walls are faced with multicoloured brick. Masonry screens lend a sense of lightness to the facades, while also delivering filtered light to the apartments. The screens also keep with the scale of the windows found on traditional homes in the area.

To further help the building fit with the context, the team has ensured that floor and roof datums align with those of neighbouring structures.

“When viewed from the street, the building’s sensitive massing is in keeping with the small-scale charm of the neighbourhood and disguises its density with that of the context,” the team said.

The dwellings offer ample space, with the three-storey units measuring 1,706 square feet (158 square metres). Public functions are situated on the ground level, with bedrooms placed up above. The master suite on the third floor connects to a terrace. 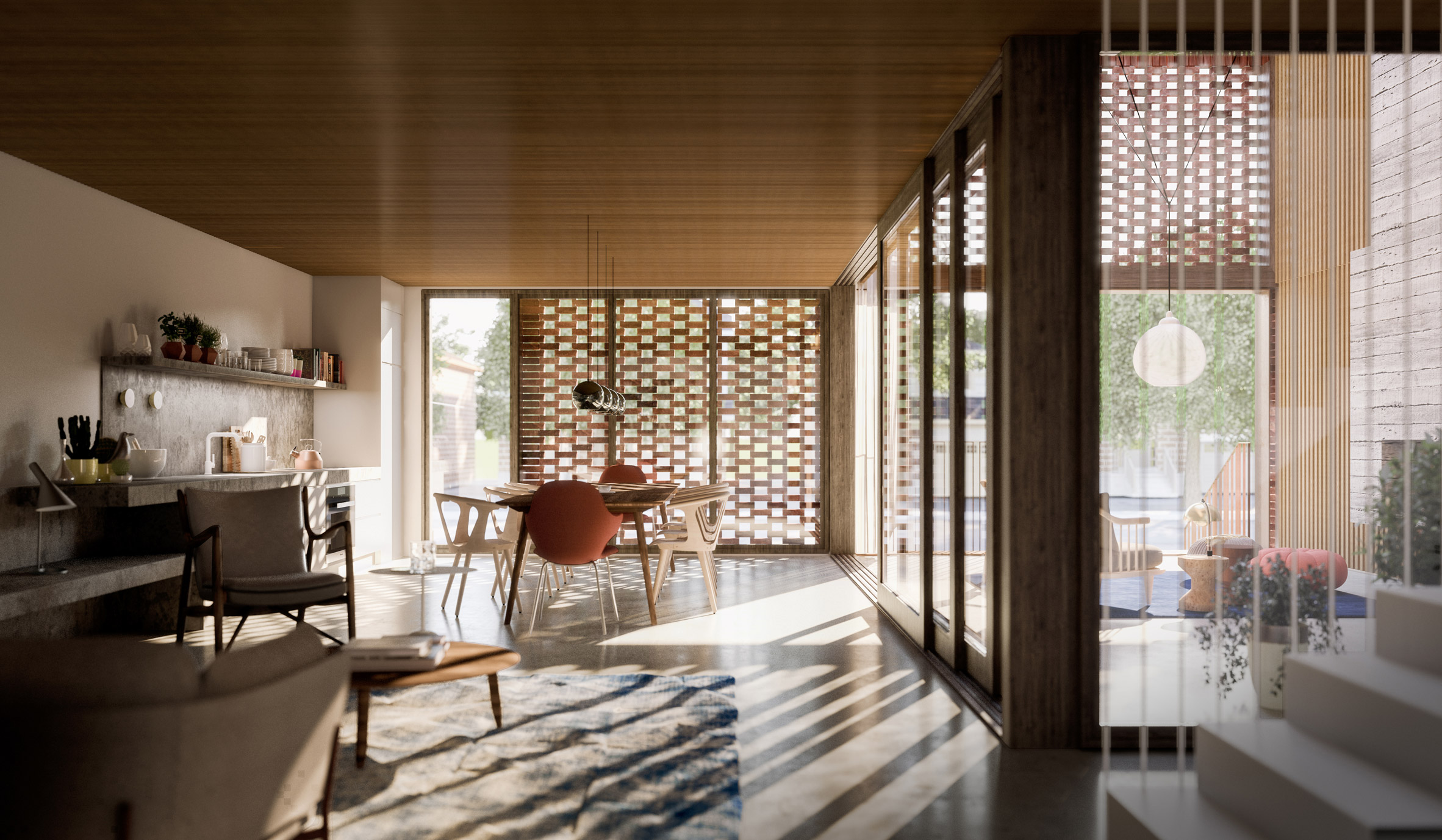 For each three-storey unit, the team incorporated a generous courtyard. An in-floor radiant heating system and exterior-grade fabric curtains enable the semi-enclosed courtyards to be used beyond the warm summer months.

“Rather than being relegated to front and backyard bookends, outdoor space now participates in the daily lived experience and functional square footage of the home,” the team said.

The front and rear apartments each contain a kitchen, dining area, living room and three bedrooms. The middle apartment – envisioned as a multi-generational suite – houses a living room, kitchenette and two bedrooms. 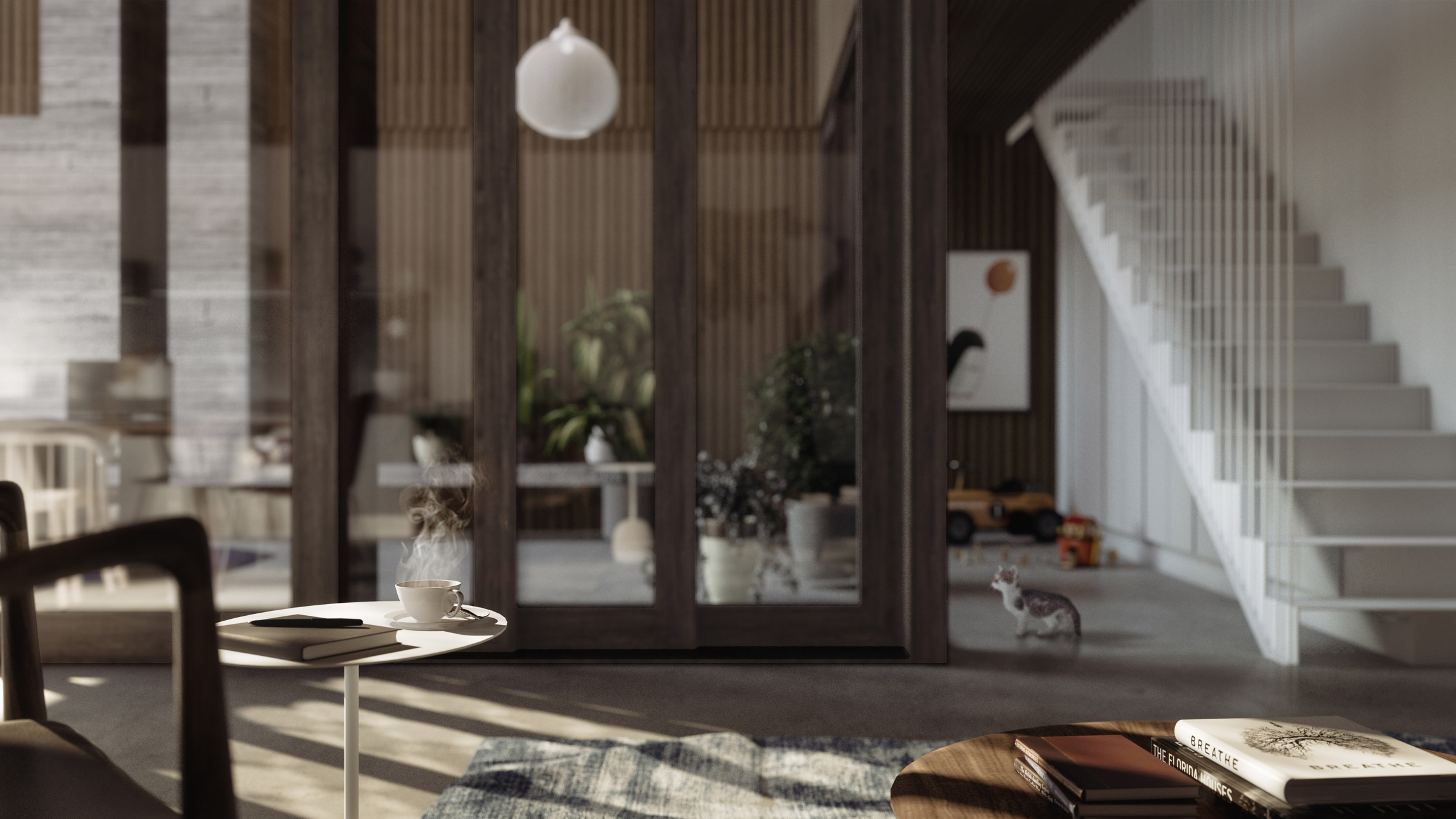 Batay-Csorba’s Triple Duplex design is meant to operate at “both the scale of the individual inhabitant and of the society as a whole”. The firm estimates that if its duplex buildings were constructed on lots currently occupied by semi-detached homes, they would contribute 147,000 new apartments to Toronto.

“Its potential lies in its leveraging of the peculiarities of the Toronto context to allow for a densification of the residential fabric while respecting and enhancing its best qualities,” the studio said.

The project continues Batay-Csorba’s ongoing research into how to create density in under-utilised neighbourhoods in Toronto. Other residential projects by the studio include Double Duplex, faced with wooden screens, and Core Modern Homes, which features apertures that take cues from Victorian bay windows.

Renderings are by Norm Li.