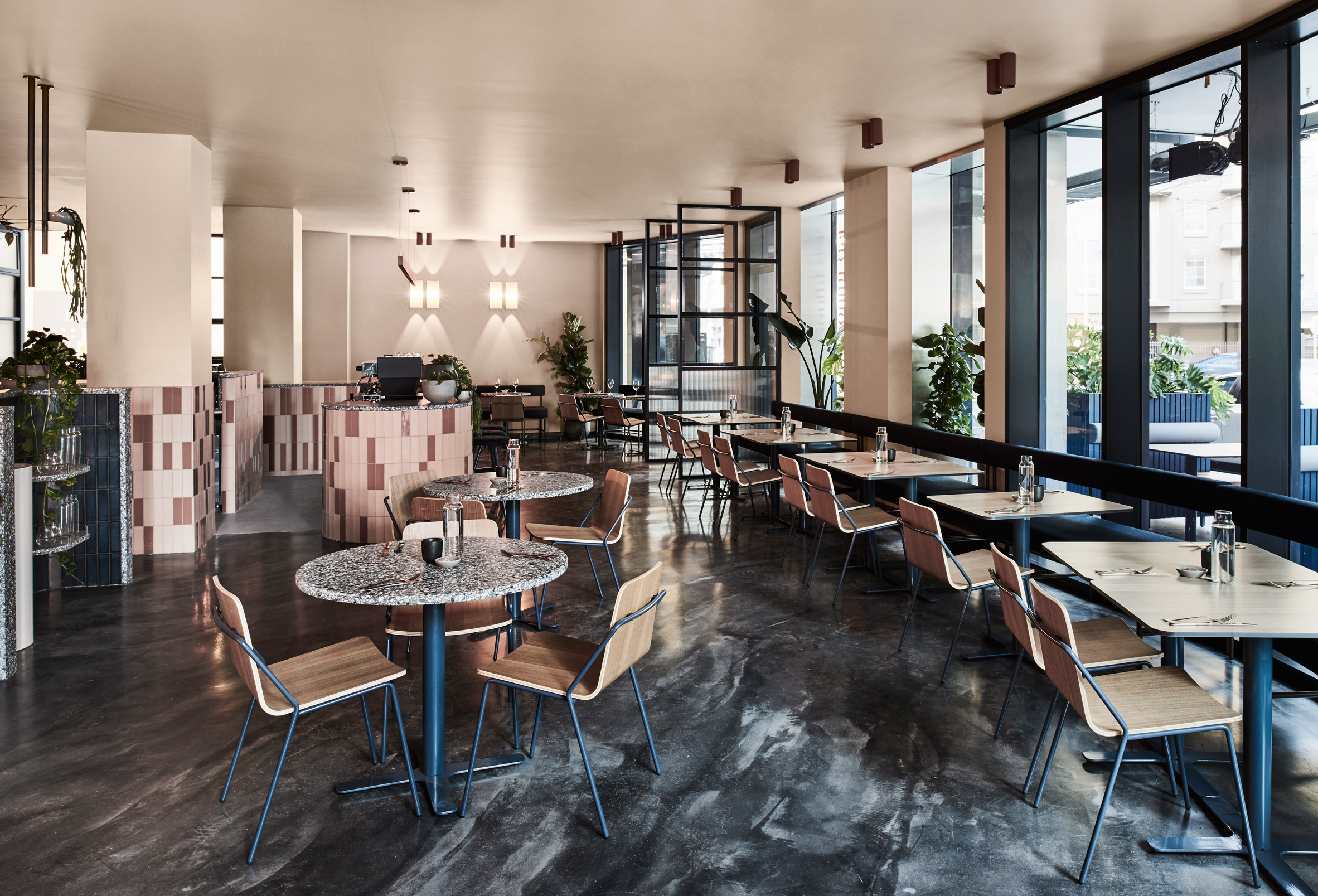 Named Middle South East to reflect its range of influences, the restaurant is located on Chapel Street in South Yarra. It features an open interior and bar seating designed to encourage diners to interact with staff.

Biasol decked out the 228-square-metre space in light and dark terracotta, including tiles that wrap around the central bar and angular wall, and pendant lighting in contrasting shades of pink. 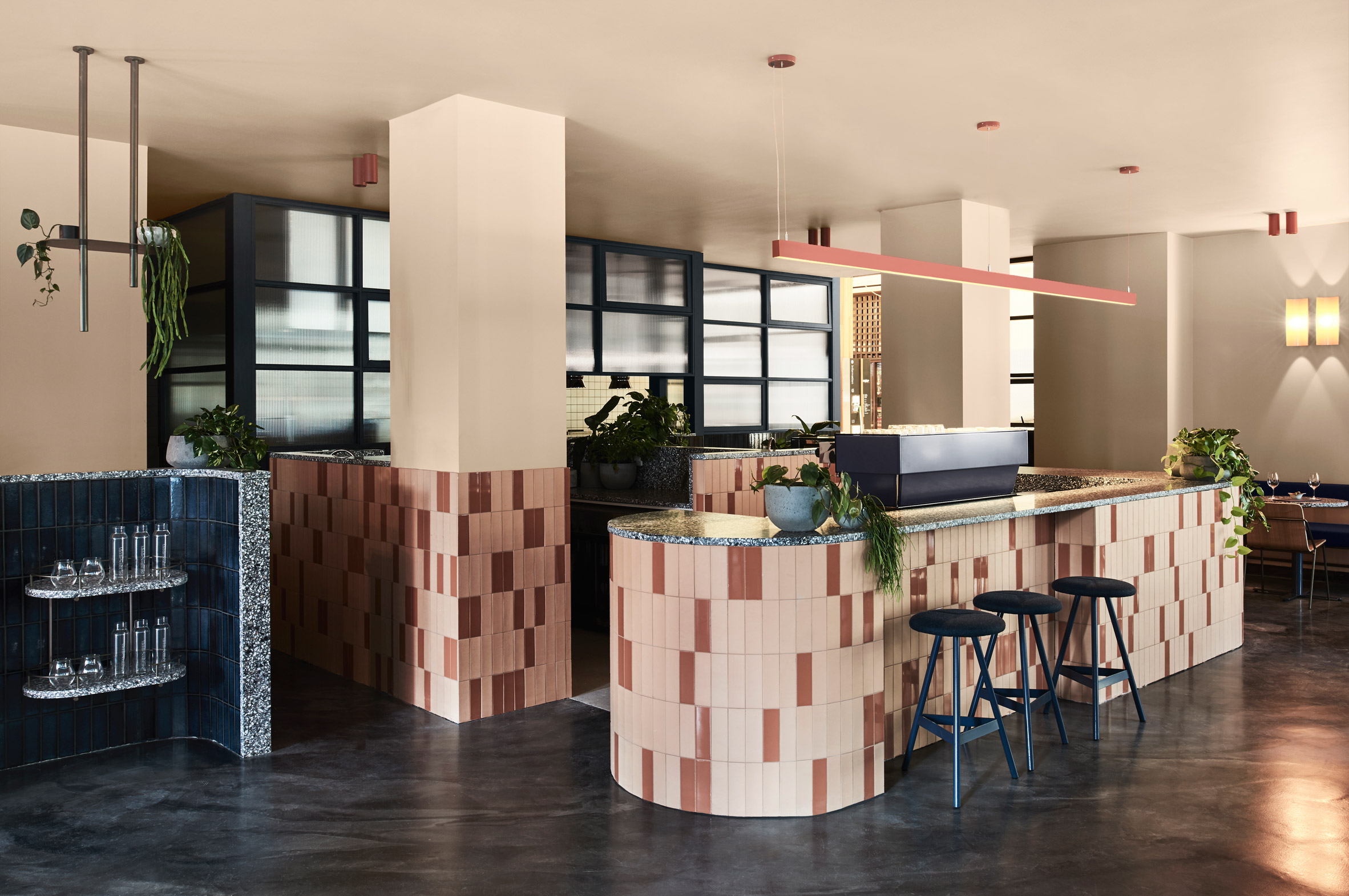 The centrepiece of the room is a blue-tiled water station with terrazzo shelving and a tall tap in the style of a drinking fountain.

These details are echoed elsewhere in the restaurant, which has a terrazzo stone bar, dark blue stools and booths, and the same tiles on the building’s exterior. Greenery is also dotted about the space. 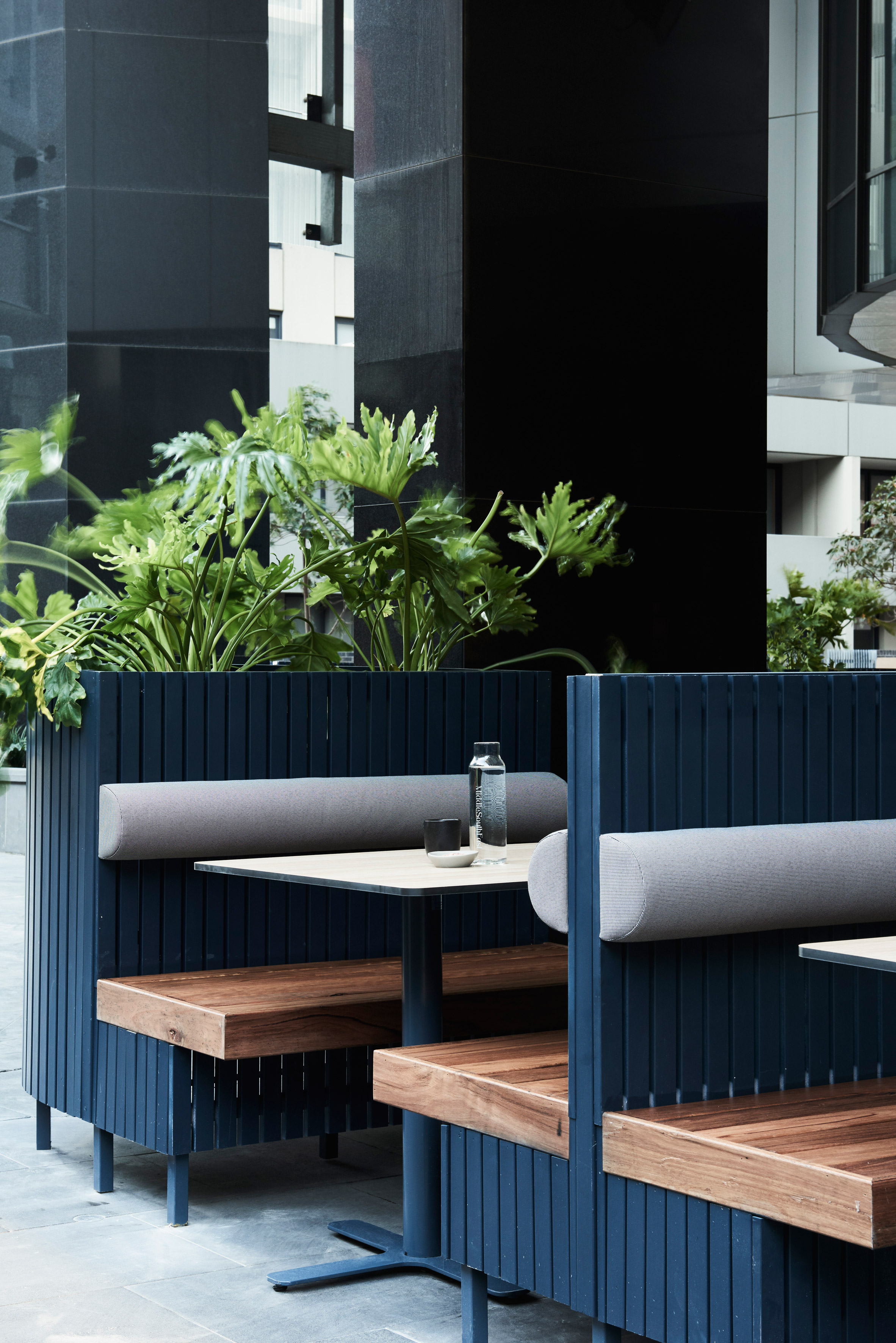 “In crafting the restaurant’s materiality and colour palette, we turned to the evocative earthiness of Middle Eastern architecture,” said Jean-Pierre Biasol, who founded the studio in 2012. 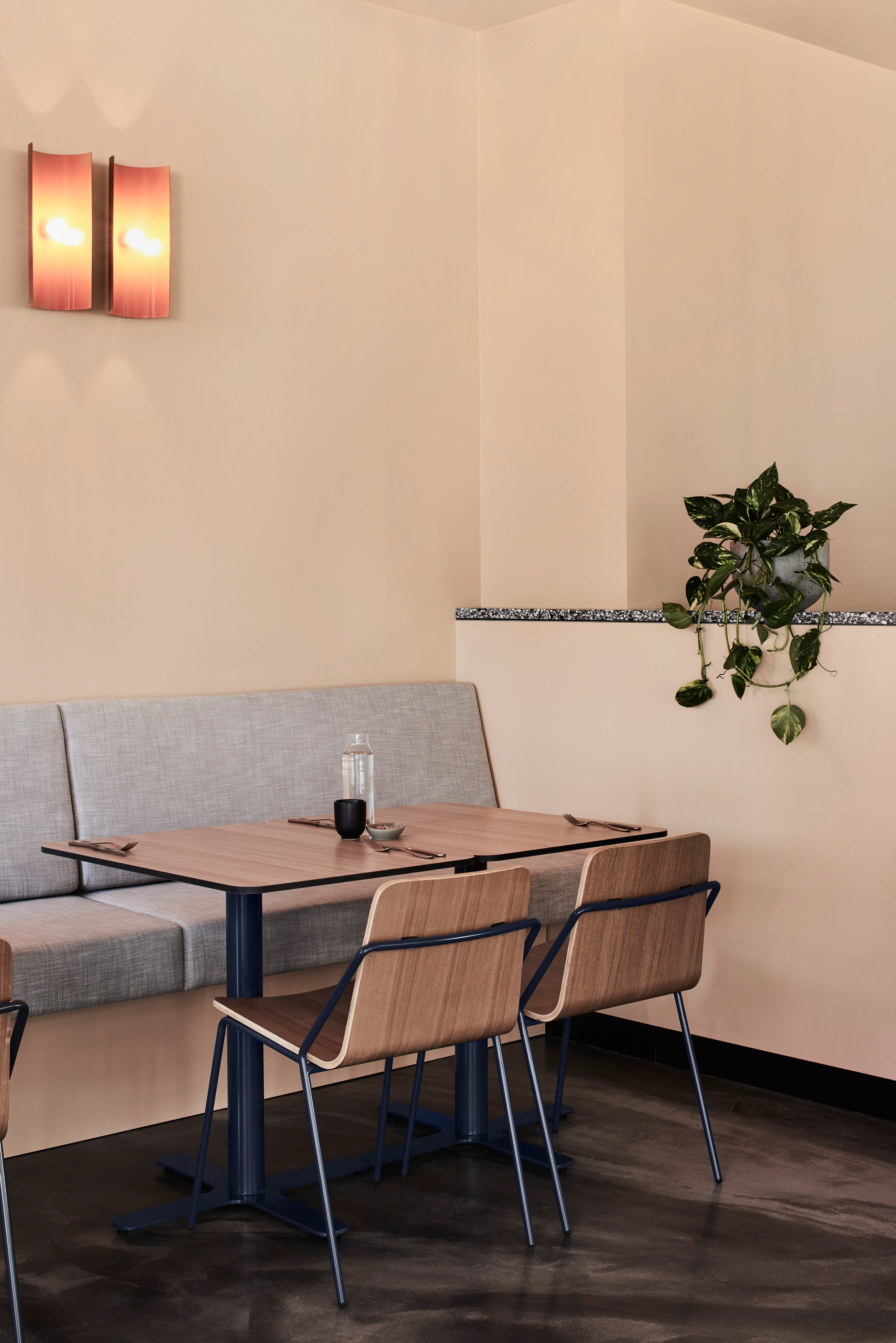 “Comfortable and vibrant, Middle South East is designed to celebrate a cultural tradition of generous hospitality, through a modern Australian lens.” 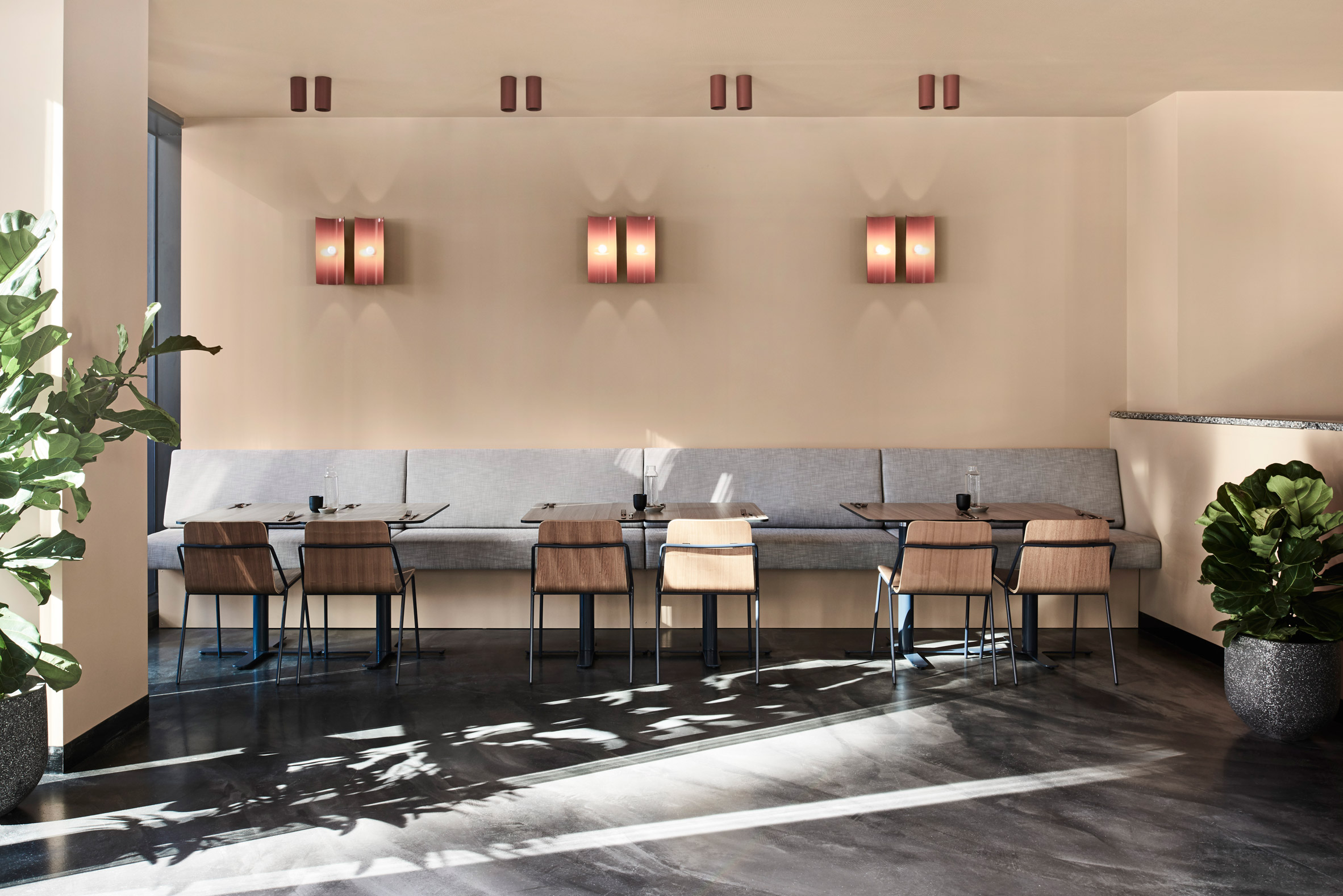 Biasol also created a coffee and takeaway stand for outside the bar, as a way of “projecting the restaurant’s conviviality outward”.

The studio works across interior, product and branding design, and has completed projects in London and Melbourne – including a marble and velvet cocktail bar and a pale concrete cafe.