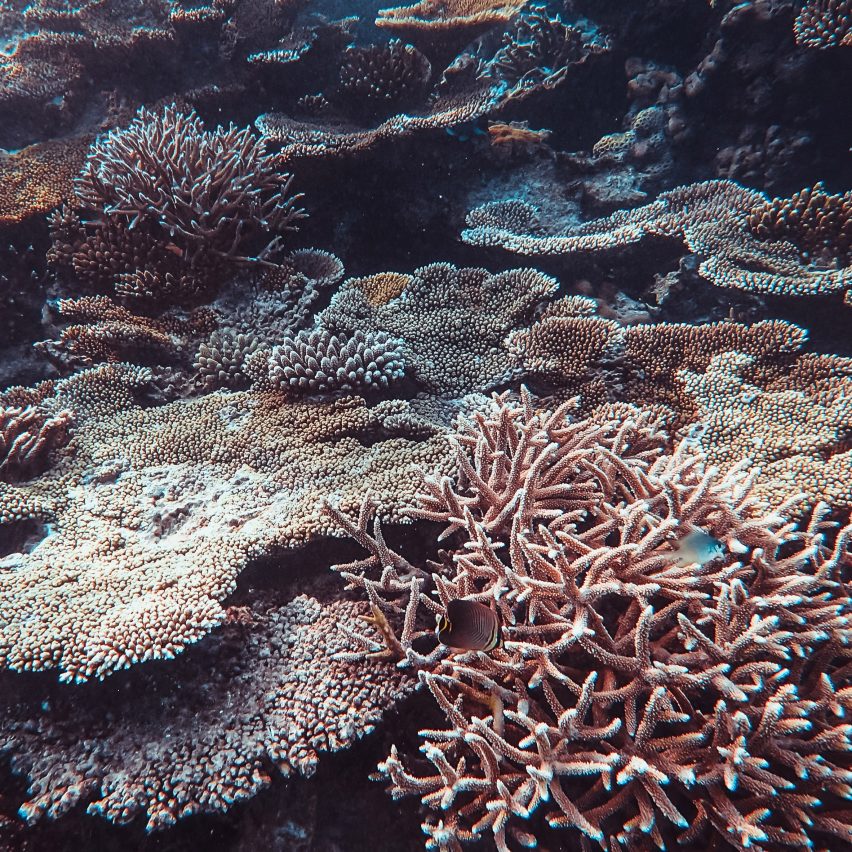 Cities could help stop climate change by imitating natural processes that remove carbon dioxide from the atmosphere, according to architect Michael Pawlyn.

Buildings could be constructed from materials containing atmospheric carbon that can be recycled at the end of their lifetime, Pawlyn said.

New types of carbon-rich concrete and bioplastics could lock up large amounts of the element, he suggested.

“We need to find ways of using materials that take carbon out of the atmosphere,” he told Dezeen. “Can we learn from biology to design a built environment that has a net positive impact?”

Pawlyn, founder of London studio Exploration Architecture, is a proponent of biomimicry, a discipline that looks to nature to find solutions to human needs.

“Biomimicry involves a complete rethinking of the type of materials we use and the way we put them together,” he said.

Architects and scientists should collaborate to develop materials that mimic natural climate-regulating systems on earth, said Pawlyn, who is one of the originators of the Architects Declare climate action group.

“That gives us a real chance to reintegrate what we do into biological systems and end up with buildings and cities that are zero waste, use far less material, emit no pollution and deliver net benefits,” he added.

“We can get to a point where architecture is actually producing a positive impact.”

Pawlyn made the comments in a panel discussion about architecture, nature and technology held as part of Dezeen’s Design for Life collaboration with Dassault Systèmes.

Pawlyn described how, over millions of years, carbon was removed from the atmosphere by plants and micro-organisms that in turn transformed into fossil fuels and minerals such as limestone. This process made the earth habitable for humans.

Other bio-mineralisation processes that turn carbon into solid mass include coral reefs – and coccolithophores – tiny marine organisms with shells of calcium carbonate. These sink to the bottom of the ocean when they die, eventually forming layers of chalk.

“We could learn from that and decide that we’re actually going to make more stuff using atmospheric carbon,” he said.

Using wood and other carbon-rich natural materials is one way of doing this.

“Another good example is making biologically-derived polymers that can be used to 3D-print efficient and beautiful structures,” Pawlyn said.

But the biggest impact would come from developing concrete that absorbs CO2 rather than emitting it.

Concrete and cement are among the biggest contributors to global warming, accounting for around eight per cent of global CO2 emissions, according to a 2018 study by Chatham House.

“There are some obvious examples such as using wood but also some emerging ones such as making cement or aggregates in a way that mimics forms of bio-mineralization like coral growth,” Pawlyn said.

Several companies are developing concrete that uses carbon as a raw material. Blue Planet, for example, is working on a product that is 44 per cent carbon dioxide. The manufacturing process mimics the formation of ooids – naturally occurring grains that are coated in calcium carbonate.

Blue Planet estimates that more than half of all human-produced atmospheric CO2 – 22 billion tons – could be sequestered if the construction industry switched to the material.

“Really there ought to be a form of concrete now that does the equivalent of coral, which is taking carbon out of its environment and sequestering it into a rigid mineral structure,” he added.

“We’re not quite there yet, but we should be able to get that.”

Photograph is by Yang Weve via Unsplash.

The post Biomimicry could lead to cities that "deliver net benefits" in the fight against climate change appeared first on Dezeen.