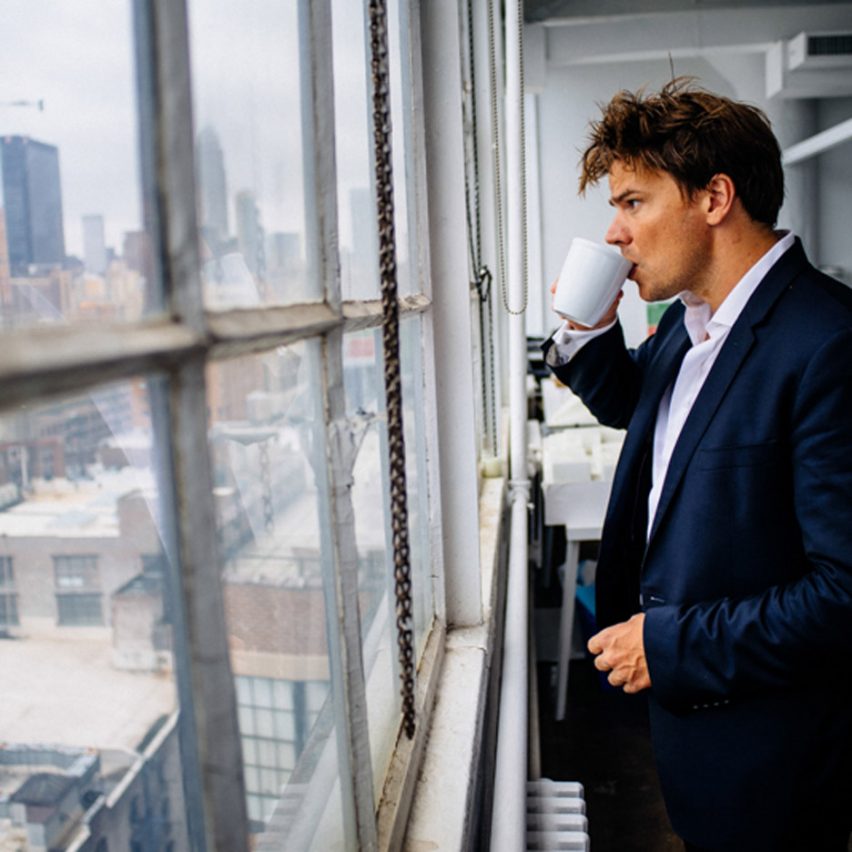 Smart ranked the Danish architect’s Via 57 West project in Manhattan as one of his 10 favourite modernist buildings in North America and said: “Bjarke Ingels is this century’s Frank Lloyd Wright and I’m going on record with that statement.”

USModernist is a nonprofit organisation that documents, promotes and preserves modernist architecture in America founded by Smart, who has dedicated his career to lobbying for modernist buildings to be recognised as important pieces of architectural history.

He included Ingel’s Via 57 West 2006 “courtscraper” block among his ten favourite modernist buildings in North America.

All the other buildings on the list, which Smart put together for Dezeen, were built in the last century.

Via 57 West is a tetrahedral apartment building that is “a combination of a skyscraper and a courtyard building,” as Ingels described it in an interview with Dezeen.

“All I want for Christmas is an apartment in this building, which sets the tone for a new era of modernism in New York City,” Smart told Dezeen, comparing the Dane to one of the towering greats of twentieth-century American architecture.

Over the course of his 70-year career, Frank Lloyd Wright pioneered the development of a modern style of American architecture. Dubbed Prarie style, his works rejected ideas of American buildings as derivative European styles and focused on designs that complemented the landscape of the American midwest.

In 2019, eight of his buildings were added to the UNESCO World Heritage List, including his famous house in Pennsylvania, Fallingwater. Smart credits his first visit to Fallingwater in 2007 as the igniting spark for his passion for modernist architecture.

Smart is not the first architecture expert to draw a link between the giant of 20th-century architecture and one of the 21st century’s biggest industry names.

Architecture journalist and reporter for the New York Times Sydney Franklin once described Frank Lloyd Wright as “the less rockstar-like, more jazzy predecessor of Bjarke Ingels” in an opinion piece for Architezer.

Born in 1974, Danish architect Ingels has built a reputation for high profile contemporary architecture. Recent projects from his practice BIG include a power plant in Copenhagen that doubles as an urban ski slope.

Via 57 West was Ingels’ first completed project in America. The residential building’s unusual shape is designed to optimised views for all of the apartment residents.

Unlike Frank Lloyd Wright, Ingels has deliberately eschewed developing a recognisable style for BIG. “Having a style is almost the sum of all of your inhibitions,” he told an interviewer in 2019. “It’s like a straitjacket.”

But like Frank Lloyd Wright, Ingels expanded his remit beyond buildings and into urban planning, including a masterplan for Pittsburgh in 2015 and design for a series of artificial islands in Malaysia. In 2020 the Danish architect set his sights even higher with Masterplanet, his 10-point plan for rezoning the Earth to manage climate change.