Australian practice Breathe Architecture has transformed the former headquarters of Paramount Pictures in Sydney into a boutique hotel with warm and tactile interiors. 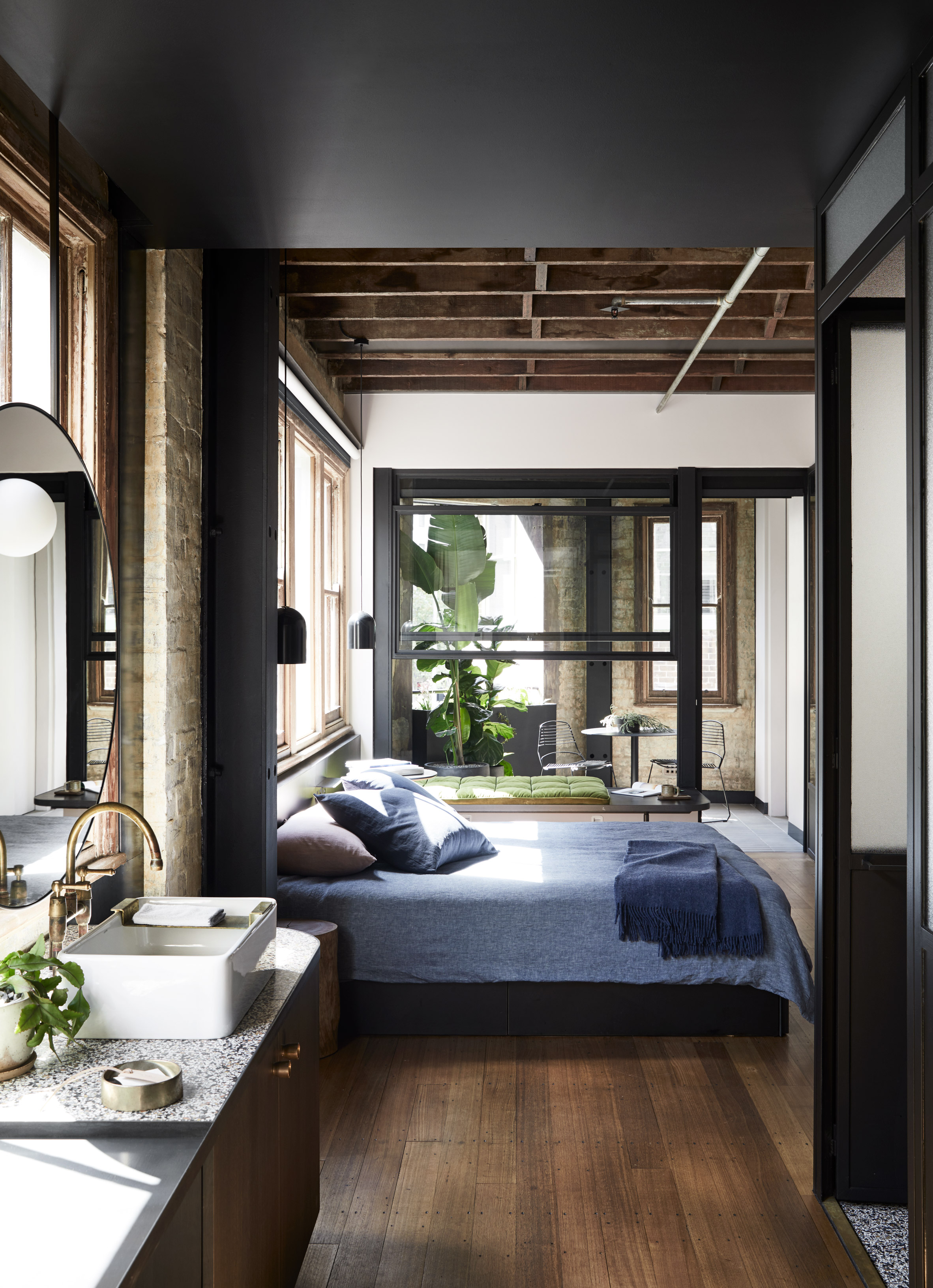 The Paramount House Hotel is situated on Commonwealth Street in the trendy Surry Hills surburb, set within the former headquarters of film studio Paramount Pictures and an adjacent warehouse.

The two buildings were restored and linked together with a two-storey extension in a nine-year project by local practice Fox Johnston. 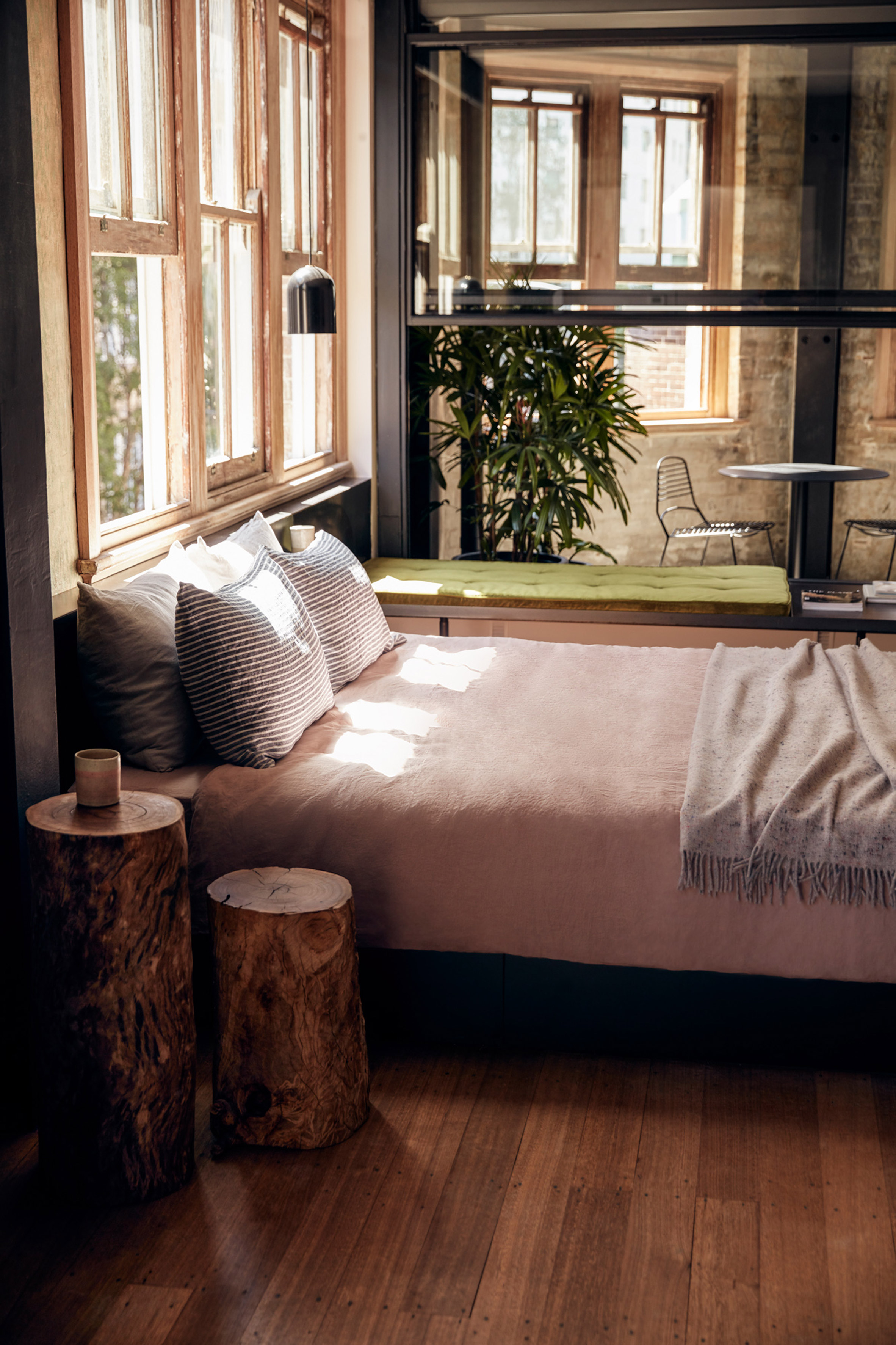 The clients stated that the architects should use “the imperfect former warehouse as raw, rich backdrop, and [create an] impressive variety of suite types to ensure an engaging visit every time.” With this in mind the architects created 29 guest suites that blend original and contemporary details. 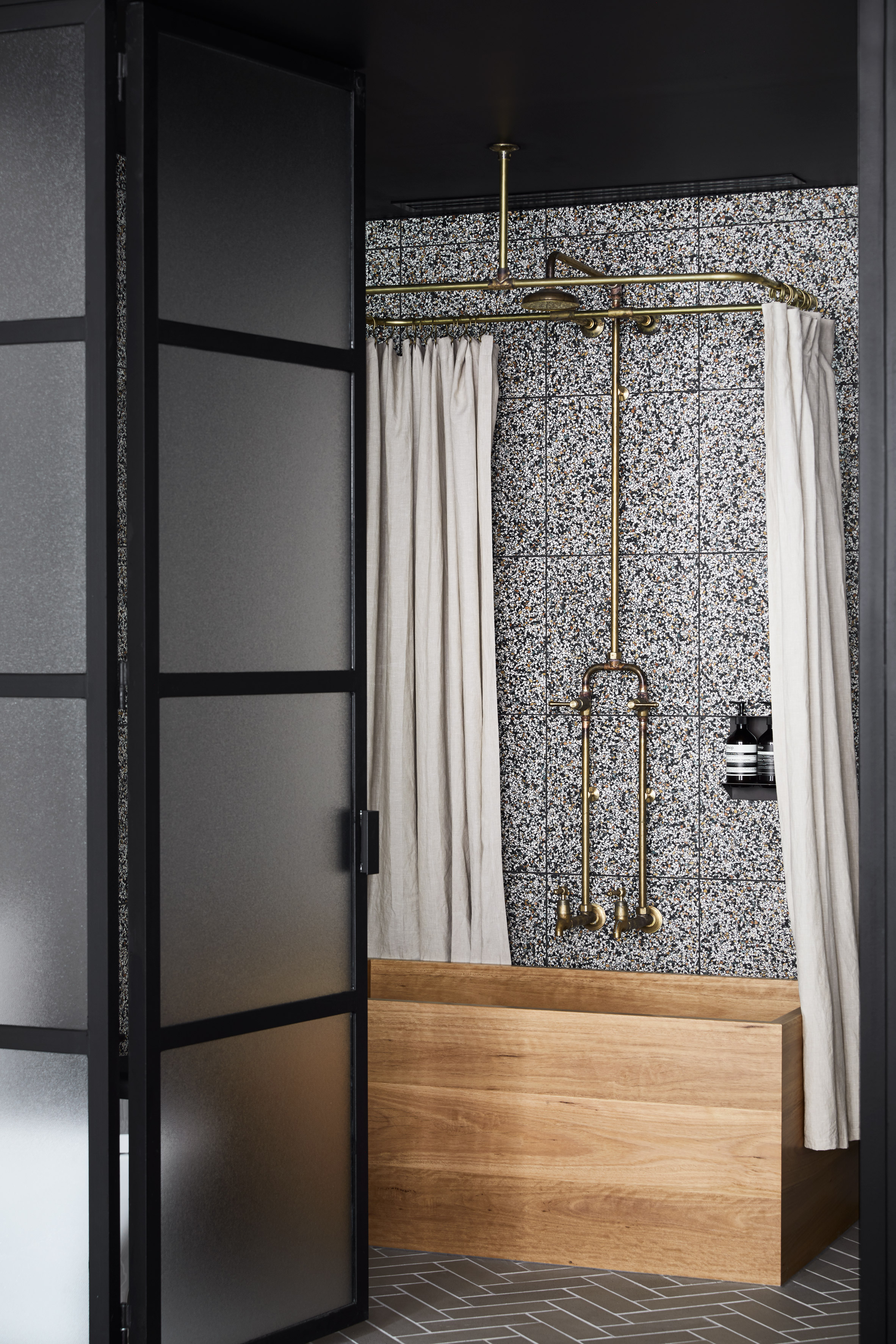 “Working intimately with an existing building fabric brought its own inherent challenges from a design, acoustic and fire rating perspective,” the practice told Dezeen.

“However, harnessing these quirks as opportunities is what makes this building so tactile, unconventional and intriguing for guests.” 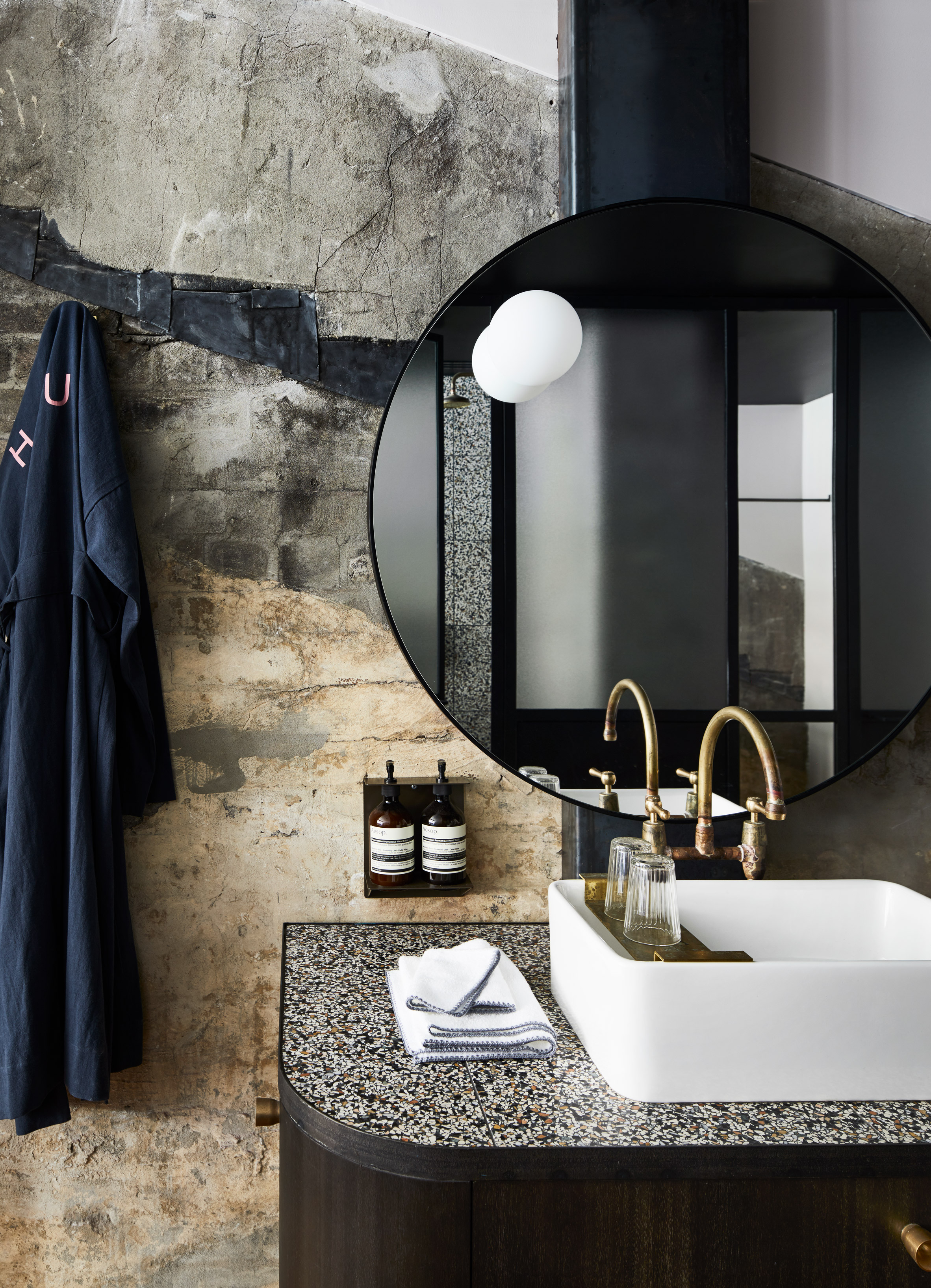 Worn brick walls in the bedrooms have been paired with new timber floors and exposed concrete ceilings. Bathrooms have been completed with terrazzo tiles and wooden baths meant to resemble those traditionally seen in Japan.

Several of the suites come with plant-filled terraces, separated from the rooms by black-framed panels of glazing. 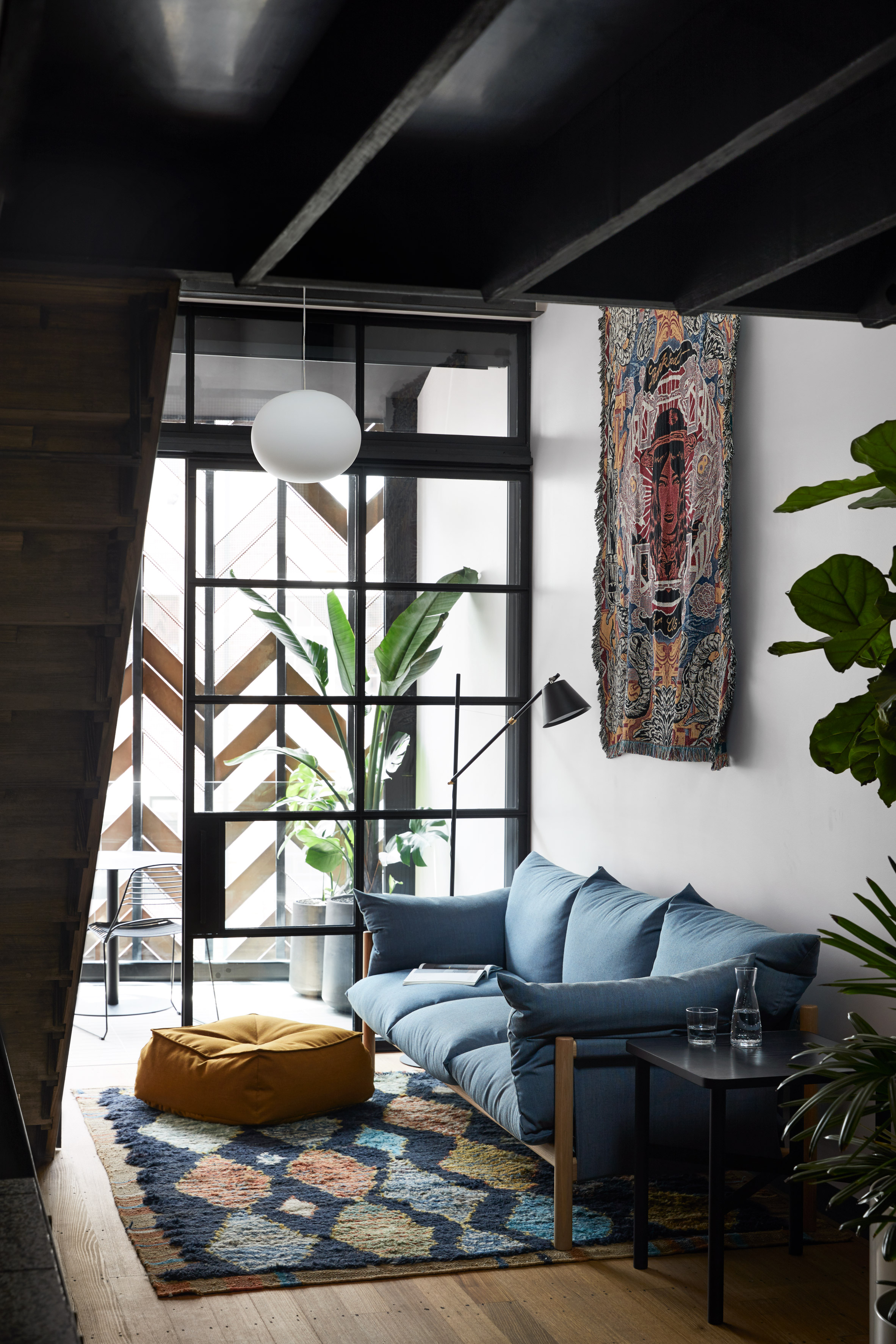 Splashes of colour are provided by soft furnishings and bed linens that are in shades of burnt orange, forest green or deep blue. Patterned wall hangings and rugs have also been used for decoration.

“Rather than having specific features or themes for each room, the emphasis is instead on comfort, adaptability and robust tactility,” said the practice. 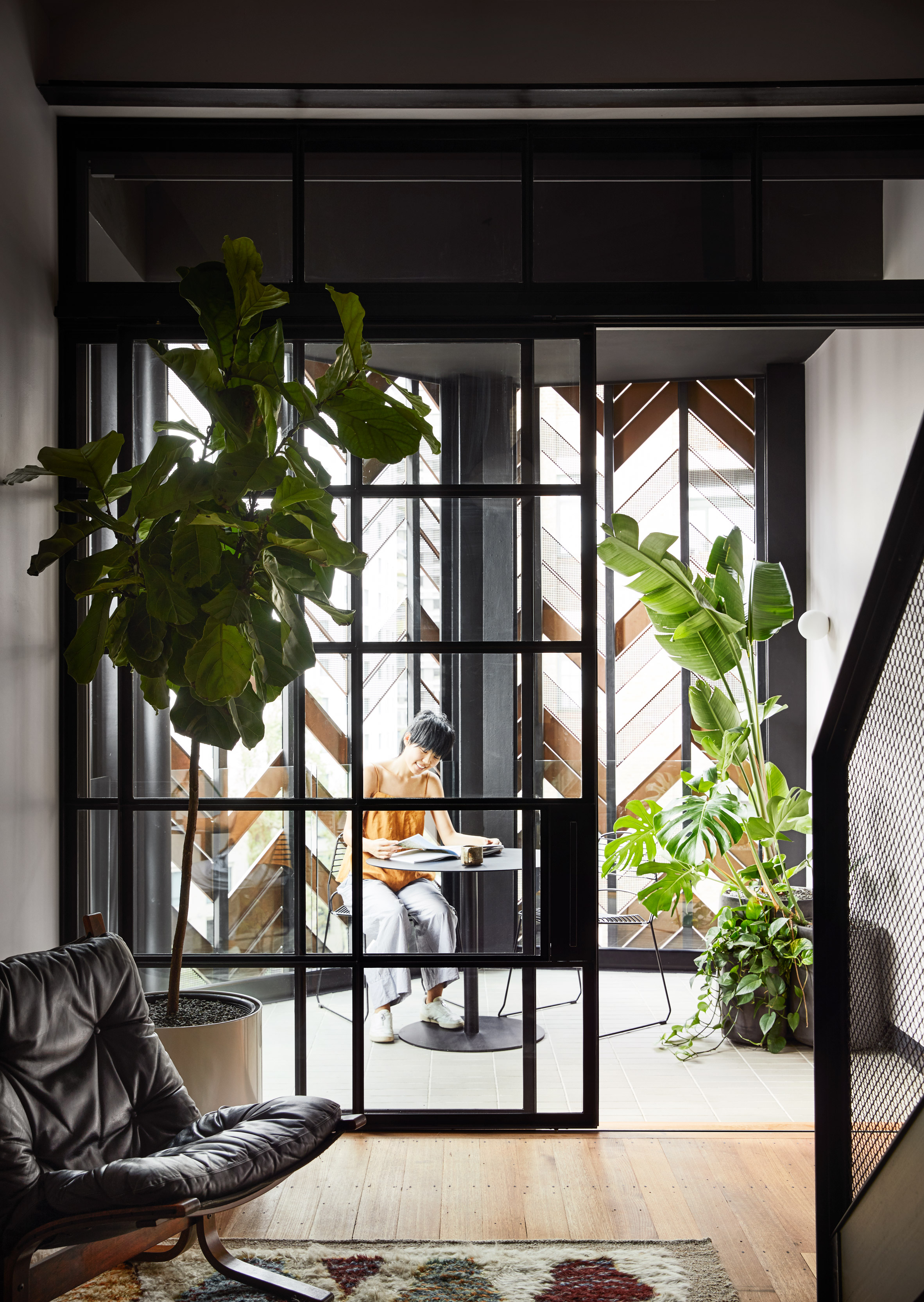 The architects used copper chevron-shaped tiles to form a screen around the building’s extension. These have also been employed to create metallic partition walls throughout the hotel’s largely white-painted reception lounge, which sits inside the former film storage vault.

“[The screen] is a delicate jewel-like crown intended to capture the spirit and excitement of the golden era of film,” the practice explained. 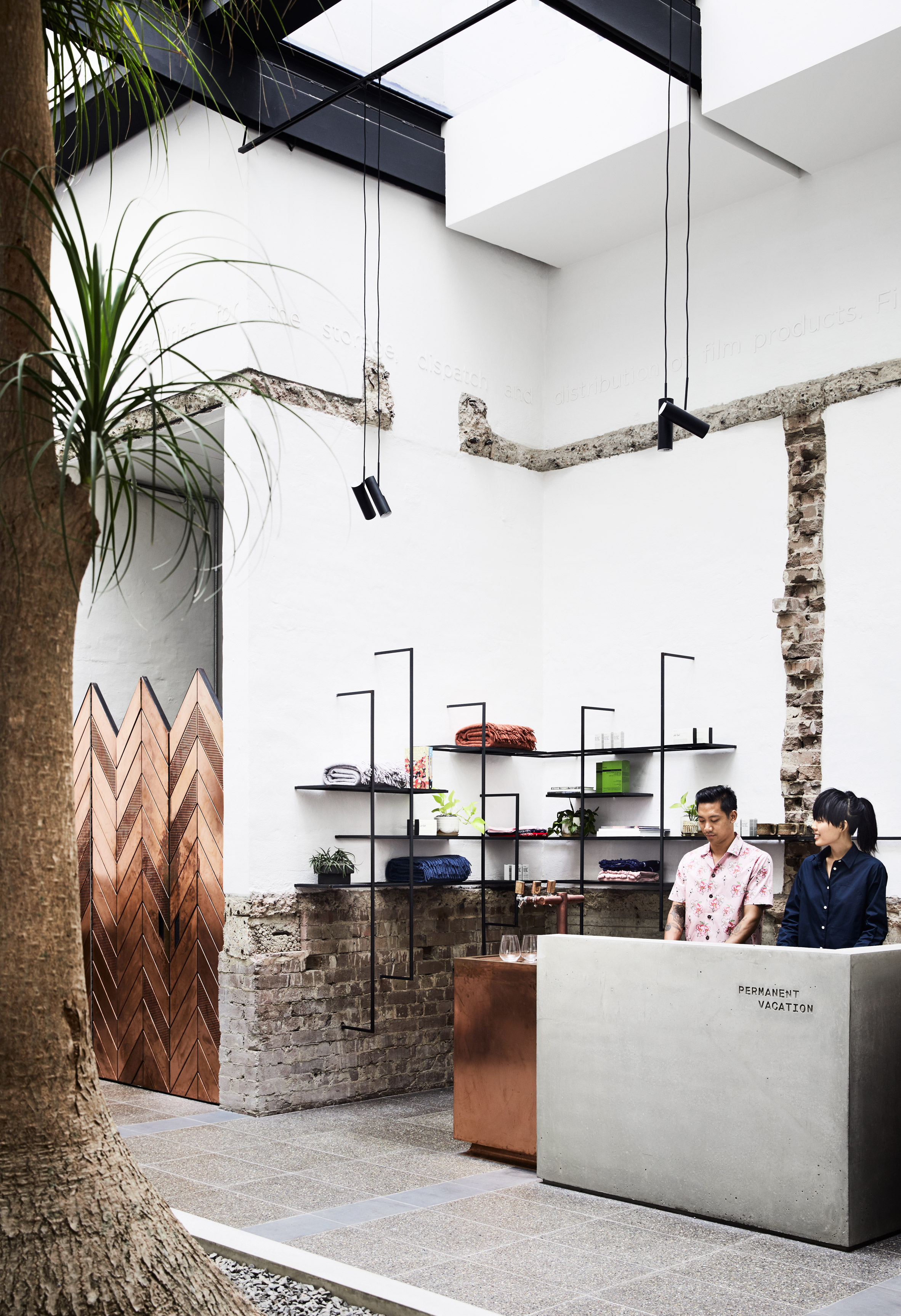 Breathe are among several practices to adapt disused buildings into guest accommodation. Last year Vector Architects converted a sugar mill in rural China into the luxury Alila Yangshuo resort, and Twelve Architects are currently planning to turn the ruins of Bodmin Jail in Cornwall, England into a hotel.

Photography is by Tom Ross and Sharyn Cain.