California architecture firm Brooks + Scarpa has wrapped a Seattle transit facility in an undulated, blue aluminium screen that was influenced by a dance performance. 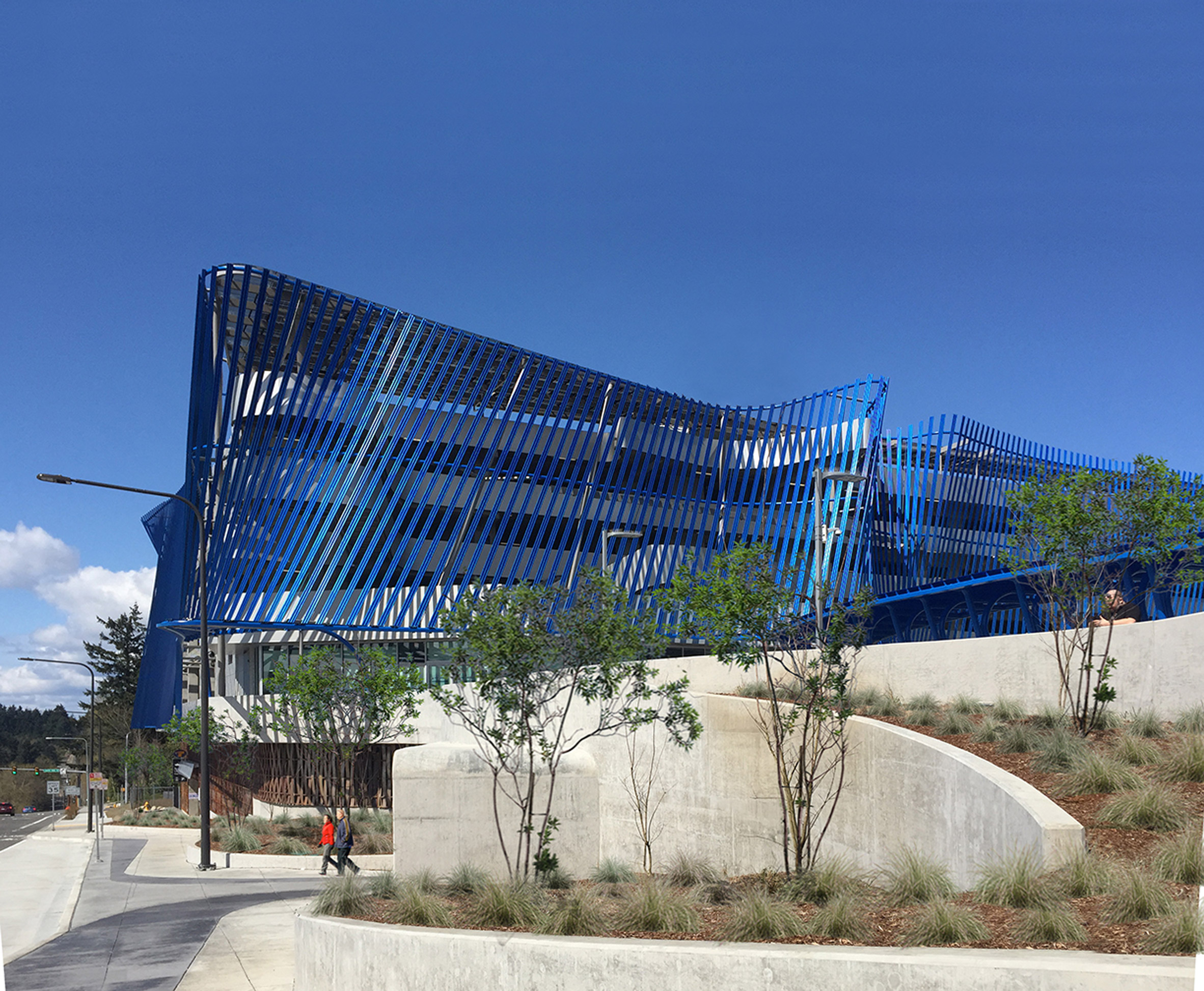 The Angle Lake Transit Station and Plaza is located on a seven-acre (2.8-hectare) site in the city’s SeaTac neighbourhood. It serves as a stop along an elevated light rail line that connects Seattle airport to the downtown district and the University of Washington. 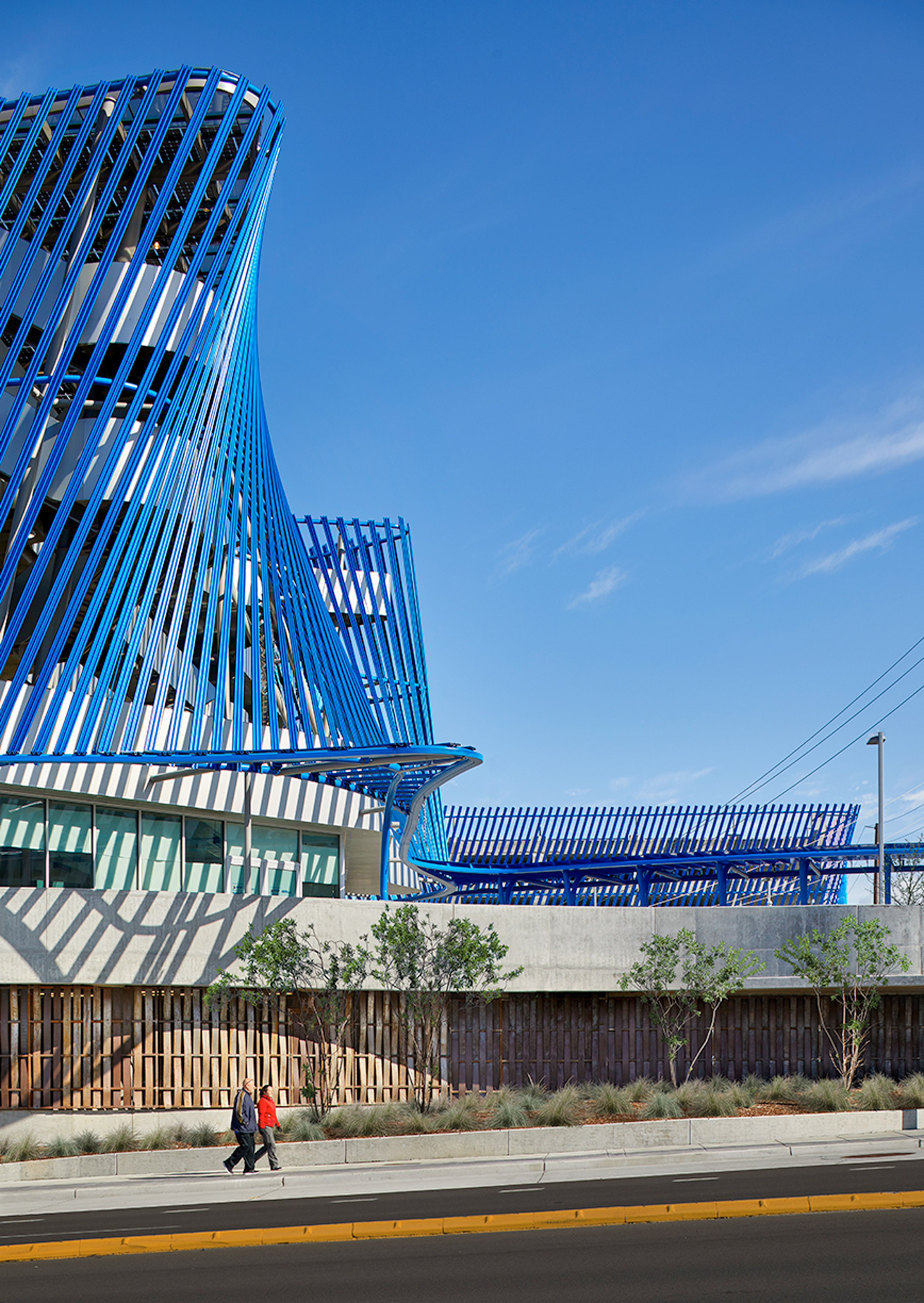 The seven-storey concrete structure is wrapped in an undulating screen made of over 7,500 blue-anodised aluminium panels. 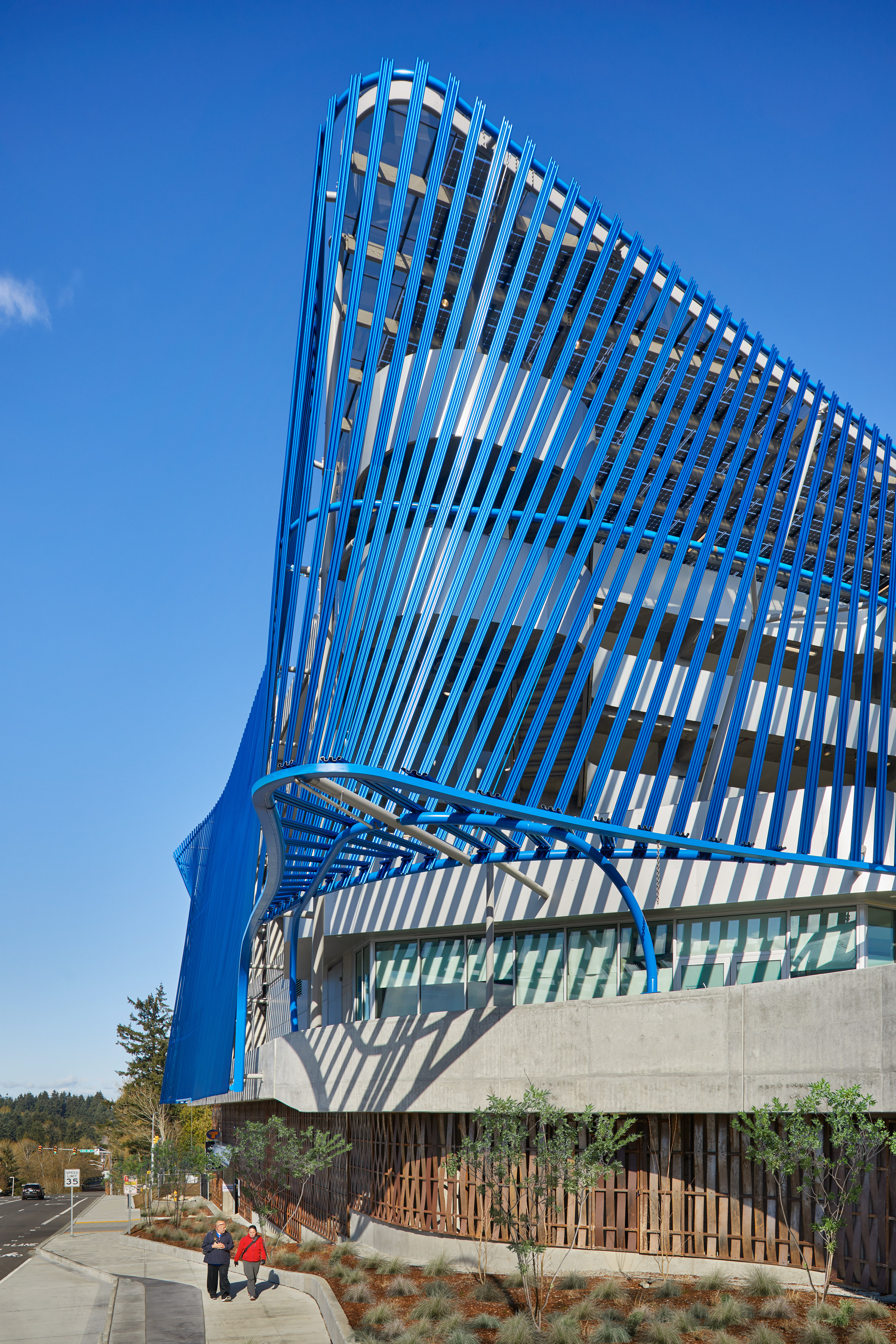 “Using ruled surface geometry, the undulating facade is formed by connecting two curves with a series of straight lines to form the surface,” said Brooks + Scarpa, a firm with offices in Los Angeles and Fort Lauderdale, Florida. 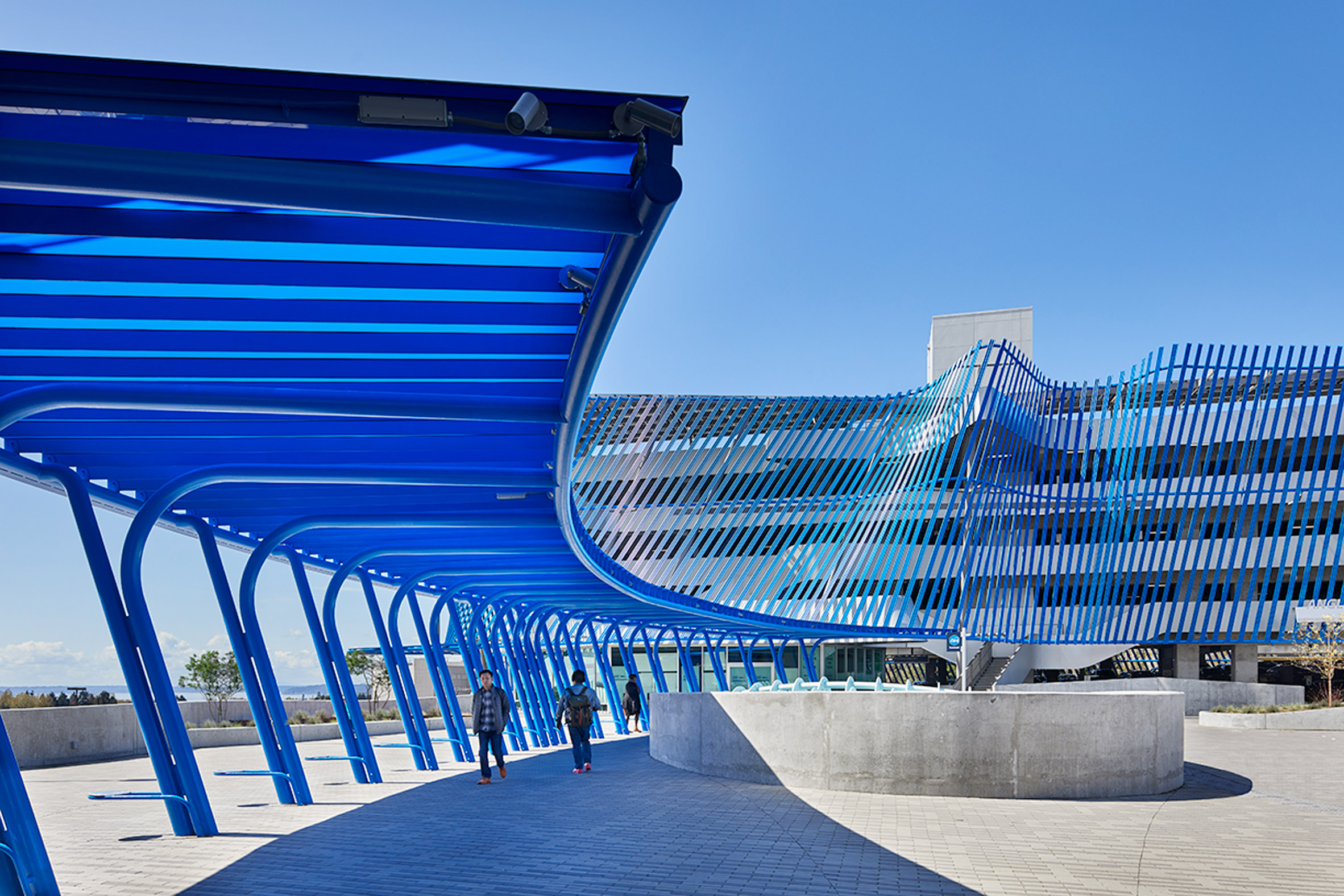 The screen’s design was influenced by dance choreographer William Forsythe, who is known for using technology and mathematics to create avant-garde performances.

“Inspired by William Forsythe’s improvisational piece Dance Geometry – where dancers connect their bodies by matching lines in space that could be bent, tossed or otherwise distorted – we began to think of the possibilities where simple straight lines are composed to produce an infinite number of movements and positions with little need for transition,” the team said. 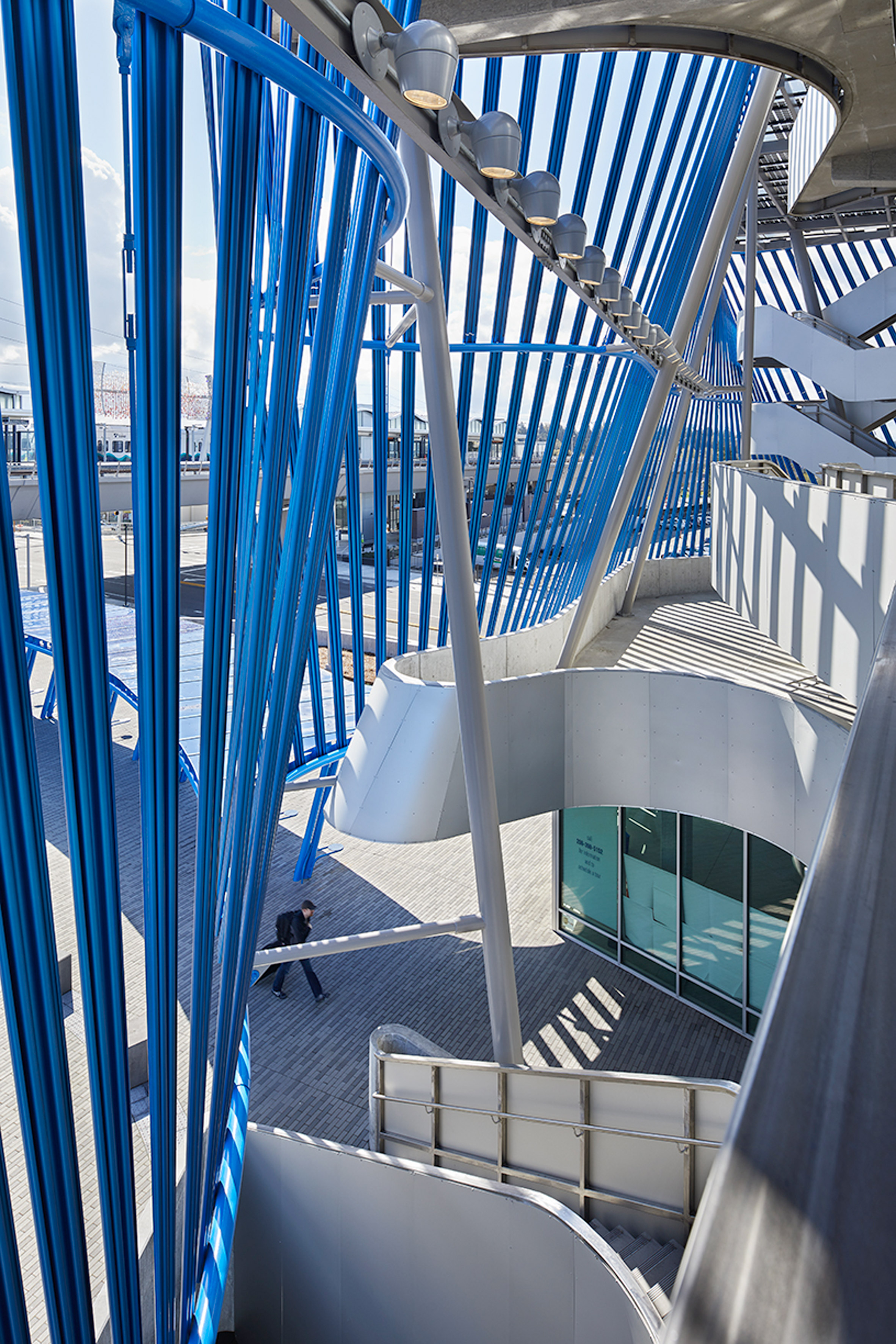 “This idea lessens the need to think about the end result and focus more on discovering new ways of movement and transformations.”

The team used standardised sizes for the custom-made metal panels, in order to maximise efficiency during fabrication and installation. The facade was installed in under three weeks without the use of cranes or special equipment. 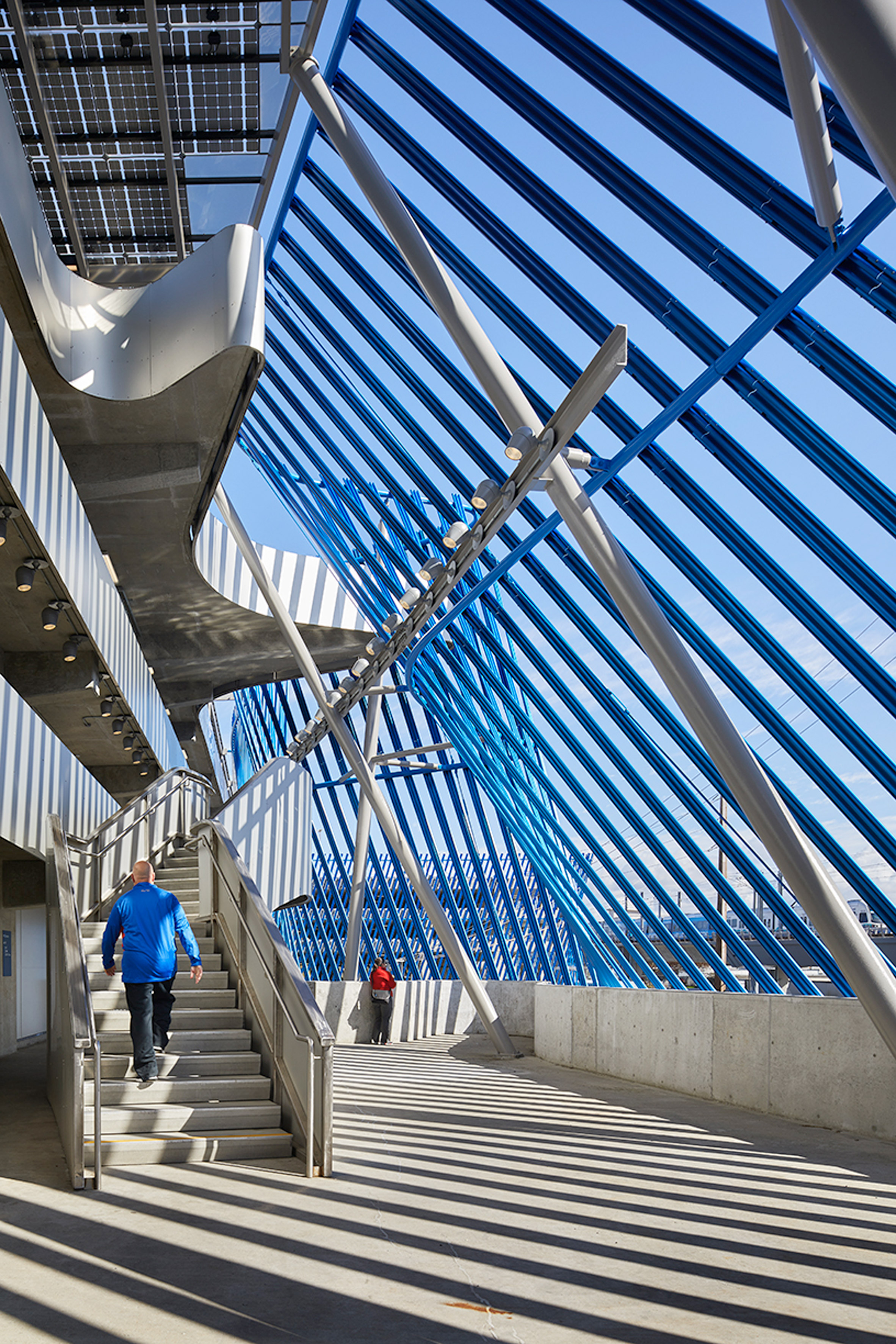 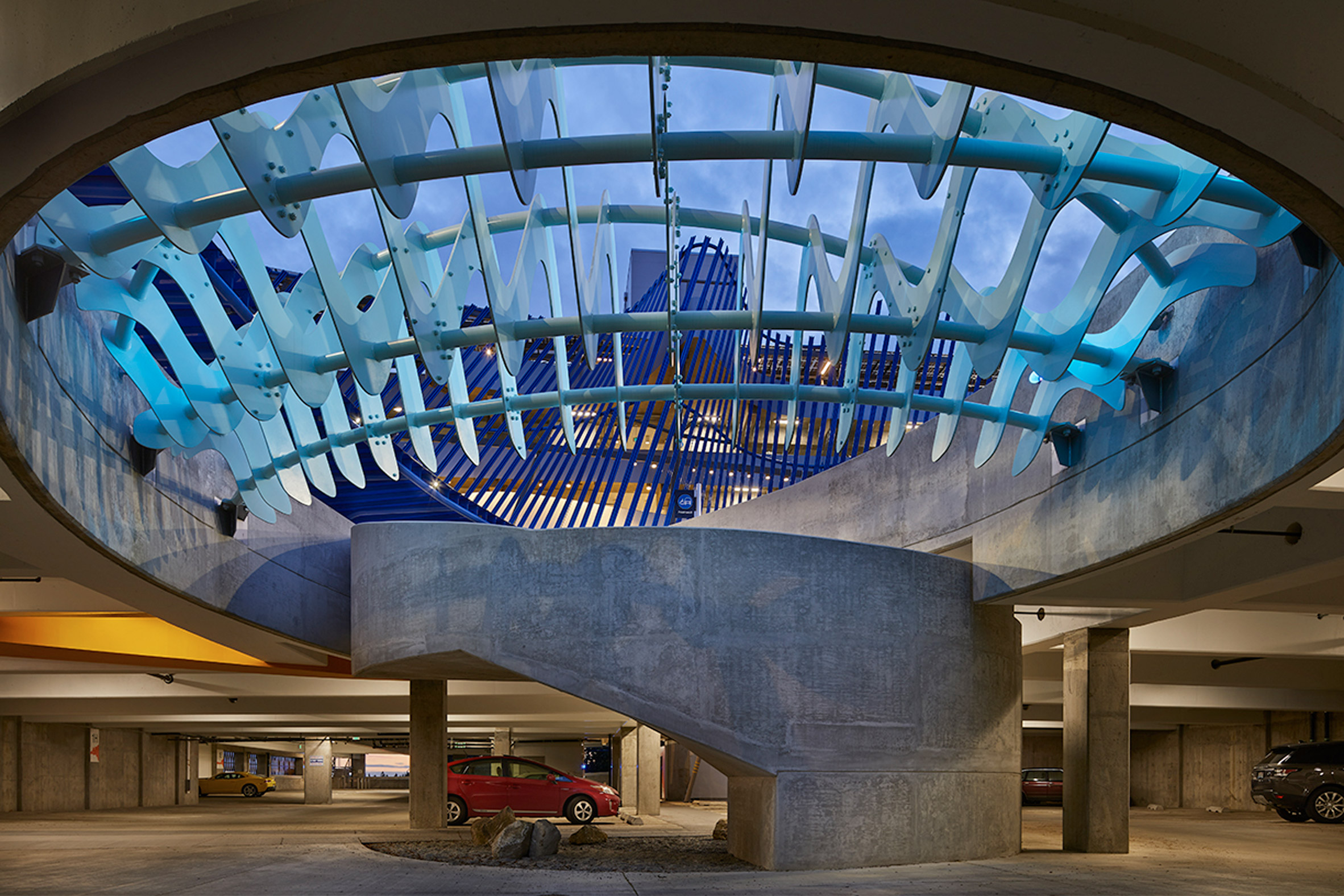 A public plaza on the third level connects to the light rail stop and features a passenger drop-off area, seating, regionally inspired artwork and native plantings. The plaza is also designed to accommodate community events, such as festivals and farmers’ markets. 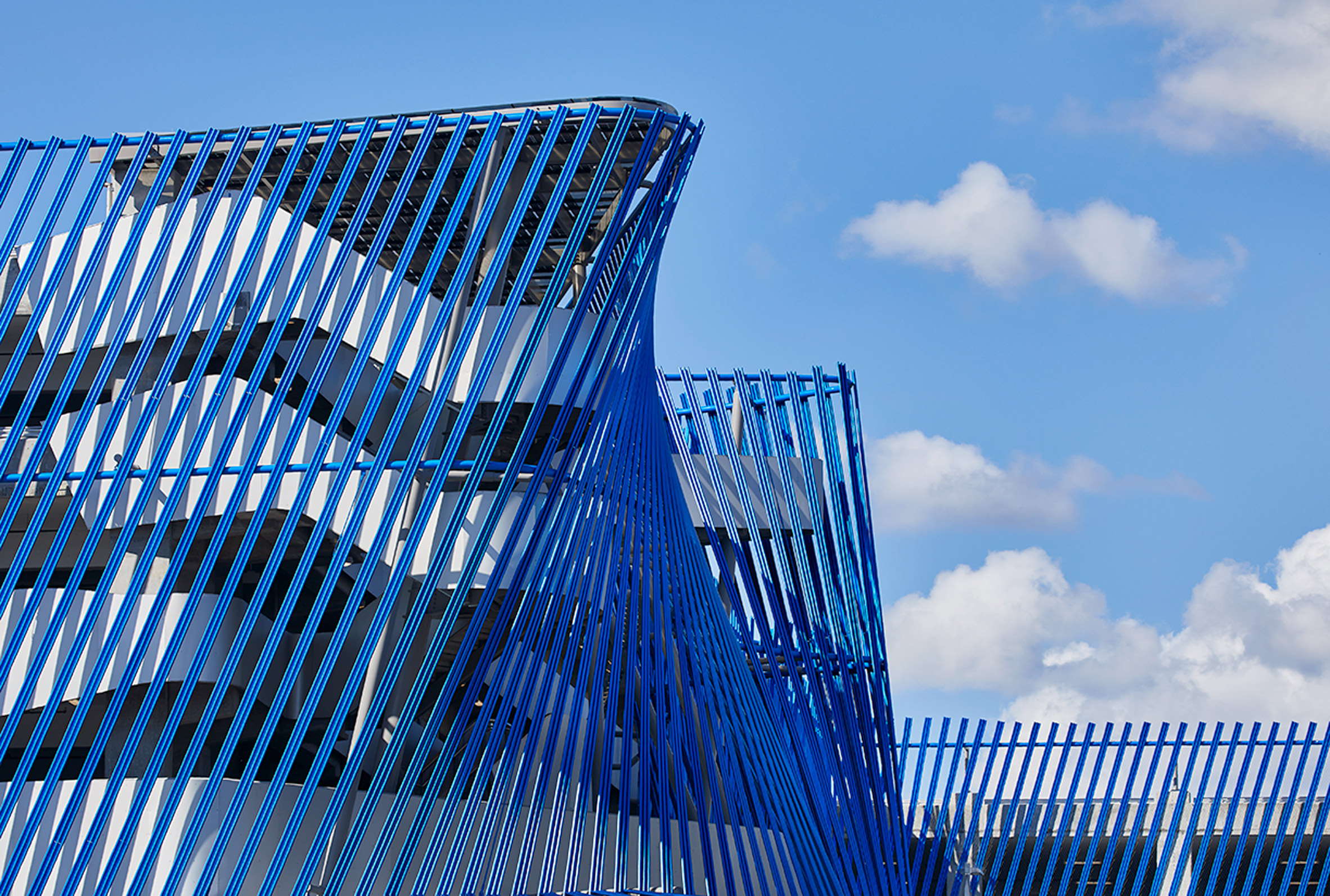 The building has a number of sustainable elements and has earned LEED Gold certification from the US Green Building Council.

“The design and location of major project elements maximise function, sustainability and aesthetics while providing an efficient use of space,” Brooks + Scarpa said. 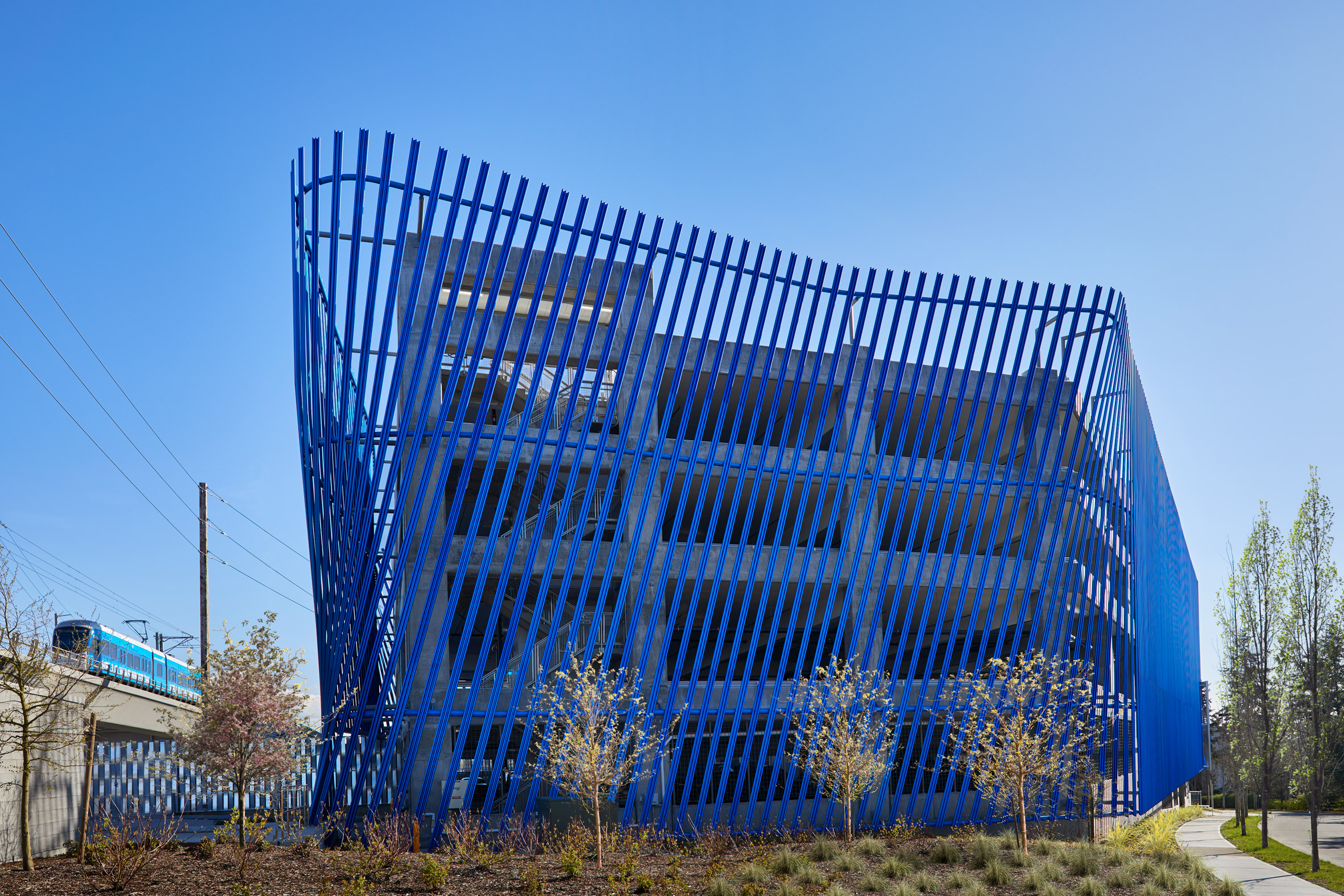 The firm won the commission through an international competition. Its other recently completed projects include a Utah museum with “canyon-like” roof tops and a housing project in Los Angeles for homeless and disabled veterans.

Photography is by Benjamin Benschneider and Brooks + Scarpa. 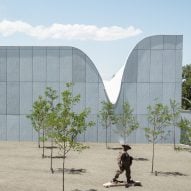