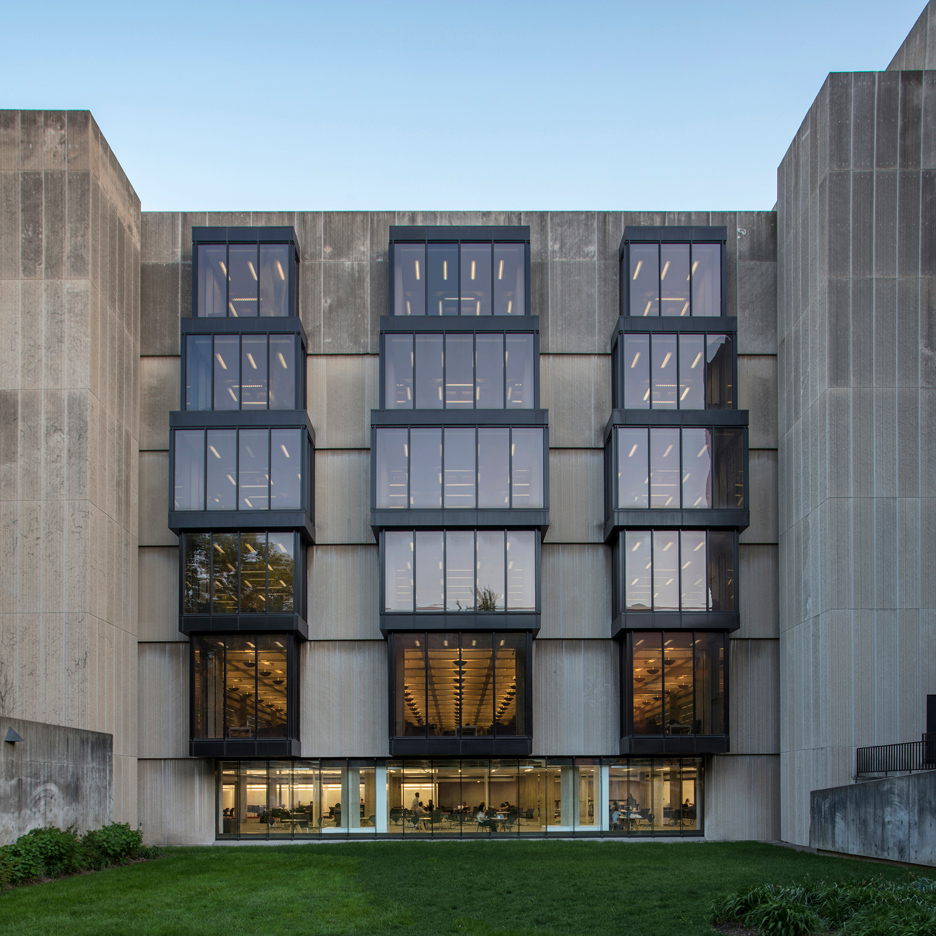 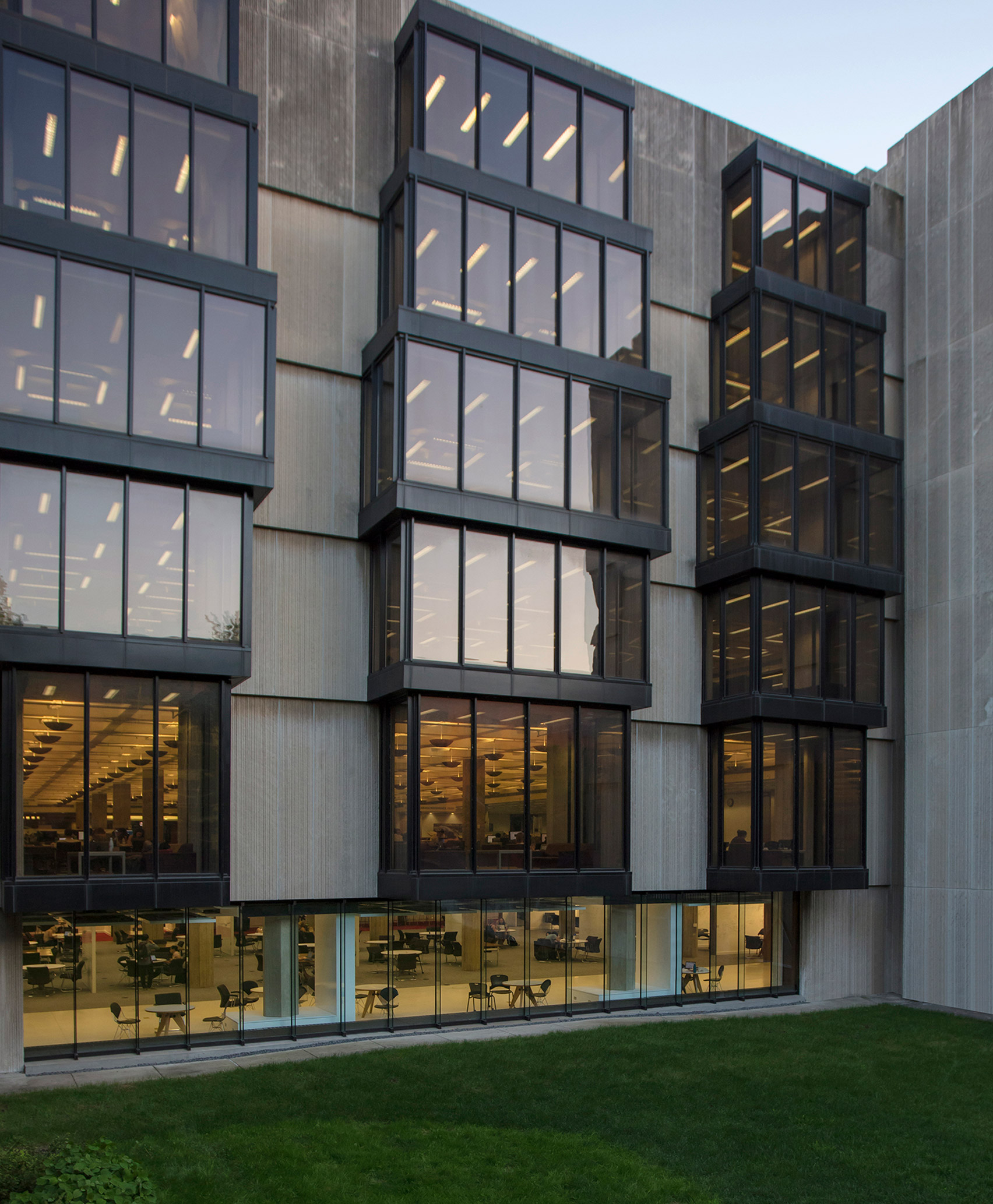 “The University of Chicago’s Joseph Regenstein Library is one of the great academic libraries of the world, but it lacked an important component of today’s most dynamic learning environments – a collaborative learning centre where students can work together in interactive groups,” said Woodhouse Tinucci Architects.

The local firm has also worked on library renovations at Northwestern University and the University of Illinois at Chicago. 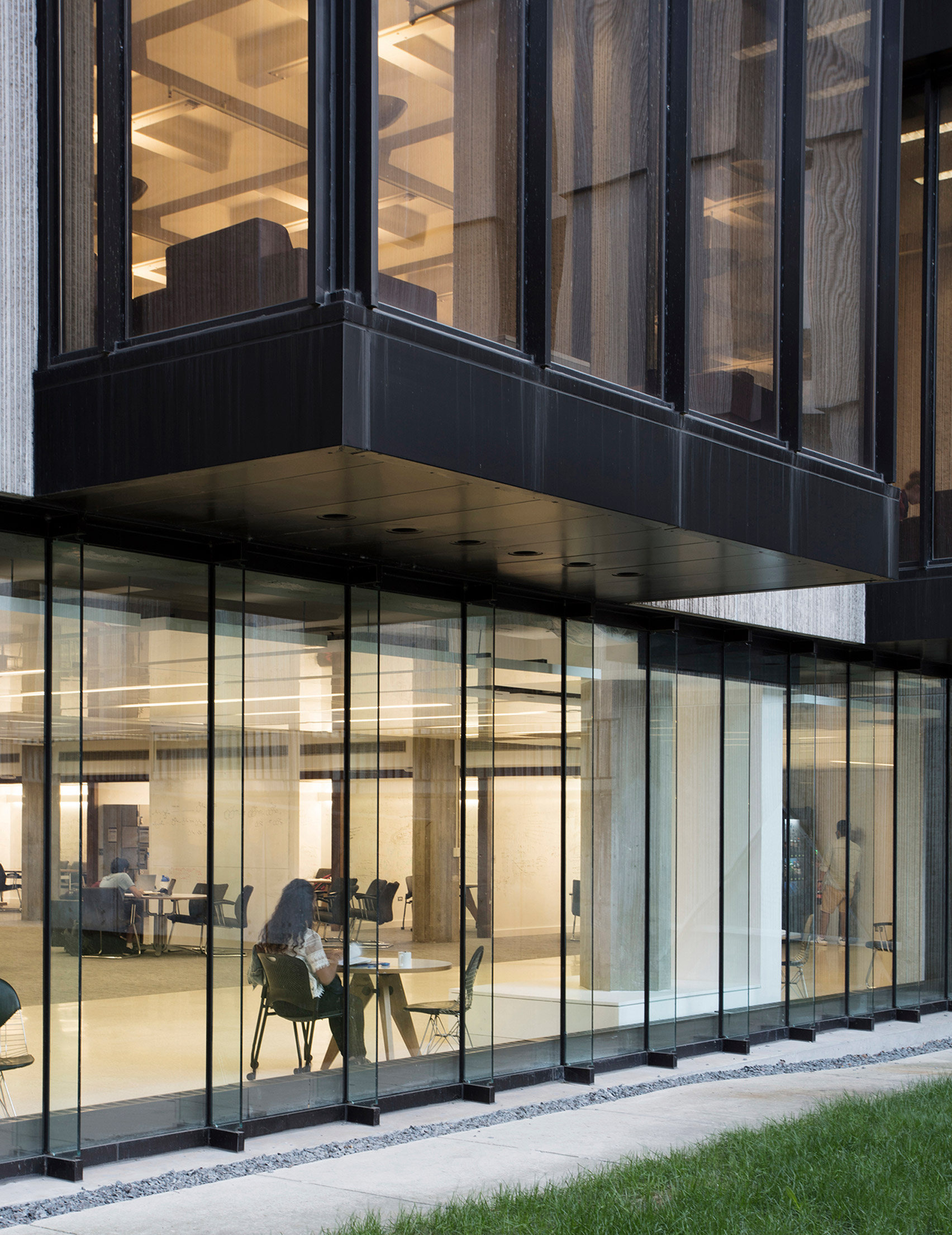 The Regenstein Library opened in 1970 and was named after industrialist and philanthropist Joseph Regenstein. It was designed by Walter Netsch, a partner at SOM known for iconic works such as the Cadet Chapel as the US Air Force Base in Colorado Springs. 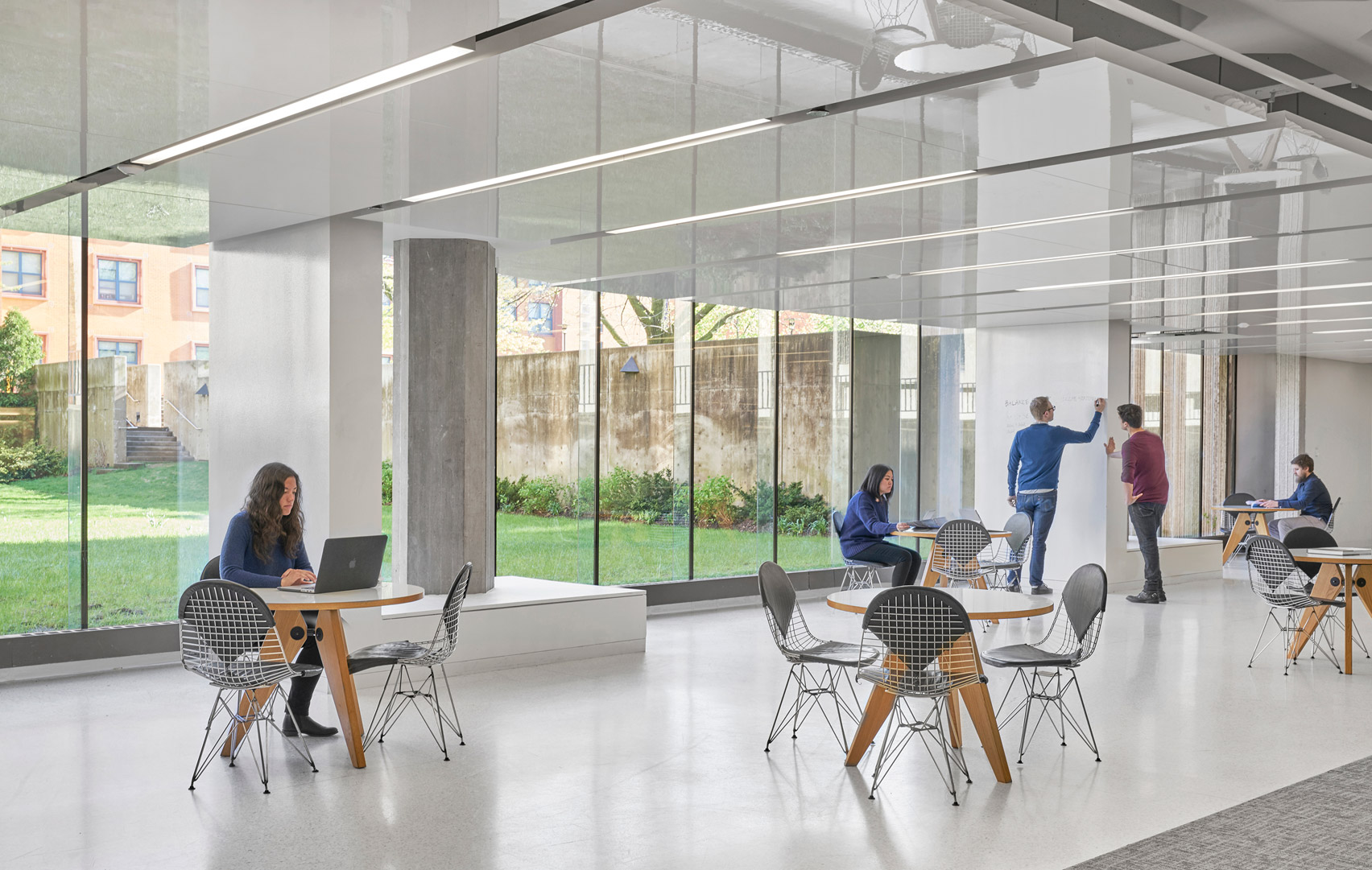 The 577,085-square-foot (53,612-square-metre) facility contains over 4.5 million print volumes, making it one of the largest book repositories in the world, according to the university. Its distinctive exterior cladding is formed from scored limestone slabs. 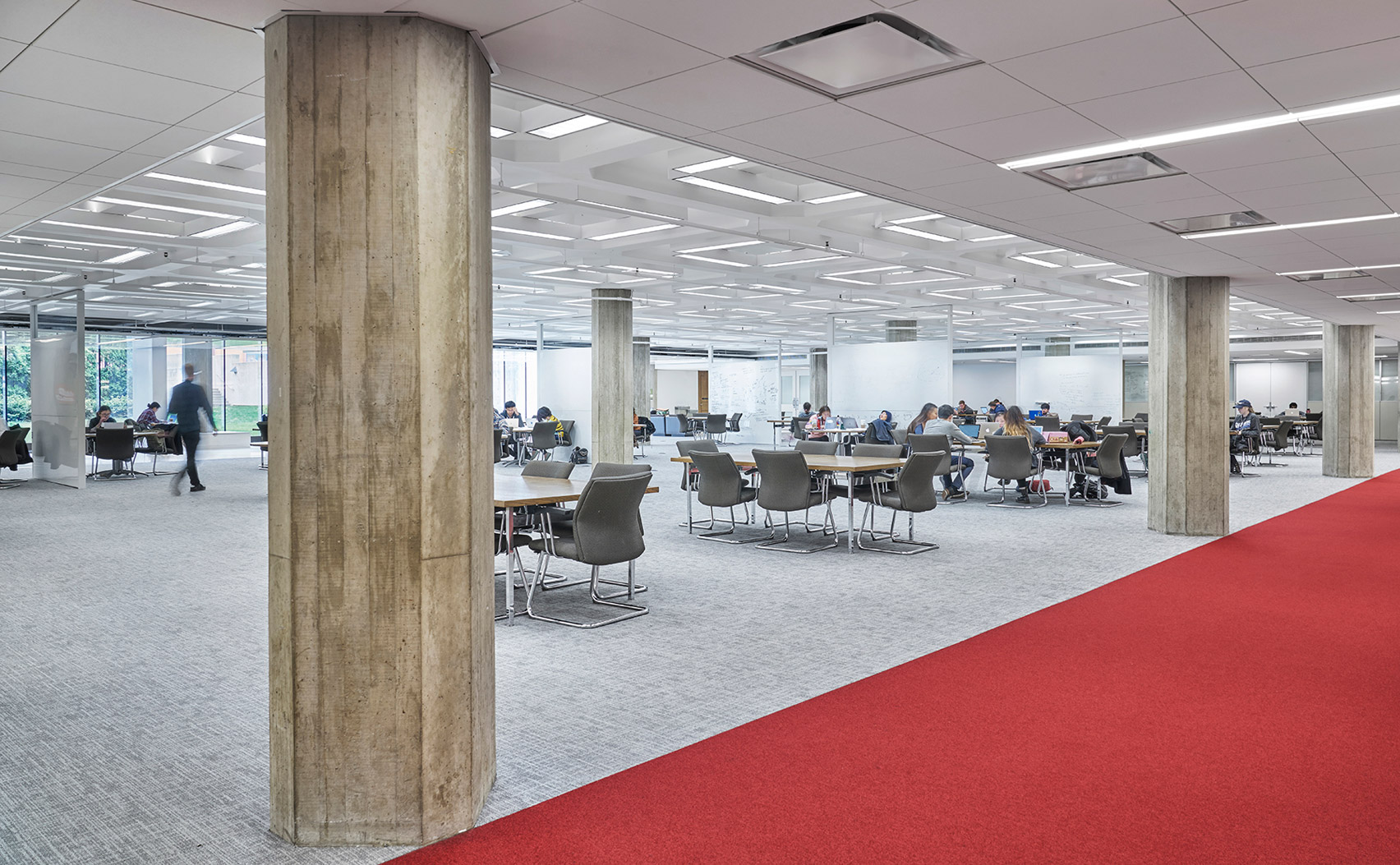 Woodhouse Tinucci Architects sought to preserve the reading room’s original character, including its thick concrete columns, while updating the space for modern use. 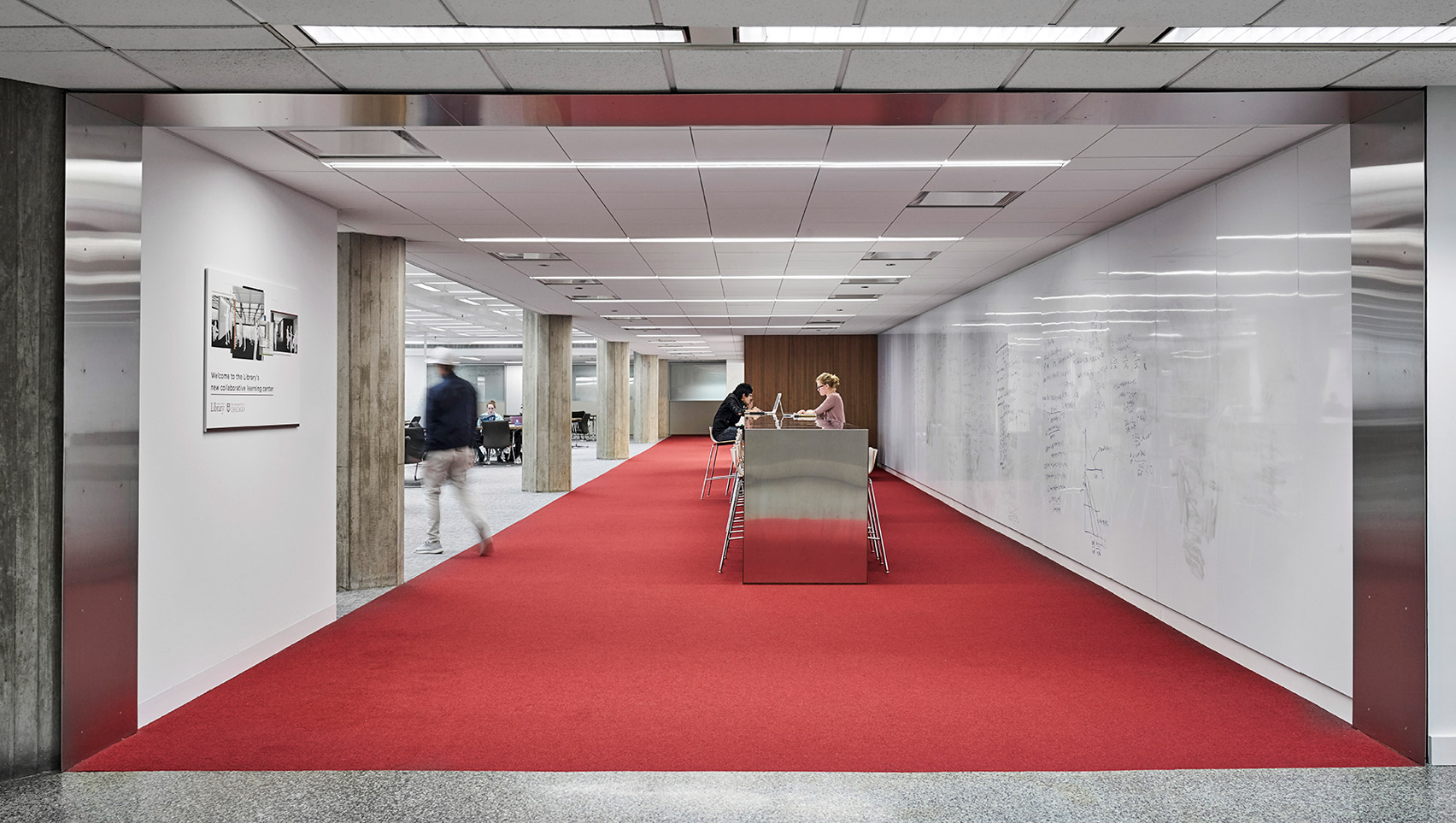 The most significant move was creating an open, central area that is divided up by movable panels fitted with whiteboards, lighting and power connections.

A range of seating types are offered, including lounge chairs with low tables and stools lining a high bar. 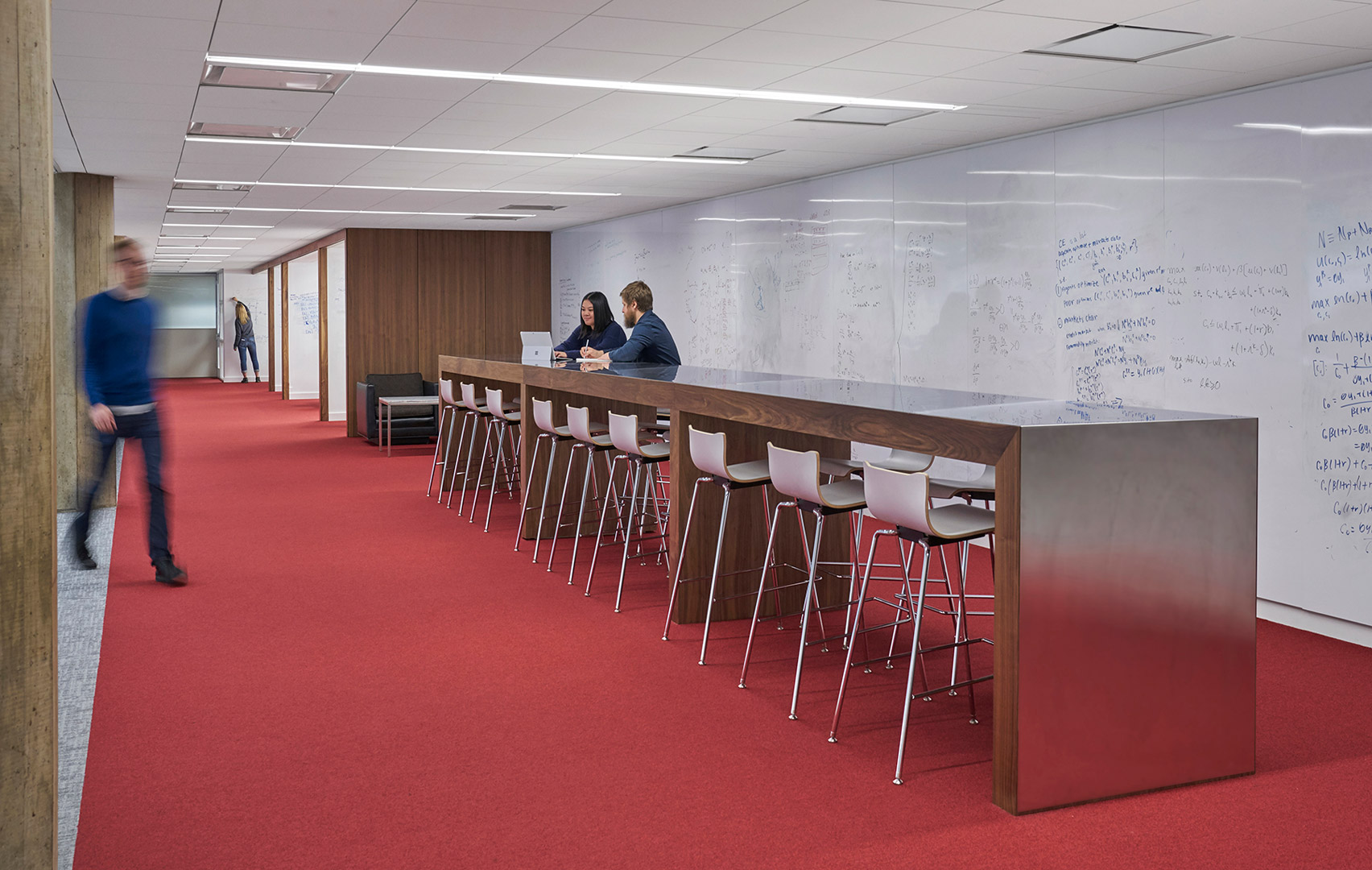 Stretching along one side of the room is a mullion-free glass wall that is intended to “open the space to the sunken garden outside and pull its daylight deep inside”.

Another wall is lined with square pods that serve as more private areas for group gatherings. 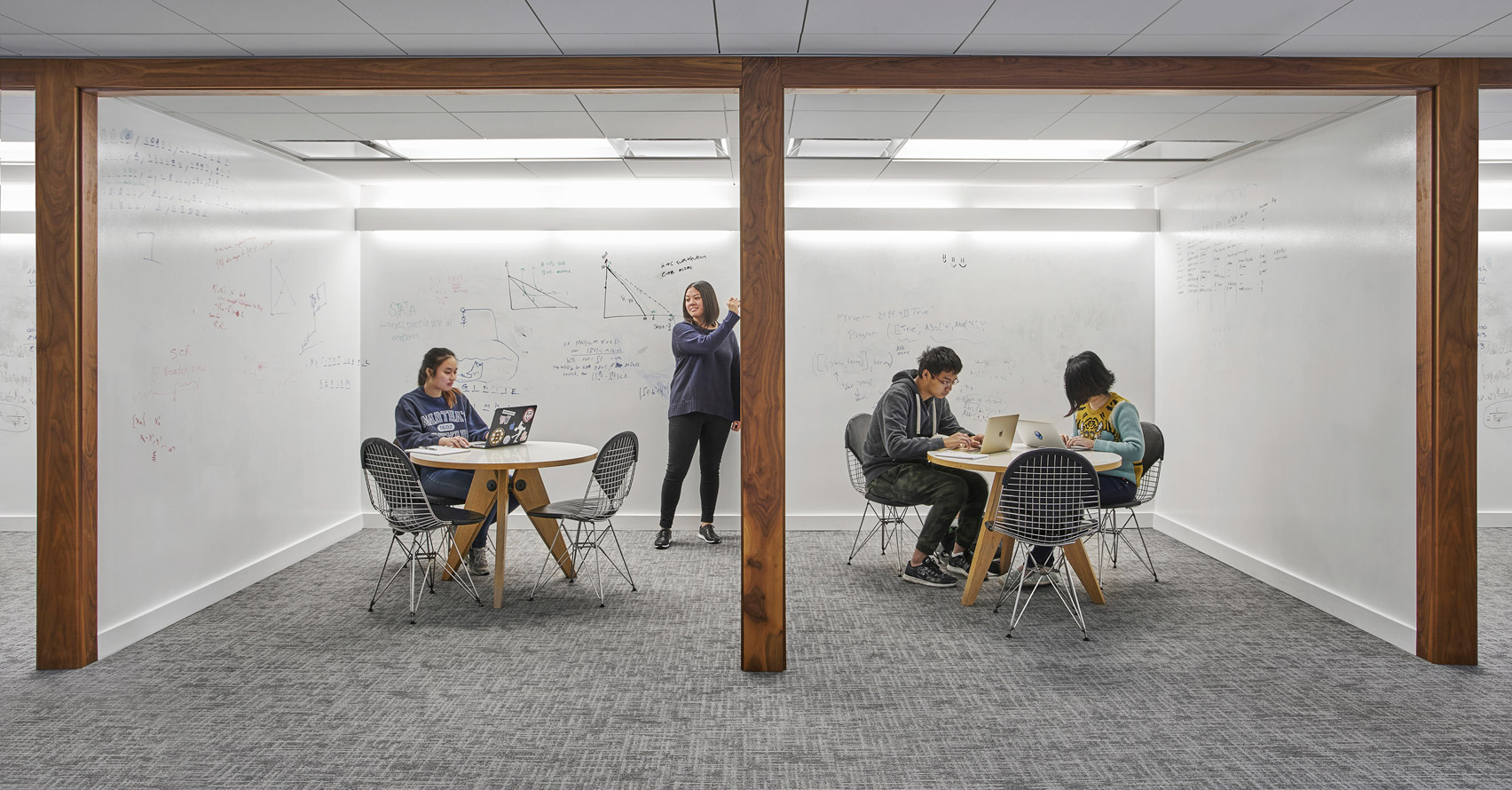 Future phases of the project call for a 36-seat digital classroom and an experimental area called The Egg.

While the Regenstein Library is still in active use, other brutalist buildings in Chicago have not fared so well. In 2013, the Prentice Women’s Hospital, designed by Bertrand Goldberg & Associates, was demolished to make way for a new facility.

The post Brutalist library in Chicago gets interior update by Woodhouse Tinucci appeared first on Dezeen.