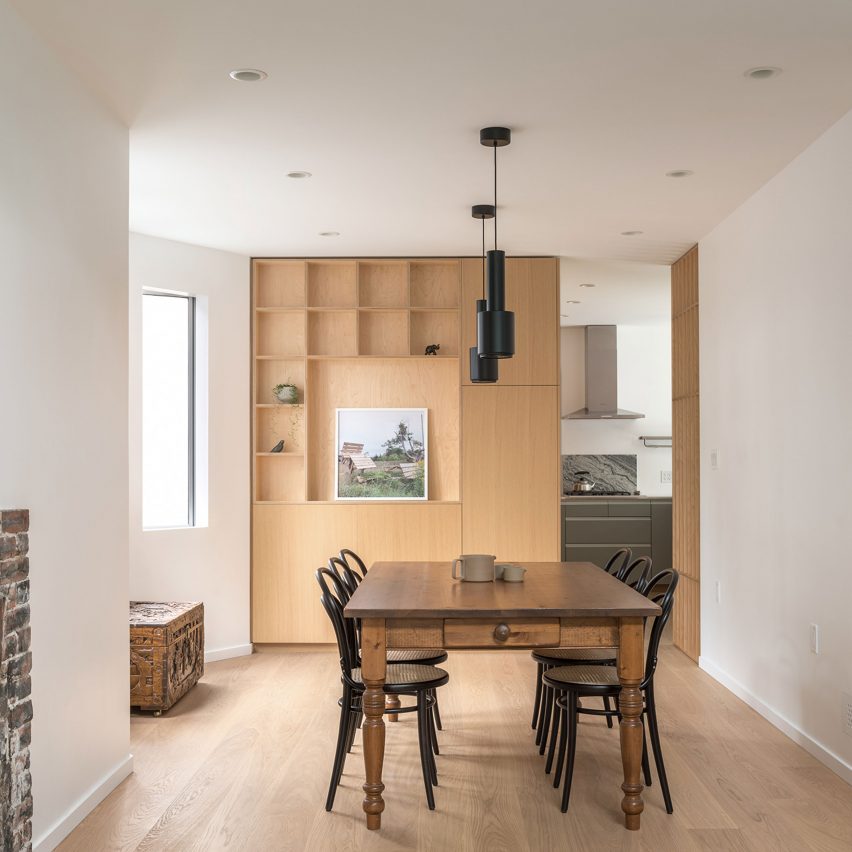 Industrial designer Tom Chung and Campos Studio discovered a brick fireplace while updating this Vancouver residence, renovated so its owners can enjoy into their old age. 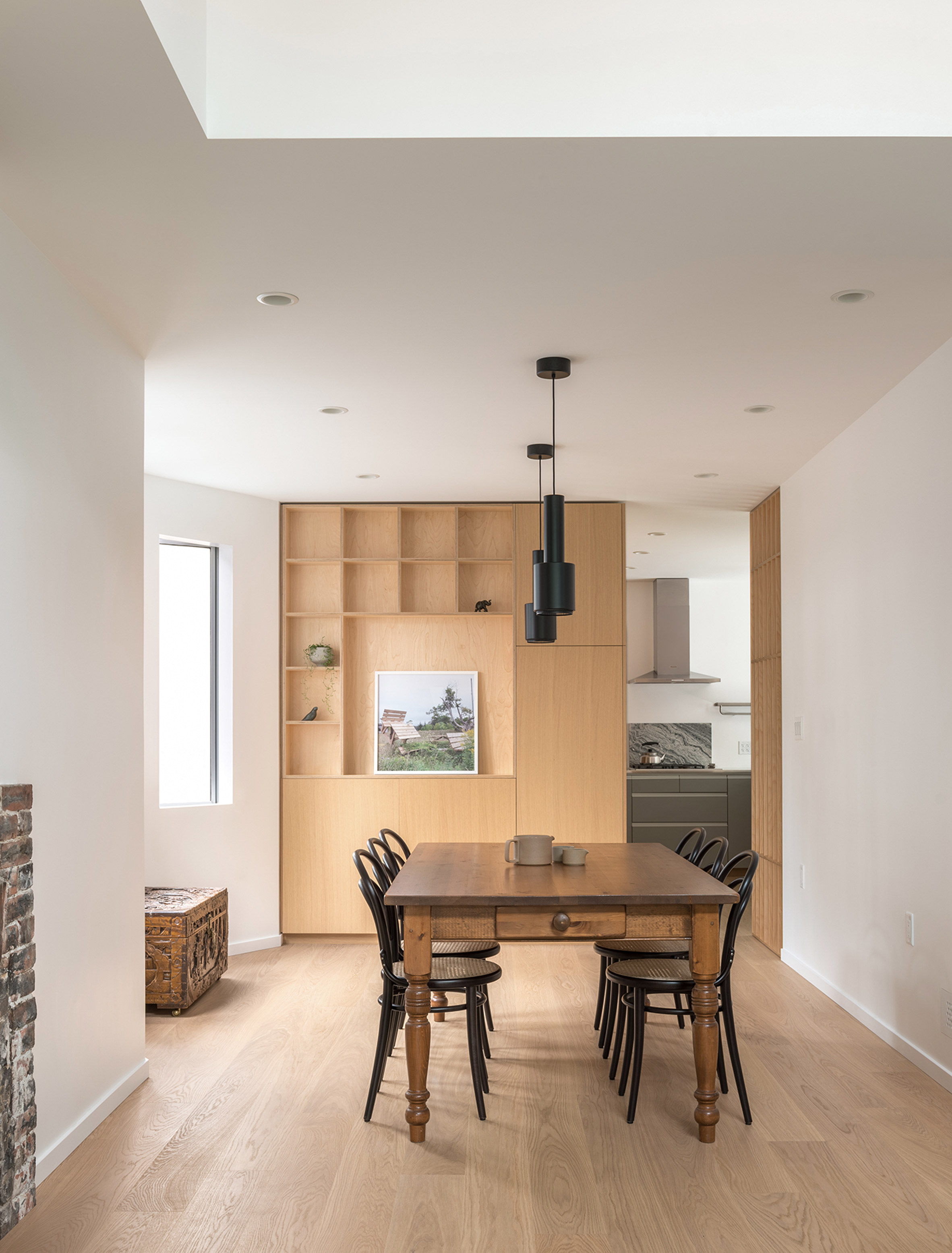 Toronto-based Chung and Vancouver’s Campos Studio teamed up to overhaul the property for a couple who had raised their family in the house, and now wanted it to better suit the next stage of their lives. 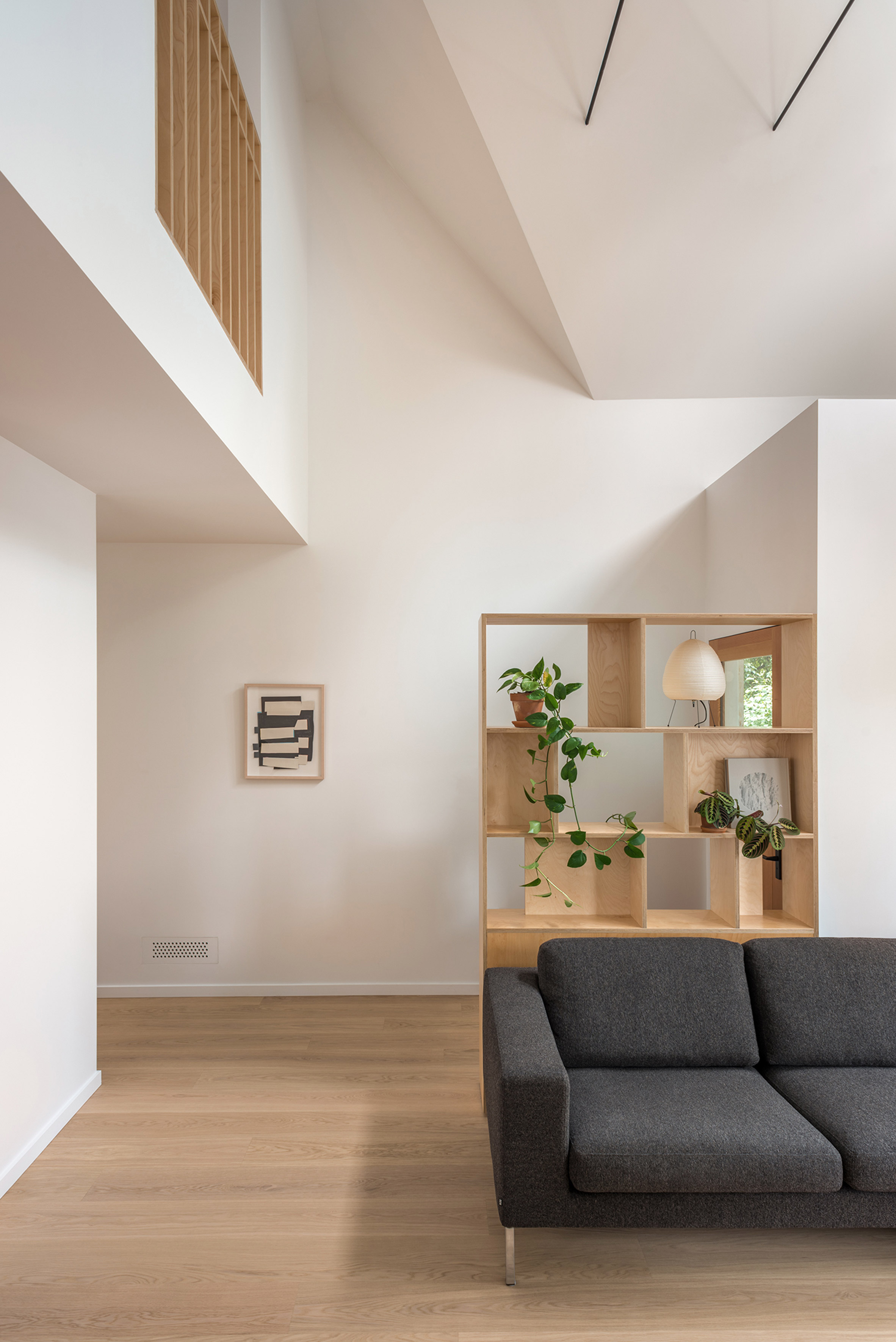 “Having raised their family in this walkable neighbourhood, the owners wanted to find a way to renovate the house to suit their transition, to being semi-retired empty nesters through retirement to ageing in [the] place,” said a project description from the team.

Called Yew House, the three-storey residence was built in 1907 on a large plot of land in Kitsilano – one of Vancouver’s original working-class neighbourhoods and now a desirable area to live. The home has undergone a series of renovations and adjustments over the years. 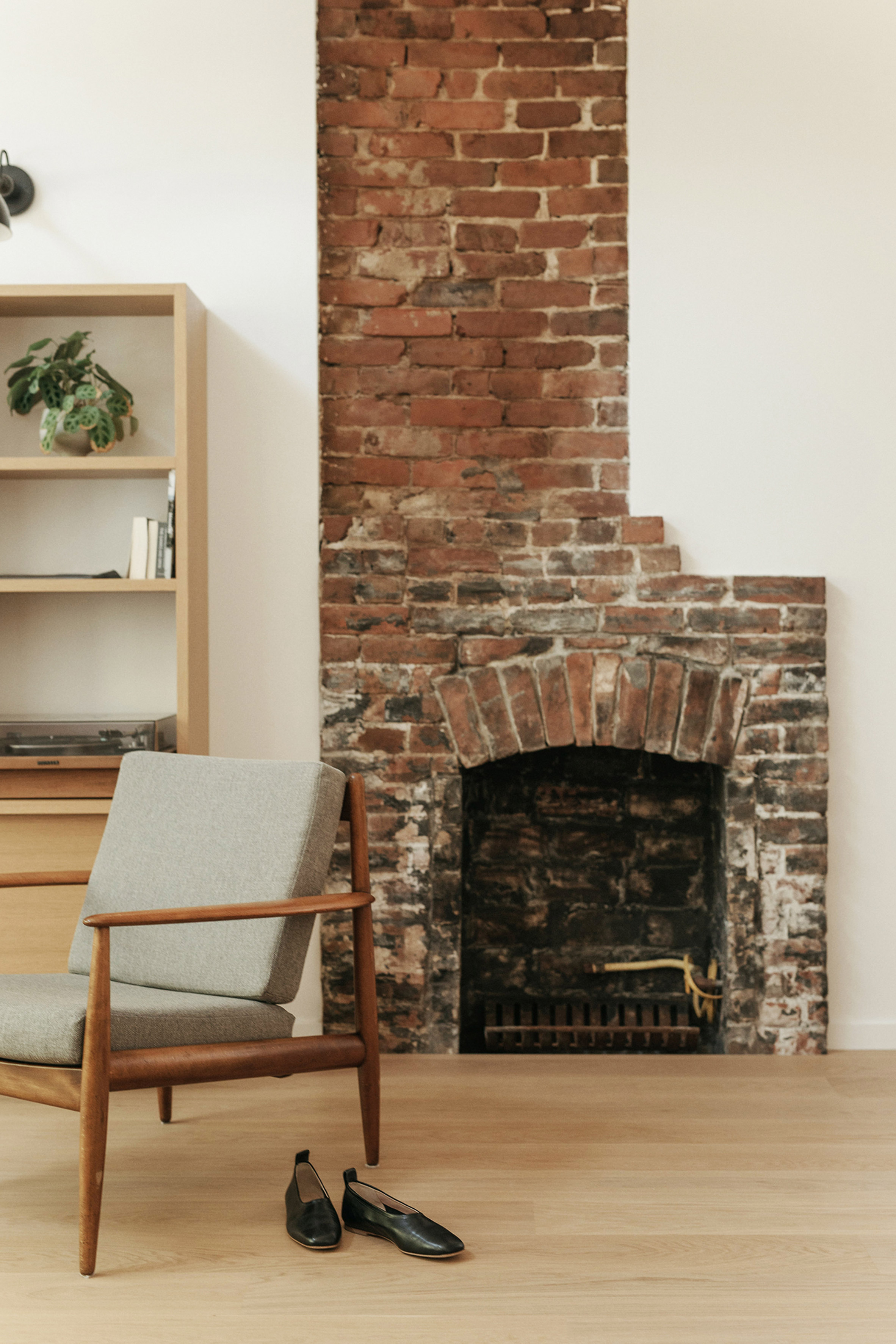 In the 1970s, the majority of the site surrounding the house was sold to accommodate a neighbouring development. This prevented the design team from extending the residence, and so the updates instead focused on making the most of the existing structure and rearranging the internal layout.

“The plan became to create a bright, modern, open-plan loft-style living area with an unobtrusive and private guest area for visiting children and friends,” the team said.

Campos Studio and Tom Chung Studio began by completely gutting the residence and stripping it back to its outer shell. This base was then re-insulated and upgraded to improve its resistance to earthquakes – using slender metal turnbuckles to brace the ceilings.

The refreshed decor was intentionally kept simple to be “hardwearing and timeless”. Walls were brightened in white paint to provide a backdrop for a series of custom fittings, built in a mix of oak and Baltic birch wood.

Complementing this is European white oak flooring, which features throughout the home. 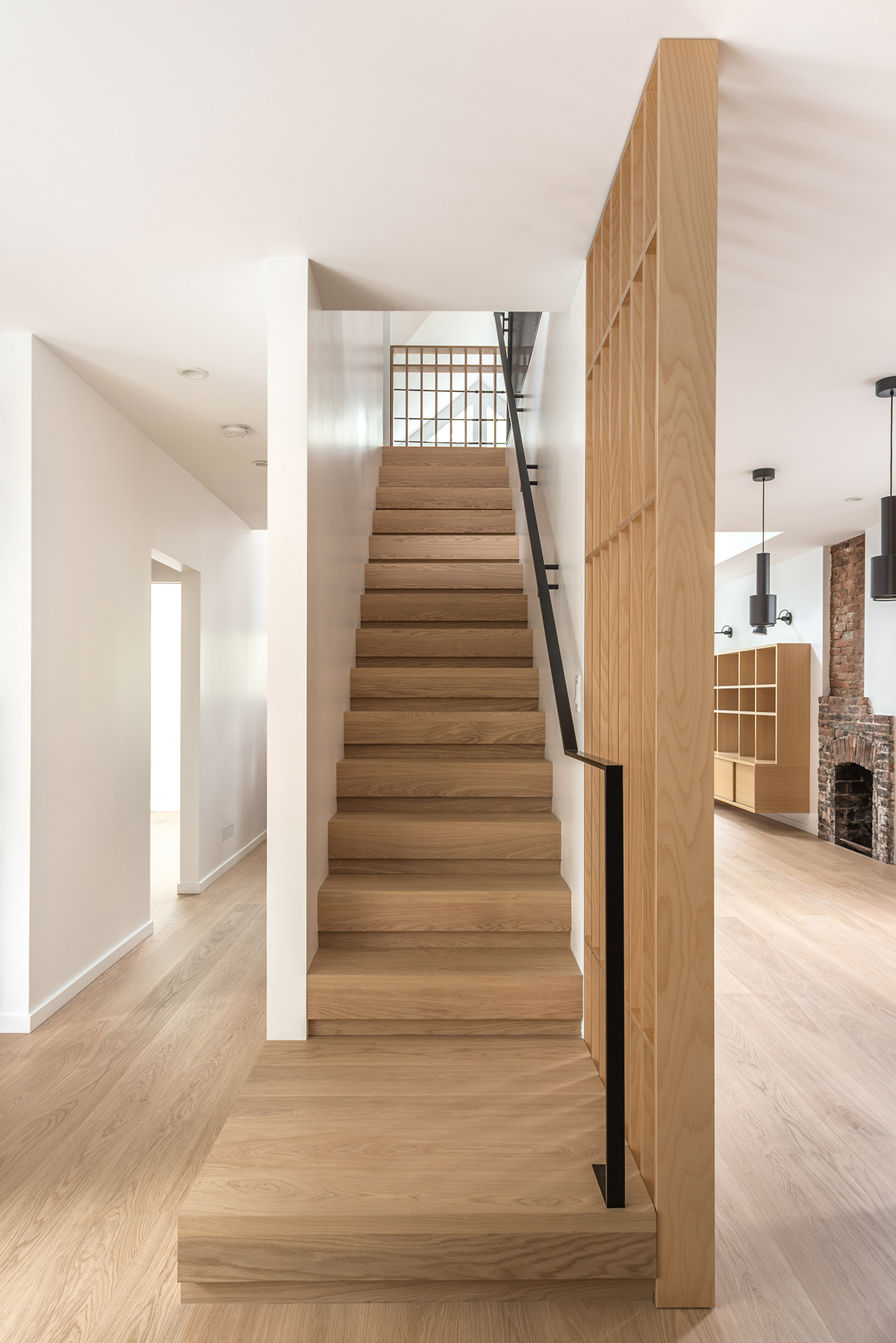 On the ground floor, Campos Studio and Tom Chung Studio transformed the former bedrooms into a “self-sufficient” guest suite, with access to a small kitchenette and living room. A connection between the two is provided by a door hidden in custom millwork.

The first floor was reconfigured into a large open-plan lounge, kitchen and dining room, arranged around a central staircase. During the renovation, the team uncovered a brick fireplace and chimney behind drywall, which now forms a centrepiece of the room. 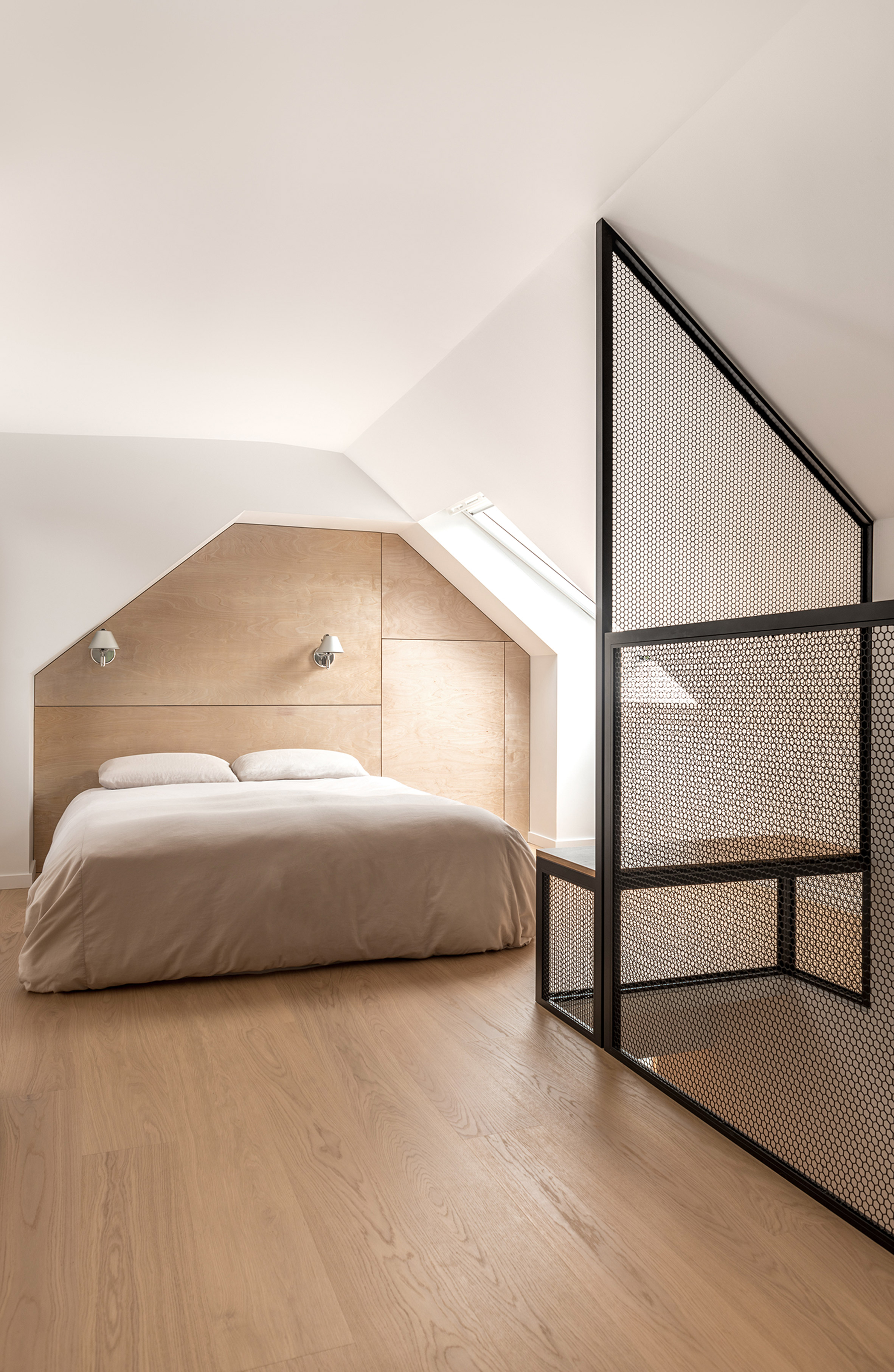 Also on this level, the team included a television room tucked into a corner section. In time, the designers plan to covert this TV nook into the couple’s master bedroom to provide “one level living” better suited to older age.

For now, the master bedroom and en-suite bathroom are located in the former attic. Black metal screens and metalwork are built around the stair to add privacy while still being exposed.

Continuing the simple furnishings are wooden boards slotted into an indent in the wall, forming a headboard. 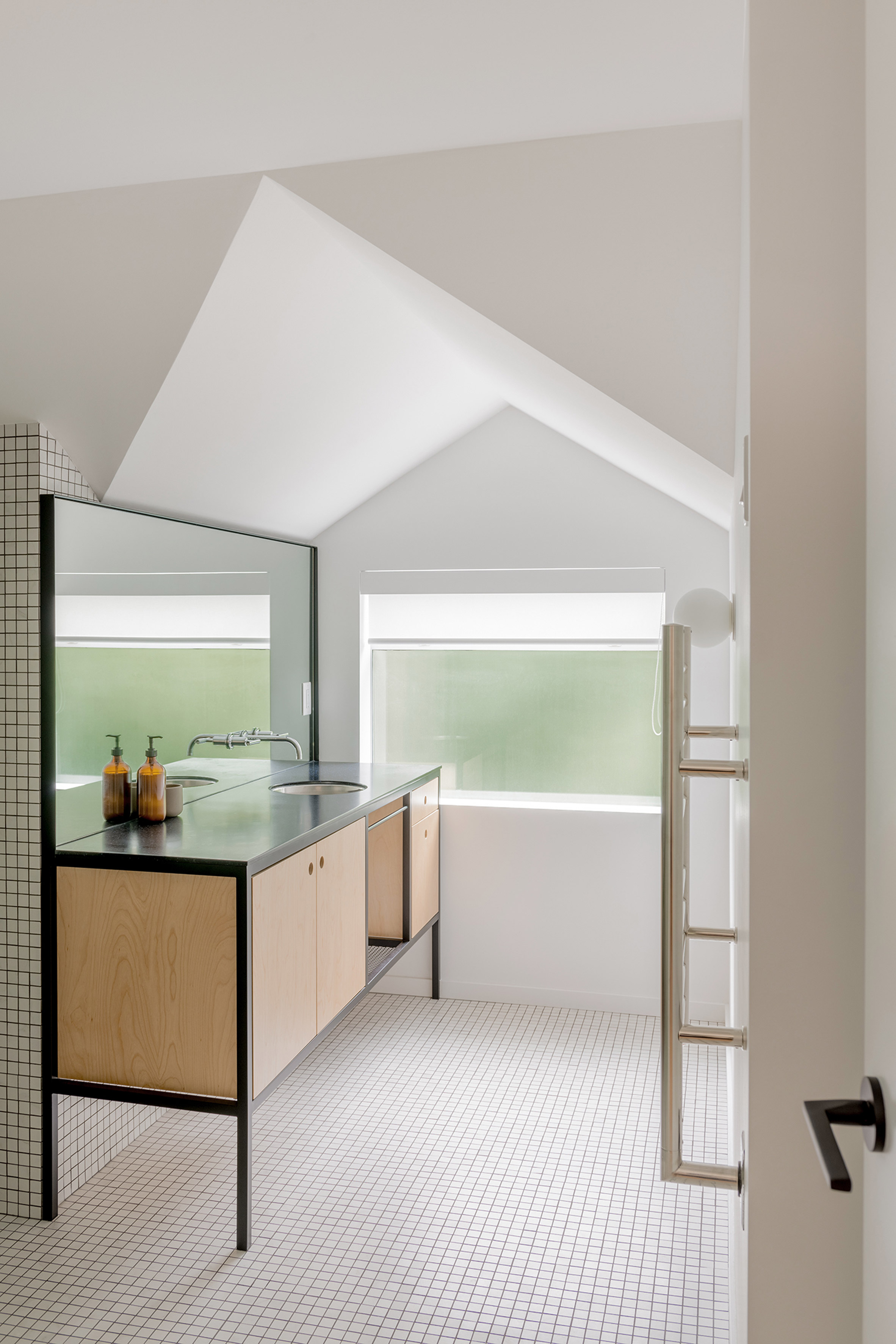 A mix of vintage designs owned by the client, including a weathered wood dining table, and contemporary designs like hanging black pendant lamps, feature throughout the residence.

There are also a number of designs by Chung, whose previous works include a countdown clock to speed up daily tasks and a double-ended lamp. 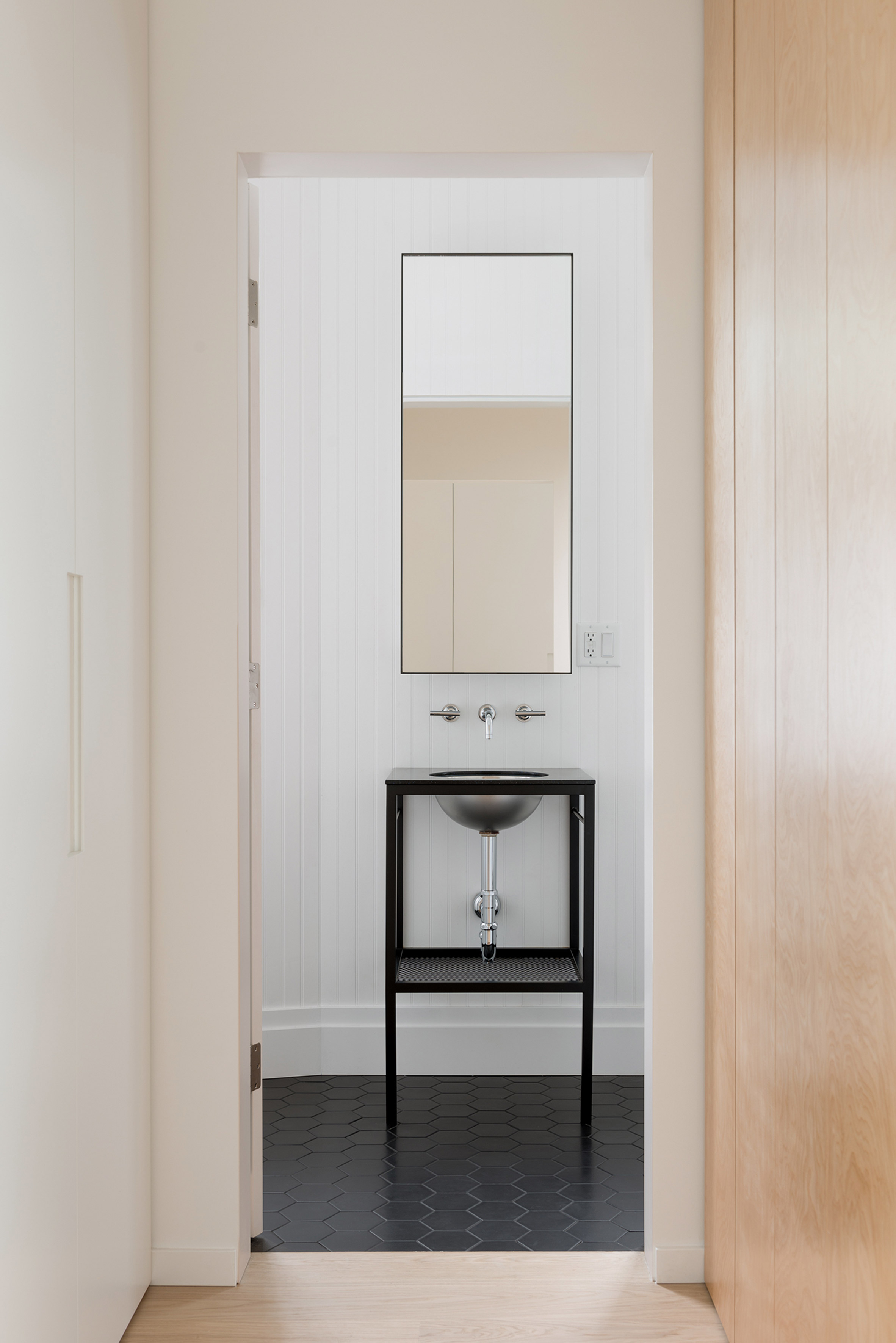 Also in Vancouver, other renovated residences include a historic house updated with stark white finishes and contemporary designs and a narrow property overhauled with a “Canadian Nordic” feel.

Founded in 2015, and led by Javier Campos, Alix Pratlong and Czarina Ray, Campos Studio has also overhauled a laneway house in Vancouver’s Point Grey with a shingled facade and a folded roof design.

Photography is by Conrad Brown.