Montreal architect Paul Bernier has completed a home clad in blackened timber and weathering steel on the shores of a lake in rural Quebec. 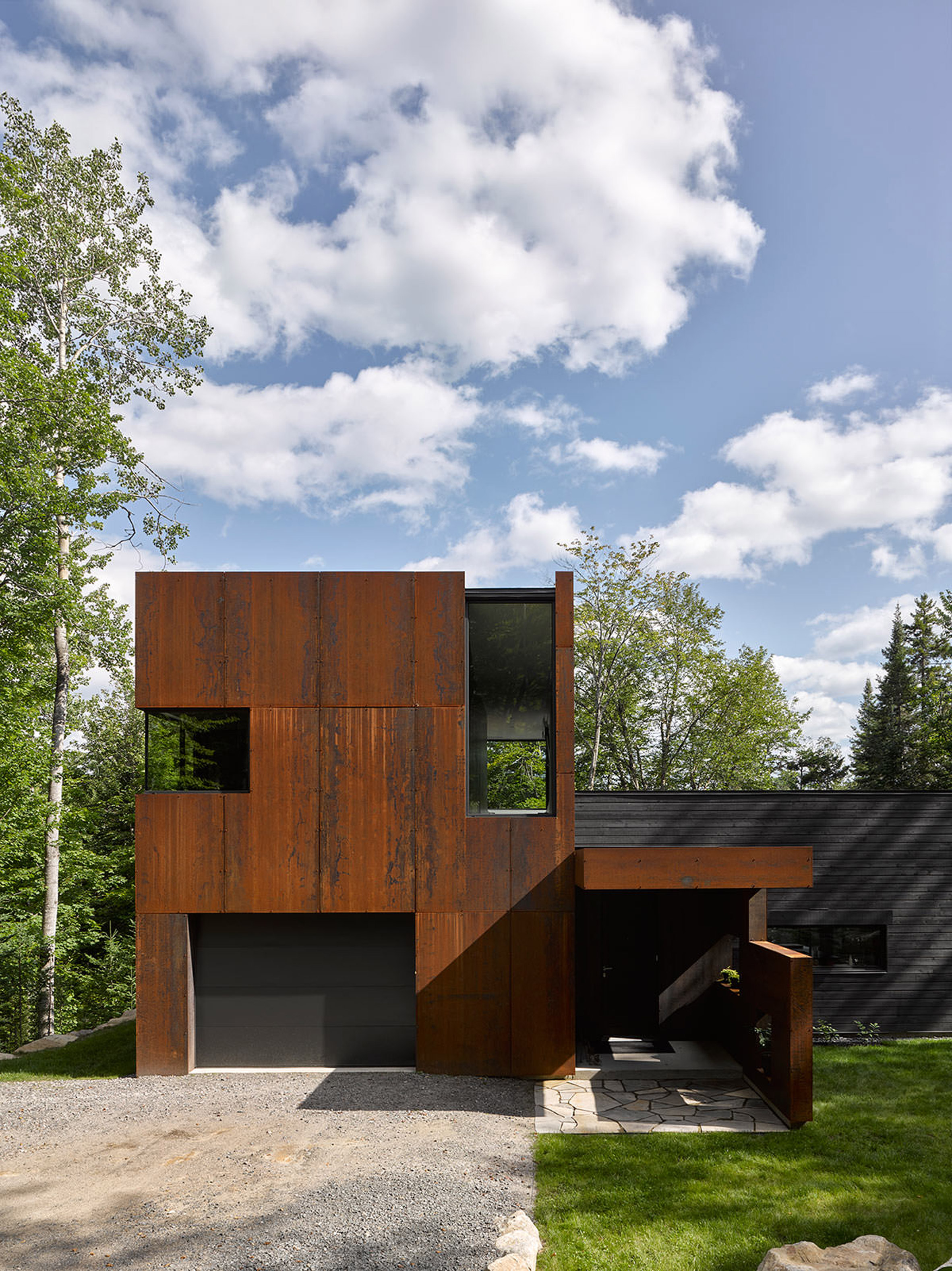 The two-storey residence overlooks Lac Charlebois, one of many bodies of water in the Laurentien mountain range, a popular vacation destination just north of Montreal. “Our clients wanted to build a contemporary house, luminous and open to the nature,” said the architect, who set up his own studio Paul Bernier Architecte in 1999. 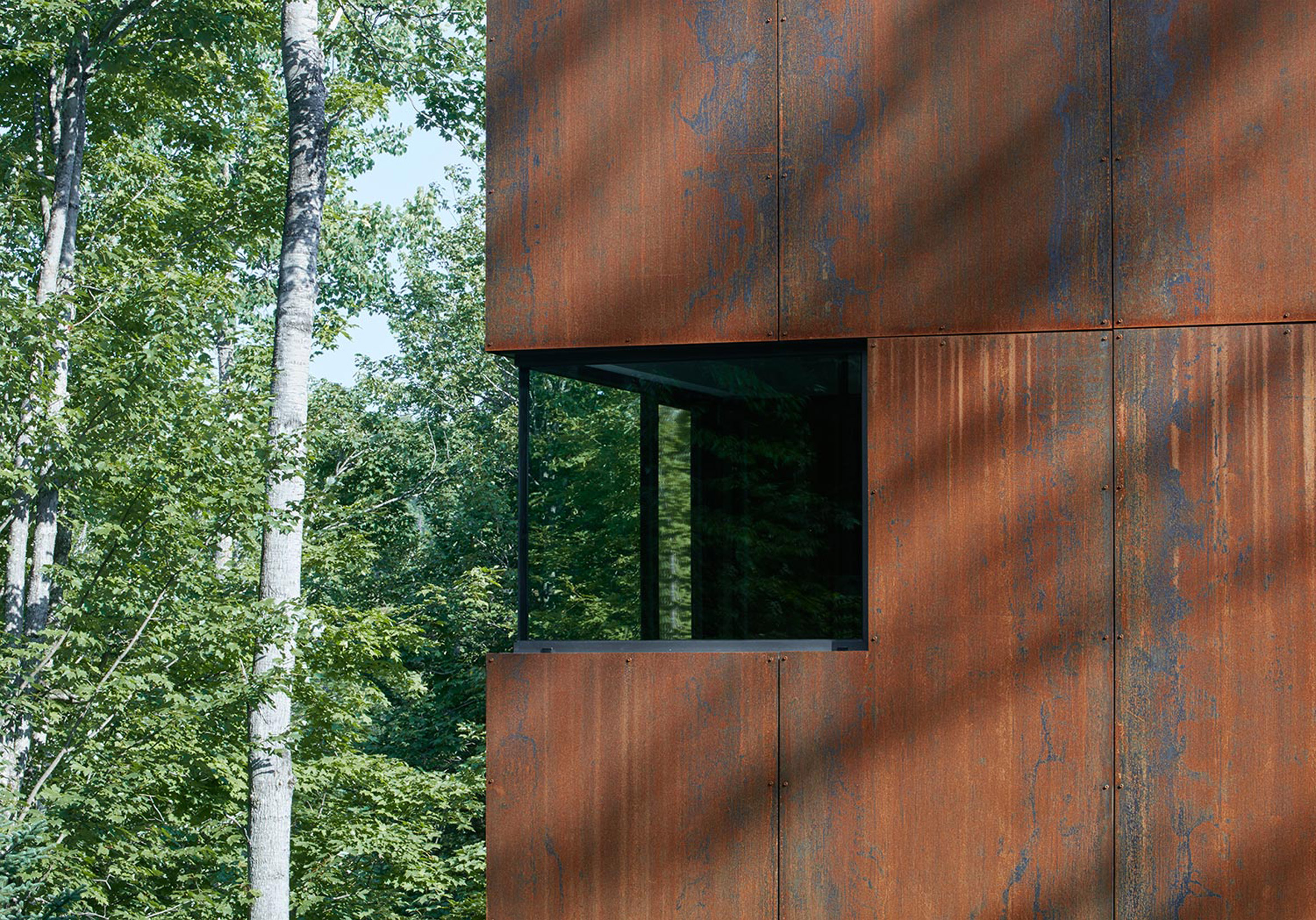 Completed in 2015, the two-bedroom residence has an L-shaped plan. The two legs of the building are one storey high, while their intersection contains a second level. “[The clients] wanted most of the spaces of the house to be level with the land,” the architect said. 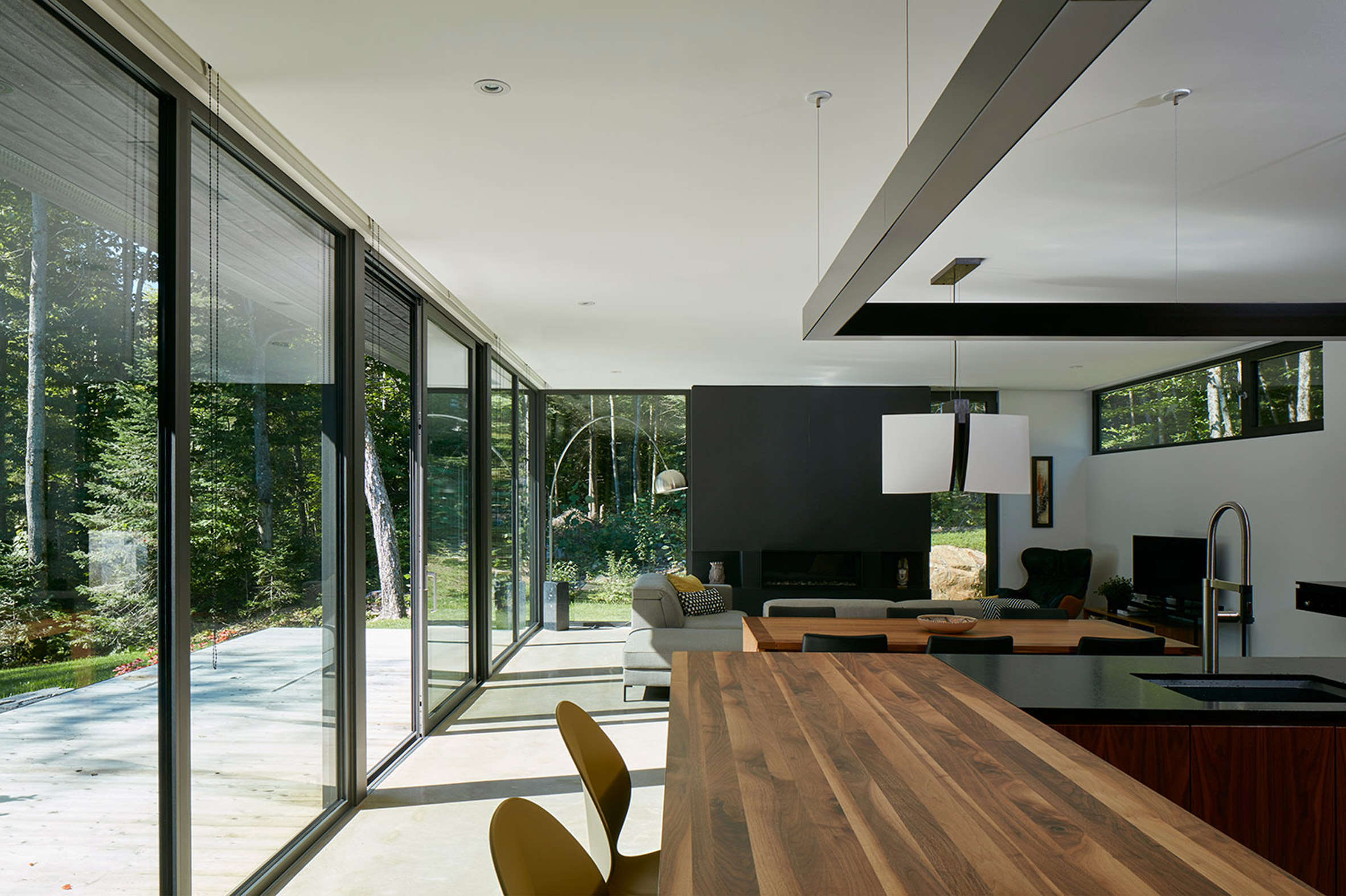 From the driveway, the front portion of the cabin contains an open-concept kitchen, living and dining room. This is where visitors congregate, whether they arrive from the front door or the garage, which is off to the side. 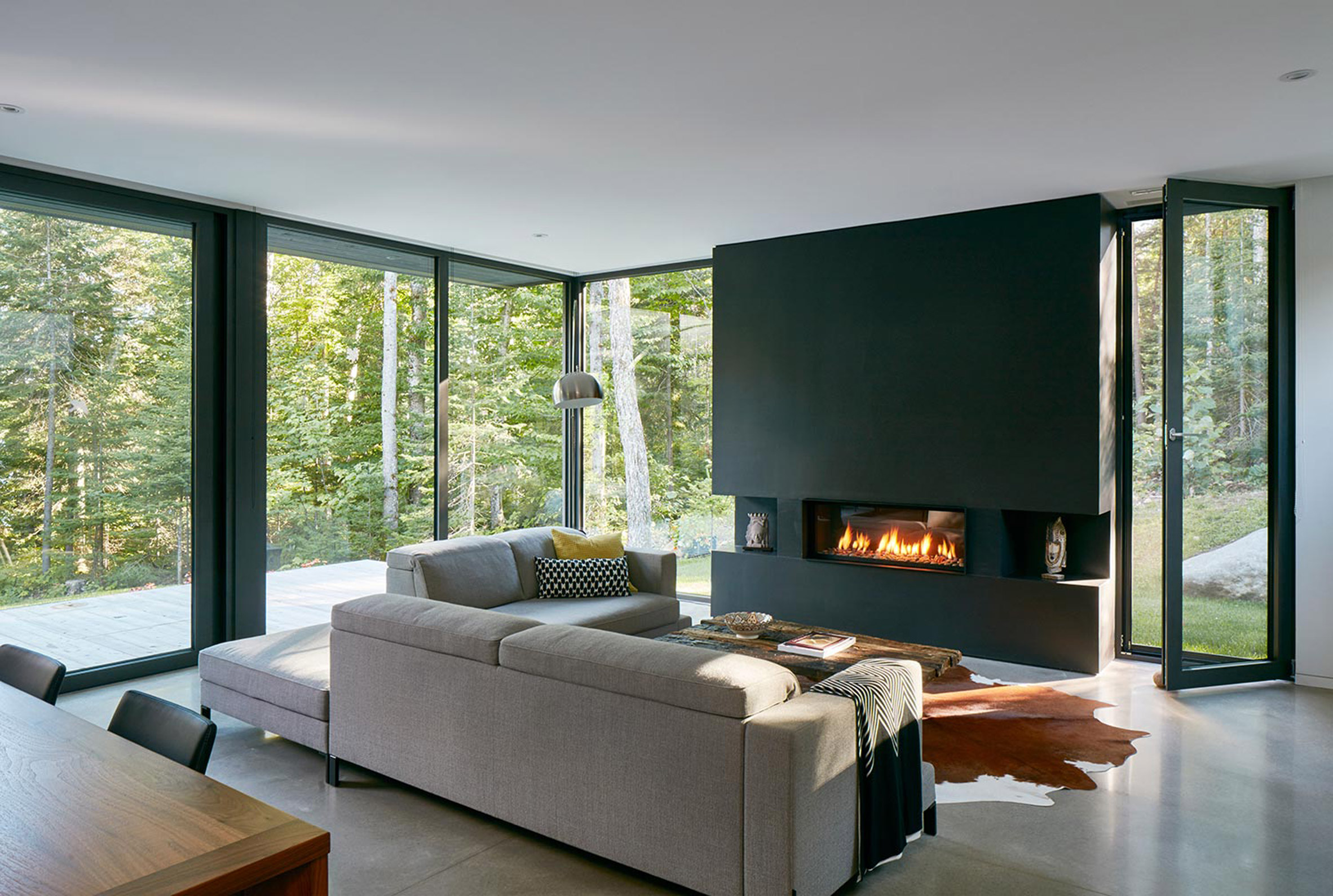 A geometric black fireplace warms the main social space, which is amply glazed where it faces a courtyard. 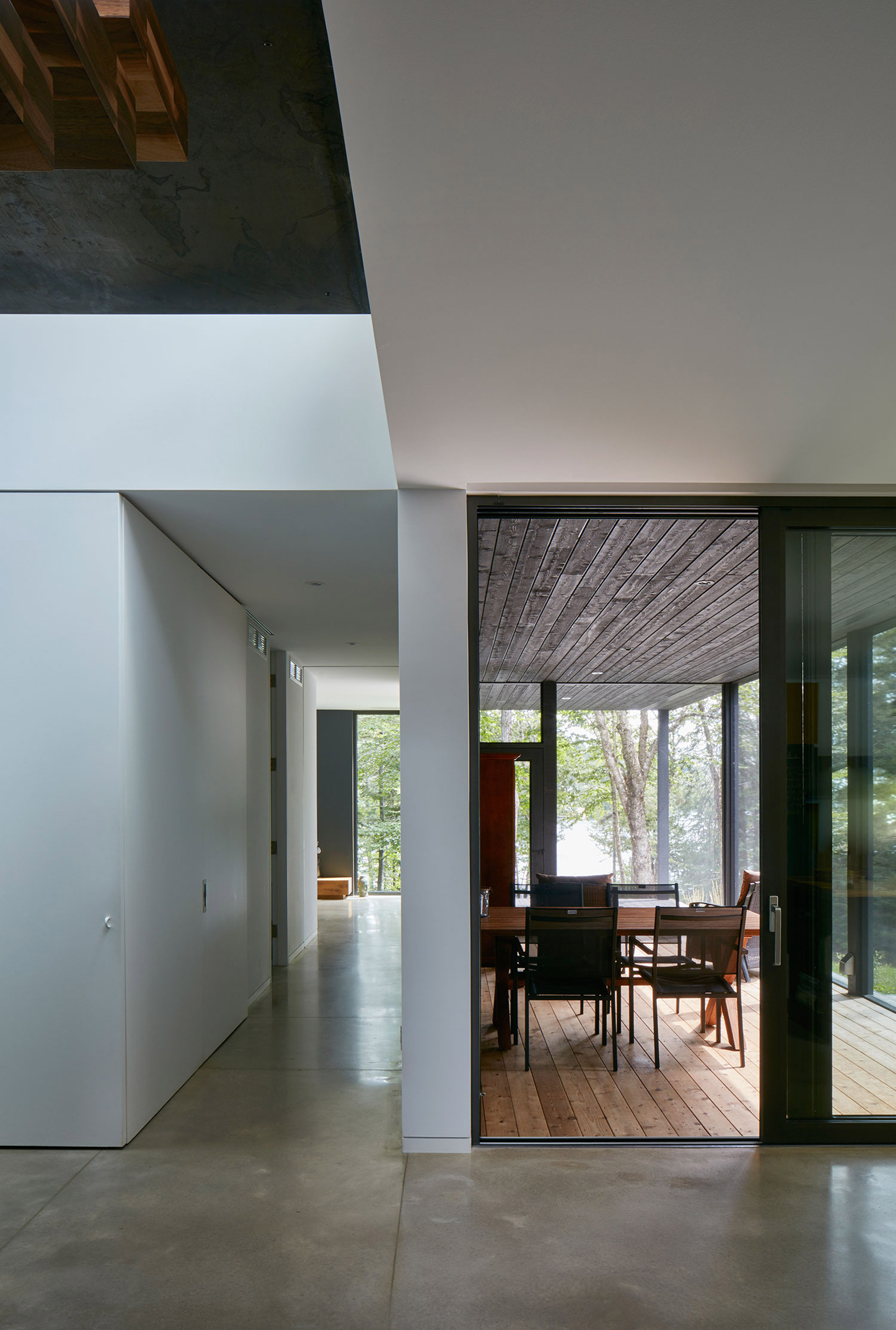 The back wing of the L encompasses the owner’s sleeping quarters. From the bedroom, they enjoy direct access to a covered deck along the side of the home. 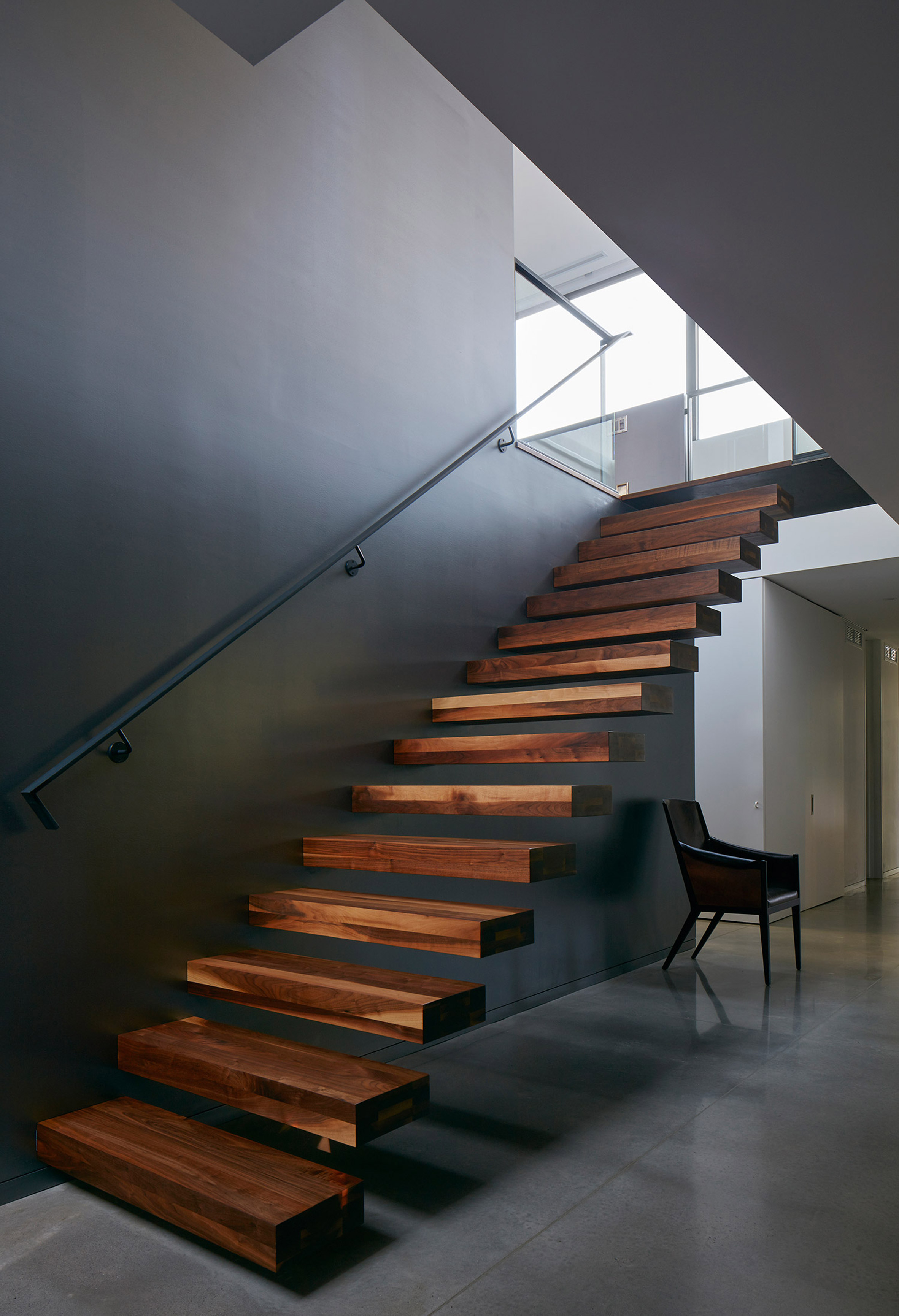 “The L-shaped plan defines a sunny outside space, hidden from the view of the neighbour and open towards the access to the lake,” said the architect. 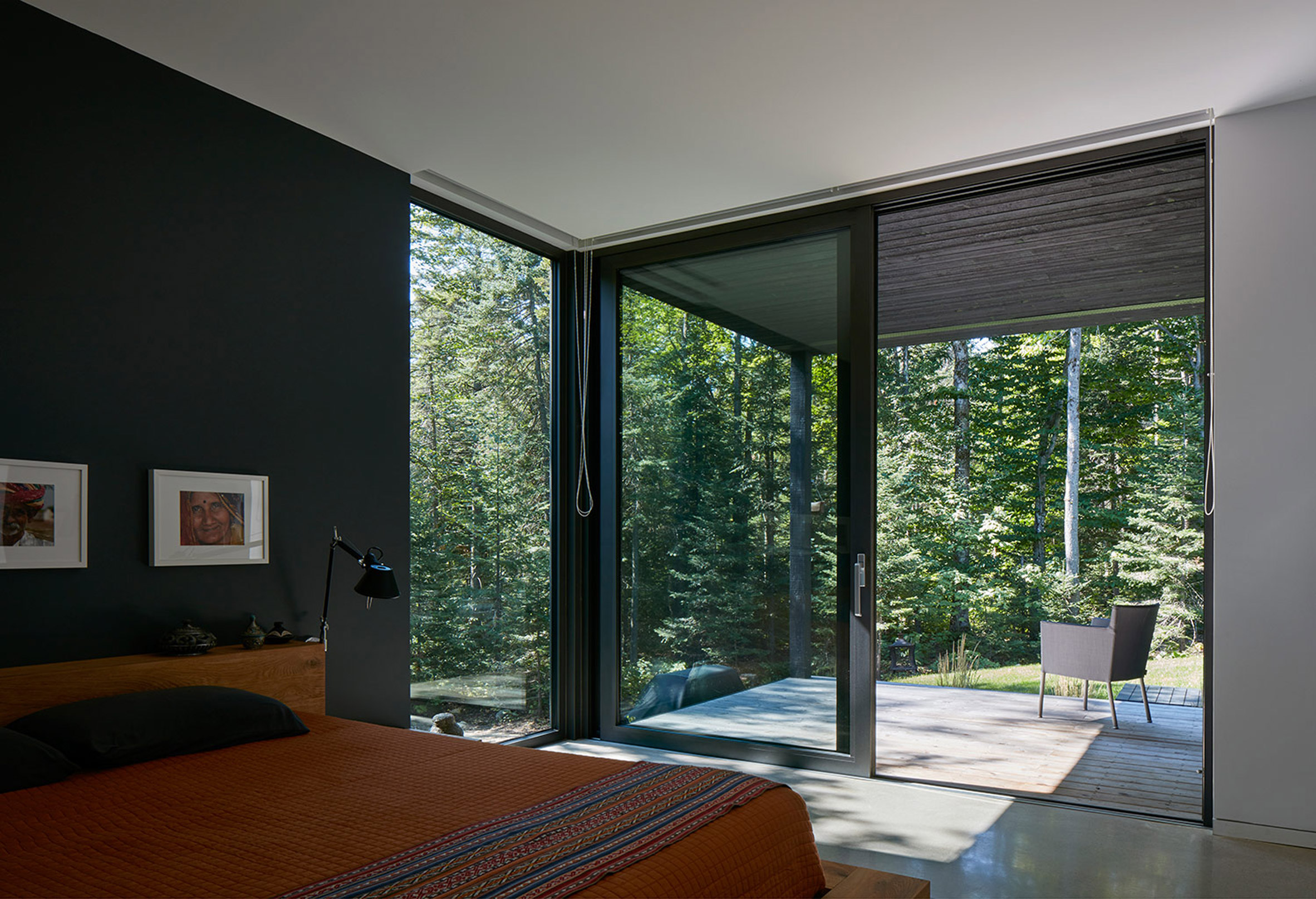 Corten steel cladding defines the two-level portion of the home. The upper storey contains an additional bedroom, as well as a mezzanine office overlooking a double-height space. The cantilevered walnut treads that form the staircase complement the dark-coloured wall into which they are set. 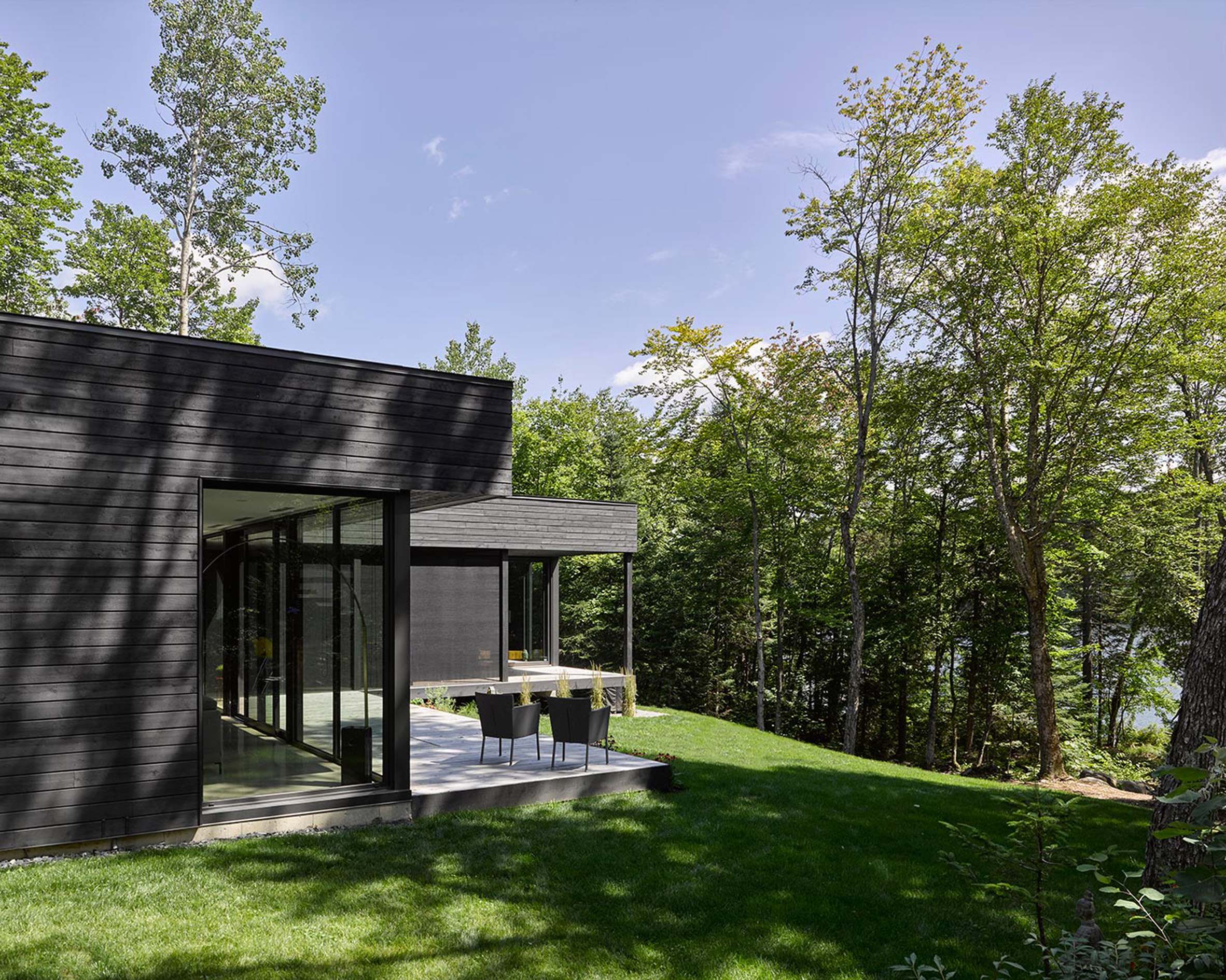 Minimalist finishes characterise the interiors. The architect chose a poured concrete floor, which plays off the monochrome treatment applied to the partition walls. 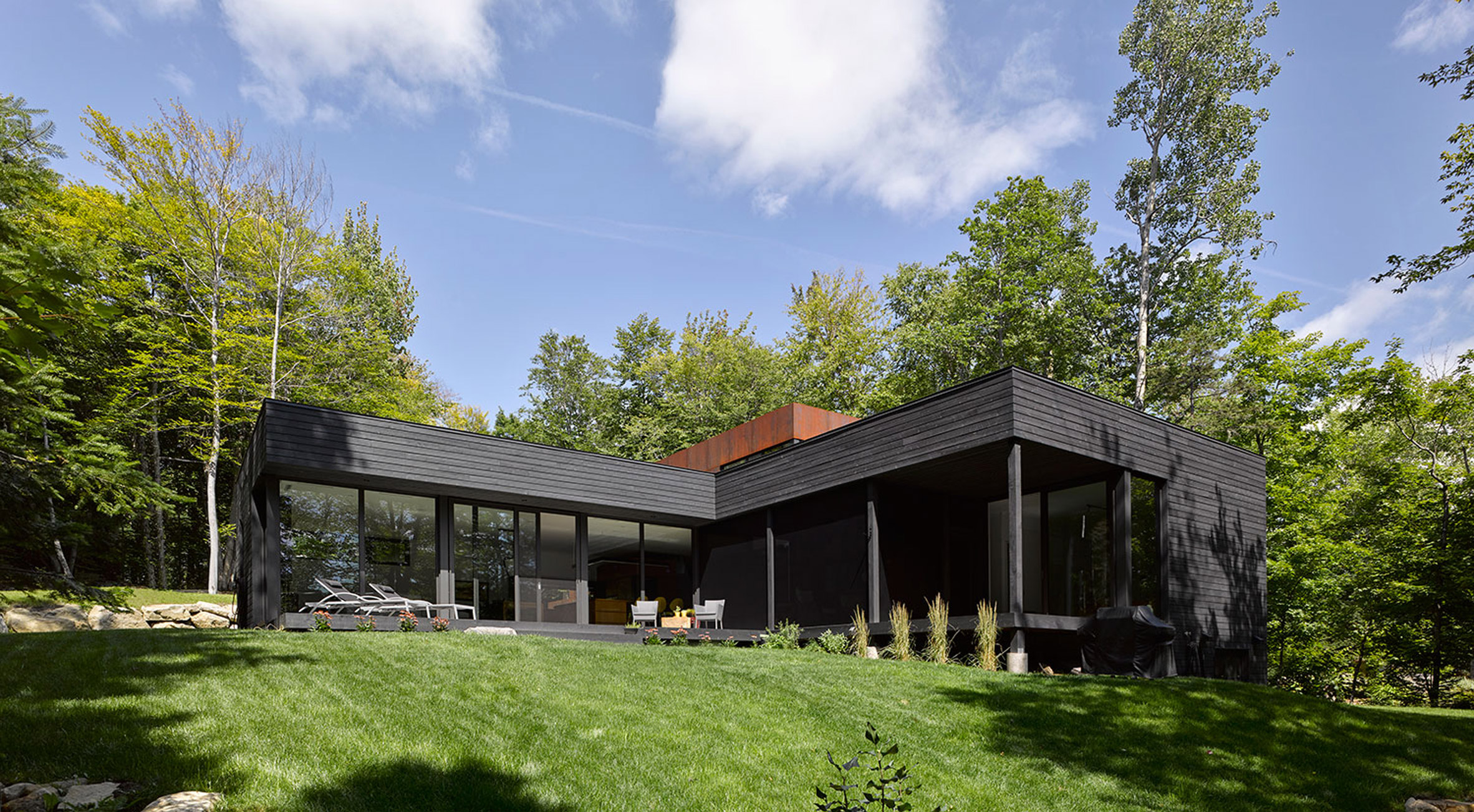 While the public-facing elevations feature modest punched windows, the facades that face the interior courtyard are amply glazed, and extend the living spaces outdoors. 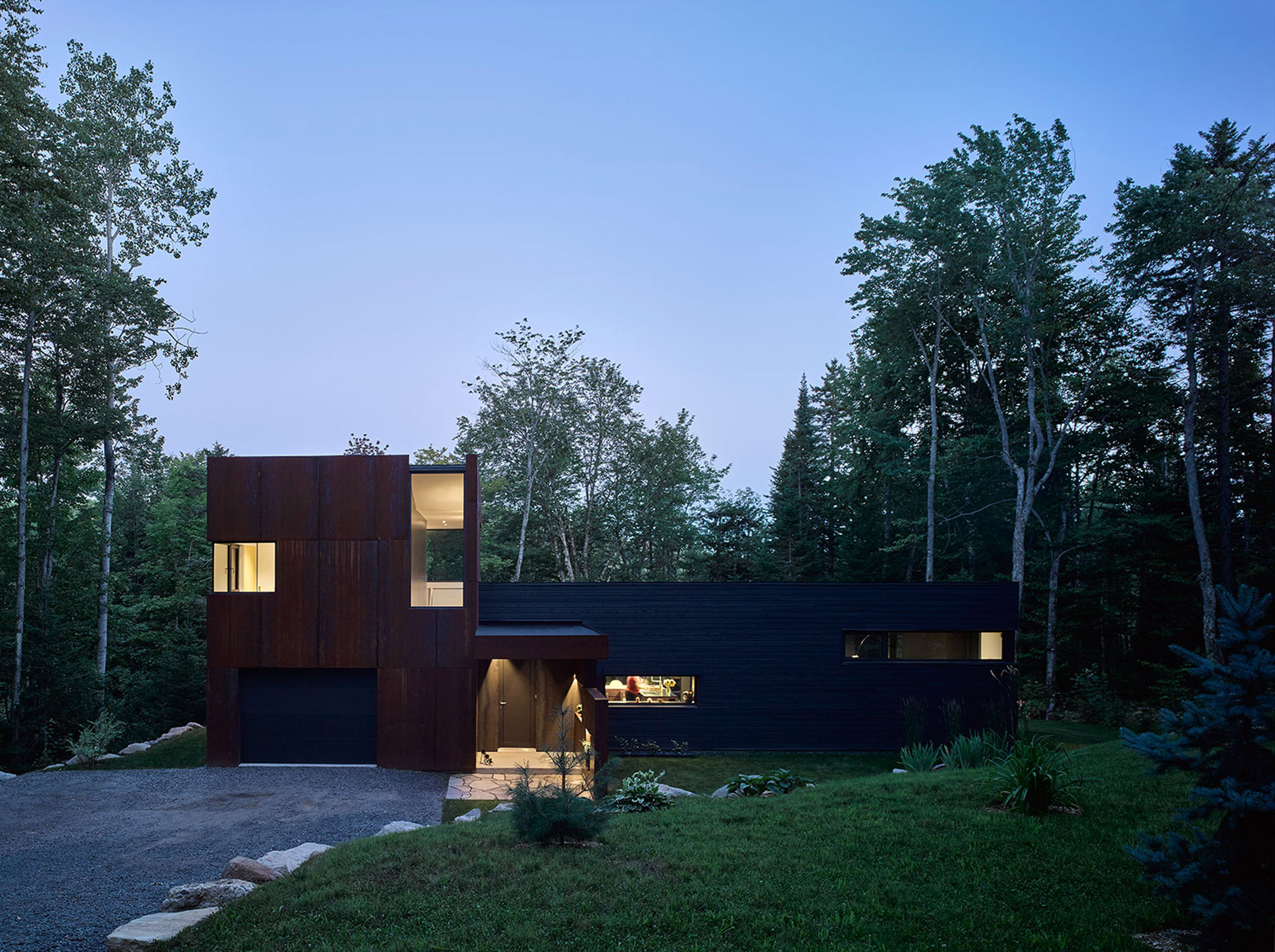 Also in the region, Alain Carle Architecte recently completed a country retreat made up of four volumes clad in charred wood siding that stagger along a sloped terrain, while la Shed Architecture built a small black cabin just a few metres from a lake.

Photography is by James Brittain. 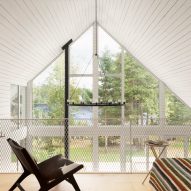