Los Angeles firm Studio AR+D has built a weathering steel-clad guardhouse for a new neighbourhood in Palm Springs, with cantilevers that form a roof over a parking spot and large boulder. 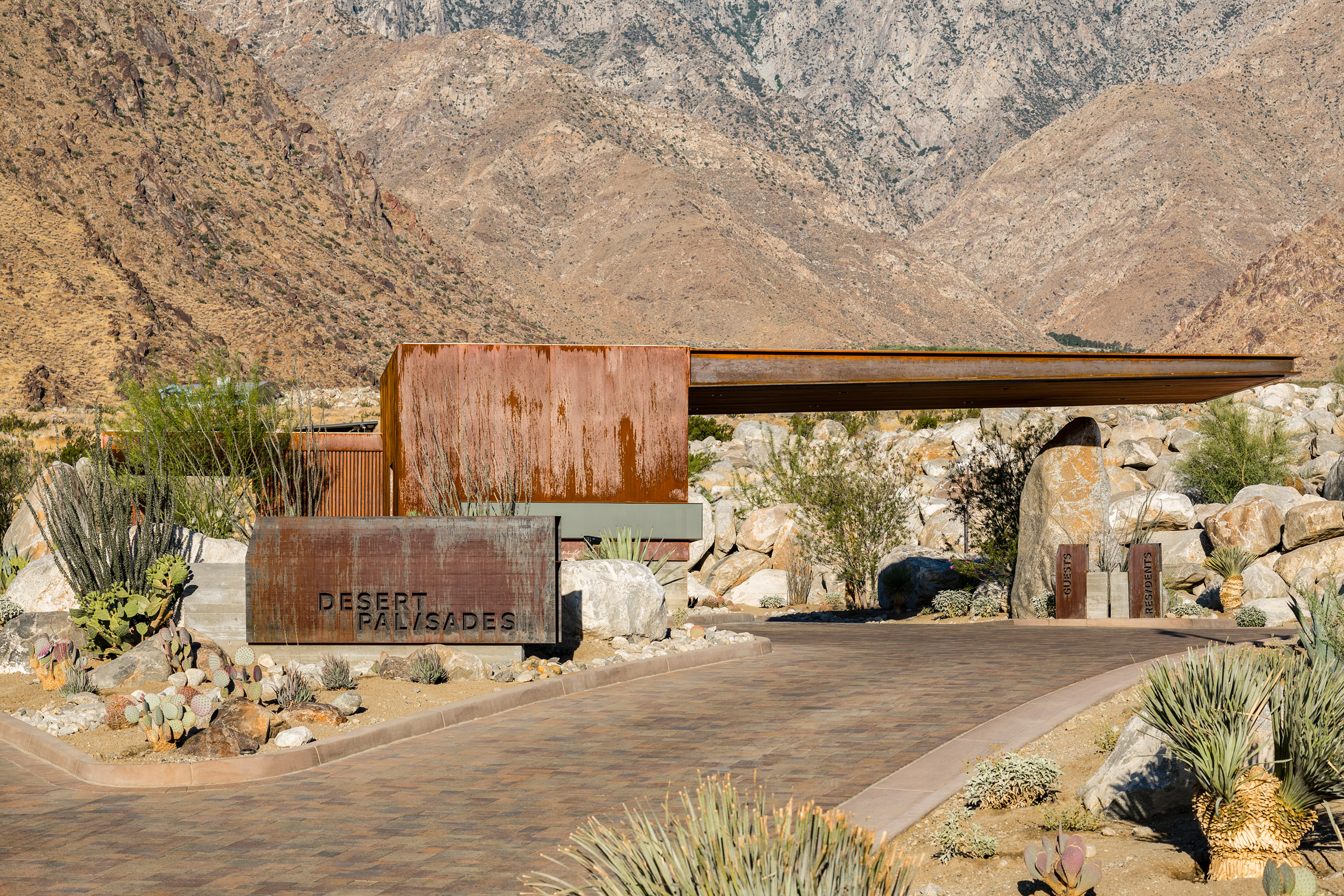 Desert Palisades Guardhouse forms a security checkpoint for a residential area under construction in the Californian desert city. The expansive views of Chino Canyon from the site informed the building’s construction, with its rusty steel facade that blends in with the arid landscape. 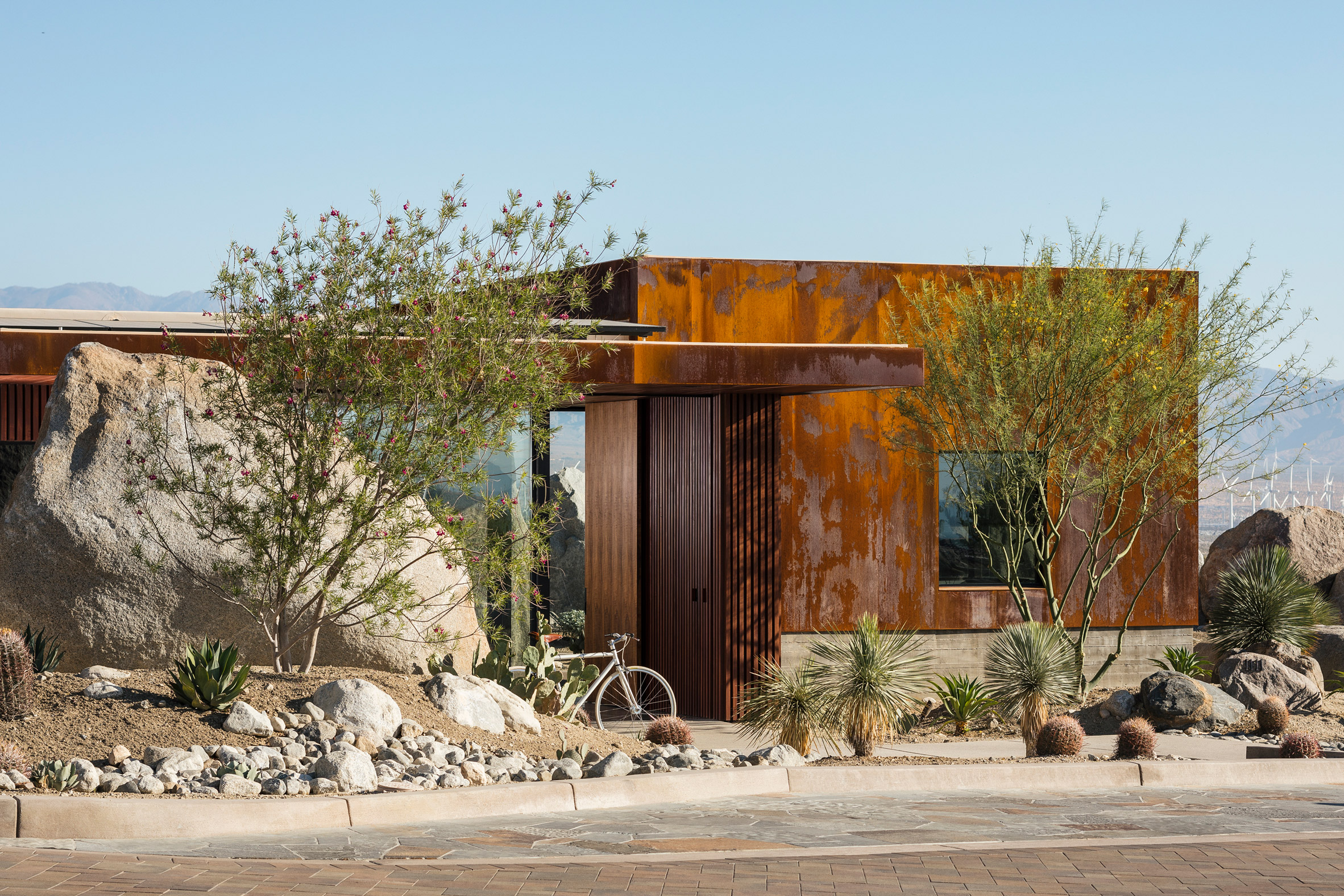 Measuring 915 square feet (85 square metres), the building most prominent feature is a large canopy that extends 34 feet (10 metres) over the space where cars stop on their way into the neighbourhood. A 12-foot-tall (3.7-metre) chunk of rock nearly touches the cantilevered roof, with just a small gap left below the timber-lined ceiling. 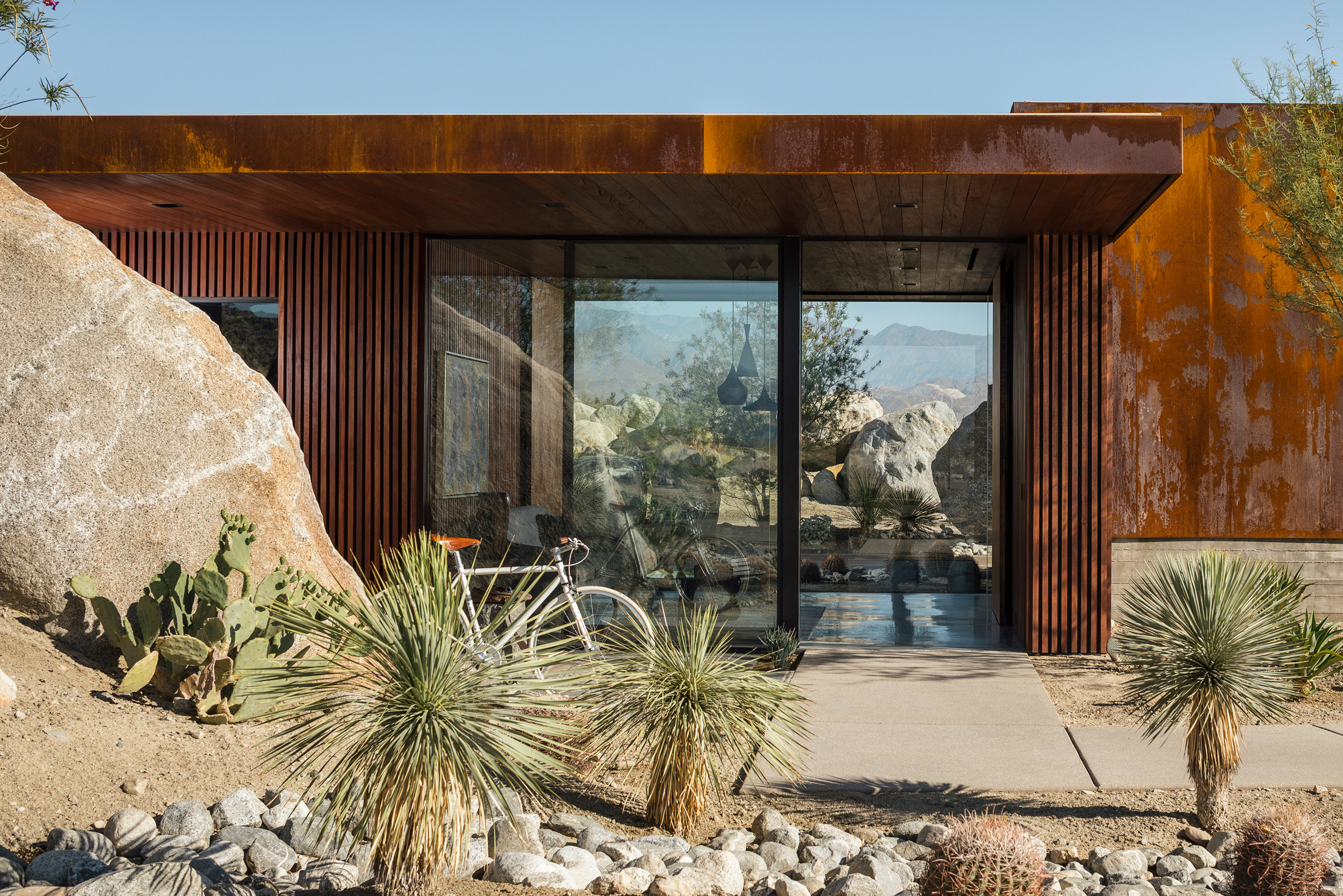 “We really wanted this boulder to appear that it was very close to the roof but not quite connecting to it physically,” said Studio AR+D. “We preferred the tension created between the two structures, natural and man-made, and wanted them to speak to the other while still remaining elusive of one another.” 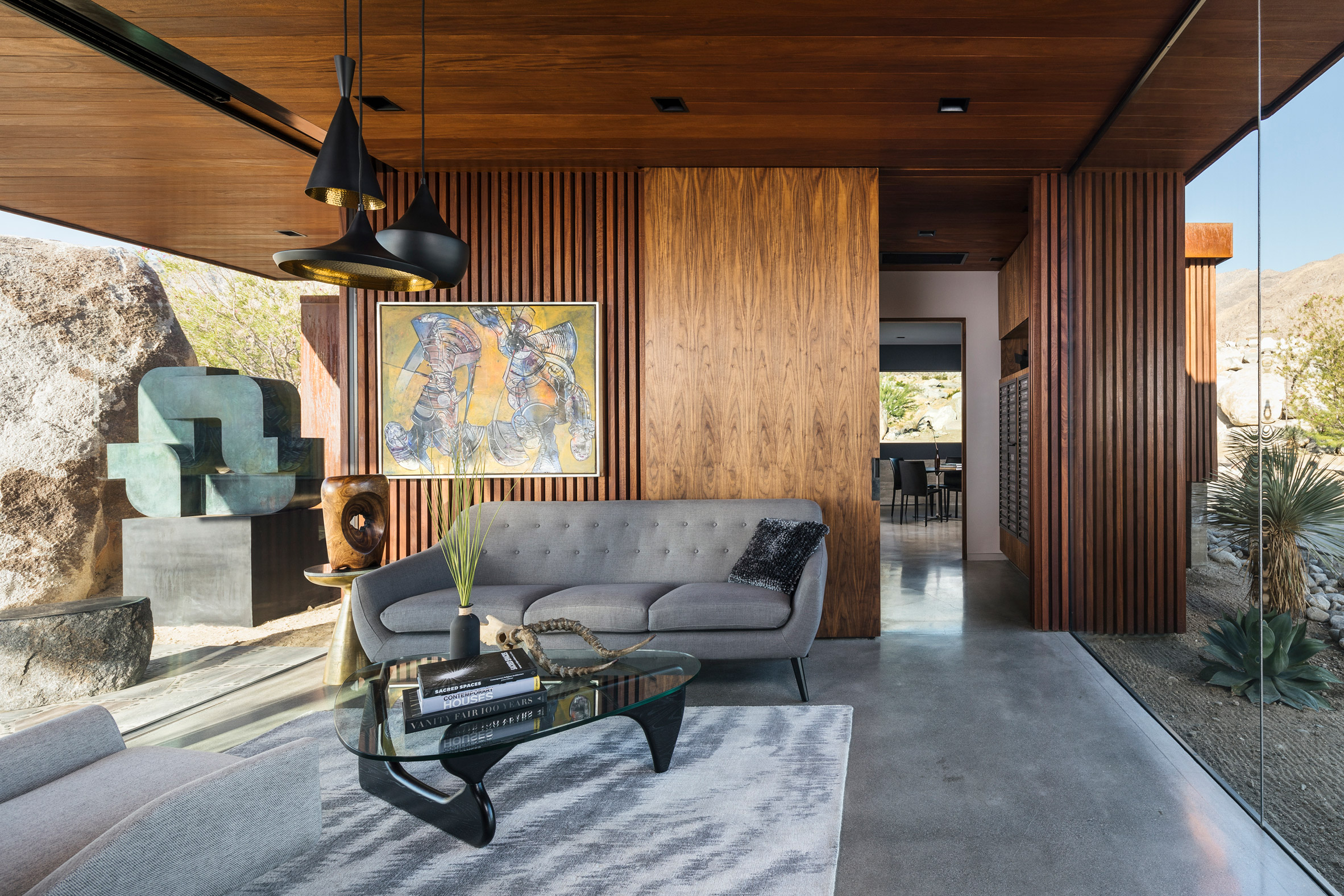 The guardhouse includes a sitting area, mailroom and bathroom inside. Connected to the attendant area is a sunlit space with floor-to-ceiling windows, while a break room with a small kitchen and rest area make up the rest of the facilities. 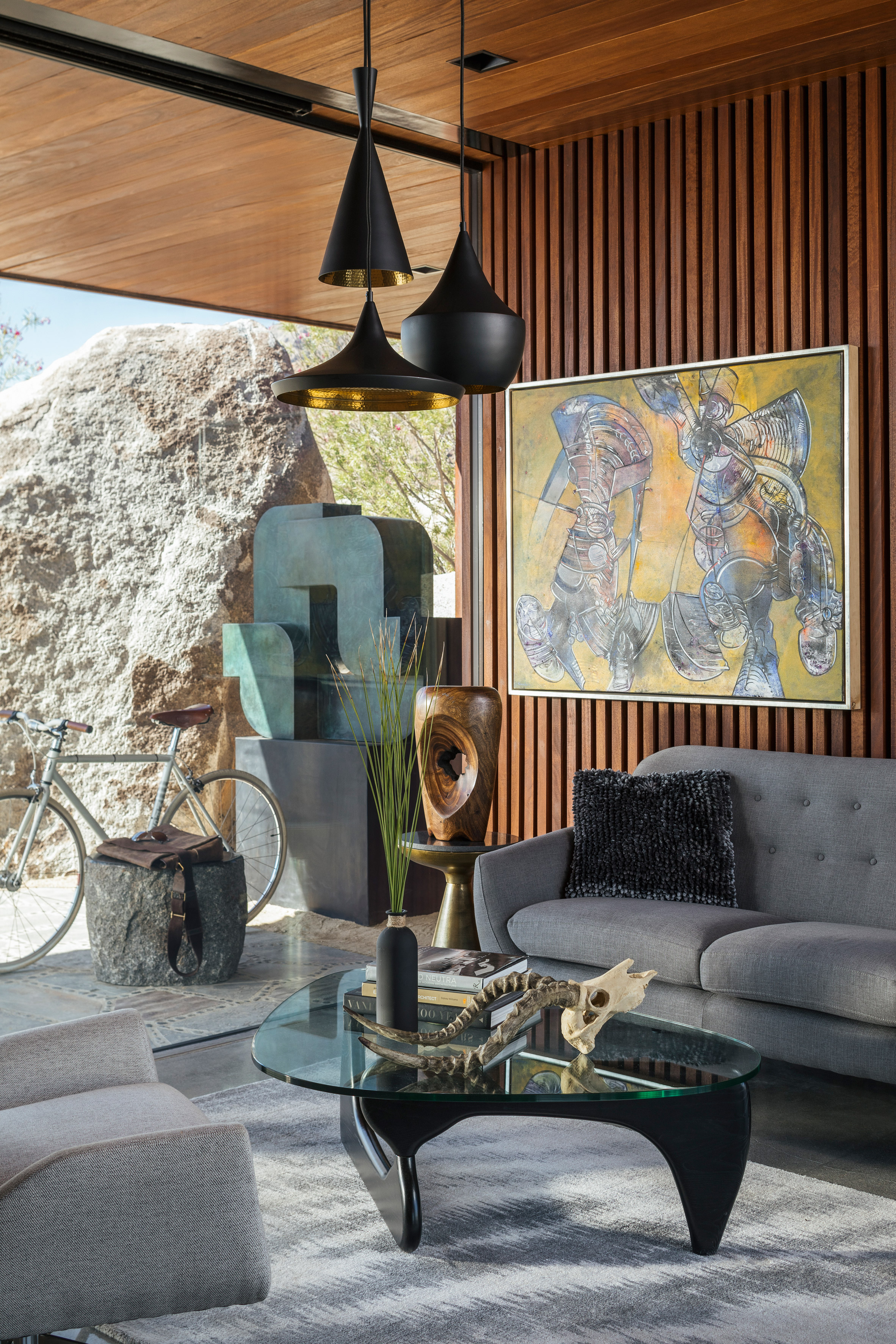 The construction materials of the guardhouse were chosen to compliment to the desert environment and left untreated so they will weather with time. The building comprises steel, concrete and glass components, which were also used for their strength and durability.

“It was paramount that the materials of the outer shell and structure be left to patina naturally, unadorned with any added finish,” the firm said. 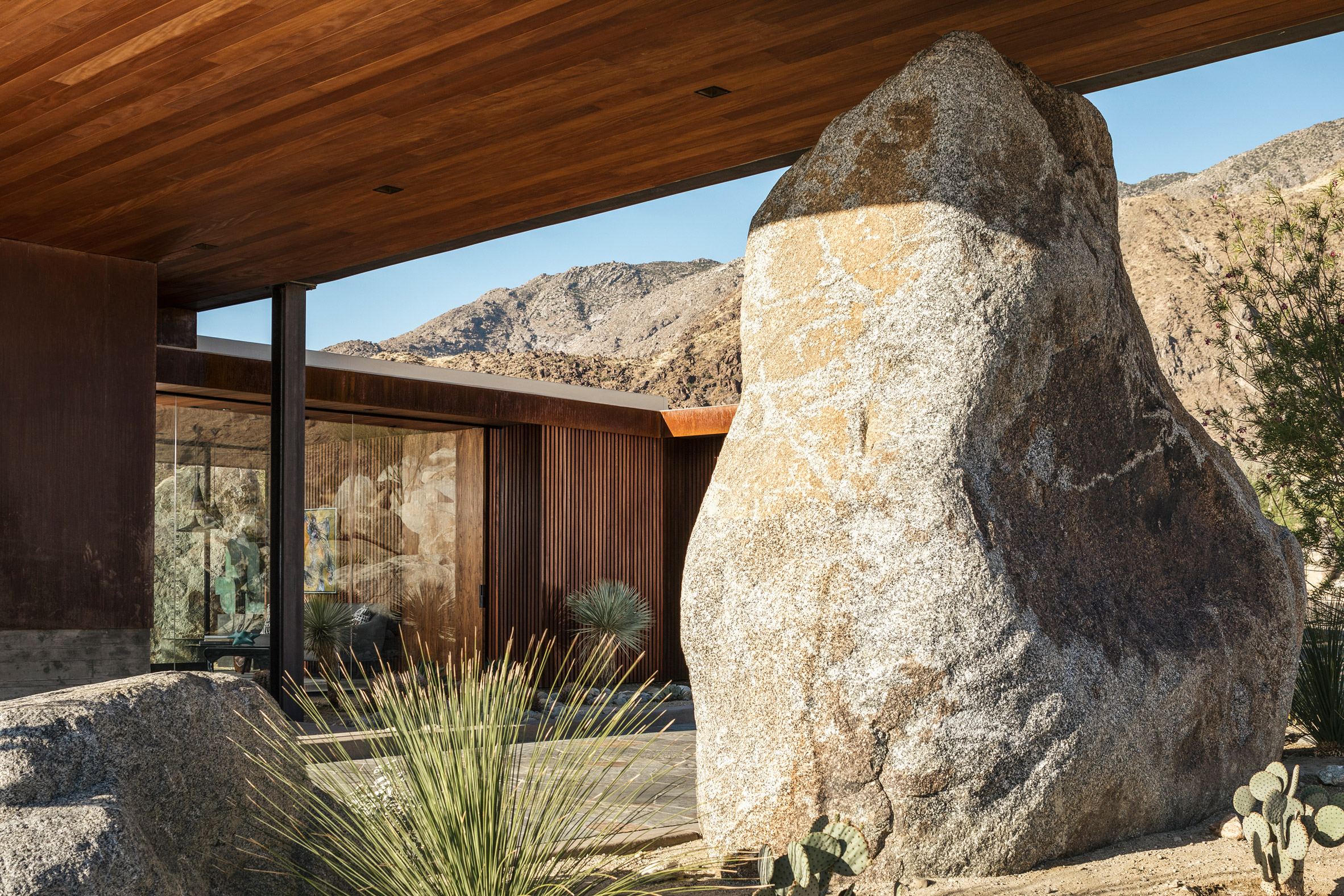 Desert Palisades, located just north of Palm Springs, is set to include 110 residential plots – each to be built in relation to the natural surroundings by real-estate developer The Agency.

“Upon initial visits to the site, and witnessing the expansive views and natural setting, it was evident that the building should reflect the calibre of the homes intended to be built here, while complementing the raw and rugged terrain,” said Studio AR+D. 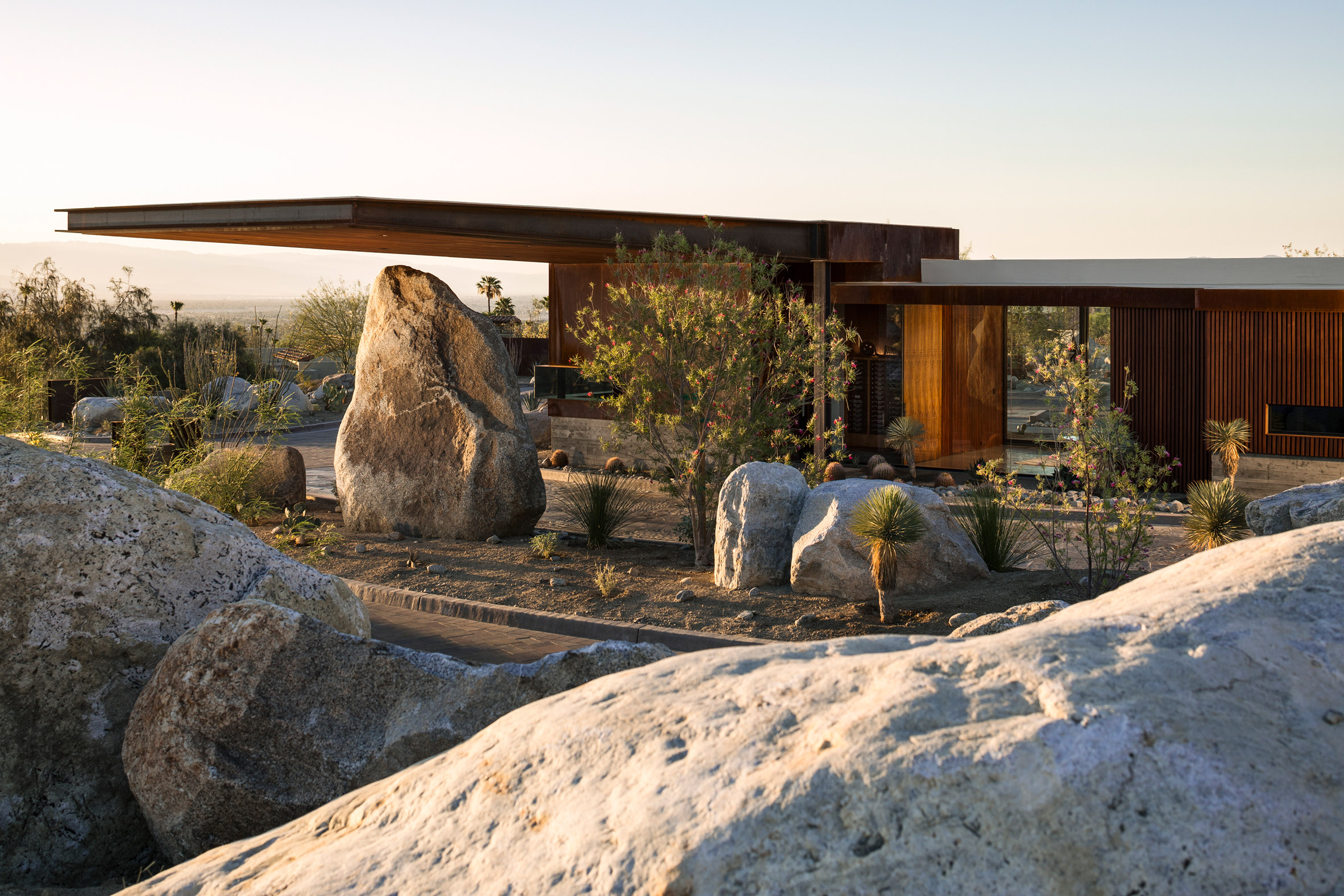 The neighbourhood was inaugurated during this year’s Palm Springs Modernism Week, which took place 15-25 February 2018, when two homes in the area also opened. Desert House No 1 by Palm Springs-based architect Lance O’Donnell of O2 Architecture, and a house based on plans by midcentury architect Al Beadle, built by O’Donnell and Mike Yankovich of Better Built Inc. 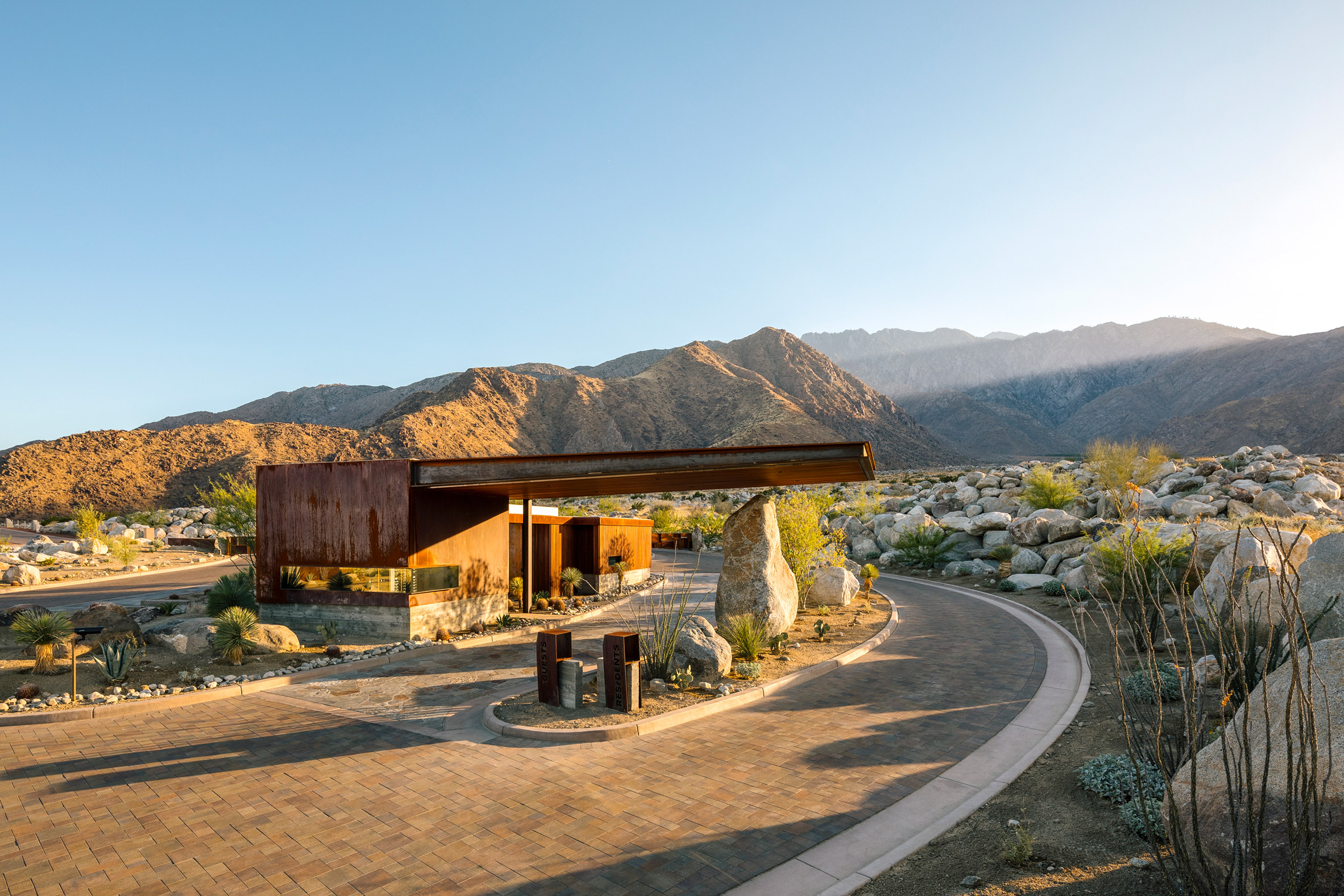 “Whether an architectural landmark, personal sanctuary, family playground or inspiring escape, homes are meant to be clean, linear and ageless, with a barrierless transition from indoor to outdoor living,” said a statement from Desert Palisades. 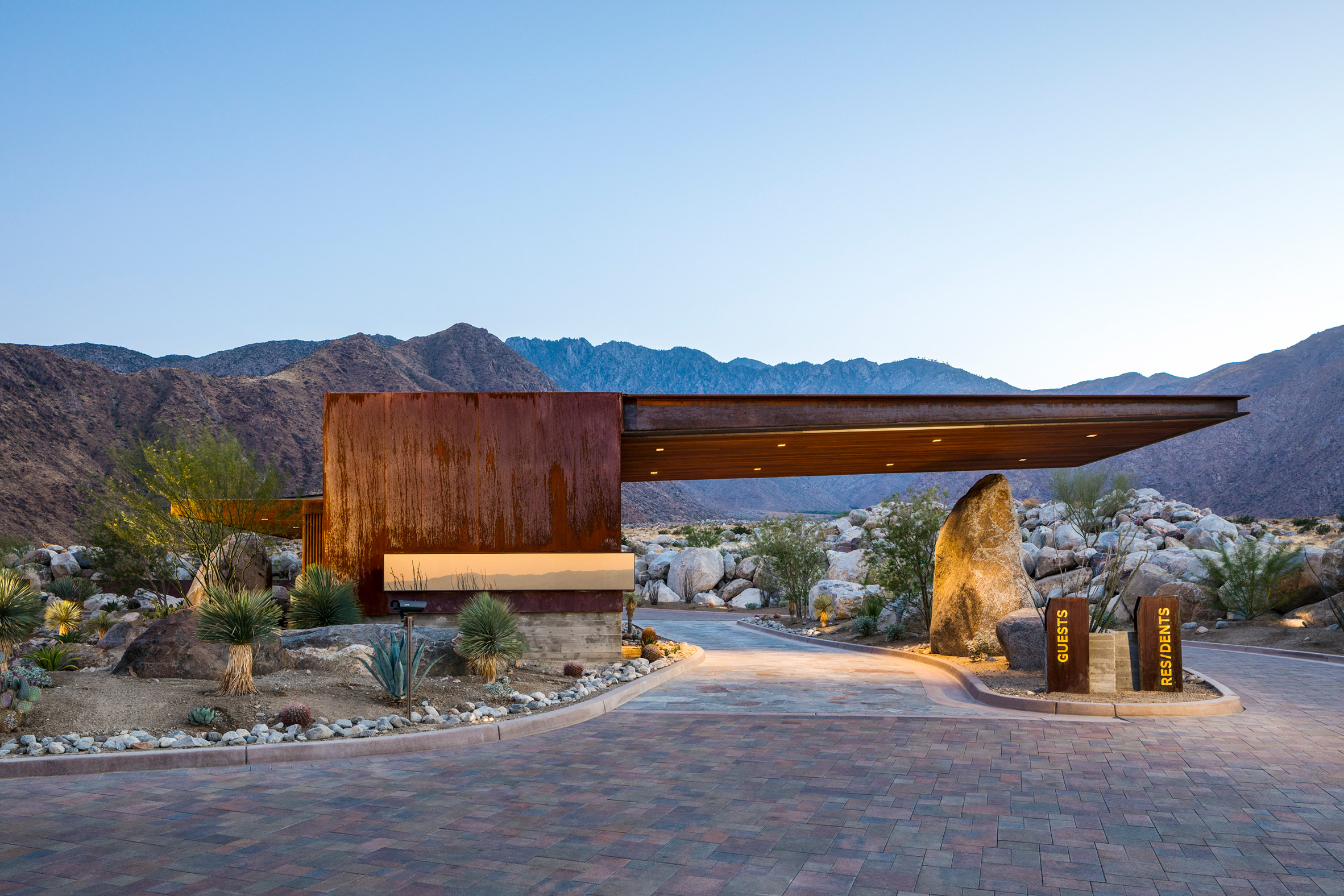 The region is renowned for its modernist buildings, which Dezeen celebrated with a series of project profiles to coincide with Modernism Week. These included the most important examples of the architectural style in Palm Springs, like Richard Neutra’s Kaufmann House, John Lautner’s Hope Residence and E Stewart Williams’ Twin Palms estate.