House and Studio Lambeth is a new building that architecture office Carmody Groarke has slotted into the brick shell of a Victorian warehouse in south London.

The house and studio is located on a long, narrow site that is landlocked by housing. Rather than clear the site, the London-based studio chose to work with the fabric of the old warehouse that remained. The new building simply slots inside. 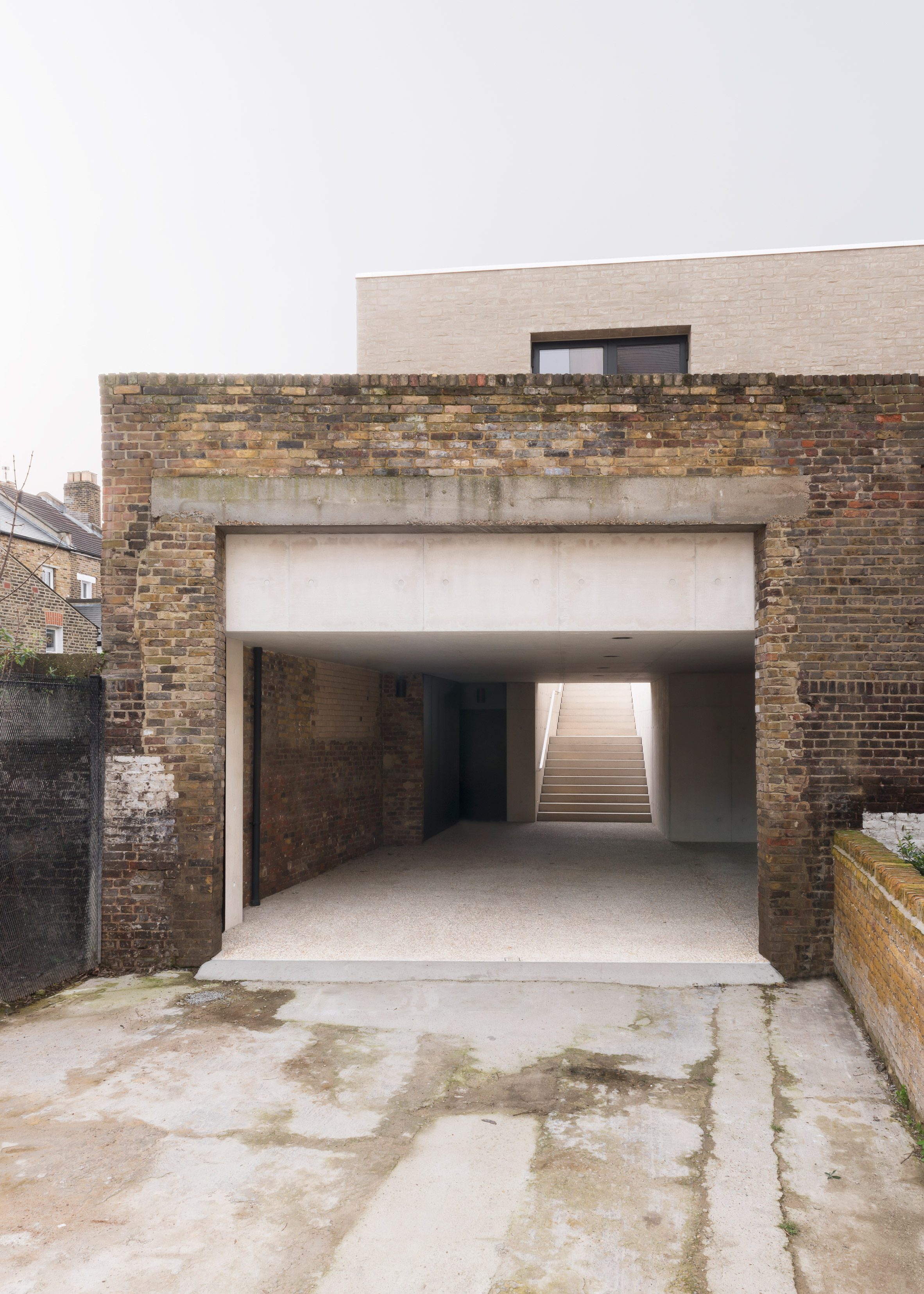 “The client was very keen to keep all of the old walls and any remnants of the past within them,” explained project architect Andrew House.

“Although structurally very challenging, as the walls were never designed to carry this additional weight, it helped with an already very complex boundary condition,” he told Dezeen. This idea of a brick “skin” became a running motif throughout the design. New areas adopt a sensitive brick exterior, but are lined internally with smooth concrete that occasionally reveals itself from behind the original brick walls.

At ground floor level, the footprint of the site is completely given over to office space, sitting off a dramatic, sky-lit concrete corridor. 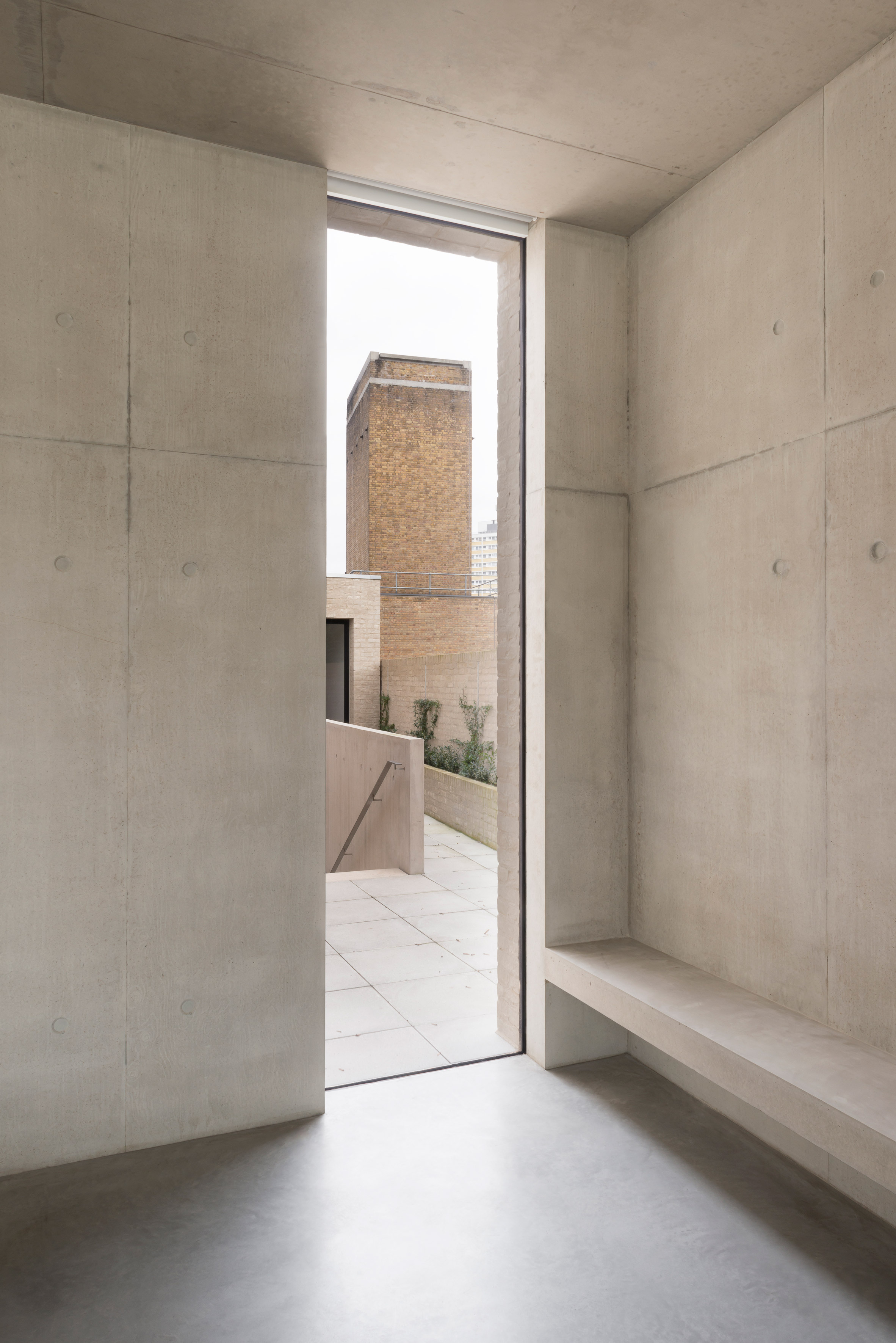 Above, the living spaces are designed as a cluster of “pavilions”, a series of individual units with different heights linked by a skylit internal street. A concrete stair connects the two levels.

Each of these small buildings, wrapped in brickwork but finished internally with concrete, has been designed according to the sensitivities of the surrounding homes, minimising obstructions and overlooking. 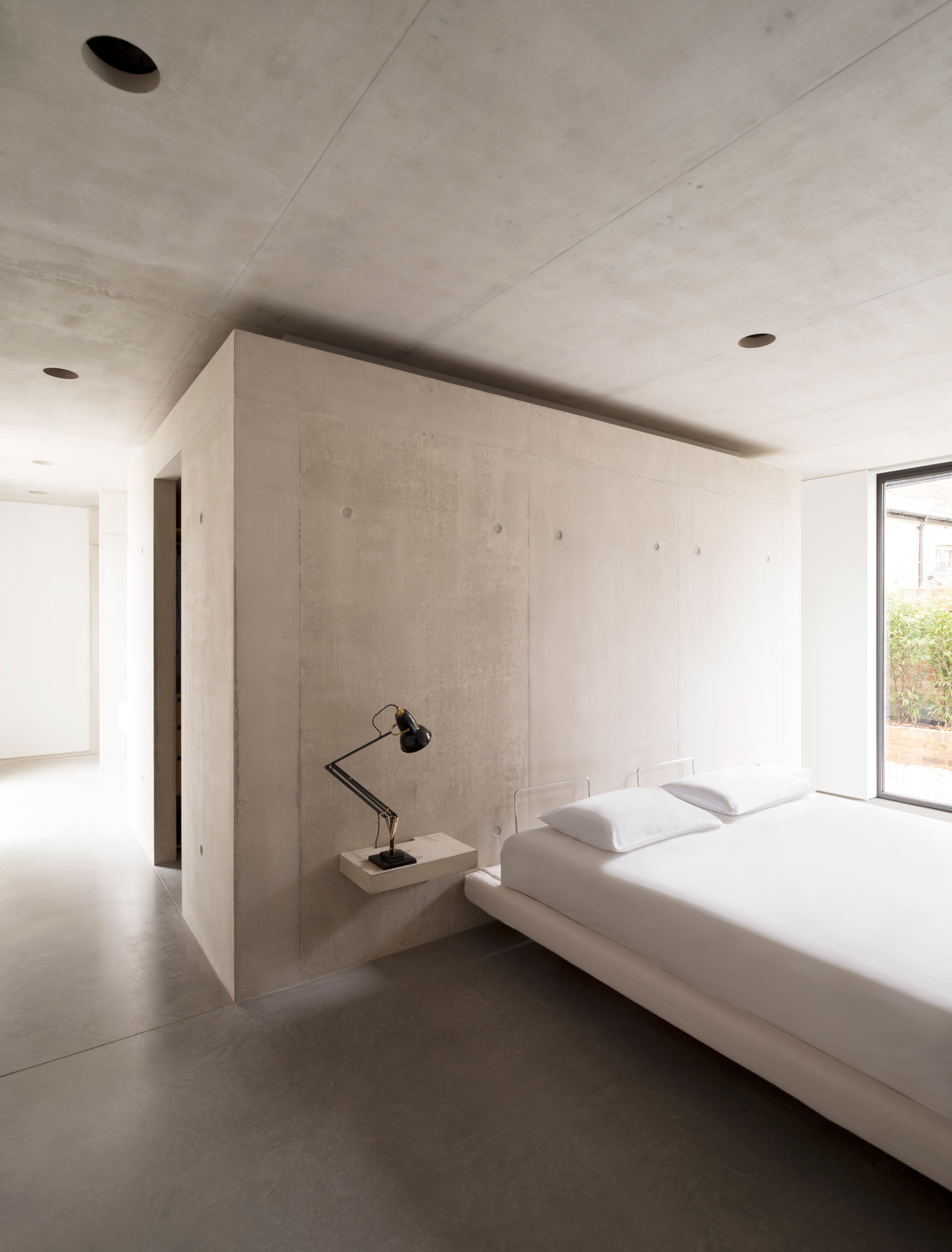 The living area itself only occupies around half of the site at its northern end, stretching back to a large roof garden sitting on top of the office spaces below, surrounded by a perforated brick wall and overlooked by a large living room and kitchen space.

As well as providing outdoor space, this garden is intended to offer a “visual amenity” for neighbours.

There are four bedrooms, including one divided by a concrete bathroom unit finished with a large shadow gap. These sit alongside a playroom, a small office space and a home cinema. The small run of space that separates the pavilions from the original warehouse wall allows light to reach the living spaces through tall, narrow panels of glazing. This space is also accessible from both the garden and doors in the bedroom, doubling as a thin terrace.

Almost all interior finishes and features, such as fixed seating and shelves, are made out of concrete, unifying the interior. “The concrete was always intended to be quite raw,” said House, “but as the project developed with samples on site, the client was able to see with could be achieved with almost perfect smooth concrete juxtaposing the rough old warehouse brick.” Carmody Groarke also used the concept of pavilions in a recent scheme in Sussex, connecting a small structure to a home via an underground tunnel.

House and Studio Lambeth was shortlisted for an RIBA London Award earlier this year, along with the practice’s Fitzrovia House scheme, which eventually went on to win.

Photography is by Gilbert McCarragher.