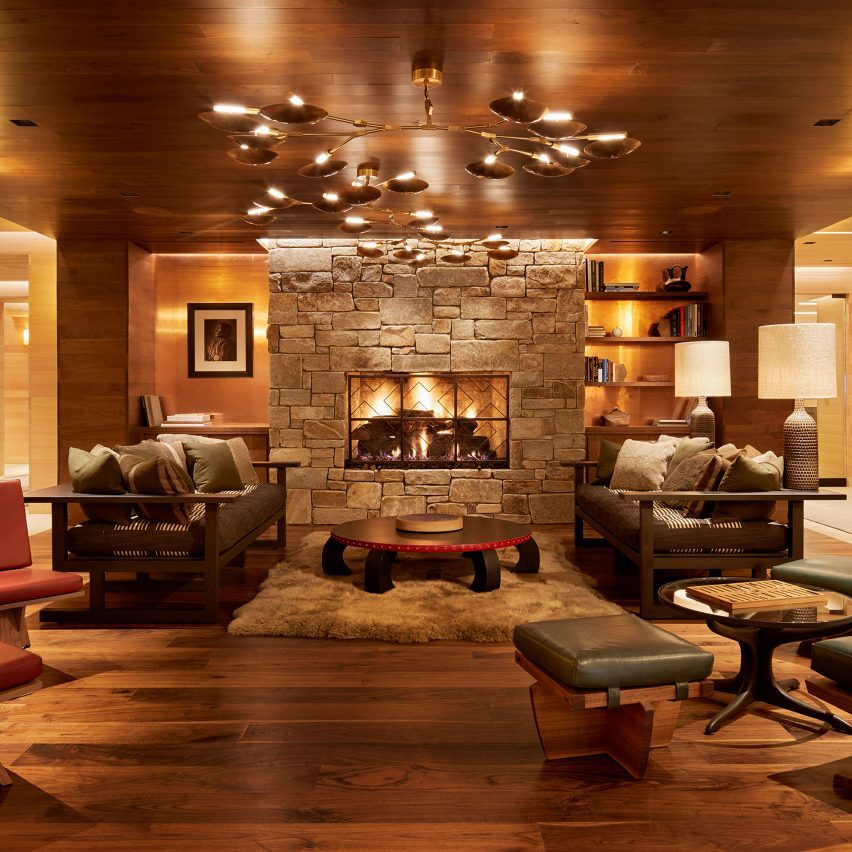 Wyoming studio Carney Logan Burke Architects has completed a spacious ski resort in the American West, intended to offer a “chic but casual” atmosphere with a rustic yet modern appearance.

Caldera House was constructed in the heart of Teton Village, which sits at the base of the Jackson Hole Mountain Resort in western Wyoming. The resort contains commercial space and eight rentable suites, along with a range of amenities. 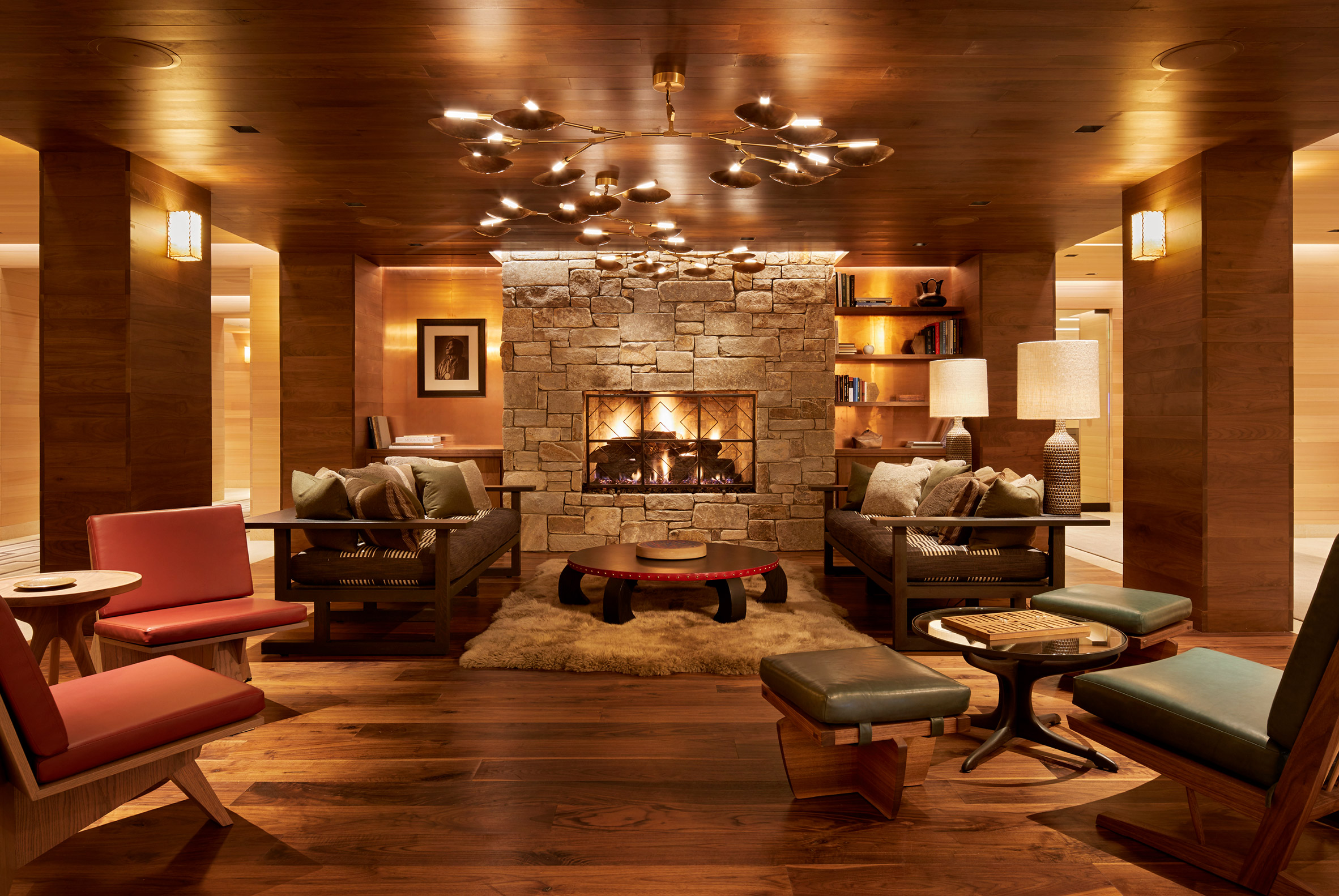 Local studio Carney Logan Burke Architects – which has an extensive portfolio of contemporary buildings in the region – designed the building and six of the suites. Public spaces were designed in collaboration with California-based Commune, which also designed two of the suites. 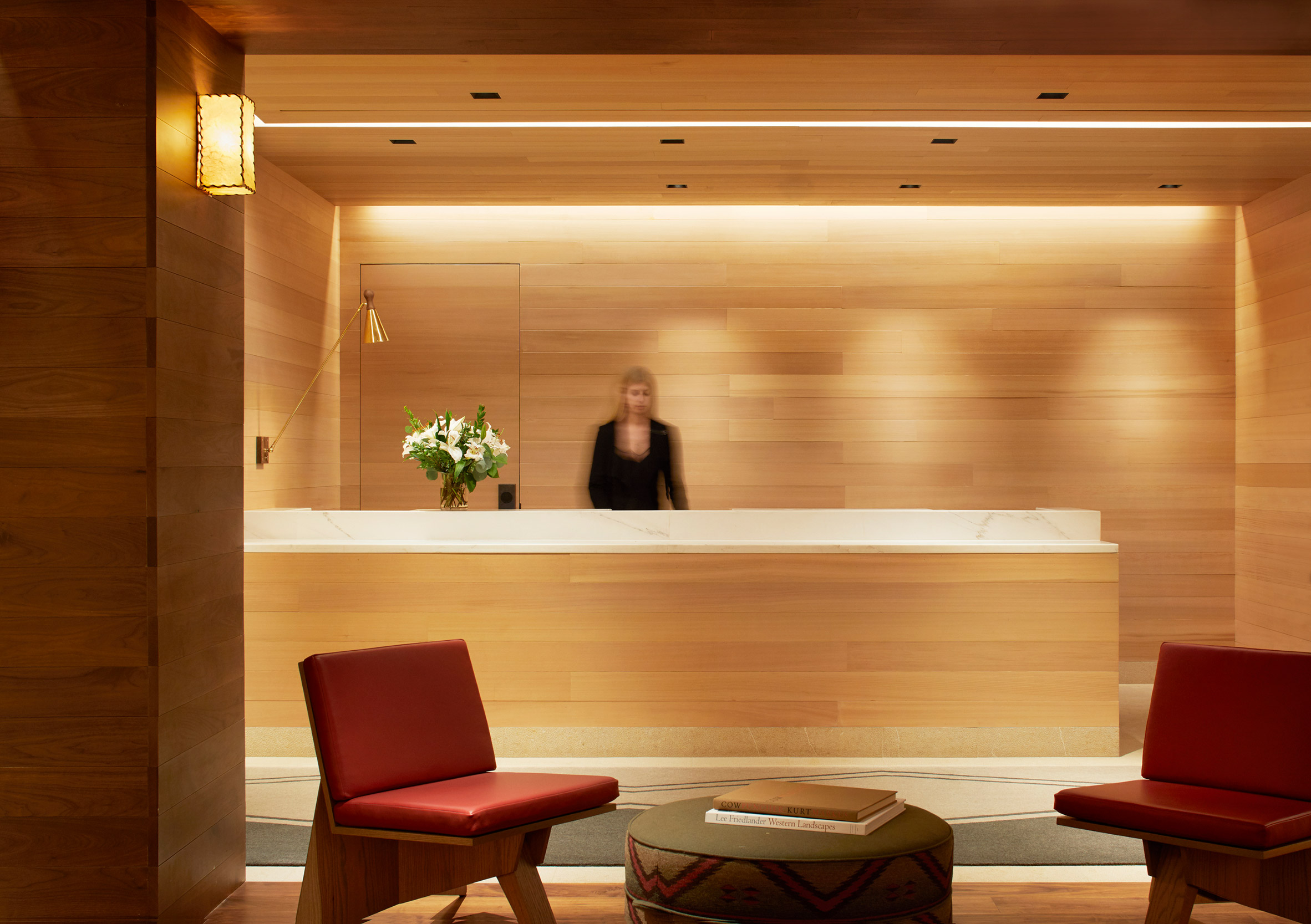 Encompassing 70,000 square feet (6,503 square metres), the five-storey building is composed of rectilinear volumes topped with pitched roofs. Exterior walls are wrapped in wood and stone, with large expanses of glass offering views and ushering in natural light. Accents made of blackened steel and weathered copper were incorporated into the facades, lending a rustic feel. 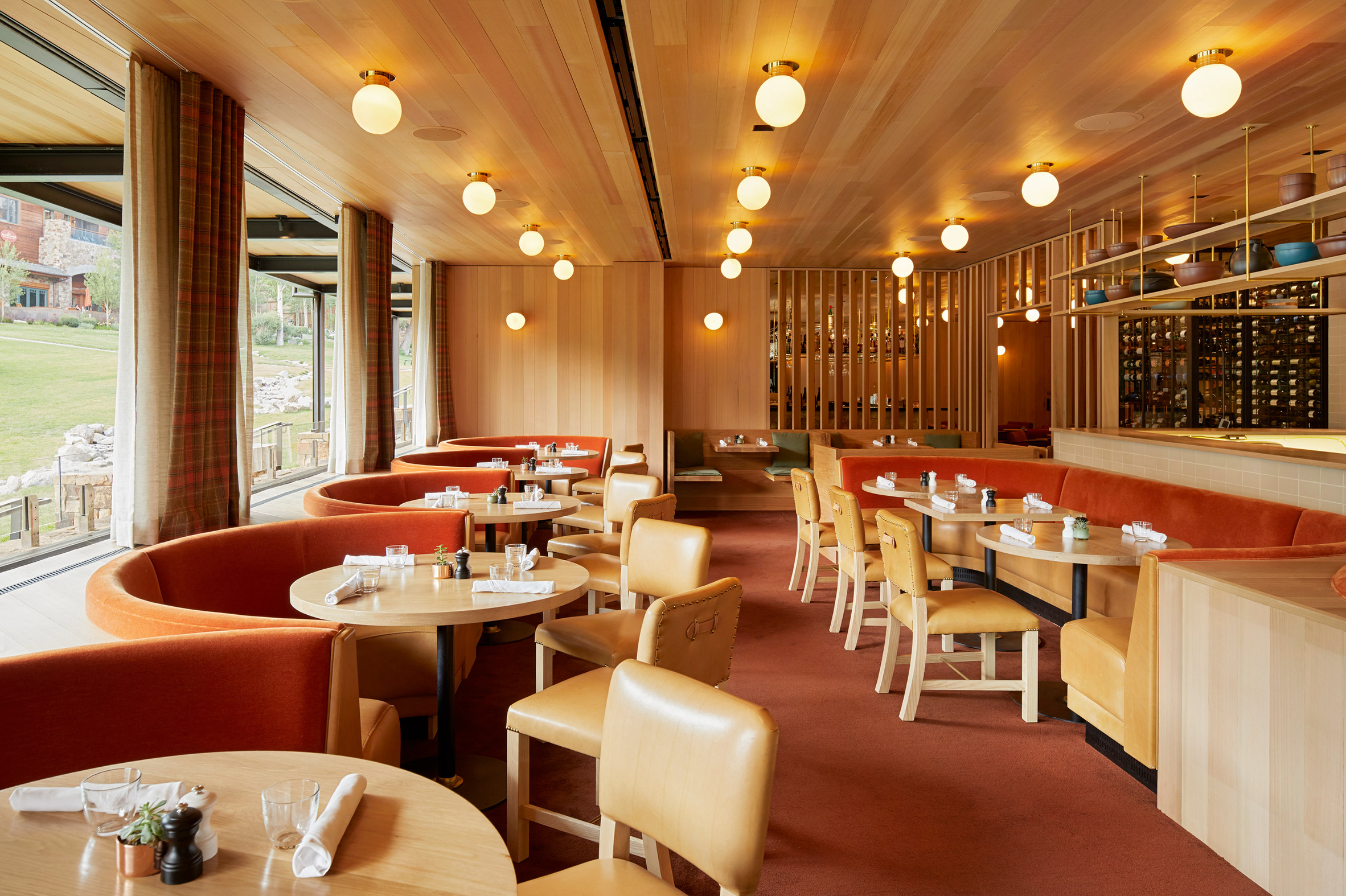 Caldera House is intended to hark back to the early days of American ski culture while expressing a modern spirit. Its design also responds to strict height requirements and an aesthetic code imposed by the local architectural committee.

“The developers were explicit in the mandate: to capture the romance of the golden age of skiing and pay homage to local history while finding expression in a contemporary, liveable and chic but casual style,” the team said. 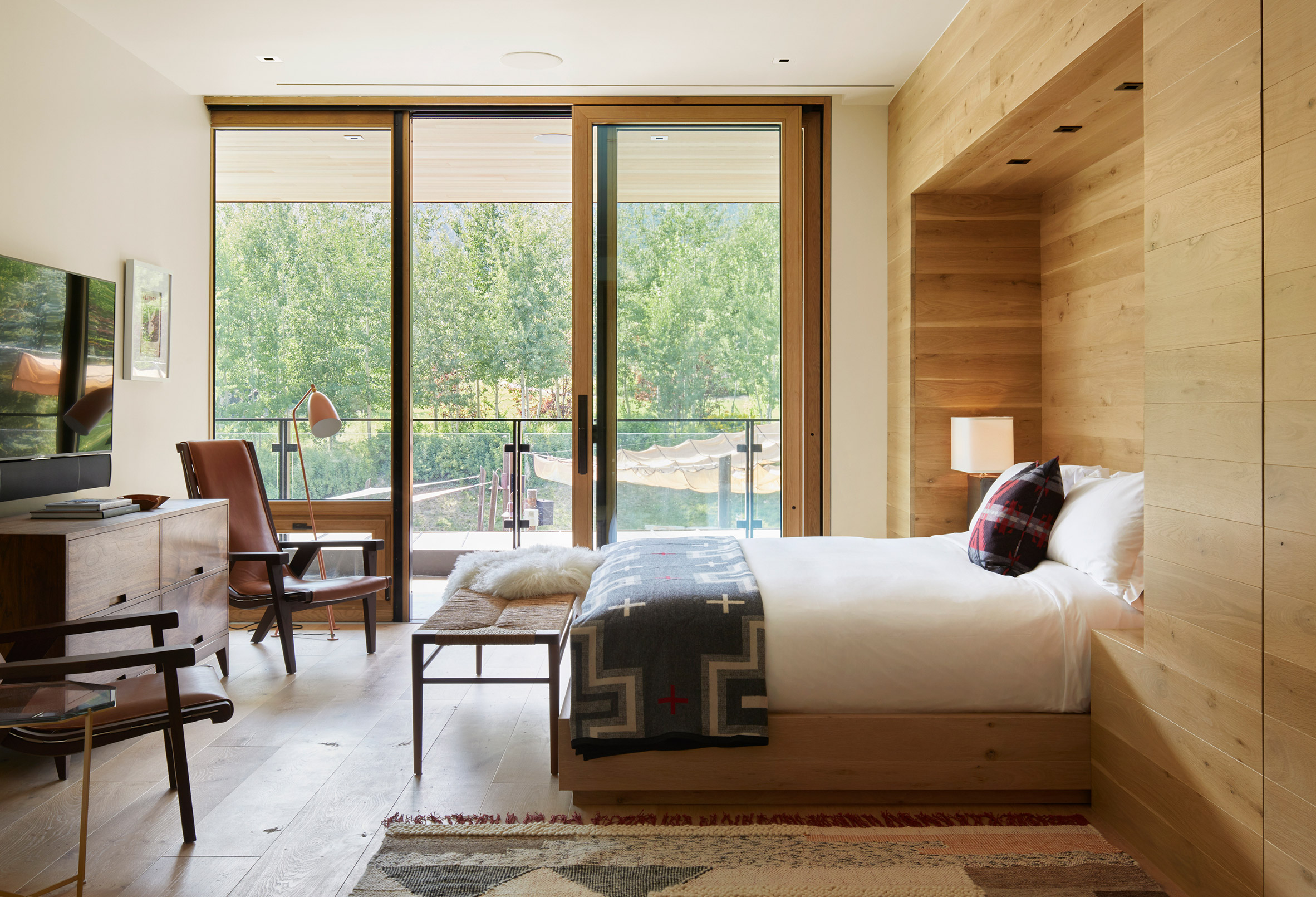 The first level contains a range of amenity spaces – such as ski lockers, fitness rooms, and a concierge – while the second floor houses a restaurant/bar and a cafe. Spaces feature an earthy material palette that aligns with the building’s exterior appearance.

“The interiors take their cues from the established design palette, particularly in the predominance of wood (cedar, white oak and walnut) and regionally sourced farmer stone,” the team said. “These flow from the public areas to the private with modifications for each program.” 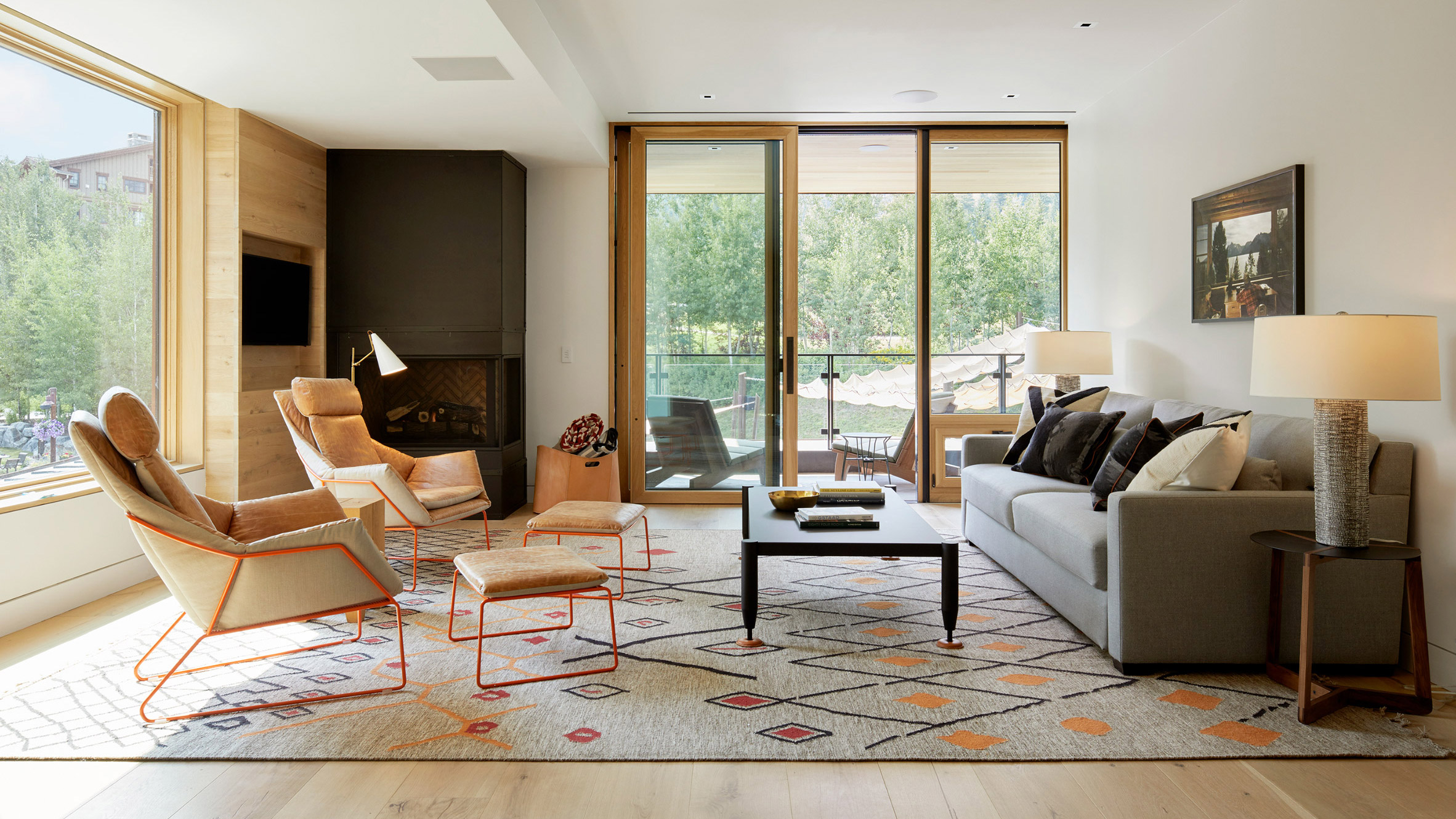 The fourth and fifth levels have a total of four condominiums, each owned by a project investor and rented out to visitors. The two units by Carney Logan Burke are meant to “exude mountain chic”. 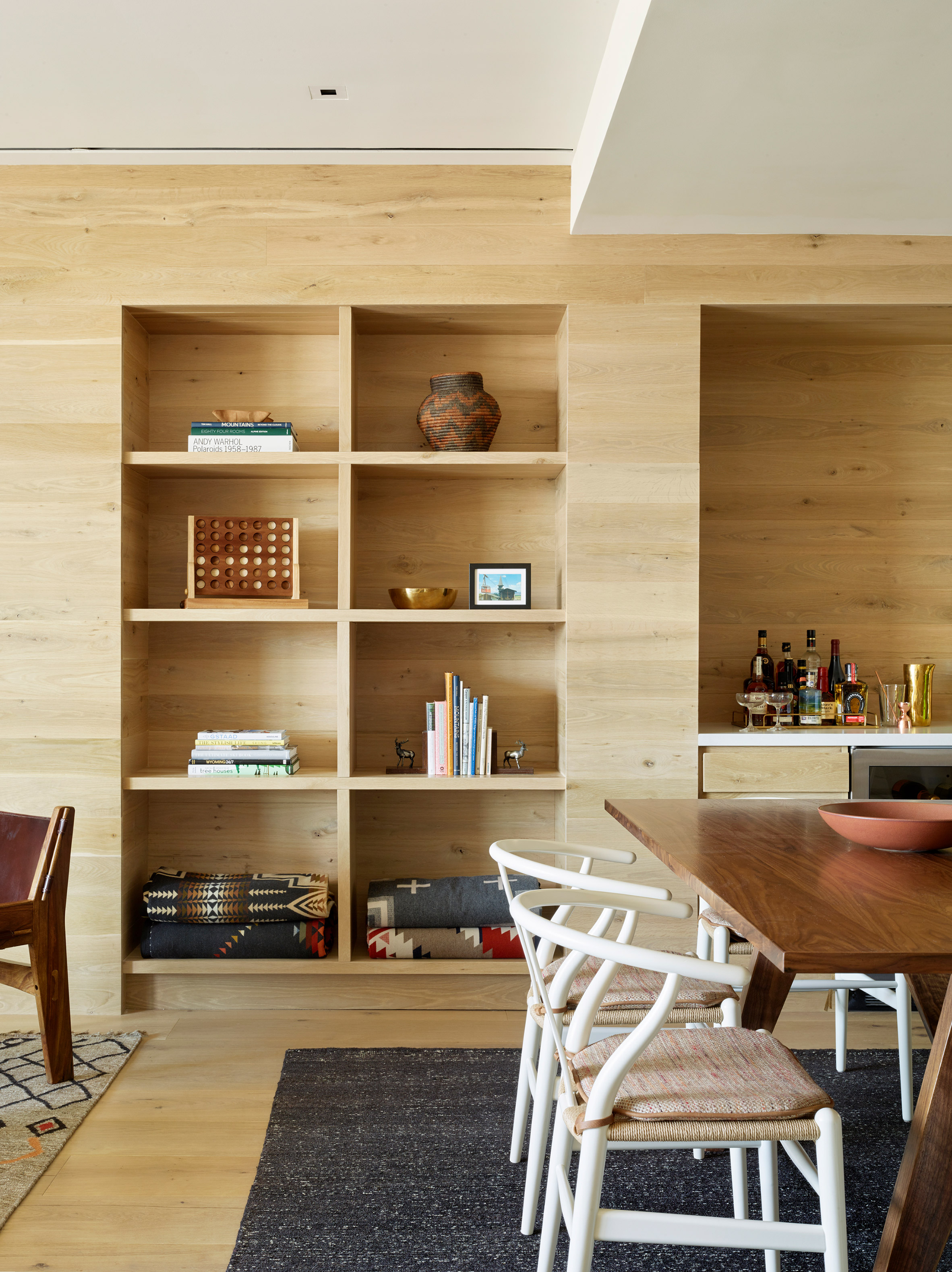 “One of the private suites is styled with a sense of tradition, featuring leather and equestrian accents, and the other has a more contemporary aesthetic with a nod to regional style,” the studio said. 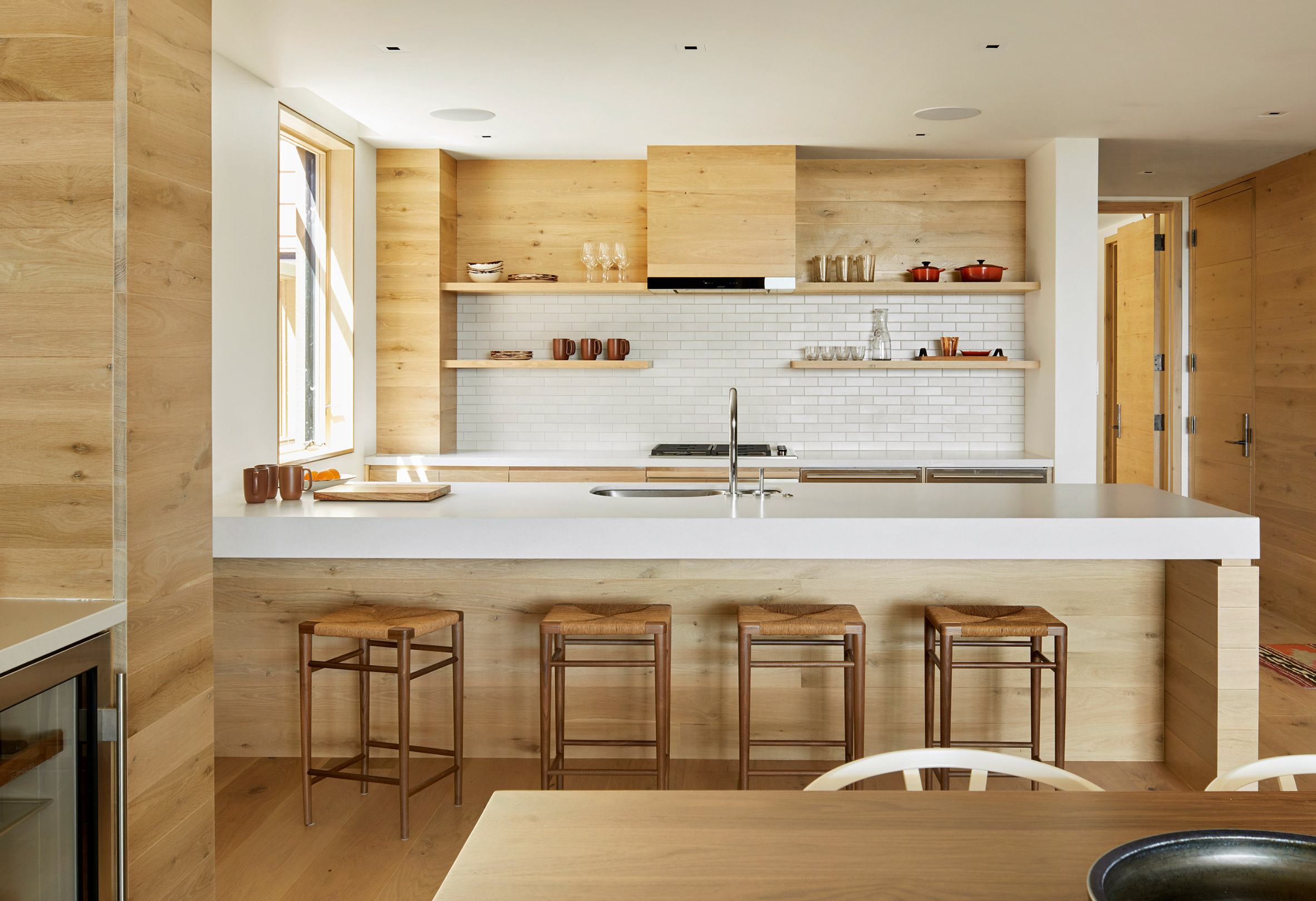 The condos featured locally sourced furniture paired with upscale pieces from Italy. Built-in beds and freestanding bathtubs – along with wool blankets and plaid drapery – create a cabin-like feel within the units.

The condos stretch the width of the floor, enabling them to capture views of both the ski slopes and the village. Sliding glass doors open onto decks on both ends. 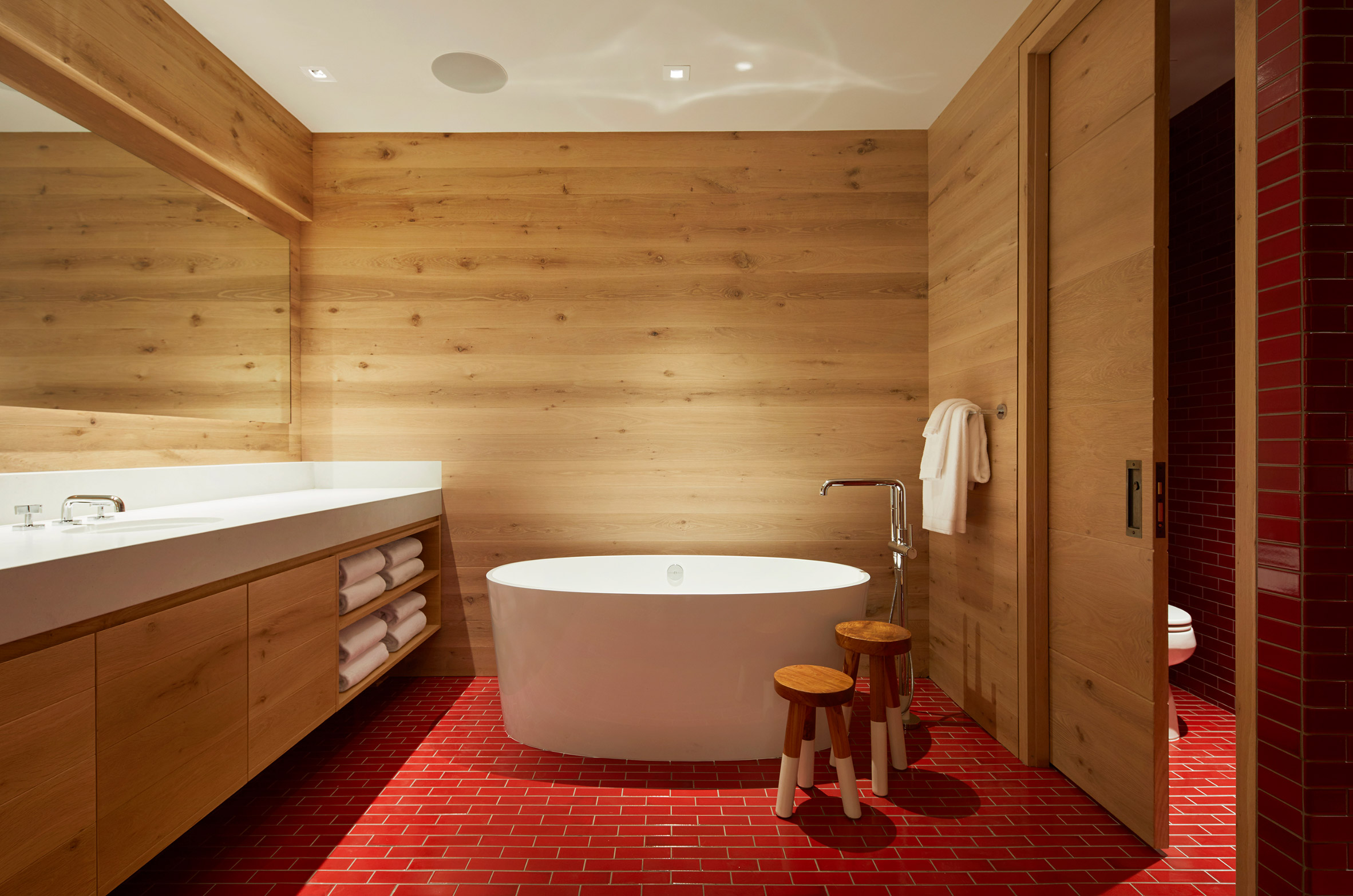 Caldera House offers easy access to the slopes. Extending from one side of the building is a bridge that connects to a ski park tram, also designed by Carney Logan Burke. The building also has an underground parking garage. 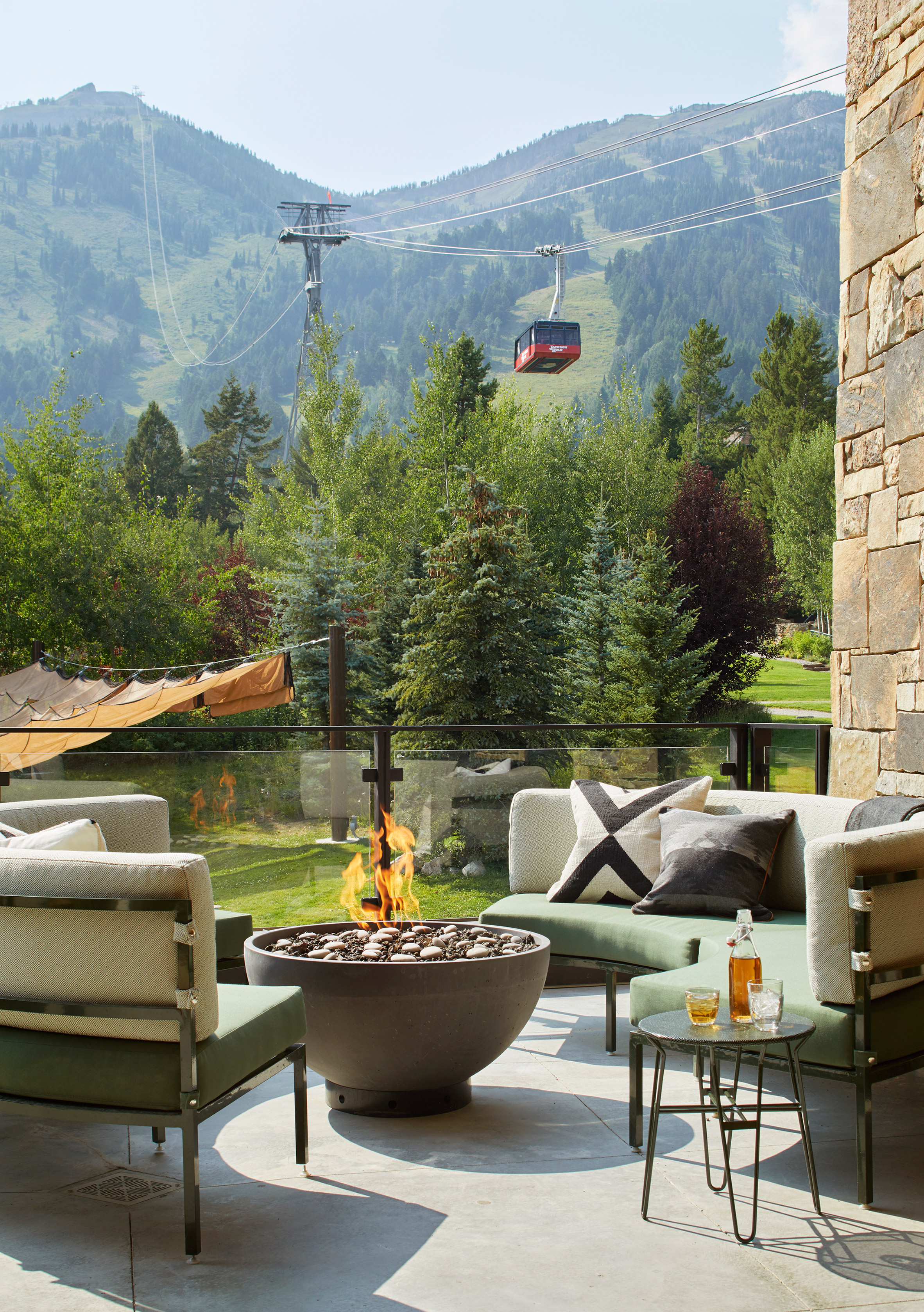 Set in a picturesque valley surrounded by towering mountains, the Jackson area has long been a popular destination with winter sports and outdoor pursuits enthusiasts. Also catering to visitors in the small town is the Anvil Hotel designed by Studio Tack – a project that involved the transformation of an old motel into stylish retreat.

Photography is by Matthew Millman.