Skylights helps to bring daylight into all three levels of this Porto townhouse, which has been refurbished and extended by local studio Pablo Pita Architects.

The studio, led by architects Pablo Rebelo and Pedro Pita, was tasked with transforming the century-old Casa Boavista into a bright, contemporary family home. However the building’s location, on a busy street in the centre of the Portuguese city, meant that privacy had to be considered. 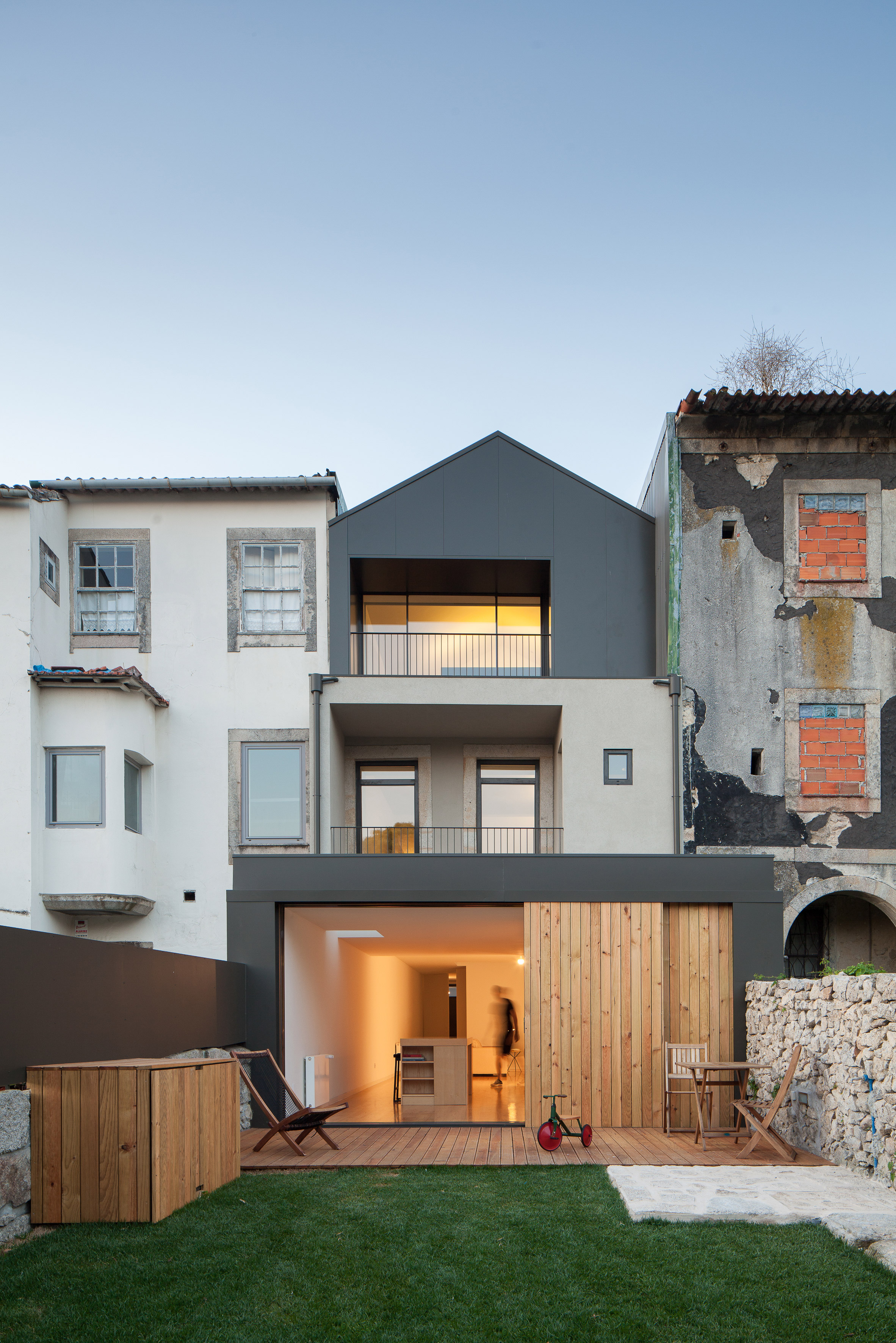 The architects’ response was to extend the building, by adding a new storey on top and extending the ground floor into the garden. They then added three skylights – the first alongside the central staircase, the second above the ground-floor kitchen and dining space, and the third above a second-floor bathroom. 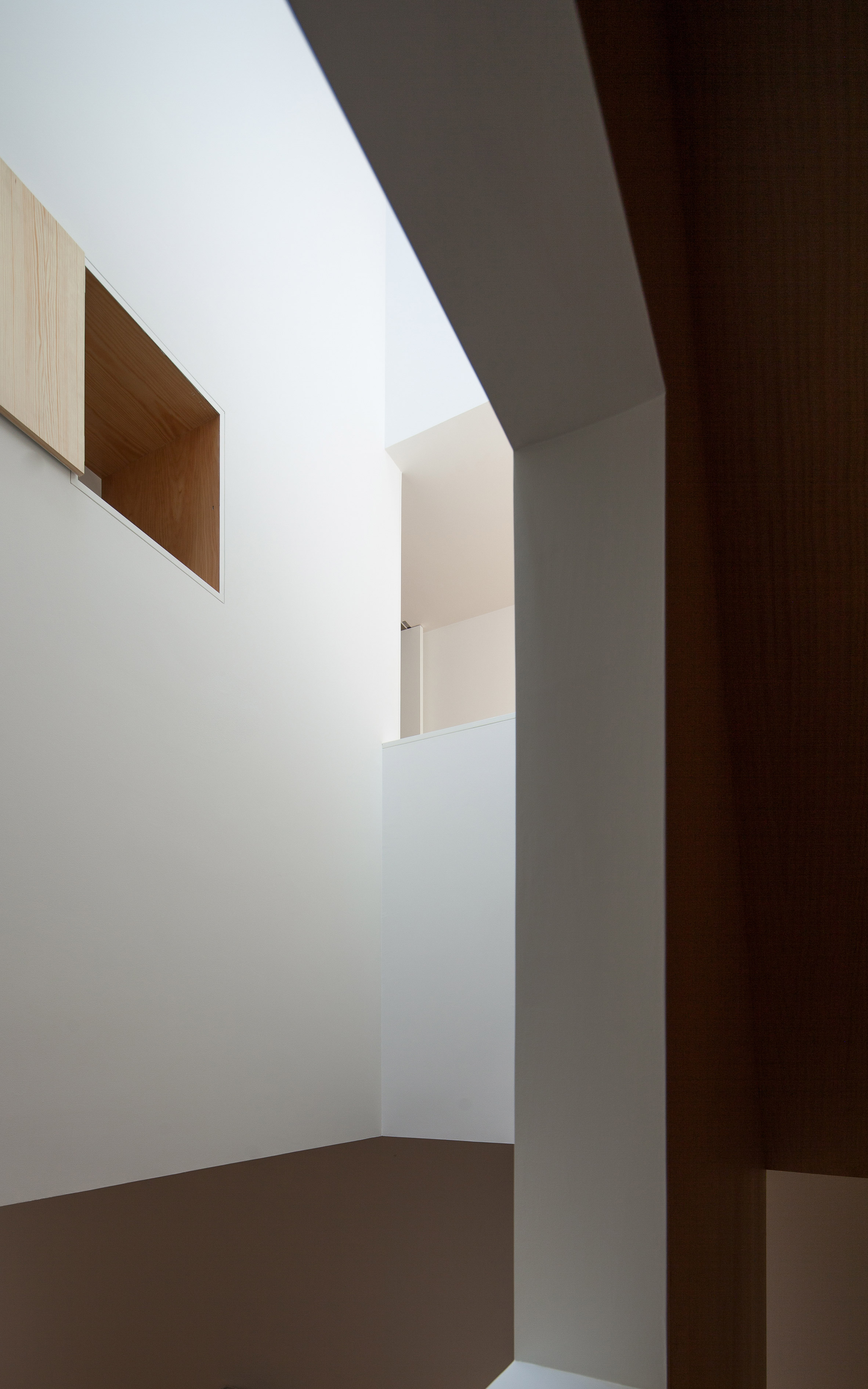 The first skylight helps to transform what was previously the darkest part of the property – the staircase – into the lightest. Rebelo and Pita took a similar approach for another Porto townhouse renovation, called Casa da Maternidade.

“The theme of the skylight is revisited, exploring one of the main features of these old constructions,” said the architects. “The height of the skylight defines an unusual residential scale, allowing visual relations between the three floors.” 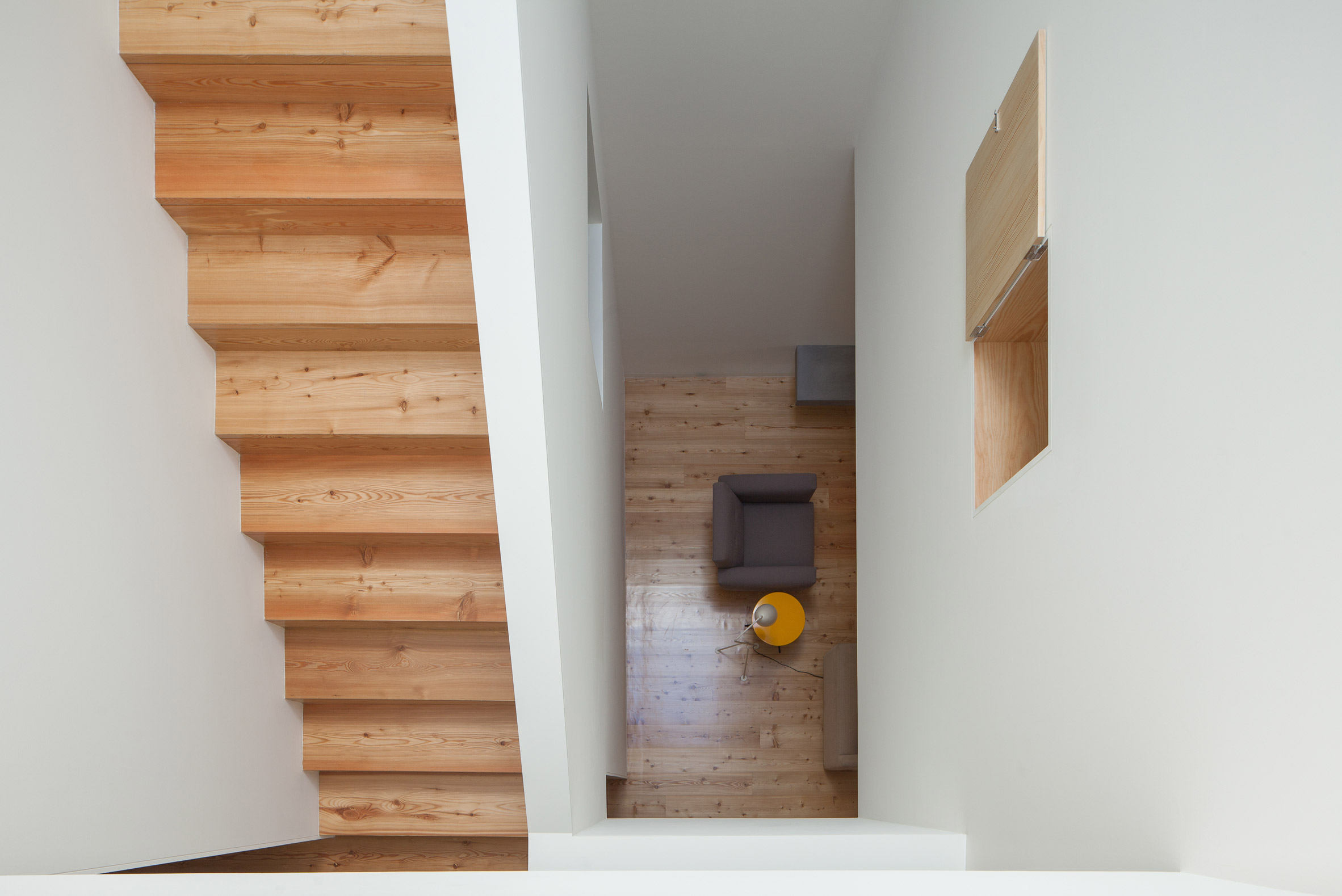 In layout, the building is very simple. The ground floor includes a parking garage, with a large living and dining space behind. A more secluded living room is located on the first floor, along with one bedroom, while two further bedrooms are located on the uppermost storey.

The extension at the rear of the house gives residents a far larger living and dining space than they had before, with plenty of room for guests. 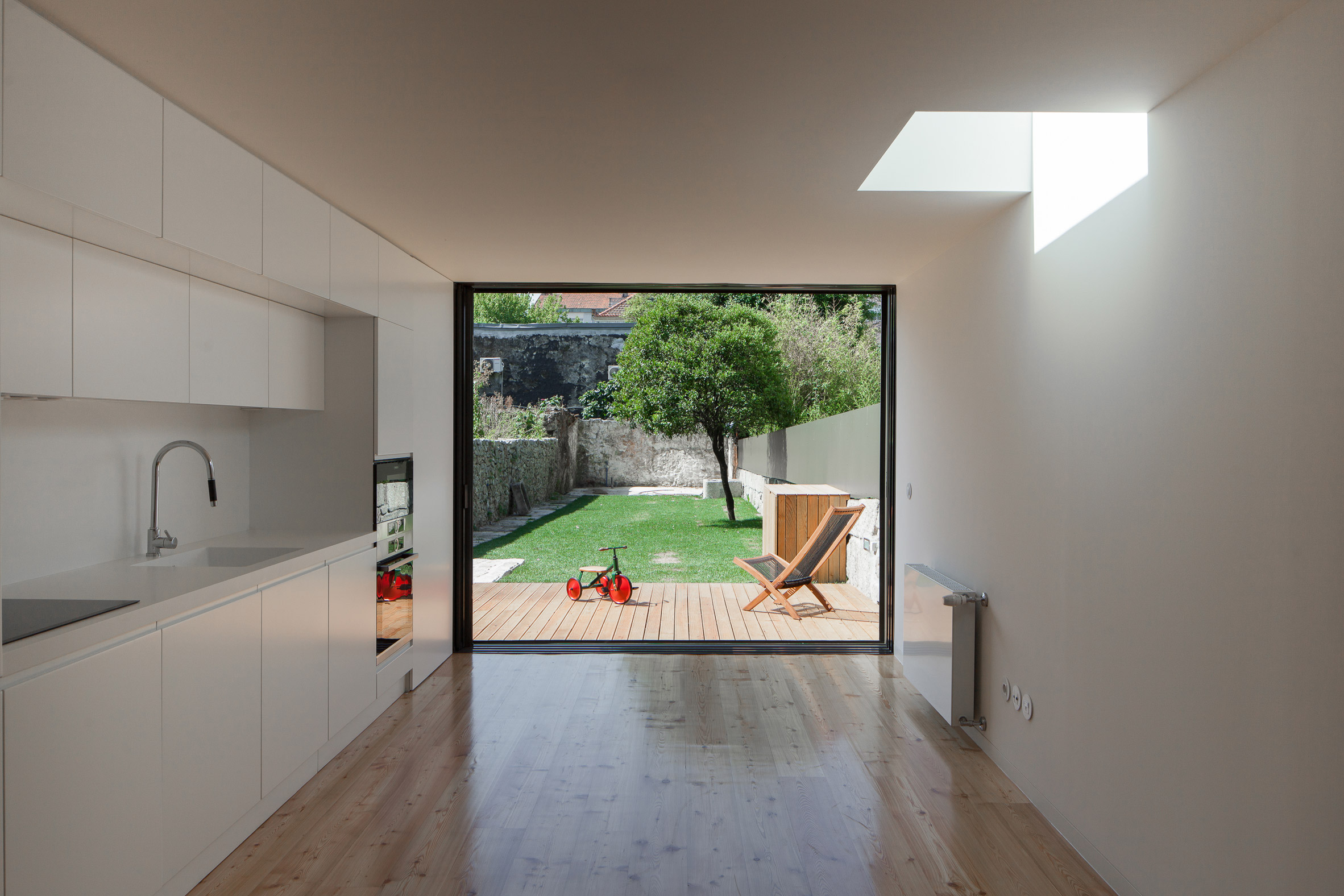 Here, the first skylight helps to brighten up the lounge area, while the second skylight helps to illuminate the kitchen. There is also a window wall at the rear of this room, allowing residents to open the room up to the garden in the warmer summer months. 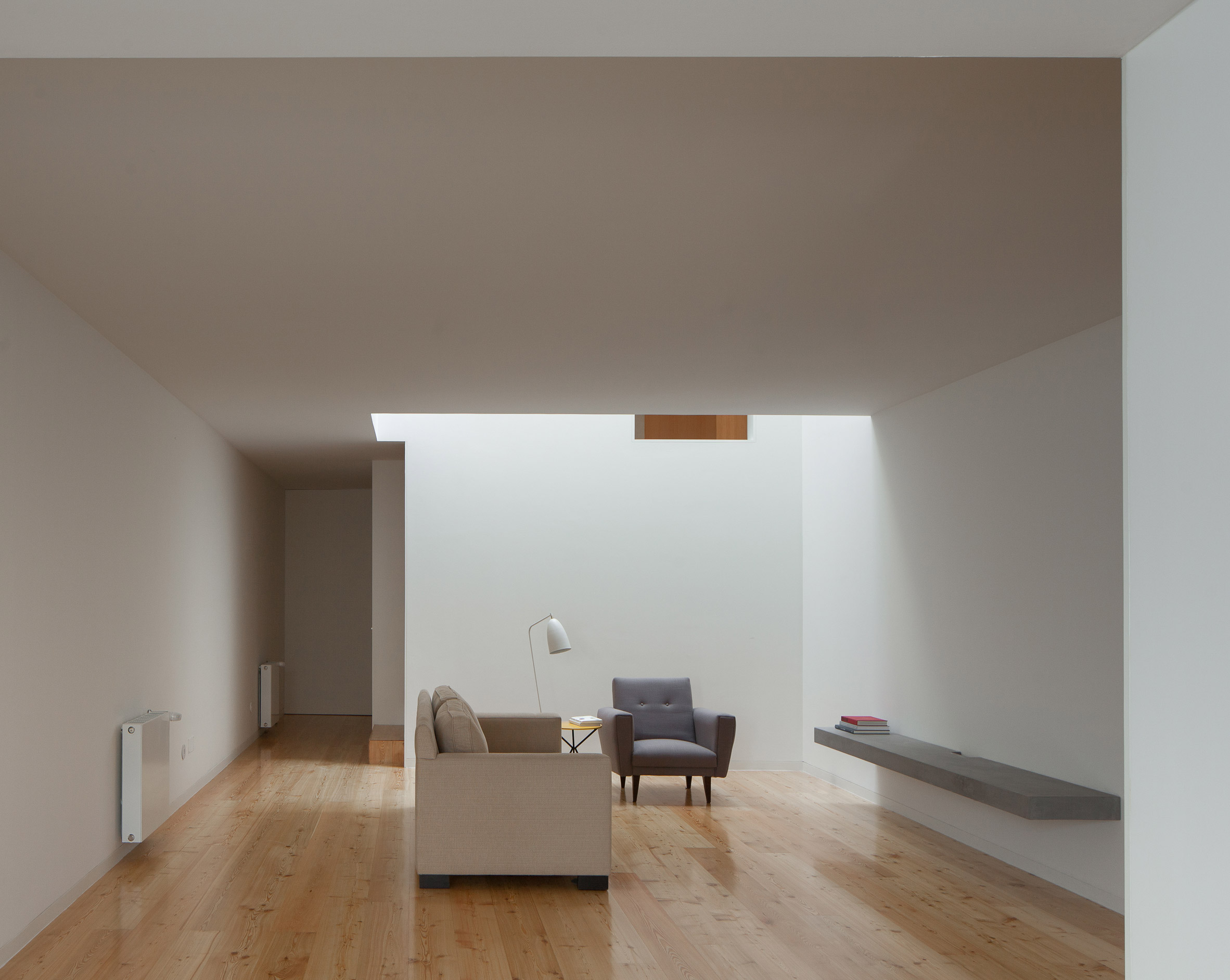 Other features were designed to make this room as flexible as possible, from a kitchen island that can be wheeled into different positions, to the wooden shutters which can be used to screen the window wall. 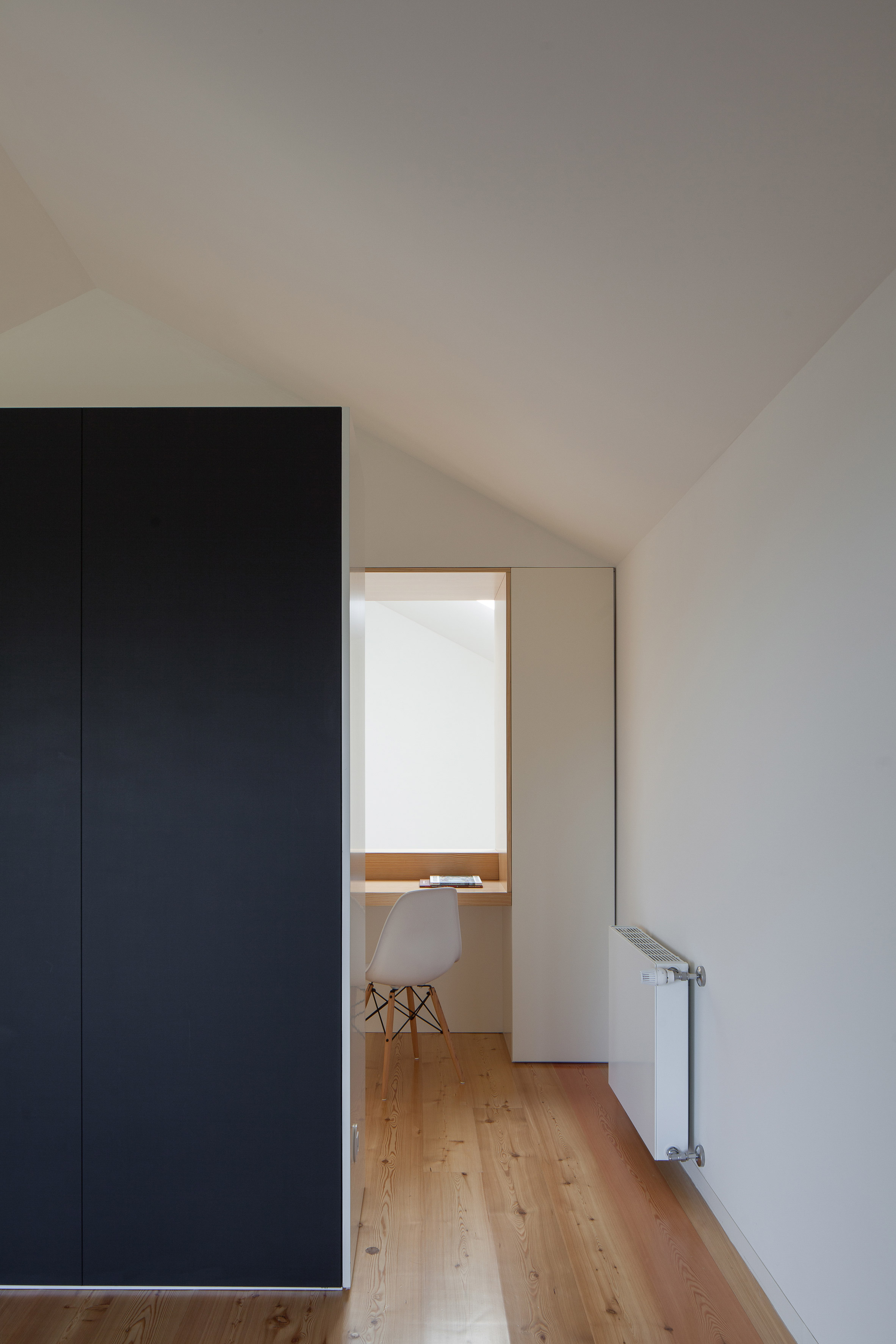 Upstairs, the bedrooms each have their own unique features, and benefit from the skylights in different ways. On the first floor, the bedroom boasts a dressing room with a window facing down into the central lightwell, as well as an en-suite bathroom and a balcony overlooking the garden. 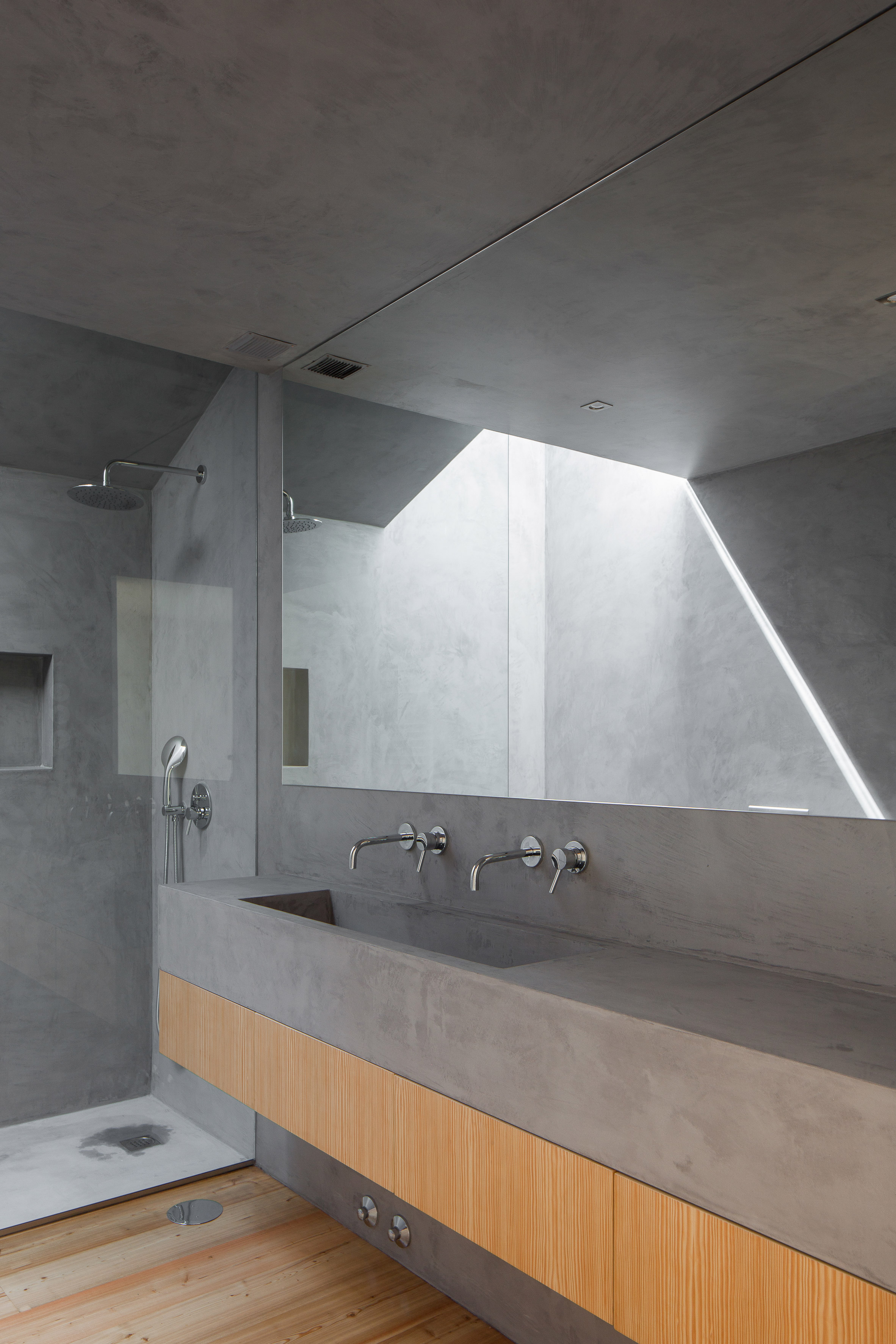 The two bedrooms on the top floor share the bathroom containing the third skylight, which is positioned above the shower. One of these bedrooms also contains a small study overlooking the central lightwell, as well as another balcony. 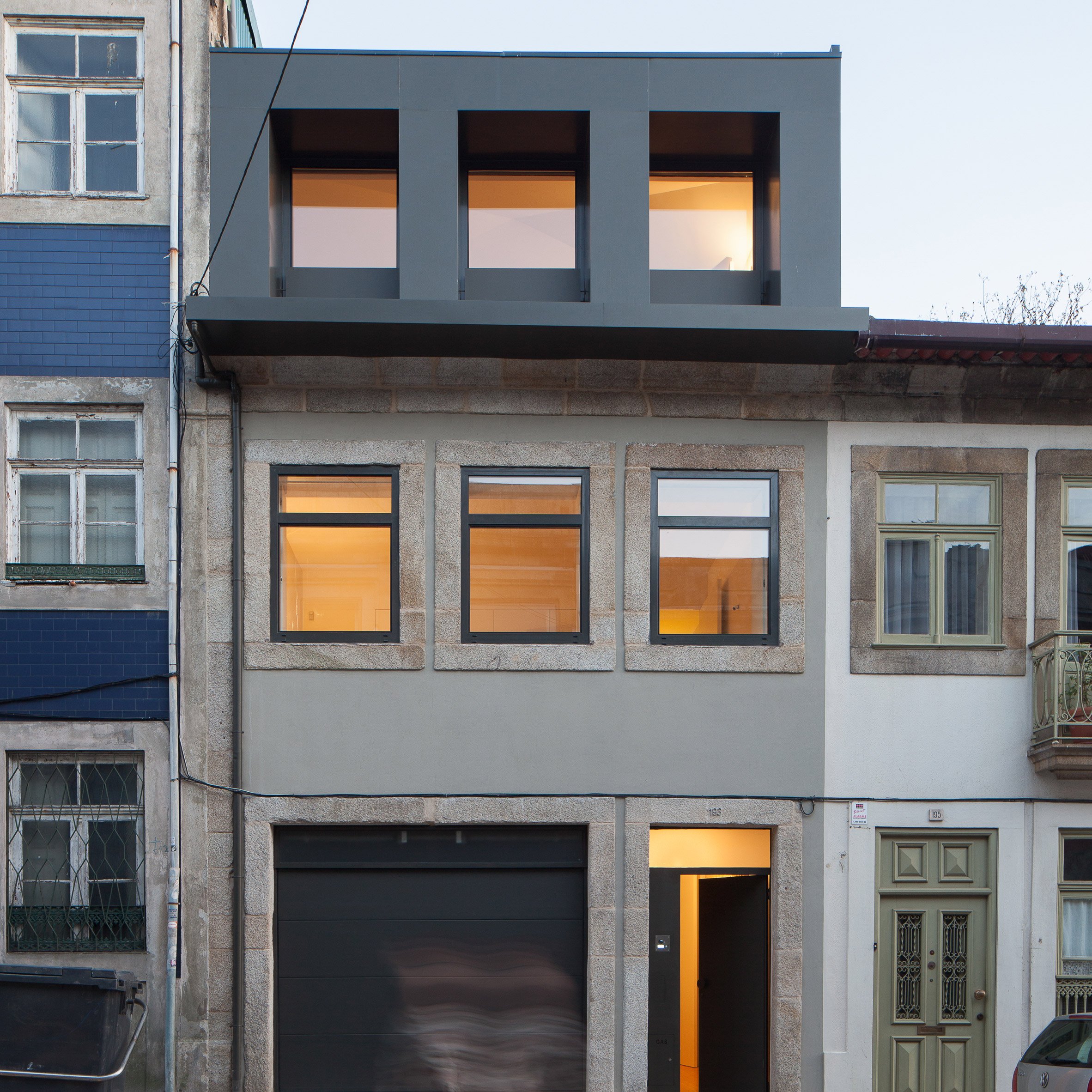 Rebelo and Pita chose simple materials for the renovation. Inside, wooden floors contrast with white walls and cabinets, while bathrooms are concrete. Outside, dark render creates a clear distinction between old and new.