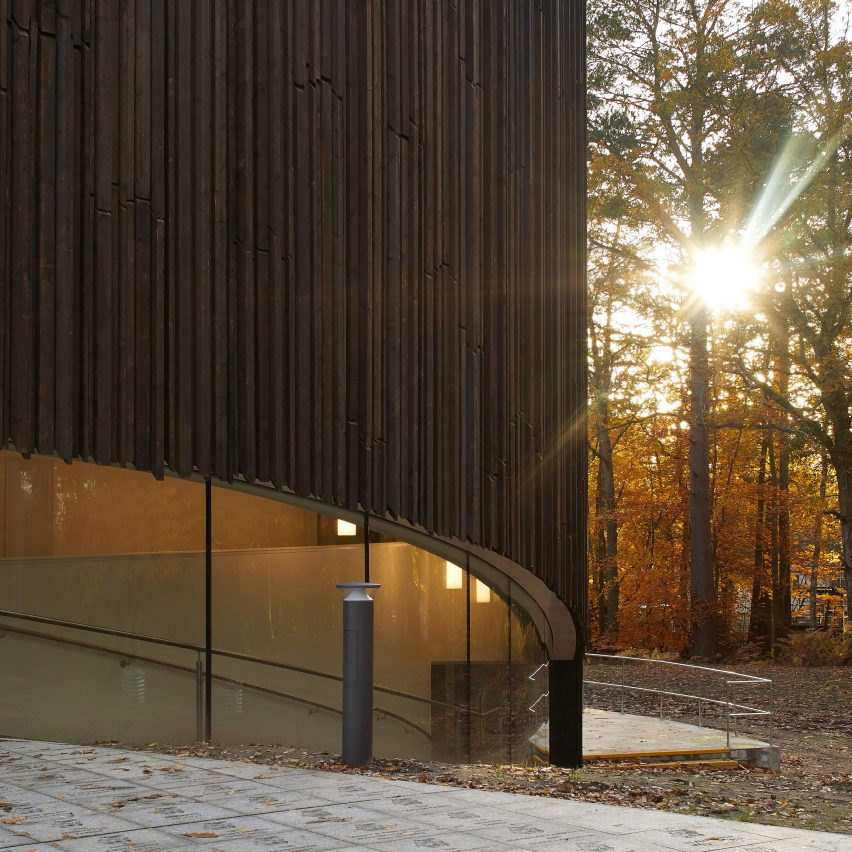 Studio Seilern Architects‘ performing arts centre is intended to look as if it is emerging from the woods at Wellington College in Berkshire, England.

The circular GW Annenberg Centre was designed by Studio Seilern Architects on the campus of the independent day and boarding school, which sits within some 160 hectares of parkland. 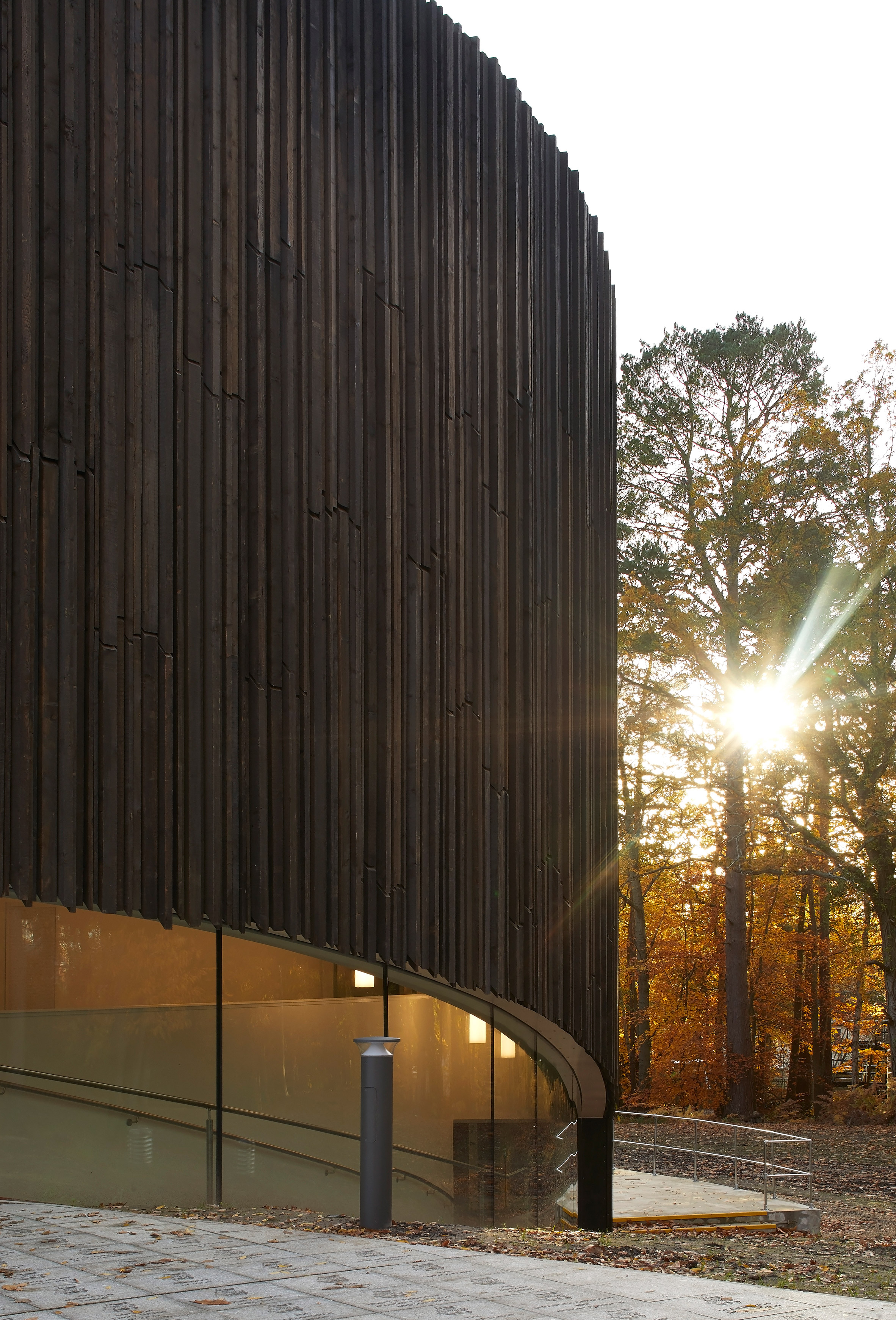 The form was inspired by Greek amphitheatres, and the centre combines a 900-seat auditorium with a Cultural Living Room – a foyer that doubles as a cultural hub capable of housing exhibitions, smaller performances or gatherings.

“The shape was generated for two reasons,” founder Christina Seilern told Dezeen. “It creates a collegiate atmosphere, where everyone sees each other, and helps to integrate the building within its context, acting as a hinge connecting the modern and historic campuses.” 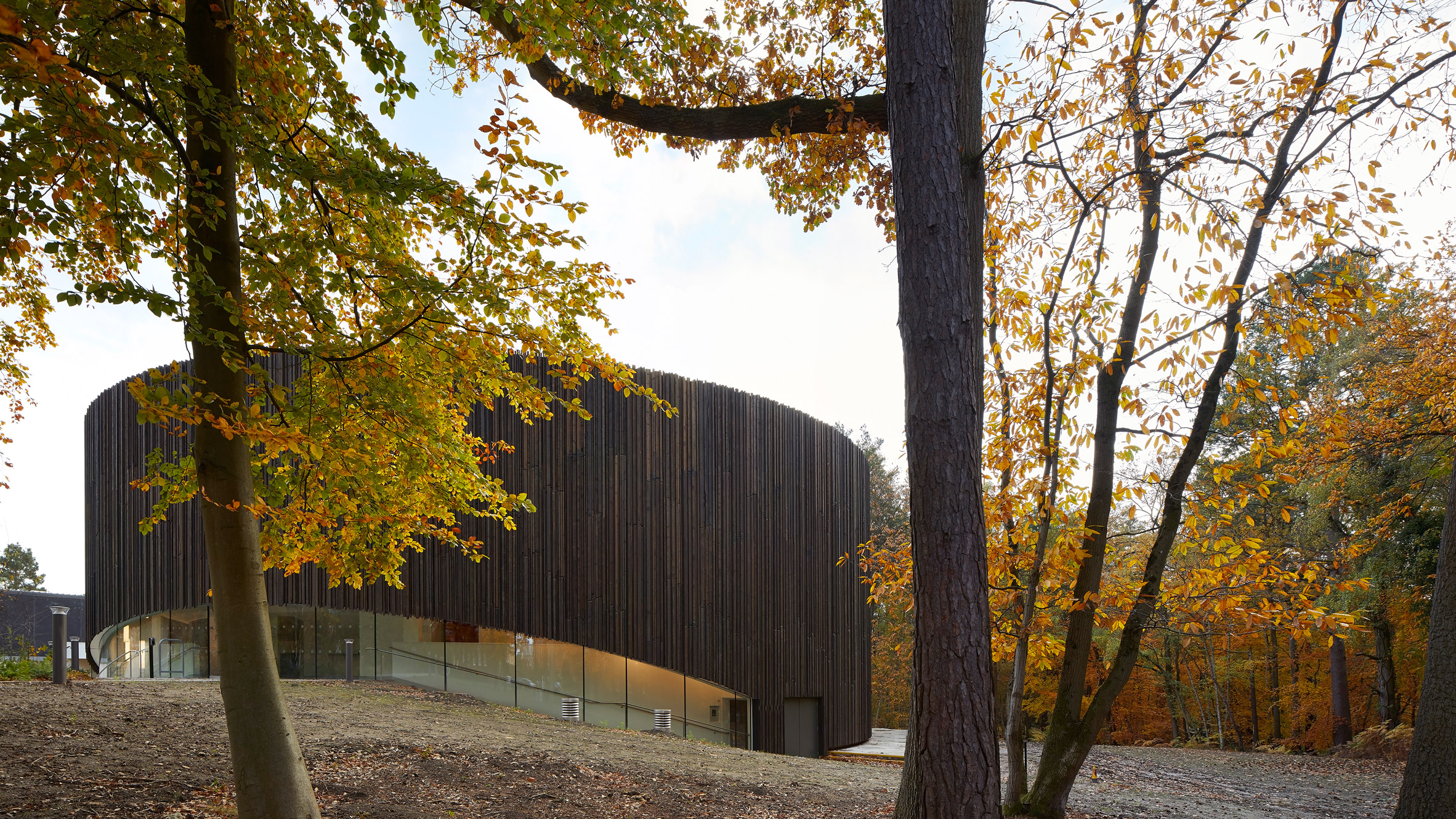 Acting as a new front to the modern campus, a ramp winds around the theatre’s edge, where the wooden cladding gives way to a thin strip of glazing around the circular form’s base intended to give it the appearance of “hovering”.

“We wanted to avoid an abrupt descent into the foyer level”, said Seilern, “and therefore placed the circulation at the edge of the building, creating a comfortable connection to the campus level.

The auditorium is clad in timber charred using the Japanese technique of shou sugi ban – a method of natural wood preservation, and attached vertically to reference tree trunks. 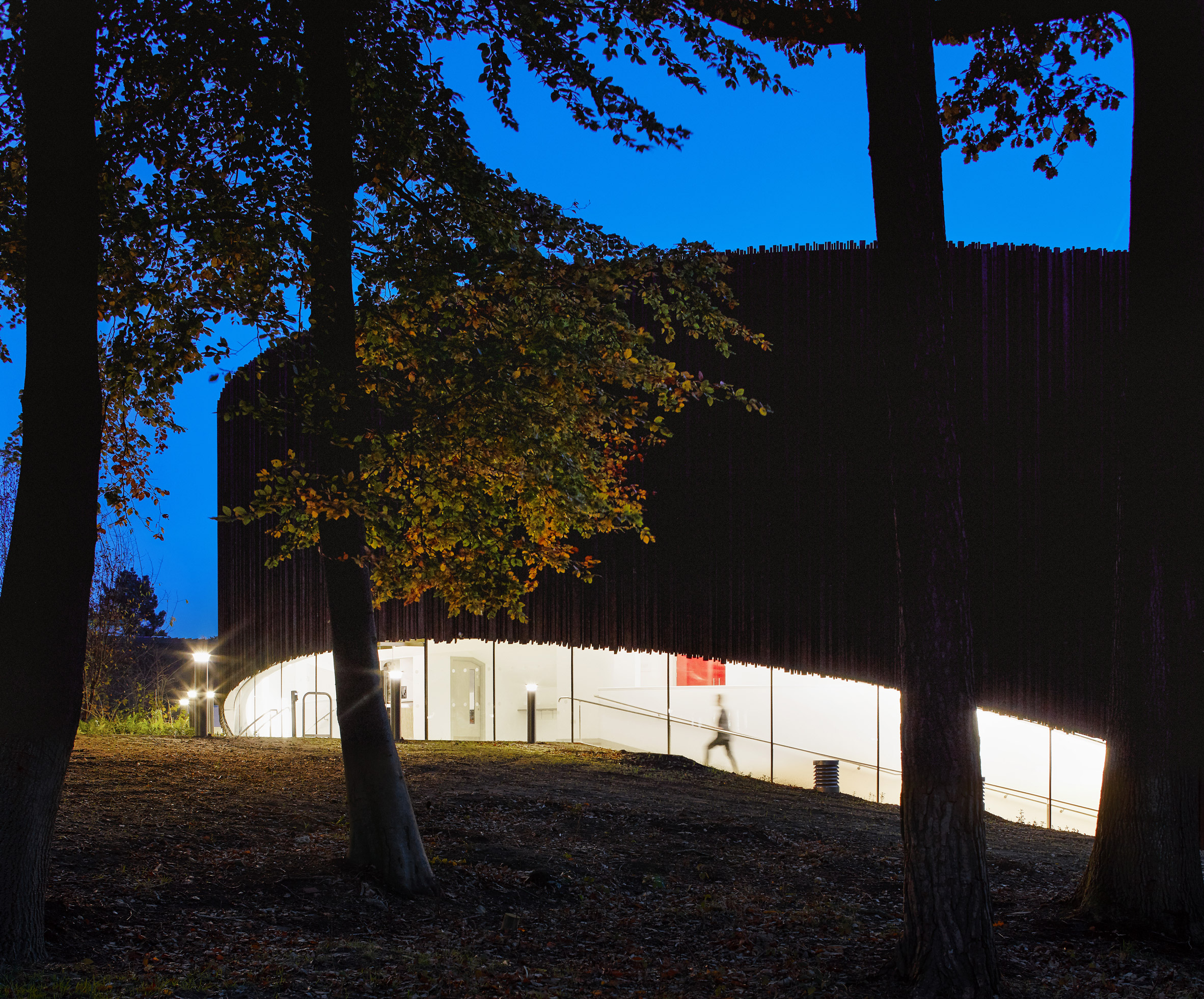 The auditorium itself, built with theatre consultants Charcoalblue and acoustic consultants Bickerdike Allen, features balcony fronts that reflect sound throughout the space.

The intimacy brought by its shape was also something the architects’ hoped would minimise the ‘intimidation’ of performing in a large venue.

Adjacent to the auditorium is the Cultural Living Room, which Seilern explains was “brought into the concept by SSA during the competition”.

This flexible space incorporates a full theatre grid and bleachers that can be reconfigured for many different uses. “We were keen to make sure this becomes a place full of learning and experimentation – an empty foyer only used occasionally didn’t fulfil this ambition”, said Seilern. 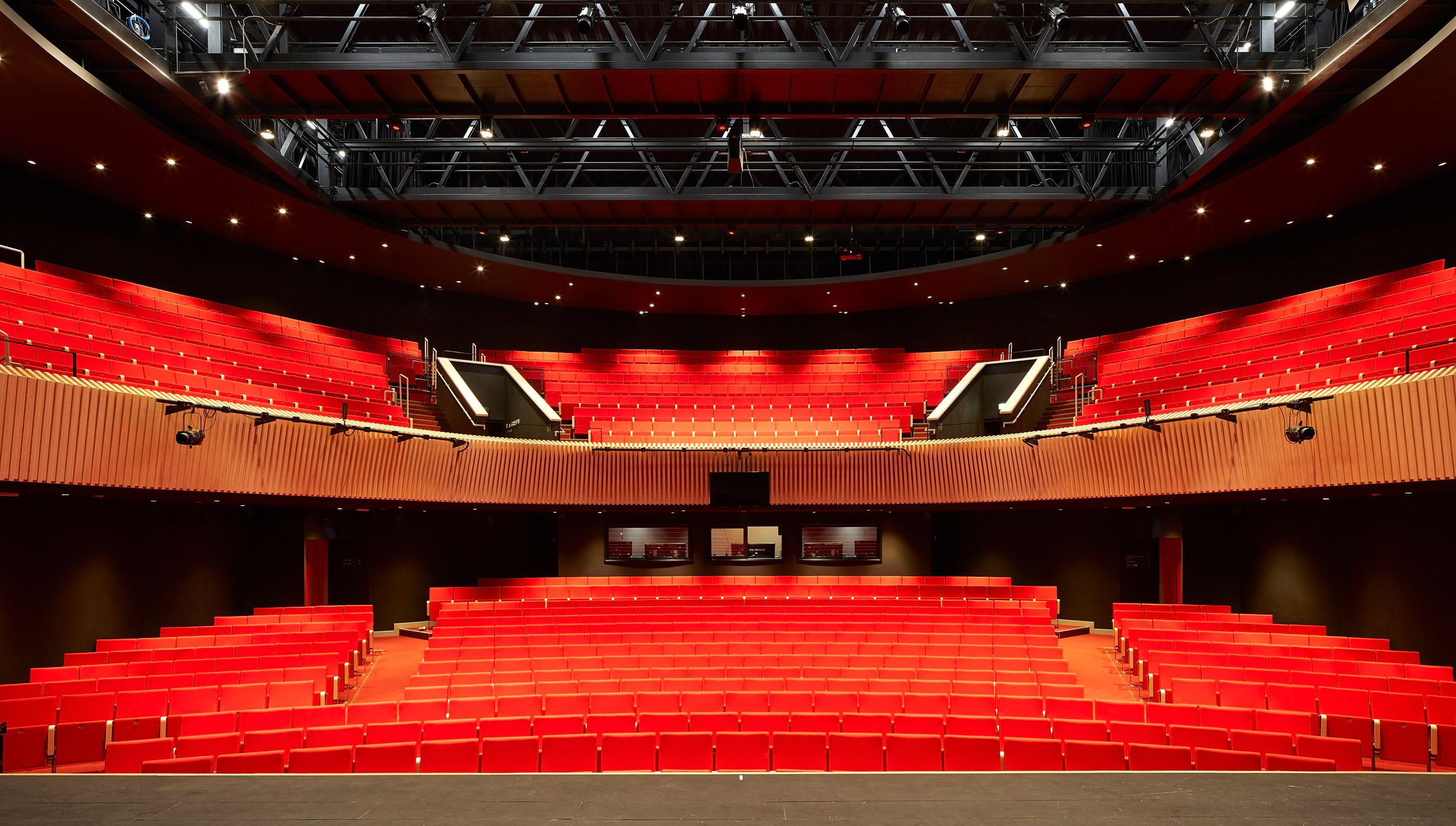 The GW Annenberg Centre was awarded Best Building in Education at the 2018 World Architecture Festival. Studio Seilern Architects’ other projects include a secret library inside a converted barn in Oxfordshire, and a dramatically located house in Africa perched above a dam.