Bay windows with colourful house-shaped frames extend from the front of this nursery school in the city of Sendai, which was designed by Tokyo-based architect Masahiko Fujimori. 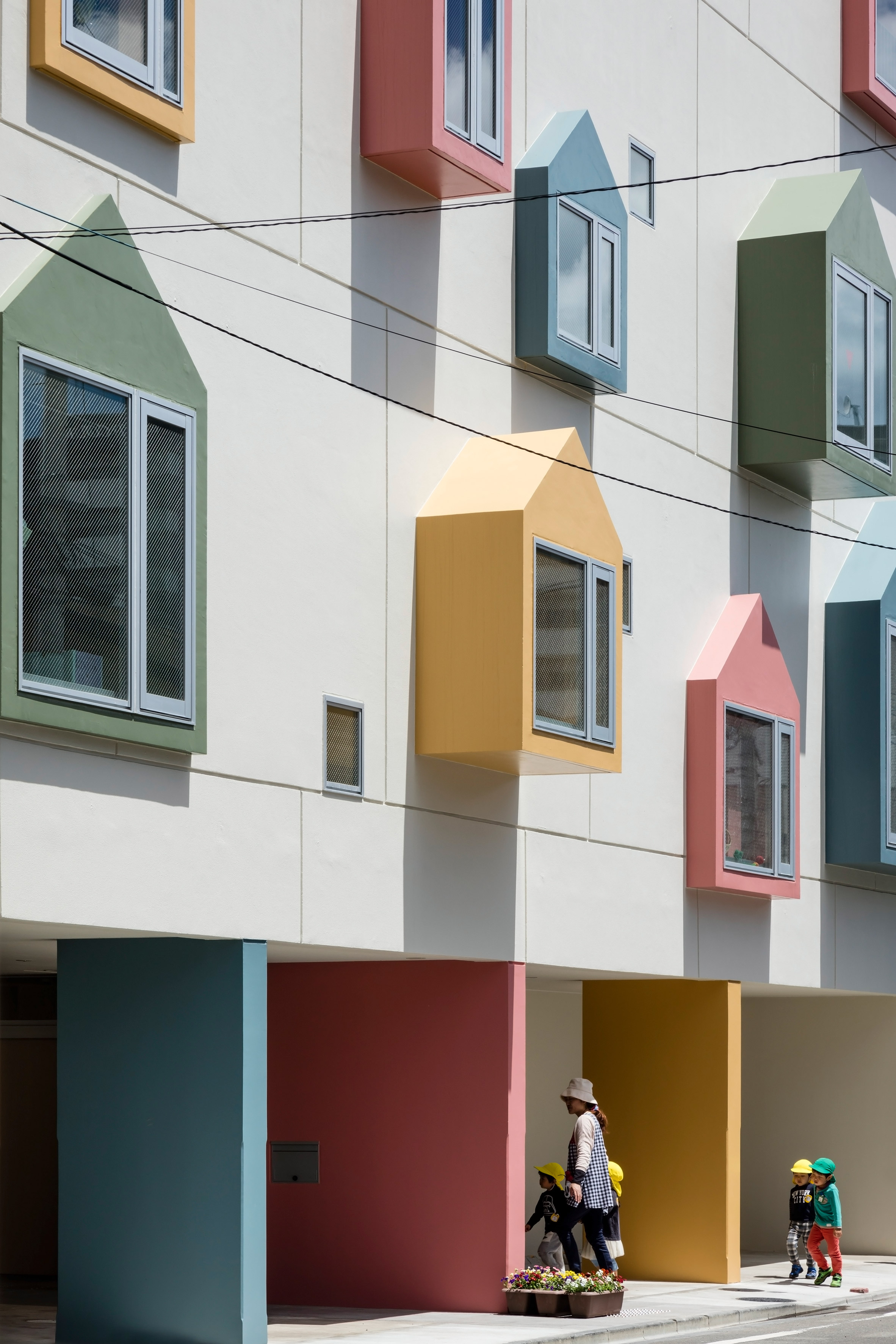 The Morinoie kindergarten in Sendai is designed to cope with the area’s rising number of inhabitants and their young families. The four-storey nursery occupies a small area of land that has been left vacant since Japan’s 2011 Tōhoku earthquake. 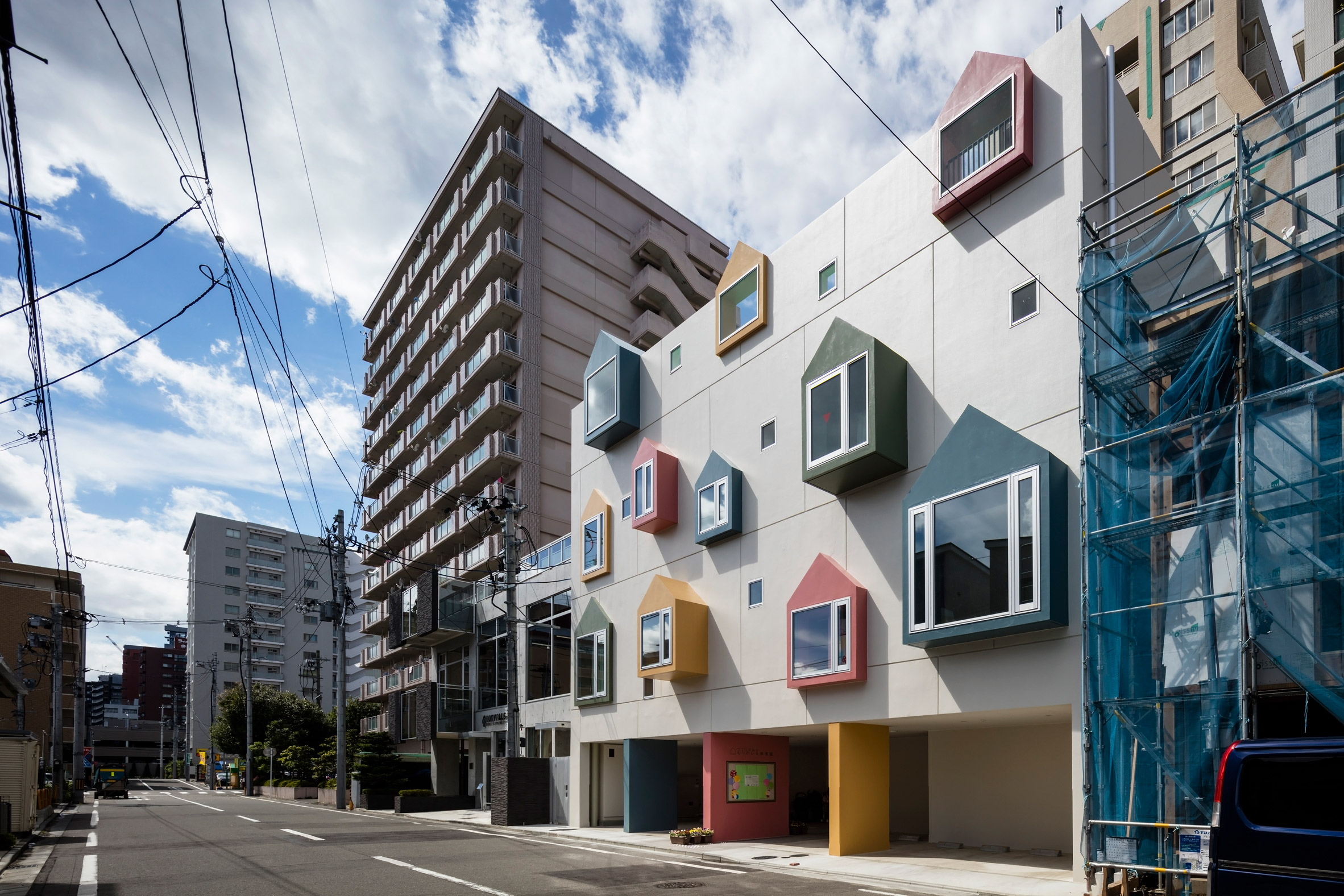 “[Sendai city] is an area influenced by recent land readjustment projects. It is expected that this area will continue to develop and increase in residential population,” said Masahiko Fujimori, the founder of eponymous practice Masahiko Fujimori Architect Office.

“With these circumstances in view, we designed an ‘urban-style’ nursery school building that can effectively accommodate increased numbers of children, while also encouraging their curiosity creativity and connection with the local community.” 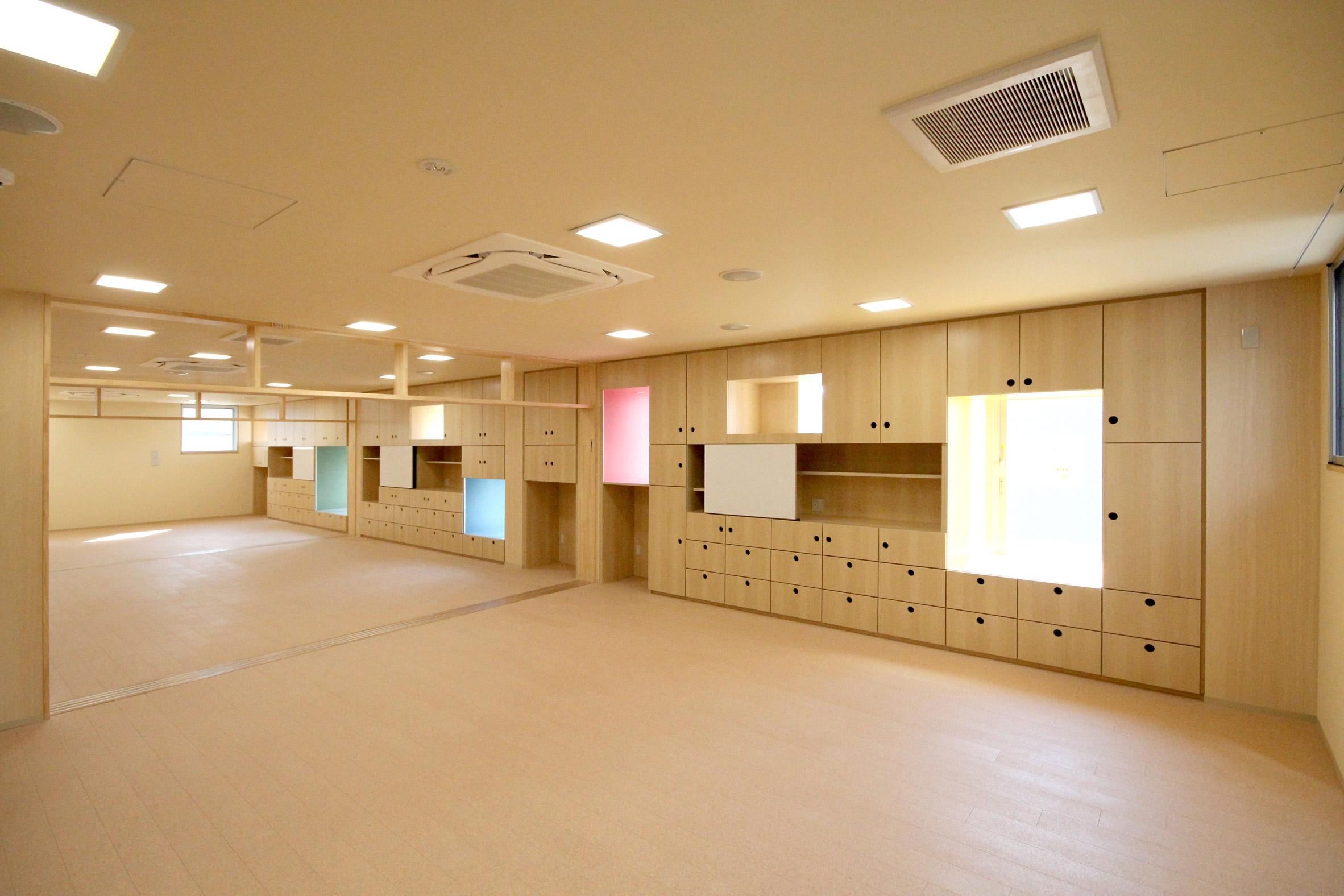 Fujimori’s team integrated the protruding windows into the nursery as a way to create extra space – inside, they form brightly hued niches where children can gather and play, illuminated by natural light.

The house-shaped frames that surround each window are inspired by children’s simplistic drawings of homes, which Fujimori hopes will “carry a happy, childlike energy throughout the neighbourhood”. 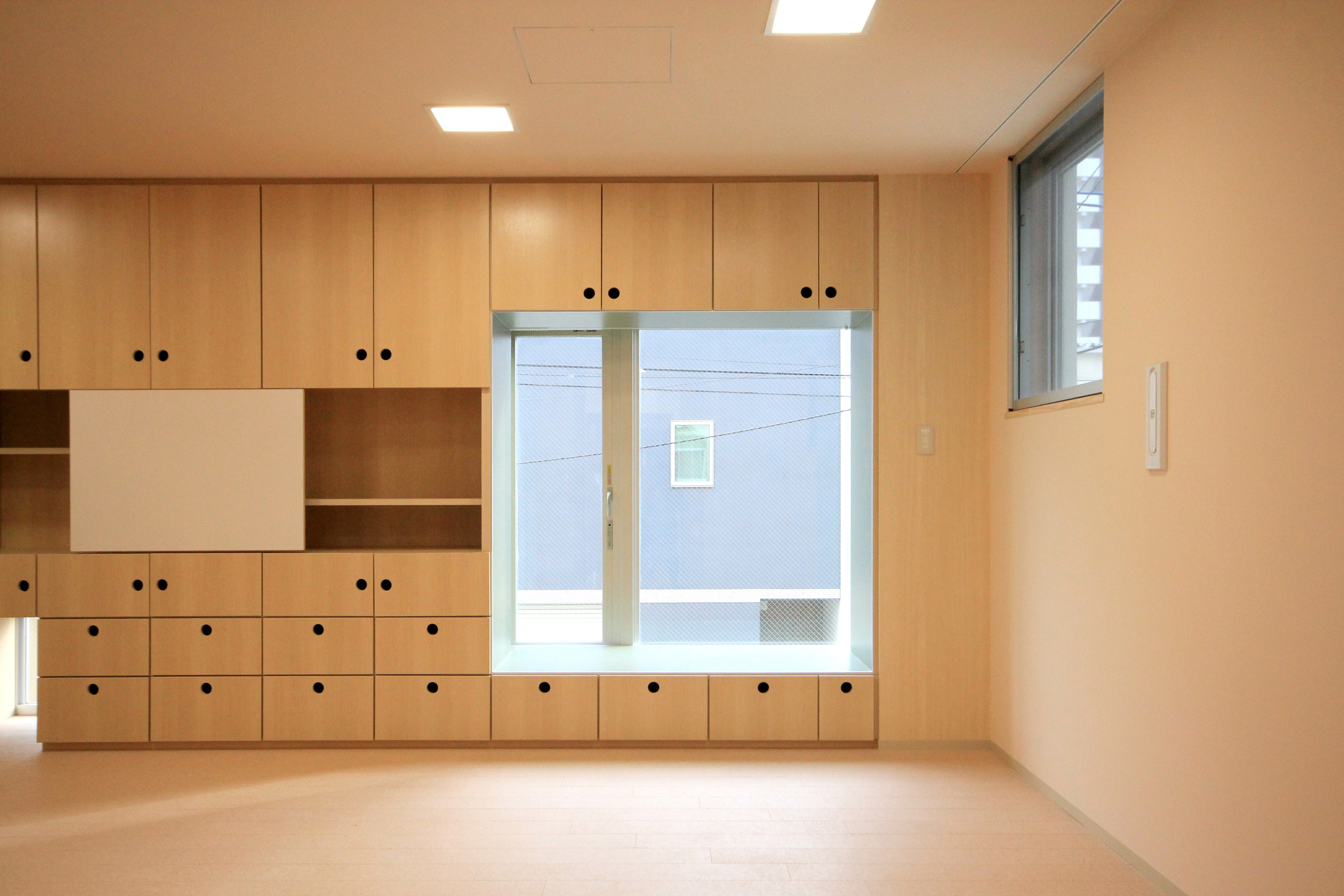 The nursery’s interior comprises large, open rooms that have been furnished with “milky white” cork flooring and wood-effect boards to elicit a warm atmosphere. Simple cupboards in each room are installed to fit around the window niches, which are colours corresponding to their outer frames.

The building’s roof has also been adapted into an outdoor play area and garden where the children can grow plants. 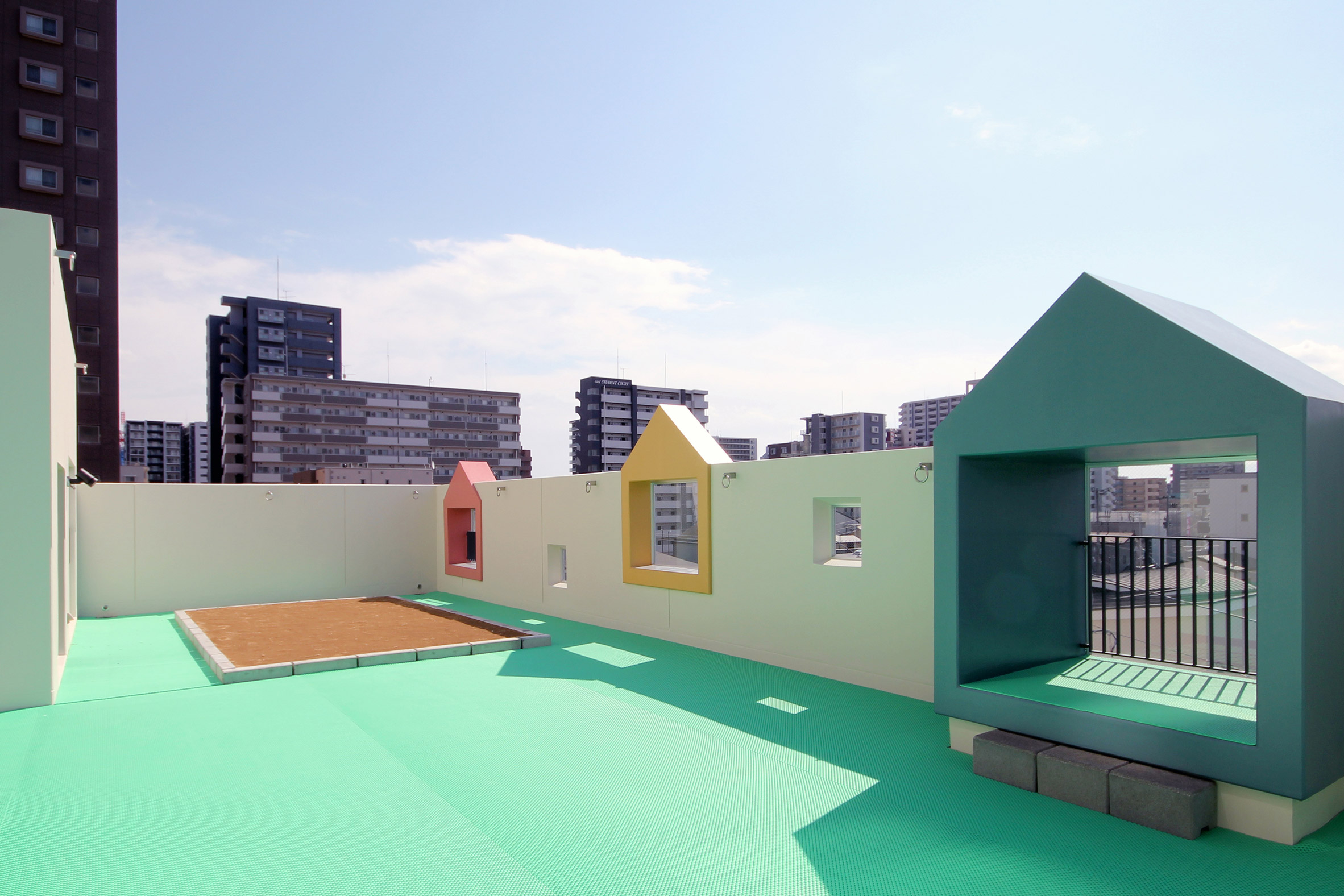 House-shaped volumes and openings are prevalent in Japanese nurseries. One kindergarten in Kanagawa by Hibino Sekkei and Youji no Shiro studios features gabled reading nooks, while another school in Kashiwa has an extension with pointed-arch windows.

Photography is by Shigeo Ogawa.