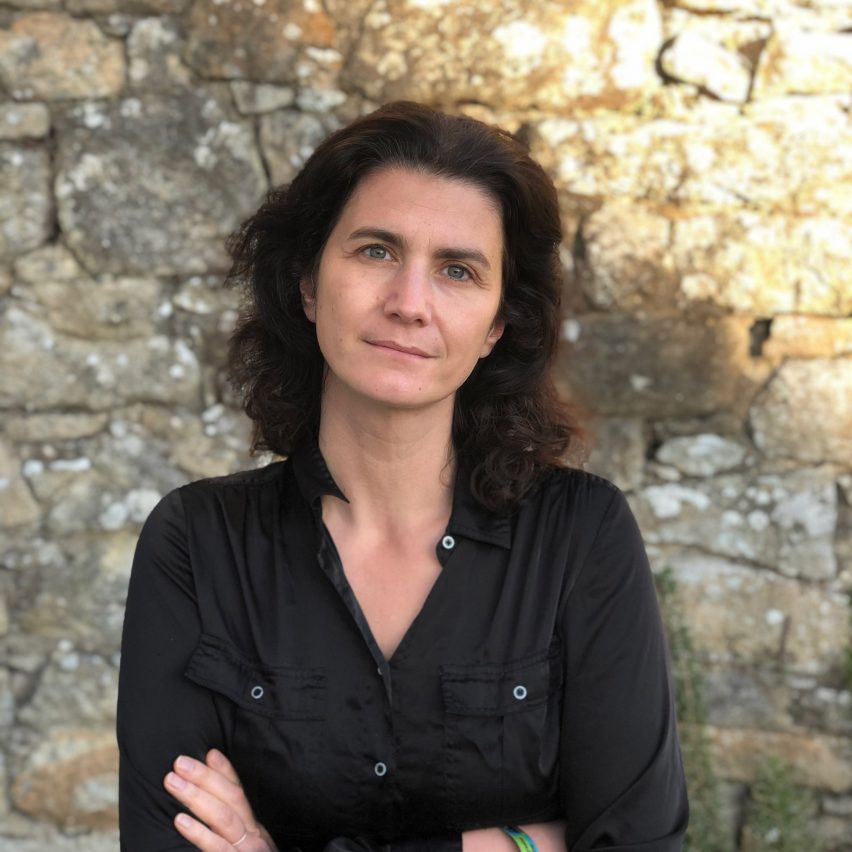 Creating developments that encourage inhabitants to reduce their consumption is the next frontier for low-carbon design, according to Hélène Chartier of sustainable urbanism network C40 Cities.

Chartier said that “a change of mindset” is required to ensure that architects look beyond the carbon footprint of their buildings and also consider emissions generated by the lifestyles of building users.

“As a designer, they don’t just build a box,” Chartier said during a Dezeen talk about carbon held at Dutch Design Week last week. “They build a place where people live. The design can really empower people to live a more sustainable life and make lower-carbon choices in their daily lives”.

Consumption-based emissions are those produced by the consumption of goods and services by building users and include emissions from transport, food, clothing and other goods.

These are “a catastrophe,” said Chartier, who is head of zero-carbon development at C40 Cities, a network that helps the world’s biggest cities with their decarbonisation goals.

“If we take the city of Copenhagen, which is one of the most ambitious cities in terms of carbon-neutrality objectives and everything, and add the consumption-based emissions today, they are just getting worse and worse,” she said.

Consumption-based emissions come on top of the lifecycle emissions of a building itself.

“Consumption-based emissions are something that has been not taken into consideration enough when they do the carbon calculations,” she said.

“When a city or nation says it will be carbon neutral, they totally avoid thinking about all of the consumption of the people, which is a very large problem.”

Consumption-based emissions can be reduced by encouraging people to walk, cycle or use public transport and by reducing parking provision to discourage car use.

Other moves include encouraging local food networks and local sourcing of goods and materials, sharing facilities including laundries and tools, and prioritising low-carbon businesses such as restaurants and shops.

Two-thirds of consumption-based emissions come from outside cities

A 2018 report by C40 Cities found that two-thirds of consumption-based emissions come from outside the city’s boundaries.

“Cities rely heavily on the supply of goods and services from outside their physical boundaries,” said the report, which was based on a study of 79 cities within the C40 Cities network.

“The results of this study show that the GHG [greenhouse gas] emissions associated with these supply chains are significant, particularly for C40 cities in Europe, North America and Oceania.”

“Over 70 per cent of consumption-based GHG emissions come from utilities and housing, capital, transportation, food supply and government services,” it said.

“I think today when a city or nation says they are they are going to be carbon-neutral by 2030 or 2050, they basically consider the emission in their producing in their territory,” and therefore overlooking consumption-based emissions, Chartier said.

The talk, called Good Design for a Bad World: Carbon, explored ways that architects and designers can help remove carbon from the atmosphere.

The session was the latest in the ongoing series of Good Design for a Bad World talks organised by Dezeen and Dutch Design Week.

It built on knowledge gained during Dezeen’s Carbon Revolution editorial series, which explored how atmospheric carbon can be captured and put to use on earth.

Cities are “major contributors” of emission

While the built environment is responsible for around 40 per cent of global emissions, cities account for between 50 and 60 per cent of all emissions when additional factors including consumption-based emissions are taken into account, Chartier said.

“Cites are really the major contributors of emissions,” she said. “A new city the size of New York is built every month in the world.” 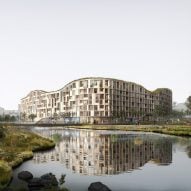 “We know that today that 55 per cent of the world’s population is living in cities and it will grow to 70 per cent by 2050. So the way we design and build our cities is going to make a huge difference,” Chartier added.

The post Consumption-based carbon emissions "have not been taken into consideration" by architects appeared first on Dezeen.