A memorial to the founder of a corn-processing facility in Jalisco sits at the heart of this complex designed by Mexican architecture firm Atelier Ars. 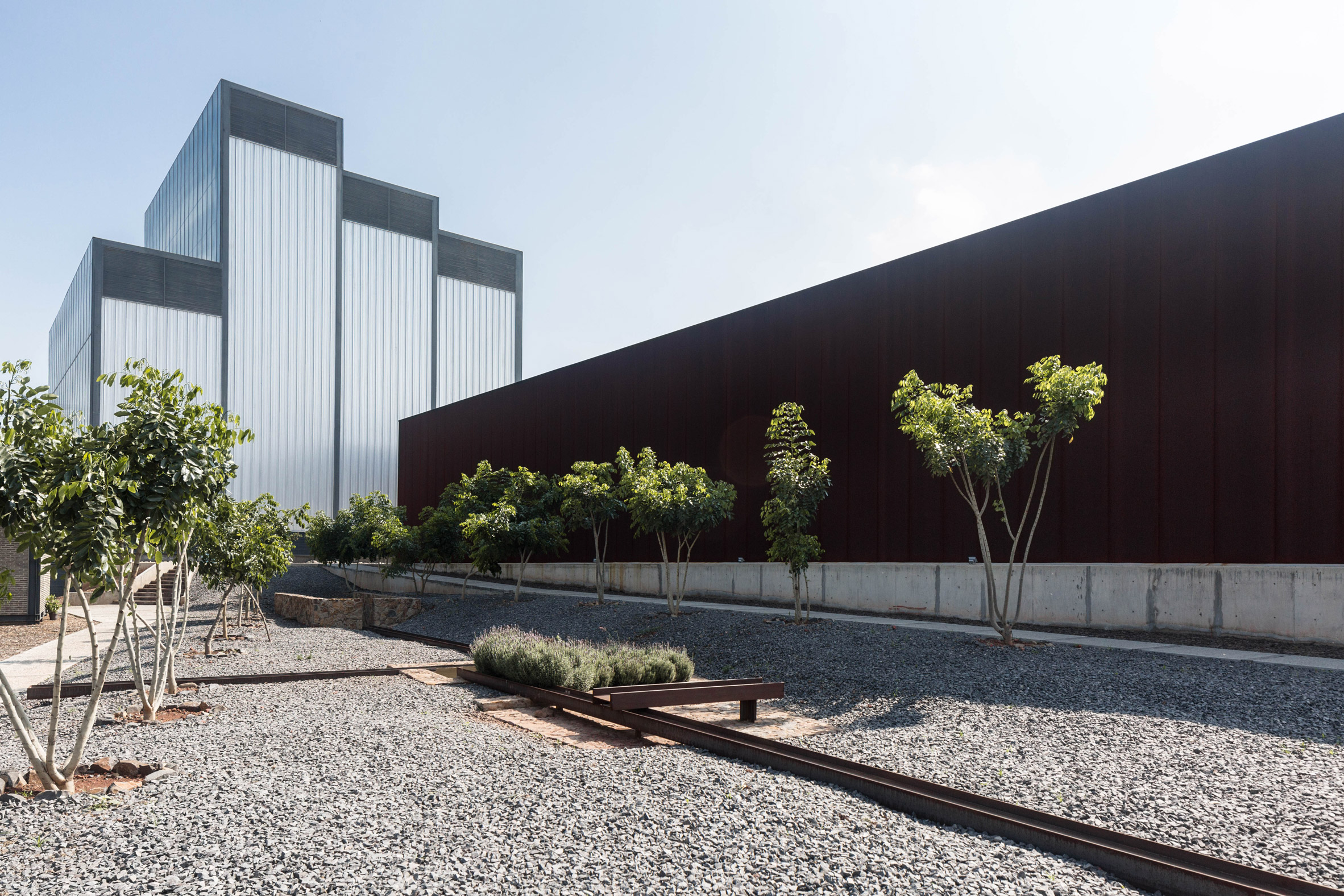 The Novasem factory complex in the western Mexican state includes several buildings that the architecture studio designed to have very different appearances.

The facility controls everything from harvesting to sorting, packing and storage, and these functions are divided between the structures. 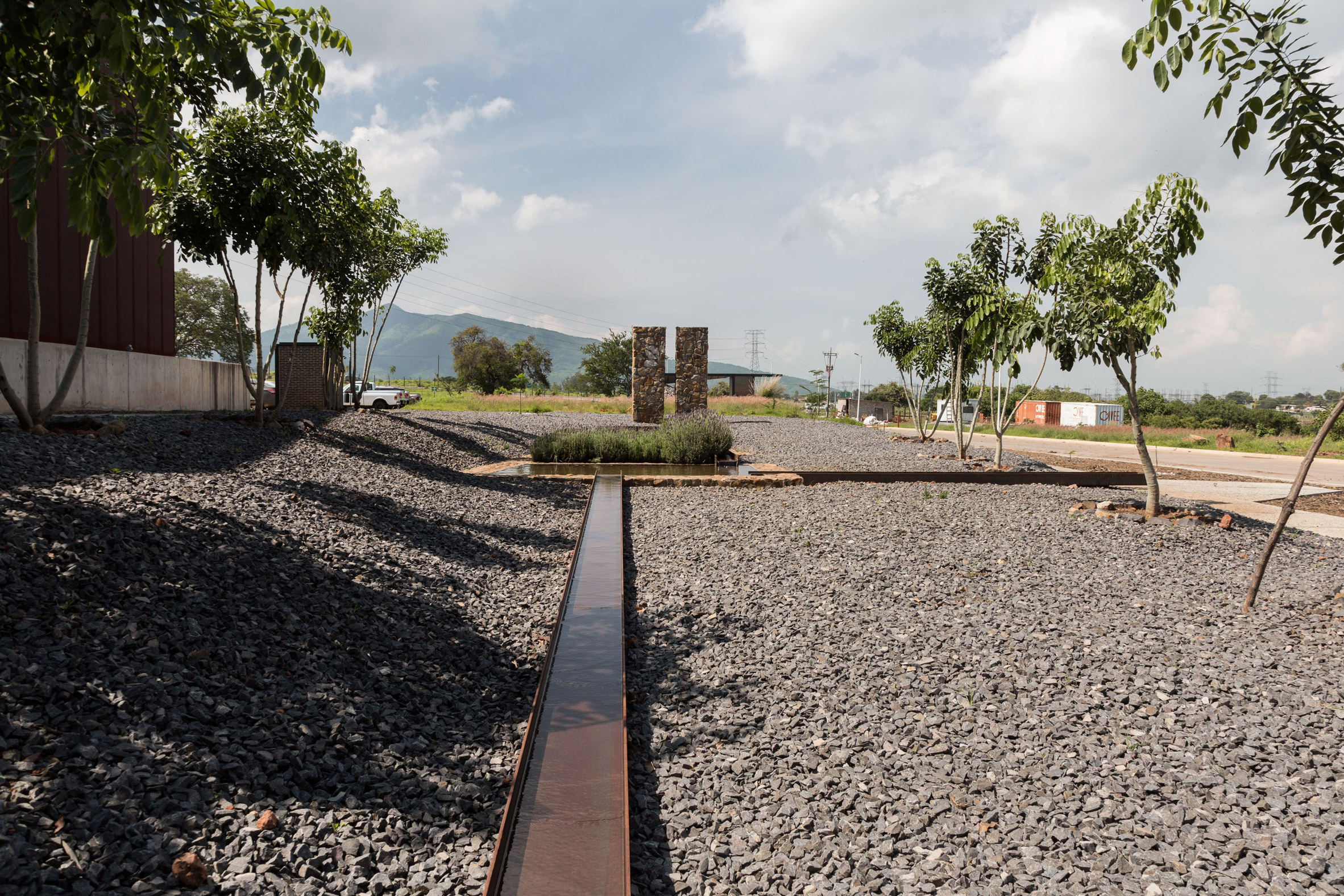 They include a production tower, a laboratory, barns, silos, and an entrance building – all separated by various landscape features that act as a space for contemplation.

“We realised that we had to understand the project as a landscape where the buildings, the open spaces, and the countryside were considered simultaneously,” said Atelier Ars. A set of rectangular volumes arranged next to each other at different heights form the large processing building, which is clad in polycarbonate to give a reflective sheen. Close by, a garden and water fountain is designed to commemorate the facility’s founder, who recently passed away.

A tall masonry enclosure houses the water, which passes along a canal formed by a steel I-beam to meet a shallow pool and planted area. The memorial takes cues from stone-building heritage and is modelled on a menhir – a tall upright stone that was erected in ancient times in Europe.

“The first element of the memorial is a vertical little enclosure that we consider as a primitive menhir, a mark on the territory as a signal of a sacred space,” said the firm. Another I-beam canal channels the water to a drop-off, where it falls into an underground chamber. The buried area is evocative of the founder’s grave, and houses a buried patio and stairs that looks out onto the waterfall and an underground pool. 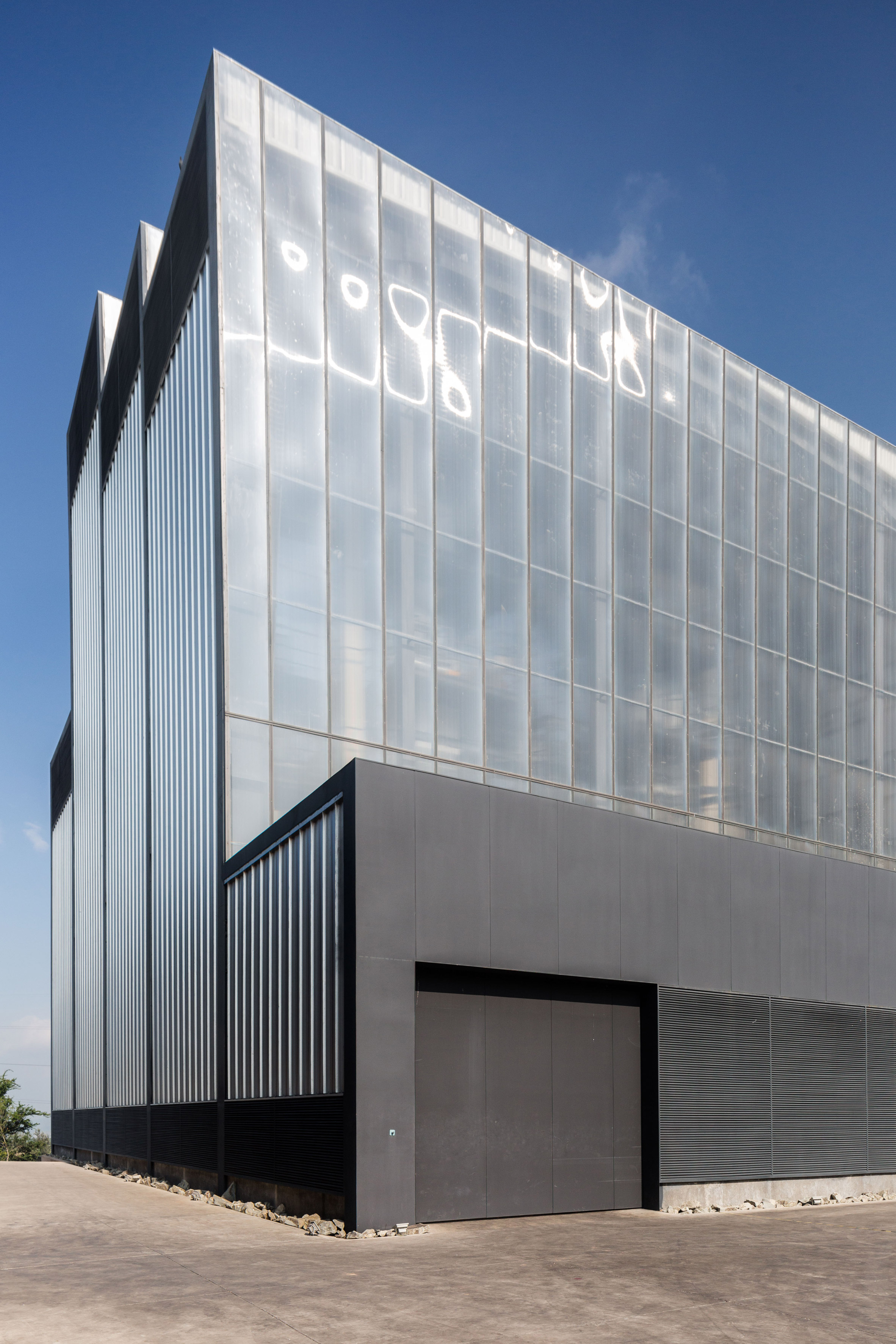 Inside the dim chamber, the founder’s ashes are kept in a steel box recessed in the masonry.

Surrounding the memorial garden are lavender bushes and a series of Golden Rain Trees, which will turn a bright yellow in the spring. Gravel beds line the outdoor space. 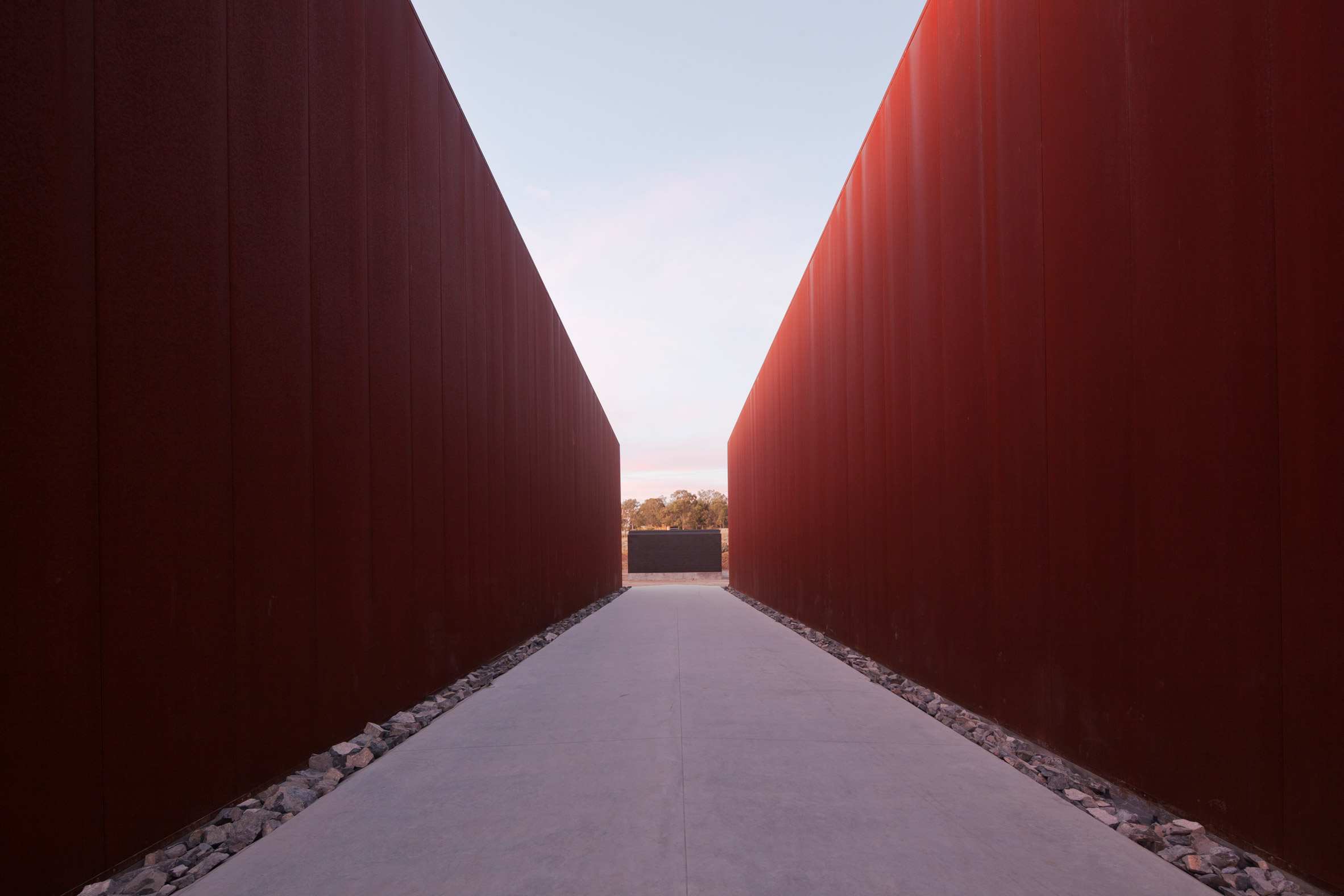 Flanking the garden are two substantial barns clad in a red-coloured steel, with an outdoor path in between that frames a vista.

The barns take cues from American artist Mark Rothko’s colour fields. “We learned from these paintings about deepness and in-between spaces,” the firm said. 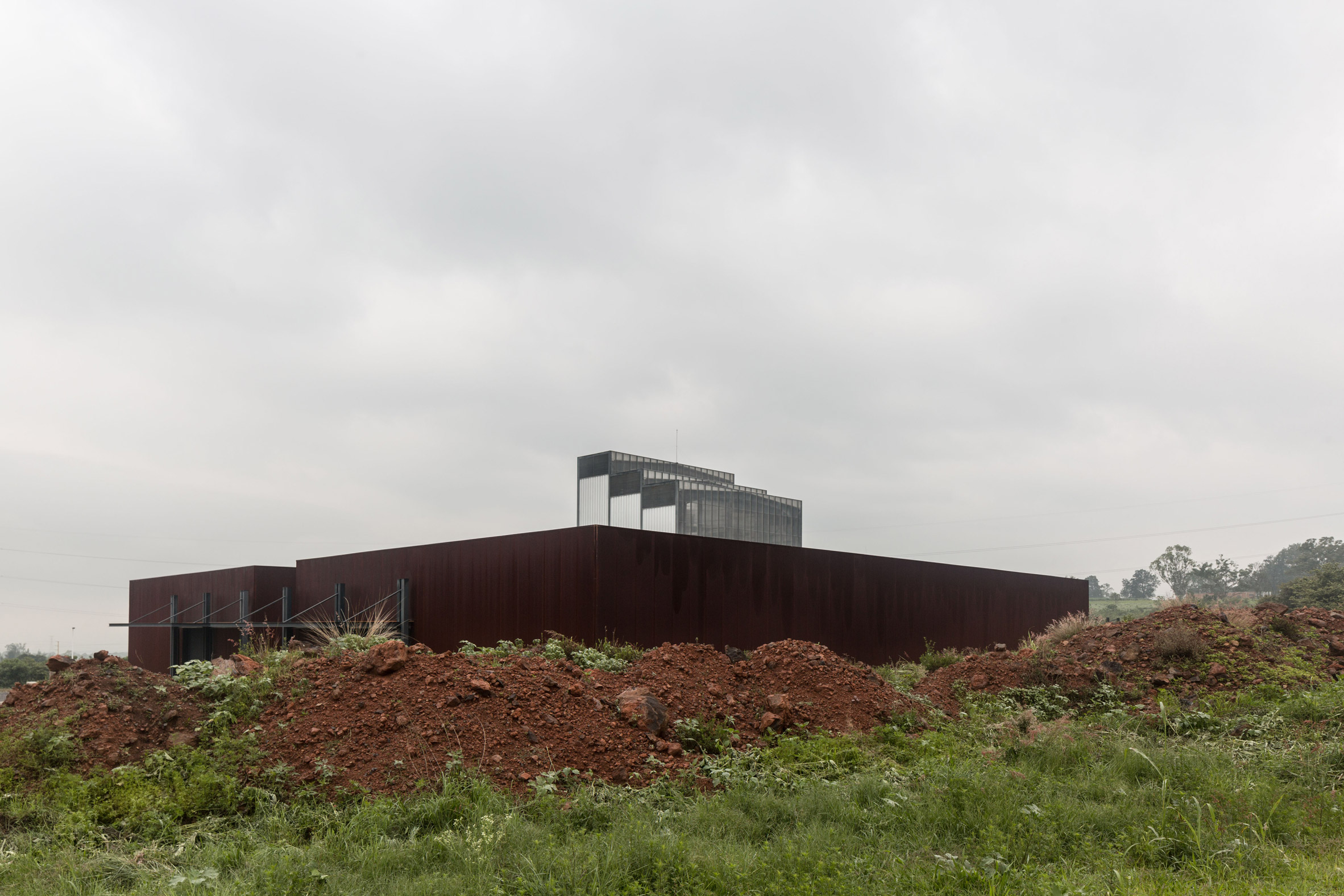 At the far end of the factory site are a guardhouse and nearby parking lot. The entrance has a dramatic angular roof that appears to slant from the attendant booth down to a mound of gravel.

The roof becomes a deep V in section as it angles, allowing rainwater it collects to flow down towards the grassy soil. 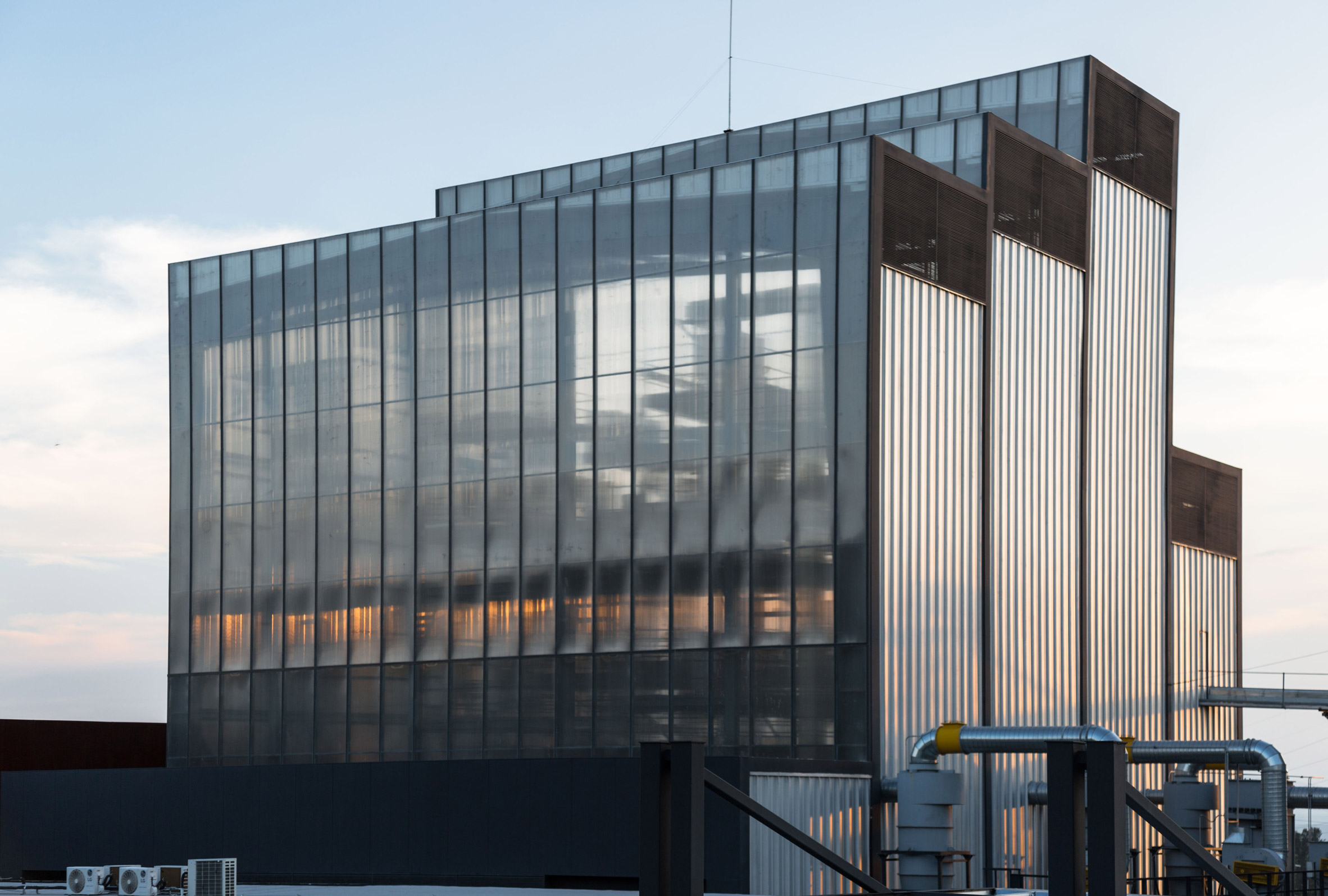 Overall, the corn factory includes natural colours and raw materials that relate to the grassy mountain surroundings of Jalisco.

A second phase of the project has yet to be completed, and will include an office building, a greenhouse, two buildings for drying grain, and temporary workers housing.

Photography is by Onnis Luque.