Seattle architecture firm MW Works has helped a couple to self-build this home, which is organised around a courtyard and clad in weathered reclaimed timber. 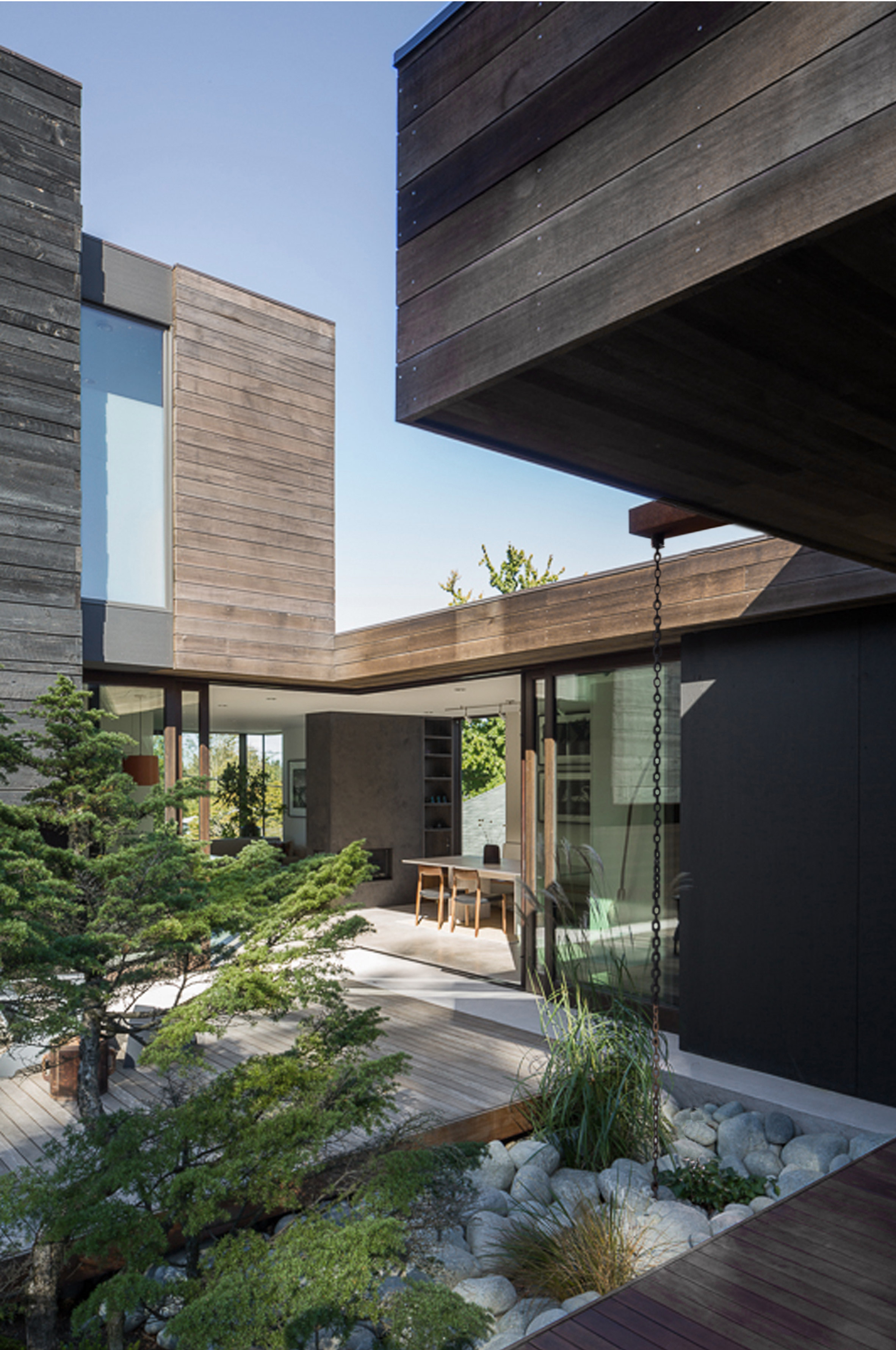 MW Works designed the Helen Street house for a couple and their two dogs, who wanted to return to the city from their rural property and downsize. The corner plot in Seattle’s Madison Valley neighbourhood is close to the Washington Park Arboretum and a short walk to the local shops. 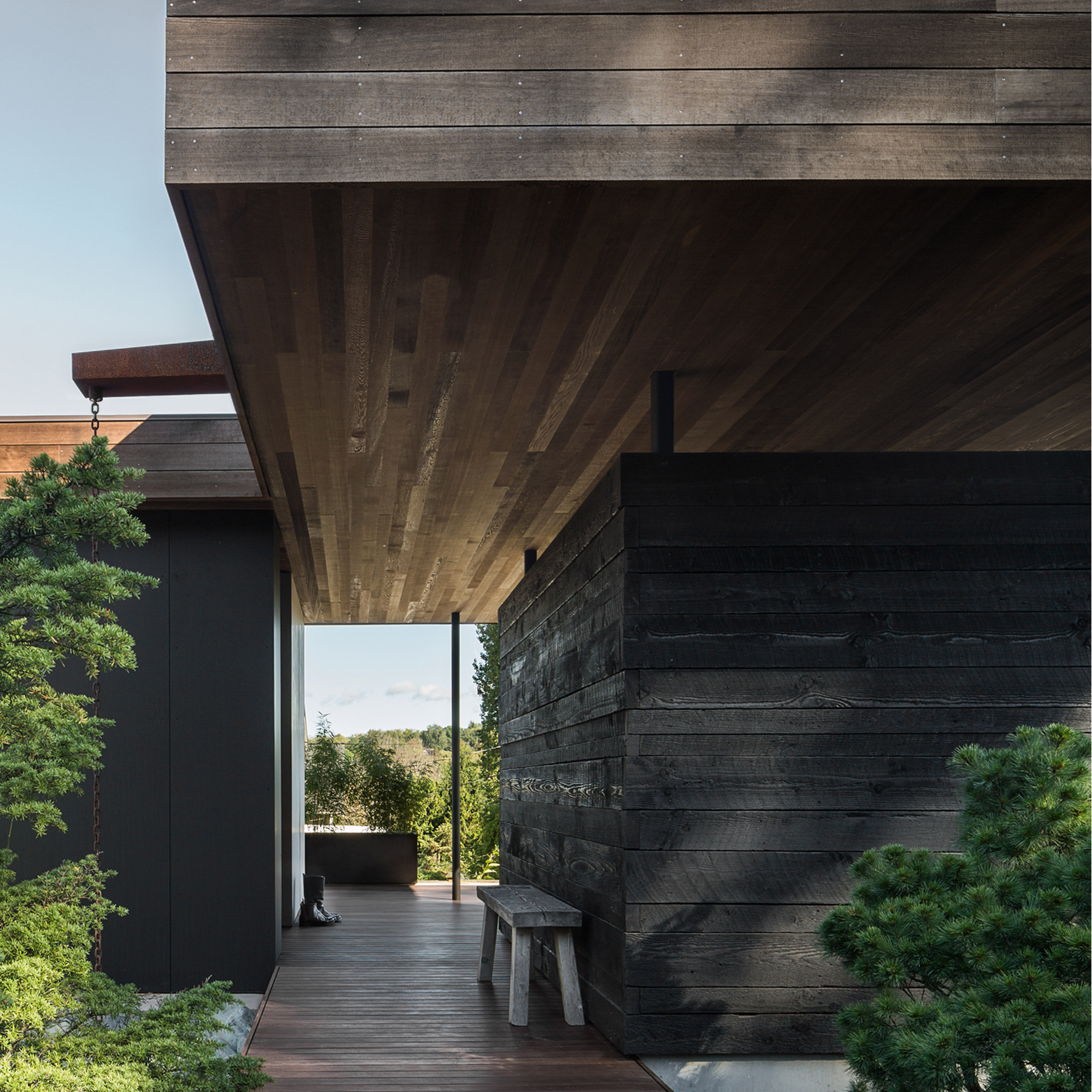 “The new project would distill their way of living into a smaller footprint, specifically tailored to their tastes and activities,” said the architects. 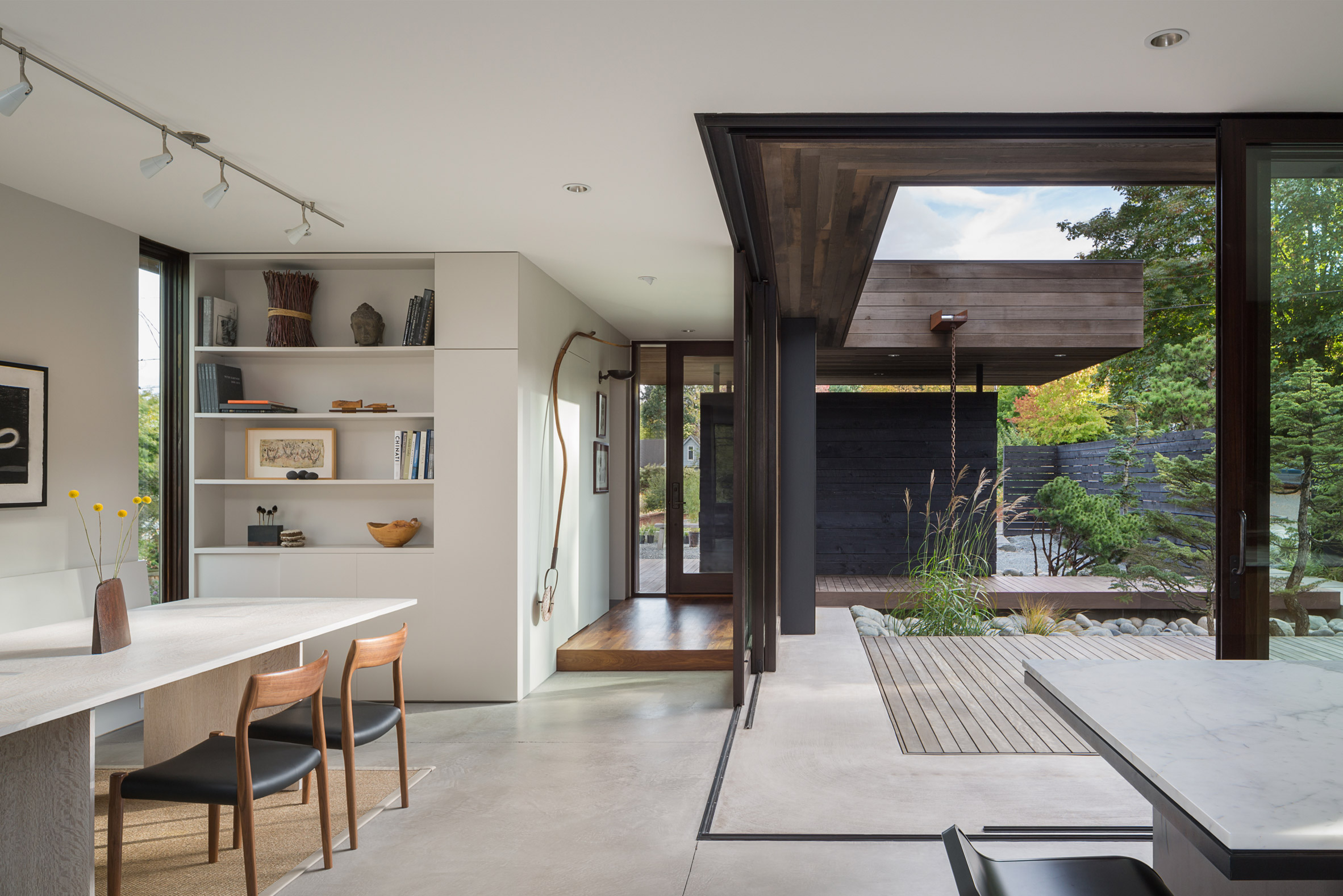 With a modest budget, the clients undertook the project management and build themselves. They wanted a modern, light-filled home that gave them privacy but still afforded views.

“Above all, the owners described a quiet design integrated with landscape that would create a tangible calmness in the home,” said MW Works, which has also updated a mid-century modern home in the city. 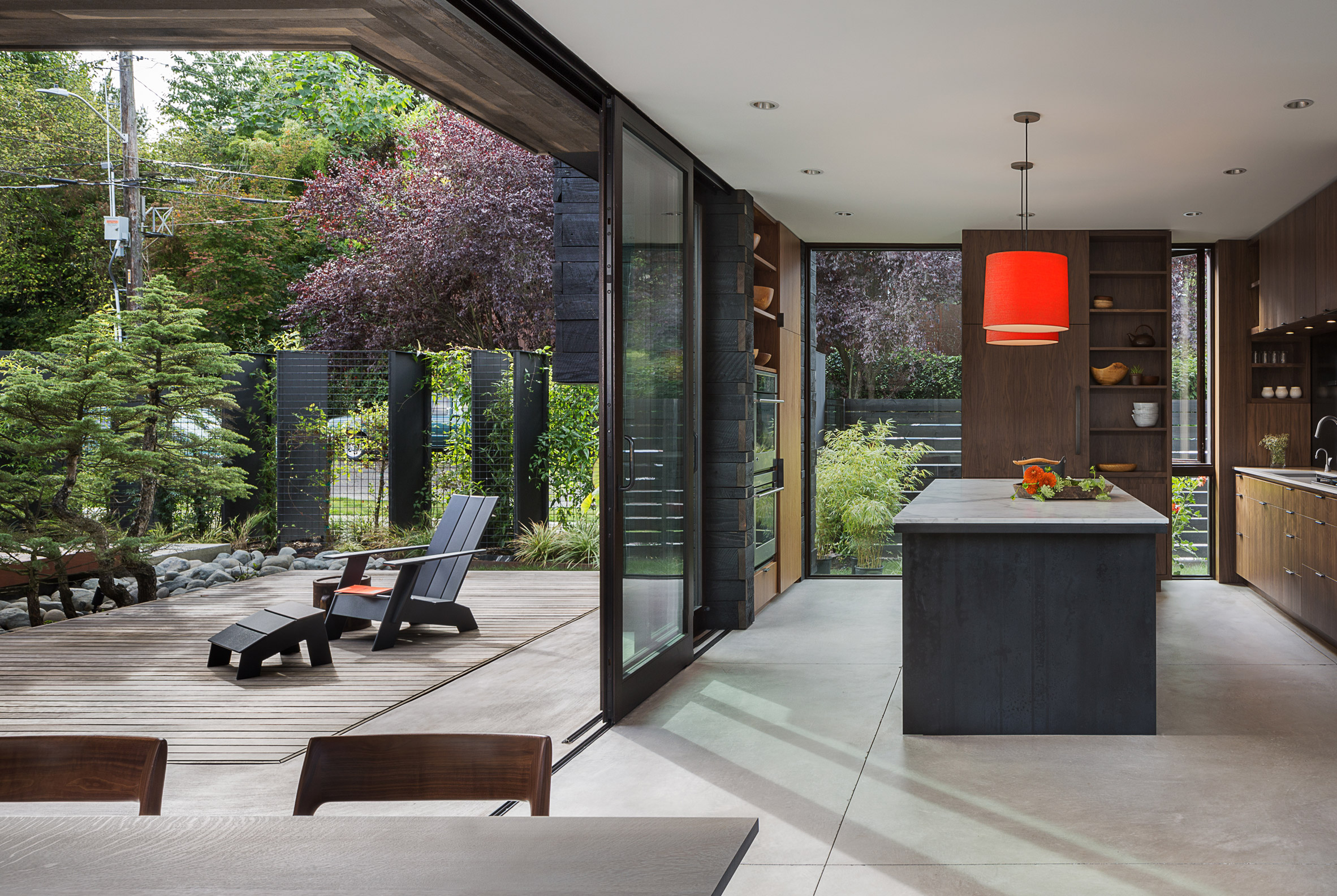 A courtyard at the centre of the house brings light into its rooms and acts as an organisational hub for the plan. This private outdoor space is hidden from the street by a screen made from steel panels and wire mesh, which plants can grow up. 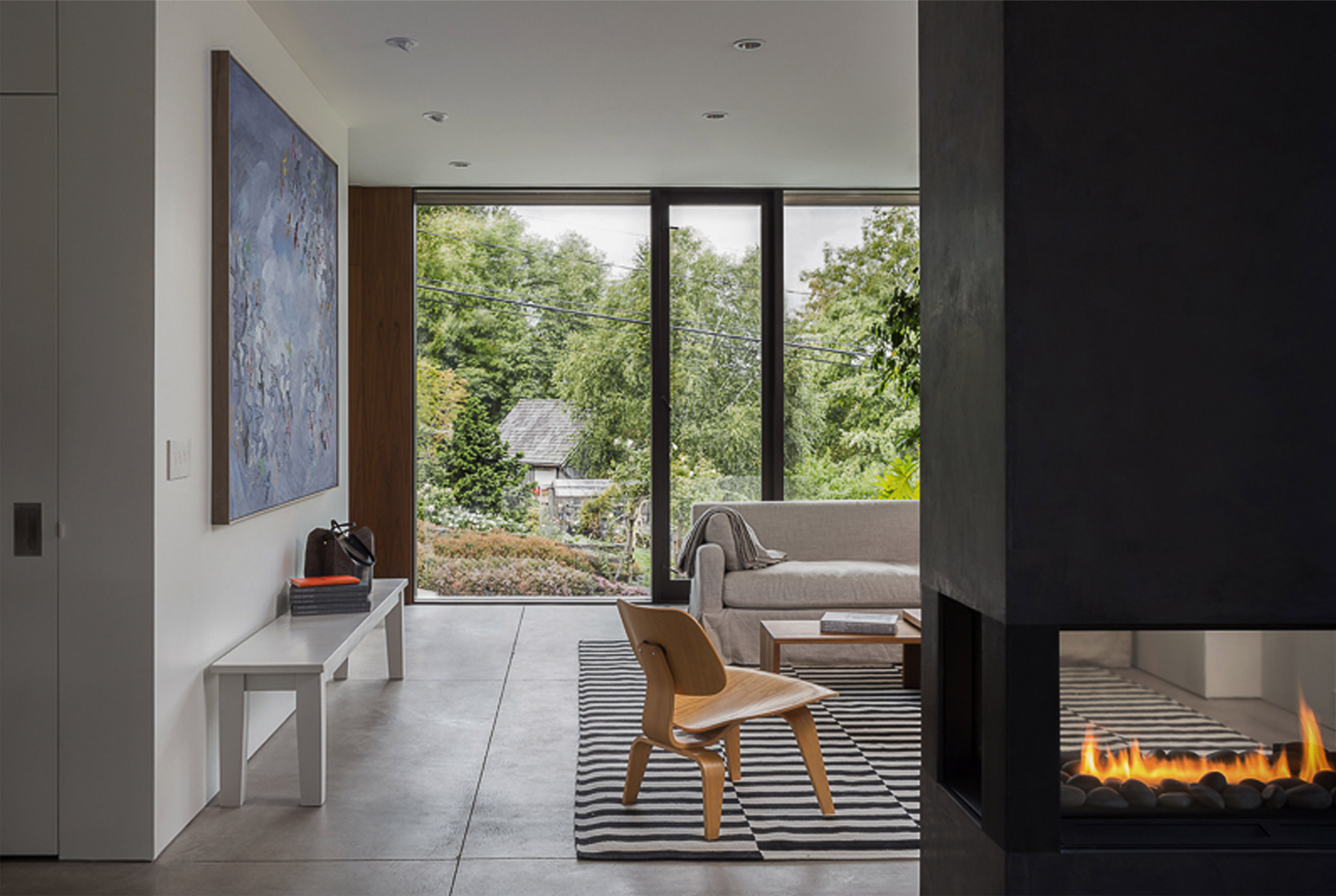 Behind, areas of wood decking used for dining and seating are broken up by rocky portions planted with greenery. One of the decked walkways leads from the street to the home’s entrance, covered by a section of roof that extends over a small garden shed opposite.

The larger patio is accessed through floor-to-ceiling glass partitions that slide back to open the indoor kitchen and dining room to outside. 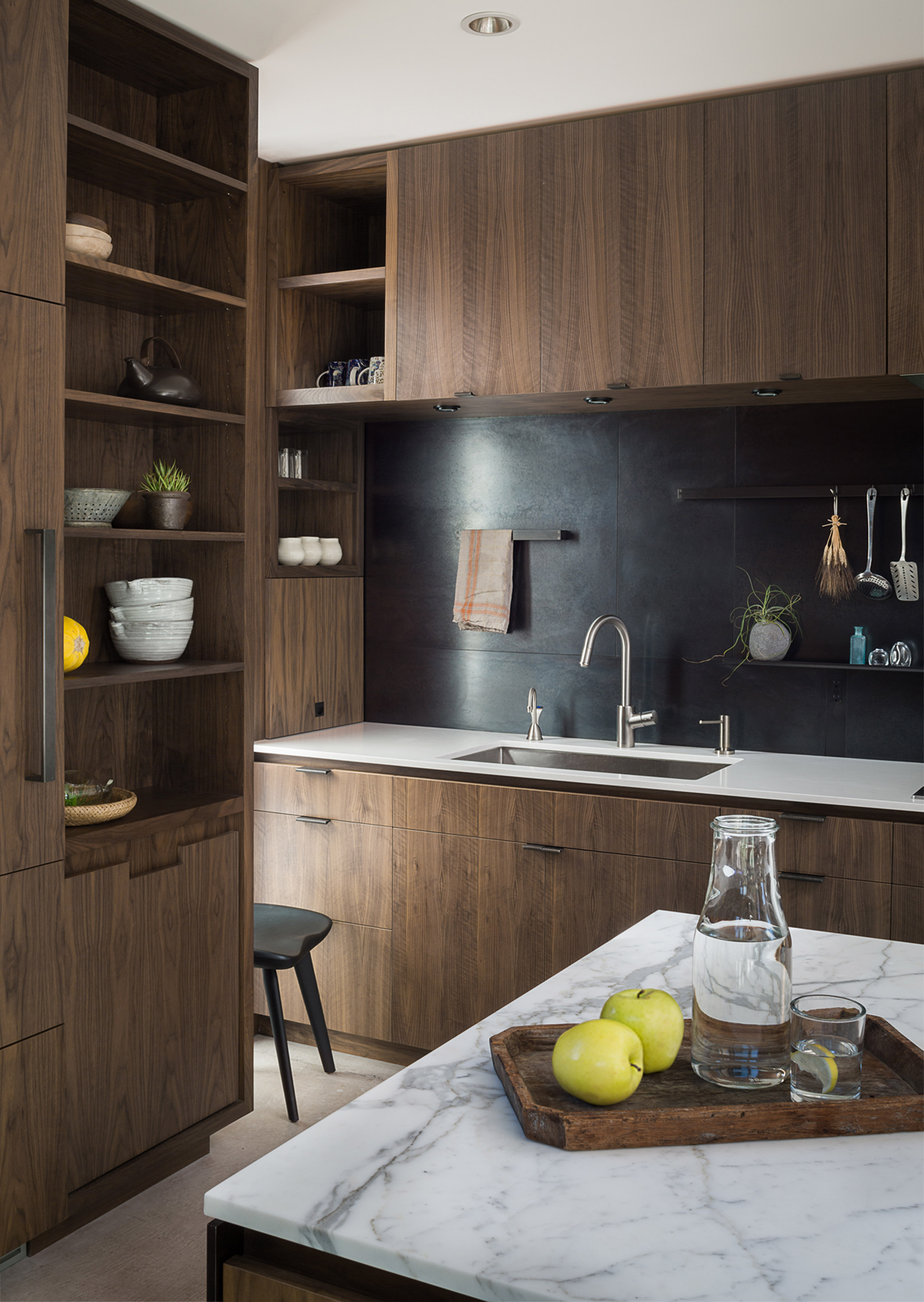 Around the ground level, glass is alternated with dark cement panels that block sightlines from the neighbours. A library and two bathrooms on this floor are among the concealed areas, while a fireplace clad in the same material partially separates the lounge from the rest of the living area. 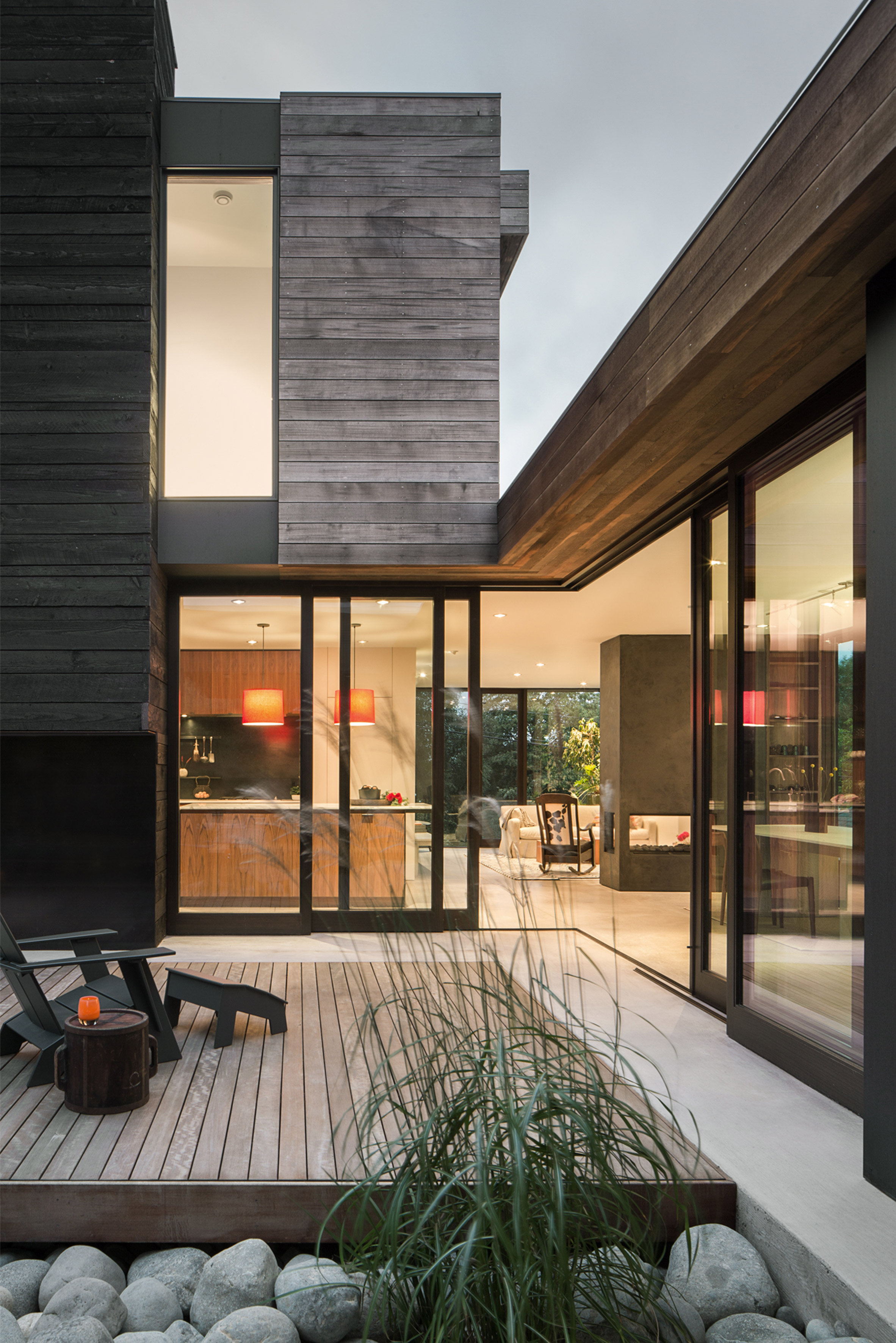 Upstairs is reserved for the master suite, which is clad with weathered cedar planks. Ample storage space is provided between the sleeping space on one side and the washroom on the other.

An outdoor chimney and the garden shed are both covered in blackened reclaimed timbers, while the interior palette is much lighter – with pale tones, and accents of steel and marble in the kitchen. 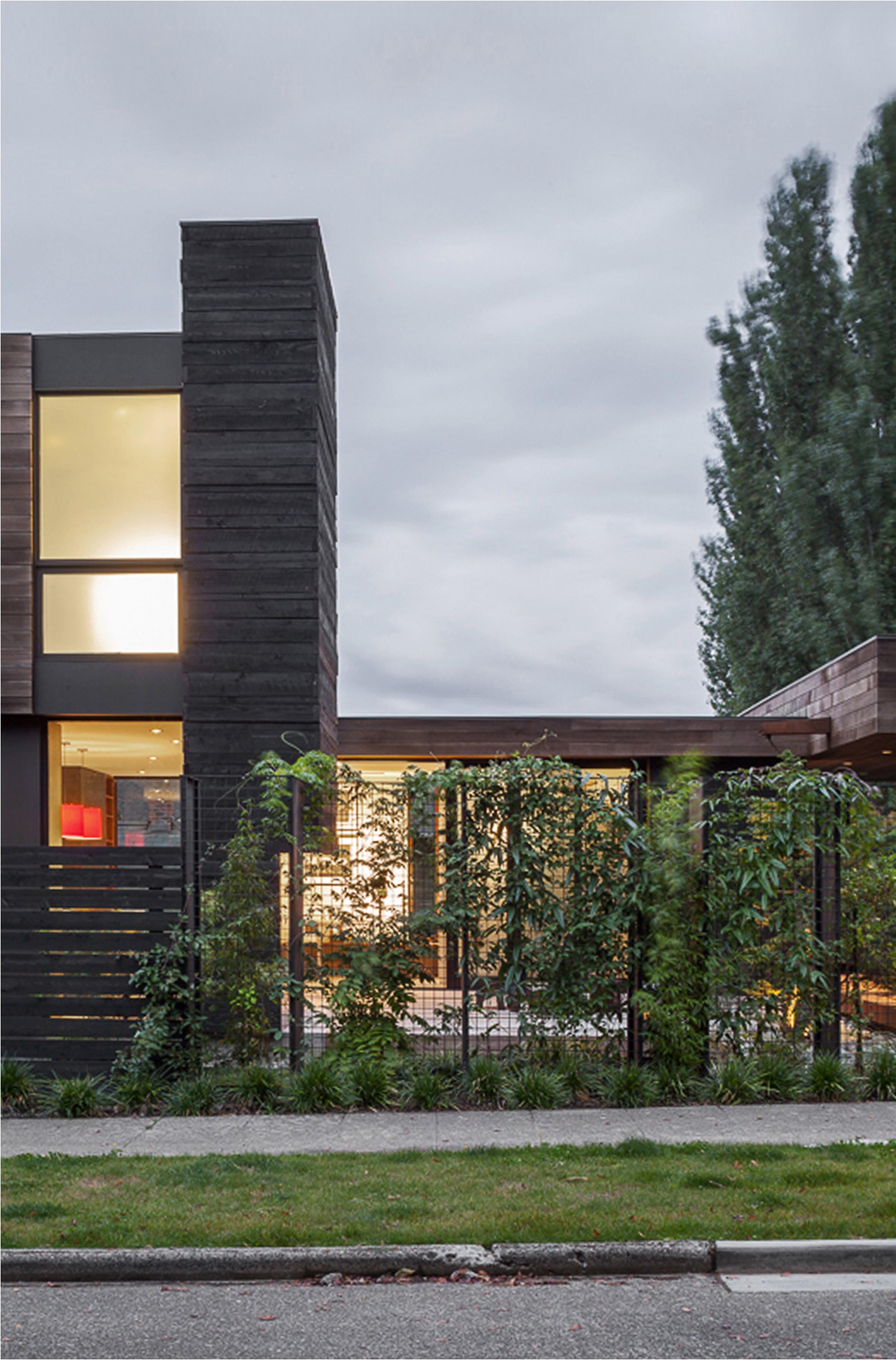 “The limited construction budget was focused on key spaces and experiences while others were kept more straightforward,” said MW Works.

Photography is by Andrew Pogue. 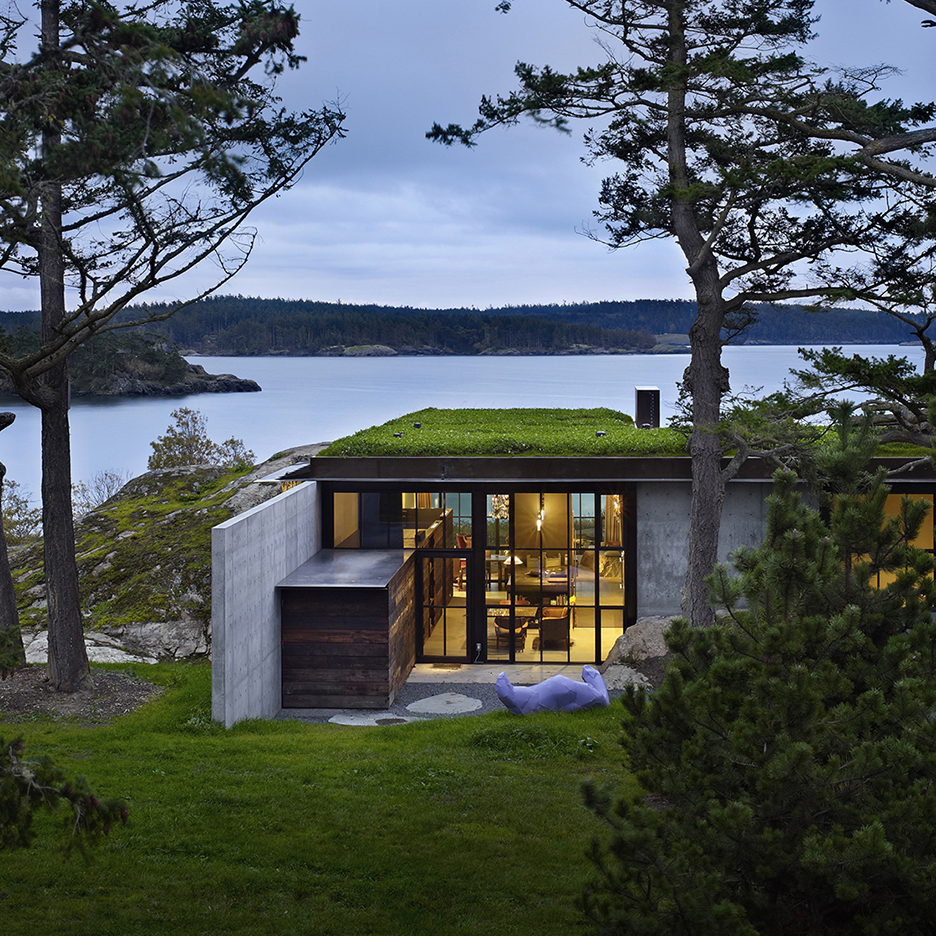 Five of the best houses in Washington state on Dezeen