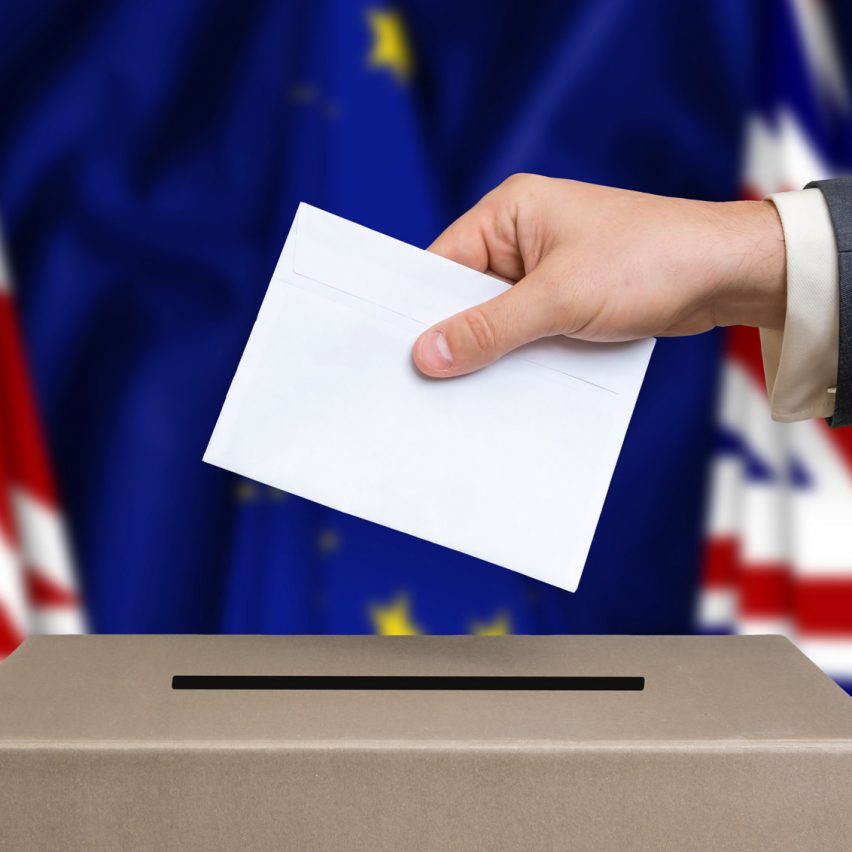 The Creative Industries Federation, Norman Foster and David Chipperfield are among the business leaders to sign a letter calling for a People’s Vote – a second referendum over whether the UK should leave the European Union.

The federation, which represents over 10,000 members across the fields of art, design, music and theatre, joined  architects Foster and Chipperfield, and designer Terence Conran, in signing the letter published in The Times after the deal proposed by prime minister Theresa May was squashed.

“The priority now is to stop us crashing out of the EU with no deal at all. The only feasible way to do this is by asking the people whether they still want to leave the EU,” said the letter.

“With the clock now ticking rapidly before we are due to quit, politicians must not waste any more time on fantasies. We urge the political leadership of both the main parties to support a People’s Vote.”

“Catastrophic consequences for the sector”

In a statement the Creative Industries Federation (CIF) said that a no-deal Brexit would cause irreparable damage to the nation’s world-leading creative industries.

“We have now reached an undeniable cliff edge, and it is imperative that our political parties do what is necessary to prevent the extreme damage that will be caused if we crash out of the EU,” said Alan Bishop, chief executive of the CIF.

The Brexit deal proposed by Theresa May’s Conservative government would have allowed the UK to temporarily stay within Europe’s single market, allowing free movement of goods and services. But after this deal was rejected by a record-breaking 230 votes, it is increasingly likelihood that the UK will crash out of the EU with no trade deal at all.

“The creative industries are the fastest growing part of the UK’s economy,” said Bishop. “They contribute over £100 billion in GVA and employ one in 11 people.”

“The free movement of goods, services, capital and people have underpinned the sector’s success and our ability to attract talent, tour freely, and trade on our doorstep is vital to the ongoing success of the creative industries and to the UK as a whole,” he continued.

“This is why 96 per cent of our members intended to vote to remain ahead of the referendum, and why crashing out of the EU without a deal would have catastrophic consequences for the sector.”

Bishop stressed that a no-deal Brexit is the worst possible outcome for the UK’s economic prosperity.

“Although further uncertainty will of course be challenging for the creative industries, this presents less of a threat to the country’s prosperity than leaving the EU without a deal,” he added.

“Not only are the creative industries vital to our economy, they also play a fundamental role in the life of every person living in the UK and are of irreplaceable importance to the way that the UK is viewed around the world.”

RIBA calls for extension to Article 50

The Royal Institute of British Architects (RIBA) has also stated that a no-deal Brexit would be disastrous for its members.

“No deal would be a disaster for the UK and ignores the deep economic, human and legal links between the UK and the EU,” said RIBA chief executive Alan Vallance.

“For the architecture sector, projects continue to be put on hold as uncertainty damages the investment climate and many EU architects in the UK are still uncertain about their future.”

Unlike the CIF, the RIBA is urging the government and parliament to seek an extension to Article 50 – the legal process by which the UK will leave the EU – to allow time to draw up a new deal and end the uncertainty.

“To be weeks away from leaving the EU with no deal or alternative places businesses in an impossible situation,” said Vallance.

“Our politicians cannot leave the public in limbo and business to sort our the situation – they must work together to end the uncertainty.”

The UK is scheduled to leave the European Union on 29 March 2019, almost three years after the country went to the polls.

Last October, over 1,000 leading architects, including Richard Rogers, Norman Foster and David Chipperfield, signed a letter calling for the UK to remain part of the EU, in spite of the vote to leave.

The RIBA has stated that it will grant special visas to architects who demonstrate exceptional talent or promise, to ensure they can continue to work in the UK after Brexit.