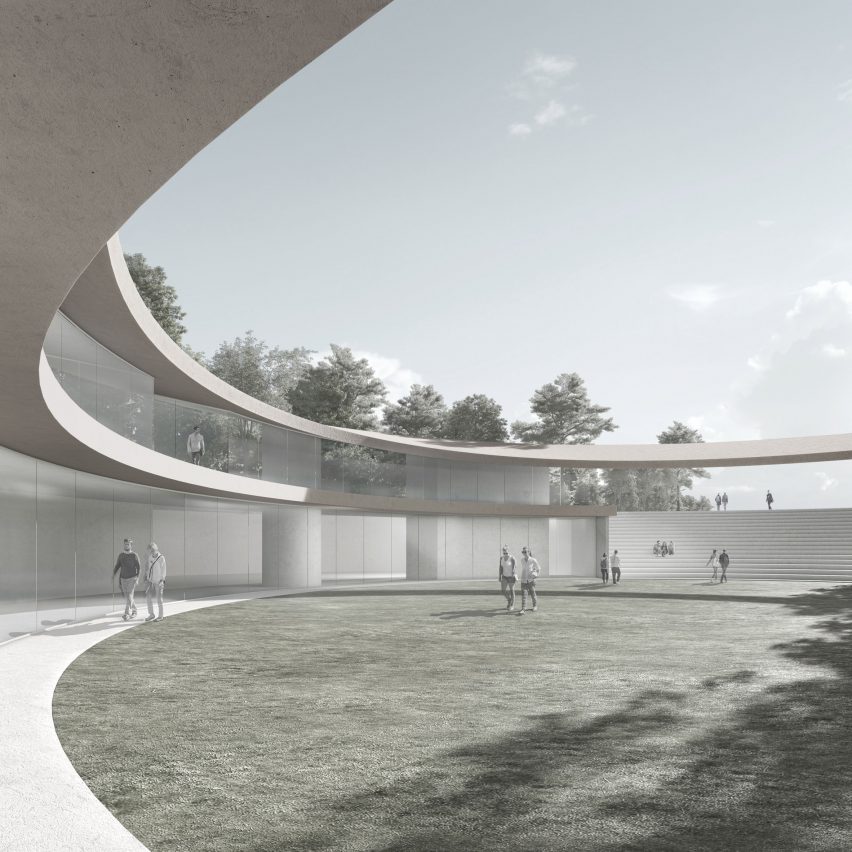 David Chipperfield‘s Milan office has won a contest to design a new campus for one of the world’s oldest surviving universities.

David Chipperfield Architects and engineering company Steam were selected to design a campus of social and economic sciences for the University of Padua, which is the fifth-oldest surviving university on the globe.

The PiaveFutura campus will take over the former Caserma Piave barracks – a disused 50,000-square-metre site in the southwest of the city.

Like most of the university’s existing facilities, which date back to the 13th century, the new campus will be located within the old city walls.

Chipperfield’s design involves renovating the old buildings on the site and inserting a new elliptical pavilion at their centre.

“The architectural concept is rooted in the idea of a building that will serve both the university and the city, acting as a ‘social condenser’,” explained David Chipperfield Architects.

“Reference to the historic architecture of Padua, such as Prato della Valle and the Botanical Garden buildings, is a clear source of inspiration for the proposal and evident in the design.”

David Chipperfield Architects has offices in London, Berlin and Shanghai, as well as Milan. One of the biggest projects to come out of the Italian office is the Museo delle Culture museum and gallery complex in Milan – a project that ended in a row between architect and client.

The studio has also been working on a major restoration of the Procuratie Vecchie on Venice’s Piazza San Marco, which will see the palace opened to the public for the first time in 500 years.