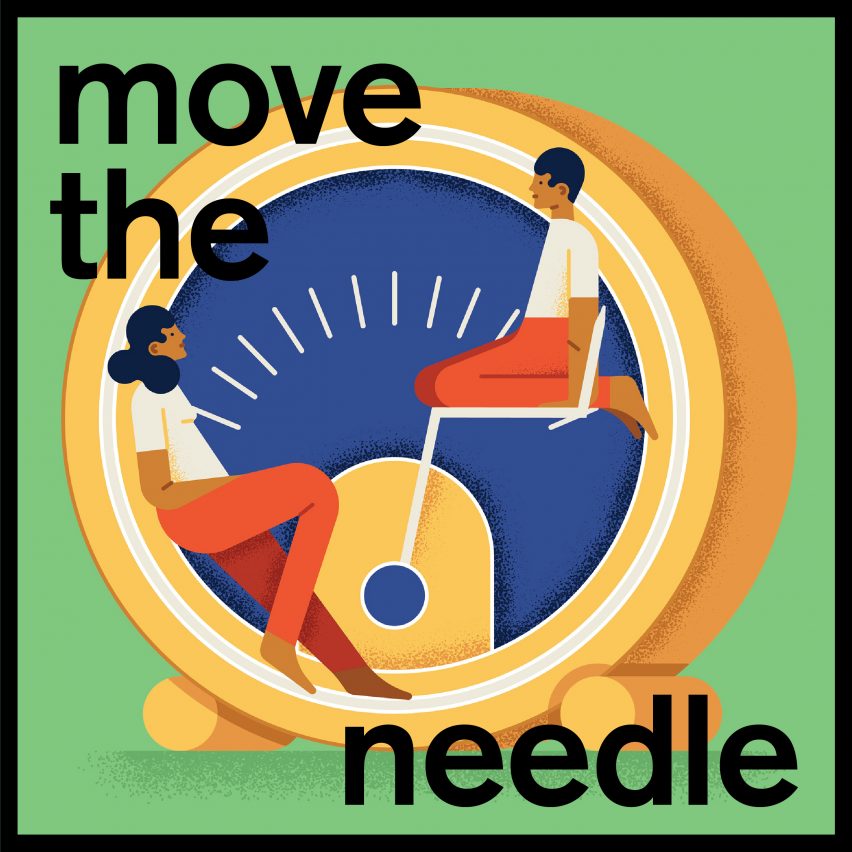 International architecture and design awards programmes have improved the gender balance of their judging panels this year, although men still outnumber women, according to a survey conducted by Dezeen following our Move the Needle initiative.

Of the eight awards programmes we surveyed for our Move the Needle campaign in 2018 – set up to promote gender equality in architecture and design – all have either increased or maintained the proportion of women on their judging panels in the past year.

On average, we found judging panels to be 42 per cent women, while previously the figure was 31 per cent.

Despite the overall increase in female jurors, only three of the eight programmes we surveyed were close to an equal split between the genders on their panels: Architizer A+ Awards, Frame Awards and RIBA Awards.

Like last year, Architizer A+ Awards was the only awards programme we contacted with a female-dominated architecture category jury. Although it didn’t give the exact figure, it stated that 58 per cent of the panel will be women, equal to last year.

The organisers said they are also launching a spin-off awards programme this year, dedicated to products, “with a goal of gender parity prior to voting”.

The programme that came the closest to a 50/50 split was Frame Awards, with 19 female judges to 21 male, equivalent to a 47.5 per cent female judging panel.

Frame Awards only launched in 2018 and, for its inaugural year, less than a quarter of the judging panel was made up of women. The organisers addressed this in an article on the website in September 2018, when they launched their latest programme.

“The jury for the inaugural edition of our Frame Awards, while diverse in terms of industry range and the age of its members, lacked the balanced gender participation we were hoping for,” wrote Frame founder Robert Thiemann.

“At only a quarter of the panel being women, we fell short. Our main hurdle, we learned, would be to break the vicious cycle of visibility.”

Frame Awards also aimed for a global spread with judges hailing from six continents, and ranging in age from their mid-20s to 60s. But they said that the “confidence gap” remains a hurdle.

“For men, it seems, the fact that work equals visibility is a given; for women, the belief that they deserve to be seen is as crucial to their success as the work they are producing,” said Thiemann.

Of the eight awards programmes that Dezeen surveyed for the Move the Needle, Frame Awards was one of three that pledged to improve. The other two were the Restaurant and Bar Design Awards and the World Architecture Festival (WAF) awards, both of which were successful.

The Restaurant and Bar Design Awards made the biggest improvement, increasing from nine per cent up to 41 per cent. Where last year the programme had just four women on a 45-strong jury, a decision that led to a backlash on social media, this year 13 women will sit on the panel alongside 16 men.

WAF has seen a similarly large increase, up from 28 per cent last year to 43 per cent this year.

As well as increasing the number of female jurors, WAF also programmed more female speakers as part of its festival in 2018 compared with the previous year.

The programme is still in the process of securing judges for this year’s awards, which will take place in December 2019, but the current gender split is looking even better, with 44 per cent female to 56 per cent male.

Programme director Paul Finch told Dezeen the organisation will “continue to lead the way in promoting women architects through its Women in Architecture programme and growing representation at our festival”.

“Long may this last,” he added.

RIBA gender-equal on juries and speakers

In the last 12 months, 126 people have served on RIBA Awards juries. Of these, 59 (47 per cent) were women and 67 were men. This is a small increase on last year, when the proportions was 45 per cent.

“The RIBA is committed to diversifying the architecture profession and stamping out inequality. We have a range of measures in place to drive change, guided by experts and our expert group, Architects for Change,” said RIBA president Ben Derbyshire.

“We set requirements for compliance, develop tools and resources for our members, and shine a light on best practice regarding equality, diversity and inclusion matters,” he continued. “Increasing the visibility of women – by ensuring we have a gender balance of speakers, jurors for example – are key strands of our work.”

Derbyshire told Dezeen that the institution is “making progress, but are not complacent”. More than half of their speakers at public-facing events in the last year were women.

“We have some way to go before our panels and our profession reflect the diversity of our society, but we are working hard to drive the necessary change,” said Derbyshire.

Design Effectiveness Awards increased the proportion of female judges from 33 per cent female to 38 per cent. But Deborah Dawton, the chief executive of the Design Business Association, who organise the awards, said that finding the right people was their priority.

“Gender diversity is important to us across all of our programmes, not just our awards,” said Dawton. “Our judging panels are up on women this year, but we should note that our priority for judges is always going to be to secure highly experienced and knowledgeable industry experts from across a very diverse set of industry sectors.”

Meanwhile World Architecture News (WAN) Awards are languishing at the bottom of the list with just 28 per cent women on the jury, an increase of six per cent on the previous year.

“We are pleased to have increased the percentage of female judges on our panel for the World Interiors News and WAN Awards, and expect this momentum to continue,” said WAN business director Will Kendrick.

Dezeen launched its own awards programme last year, and entries are now open for the 2019 edition. Of 75 judges, 37 were women and 38 were male. The 49 per cent female judging panel was the most even gender split.

For the the 2019 programme, there are currently 32 confirmed female judges and 33 men, with the 10 remaining judges still to be revealed. The aim is to achieve gender parity in the panel, as the obvious way to get a wide cross-section of opinion and debate.

The post Design awards Move the Needle with a better gender balance on juries appeared first on Dezeen.