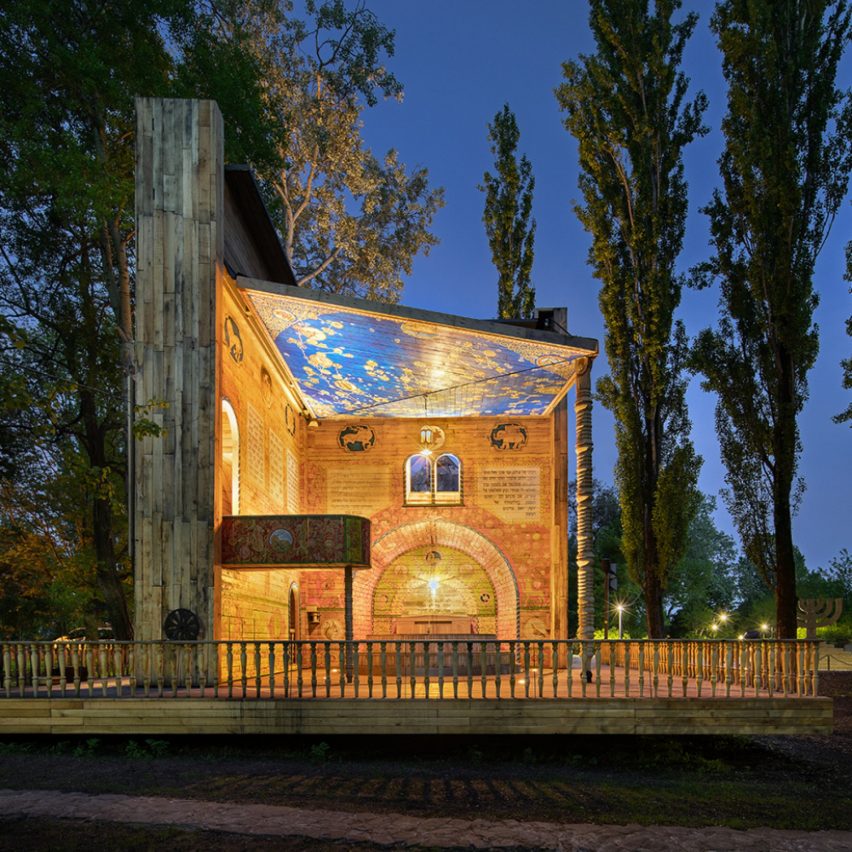 Projects by George Sinas, VTN Architects and 10 other studios have been chosen by Dezeen readers as winners of the Dezeen Awards 2021 public vote in the architecture categories.

Other winners include Manuel Herz Architects for its pop-up synagogue and Atelier–r for its Corten steel sightseeing routes through the ruins of Helfštýn castle.

Over 53,000 votes were cast and verified across all categories. The results of the public votes for the Dezeen Awards 2021 architecture categories are listed below.

Dezeen Awards 2021 public vote winners in the interiors categories will be announced tomorrow, followed by design winners on Wednesday, the sustainability and media winners on Thursday, and finally the studio winners on Friday.

To receive regular updates about Dezeen Awards, including details of how to enter next year, subscribe to our newsletter.

Below are the public vote results for the architecture categories:

33 per cent – The Olive Houses by Mar Plus Ask (winner)
32 per cent – Bamboo Bamboo, Canopy and Pavilions by llLab
16 per cent – Hill Country Wine Cave by Clayton Korte
15 per cent – Peach Hut by Atelier XI
Five per cent – Alive by The Living