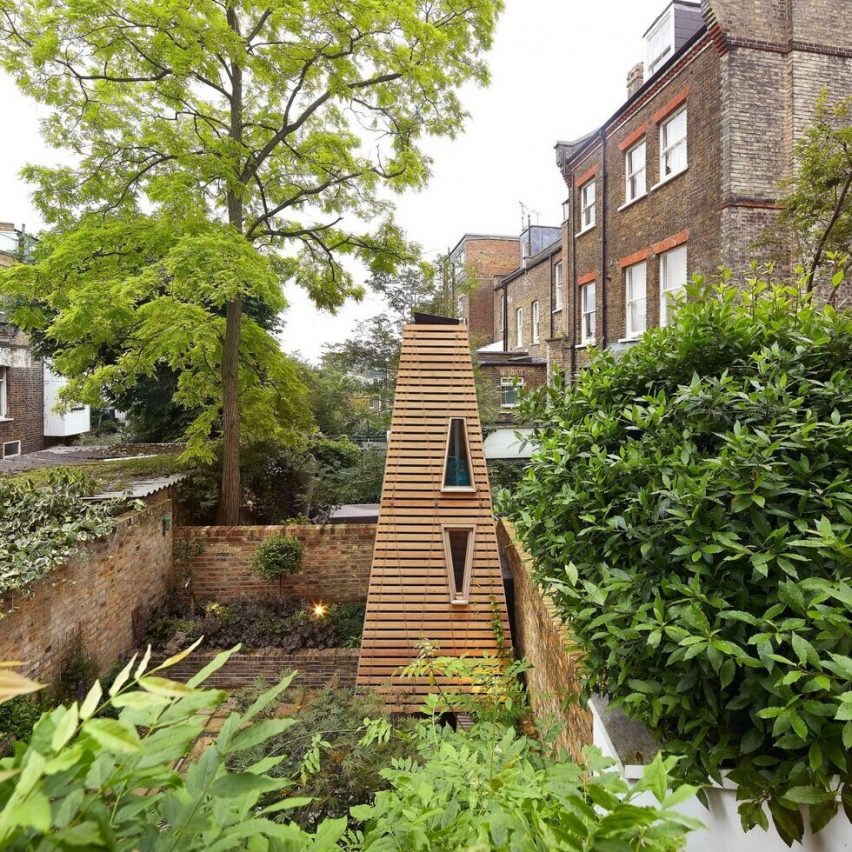 Readers are swooning over a “treeless treehouse” named Penfold, which architecture studio De Matos Ryan created for a London garden.

Accessible only by crawling beneath it, Danger Mouse is a 4.1-metre-high structure featuring triangular windows that frame views of its surroundings.

One commenter said: “I could live in this playhouse!”

Other stories in this week’s newsletter include David Chipperfield Architects’ transformation of a 20th-century office block in Paris, Heatherwick Studio’s sculpture containing 350 trees and an apartment block in Veracruz, Mexico.

Dezeen Debate is a curated newsletter sent every Thursday containing highlights from Dezeen. Read the latest edition of Dezeen Debate or subscribe here.

You can also subscribe to Dezeen Agenda, which is sent every Tuesday and contains a selection of the most important news highlights from the week, as well as Dezeen Daily, our daily bulletin that contains every story published in the preceding 24 hours.