Furniture and homewares brand IKEA has topped the 2017 Dezeen Hot List of the 500 people, brands and organisations our readers most wanted to read about this year. Retailer Muji takes second place while Peter Zumthor is the highest placed architect.

Donald Trump has crashed into the top five of the list, which is compiled entirely using audience data. He is the highest placed personality, as well as the highest new entry.

Trump ranks so highly thanks largely to the design world’s subversive response to his victory in the US presidential election last year. Our story about a spoof IKEA border wall and a Nazi-style logo created for him by Tucker Viemeister are among the most popular posts.

But the big story of this year’s list is the domination of IKEA and the surprise appearance of Muji in second place, meaning design-led retail brands occupy the top two slots.

IKEA topped the Hot List for its vast range of initiatives over the year, including the introduction of snap-together furnishings that do away with fiddly allen keys, a collection of no-waste products, and its witty response to Balenciaga’s £1,705 take on the iconic blue Frakta bag. All these stories were incredibly popular with our readers, and the Swedish giant was unquestionably the most newsworthy entity on Dezeen this year.

Although we only published only three stories about Muji, the minimalist Japanese lifestyle brand has shot into second place. This is because of the huge engagement each story achieved – our methodology takes engagement per post into account to ensure the list is not dominated by the entrants we write about the most.

The unveiling of Muji’s compact nine-square-metre prefabricated house, set to be sold for £21,000, proved to be the most popular story about the brand.

The enduring cult status of Swiss architect Peter Zumthor is confirmed by his position in third place. News relating to his renowned thermal baths in Vals was most talked-about, with his comments that the Therme Vals spa and hotel has been ruined by an “egotistical” developer generating most traffic.

Zumthor is more popular than Ingels, Pawson and Foster

As with Muji, we don’t write an awful lot of stories about Zumthor, but each time we do we get huge engagement.

Outside the top five, architects once again dominate the list, with Bjarke Ingels in fourth place, slipping from second place last year. John Pawson is the highest climber in the top 10, up 26 places from last year to sixth. Behind him are Zaha Hadid Architects, Tadao Ando and Norman Foster.

Apple completes the top 10, with Adidas just outside at 11, up seven places from last year and 26 places above arch rival Nike, which has slipped to 37.

The industry remains resolutely male, despite Dezeen’s best efforts to highlight the gender imbalance. The inaugural list was topped by Zaha Hadid, who died in March last year. This year’s highest-placed living woman is fashion designer Stella McCartney at 83, followed by furniture designer Patricia Urquiola at 87.

There are no other individual women in the top 100, although architect Neri&Hu at 33 is co-headed by Rossana Hu. MVRDV and RCR Arquitectes, both led by male and female partners, also rank highly.

Husband-and-wife designers Charles and Ray Eames make a surprise appearance at 57, although of course they are both dead.

The number of women in the top 100 actually fell from four last year to three this year, with the number of firms headed by both men and women remaining the same at seven. Overall in the 500-strong list there are just 32 women and 38 mixed firms, compared to 242 men.

Last year there were 24 women, 34 mixed firms and 190 men, although last year the list was shorter, with just 400 entries.

There appeared to be an increased interest in late architects and designers, with Mexican architect Luis Barragán a new entry at 28, Le Corbusier up 20 places at 51 and Mies van der Rohe up 58 places at 48. These expired modernists are joined by the exuberant Antoni Gaudí at 74.

Harvard is the leading school while the RCA slips

The highest-ranking school is Harvard, a new entry at 24, followed by Design Academy Eindhoven at 35. Last year’s top school the Royal College of Art has slipped to 38.

The top event this year is Brexit, at 26. Together with the appearance of Donald Trump in the top five, this reflects the increasing political engagement of the design world in 2018.

The highest-placed design week is again Milan design week, although it has slipped from third place overall to 30. The Pritzker Prize breaks into the top 50, this year climbing to 47.

Milan is the top event and COS the top fashion brand

COS tops the fashion brands once again, although its ranking at 81 represents a steep fall from last year’s 45. Tate is the leading institution at 28, with the new Design Museum at 40, up a massive 158 places compared to last year. With Serpentine Galleries at 49 and RIBA at 86, the top four institutions are all based in London.

We are presenting the list in a different way this year, creating a single, searchable list rather than multiple lists according to the categories such as architects, designers and so on. This allows us more flexibility in the way we categorise entrants.

The impact of this can be seen in the fact that critics, photographers and visualisation studios have made it onto the list for the first time.

Critics and photographers make their mark

The critics who made the list are Dezeen columnists Phineas Harper, Aaron Betsky and Owen Hatherley, as well as writer Alain de Botton and the Guardian architecture and design critic Oliver Wainwright, who was named London’s most eligible bachelor this year.

Eight photographers made their debut on this year’s list, with London-based Anton Rodriguez at 94, London-based Marc Goodwin at 114 and Dutch architectural photographer Iwan Baan at 173. Visualisation studios Forbes Massie and VER also crept onto the list, proving the continued popularity of hyper-realistic renderings.

In terms of nationality, no one country dominates at the top end of the list, with seven different countries represented in the top 10 (Sweden, Japan, Switzerland, Denmark, America and the UK).

The UK has the most entrants, followed by the USA

However across the entire 500-strong list, the UK and the USA emerge as the heavyweights, with 104 and 69 entrants respectively. Japan is third with 22, the Netherlands fourth with 21 and Italy fifth with 19.

The new entries in the list reflect news events over the past year. Besides Donald Trump, newbies include Pokémon Go at 36, the Rio 2016 Olympics at 52 and Nokia, making a surprise return to hipness at 59 thanks to the the relaunch of its vintage 3310 mobile phone.

Among the highest-rising entries in the list are WeWork, which jumped 244 places to 54, architect Dorte Mandrup, up 243 places to 118 thanks largely to her powerful opinion piece about being a woman in architecture, and Danish retailer Vipp, which shot up 277 places to 116, largely on the popularity of its new range of prefabricated cabins designed as “battery-charging stations for humans”.

Dezeen Hot list is compiled by analysing every single visit to www.dezeen.com and every single search term to identity the topics that are most popular with readers. You can read about the methodology here. To create the 2017 list, we looked at audience data from 1 July 2016 to 30 June 2017. Huge thanks to Peter Hedley, Jack Young and Oli Osborne for helping with the data crunching; the algorithm they wrote allowed us to considerably speed up the process.

The resulting table of 500 entries is a compelling list of the hot topics and the movers and shakers in the design world over the past year.

Last year’s inaugural Dezeen List List was described as a “game changer” by the British Society of Magazine Editors, who awarded Dezeen’s Olivia Mull the award for Best Digital Content Idea at the BSME Talent Awards in June this year. 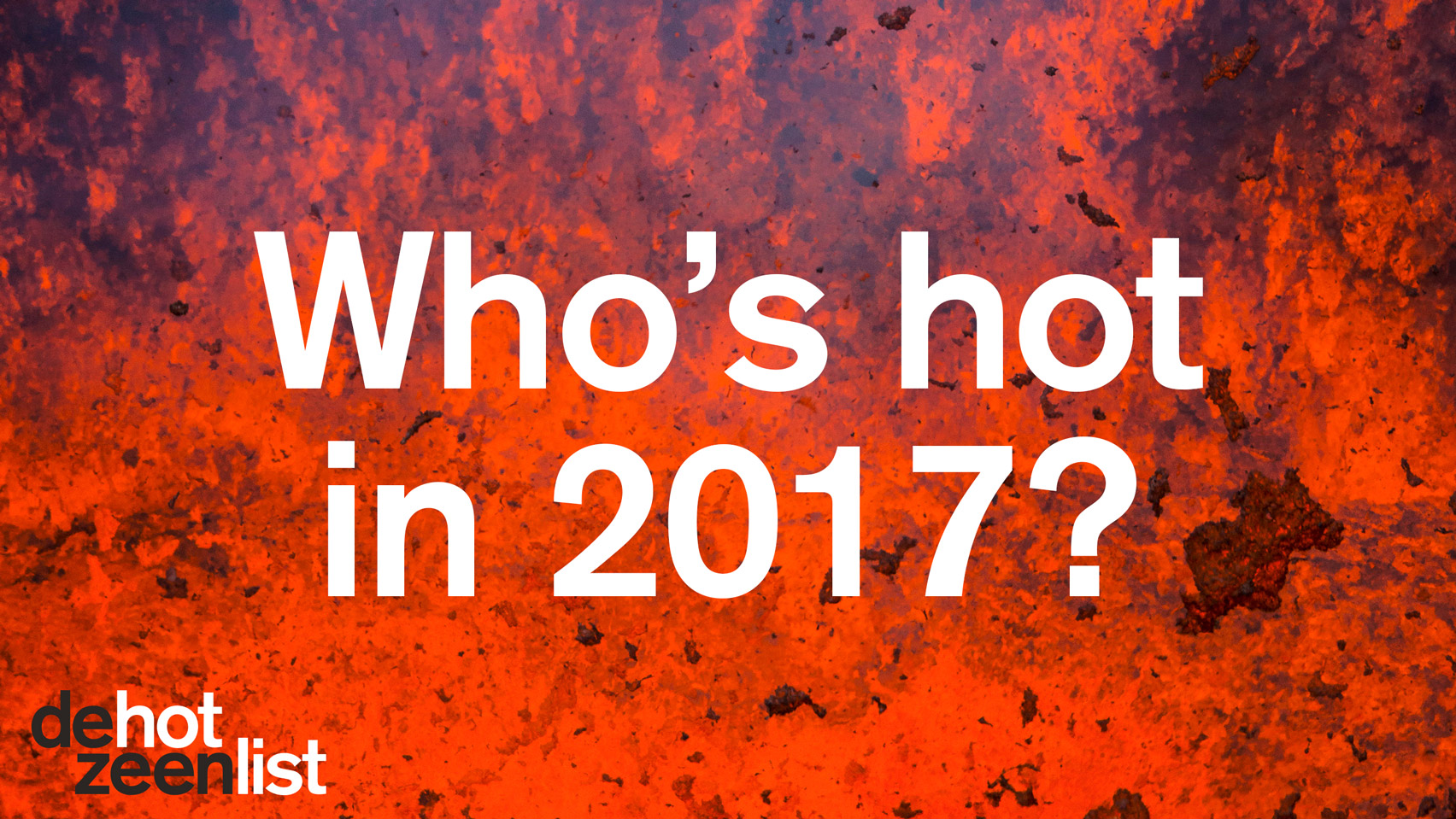 To search the list below, simply enter the name of an architect, designer or brand in the search box. To sort the list by categories such as “architect” or “designer” enter the category name in the search box. Categories are: architect; designer; brand; school; institution; personality; artist; fashion; critic; photographer; and visualisation studio.

The post Dezeen Hot List 2017: IKEA is the most newsworthy force in design, ahead of Muji and Peter Zumthor appeared first on Dezeen.