The competition to design a major new art gallery in Adelaide, Australia, has been won by Diller Scofidio + Renfro and Woods Bagot.

The winning design by New York-based Diller Scofidio + Renfro and Australian firm Woods Bagot, which was founded in Adelaide, includes “sky galleries”, a “performance lab”, and a “super lobby”. 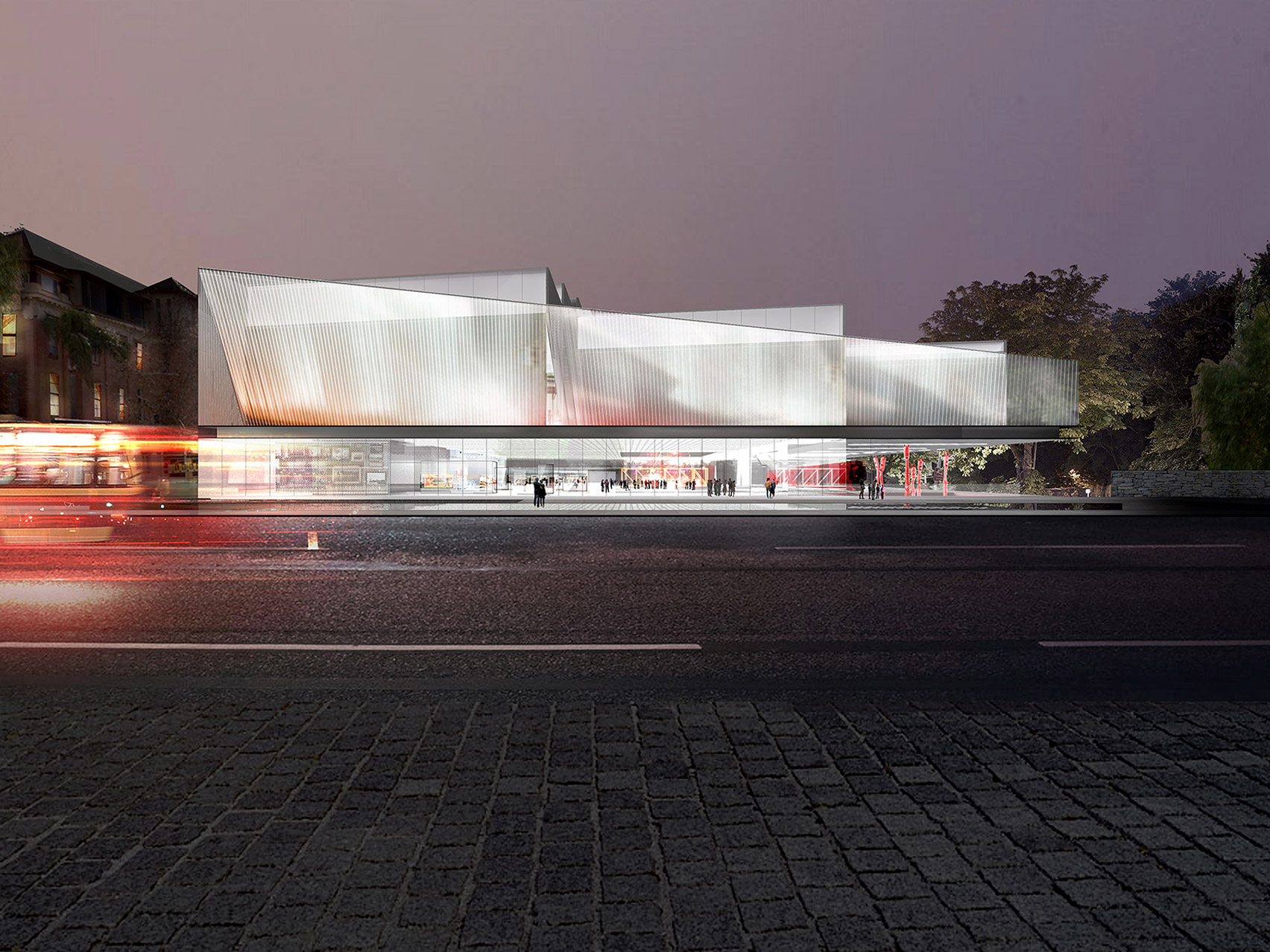 Renders show a series of stepped white volumes tilted slightly of their axis and unified by a slanting screen at rooftop level.

The white facade is designed to reflect the sky during the daytime and emit a soft glow from within after dark, while allowing glimpses of the art in the galleries to be seen by visitors from the outside.

The architects won the contest against a shortlist of teams made up of Australian architects paired with international studios, including: Adjaye Associates and BVN; BIG and JPE Design Studio; David Chipperfield Architects and SJB Architects; Hassell and SO-IL; and Khai Liew, Office of Ryue Nishizawa and Durbach Block Jaggers. 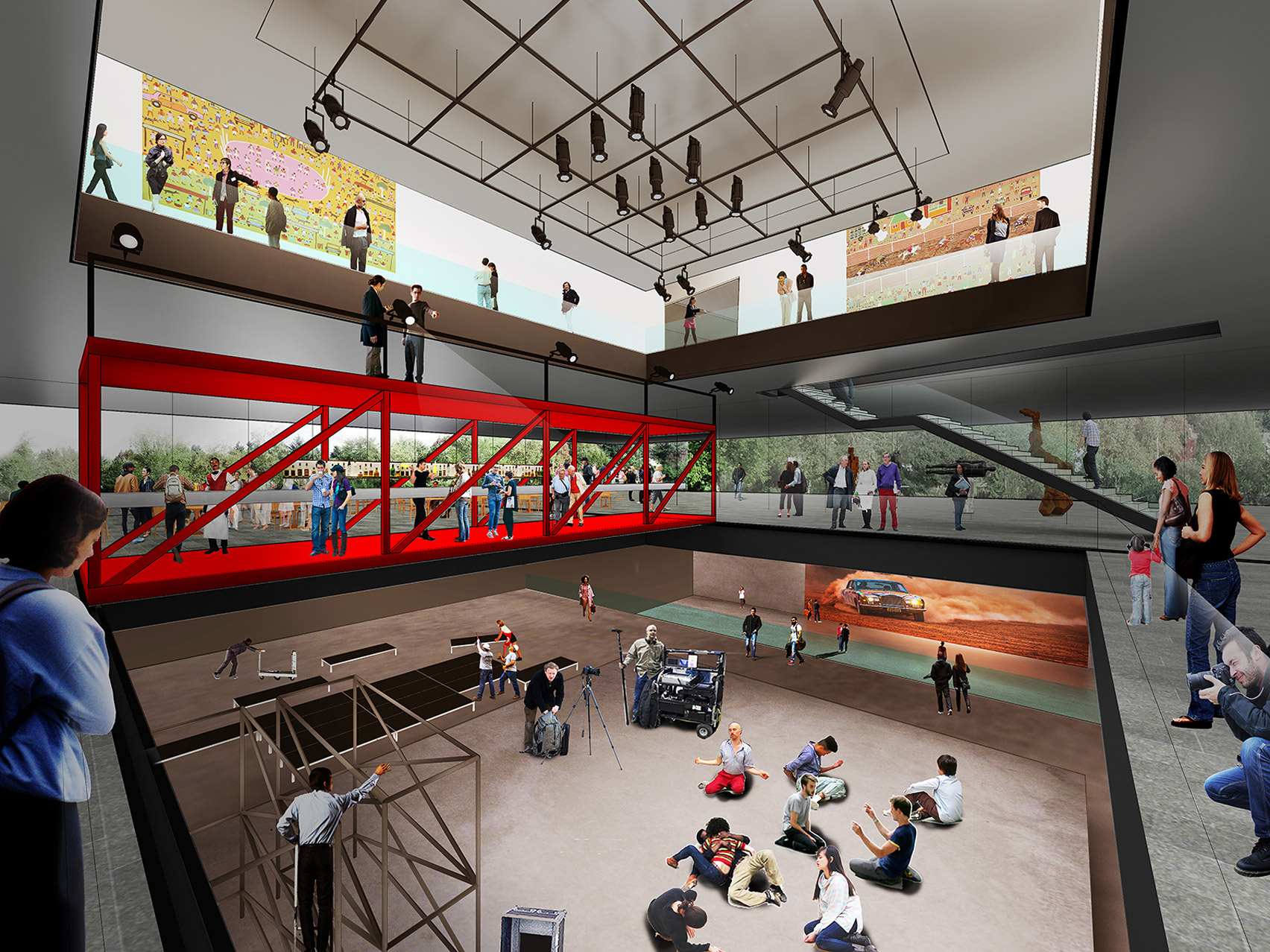 Occupying a site on North Terrace, the Adelaide Contemporary gallery will bridge the space between the former Royal Adelaide Hospital and the Botanic Gardens.

“Our approach will coalesce museum, city and gardens into a new arts centre that welcomes everyone, that provides a curatorial tool box which anticipates the future of culture,” said Charles Renfro, partner at Diller Scofidio + Renfro.

A suspended rooftop garden will be planted with species from a pre-colonised South Australian landscape and themed around the indigenous Karuna people’s word for relax, “minkunthi”. 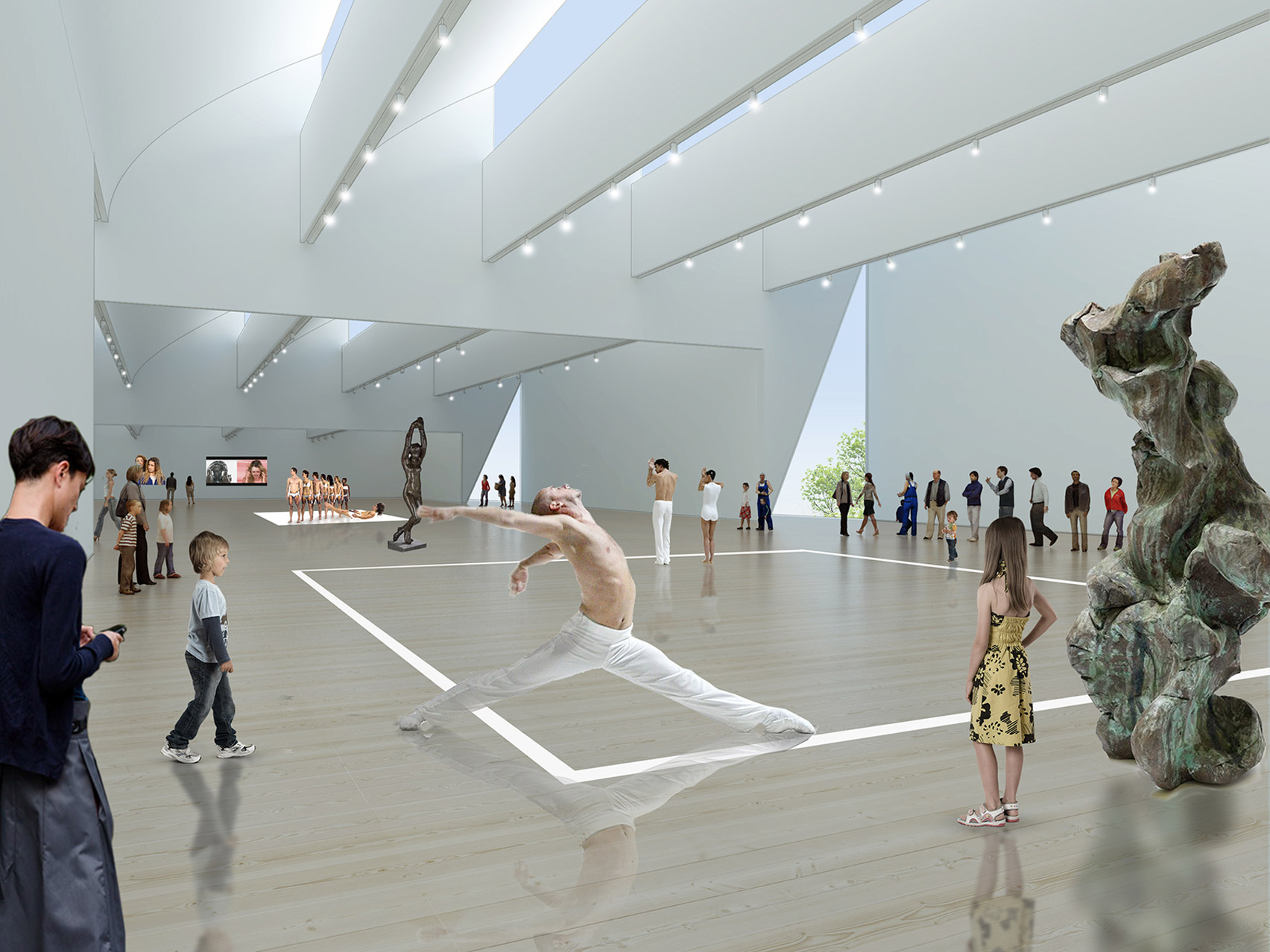 “The winning scheme is tightly-engineered, works the site hard, but is also a lot of fun,” said competition director Malcom Reading.

Jury chair Michael Lynch added that the architects’ decision to step down the building with the topography of the site was “inspired”.

This flagship gallery for the Australian city will host a collection of Aboriginal and Torres Strait Islander art, displayed alongside pieces from Europe and Asia, as well as contemporary exhibitions and art performances.

Diller Scofidio + Renfro is the architecture firm behind New York’s High Line park. One of its founding partner’s Elizabeth Diller was named the world’s most influential architect by Time magazine earlier this year.

Global architecture firm Woods Bagot has recently redesigned several of its own offices around the world, including a “gritty” New York studio featuring exposed concrete and black accents, and a timber-clad office for its Melbourne studio designed to encourage staff to socialise.