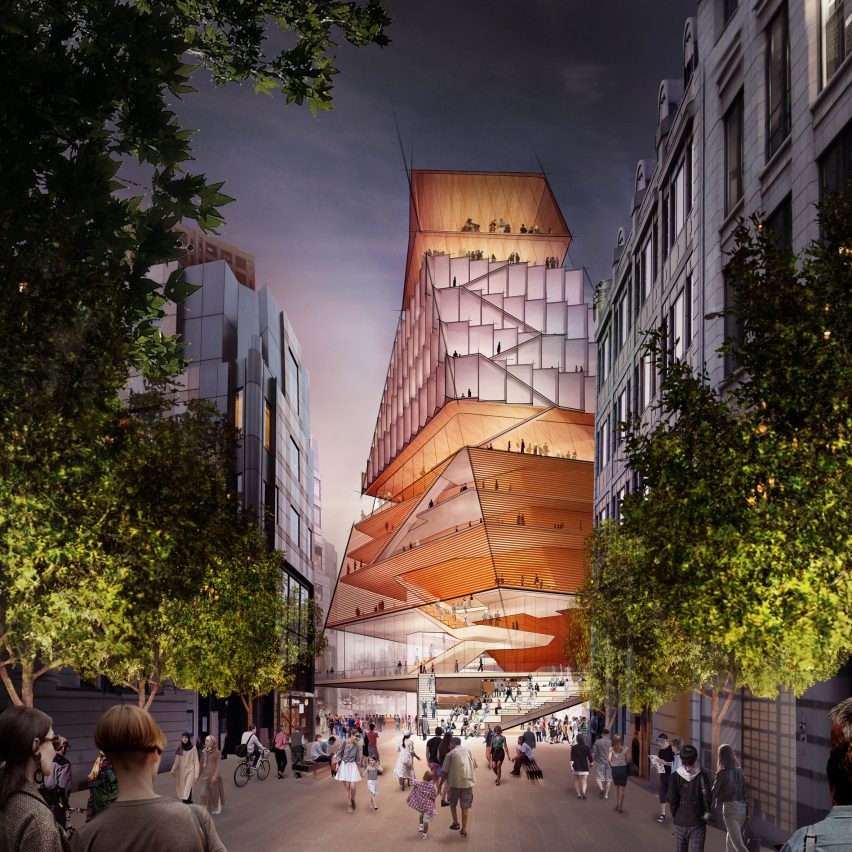 Designed by Diller Scofidio + Renfro the London Centre for Music at the Barbican will be “a concert hall for the 21st century”, within a twisted pyramid-shaped tower.

Estimated to cost £288 million, the venue for the Barbican, London Symphony Orchestra and Guildhall School of Music & Drama, will have a state-of-the-art concert hall, along with performance, education and rehearsal spaces. 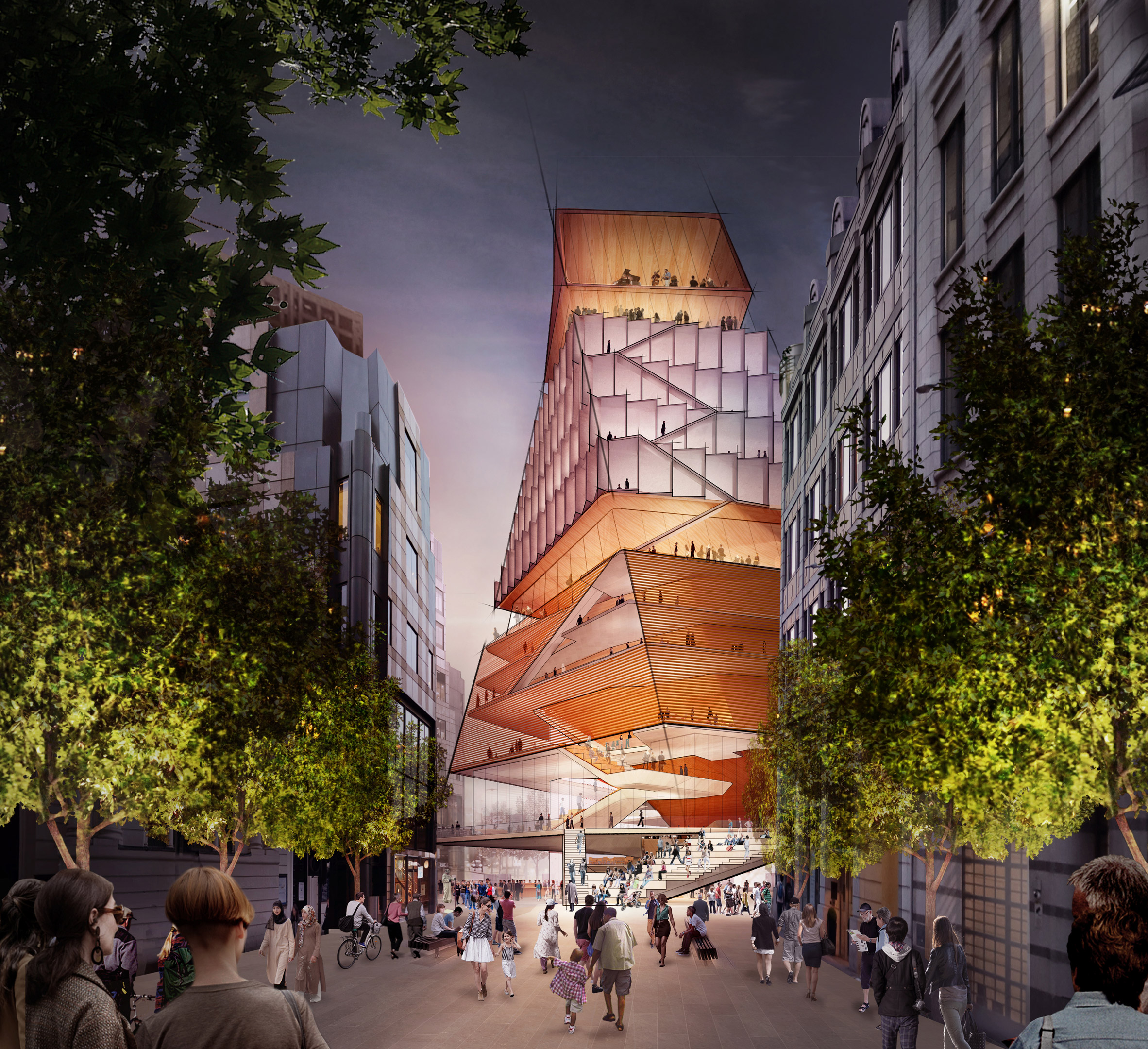 The tapering tower designed by Diller Scofidio + Renfro will be built where the Powell & Moya-designed Museum of London currently sits, on the southern edge of the Barbican Centre. The museum is moving to a new site designed by Stanton Williams and Asif Khan.

It’s one of the first major UK projects for the American architecture practice, which won a competition to design the major concert venue in 2017.

The studio is also designing a building on the Victoria & Albert museum’s V&A East site. The practice, who delivered New York’s High Line, are working on a similar project for the Greenwich Peninsula site. 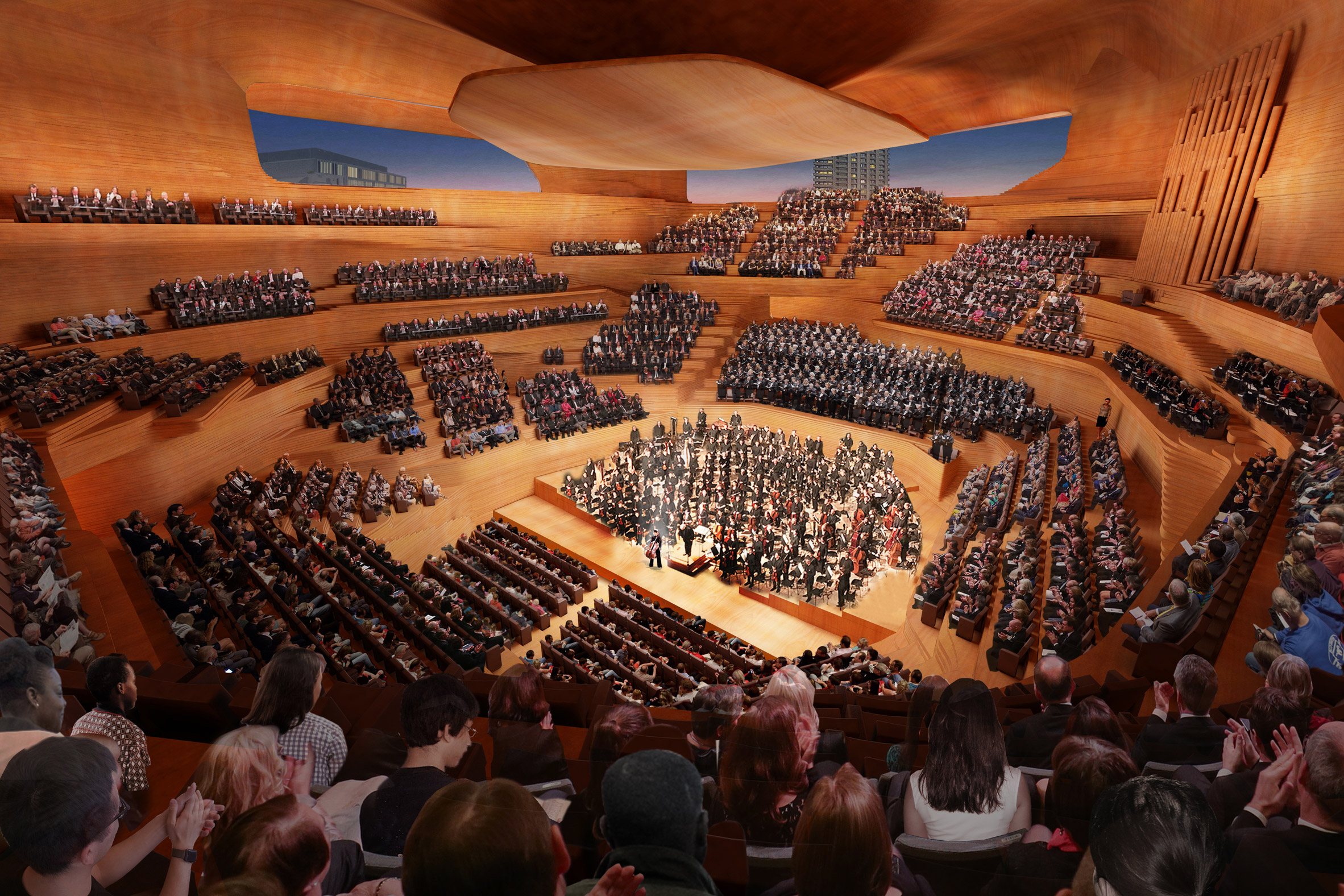 An outdoor stairway that doubles as an amphitheatre will lead up to one of the entrances and connect the venue to the Barbican highwalk network – the elevated pedestrian route that traverses the estate.

“A vital public space seamlessly connects to the foyer and extends a welcome to everyone, with or without a performance ticket,” Elizabeth Diller, founding partner of Diller Scofidio + Renfro said. Diller was recently named the world’s most influential architect by Time magazine.

“The foyer would be abuzz day and night, filled with activity and glimpses into the inner life of the Hall,” Diller added.

“We imagine a concert hall for the 21st century that embraces both a bespoke and a loose fit approach: tailored for exceptional symphonic sound, yet agile enough to accommodate creative work across disciplines and genres.” 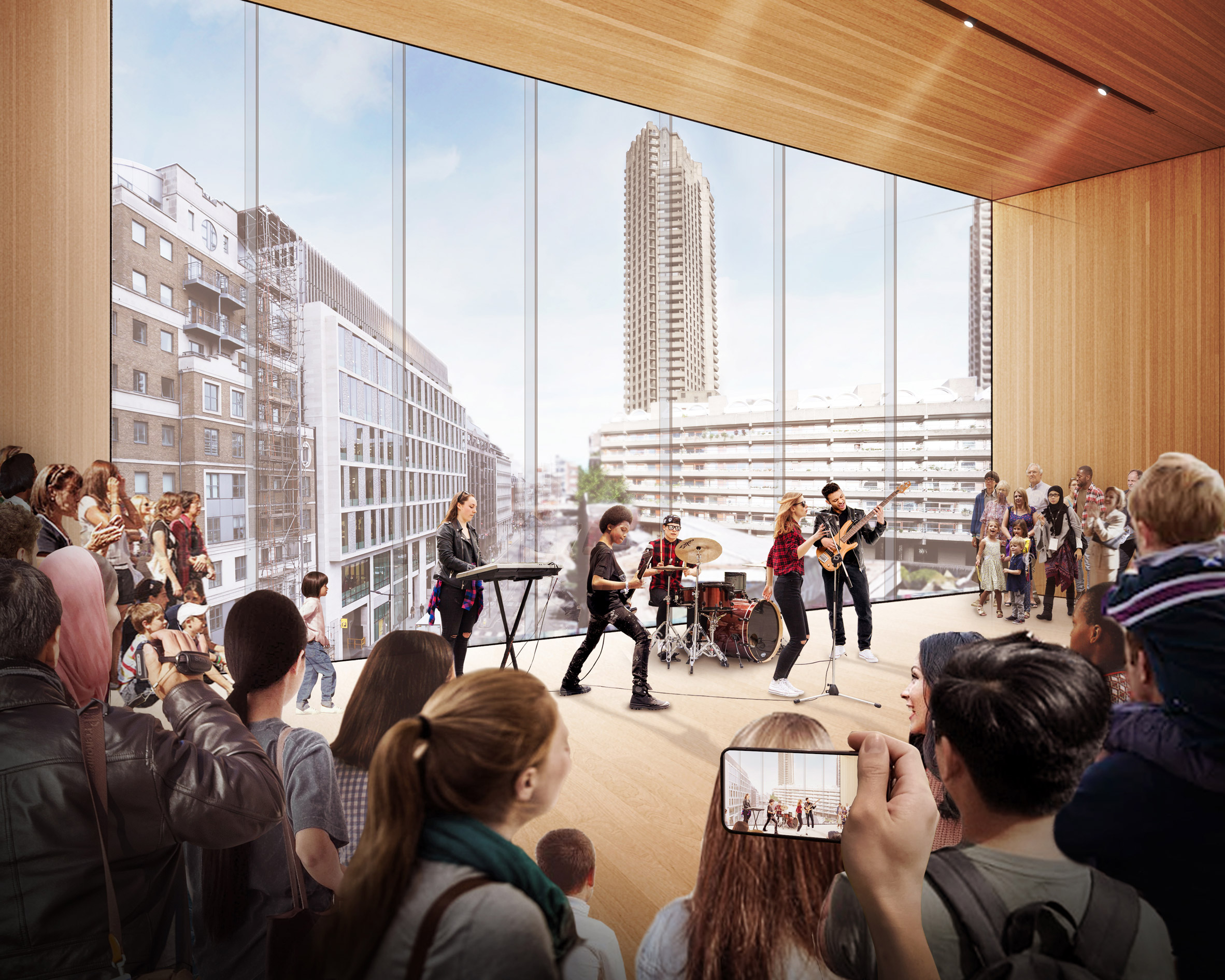 It’s location is intended to be a significant waypoint on a route through central London, dubbed the Culture Mile.

This is envisioned as starting from Tate Modern before crossing the Millennium Bridge past St Paul’s Cathedral then up past the new London Centre for Music. 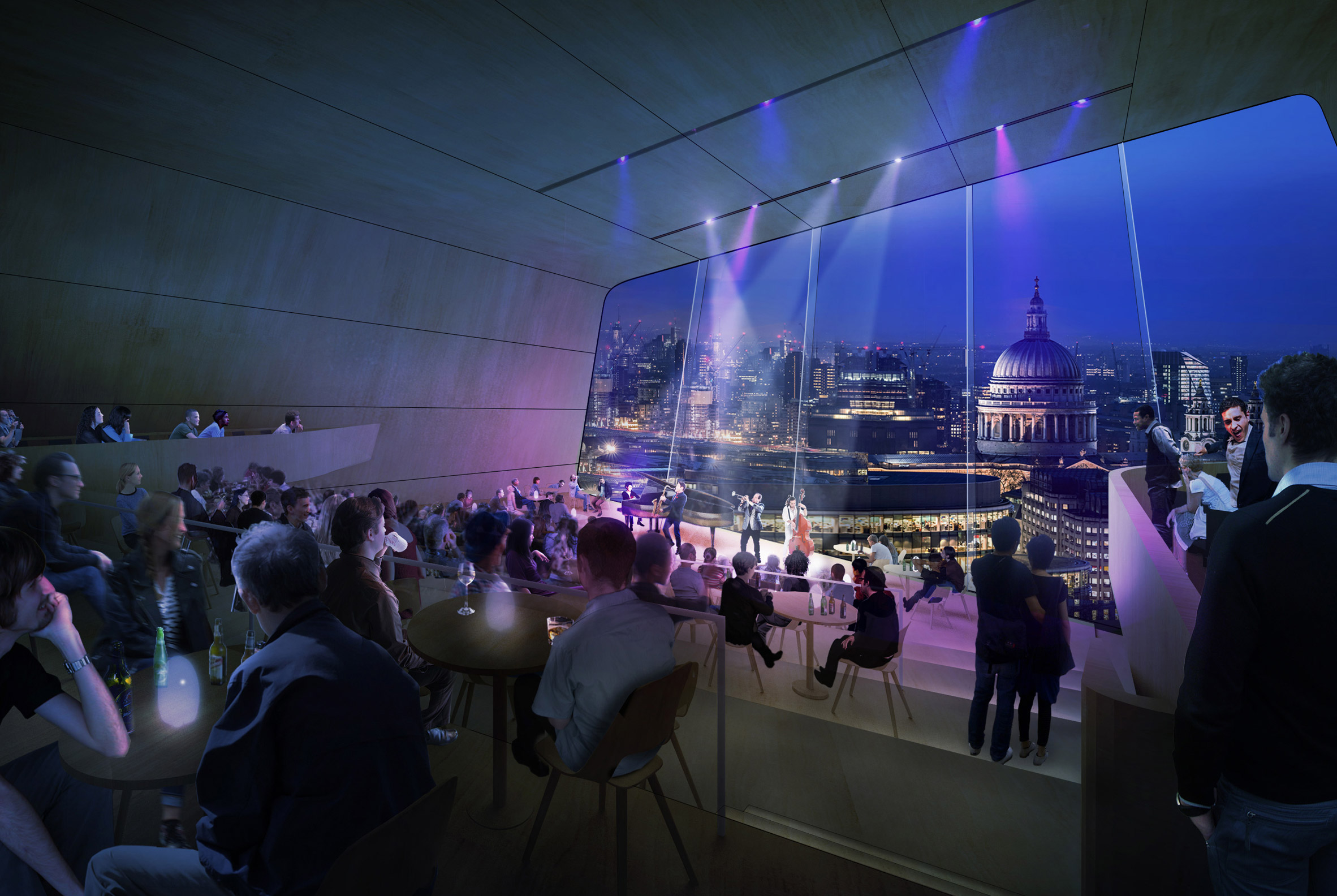 “The idea that there can be a new cultural centre in London, in Culture Mile, and that in the middle of it, a truly great international, modern concert hall of our time, equipped for everything of this age, is very exciting,” said Simon Rattle, music director of the London Symphony Orchestra and artist-in-association at the Barbican and Guildhall School.

“[It’s] A sign of London as a dynamic cultural city, at a time when we are going to need this more and more.”