London restaurant Dirty Bones took inspiration from 1970s Brooklyn for its new space in Soho, which features velvet seating, a wood-panelled bar and a toilet hidden behind a faux bookshelf. 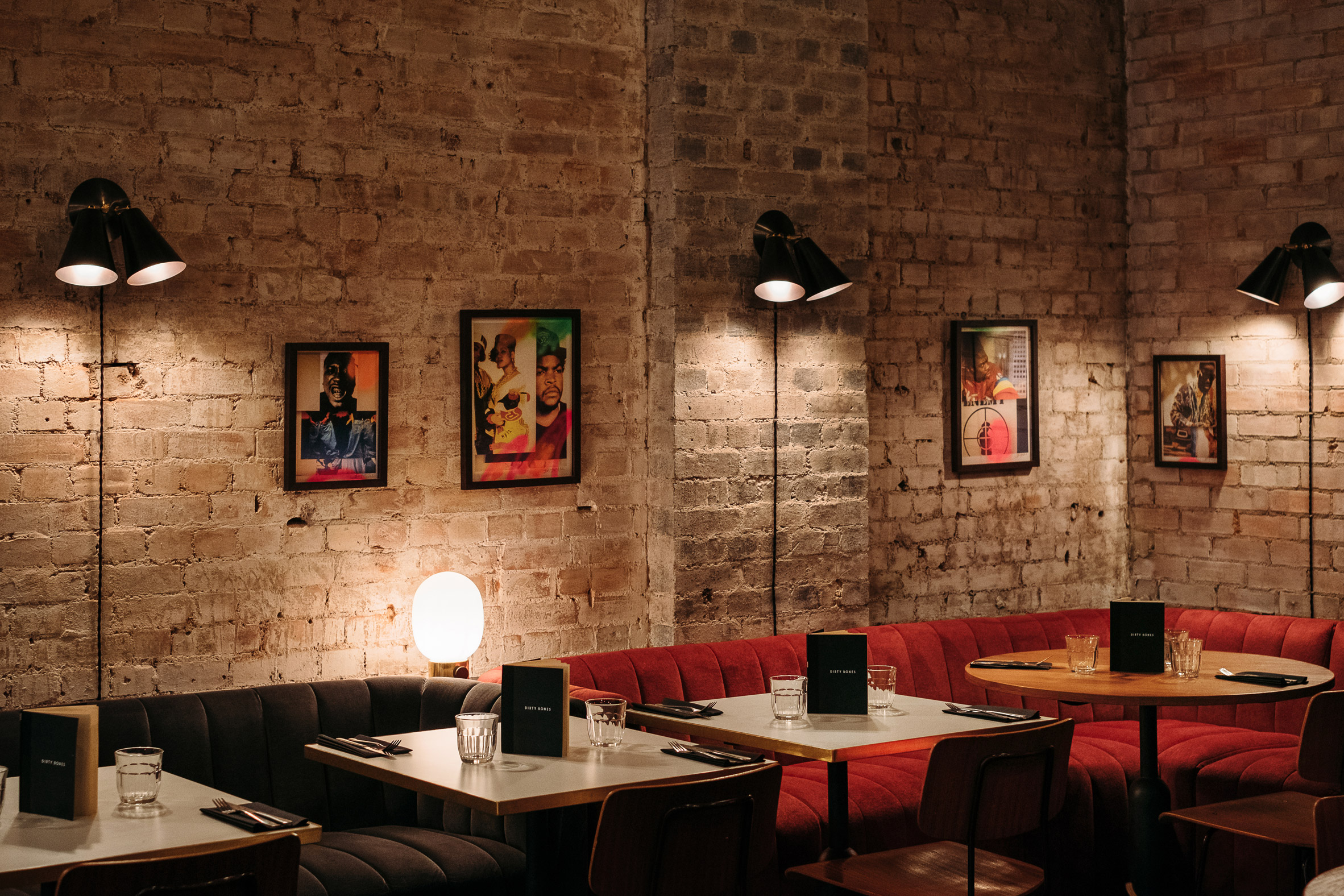 In-house designer Lotti Lorenzetti oversaw the fit-out of the restaurant, located on Denman Street. The aim was to combine the “the loft-style apartments of Brooklyn and the glamour of Studio 54”.

This resulted in a space that combines raw industrial surfaces with more luxurious materials and fabrics, as well as eclectic artworks and moody lighting. 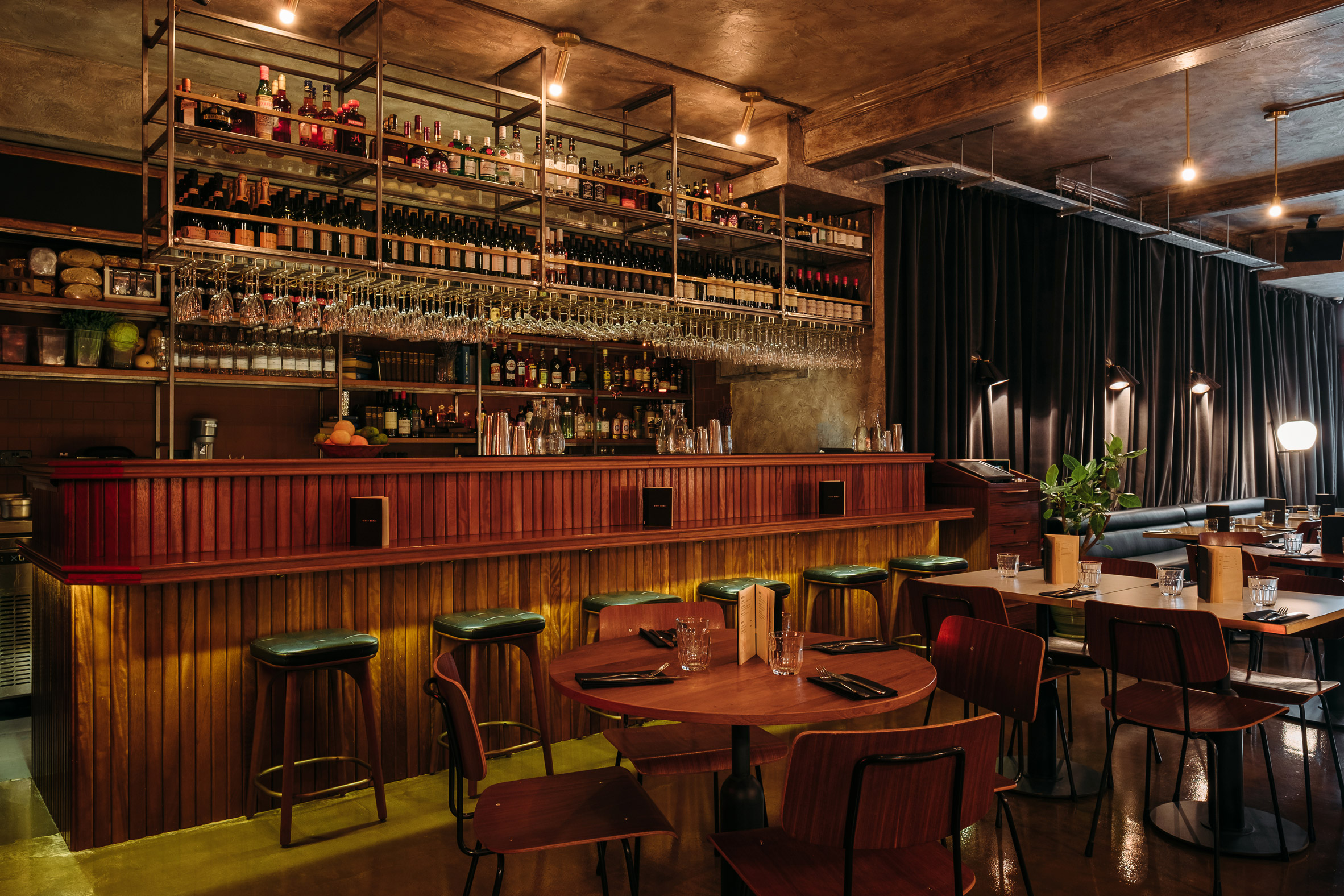 “The main aim was to try to create a space where people would feel comfortable, familiar and have the feeling if spending time at someone’s small house party,” she told Dezeen.

“The main inspiration came from a Brooklyn artist’s space in the 70s – somewhere with a lot of atmosphere, which thrives on the musical and cultural influences of the time.” 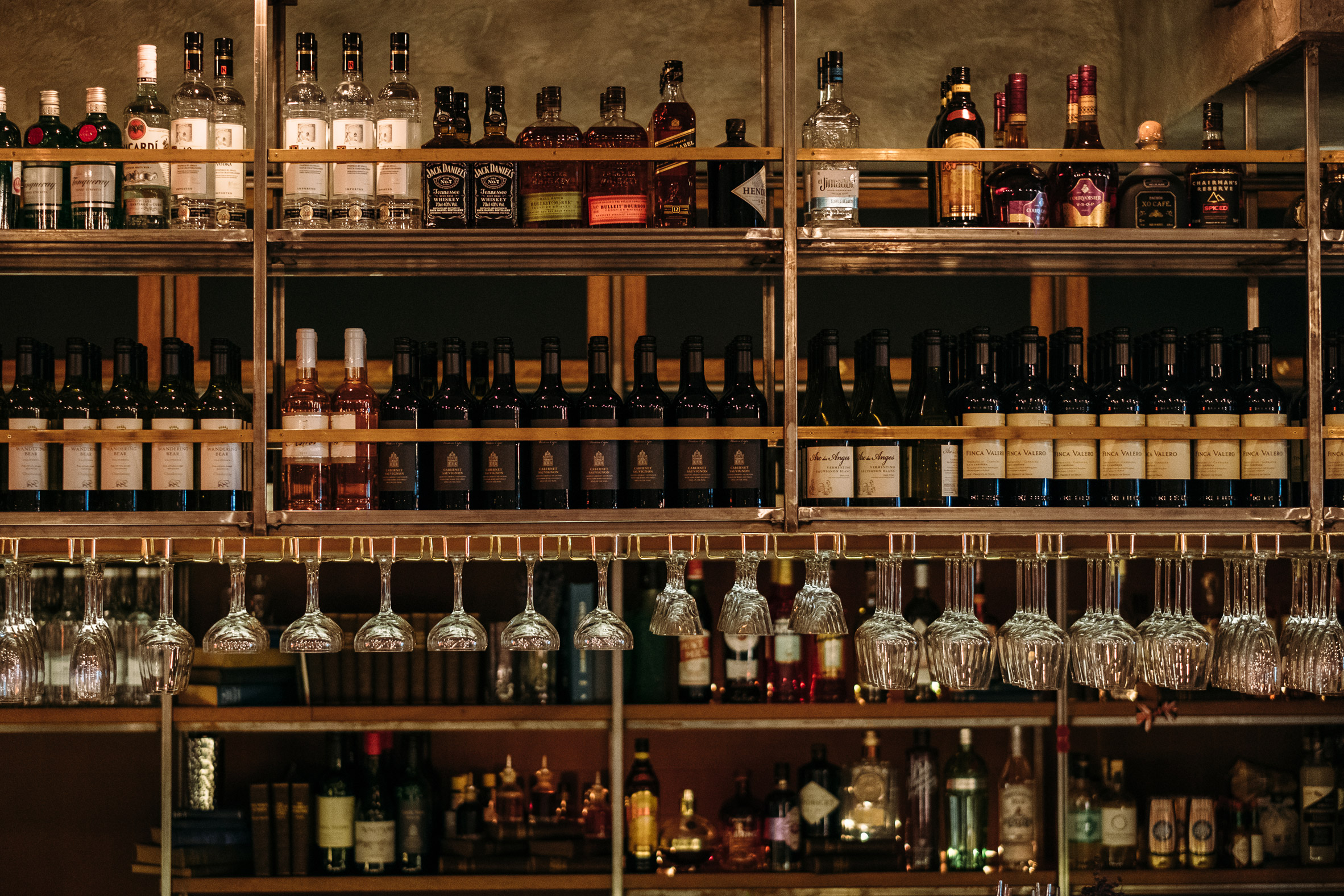 The space accommodates seating for 60 across a variety of different seating areas, each with slightly different characteristics.

Velvet banquet seating lines a wall of exposed brick, and small tables with classroom-style chairs run down the middle of the space. Green leather-upholstered stools front the bar, while the window seats feature patterned fabric from House of Hackney. 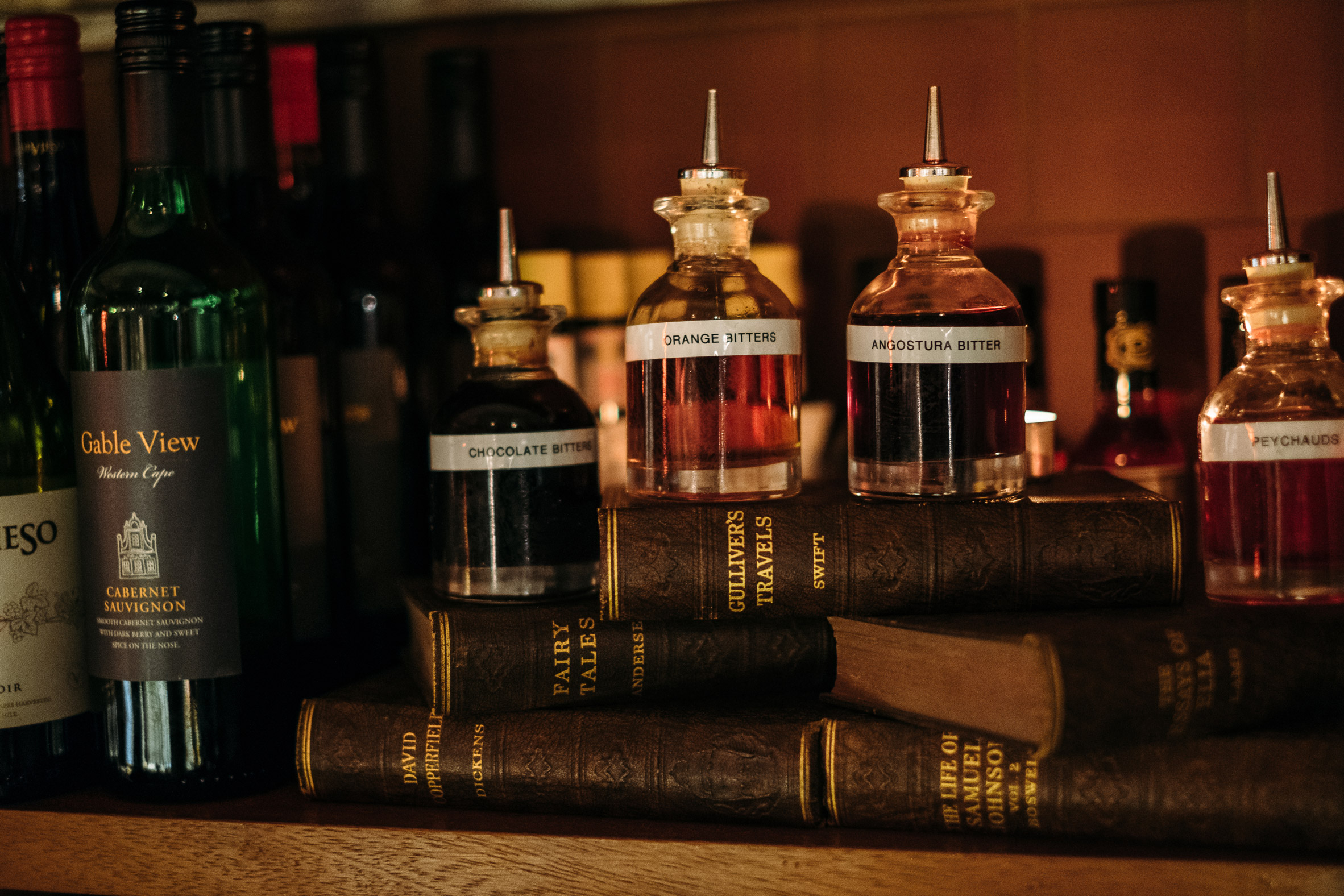 “The Denman Street space is a small space, so it was important to me to create different areas for people to experience – the diversity of upholstered soft seating offers lounge, dining and working arrangements,” said Lorenzetti.

“The patterned window seats add a soft, fun and more feminine touch, and create a teasing invite for people from the street.” The bar is located towards the rear of the space. Very traditional, its frontage is covered in wood panels, while glasses hang down from a metal framework above.

Nearby, a large bookshelf contains an assortment of objects, from golden pineapples to an old television set and a coffee machine. A neon sign makes a focal point, while what looks like a wall of book is actually a door leading to the toilets. Other details include a black curtain that covers an entire wall, large plants, and works by east London artist Danny Augustine. 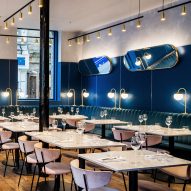 The post Dirty Bones restaurant in London’s Soho aims to recreate the glamour of Studio 54 appeared first on Dezeen.