Portuguese architect Eduardo Souto de Moura and Belgian practice Meta have unveiled plans for an exhibition hall and conference centre in Bruges, which can be opened up to a public square.

Souto de Moura and Meta‘s 4,480 square-metre hall will serve as a space for trade fairs, concerts, and other events. 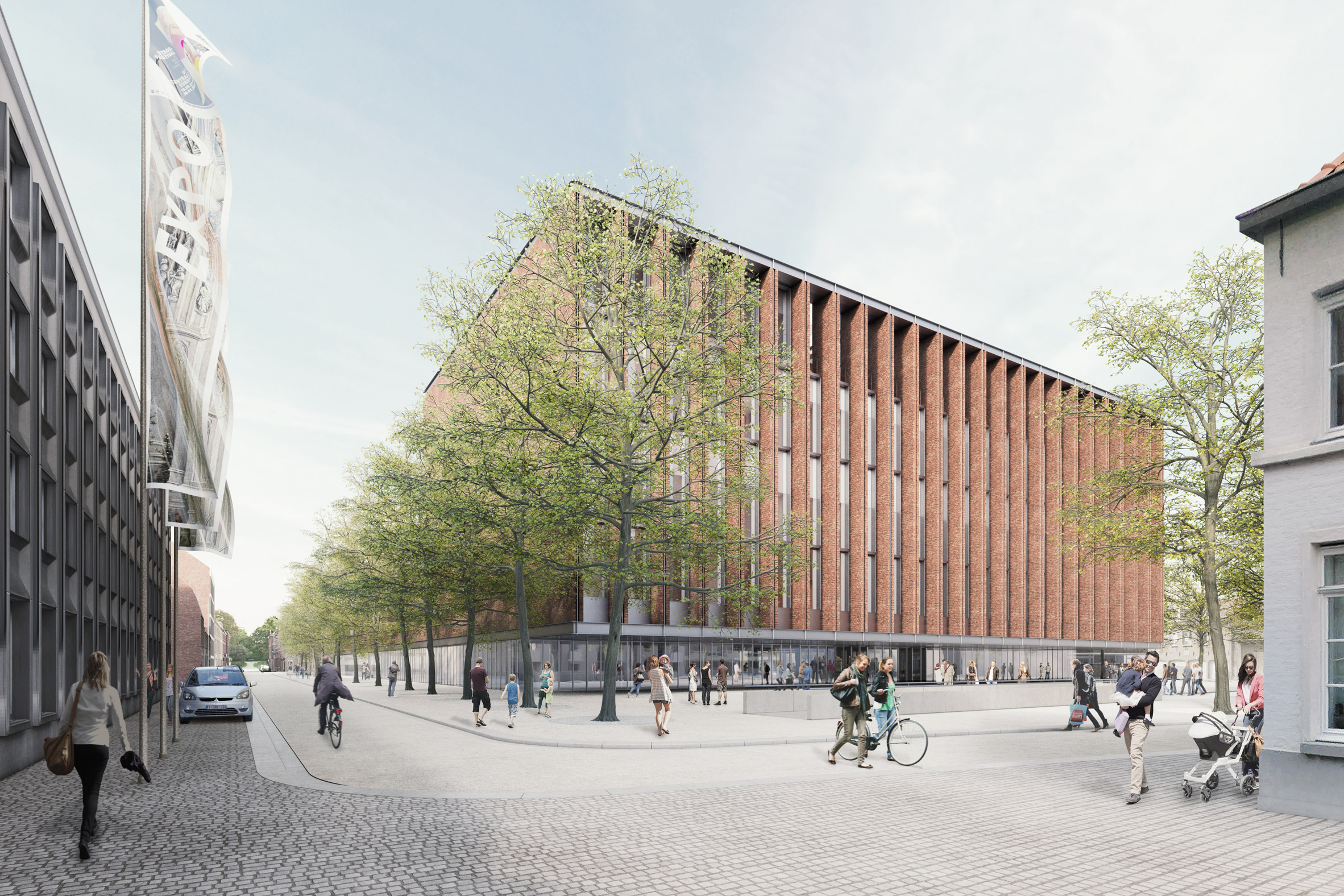 The Beursplein & Congresgebouw building will occupy the site of a recently demolished exhibition hall that was built in  Bruges as a temporary structure more than 50 years ago.

The project will also see the addition of a conference centre alongside the exhibition hall, which is designed to cater for the influx of delegates and business travellers that the city receives during the week. 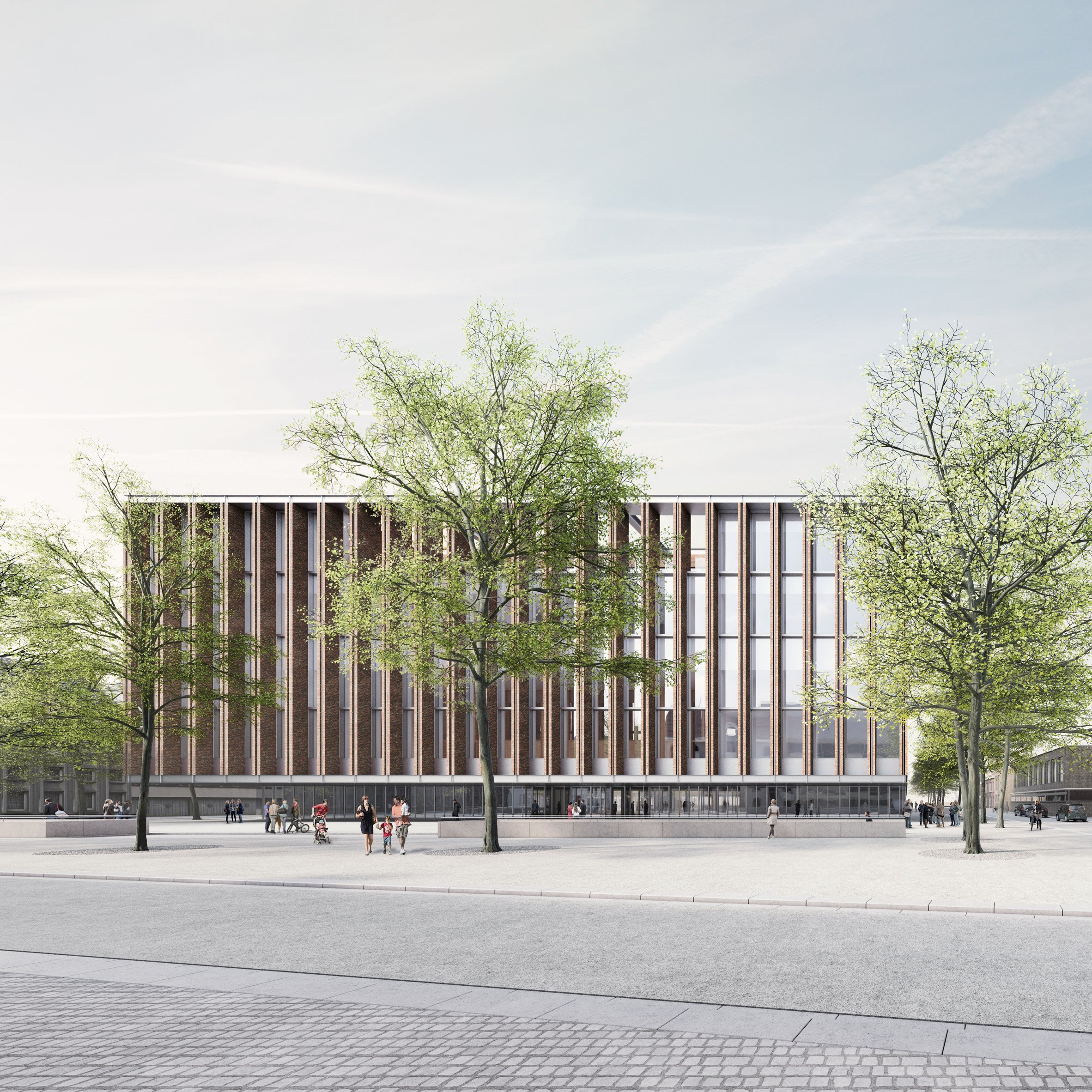 “This urban renewal project delivers a building that is both neighbourhood-orientated and urban, which will be a pleasure to use, and bring a new dynamic to the district and wider city,” said Meta in a statement.

The entire hall will rest upon a transparent plinth made from metal-framed panels of glass – when the venue isn’t in use these can be slid back to form a covered public square. 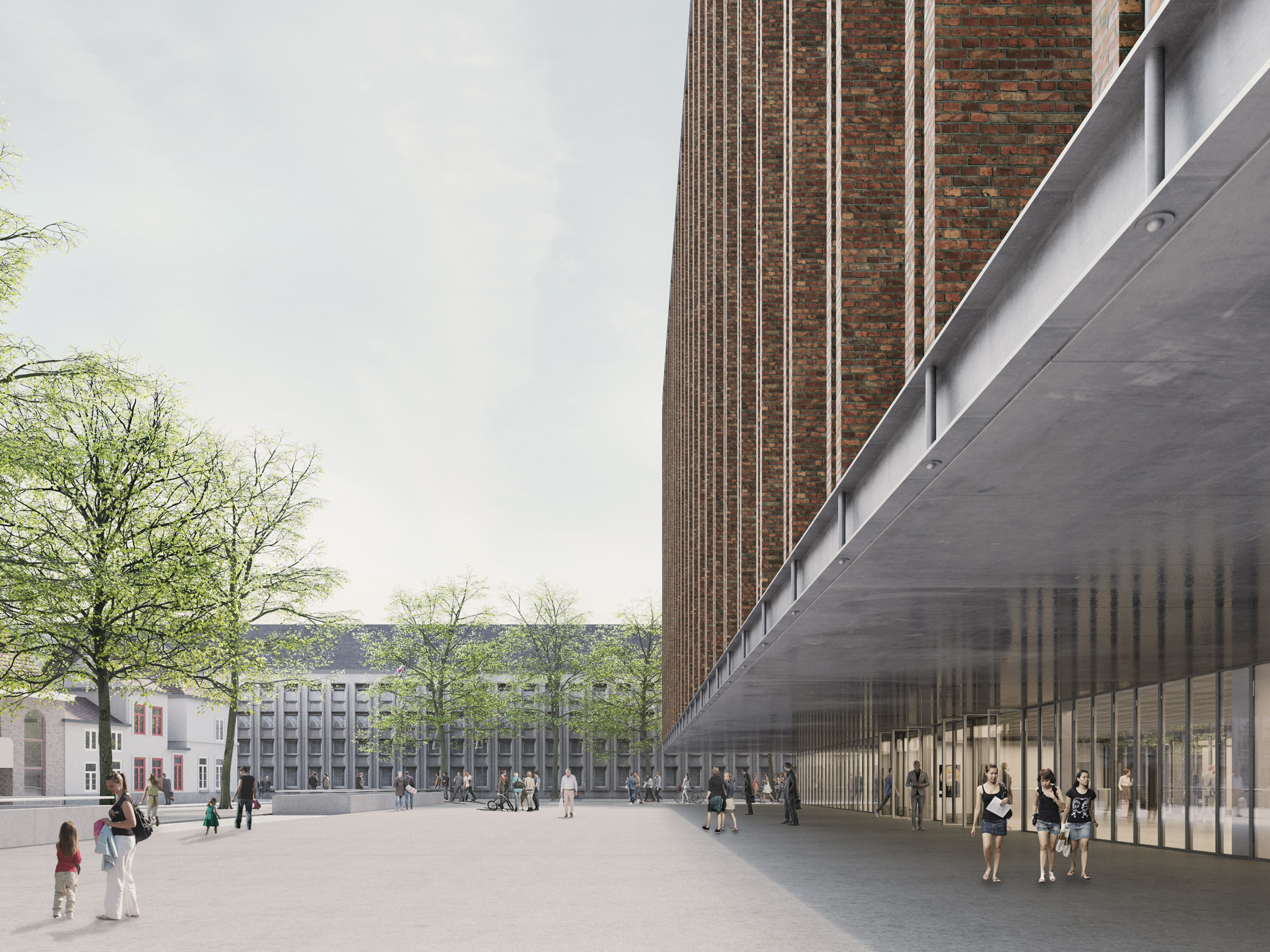 Recycled brick lamellas will also feature on the building’s front elevation, partially obscured by a line of mature beech trees that the architects will work to preserve throughout the build.

As well as an auditorium, dining area, and reconfigurable meeting rooms, the building will also play host to a terrace that provides elevated views over the Bruges skyline. 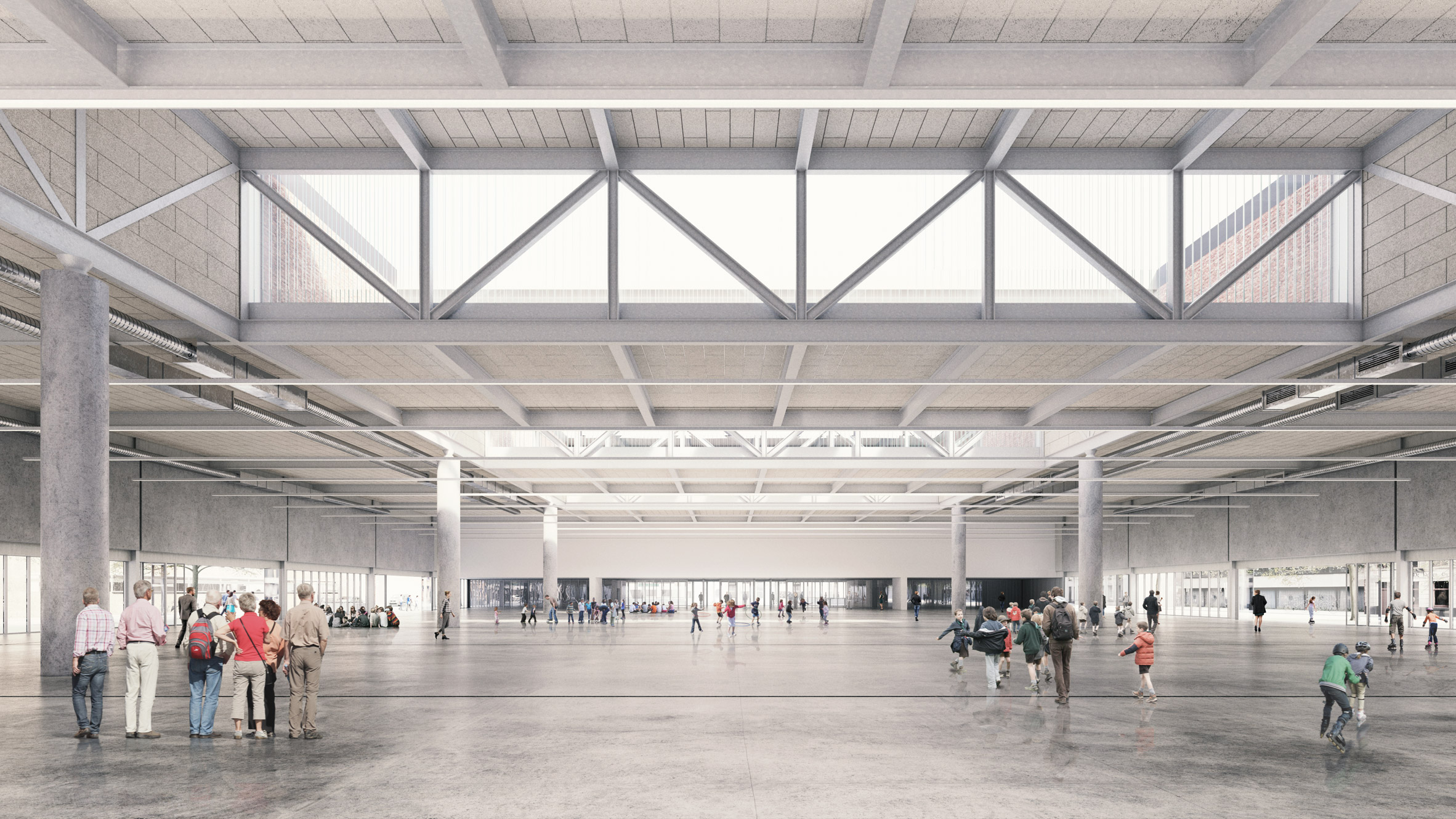 In May of this year Eduardo Souto de Moura was awarded the Golden Lion at the Venice Architecture Biennale – his winning project, titled Vo De Jour, comprised of two aerial photographs that revealed subtle changes the architect had made to the São Lourenço do Barrocal estate in Portugal.