A subterranean museum below architect Eero Saarinen‘s iconic arch in St Louis has been renovated and expanded by three architecture firms, as part of an effort to rejuvenate the area around the monument. 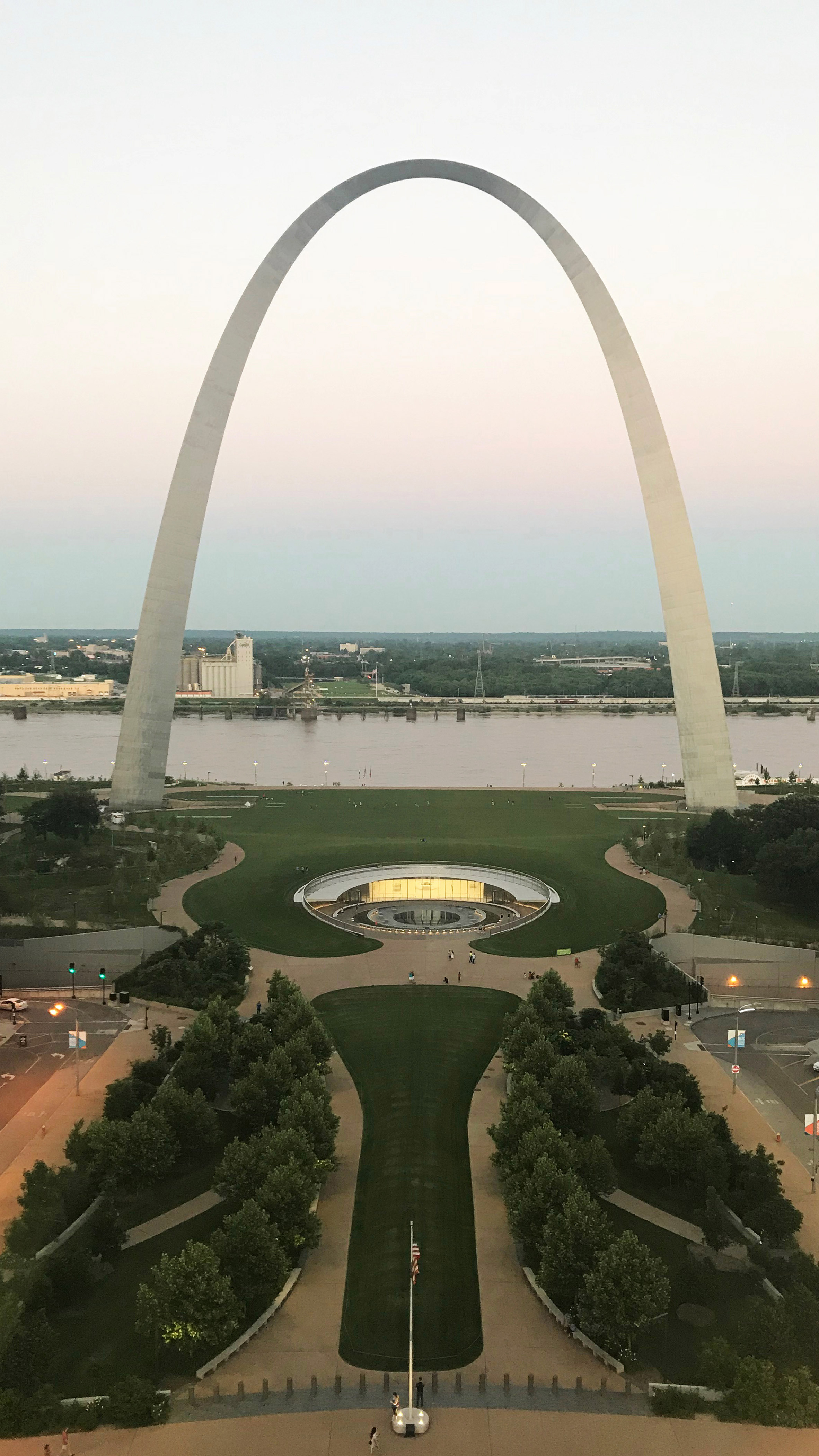 The museum now features a new glazed curved entrance, along with an impressive addition of exhibition space under a grassy knoll.

“The new circular stainless steel and glass entrance refers to the arch in its materiality and form,” said Cooper Robertson.

The original space was part of Finnish-American architect Eero Saarinen’s plan for the site, which opened in 1967. It sits below his monumental, stainless steel arch that soars 630 feet (192 metres) into the sky on the bank of the Mississippi River. 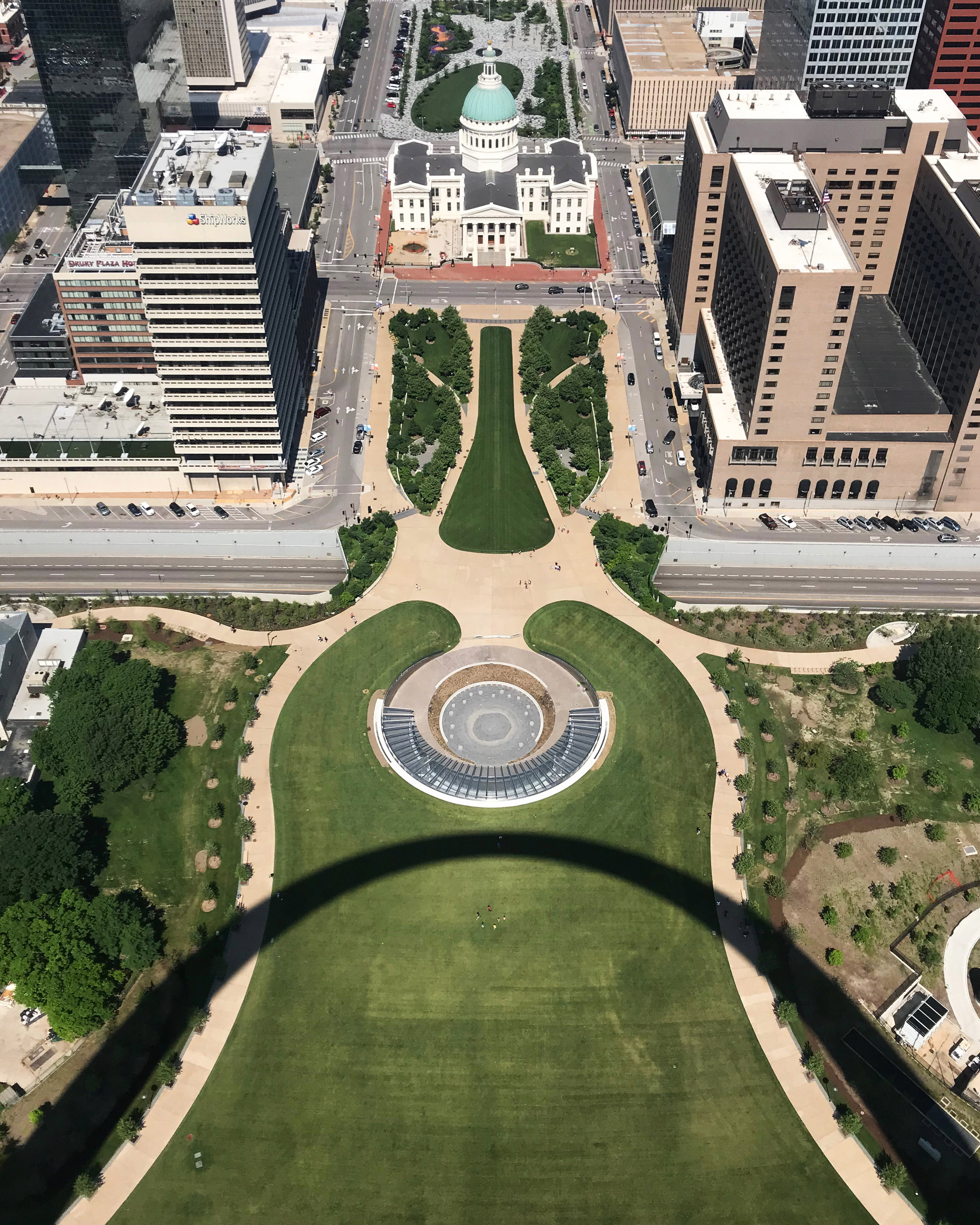 Saarinen designed the Gateway Arch in accordance with the following brief: that the monument should act as a memorial to Thomas Jefferson (who advocated for Western expansion); that it should relate to the preservation of the site of Old St Louis with landscaping; and that the project should incorporate a museum about the migration movement of the American Frontier.

By 1800, the western frontier reached St Louis, Missouri, and the city became a famous gateway for travelling westward. The museum provides information about this key period in the history of the United States, and its exhibitions have been enhanced thanks to the renovation project. 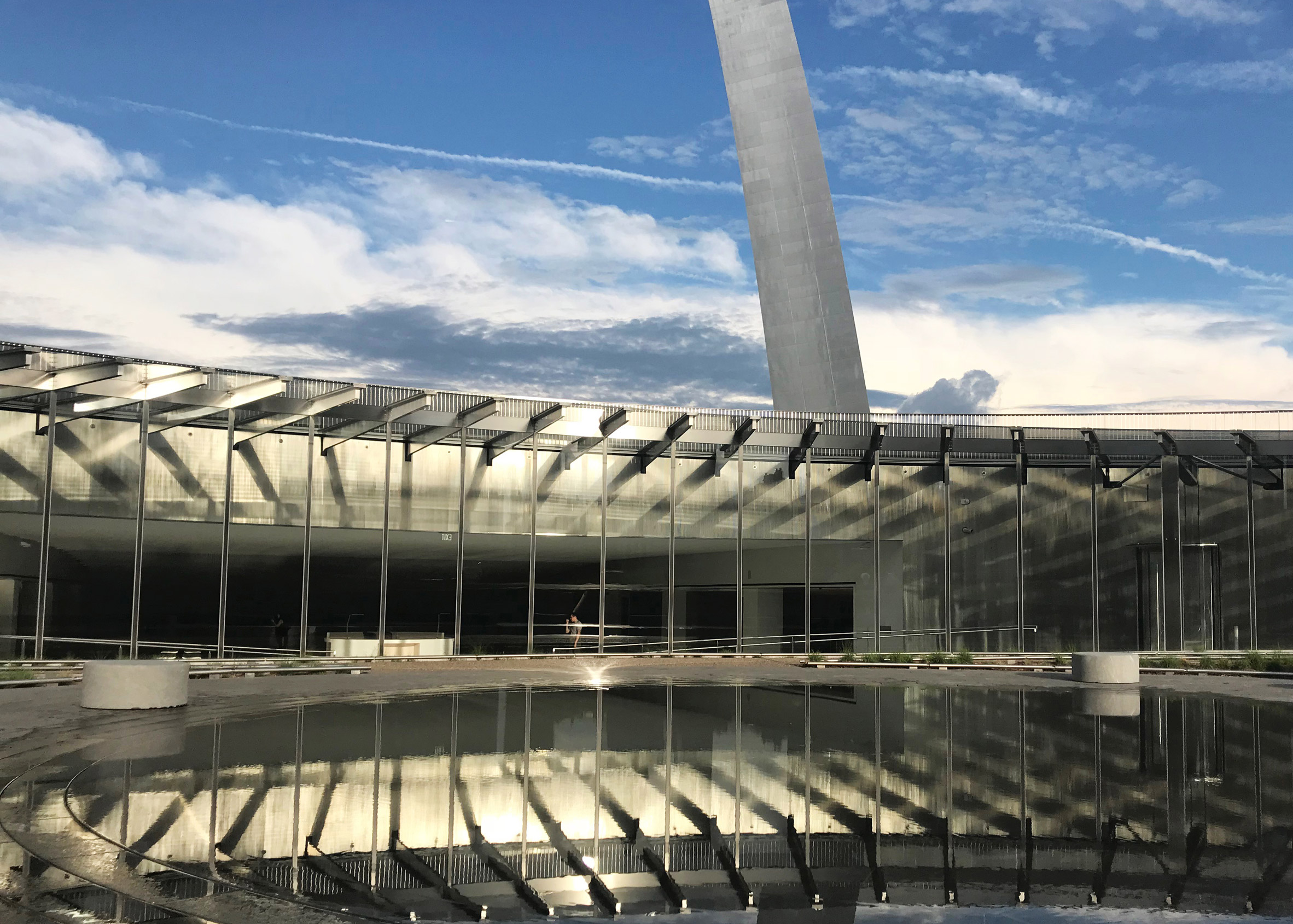 “The design of the expanded Gateway Arch Museum presents a richer story of how the United States came to be and connects that new narrative to the arch,” said lead architect Scott Newman.

The new Gateway Arch Museum occupies the renovated underground space occupied by the original museum, with an expansion to the west and a new glazed entrance facing the Old Courthouse – the site of the landmark 1857 trial of slave Dred Scott.

The majority of the museum was gutted and reconfigured. The extension now contains more gallery space, public education facilities, and offices. 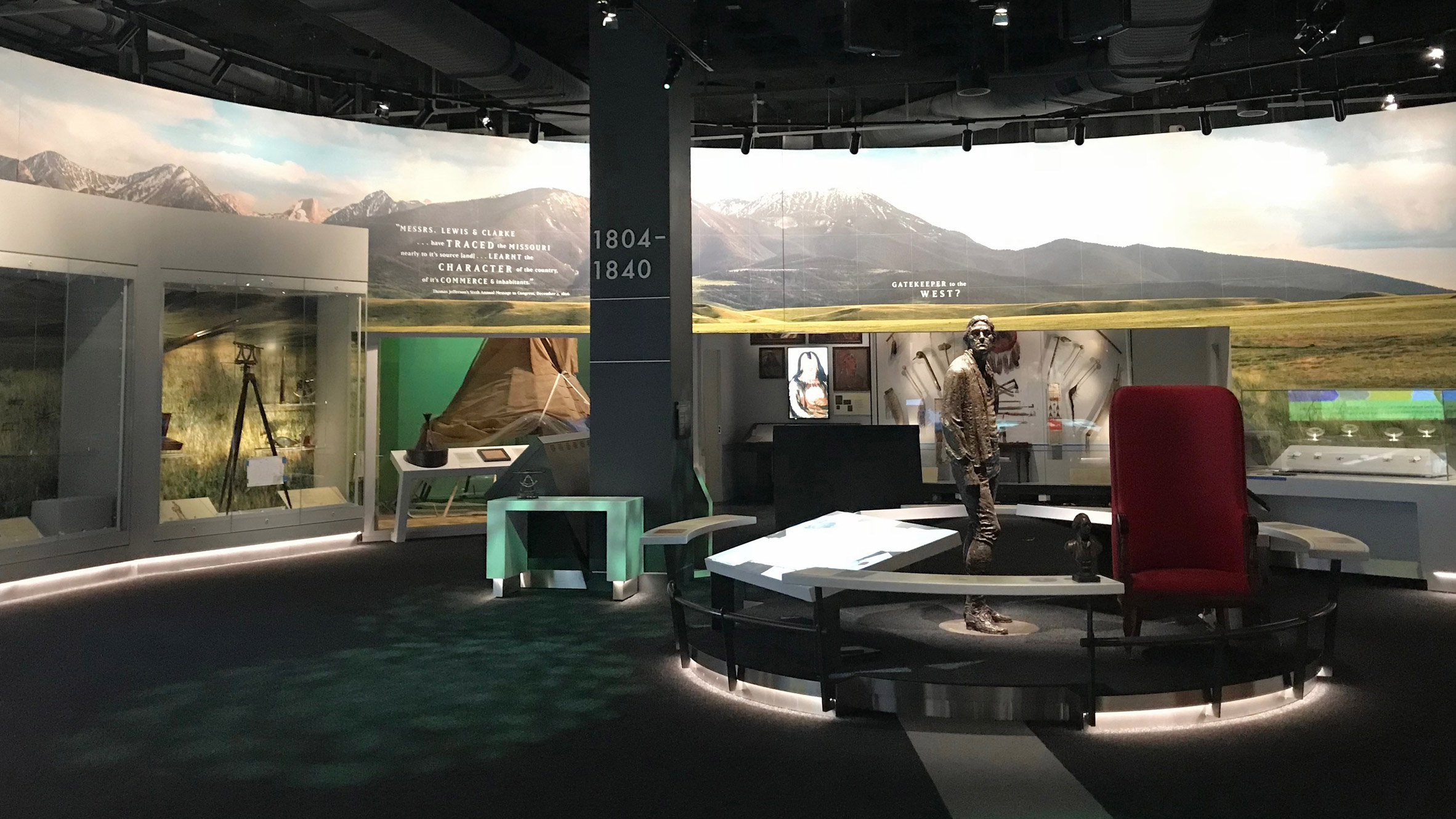 It sits under a grassy mound that serves as the roof of the museum, with landscape work completed by New York firm Michael Van Valkenburgh Associates (MVVA). The firm won an international design competition to enhance the riverfront park and pedestrian access around Memorial Drive.

MVVA’s landscaping links the arch site to the Old Courthouse and Downtown St Louis, which was previously cut off by Interstate 70. The park bridges the highway and offers improved access to the refurbished museum. 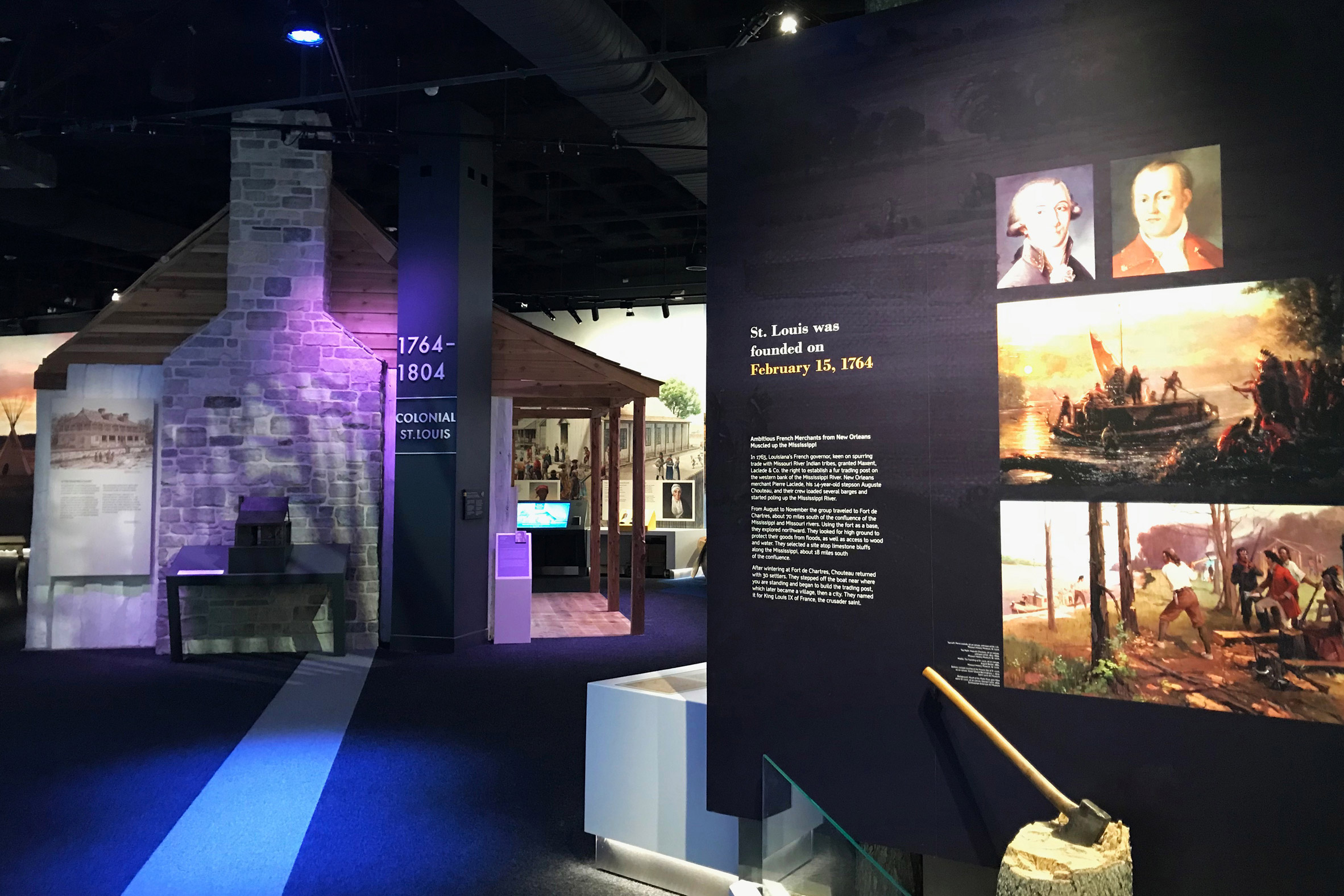 Museum exhibits were designed by Haley Sharpe Design, with a new emphasis placed on the perspectives of women and indigenous American peoples in developing the Western Frontier, paired with stories from pioneers and European settlers.

“With its focus on the visitor experience, and its contemporary exploration of historical themes that resonate today, like migration, the museum design respects the spirit of Eero Saarinen’s monument while amplifying its relevance,” said Cooper Robertson.

Photography is by Cooper Robertson.