With the news that Manuelle Gautrand has become the first female laureate of the European Prize for Architecture, here’s a look at eight key projects by the French architect, including an exhibition centre divided into 13 orange-hued blocks and a housing complex with “happy” moon-shaped windows.

Born in Marseille in 1961, Gautrand gained her architecture education in Montpellier at The École Nationale Supérieure d’Architecture. She founded her eponymous firm Manuelle Gautrand Architecture in Lyons in 1991, but relocated to Paris in 1994.

She was named as the 2017 winner of the European Prize for Architecture last week, becoming the first French architect and the first woman to be given the prestigious accolade, which has been called the “highest award” for European architects.

Her impressive portfolio, lauded for its “boldness and non-conformity”, includes a range of ambitious projects in her home country, including office complexes, housing blocks and cultural centres.

Read on for eight top projects from her career so far: 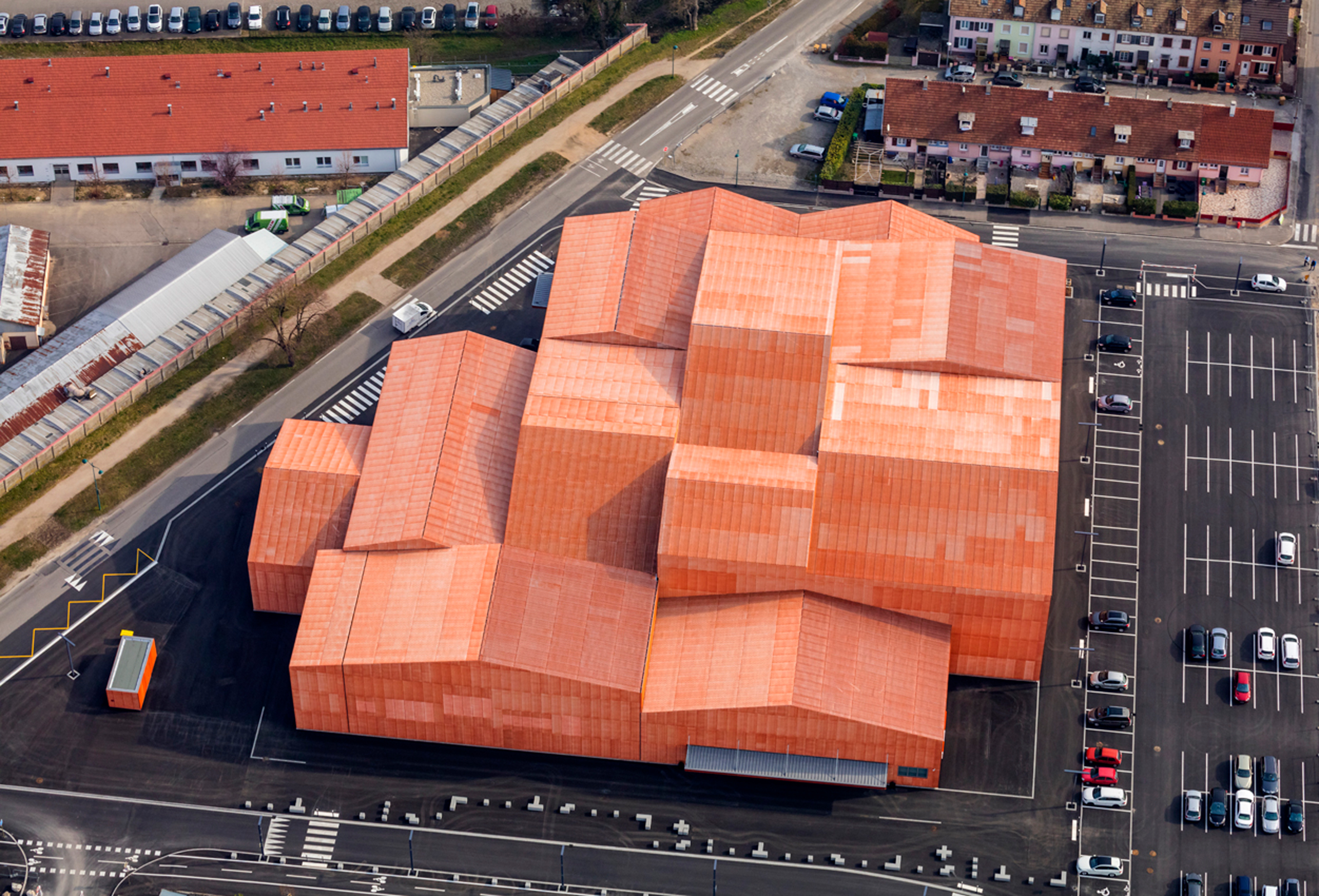 Thirteen gabled blocks clad in orange-hued, perforated metal cladding are clustered together to make up this sports, exhibitions and cultural events centre in Saint-Louis. The aim was to break up the size of the building, while the pitched roofs reference neighbouring properties. 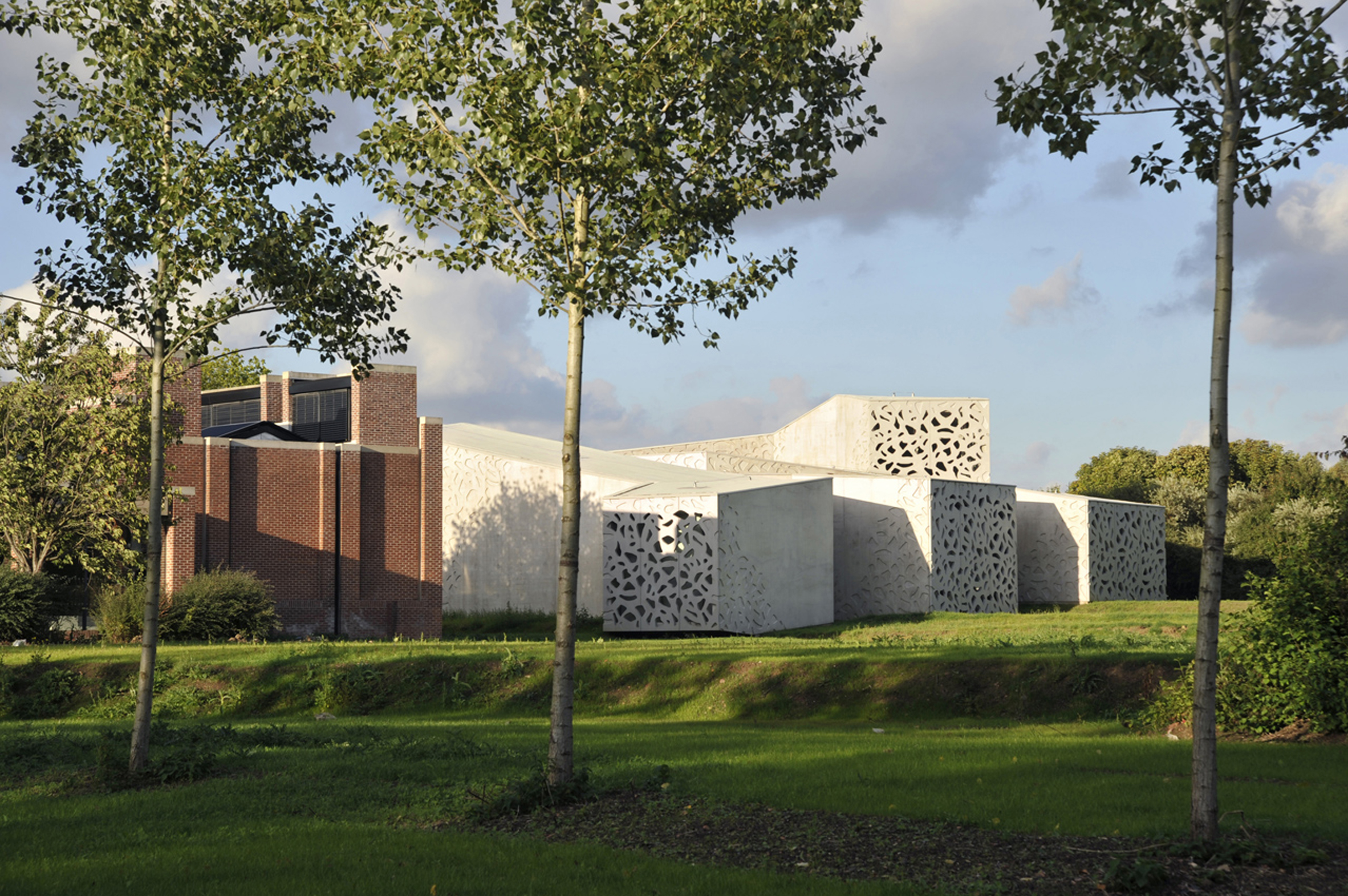 Gautrand added five volumes punctured with irregular openings to the existing Modern and Outsider Art Museum, which was built in a park at commune Villeneuve d’scq in 1983. Galleries for European art brut are set within the extension, with the small openings providing restricted amounts of light. 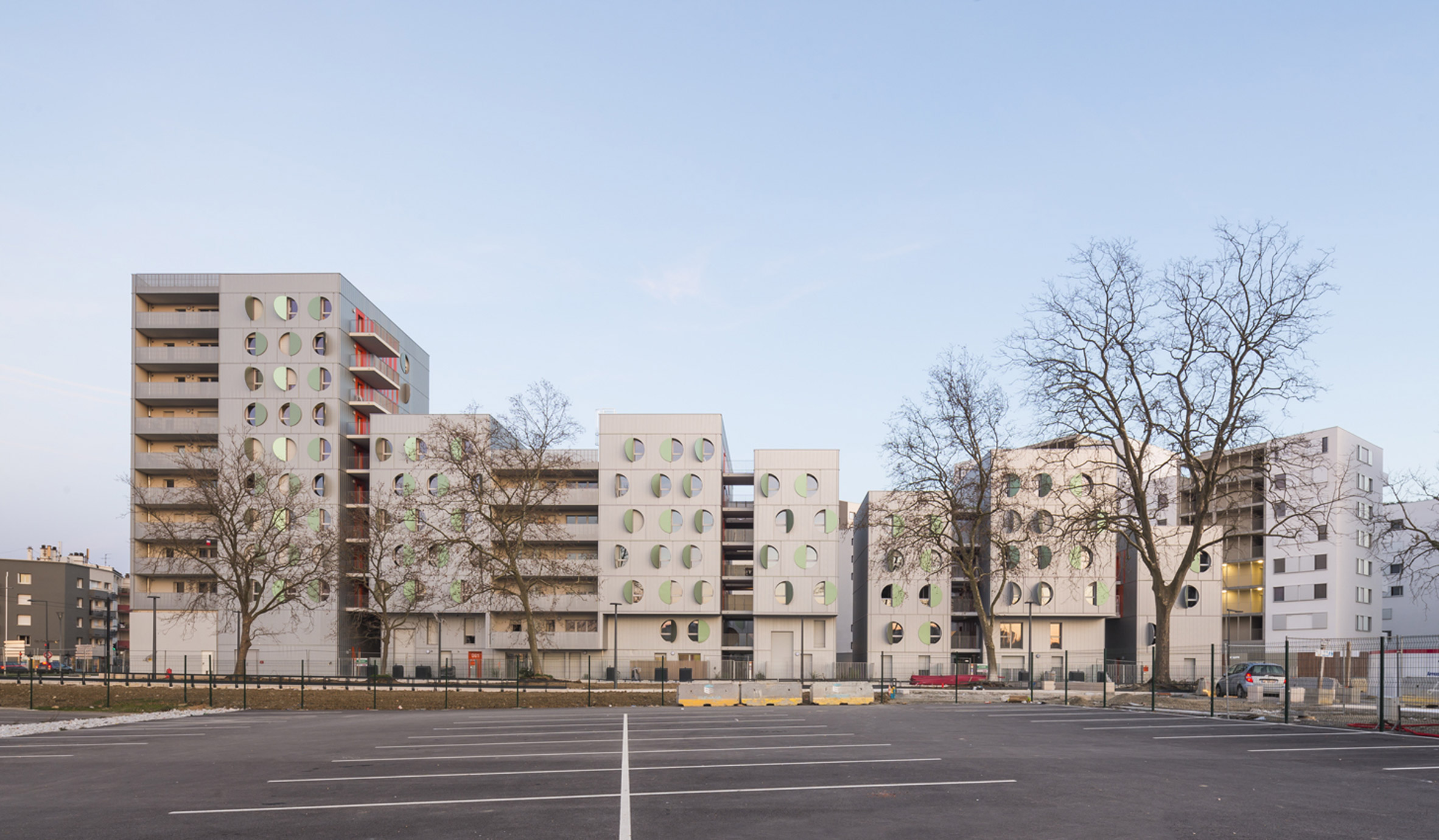 Located in Toulouse’s Cartoucherie neighbourhood, the metal-clad Swing housing is made up of 21 blocks of different sizes connected by terraces. Gautrand added a series of “happy details” to the scheme, including half-moon-shaped windows and green shutters. 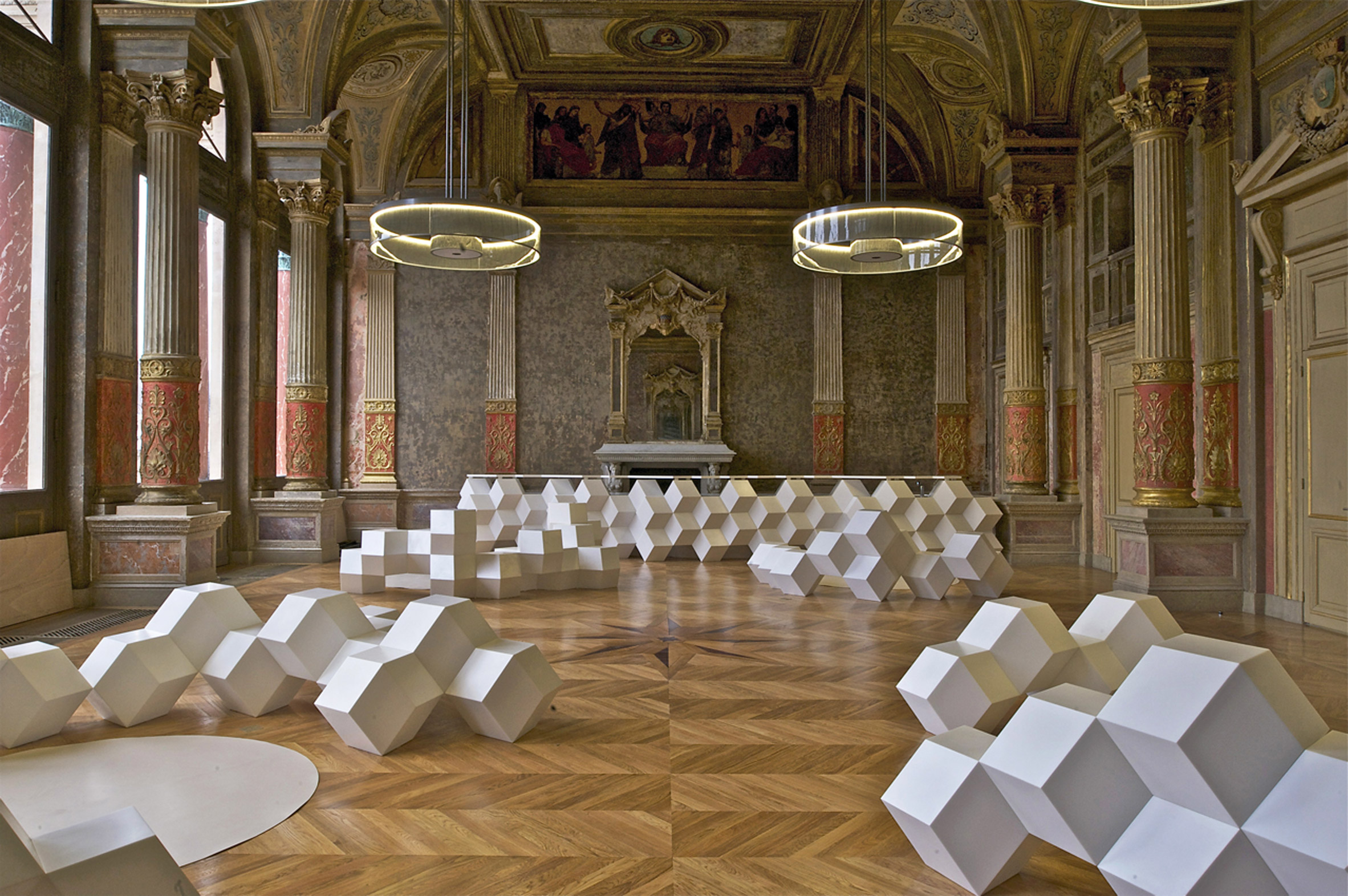 Gautrand overhauled the Théâtre de la Gaîté, which was built in Paris’s third arrondissement in 1982, to create a digital arts and contemporary music centre. Existing features were restored, while parts of the interiors were rebuilt and filled with unusual furniture. 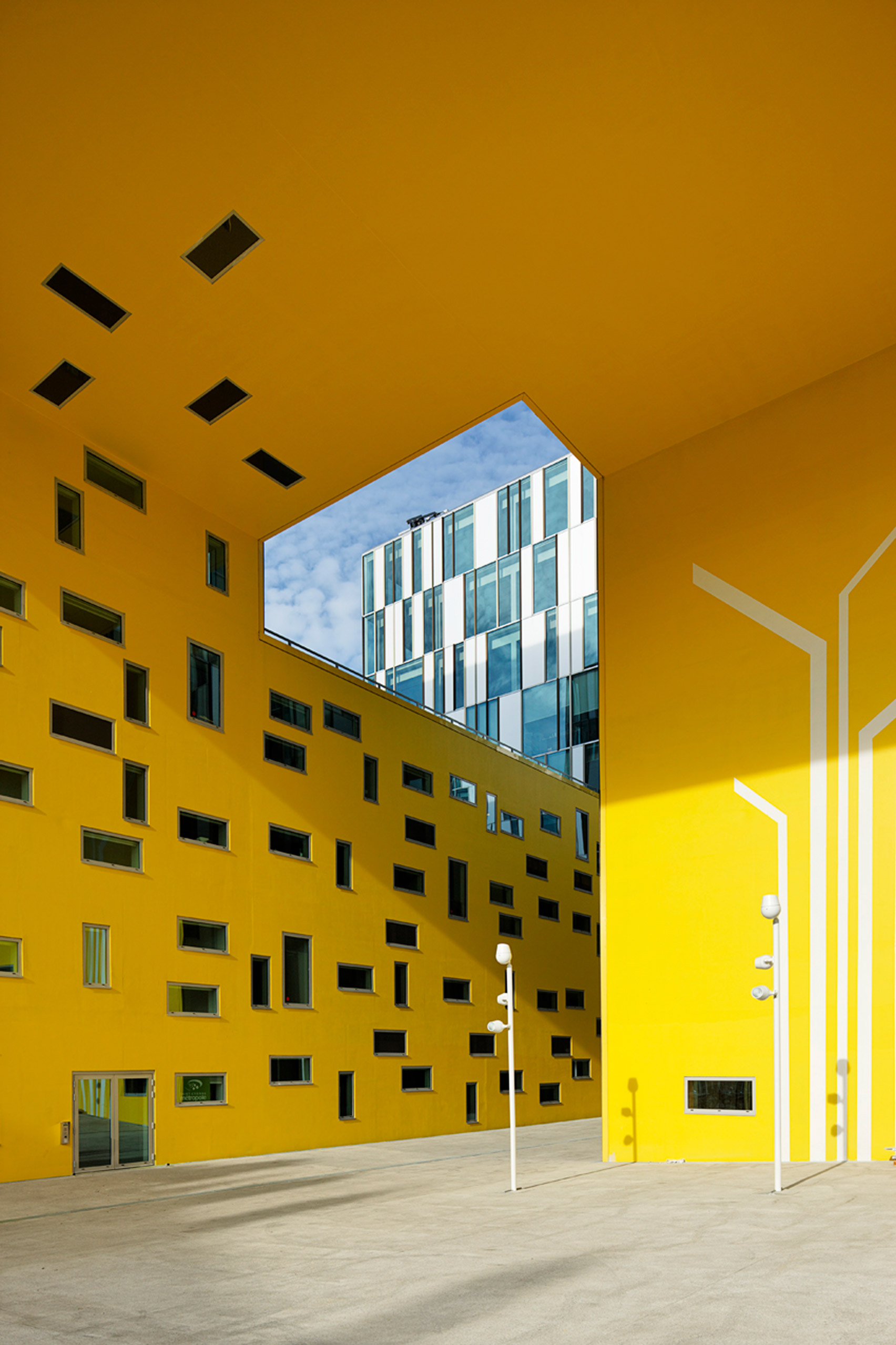 La Cite des Affaires in Saint-Etienne features a huge large yellow cutaway that opens to the entrance, while the exterior is covered with both opaque and transparent panels. Gautrand designed the building to host offices for several government bodies, as well as a restaurant, tourism bureau and leisure facilities. 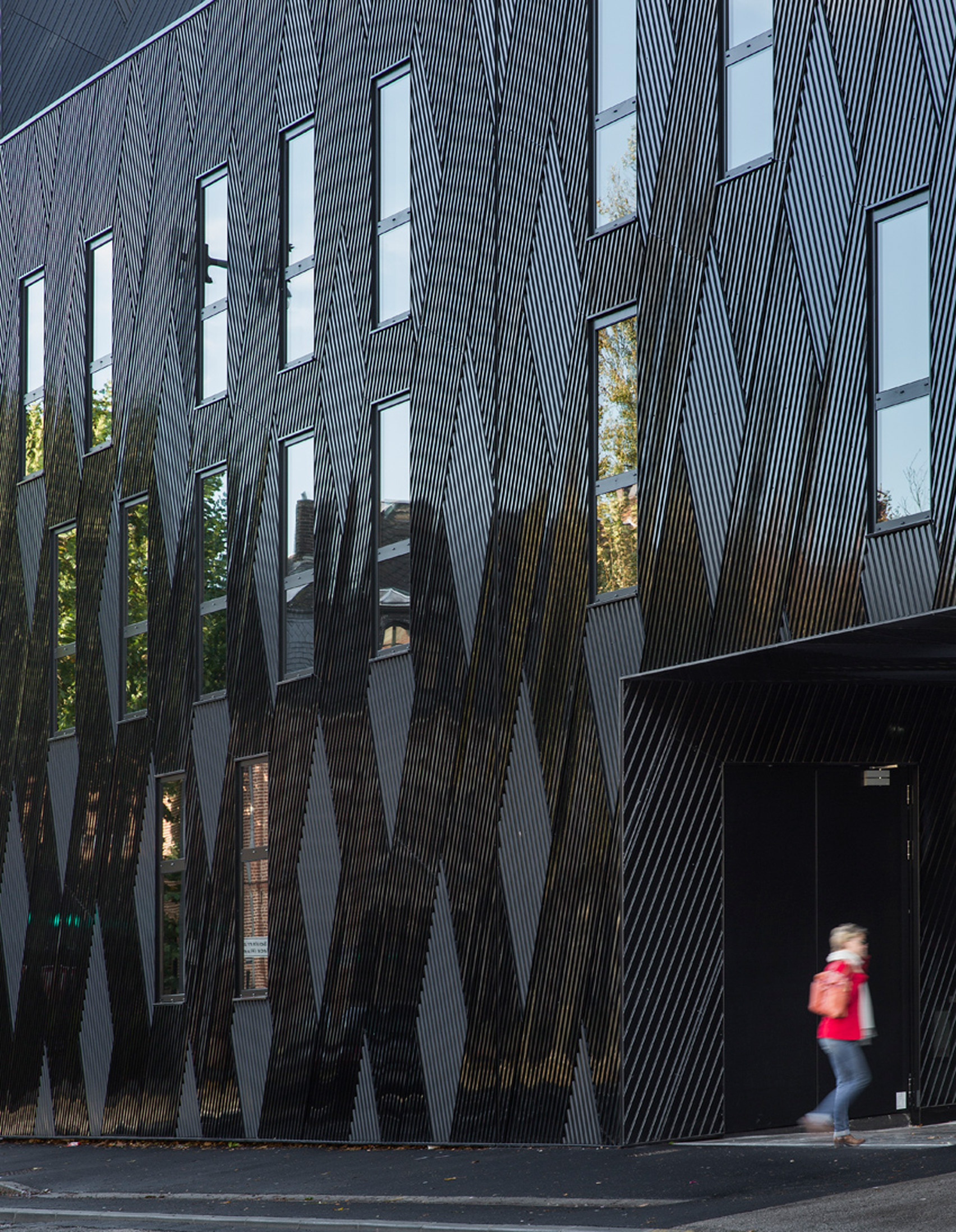 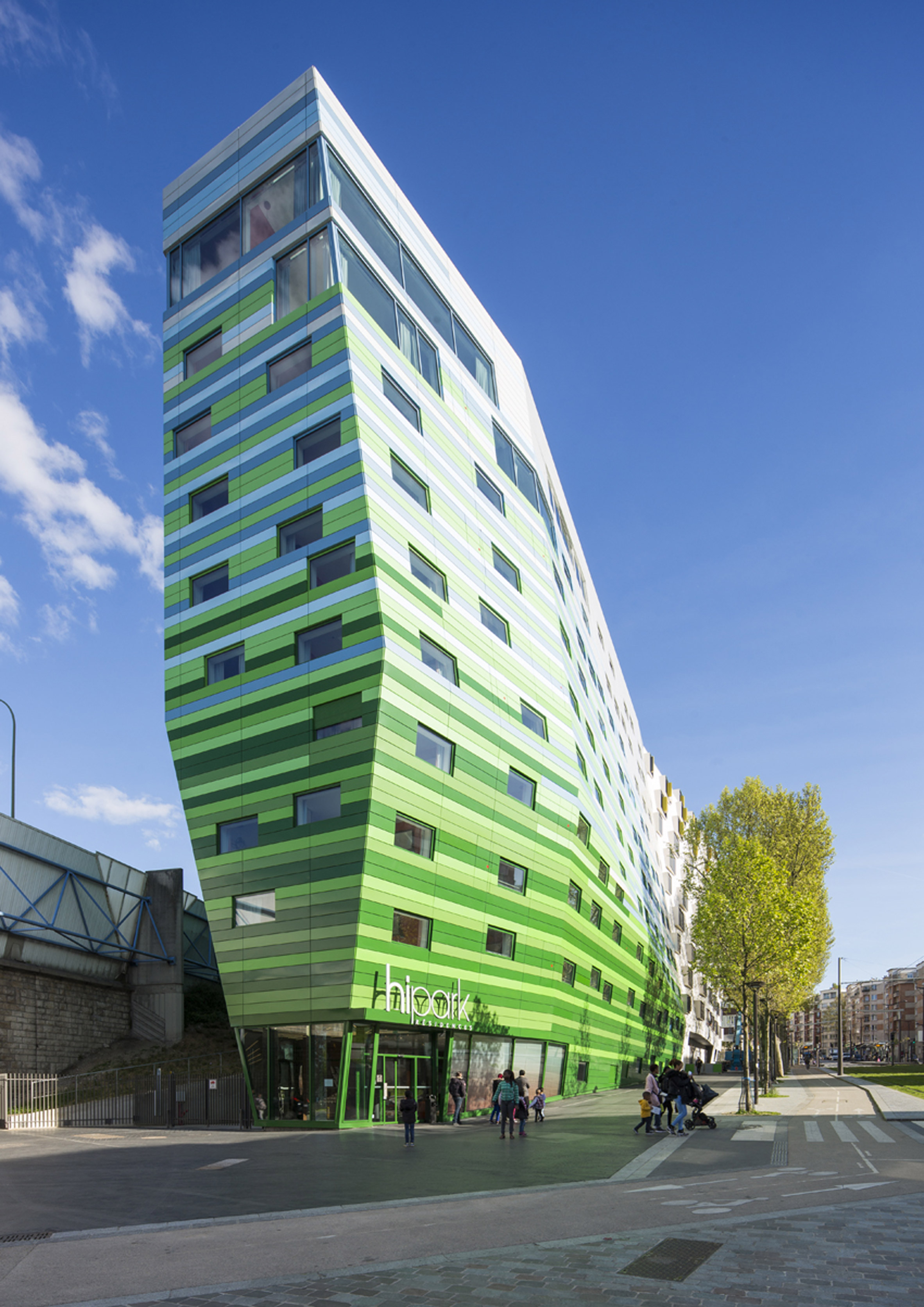 The tapered shape of the Hipark Hotel in Paris is designed to points towards its famous neighbour – the Jean Nouvel-designed Philharmonie de Paris. Gautrand’s building, which comprises offices, student accommodation and an apartment hotel, is covered in panels that transition from green to blue and white at the top. 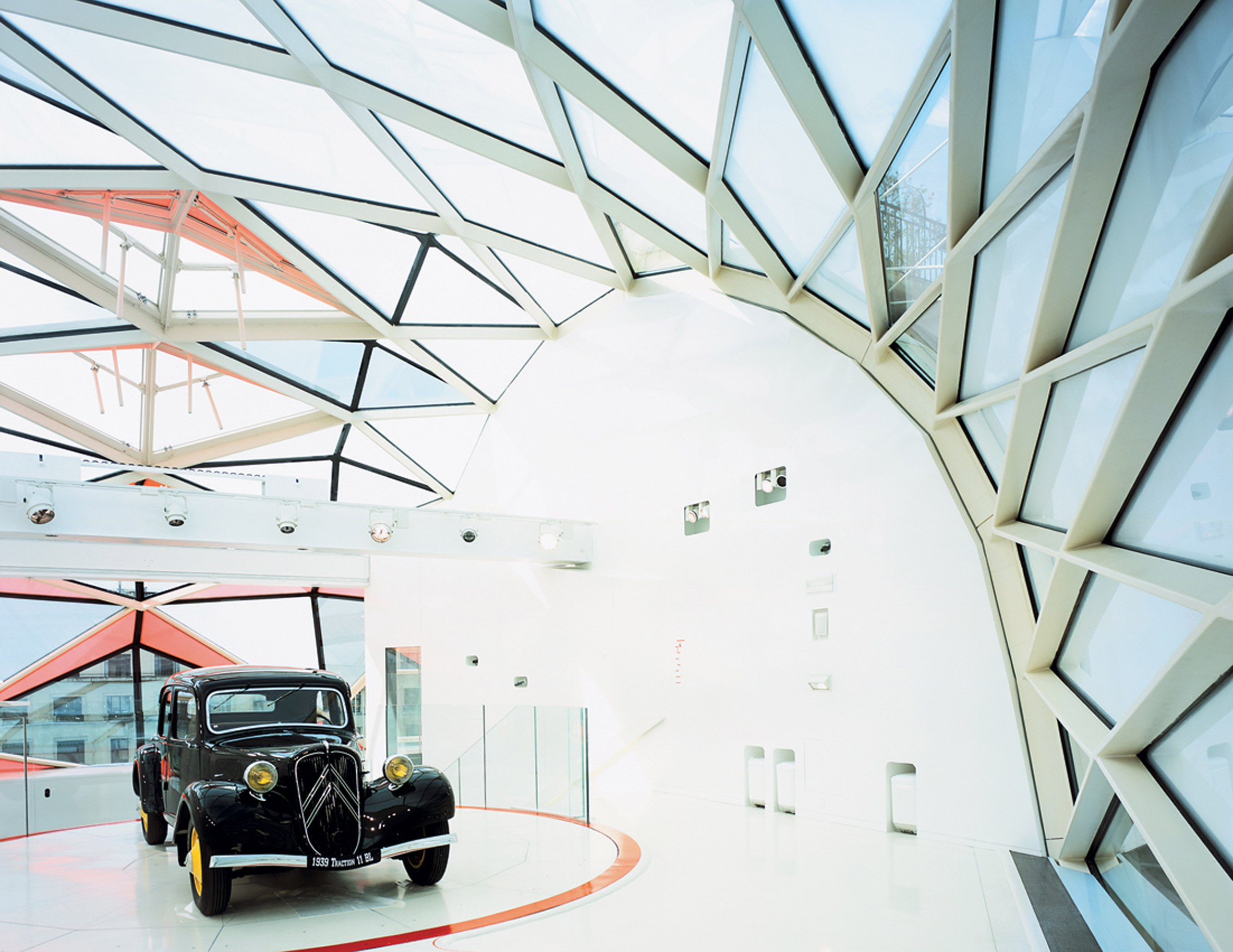 A glass origami-like facade cover this showroom and brand experience centre that Gautrand designed for carmaker Citroën on Paris’ Champs-Élysées. Inside, old car models are displayed on circular platforms, while red accents provide nods to the brand’s signature colour.