So far, 2018 has been a bumper year for private houses completed in Mexico. Here’s eight of our favourites, including a residence formed from a collection of black concrete cuboids and a colourful property designed as an homage to Luis Barragán. 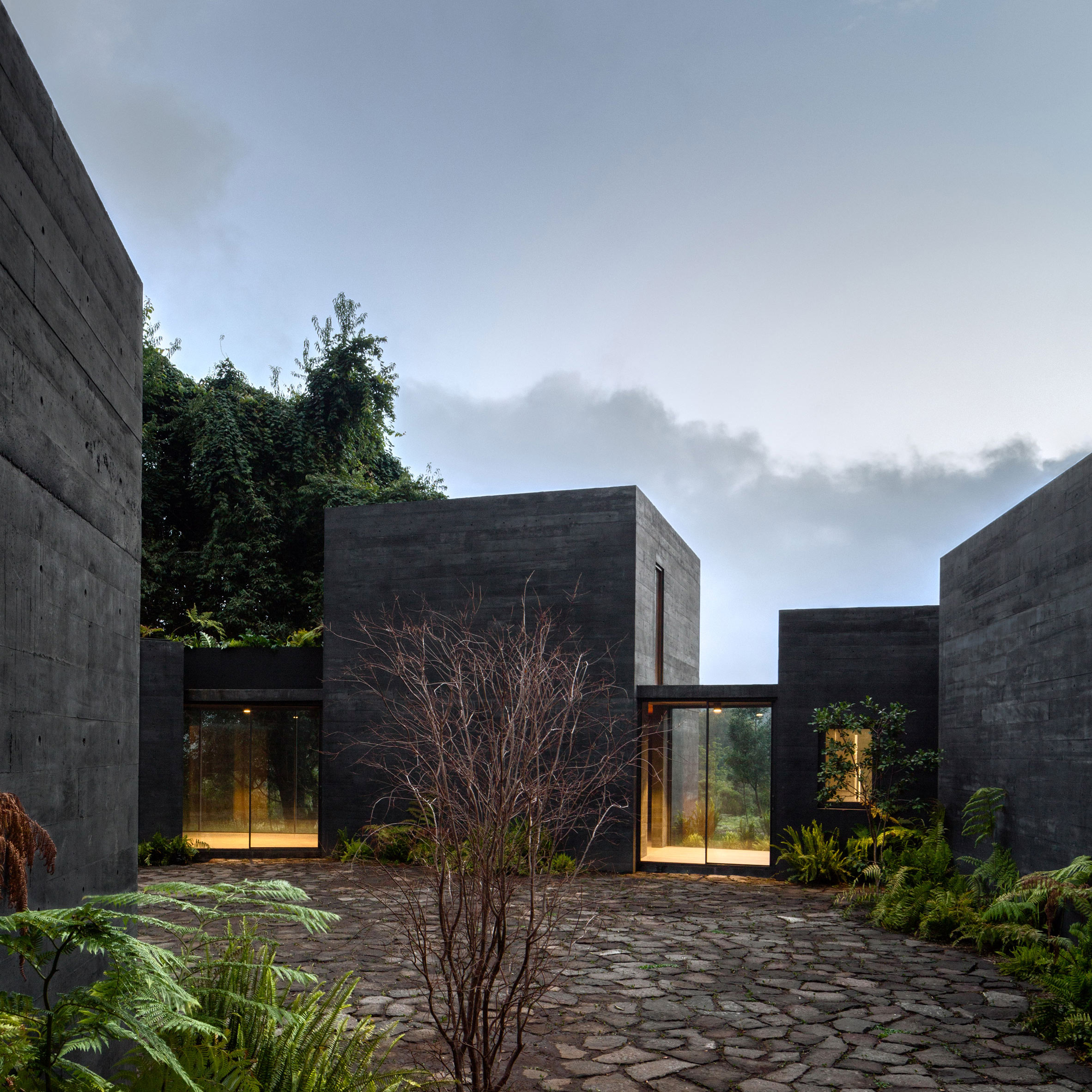 Black concrete is a popular construction material used in Mexico, as demonstrated by Casa Bruma, which comprises nine dark-coloured cuboid units of varying heights and purposes.

“Each block is placed according to the views, the orientations and the existing vegetation,” said the architects. The result is an “exploded house”.

Find out more about Casa Bruma › 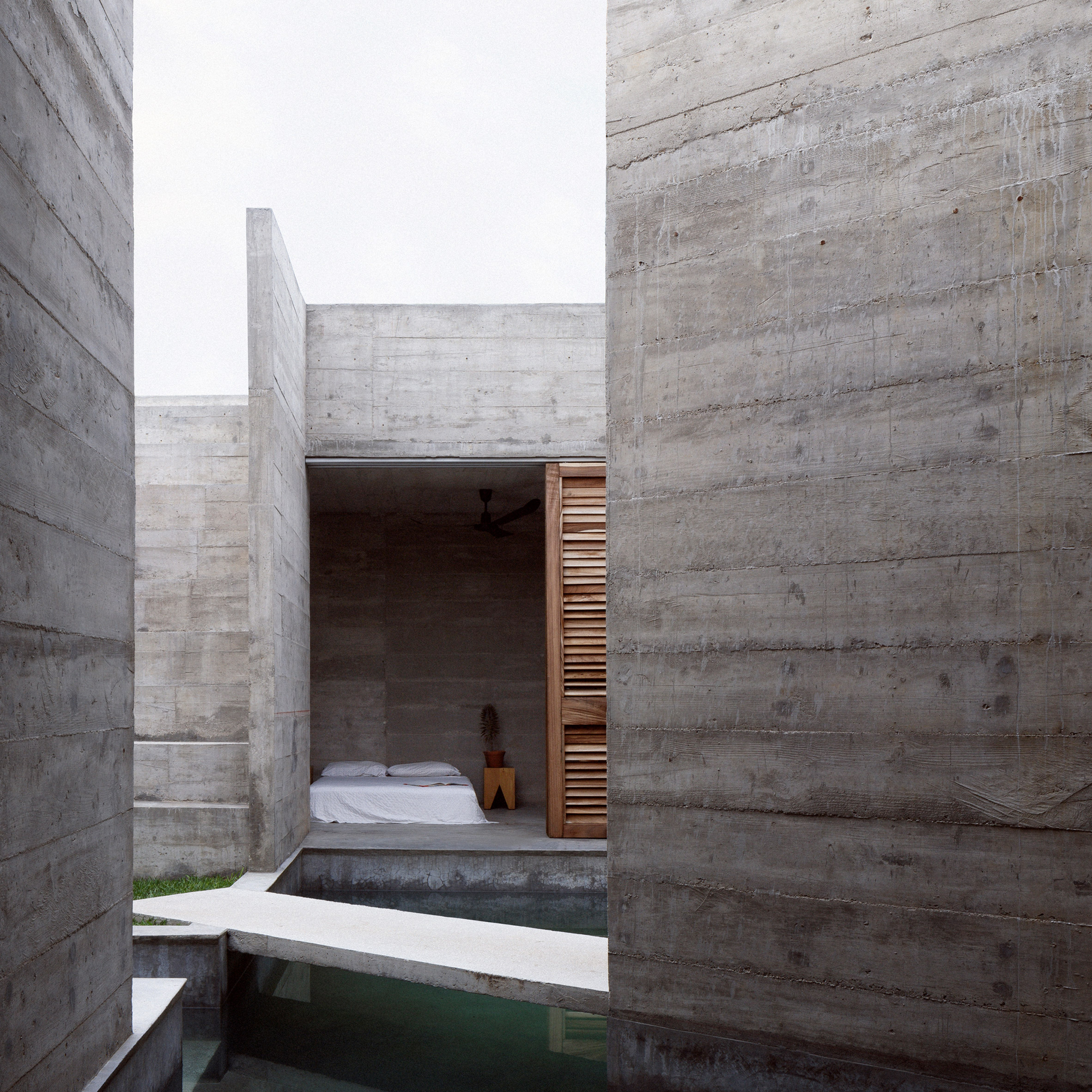 Despite being a beach retreat, Zicatela House was influenced by the concrete structures dotted around the landscape of Normandy – where architect Godefroy was born – and Mexico City’s ancient Aztec temples.

Its robust concrete walls nod to the neighbouring mountains, while the wide, open feel of the beach is echoed in its outdoor spaces.

Find out more about Zicatela House › 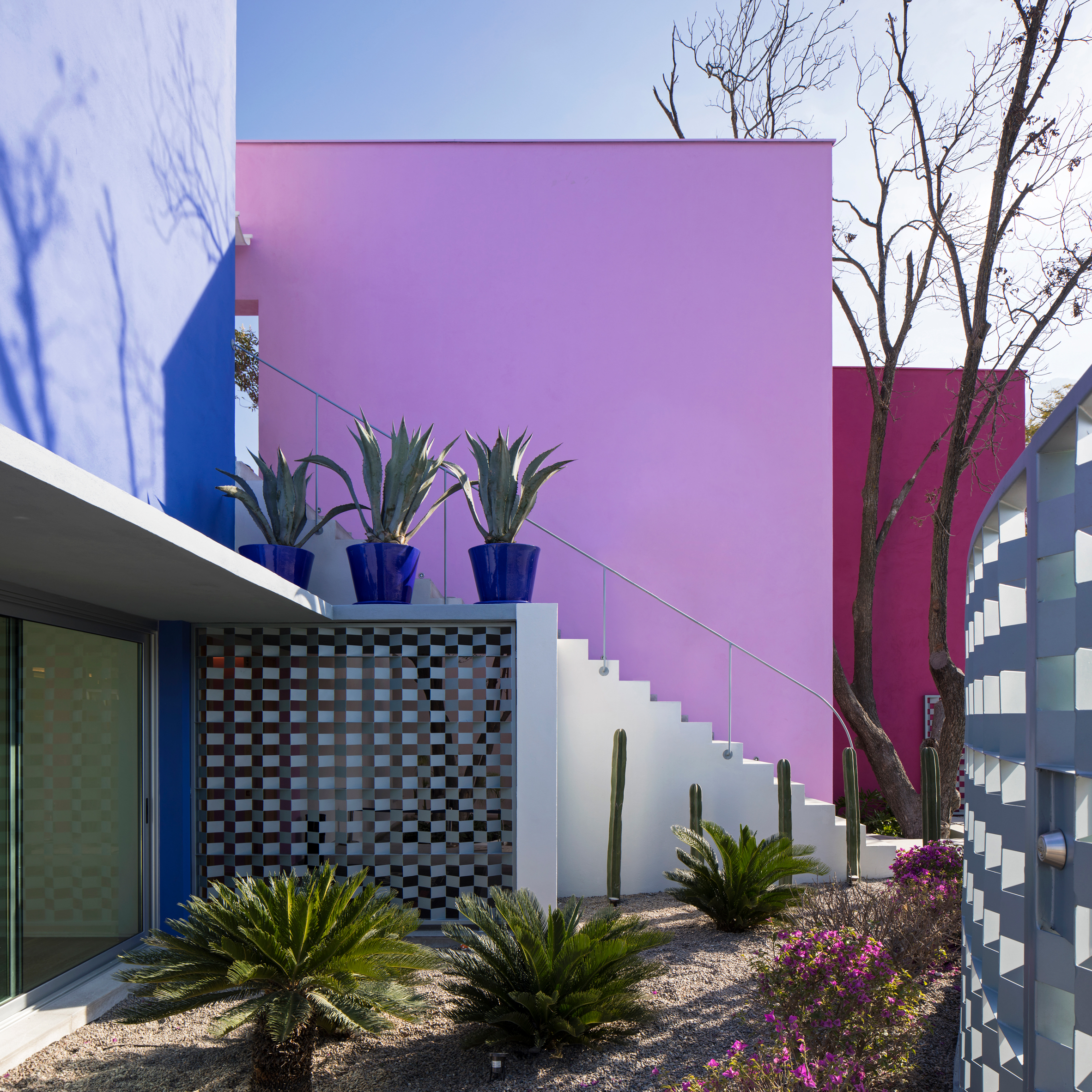 An homage to Mexico‘s legendary architect Luis Barragán, Casa TEC 205 boasts bold hues on its exterior with equally vibrant wallpaper prints and textiles in geometric patterns in its interior.

“We have always admired the use of colour in Mexico, from its vernacular architecture to that of the masters Luis Barragán and Ricardo Legorreta,” said the property’s architect Moneo Brock. 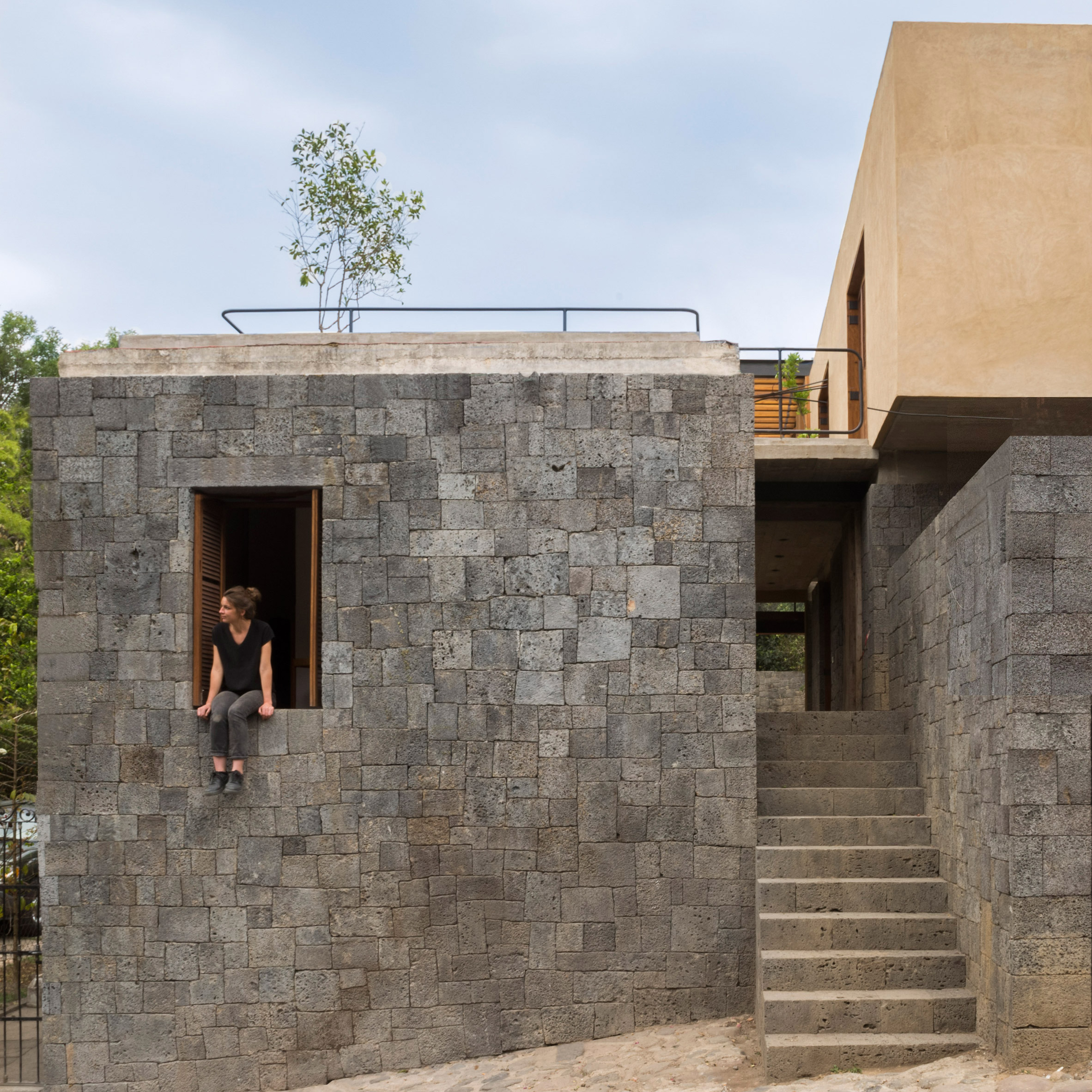 This single-family home sits on a 460-square-metre plot and was built from locally sourced stone called Texcal. The aim was to integrate the home into its natural setting, which lies to the south of the capital.

“Water is present both inside and outside the house, refreshing all spaces, filling them with air and sound,” said architecture firm Rozana Montiel. 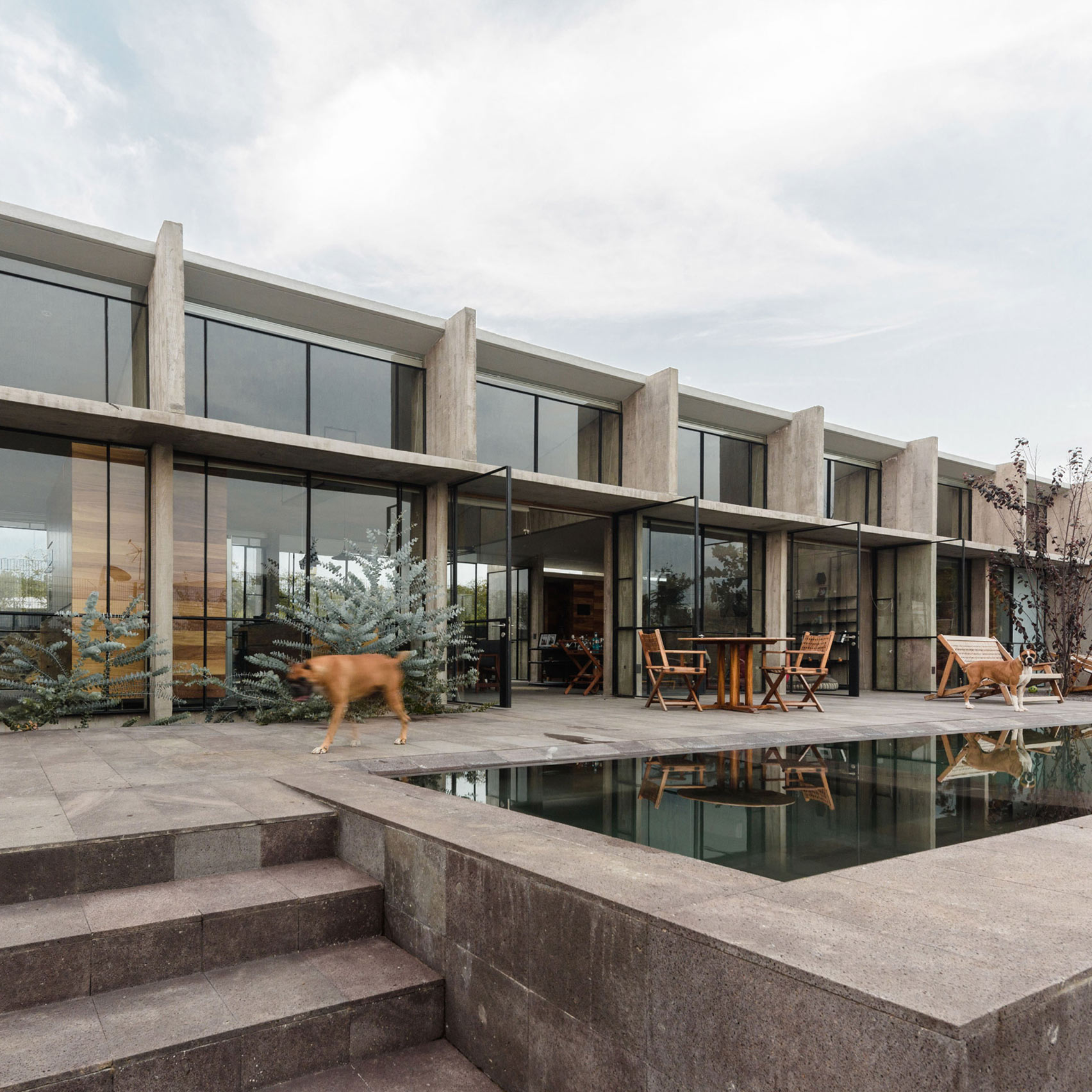 Wanting to make the most of its hill-top views, Herbiet gave At House a slender shape and placed large expanses of glazing on its longer southern wall.

The concrete walls, textured by the imprints of wooden boards, are intended to block views from the street on the eastern side and neighbouring properties to the west.

Find out more about AT House › 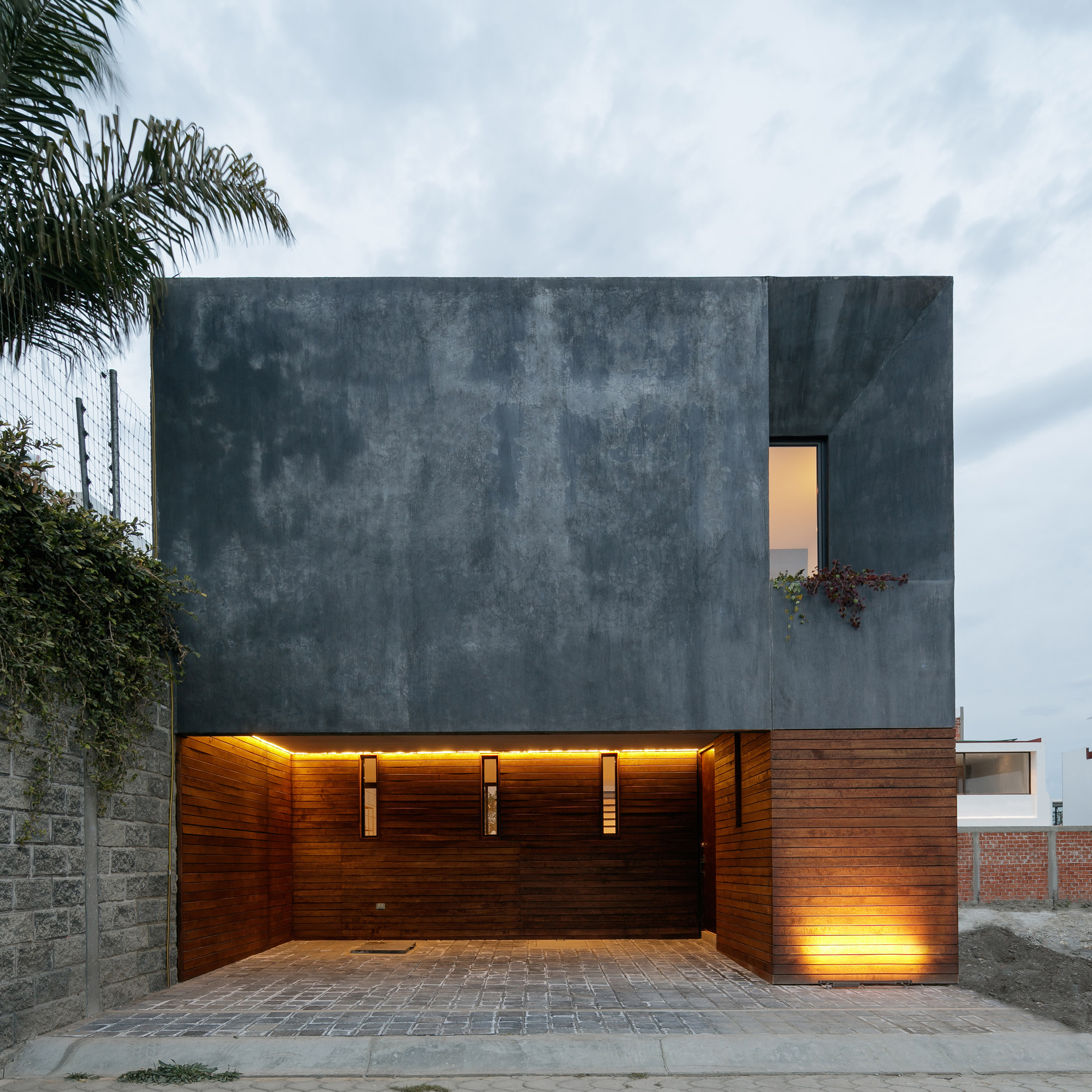 Casa Once, Puebla, by Espacio 18 and Cueto

“Casa Once was designed to suit a young couple who were looking for a refuge that would take them away from the outer chaos and create a space of tranquillity,” said Espacio 18.

The home has a rectangular floor plan, taking up all of the buildable area and leaving no yard space. To create outdoor areas, the top floor has a patio overlooking the city.

Find out more about Casa Once › 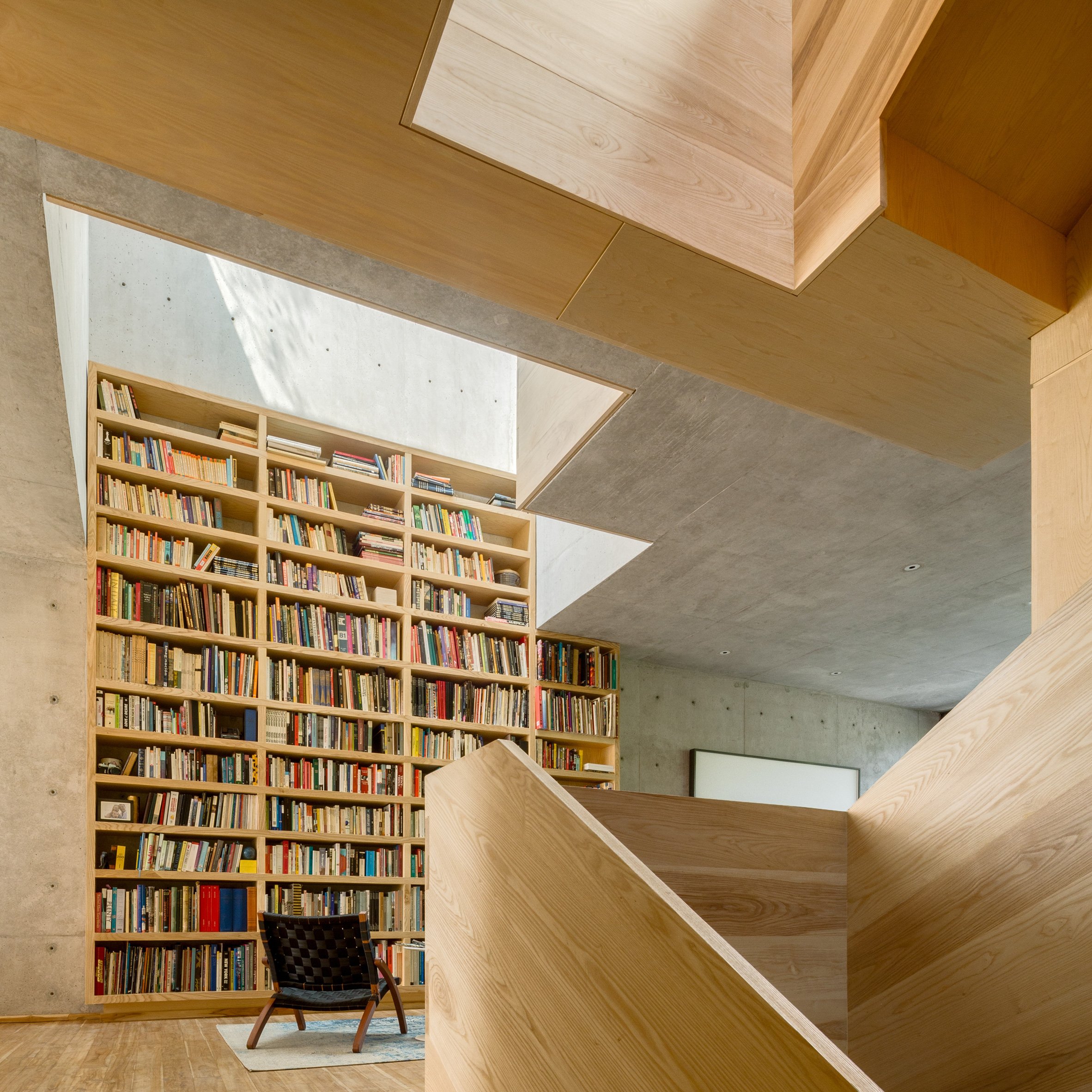 Recently longlisted for the 2018 RIBA International Prize, Cuernavaca House incorporates repurposed materials and a rainwater tank that waters its planted troughs and trees.

The thermal mass of the large concrete slabs helps to absorb heat during the day and keep the interior cool, then releases the heat at night to maintain a constant temperature.

Find out more about Cuernavaca House › 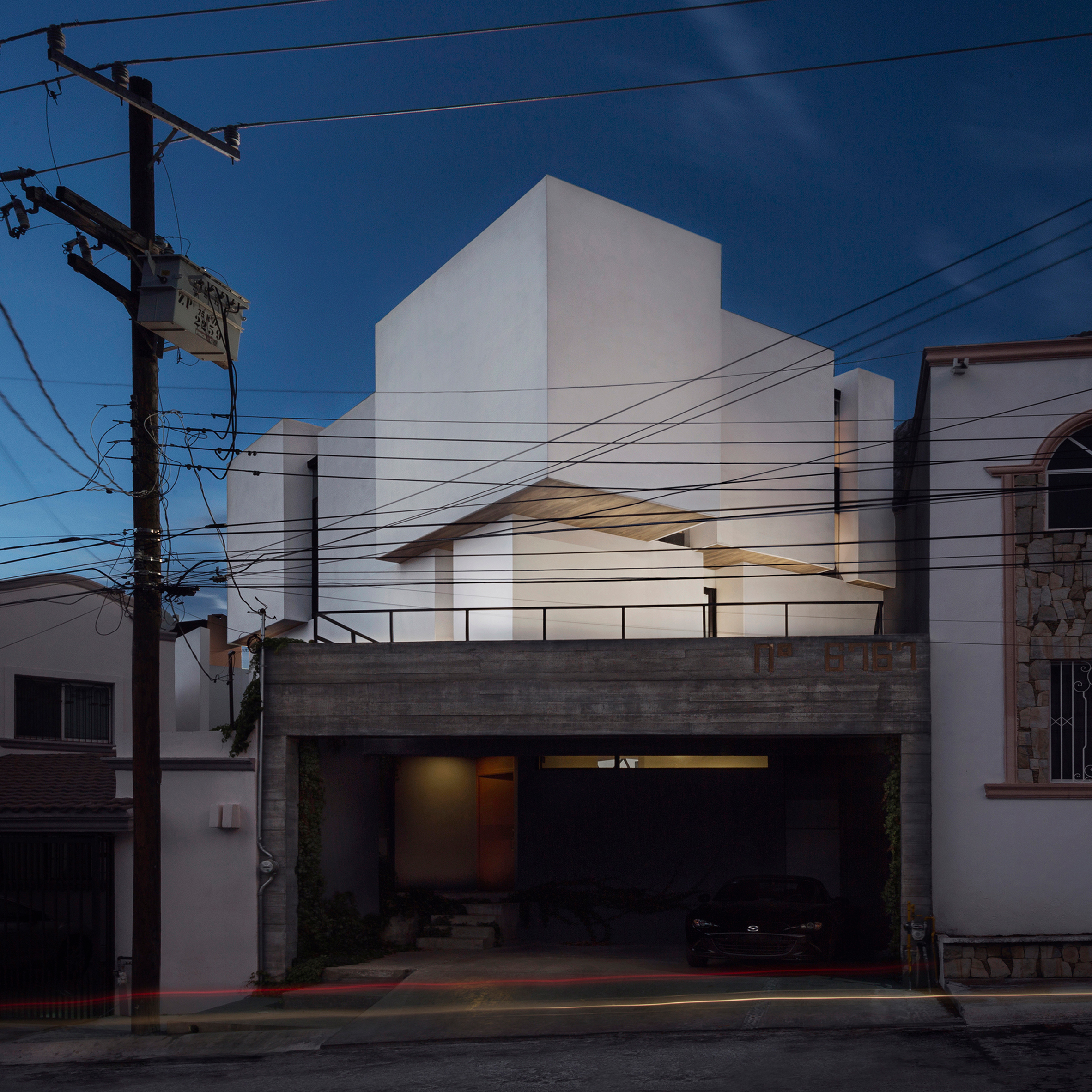 Cloud House is located on a rectangular plot and is oriented at at 45-degree angle to the street in front.

Arquidromo said the unusual layout provided an opportunity to make a feature of the exposed, longer side walls that are commonly unseen. The firm’s response was to build the residence as an irregular stack of white cubes.

Find out more about Cloud House ›