Is it possible to design out terrorism? This is one of the questions we are asking as part of our Good Design for a Bad World talk series at Dutch Design Week. Here are eight proposals that suggest a way forward.

Good Design for a Bad World comes to Eindhoven on 21 and 22 October 2017, and will look at the ways designers can tackle five global issues: climate change, pollution, refugees, terrorism and politics.

The event is free to attend, and it takes place at the People’s Pavilion at KetelHuisplein 1, in the Strijp-S district of Eindhoven, at 4pm on Saturday 21 October.

Ahead of the talk, here’s a look at eight responses to terrorism from architects and designers all around the world, including anti-terror flower pots, a symbol for peace and an army of surveillance drones. 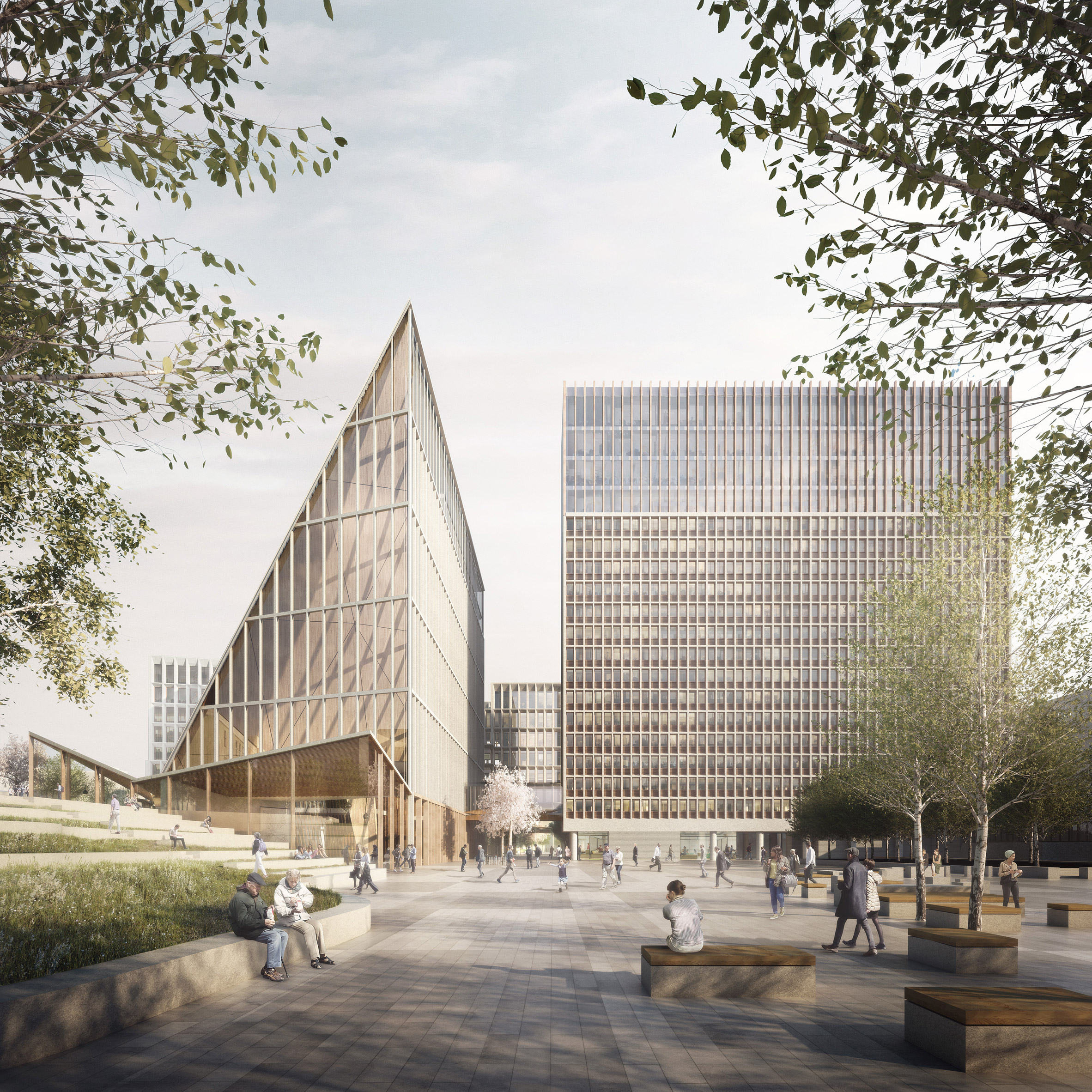 Adapt by Nordic Office of Architecture and Haptic

The part of Oslo’s government quarter that was damaged during the 2011 terrorist bombing is set to replaced by this new complex, designed by Oslo firm Nordic Office of Architecture and London studio Haptic.

The architects resisted the temptation to create a high-security fortress, and instead opted for a design “that communicates Norwegian ideals of transparency and democracy, and that is an inclusive and exemplary workplace”.

The streets and squares will be open to pedestrians and cyclists 24 hours a day, yet the complex will also adhere to strict new security measures, which include tight restrictions on vehicular access.

Find out more about Adapt › 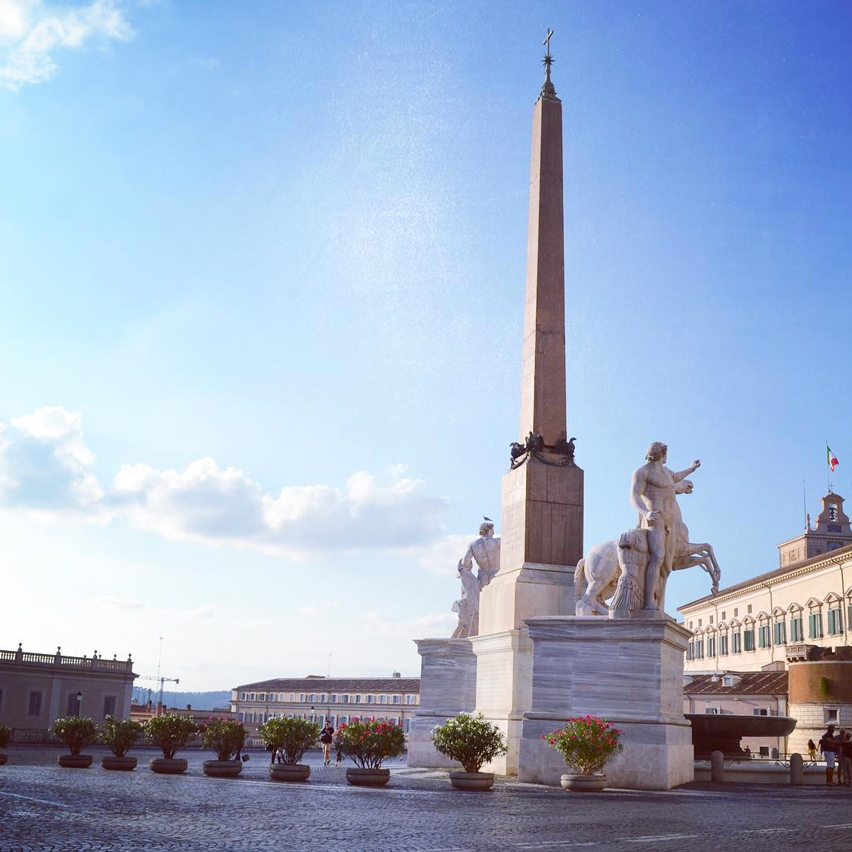 While many cities are installing military-style barriers to prevent terrorist attacks, Italian architect Stefano Boeri believes trees and planters could be cleverly used to do the same job.

His idea now looks set to be adopted in Florence, thanks to the support of mayor Dario Nardella. The aim is for these “anti-terror flower pots” to be installed around several key public spaces. 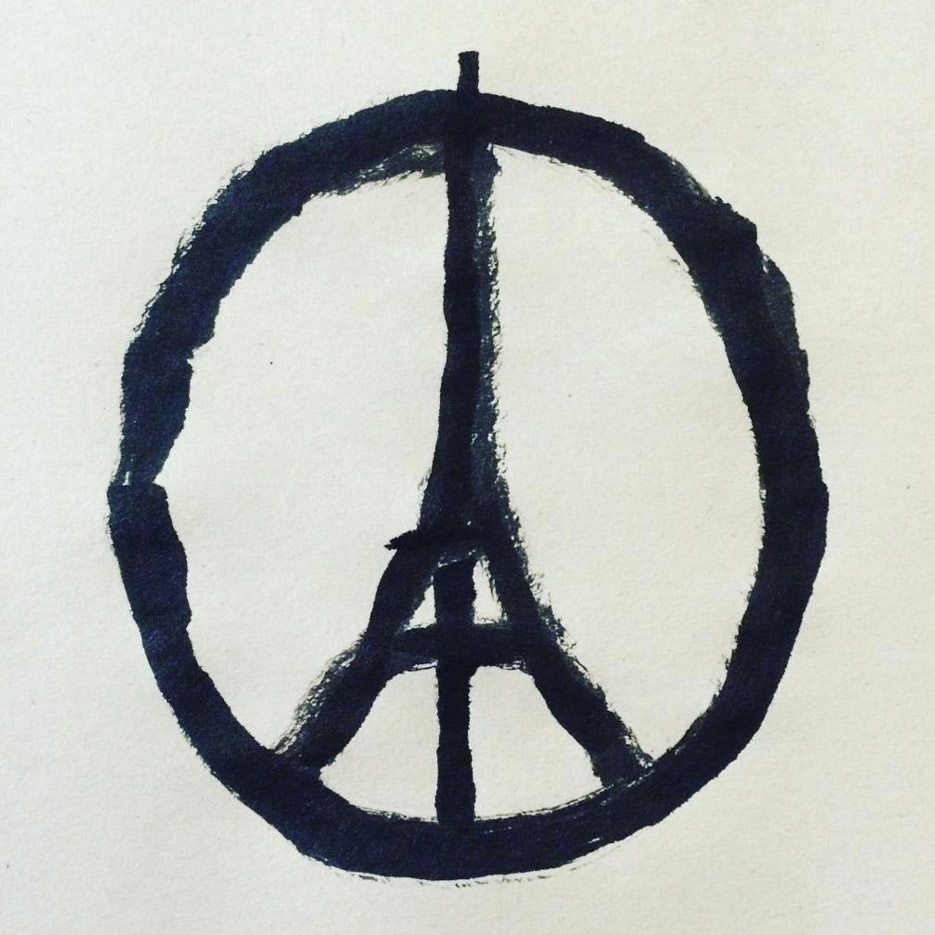 Peace for Paris by Jean Jullien

Illustrator Jean Jullien has shown how designers can create symbols of unity in times of crisis.

After the terrorist attacks in Paris in 2015, Jullien’s hand-painted image combining the peace symbol with a representation of the Eiffel Tower was shared around the world.

Find out more about Peace for Paris › 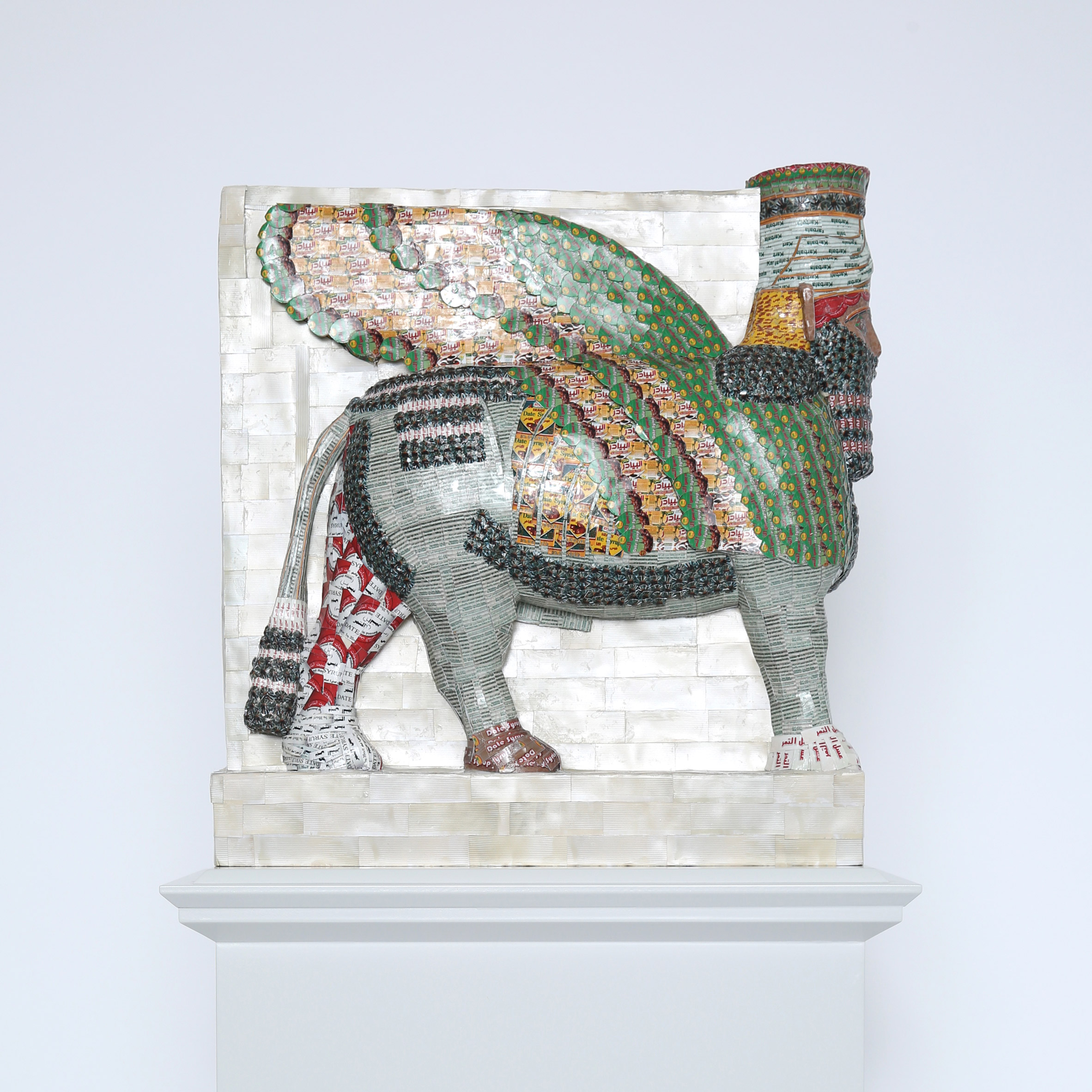 The Invisible Enemy Should Not Exist by Michael Rakowitz

The number of archaeological artefacts that have been destroyed by Islamic militant group ISIS continues to grow – but artist Michael Rakowitz has made it his mission to try and hold onto this lost heritage.

Next year, he will install a sculpture on the Fourth Plinth in London’s Trafalgar Square based on a winged bull that once stood at the gates of the ancient Assyrian city of Nineveh, but which was destroyed during the storming of the Mosul Museum in Iraq in 2015.

It forms part of an ongoing project by Rakowitz, to recreate 7,000 artefacts stolen and destroyed during the Iraq war.

Find out more about The Invisible Enemy Should Not Exist › 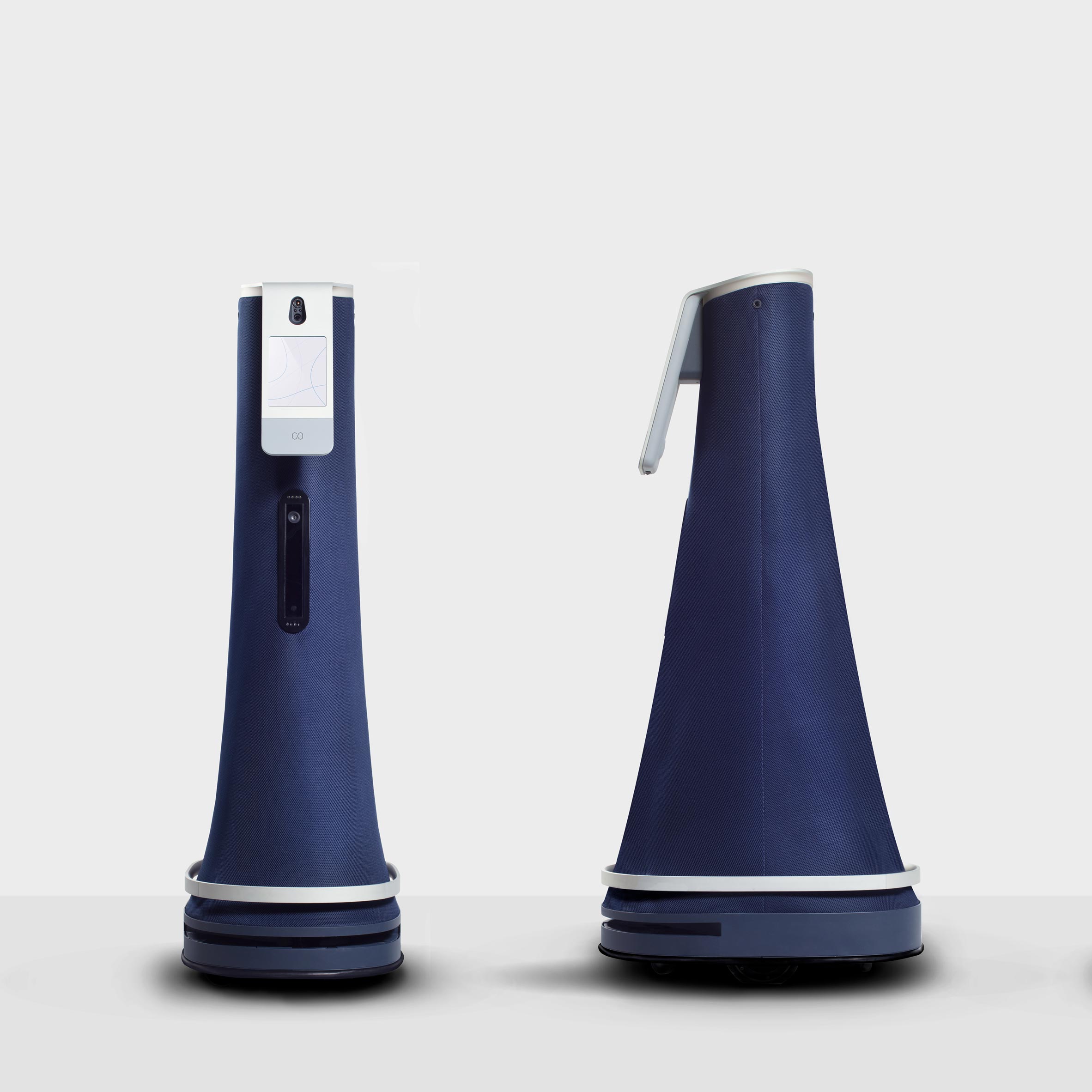 Robot by Yves Béhar and Cobalt

This robotic security guard was designed by Yves Béhar’s studio Fuseproject to look unthreatening so that people would feel comfortable encountering it on a day-to-day basis. It performs basic functions like scanning ID cards, but also uses its sensors to detect possible security threats.

The intention is for it to work alongside humans – providing around-the-clock assistance in places where a full-time security guard might be prohibitive.

Find out more about Robot › 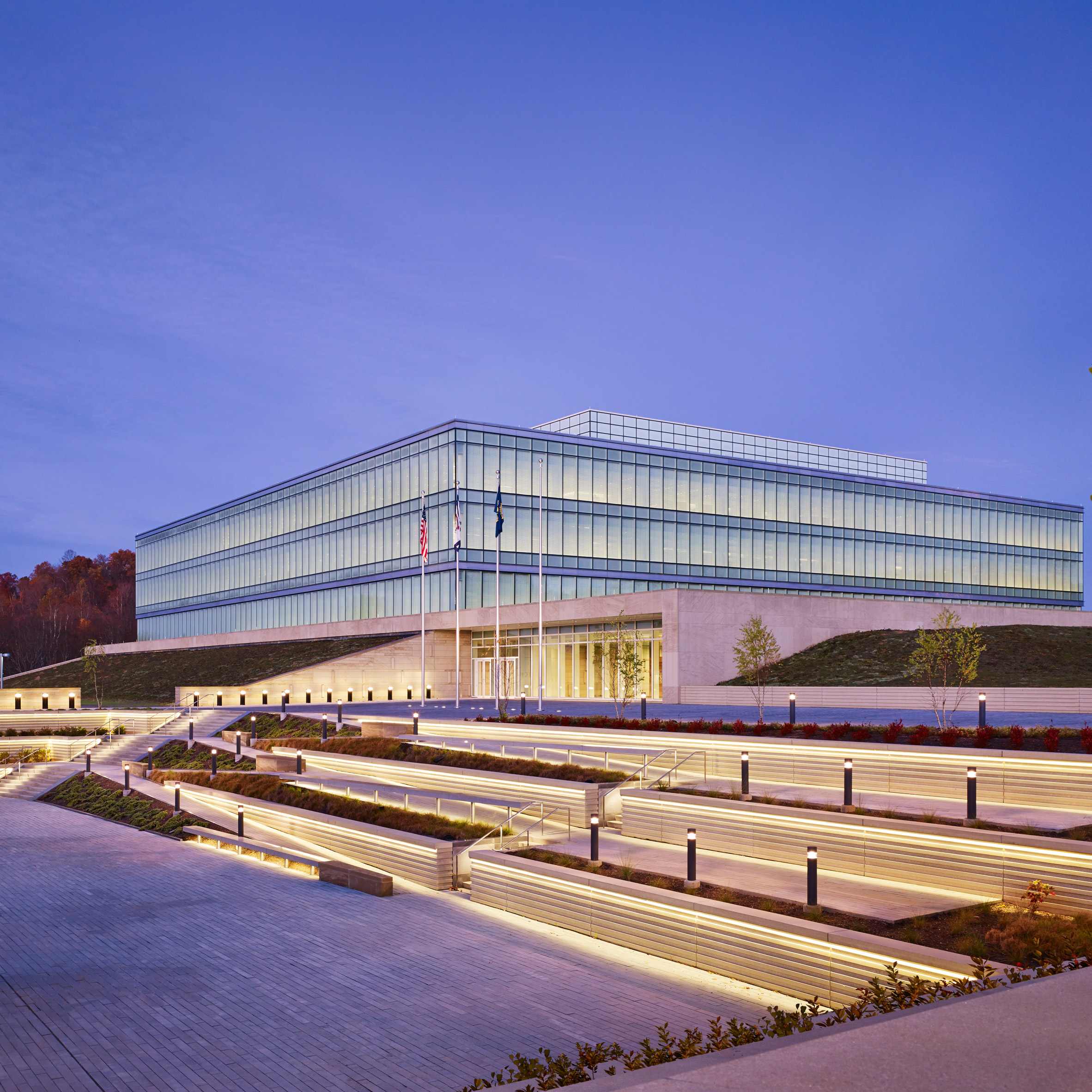 Created through a joint effort between the FBI and US Department of Defense, this research centre supports the development of biometric technology, which measures and analyses human characteristics, such as DNA, palm prints, irises and voice patterns.

Following suit, the building is designed to meet the Department of Defense standards for anti-terrorism force protection, but to also provide an open and light-filled workplace for employees. 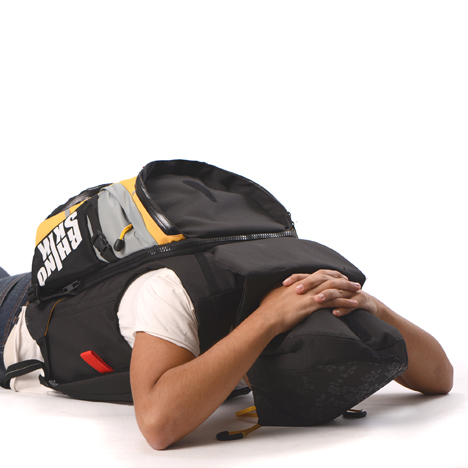 Israeli designer Hila Raam created this Kevlar rucksack with a built-in protective hood, which safeguards the wearer from the debris and impact of missile attacks.

It is designed to help people living in war zones or terror hotspots to try and live a normal life. 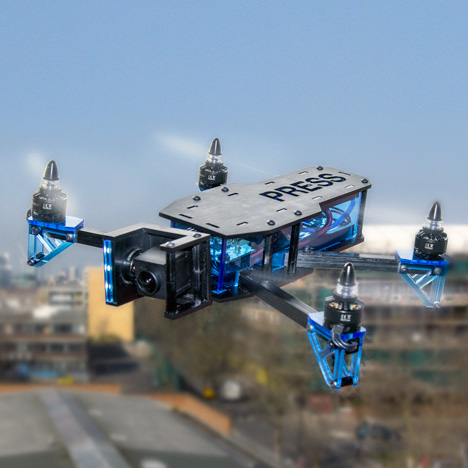 London studio Superflux has suggested that drones hold the answer to protecting against the increased risk of terrorist attacks, with this series of five unmanned aerial vehicles that could be used for different purposes, including surveillance, tracking and traffic control.

Find out more about Drone Aviary ›

The post Eight responses to terrorism from architects and designers appeared first on Dezeen.