With the news that David Adjaye‘s National Museum of African American History and Culture in Washington DC has been named Design of the Year for 2017, here’s a look at some of the other impressive projects the architect has coming up, from a spy museum to a memorial to extinct species. 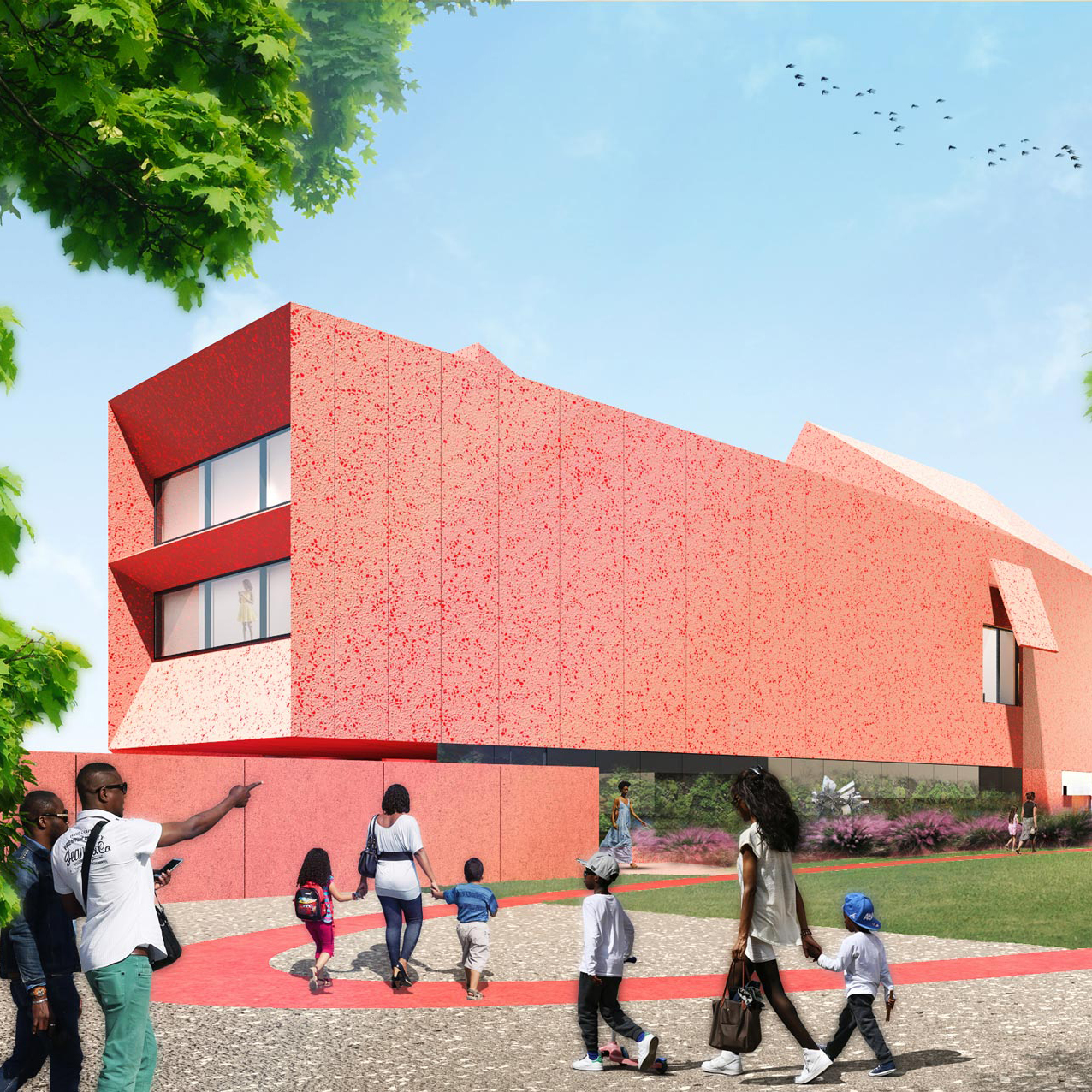 Planned to complete in late 2018, to coincide with the celebrations for San Antonio’s 300th birthday (although the public won’t have access until 2019), this $16 million (£10 million) museum is based on a dream of its patron, philanthropist Linda Pace.

The distinctive facades of the two-storey, 14,000-square-foot (4,267-square-metre) contemporary art museum for the Linda Pace Foundation will be made of crimson precast concrete panels flecked with glass aggregate.

Find out more about Ruby City › 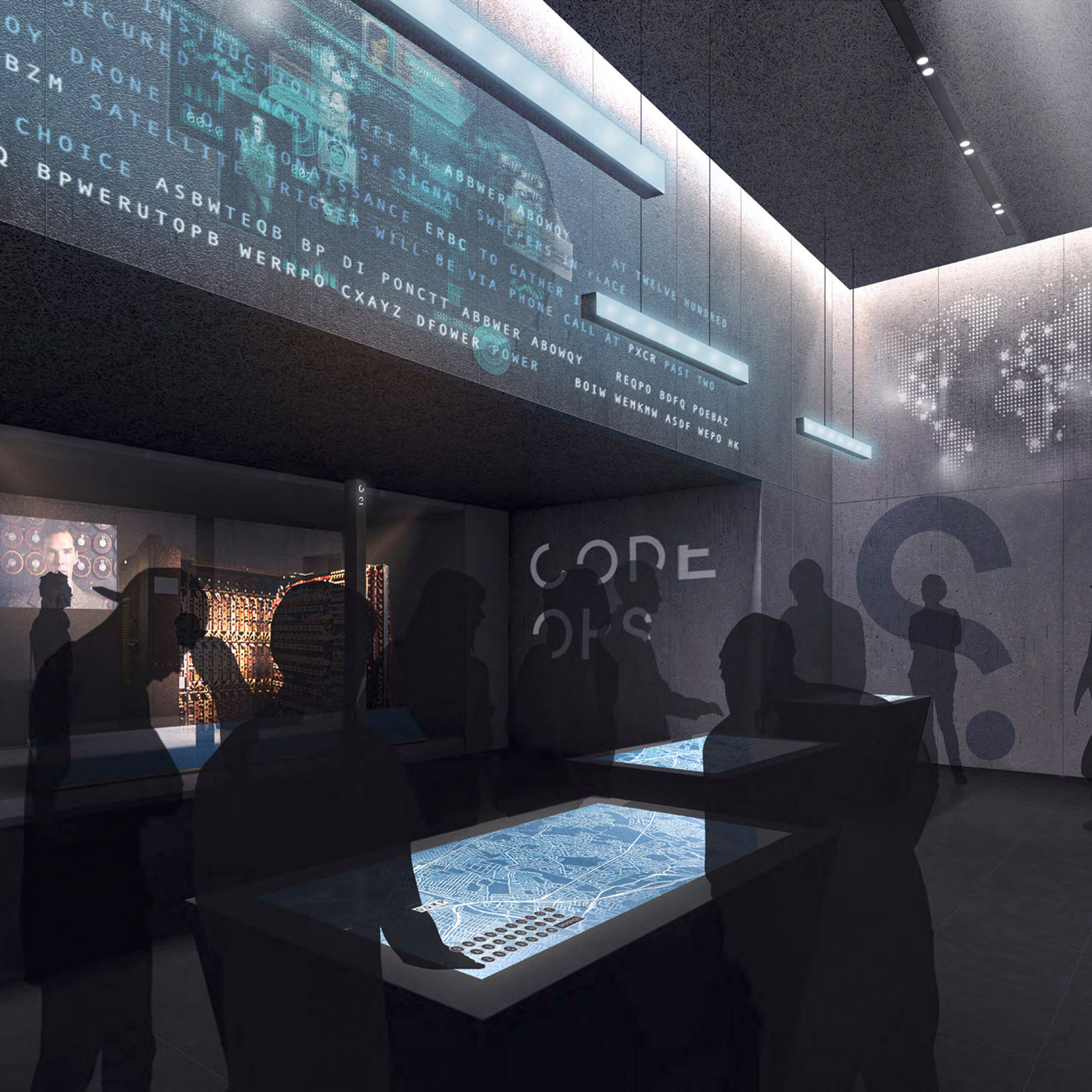 One of a large number of US projects currently being designed by Adjaye Associates, this museum dedicated to espionage is set to open in February 2018.

The interactive museum is being built in renovated building just two blocks away from MoMA in Midtown Manhattan. It will feature dimly lit interiors and self-contained exhibitions in weathering-steel drums.

Find out more about Spyscape › 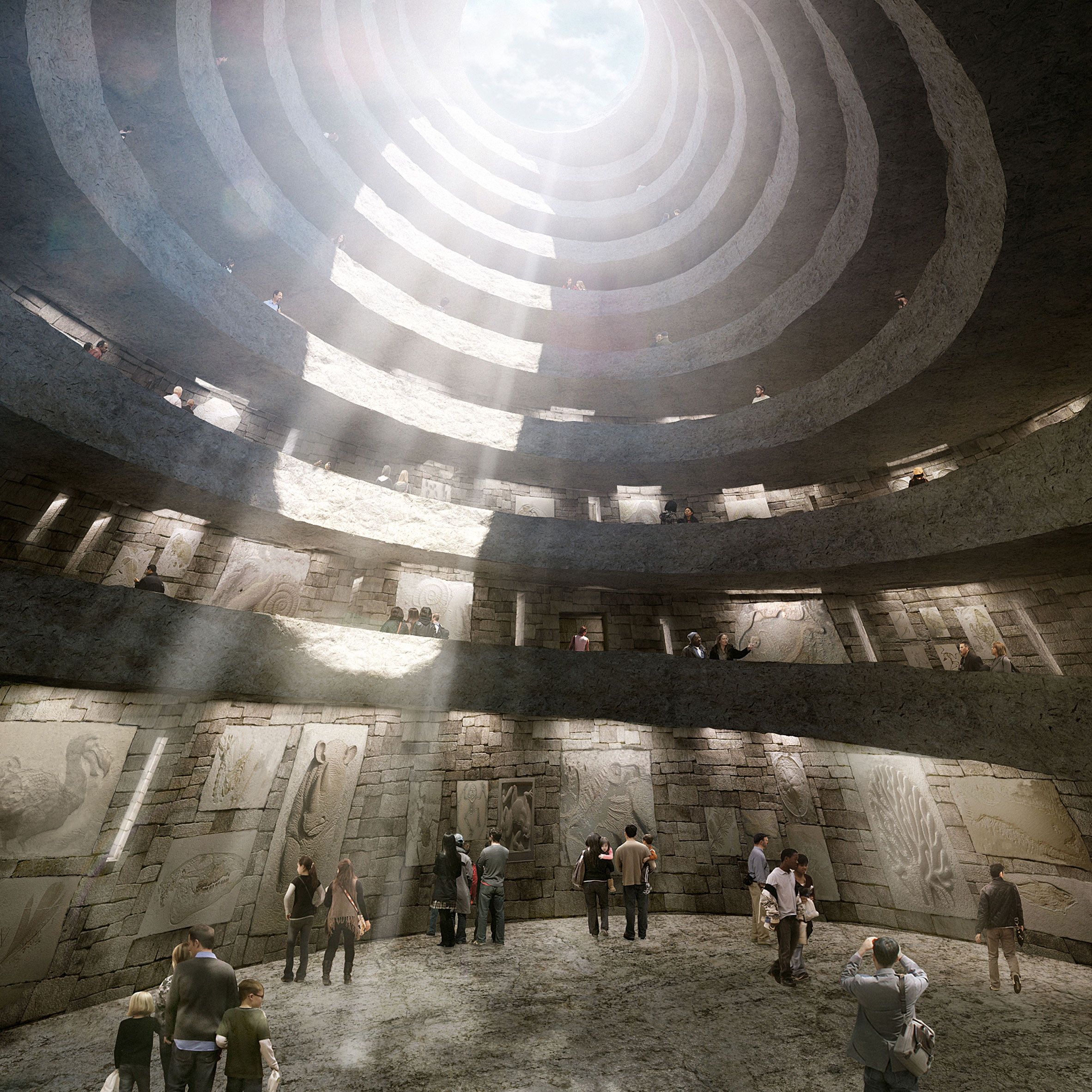 This 30-metre-high stone spiral will be a memorial to extinct species of the present and future. The memorial will house an information on the 860 species identified as extinct since the demise of the dodo in the 17th century.

Although a ceremonial ground breaking ceremony took place in 2014, the building is still fundraising and is now expected to be complete in 2019.

Find out more about MEMO › 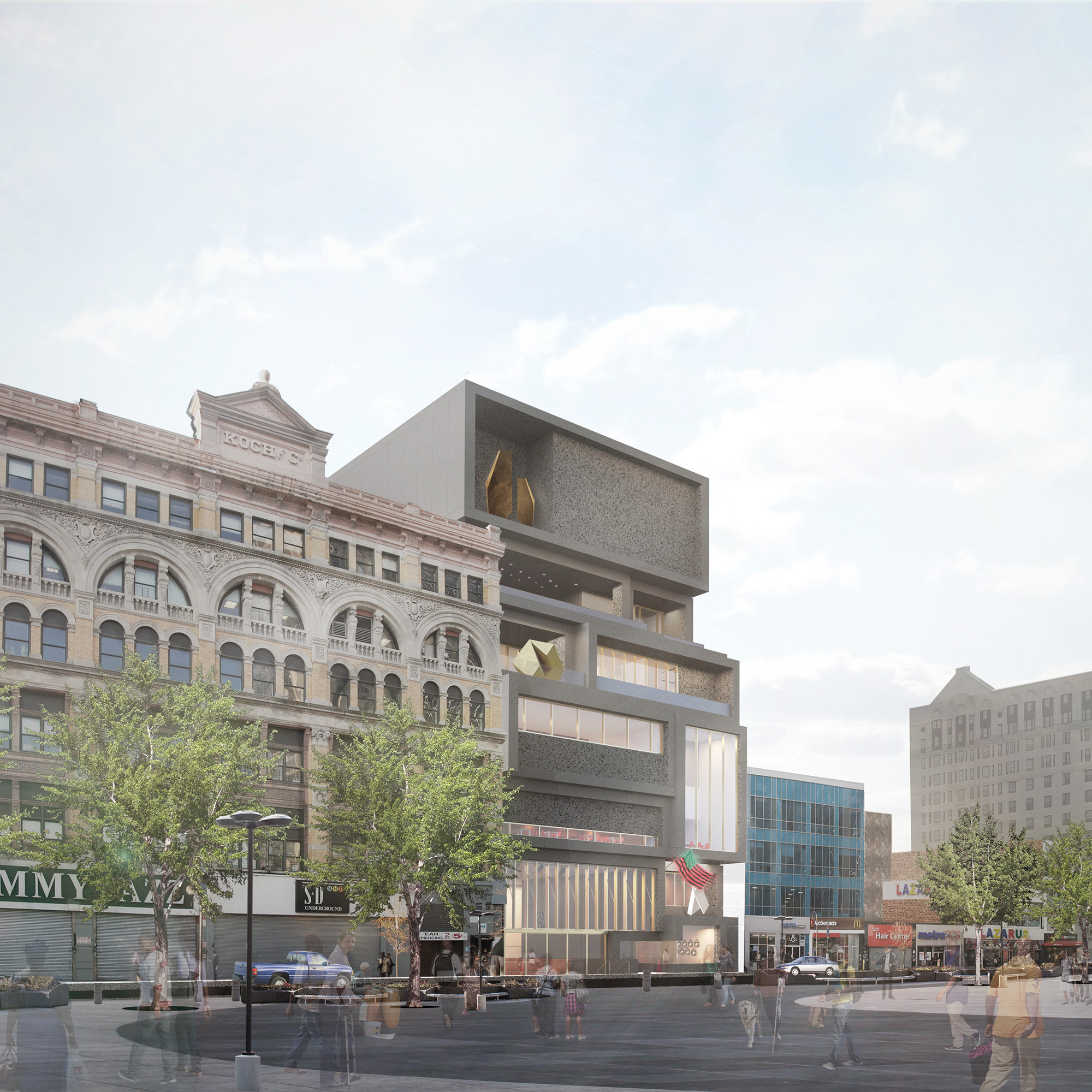 Another of Adjaye Associates’ American projects, the $175 million (£124 million) Studio Museum in Harlem will replace the 50-year-old museum’s existing 125th Street facility. It is due to open in 2019.

Find out more about Studio Museum › 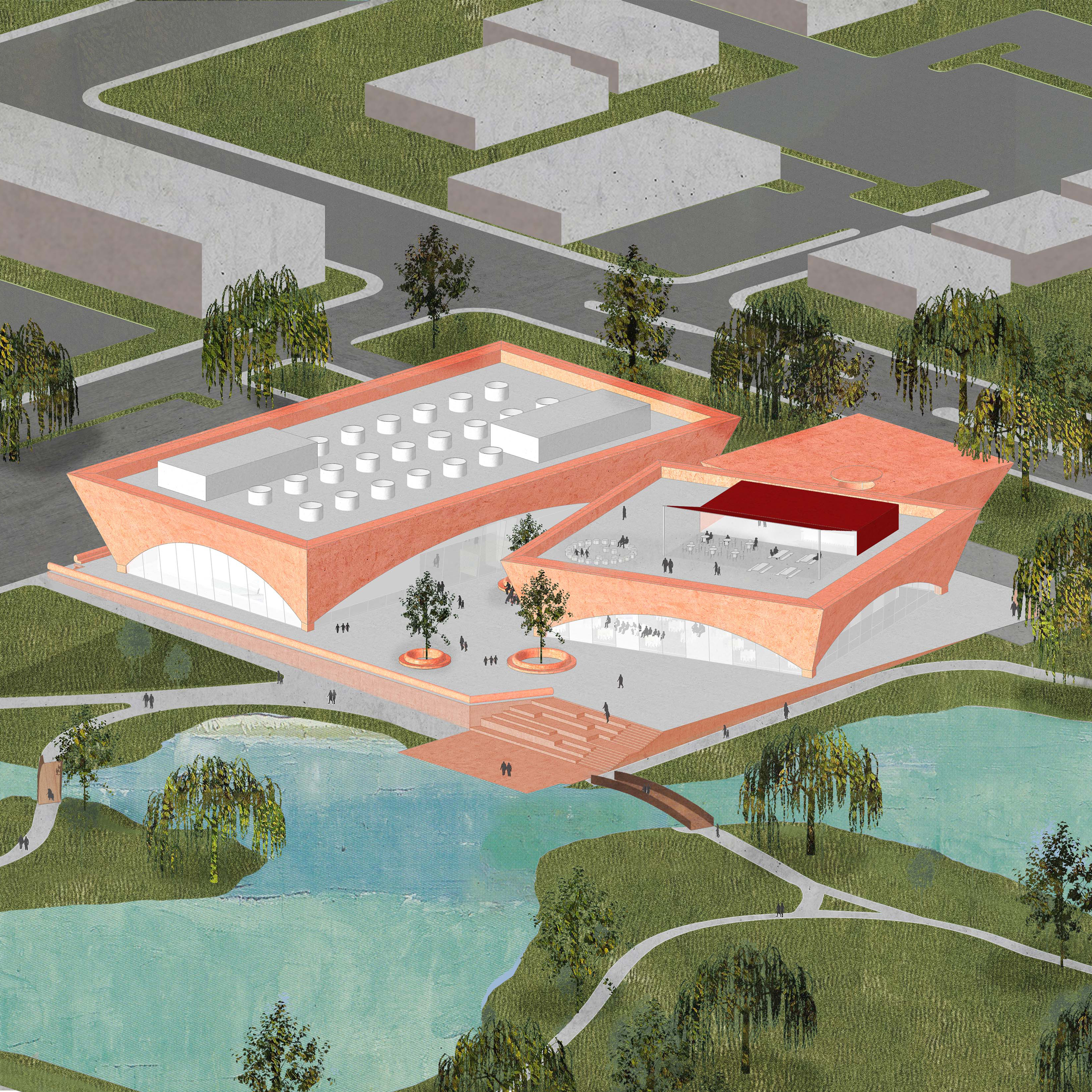 Due to complete in 2020, the $30 million (£22.7 million) Winter Park Public Library and Events Center will be a “micro village” of red cultural buildings.

The building’s three pavilions will house a library, events centre and visitor centre. 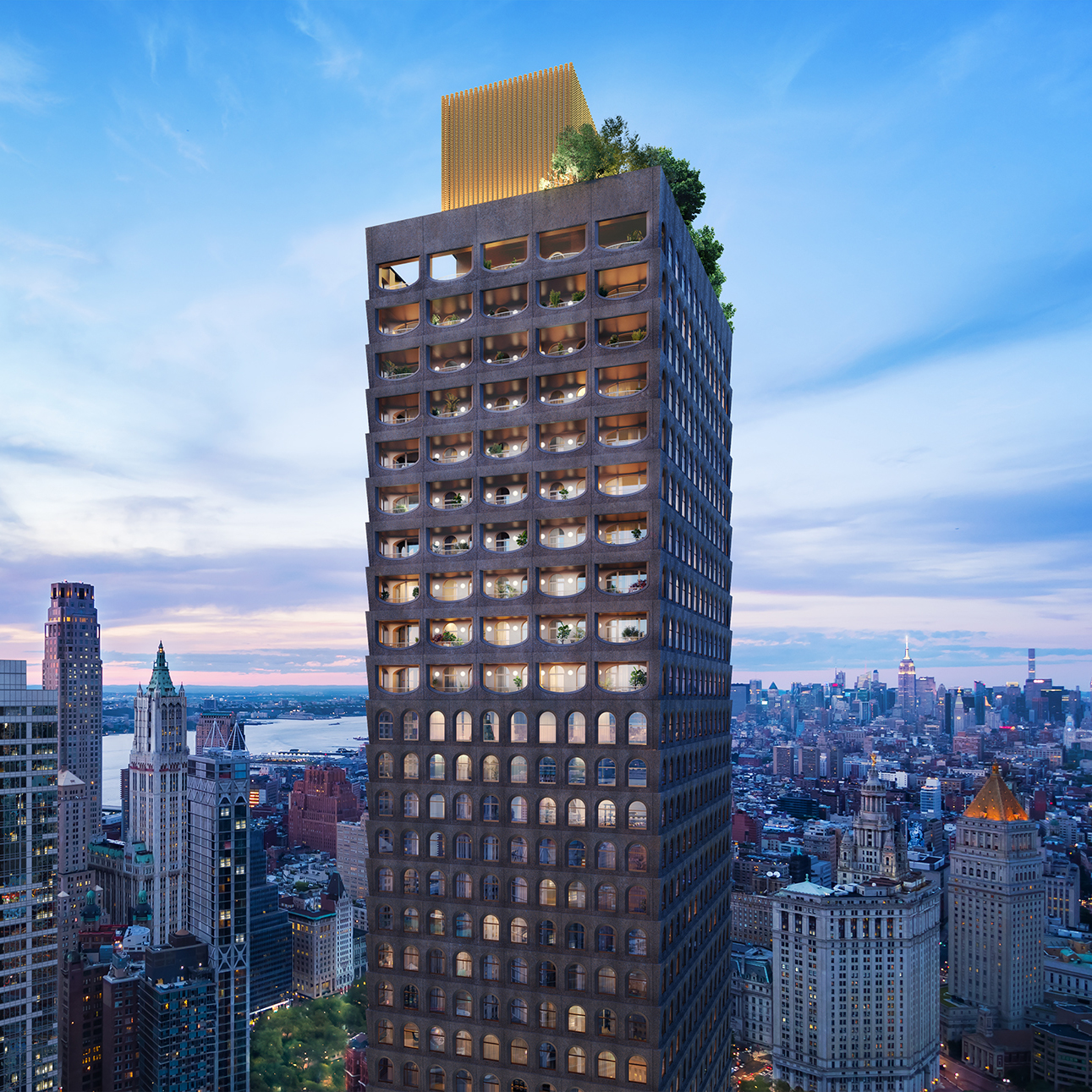 Staying in America, the practice’s first New York high-rise will be a 66-storey concrete skyscraper in Downtown Manhattan, which is scheduled to complete in 2020.

Designed with Hill West Architects, the residential tower in the financial district will have a textural hand-cast concrete exterior, designed to complement the materiality of the surrounding historic, brick commercial buildings.

Find out more about 130 William Street › 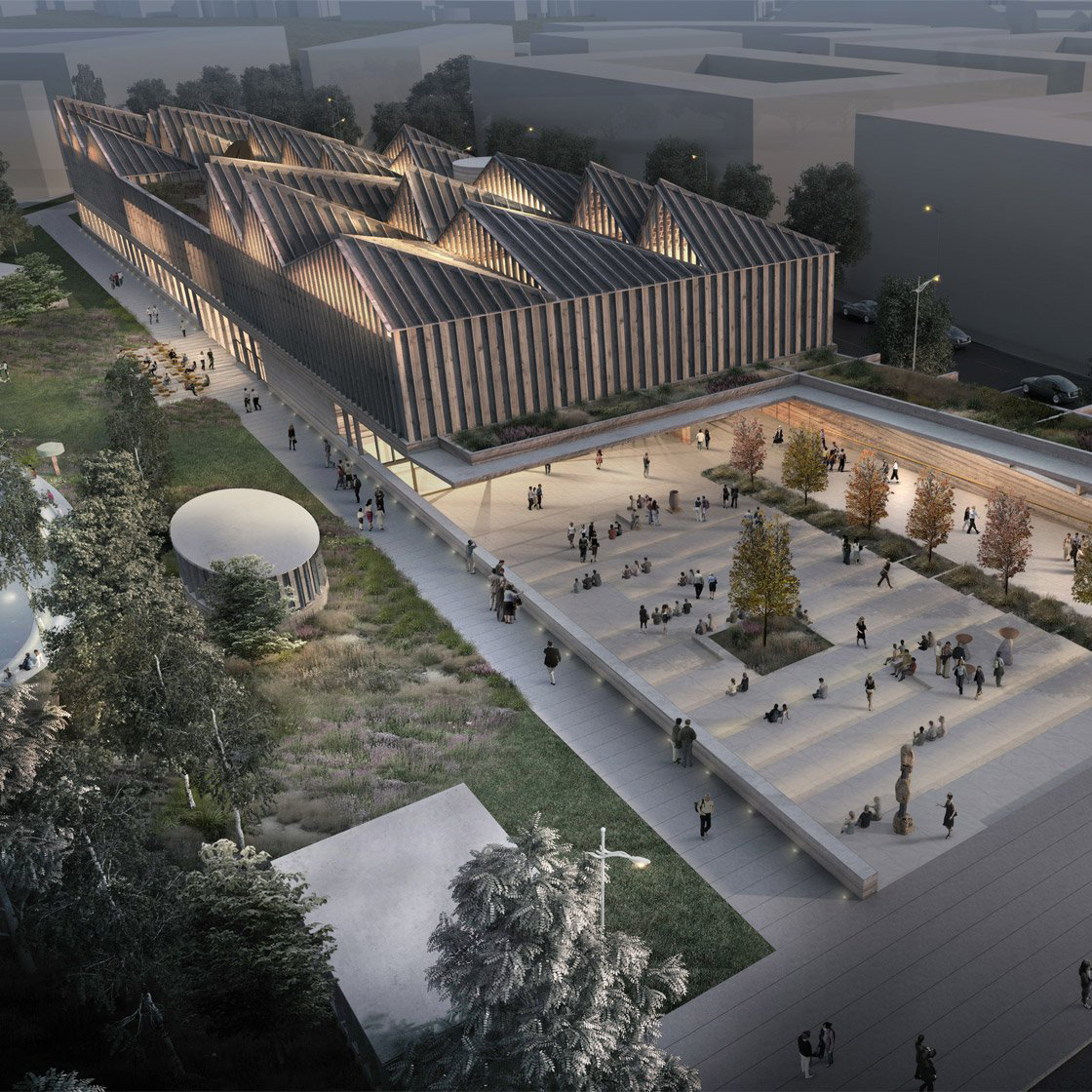 Located at the edge of Riga‘s Art Nouveau district, this major new €30 million (£24 million) art museum  is due to complete in 2021.

The winner of an international design competition, the building will have an angular roofscape, referencing the traditional wooden houses of domestic Baltic architecture.

Find out more about Latvian Museum of Contemporary Art › Working with Israeli architect Ron Arad, Adjaye Associates is designing the UK’s National Holocaust Memorial to be built in a park near the Houses of Parliament in London.

The ground-level memorial, which will stand above a subterranean learning centre, is due to be complete in 2021.