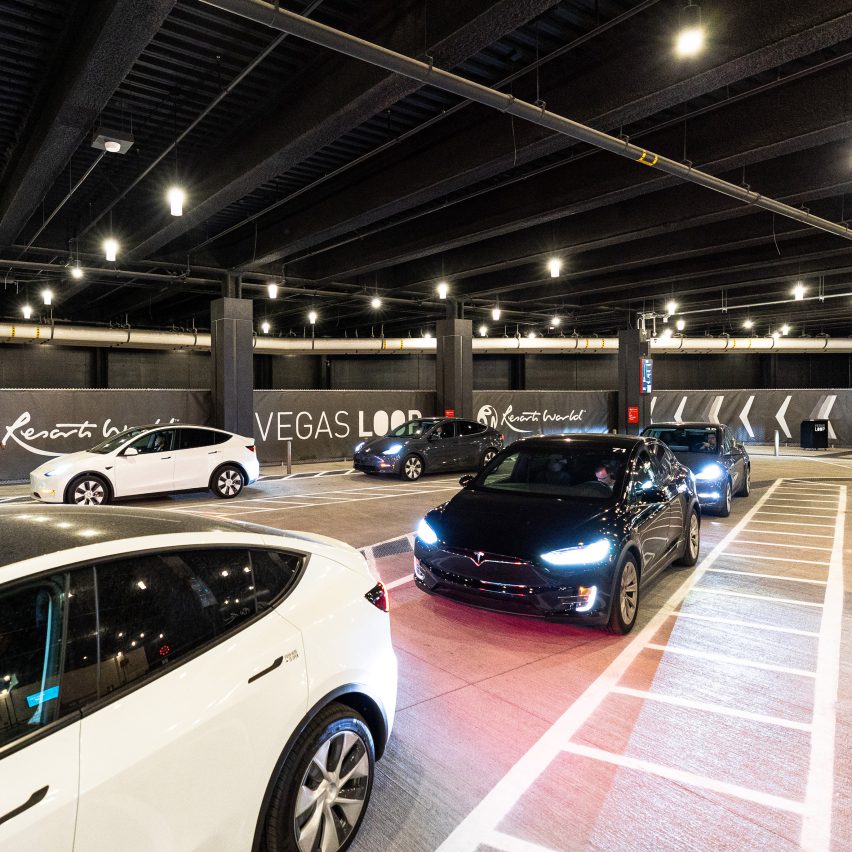 Elon Musk‘s infrastructure firm The Boring Company has opened the first of around 55 stations that are set to be constructed as part of a tunnel network underneath Las Vegas, which will see passengers carried across the city in a fleet of Teslas.

The newly opened stop, located at the Resorts World Las Vegas hotel complex, is an extension of The Boring Company‘s existing three-stop tunnel system underneath the Las Vegas Convention Center (LVCC), which opened in April 2021.

It is the first station to be completed as part of the larger Vegas Loop, which will connect the LVCC with popular destinations along the Las Vegas Strip and downtown Las Vegas via 34 miles of tunnels.

Eventually, The Boring Company claims the transit system could transport “thousands of passengers per hour” while reducing a half-hour journey from the LVCC to the Strip to only three minutes.

“This milestone is an important step in the development of a game-changing transportation solution in Las Vegas,” said Steve Hill, president and CEO of the Las Vegas Convention and Visitors Authority (LVCVA).

Tunnel to be served by chauffeured Teslas

Unlike the Hyperloop system famously proposed by Musk in 2017 as a solution to urban congestion, the Vegas Loop will not see autonomous pods transported on high-speed skates that would allow them to reach speeds of more than 600 miles per hour.

Instead, the tunnels will be serviced by a fleet of human-controlled Tesla cars moving at just 35 miles per hour, in a concept that is jokingly known as “Teslas in Tunnels“.

Pedestrians would catch a ride in one of these vehicles, which would carry them directly to their destination rather than making multiple stops along the way like a traditional public transport system.

Musk has billed the tunnels as a solution to congestion, but the set-up has caused issues since it opened at the LVCC, with users complaining about traffic backups during busy events.

Las Vegas officials approved the expansion of the tunnel system to the Las Vegas Strip in October 2021, with another five-mile extension to downtown Las Vegas greenlit in June. 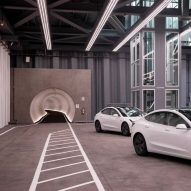 The Boring Company has previously stated that it will privately fund the project in collaboration with casinos and resorts like Resorts World Las Vegas, which will pay for the construction costs associated with their dedicated stations.

Full-scale Hyperloop to be tested in 2022

Eventually, Musk says he hopes the transit systems could function with self-driving Teslas and autonomous electric pods on high-speed skates, as outlined in his original Hyperloop proposal.

Full-scale testing for this Hyperloop concept is set to begin later this year, according to Musk.