Vernacular American architecture is removed from its context, distorted and turned into fantastical patterns in this manipulated photography set by architect and designer Eric Randall Morris. 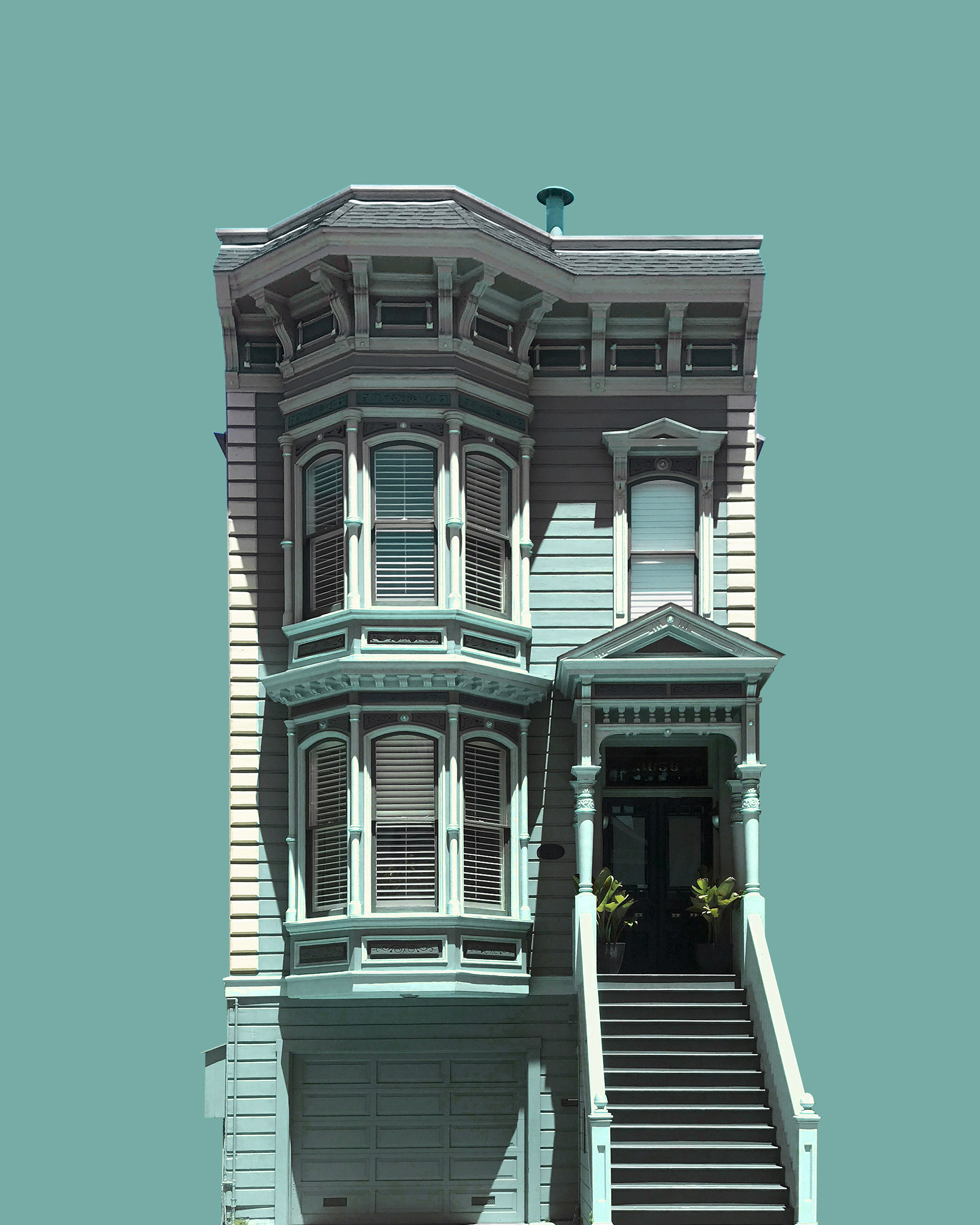 The ongoing series, titled An American Hyperreality, “explores a distorted vision of the American dream” according to Morris. 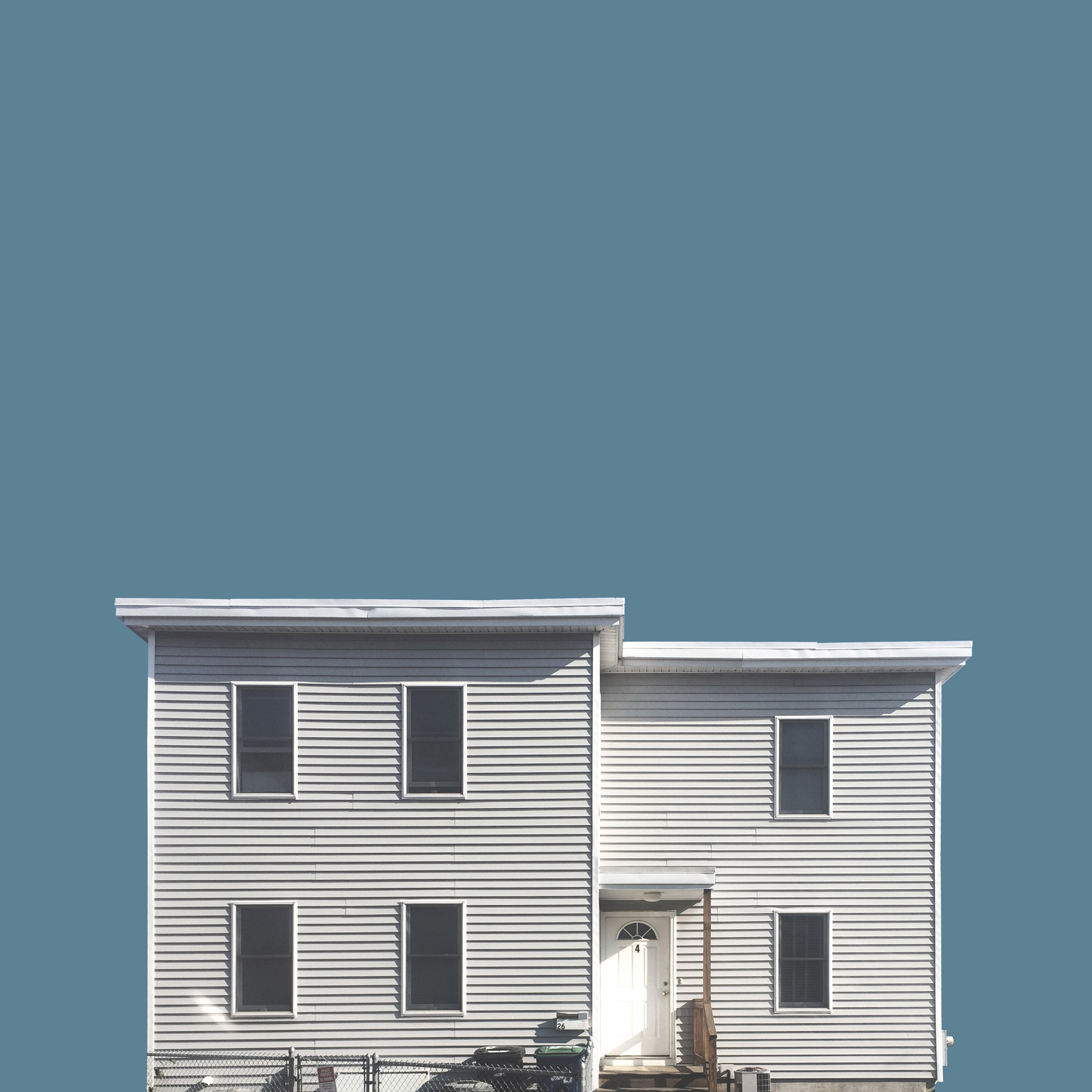 The set is roughly split into two types of image. The first simply places cut-outs of typical houses on single-coloured backgrounds, with the hues chosen from small portions of the photos like window blinds, painted details, or shadows. 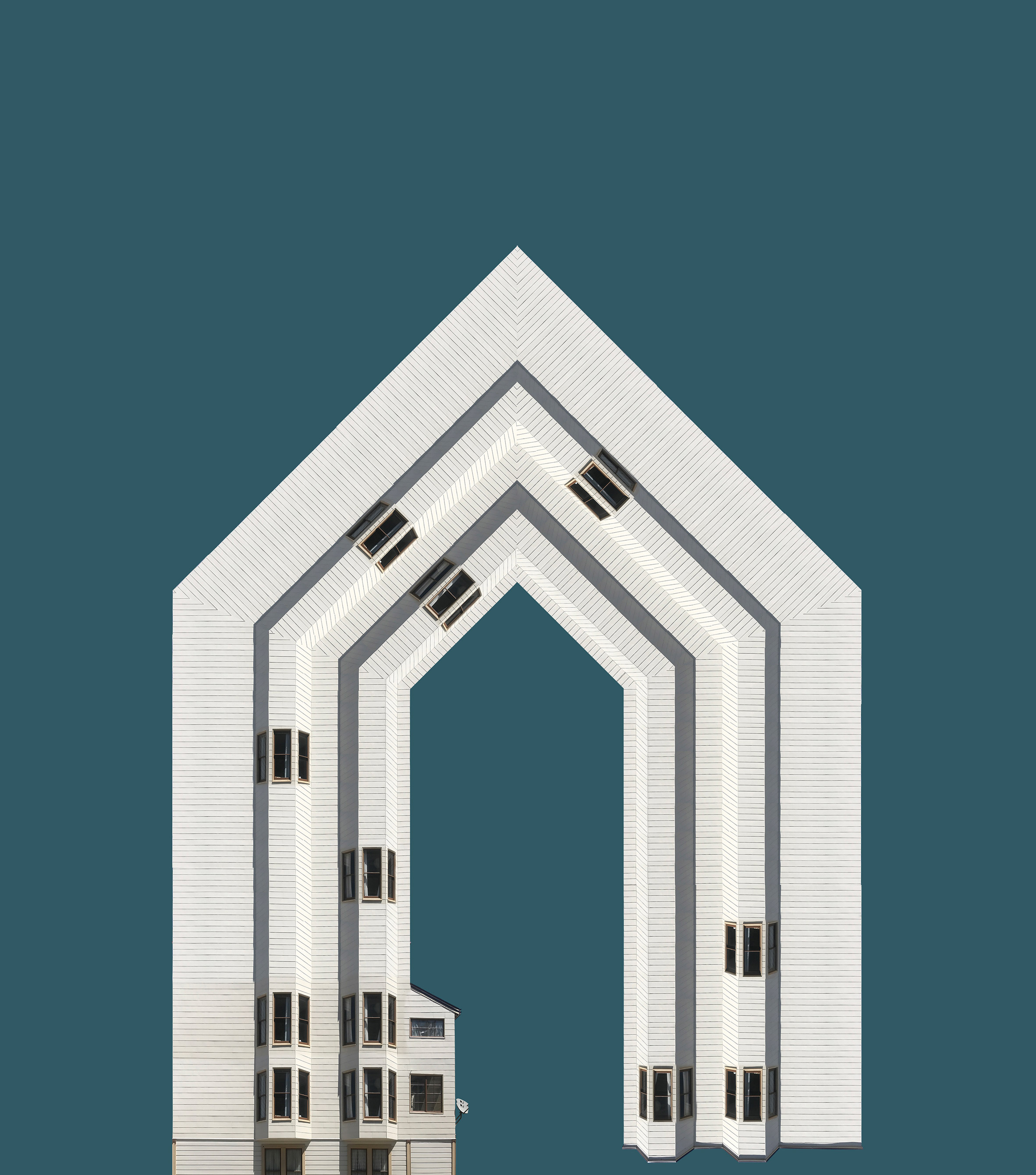 These are intended to demonstrate and magnify the differences between styles of the USA’s residential architecture, from simple wood-sided dwellings to elaborate Victorian homes. 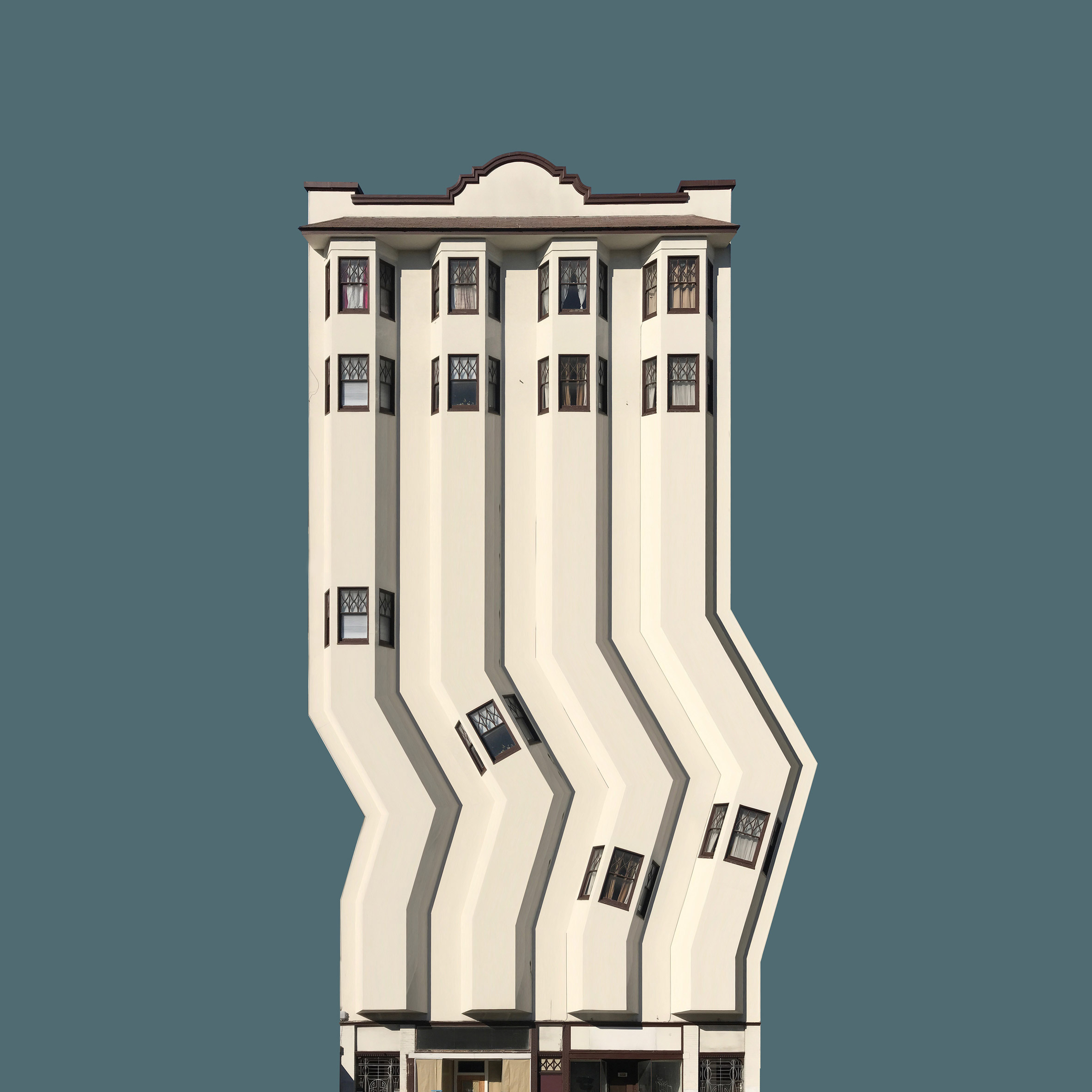 The second half features elevations of both historic and contemporary buildings that are bent and extended into improbable architectural forms. 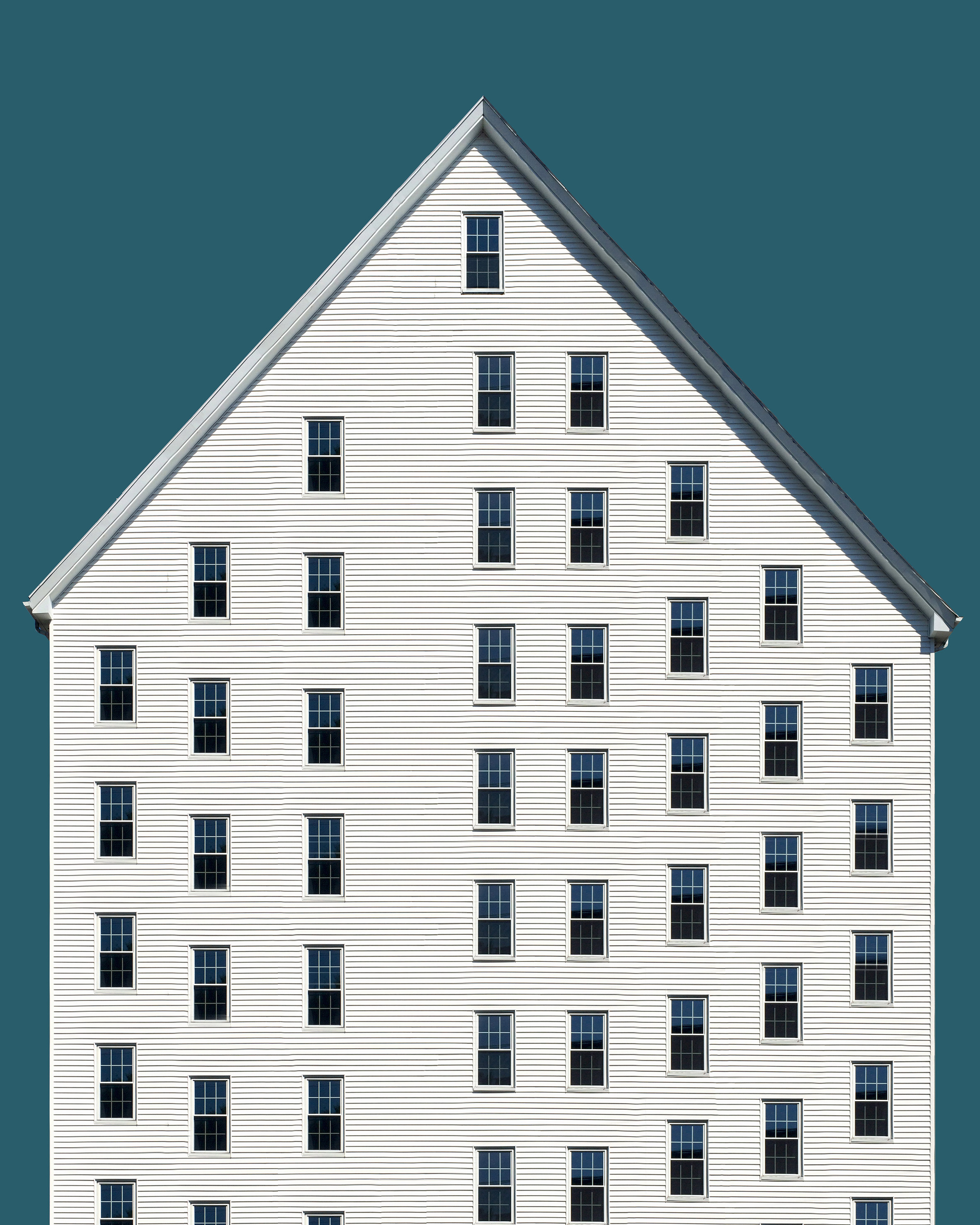 For example, a simple gabled house has been stretched and given far too many windows, while a block with an ornately corniced roof is altered to have a ziz-zagging profile. 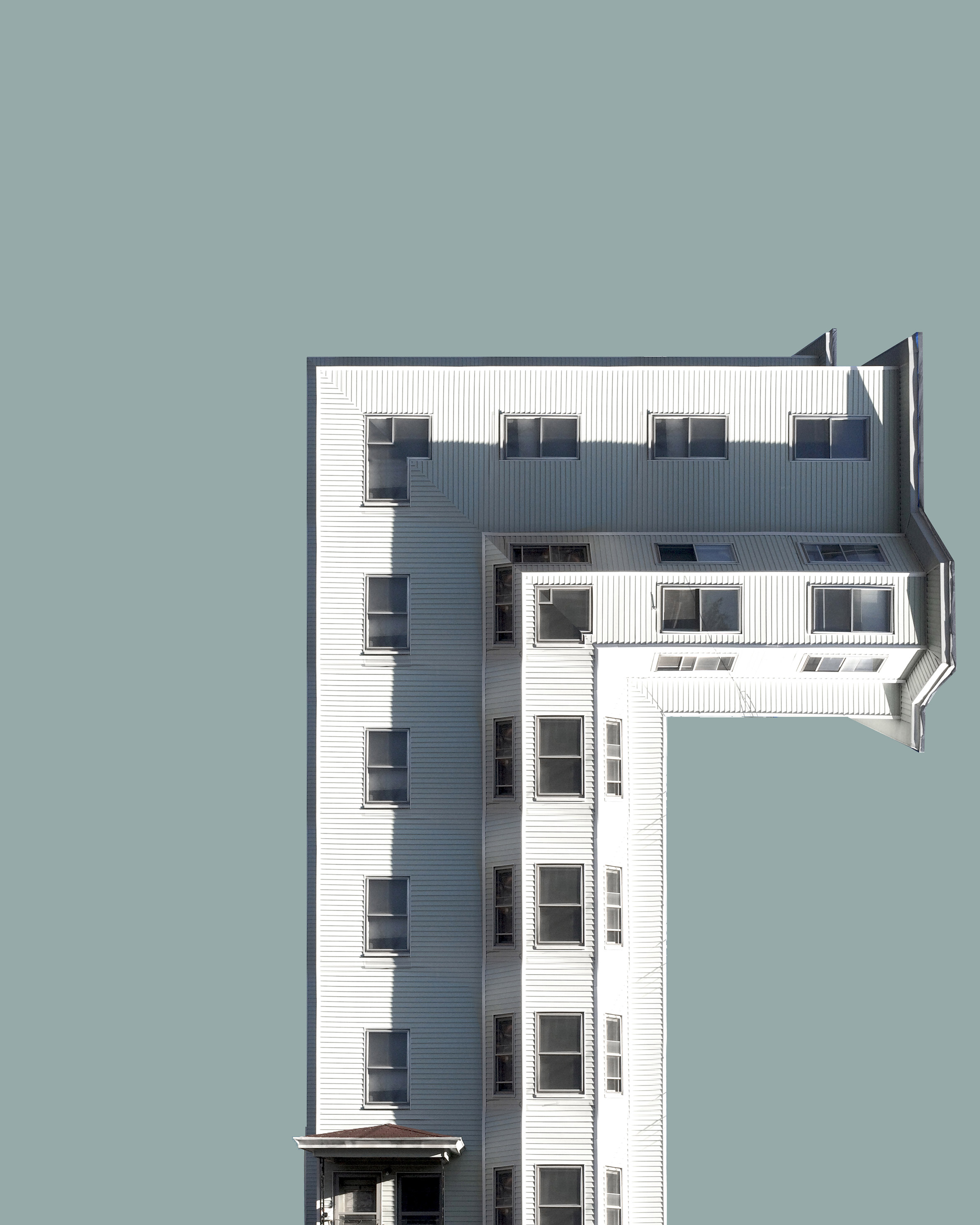 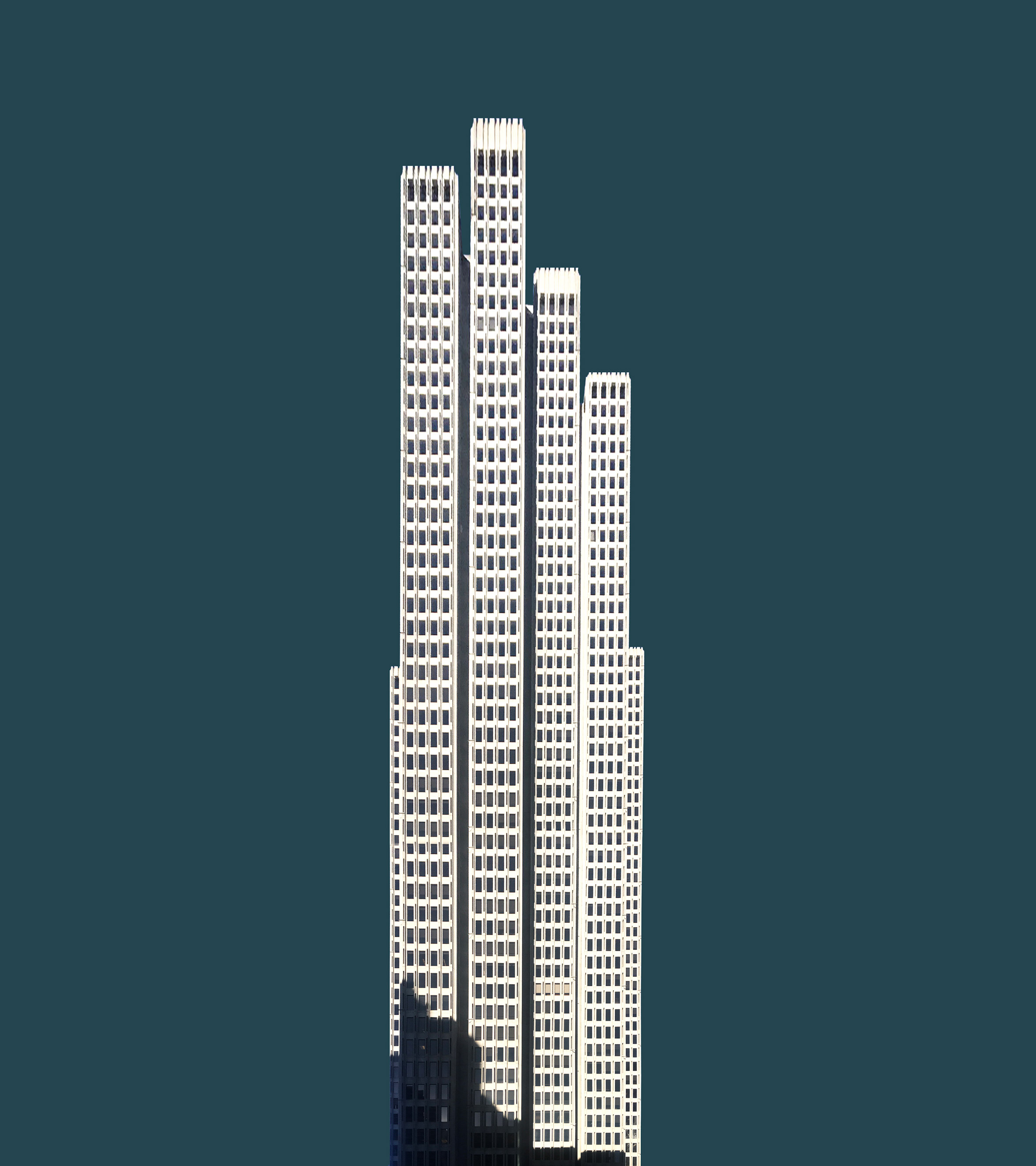 Windows on skyscrapers become thin stripes, and balconies are turned into hypnotic spirals. 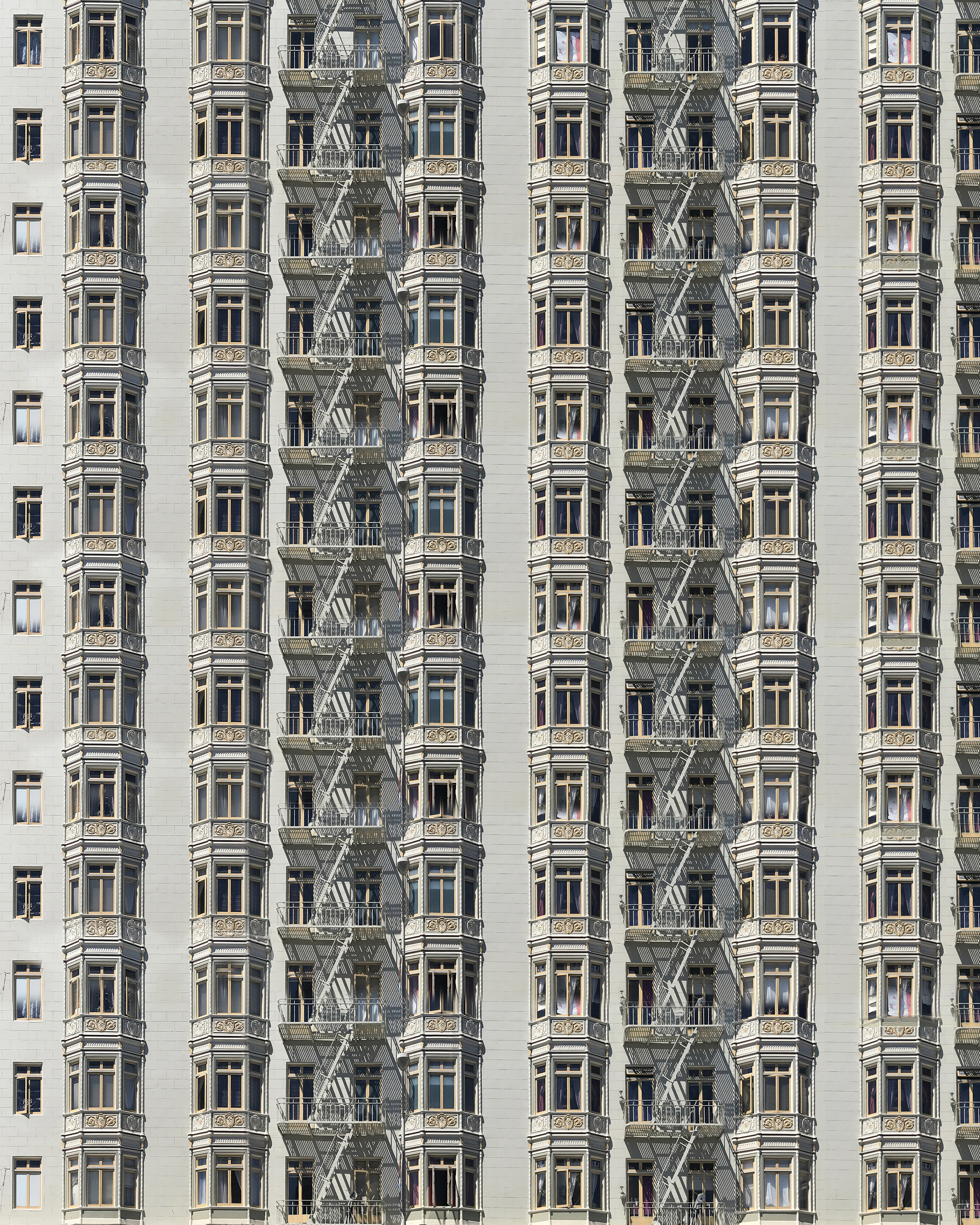 The American architect and designer began the project by documenting the buildings on his commute, highlighting their unusual qualities by taking them out of context. 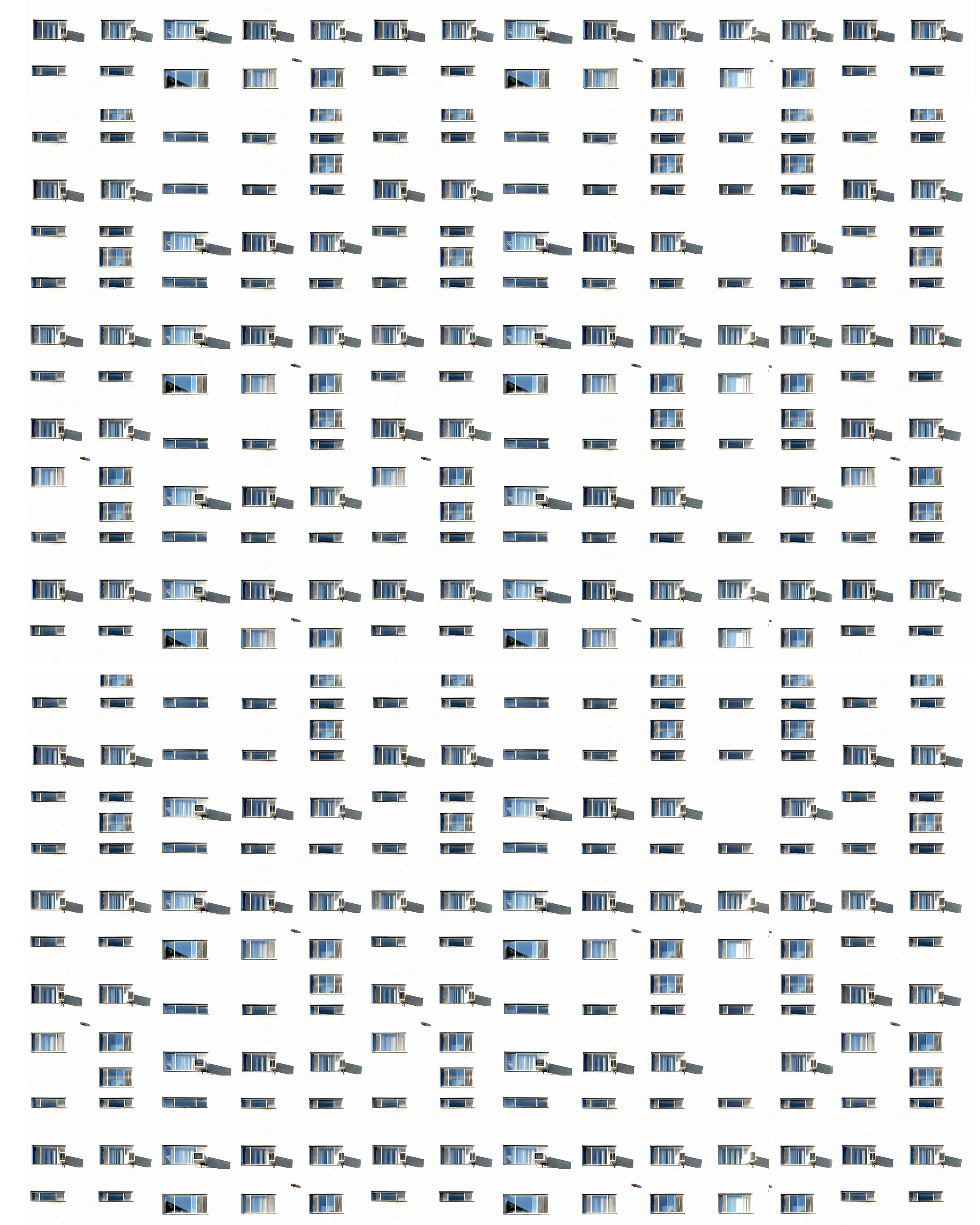 “As the the work developed,” he said, “priorities shifted, and I realised the story I was telling was not about my surroundings or the streets I walked, but it became an exercise in visual storytelling; translating daydreams into the various architectures I was photographing.” 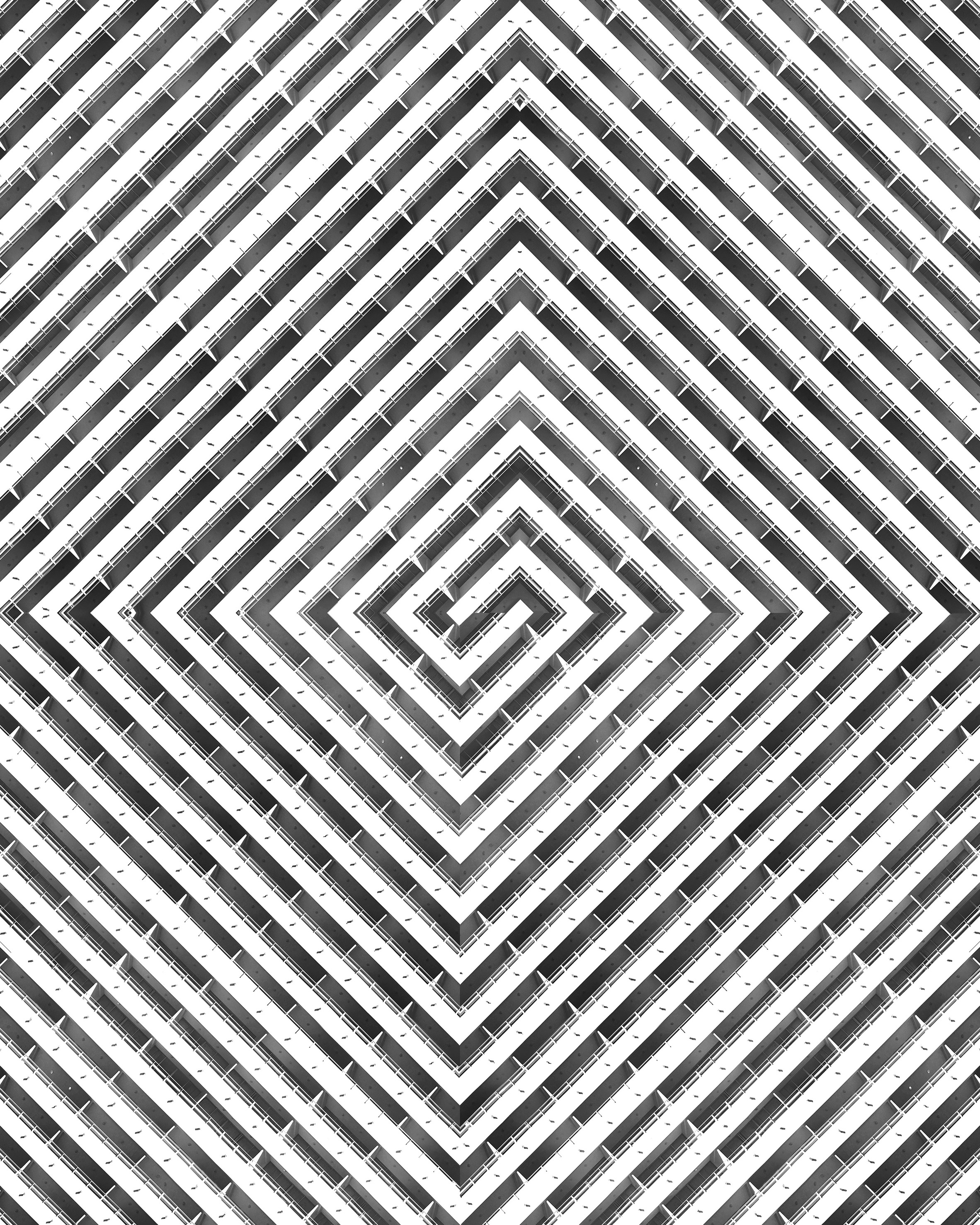 Morris describes scenes he creates as part wonderland, part nightmare, and aims to balance them between fact and fiction. 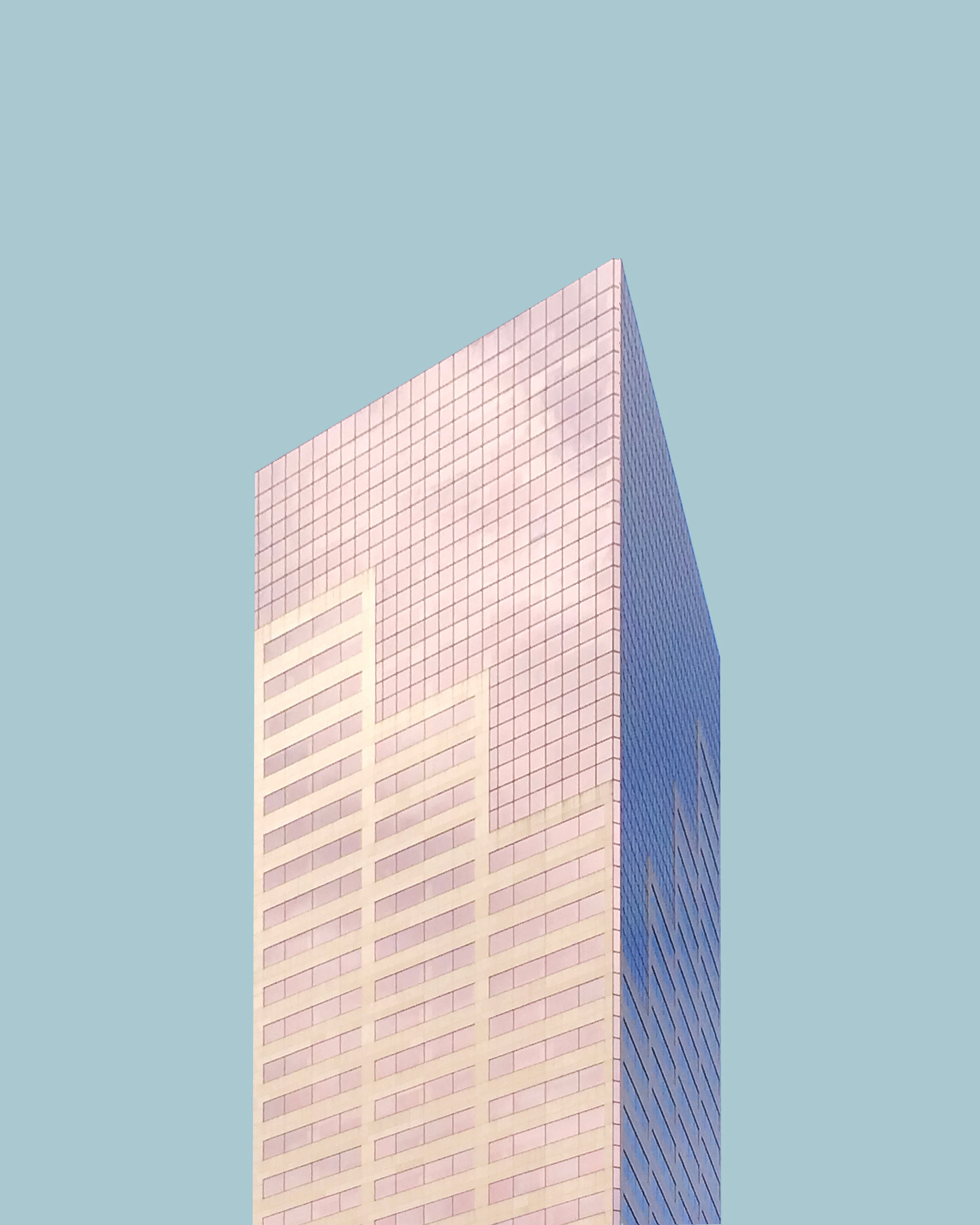 Computer software like Photoshop has previously resulted in similar playful experiments with architectural forms. Buildings have been given colourful makeovers, dismantled to show all their parts, and turned inside out to create striking imagery. 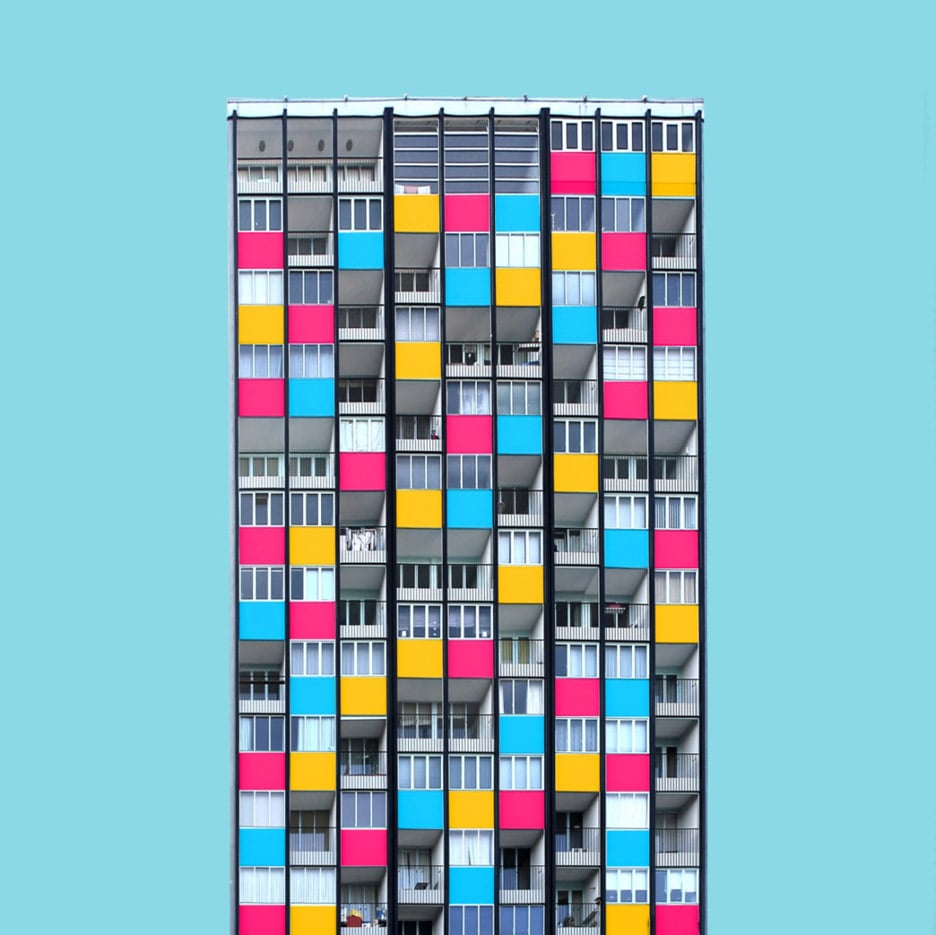