An “obese house” by Austrian sculptor Erwin Wurm has been installed on the lawn outside an 18th-century palace in Vienna.

Wurm first created the Fat House in 2003, as a commentary on middle-class consumer culture. It is now on show outside the Upper Belvedere, one of Vienna’s most important examples of baroque architecture. 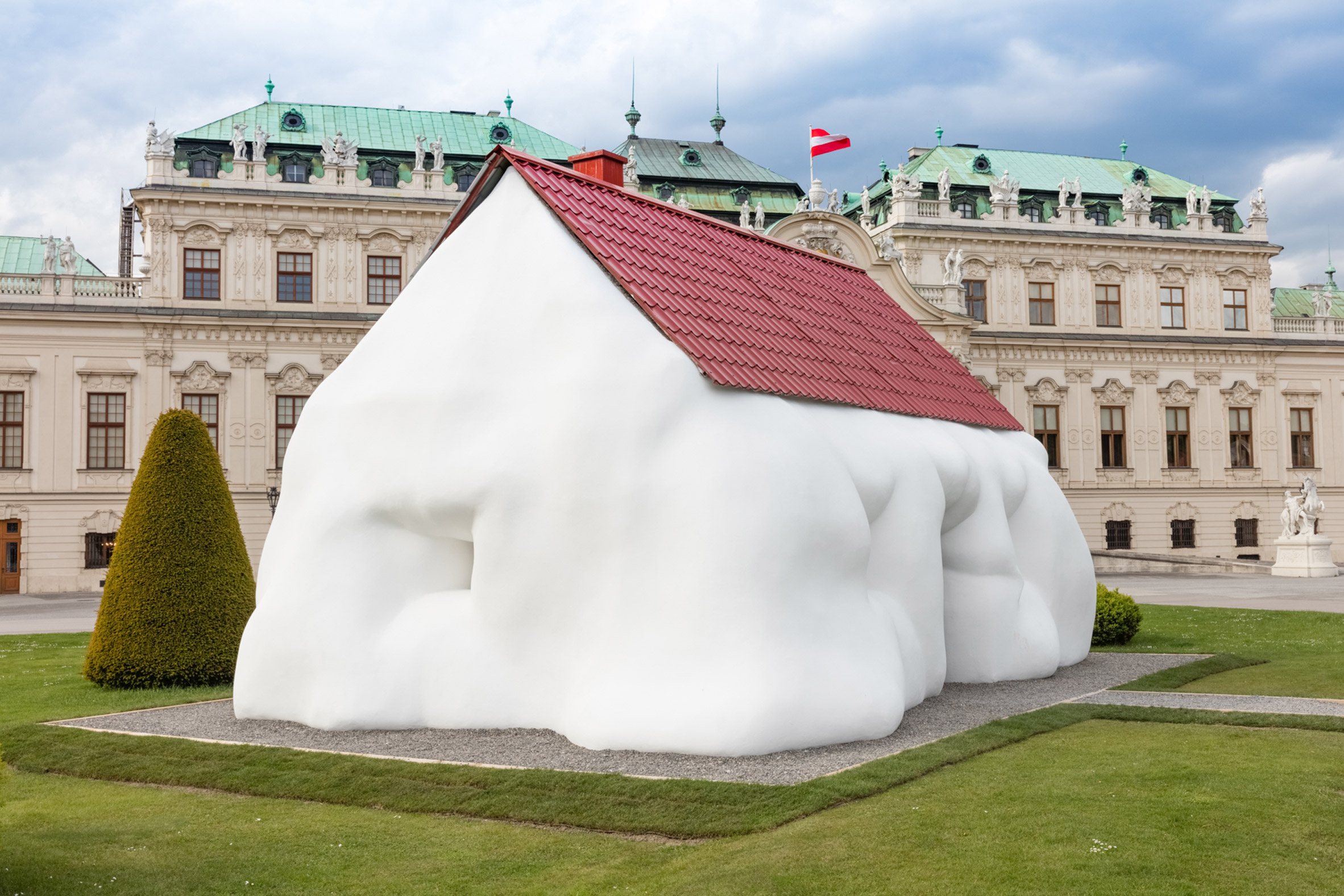 The seven-metre-high sculpture is similar in form to a conventional suburban house, with a pitched tile-clad roof, a central door and windows either side. But its walls appear to have swollen out, so they look more like fatty flesh than an architectural structure.

These bulging surfaces were created using polystyrene, which wraps a metal framework. 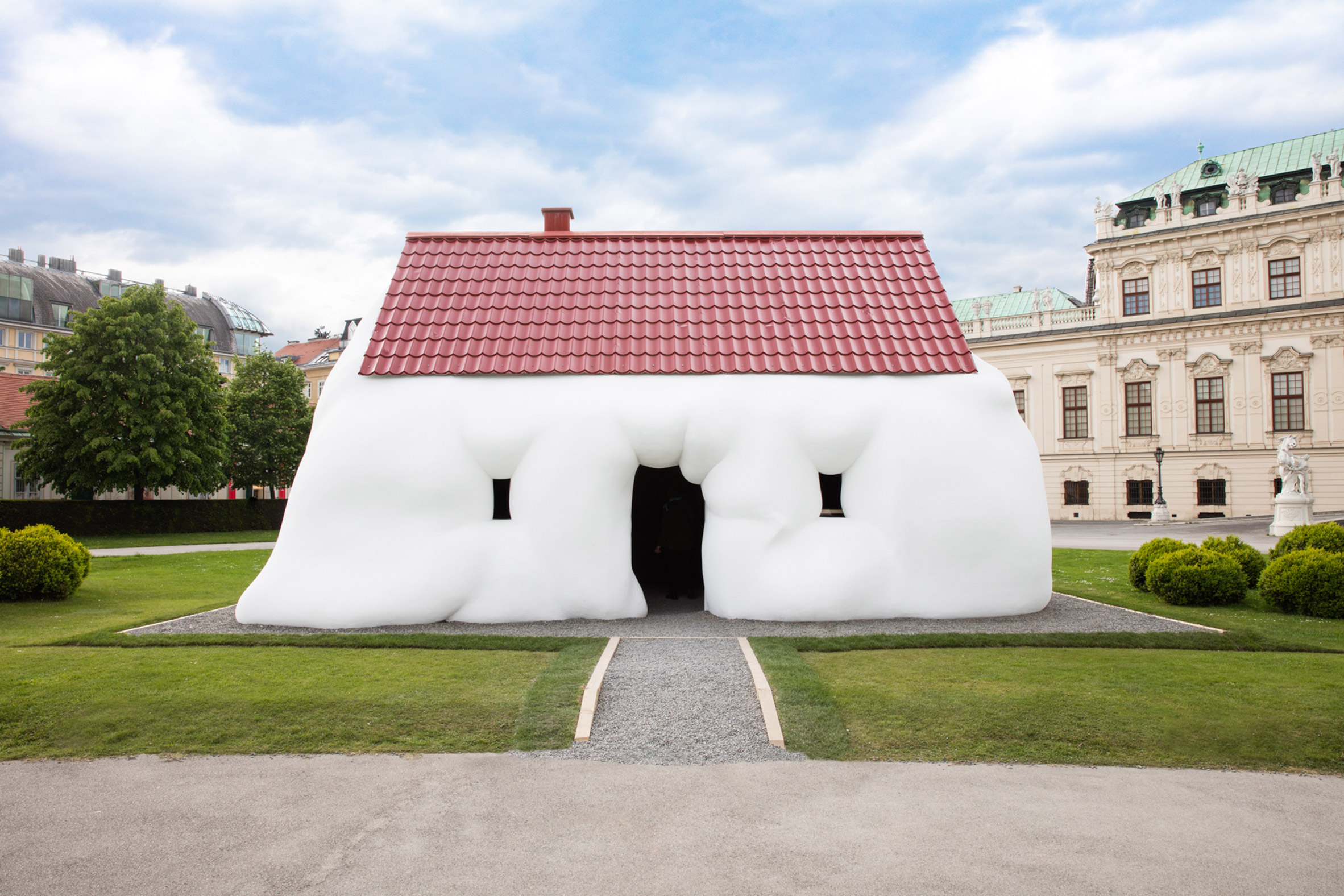 Wurm, 63, is one of Austria’s best-known contemporary artists. Best known for works like his One Minute Sculptures, which featured in a Red Hot Chili Peppers music video, he was this year selected as one of the curators of Austria’s national pavilion at the Venice Art Biennale. 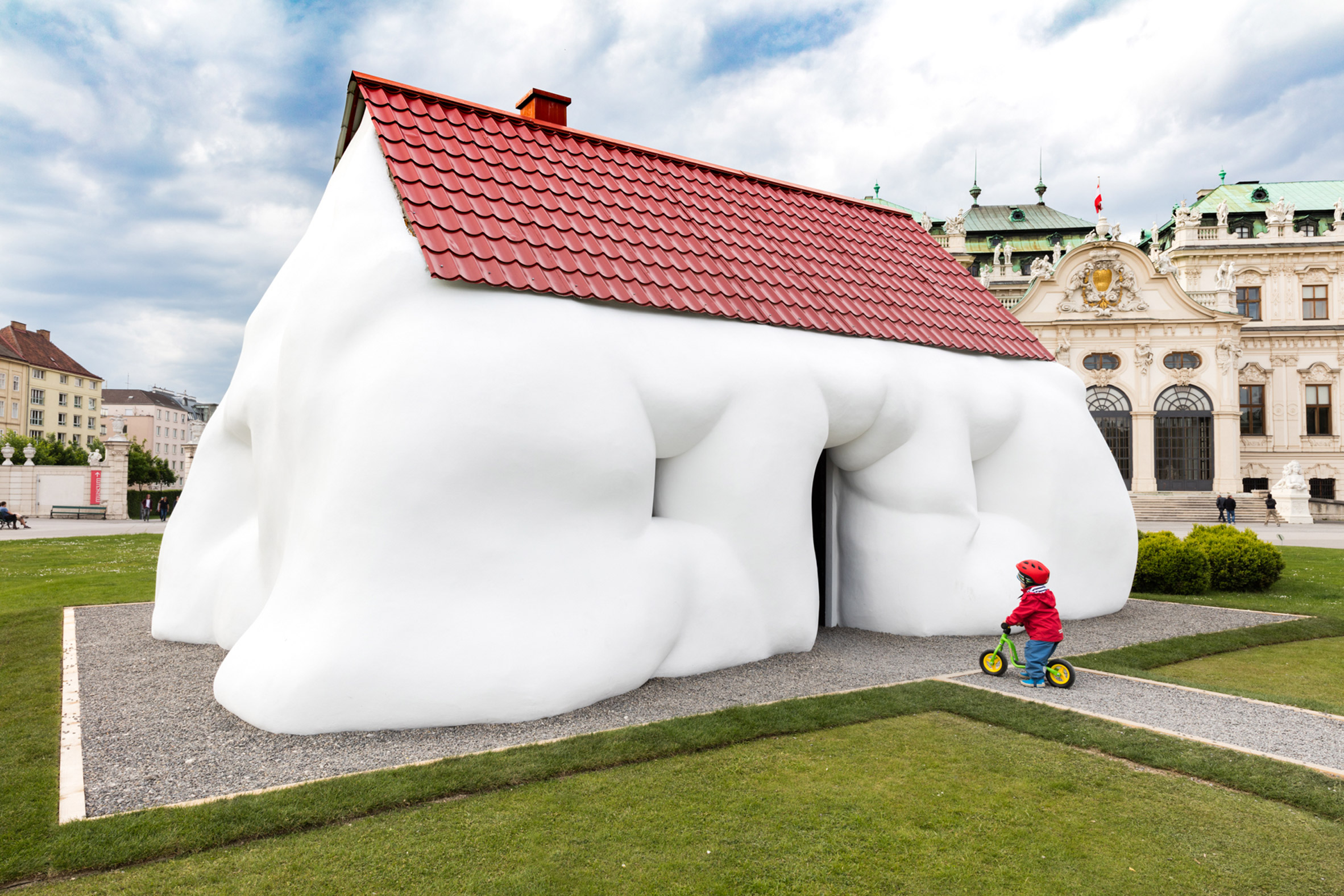 He is currently showing his latest sculpture series at 21er Haus, a contemporary art museum located in the same gardens as the Belvedere palaces. Called Performative Sculptures, the exhibition features 54 clay sculptures and statues he has created over the past six years.

The gallery hopes that Fat House, which was acquired for the Belvedere collection last year, will entice more people to visit the show. 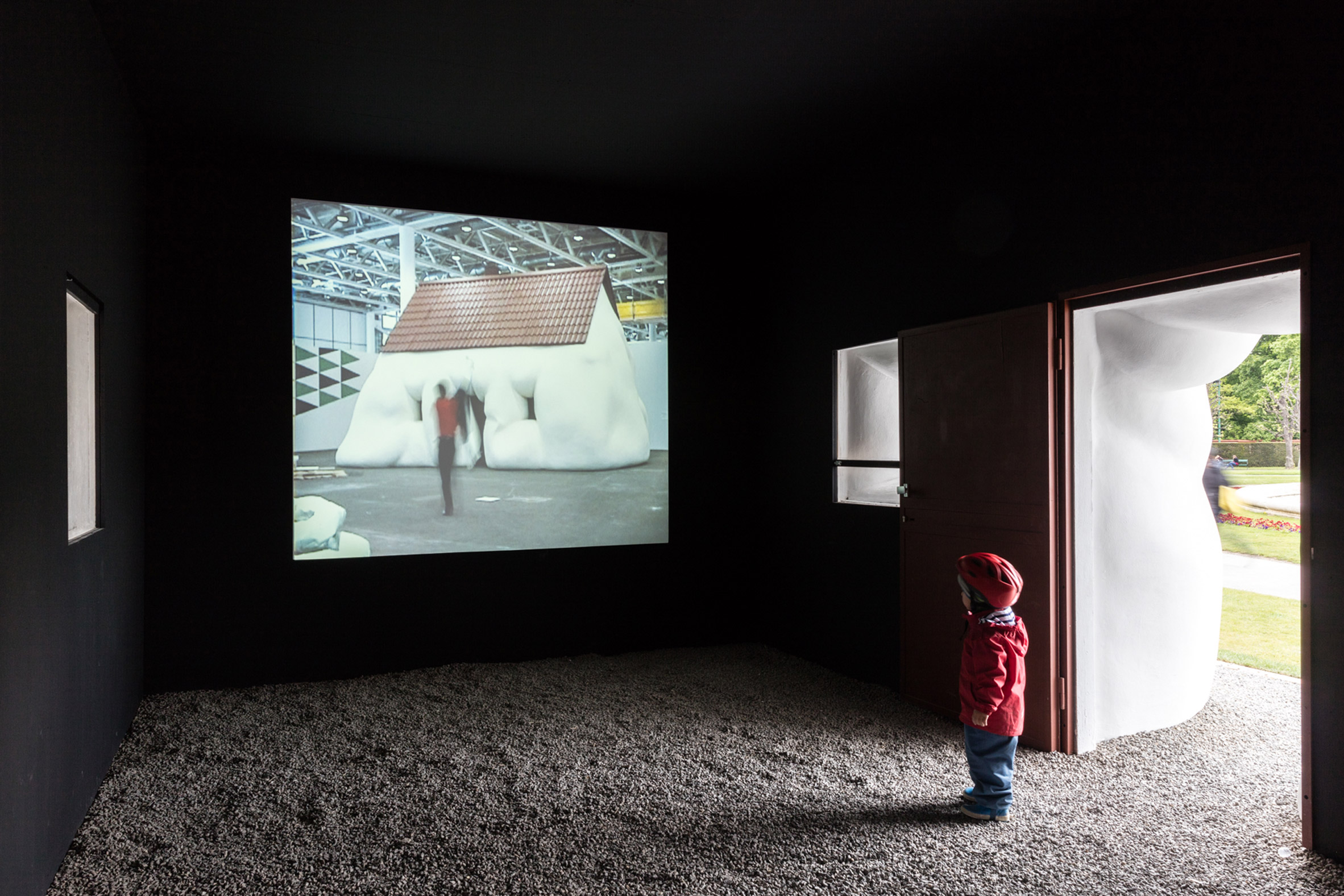 The structure will remain in place until 10 September 2017, and is free to enter between 10am and 6pm every day.

Inside, visitors can watch a movie documentary showing Wurm and collaborator Brigitte Kowanz preparing for the Venice Biennale. 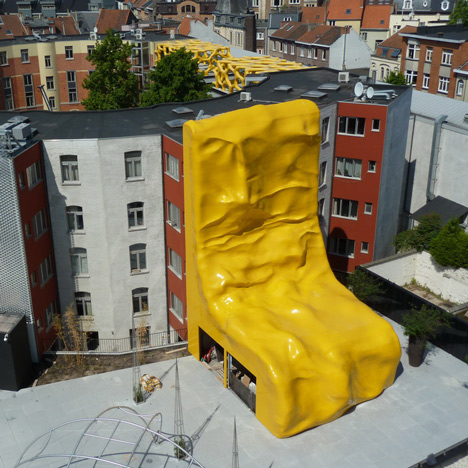