Students from ETH Zurich have pioneered a method of casting complex, one-off architectural structures from metal in 3D-printed moulds.

Deep Facade, a six-metre-high aluminium structure with ribbons of metal looped in an organic fashion that recalls the folds of the brain’s cerebral cortex, is the first metal facade cast in 3D-printed moulds.

The facade was created by masters students on the Architecture and Digital Fabrication course working with senior ETH Zurich senior researcher Mania Aghaei Meibodi, whose research explores how 3D printing can be used to create bespoke metal building elements. 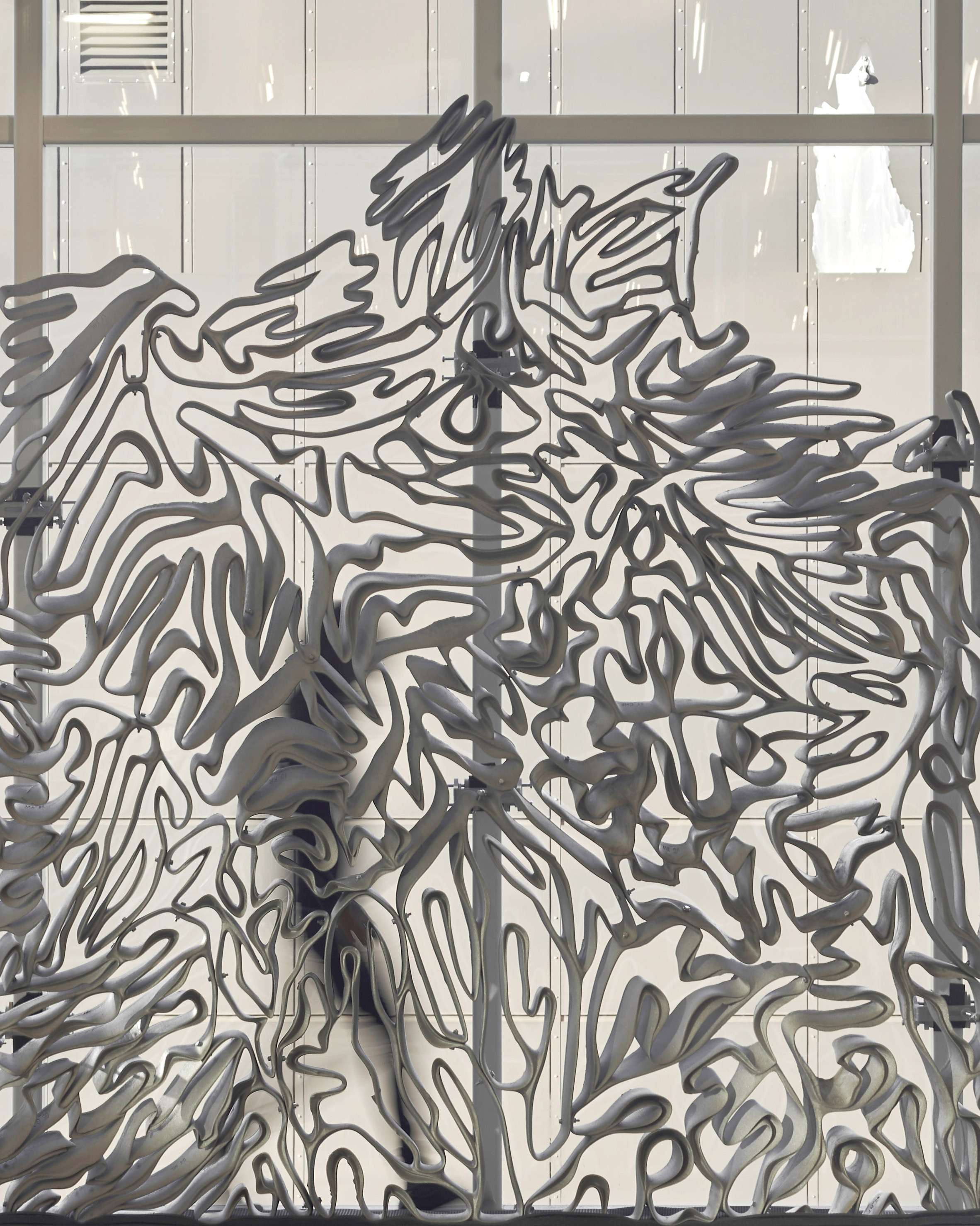 Deep Facad follows on from another innovative work created by last year’s students – the Digital Metal Pavilion, which Aghaei Meibodi says was the first architectural structure of any kind to make use of 3D-printed moulds.

The use of 3D printing in this way is significant as it provides a quicker, more cost-effective way to manufacture complex forms for custom architecture. 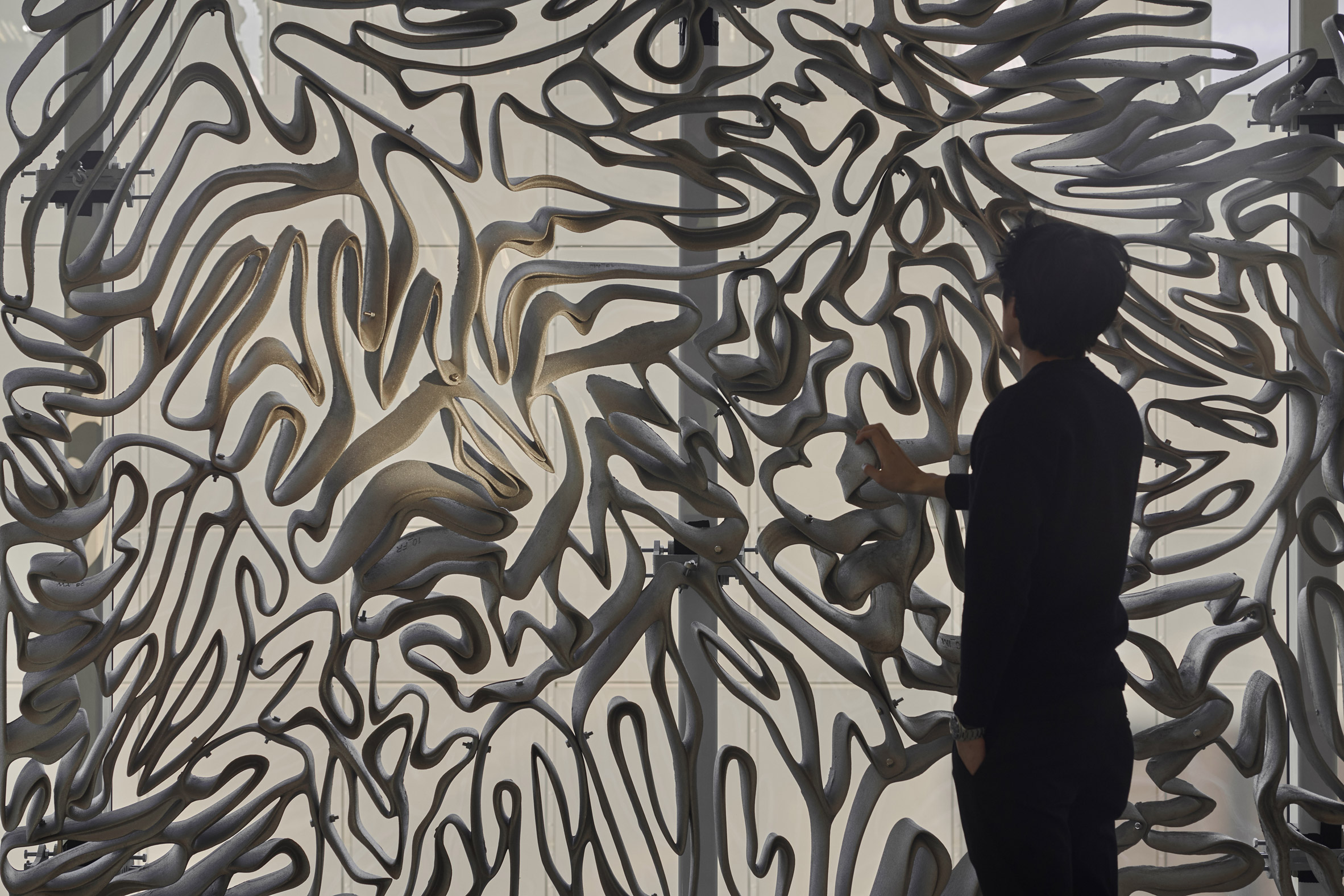 “Cast metal parts have a long tradition in architecture due to their extraordinary structural properties and possible 3D form,” Aghaei Meibodi told Dezeen.

“Today the amount of manual labour involved, especially in the mould-making process makes them too expensive.”

“With our approach using 3D-printed moulds, we make it possible and affordable again to fabricate bespoke structural metal parts — parts with unseen richness of detail and geometric complexity,” she continued.

“This approach can unlock an entirely new vocabulary of shapes for metal structures in architecture, previously unavailable with traditional mould-making systems.” 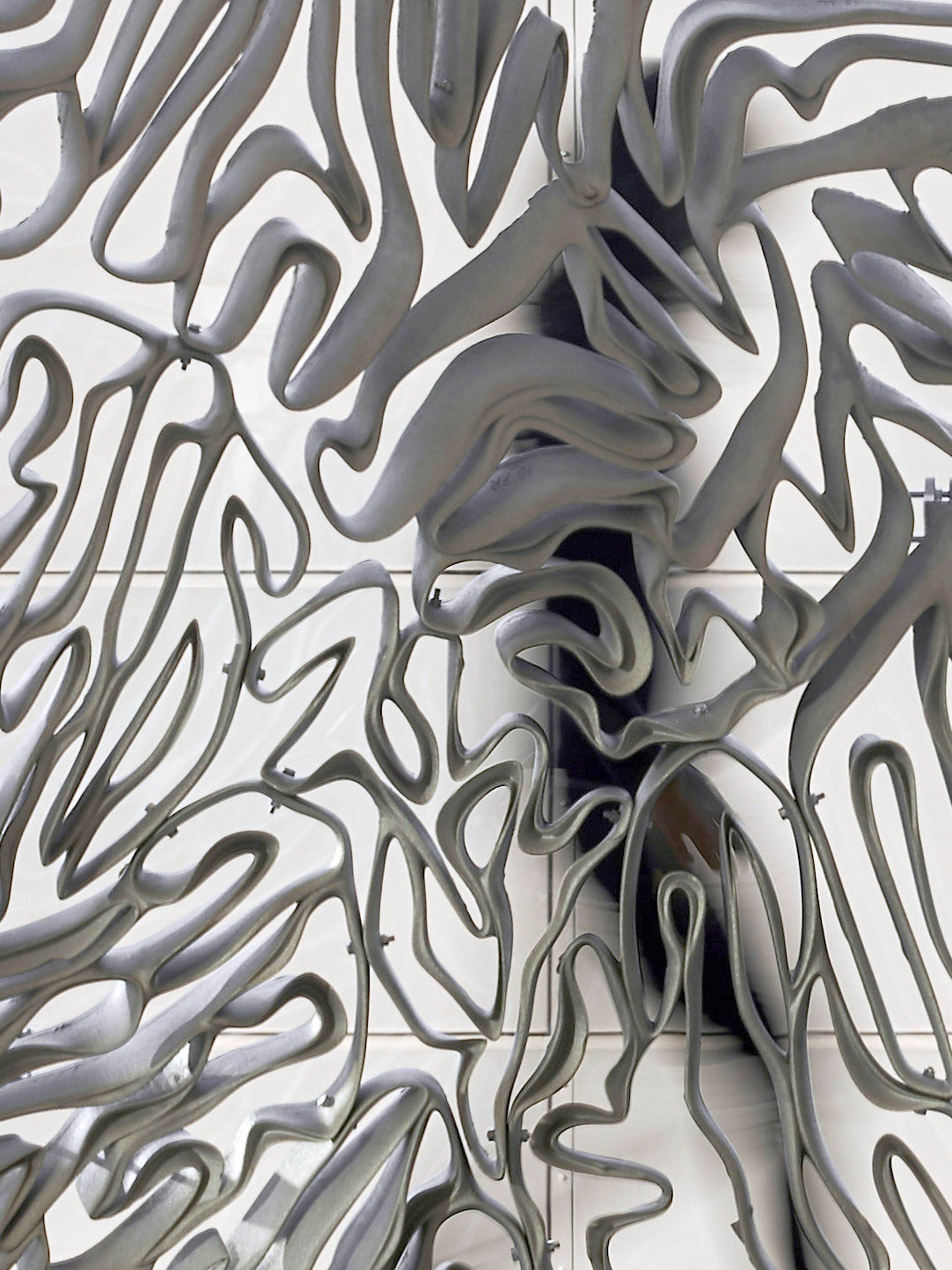 The process works well in conjunction with the computational design method known as topology optimisation, where strong, stable structures are realised with the minimum amount of material.

“Computational techniques such as topology optimisation allow designers to design lightweight parts, but the parts optimised with this technique are often difficult to manufacture through traditional methods,” continued Aghaei Meibodi, who is the university’s chair of Digital Building Technologies.

“Our proposed fabrication approach doesn’t encounter the same limits as traditional manufacturing methods and can go further with shape optimisation thanks to the ability of 3D printing to print complex moulds that could be used to fabricate more efficient structures.” 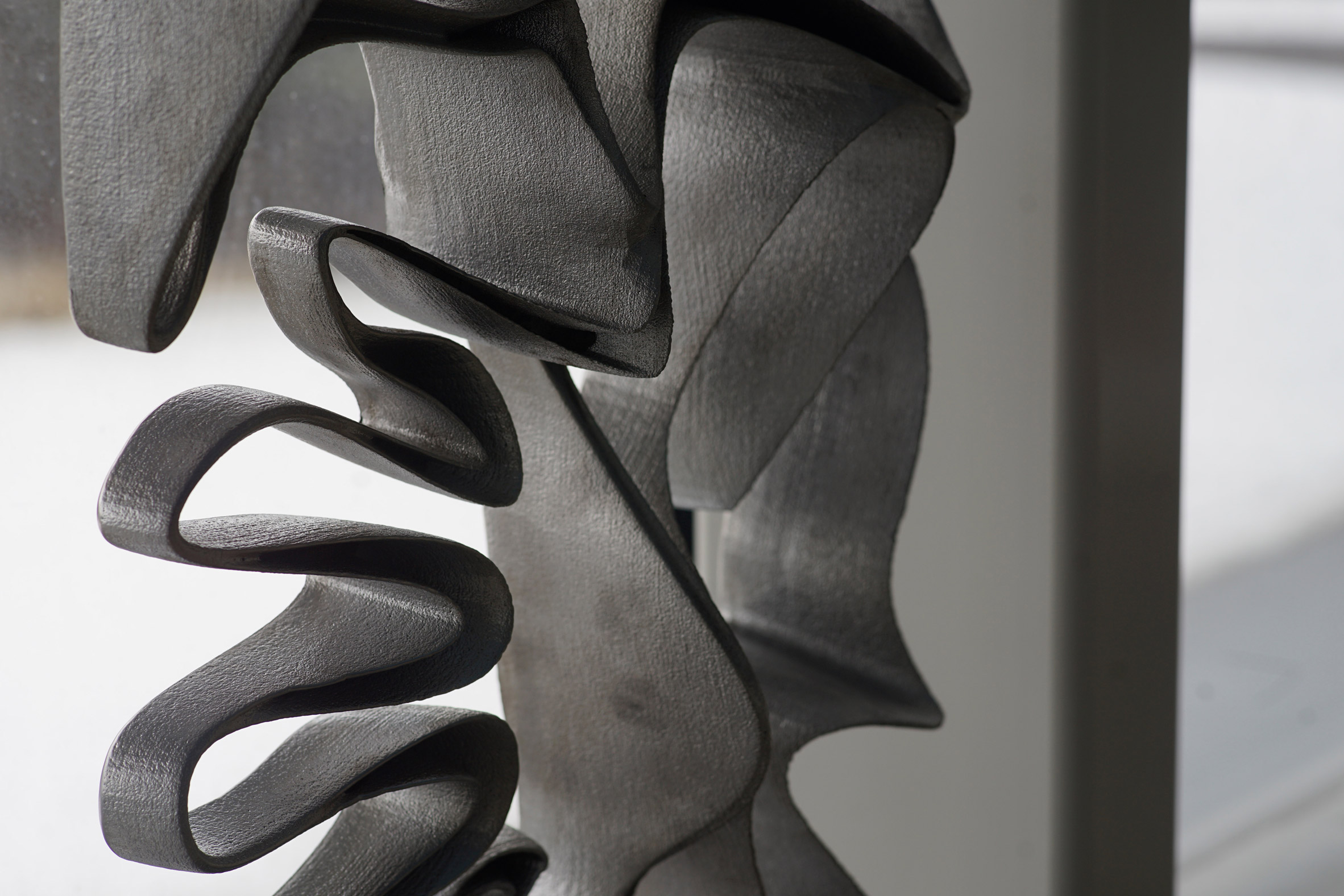 While metal can be 3D-printed directly — steel has recently been 3D-printed into a bridge in Amsterdam by MX3D — it is only useful to do so in some cases. Otherwise, Aghaei Meibodi says the process can be expensive, and only applies to a limited range of printable metal, with limited material properties.

The Digital Building Technologies group instead 3D-printed moulds from sand and cast molten metal in the traditional way.

“In this synergy we benefit from the geometric freedom offered by 3D printing and the structural stability of cast metal,” said Aghaei Meibodi.

The Deep Facade is made of 26 articulated panels, combined into a structure that’s six metres high and four metres wide. Its ornamental design is produced by a differential growth algorithm, meaning it mimics the development of certain living organisms.

The design is meant to highlight the “liquidity and strength” of metal — some sections could not have been rendered in other traditional materials like sandstone or concrete as they would have been too fragile. 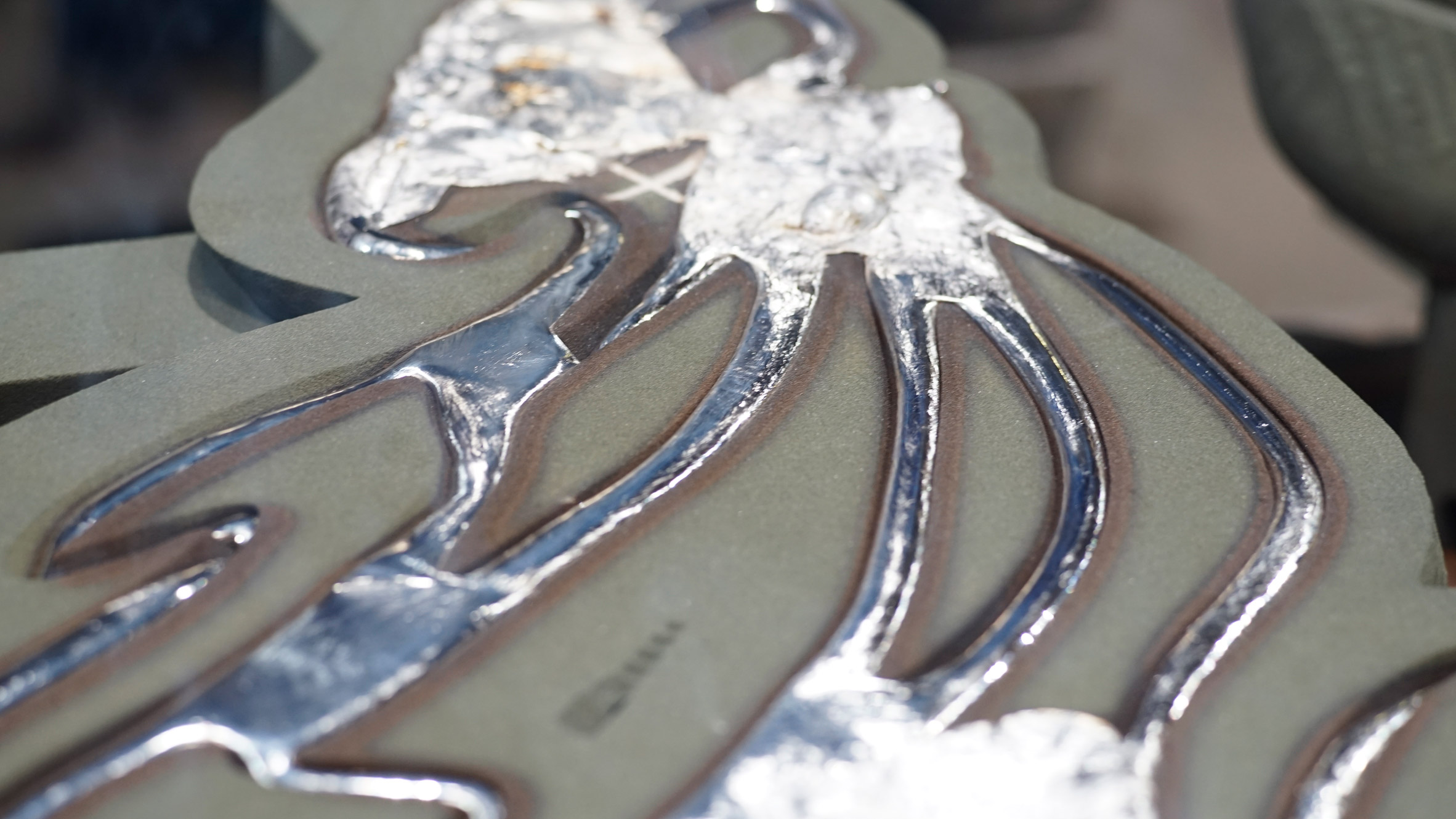 Aghaei Meibodi told Dezeen she would like to see her group’s process applied to a one-of-a-kind project on a large scale.

“With this new approach of casting metal, one can imagine a return of 3D detailing and 3D articulation, perhaps a fusing of ornament and structure,” she said.

“My dream application of it would be in the building envelope and interior structure of large spaces as large-span supporting structures.” 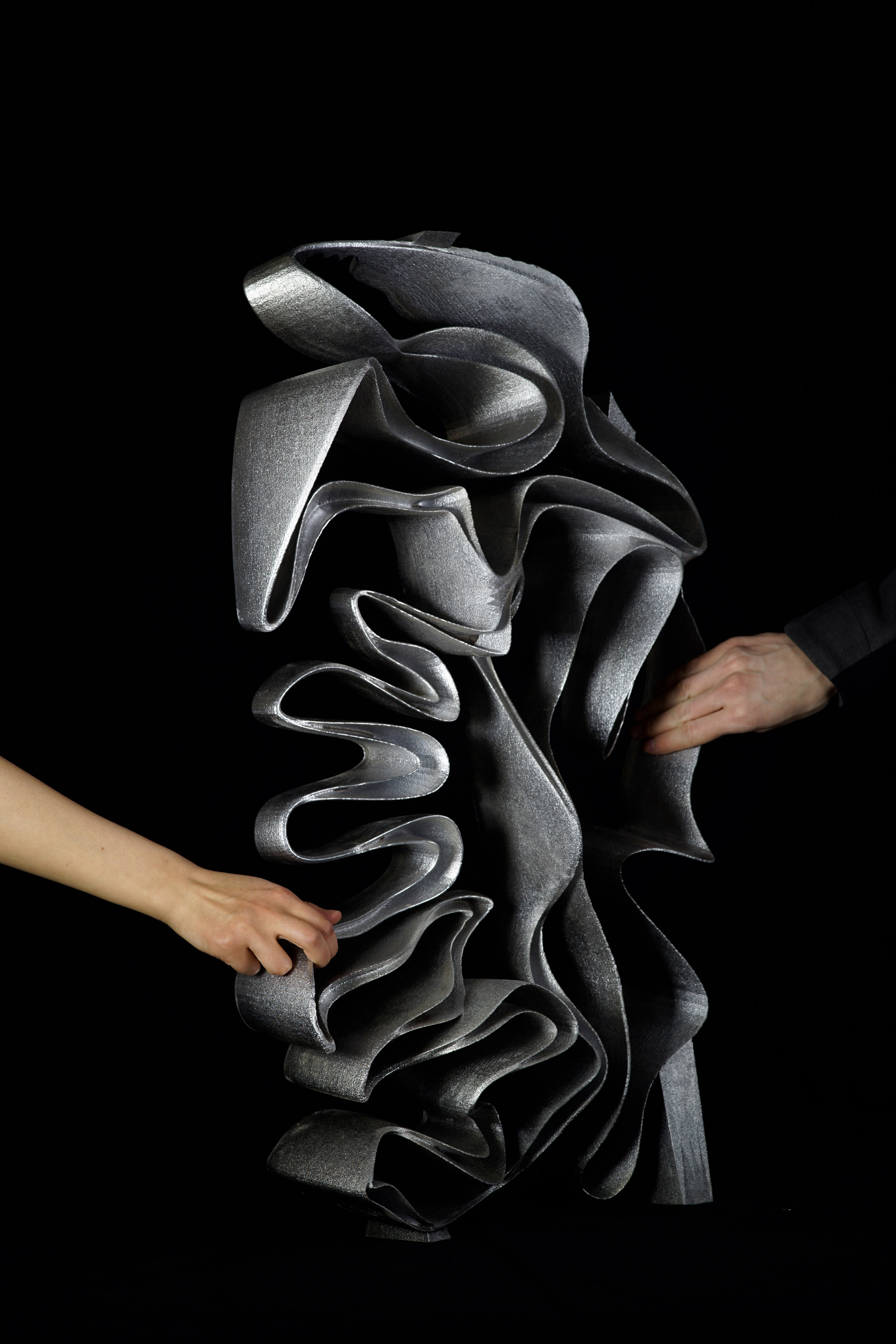