Jonathan Tuckey Design has revealed plans to extend the former home of Walter Segal with an addition like an “overgrown ruin”, while Turner Prize-winning collective Assemble has designed a shed for the garden.

London studio Jonathan Tuckey Design drew up the plans for Matt Gibberd, one of the founders of design-led estate agent The Modern House.

The two-storey brick extension, which has just received planning permission, will be affixed to a Victorian boundary wall between North Hill House and its 19th-century neighbour in Highgate, north London.

North Hill House was built by German architect Walter Segal in 1966. The architect –best known for his timber-framed self-build homes in southeast London – lived in the property with his family.

Assemble has also reinterpreted a Segal-designed shed that once stood in the garden, rebuilding it based on Segal’s housing designs.

“We enjoy the careful juxtaposition of new architectural elements with existing built context. This particular project was interesting because we had to deal with a modern heritage, as well as a Victorian one,” said Jonathan Tuckey. “We hope that this new extension will form a bridge between the two.” 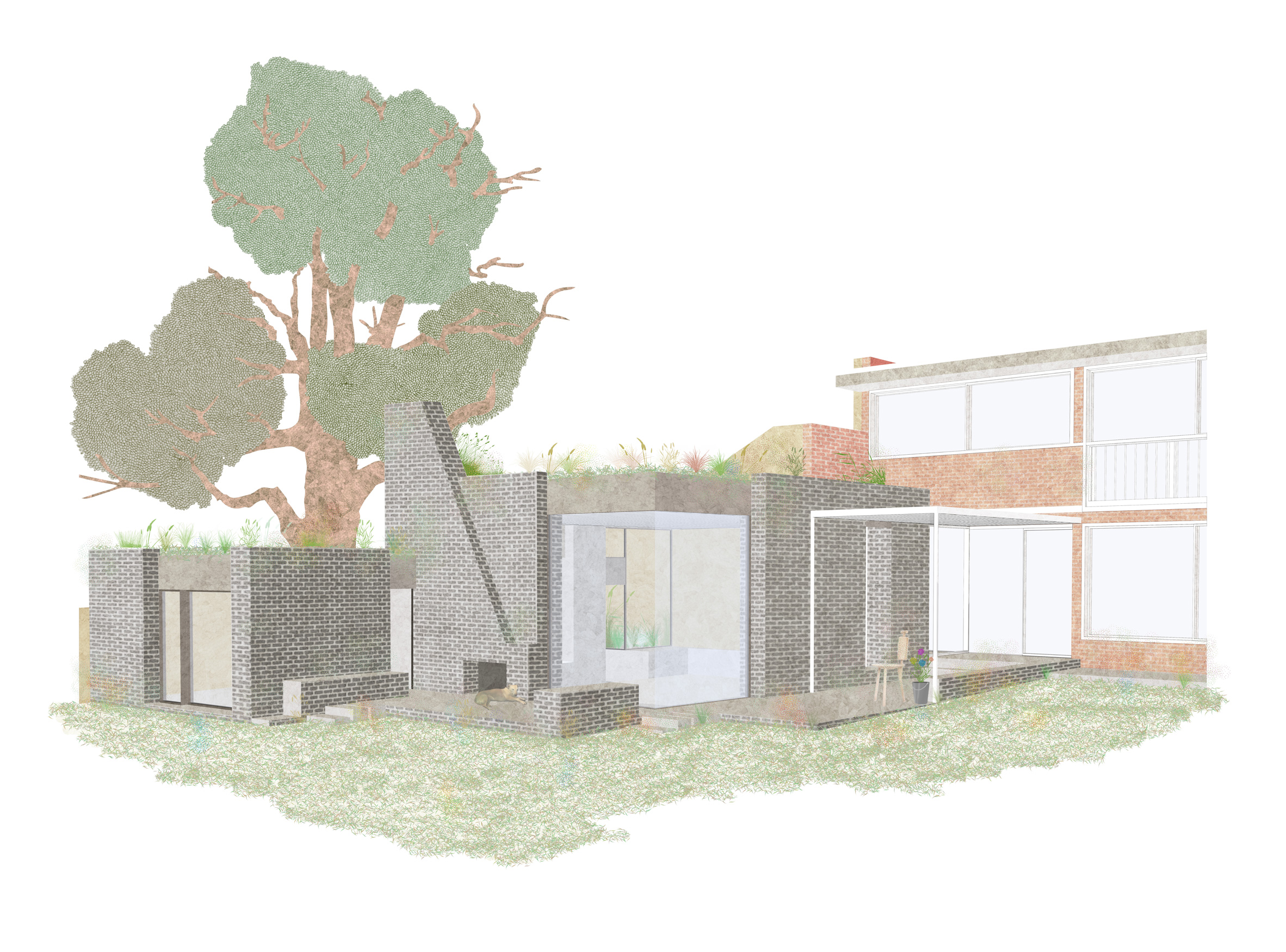 The brick, glass and steel extension will take its cues not only from Segal’s original house, but from the adjacent Victorian properties. It will feature a collection of boxy forms with glazing that provides sight lines through the living spaces and an outcrop that references a chimney.

The extension will make room for a large sunken living space and also provide a an additional bedroom or study with views of the garden.

“We chose to work with Jonathan and his team because of their flare for sensitively reimagining existing buildings. Their design is respectful of Walter Segal’s legacy without being subservient to it,” said Gibberd, whose company specialises in the sale of modernist homes.

“The planners initially wanted a standard glazed pavilion, but were persuaded that something more sculptural and grounded would work better,” he said.

Jonathan Tuckey Design specialises in the alteration of historic homes. The studio has previously added a contemporary glazed extension to a Grade II-listed house in the Cotswolds and inserted a fashion boutique inside a small mews house in Knightsbridge, London.

Tuckey’s own home occupies a 19th-century steel workshop in London. Filmmaker Tapio Snellman documented the home in a movie produced 14 years after the designer overhauled the space.