British firm Farrells has carved a large opening into the zinc-clad roof of its swimming pool complex in Hong Kong to offer outdoor bathers sea views. 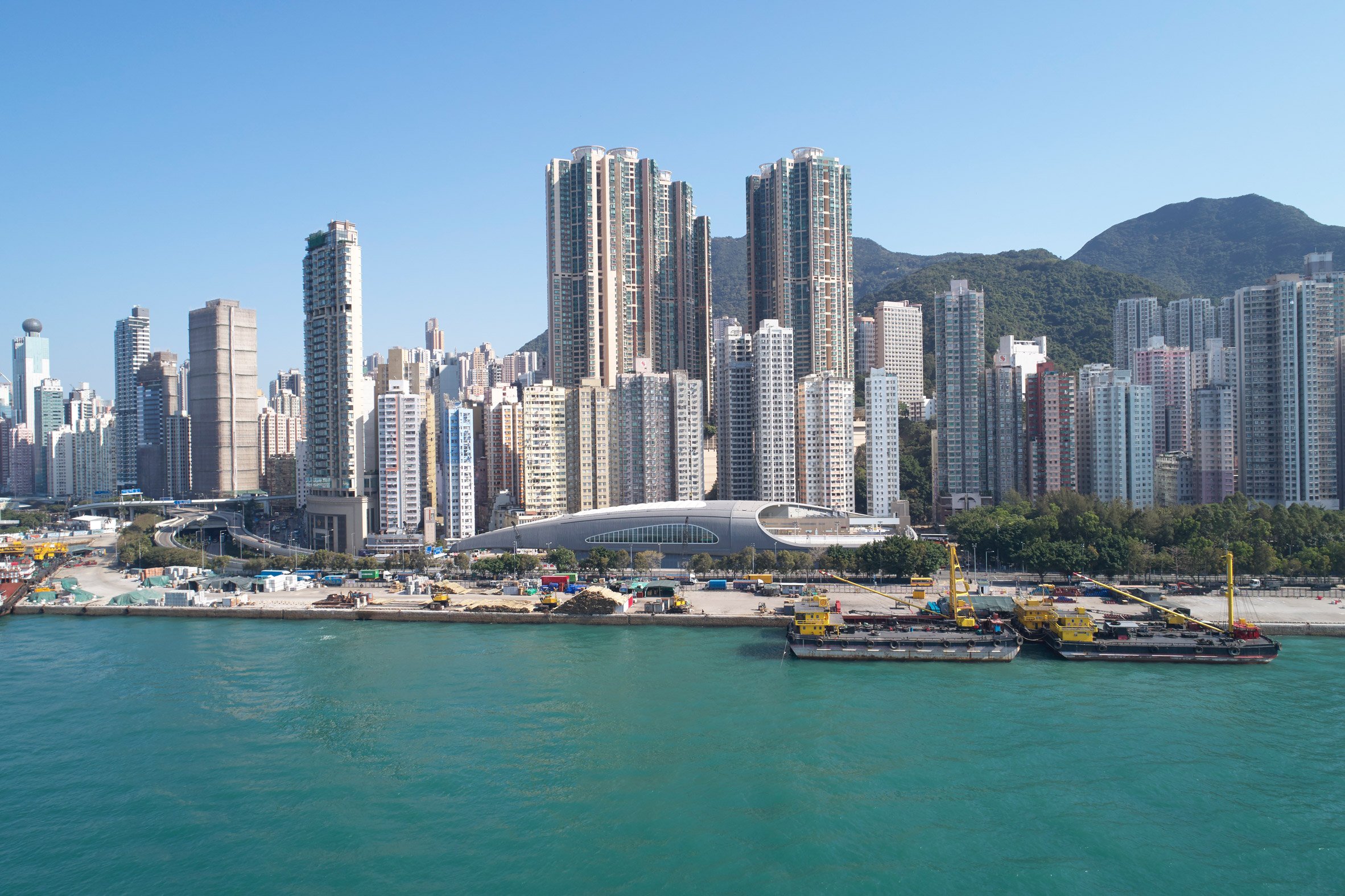 The studio headed up by architect Terry Farrell designed the pool as part of the Kennedy Town Station development, which occupies the site of the former Kennedy Town Swimming Pool. 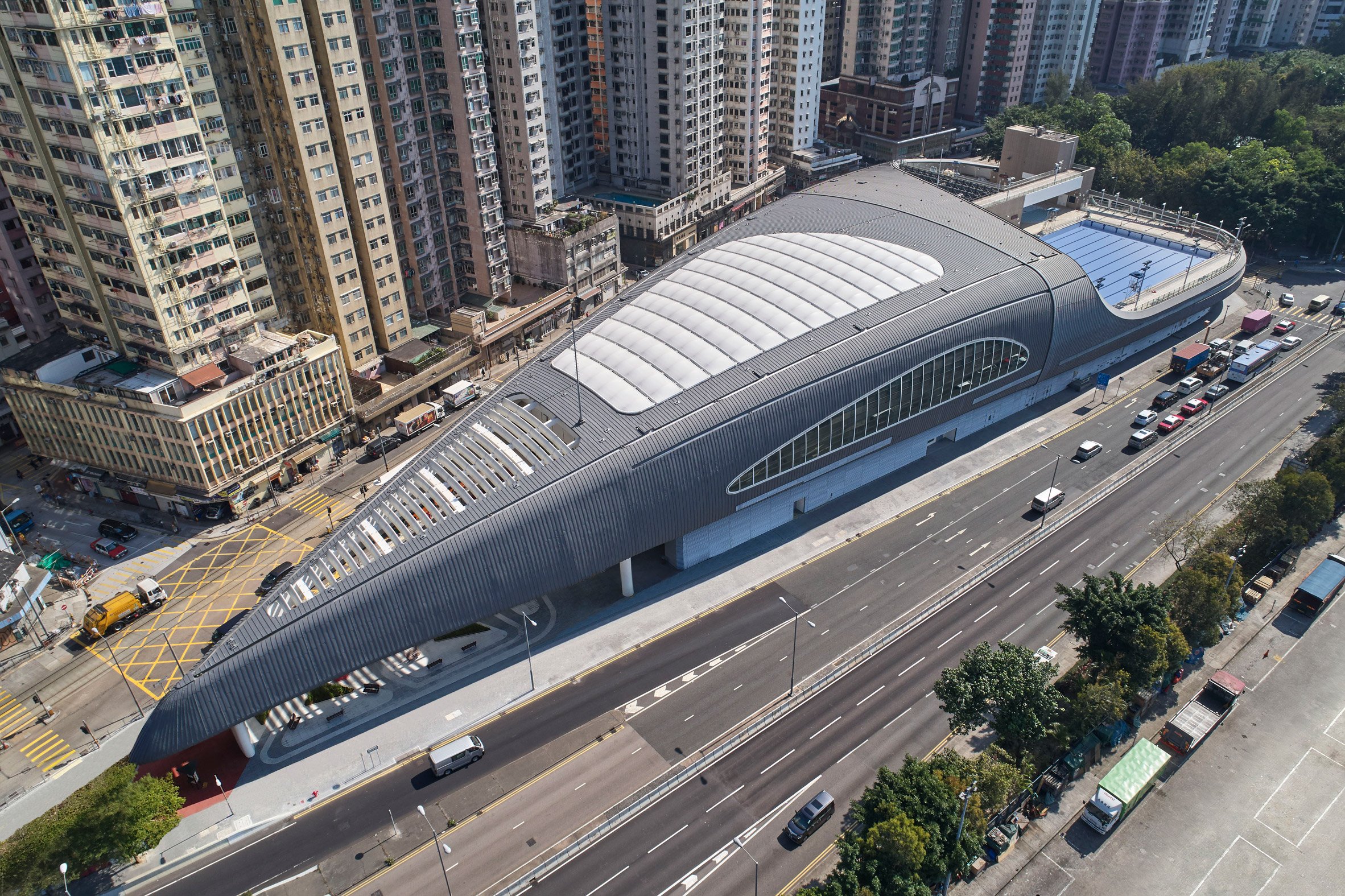 The new, distinctively shaped public pool now occupies a triangular site overlooking Victoria Harbour at the western end in Sai Wan on Hong Kong Island. It is intended to mark the entrance to Kennedy Town when approached by car or tram from the east.

The shell-like roof, which is covered in zinc panels, narrows from the widest part of the site to forms a tail at the narrower end, while the sides curve down around the upper floor of the building. 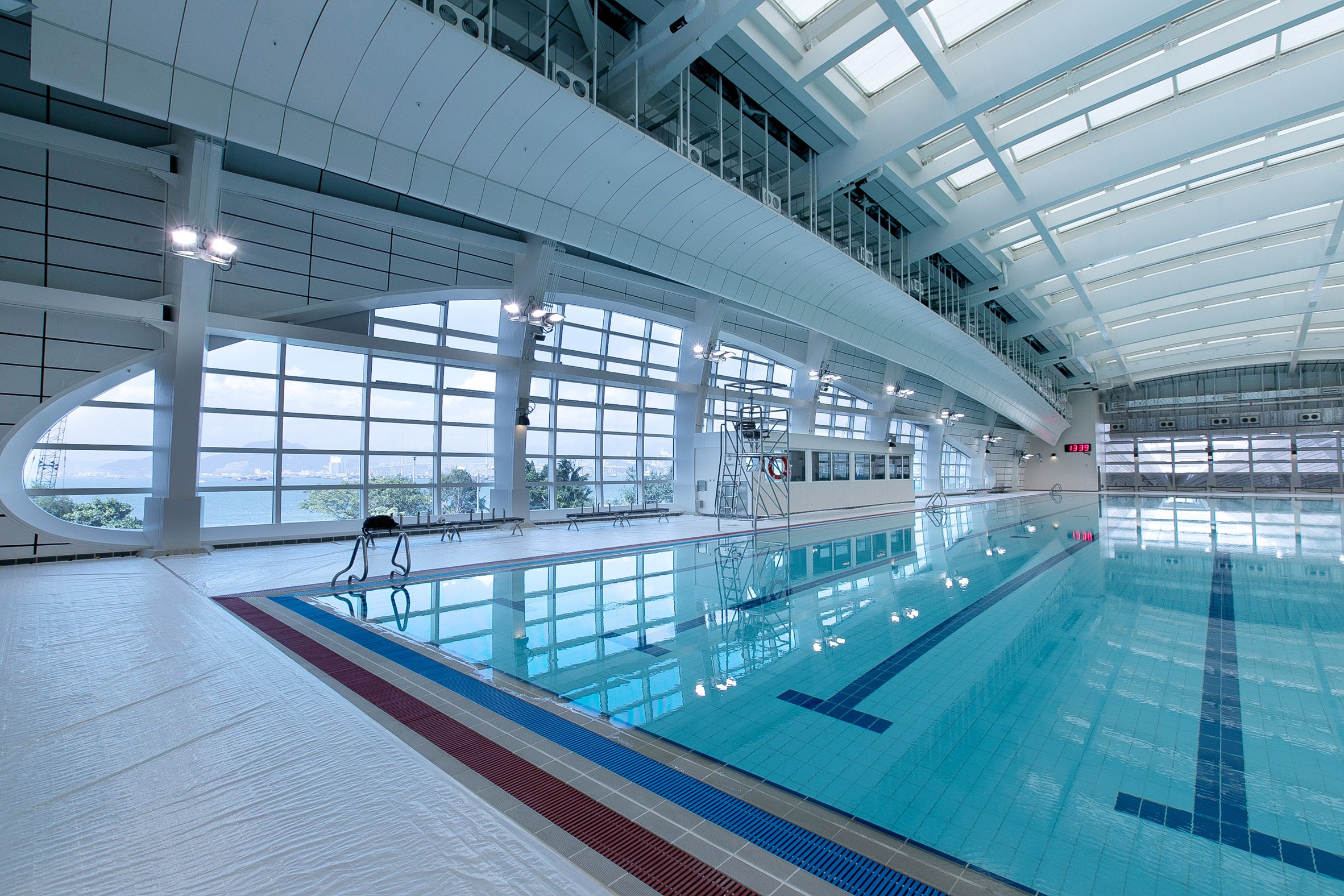 The low-lying form of the building aims to maintain the harbour views from the high-rise residential towers behind the pool.

The Kennedy Town Swimming Pool was completed in two stages. The first, which opened in May 2011, is at the widest end. A large hole in the roof opens the 50-metre lane pool and a leisure pool to the sky. 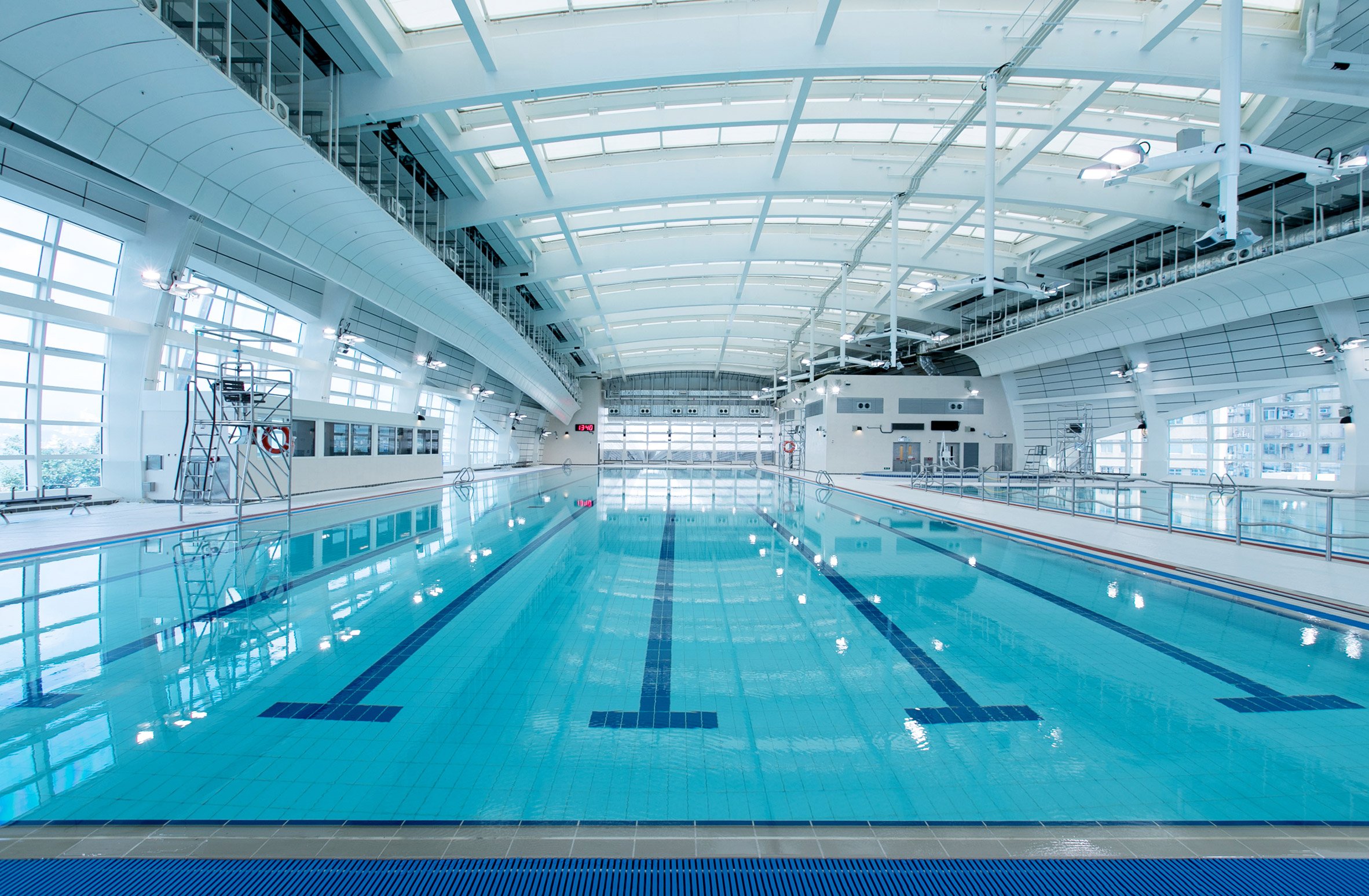 The second phase, completed in February this year, adds two new indoor heated pools, measuring 50 and 25 metres in length, and a jacuzzi. These occupy the middle of the building, where a long window offers views to the harbour.

At the narrower end, the tail of the building forms a canopy above an open public space. A triangular set of louvres are cut into the roof to allow natural light to filter through. 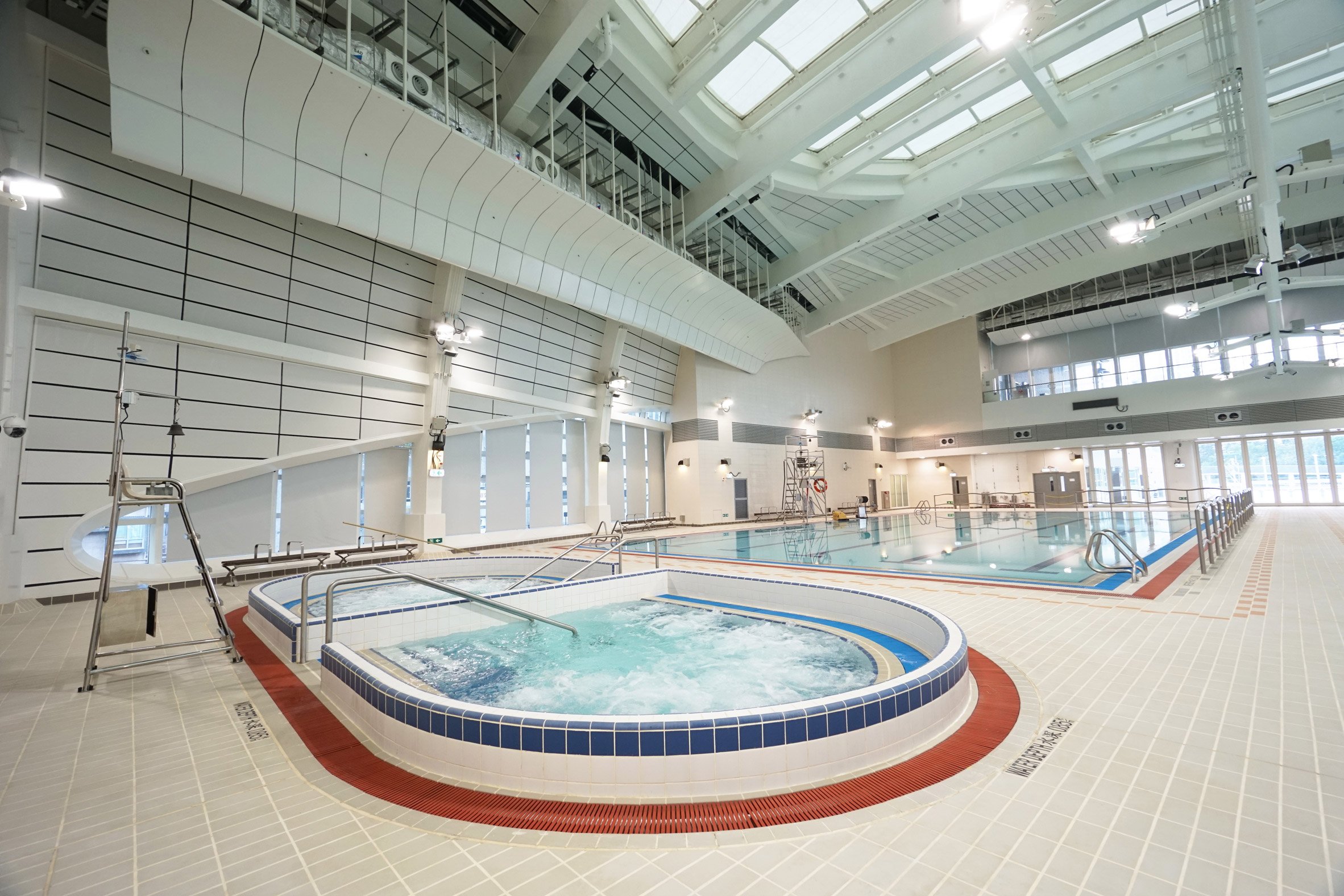 Terry Farrell founded his own firm in 1980, which now has offices in London, Hong Kong and Shanghai.

Farrells is also currently working on several projects in China including two masterplans in Shenzhen’s Qianhai financial district and a 560-metre-high skyscraper in Jinan.