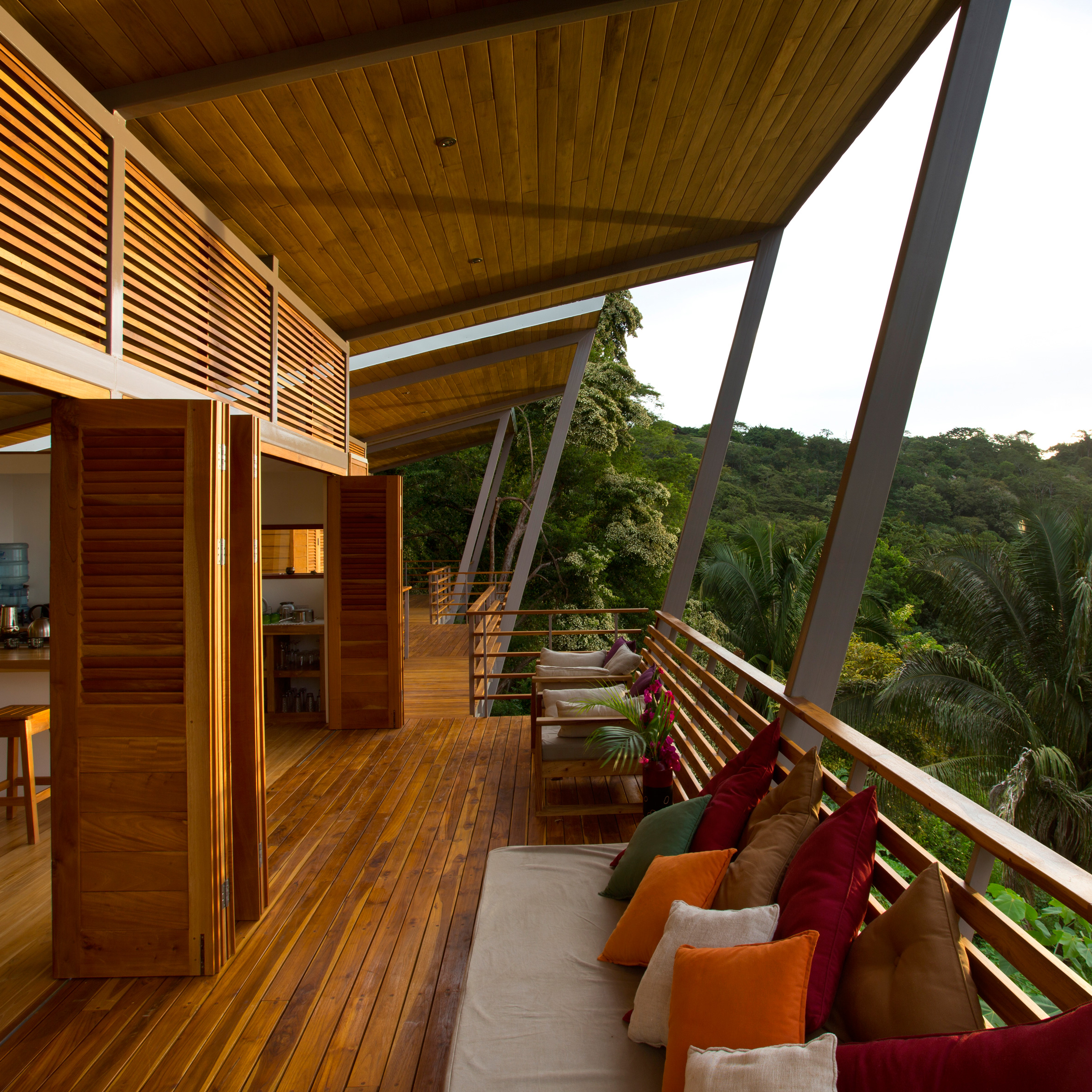 A series of pillars raise the interconnected rooms of this house by Benjamin Garcia Saxe Architecture above the tree tops of the surrounding forest.

The firm’s San Jose office was asked to design the family home for a steeply sloping site, and chose to lift the building off the ground to optimise views of the Pacific Ocean.

Find out more about Casa Flotanta › 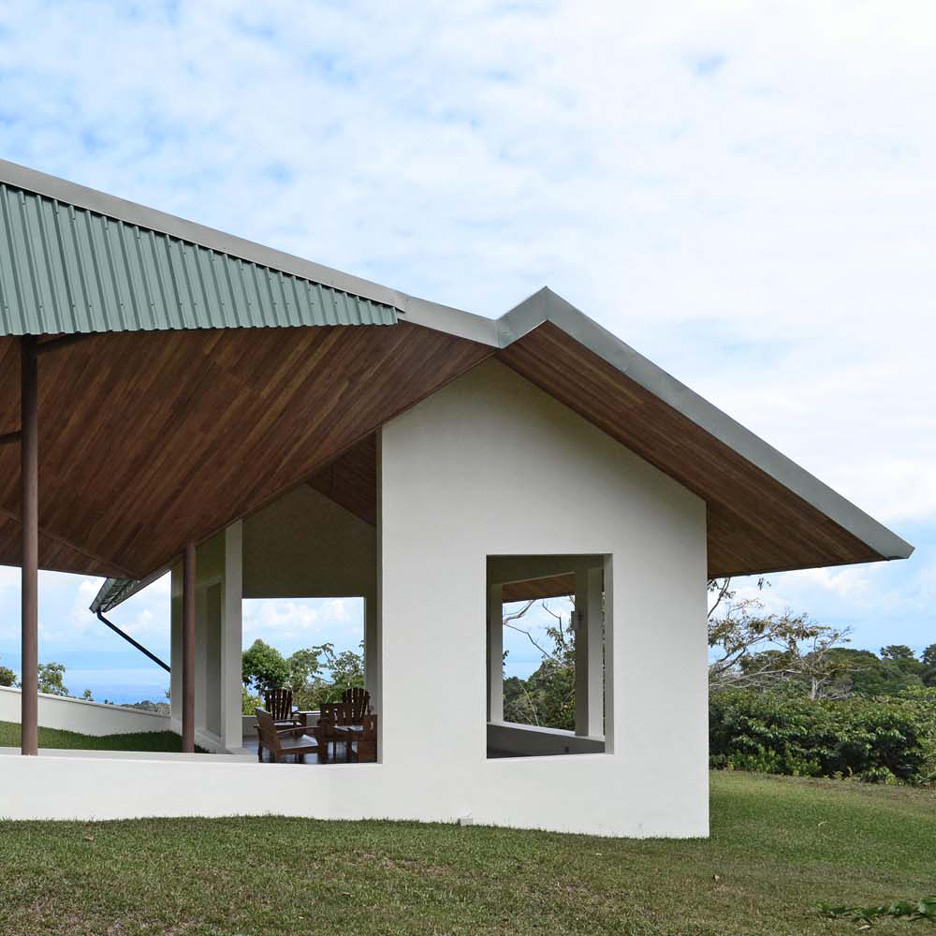 A folded roof shelters a pathway between the indoor and outdoor rooms of this holiday home by Obra Architects.

Located on the Osa Peninsula in the country’s southwestern corner, the vacation residence was designed for an American doctor and sits on a hillside of a former mango farm.

Find out more about Casa Osa › 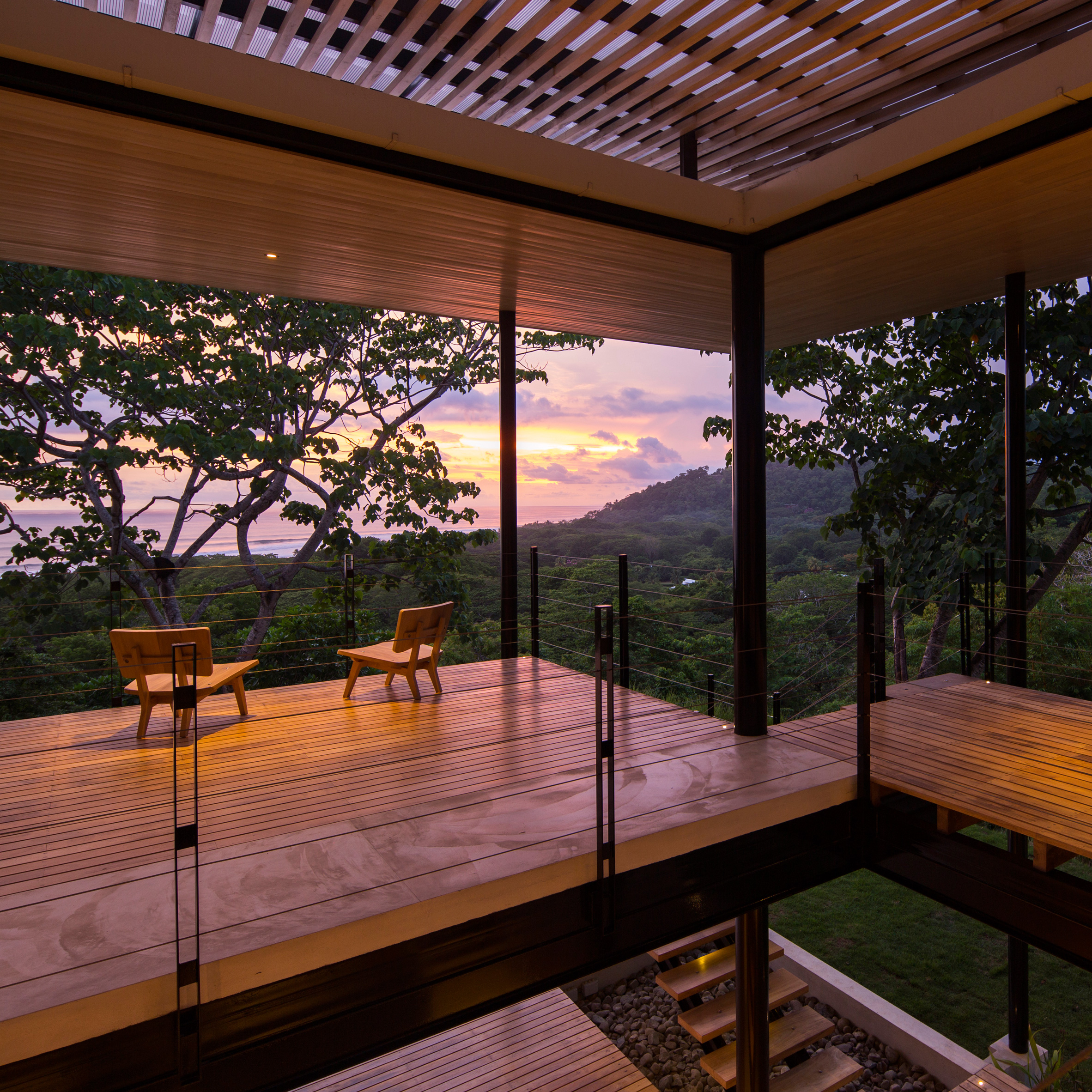 Wooden walls can be folded back from the front of this house on the Pacific coast, opening up ocean views for the bedrooms and living spaces within.

The interior is designed as a series of interlinked terraces that provide different views of the landscape as residents move around the house. 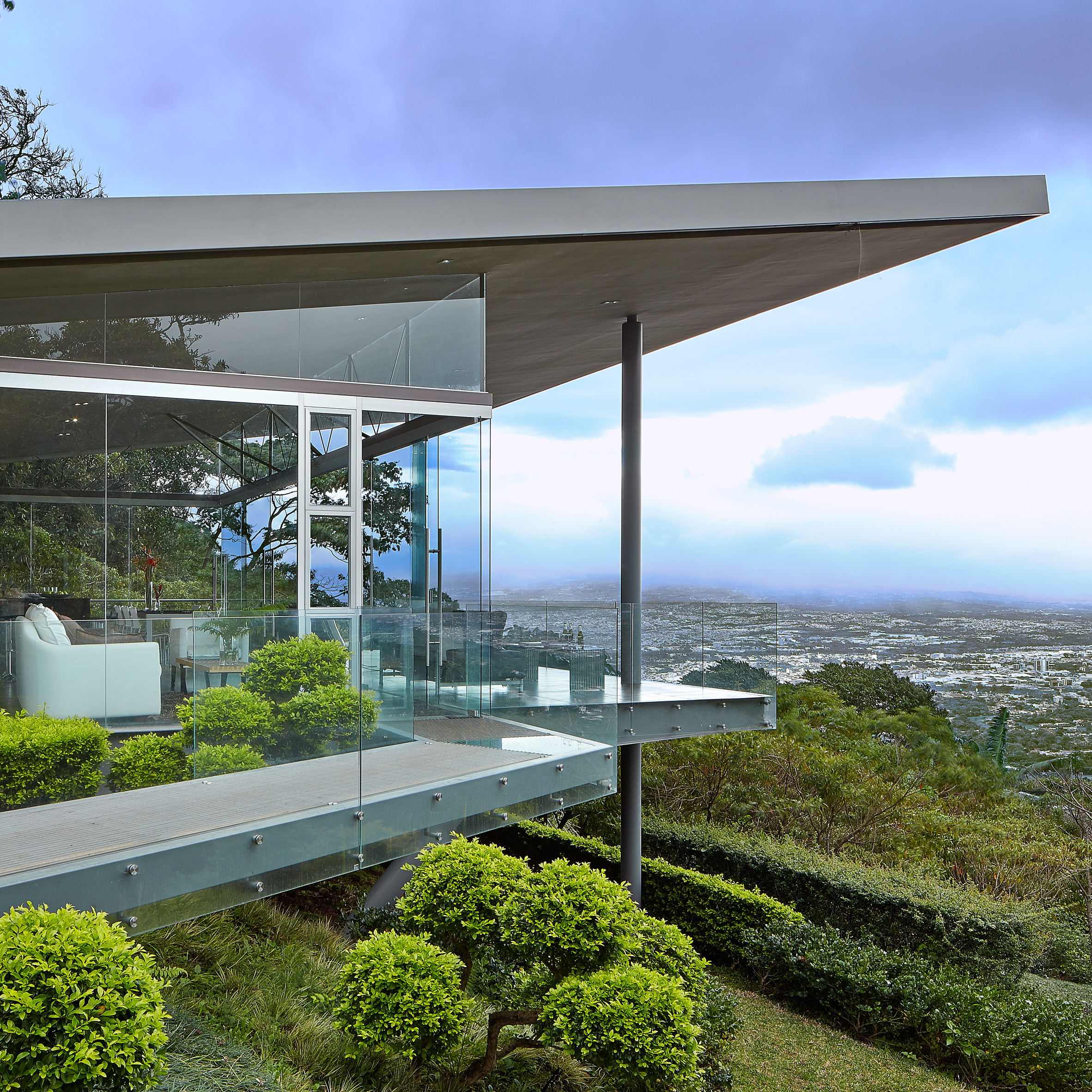 Extensive glazing across this house by local firm Cañas Arquitectos provides vistas of the verdant landscape by day and the twinkling city of San Jose below at night.

The site features a tropical, cultivated tree referred to in Spanish generally as a “ficus”. The architects wanted to both draw attention to the plant and make the most of the surrounding views. 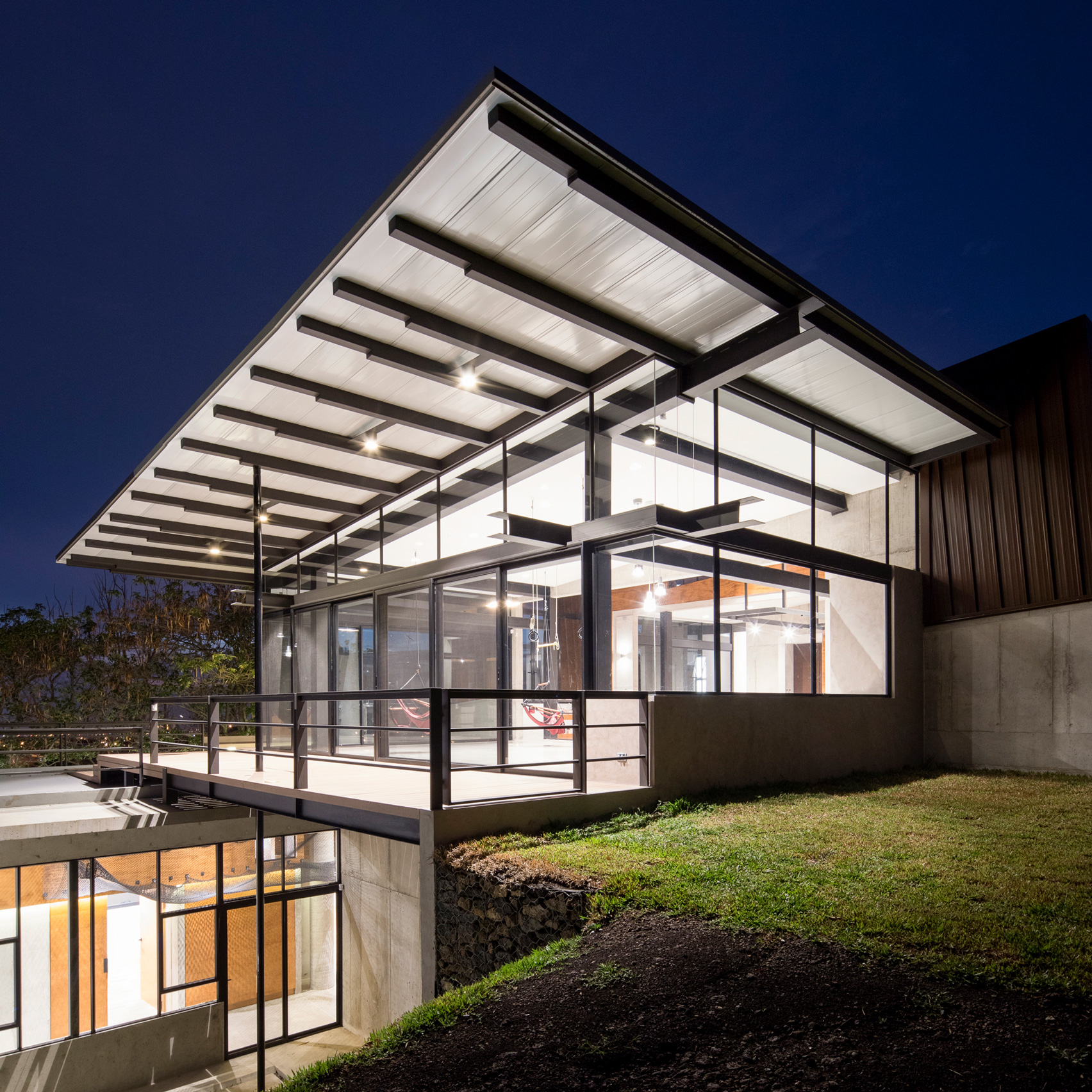 Carazo Arquitectura completed this concrete residence that sprawls across the summit of a hill and steps down the slope into a canopy of vegetation.

The studio planned the building’s programme in response to the terrain. Bedrooms sit beneath the shade of trees at the hill’s base, while communal areas take advantage of light available on the relatively sparse summit.

The post Five of the best houses in Costa Rica on Dezeen appeared first on Dezeen.