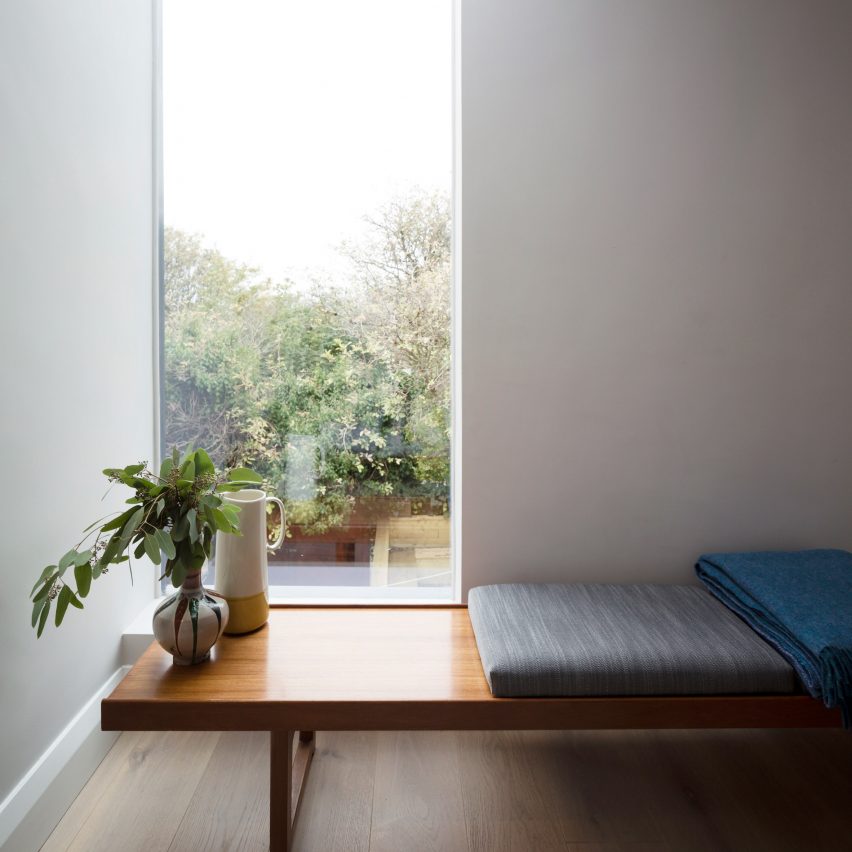 Expansive corner windows and skylights appear throughout this Georgian townhouse in Dublin, which Foreign Bear Studio has renovated and extended to create light-filled living spaces. 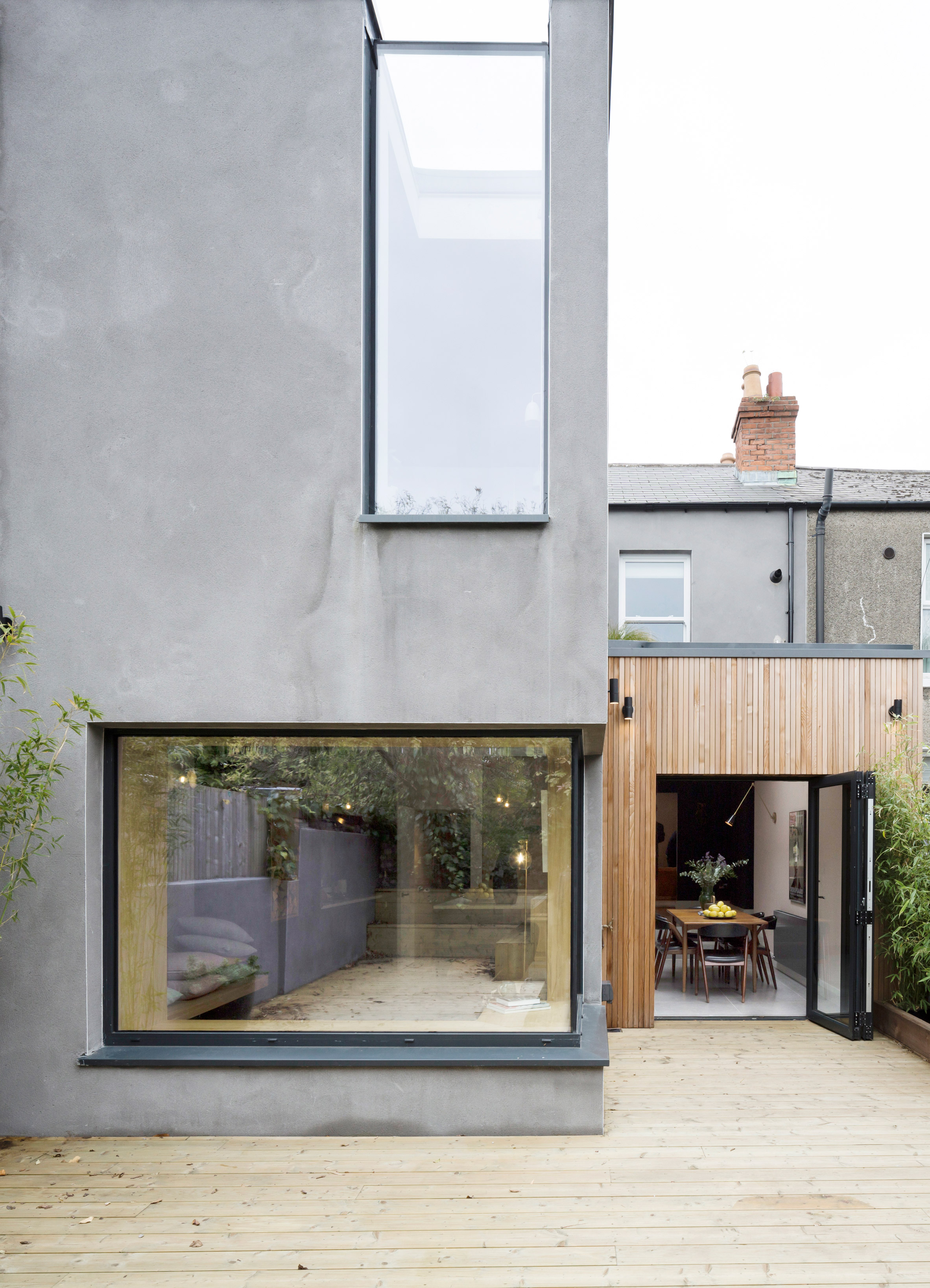 The property is situated in the neighbourhood of Glasnevin and has been overhauled to feature a number of large windows, lending it the name of Glass House.

Previously host to four separate studio flats, the home had fallen into a state of disrepair after years of letting. East London-based Foreign Bear Studio renovated the house, adding a generous kitchen, bathroom, and guest bedroom for it’s new owners – a couple with a young son. 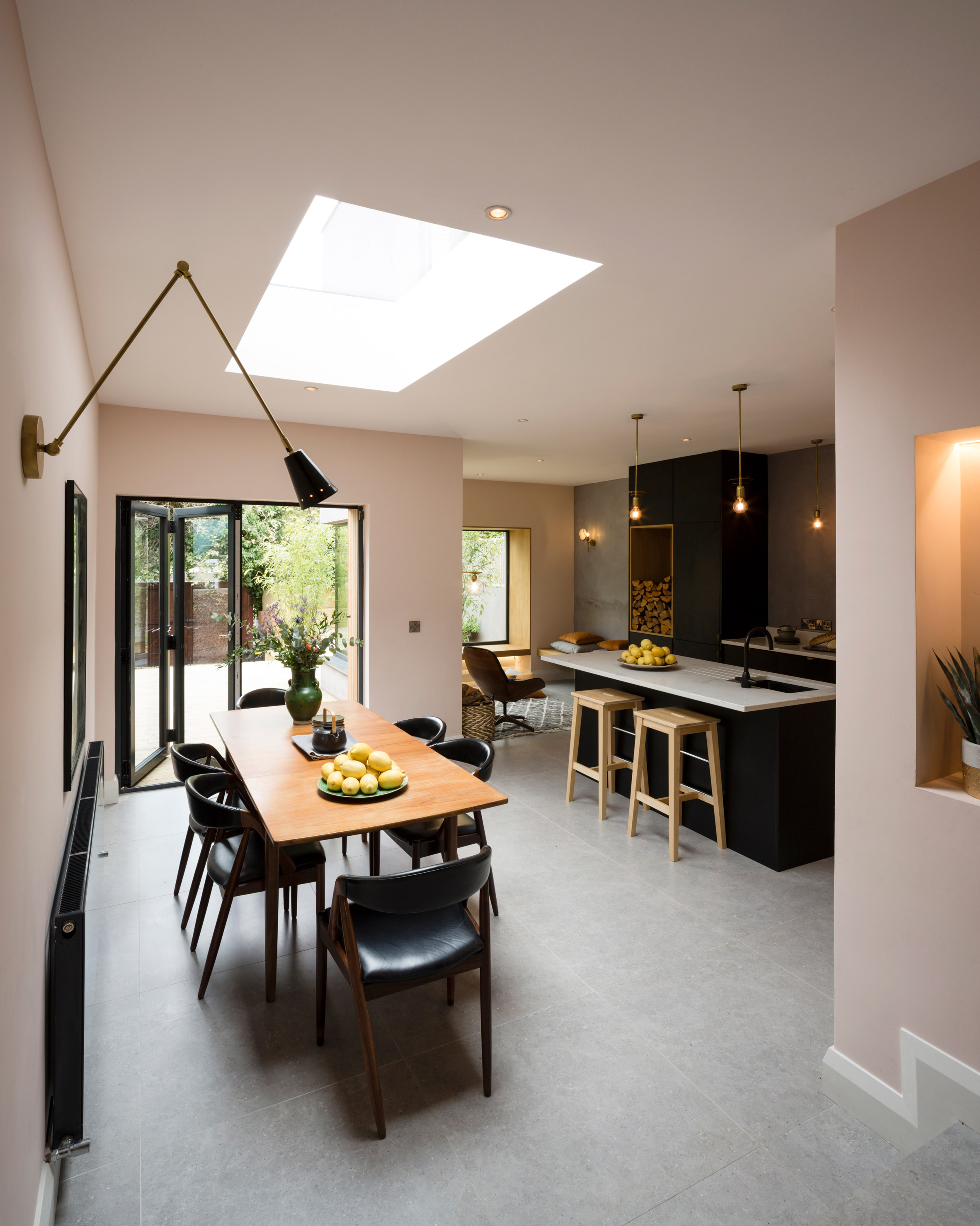 “The house needed to have a sense of character and depth reinstated through the design process. Ideas began to percolate of how to ensure each corner was considered and attended to,” explained the studio.

An extension comprised of two adjoining rectilinear volumes has been added to the back of the property to accommodate these living spaces. One volume has a concrete exterior, while the other is clad in timber panels. 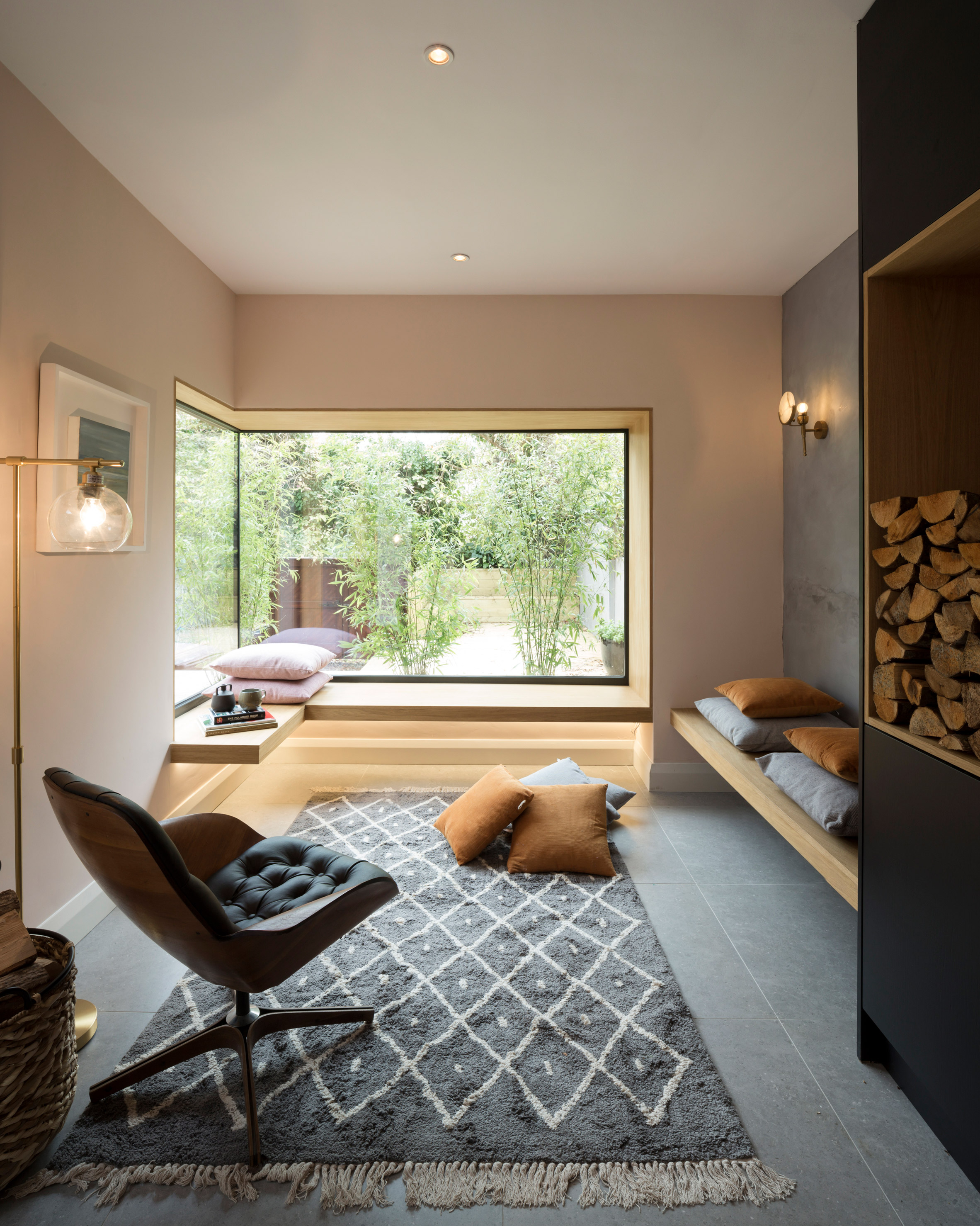 The ground level has an open-plan kitchen and den that’s illuminated by a large oriel window, which wraps around the corner. Its ledge doubles up as a bench seat where the couple can relax and read, or the young boy can do homework.

A thick grey rug, black leather armchair, and faux fireplace stacked with chopped logs have also been included in the space to create a cosy feel. 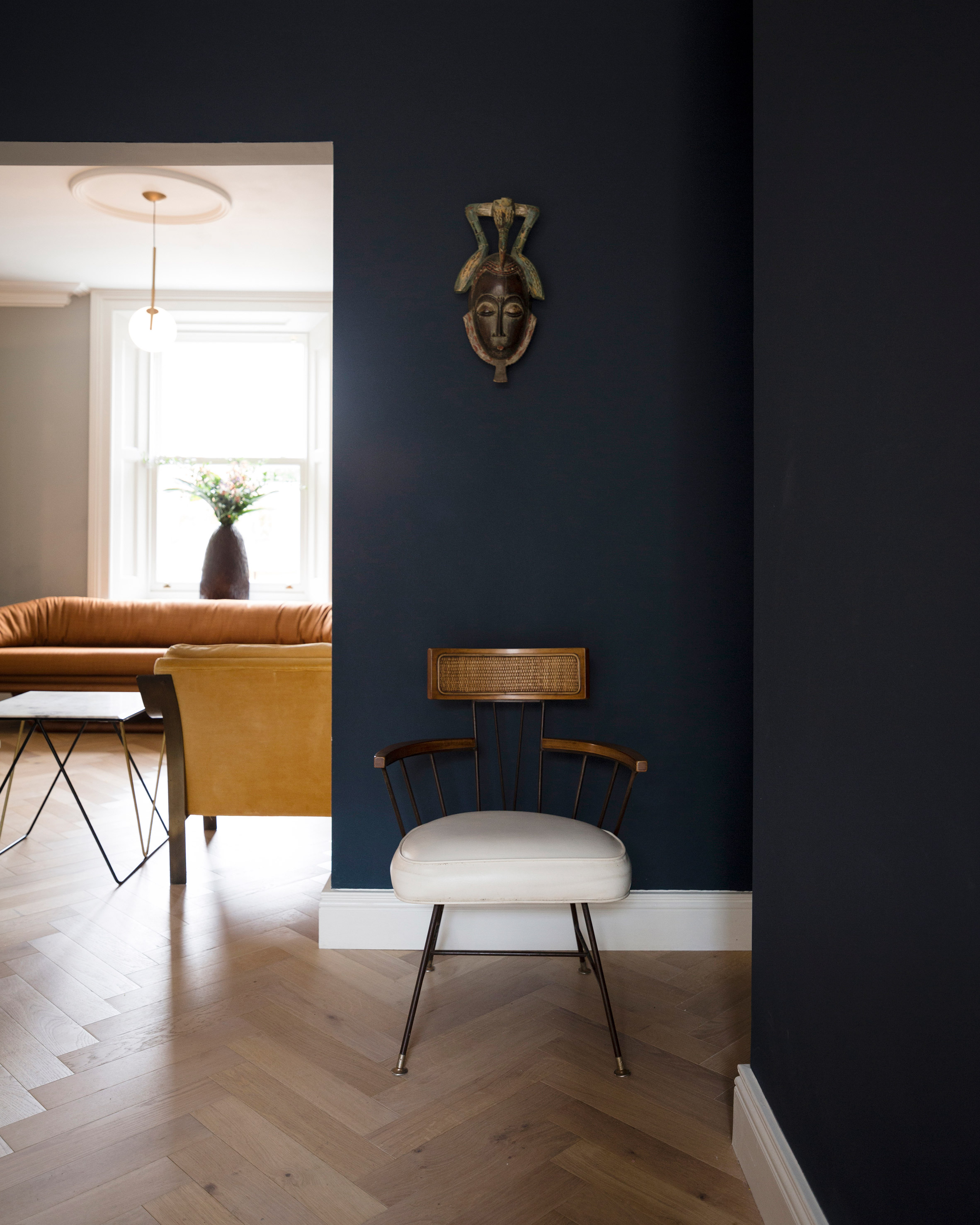 Walls are pale pink in the adjacent dining room, which also has a skylight punctuated at the centre of its ceiling. Concertina glazed doors provide access to the garden, while towards the rear of the room a short flight of stairs leads to the main family living area. 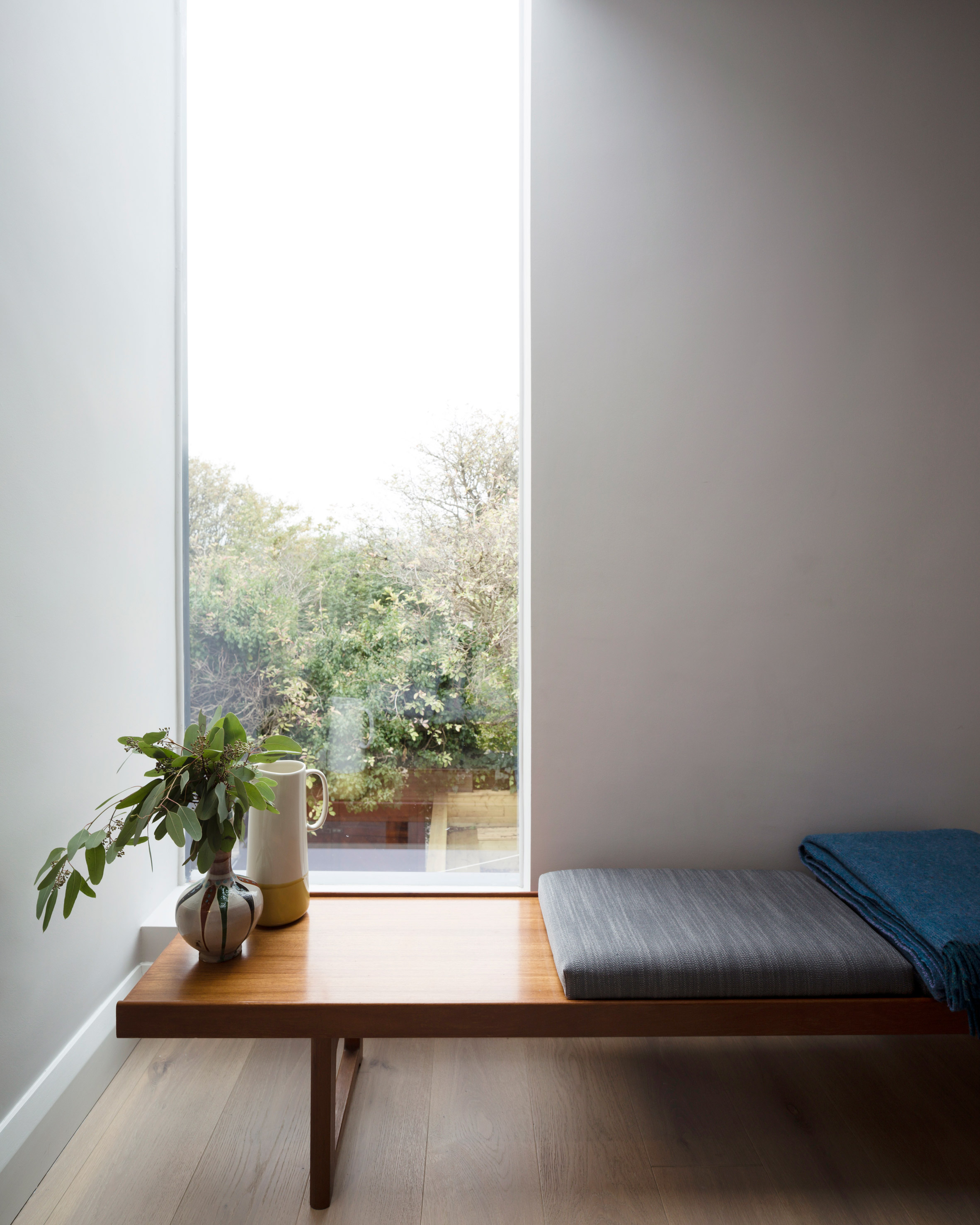 Upstairs in the guest bedroom, the studio has installed an eaves rooflight – a style of window which forms a glazed link between the roof and elevation of a building. Inhabitants will now be able to overlook a tall, leafy tree in the garden that’s home to local bird species.

A large skylight also centres the bathroom, which has been completed with hexagonal green floor tiles and brass sconce lights. 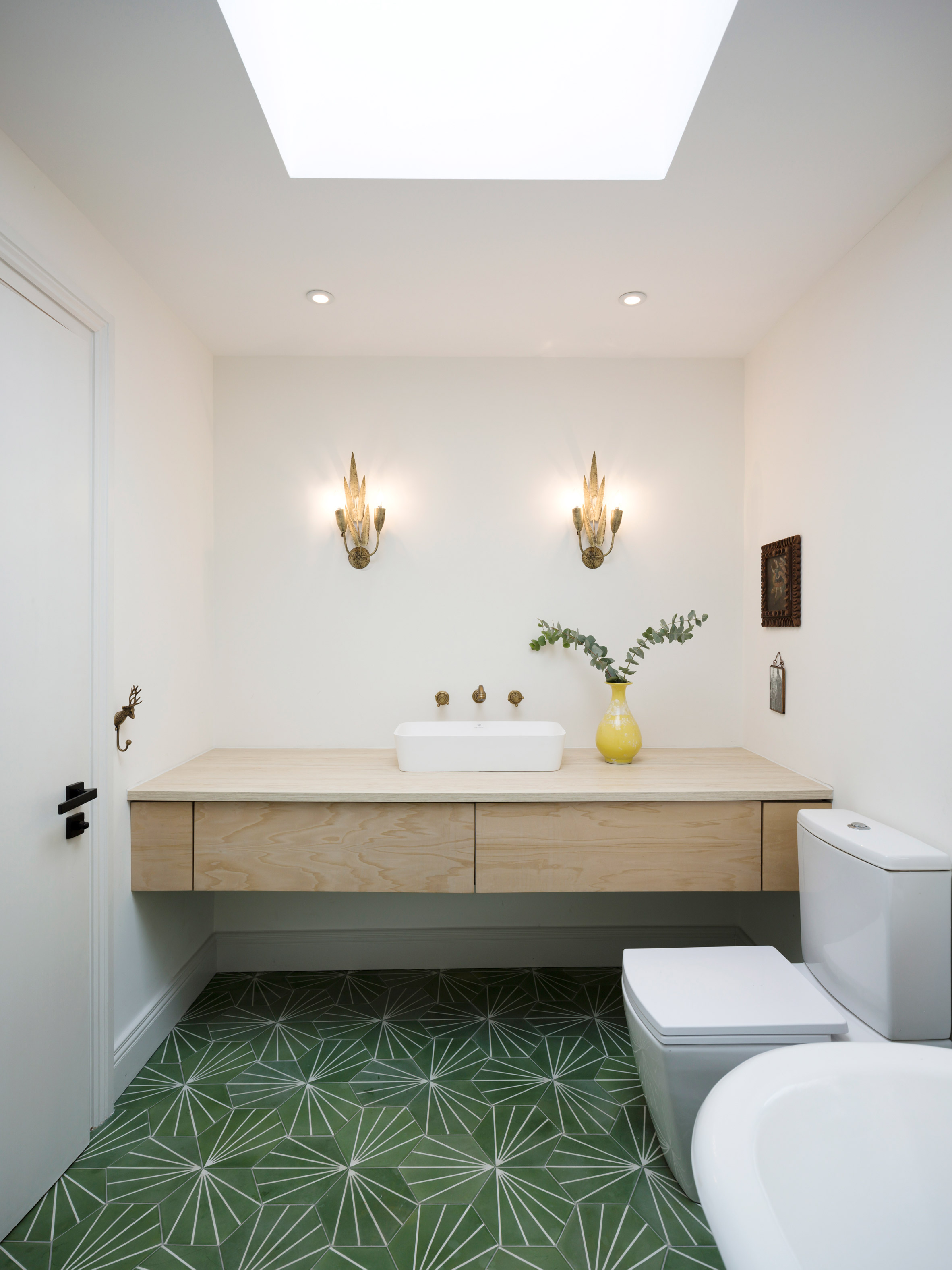