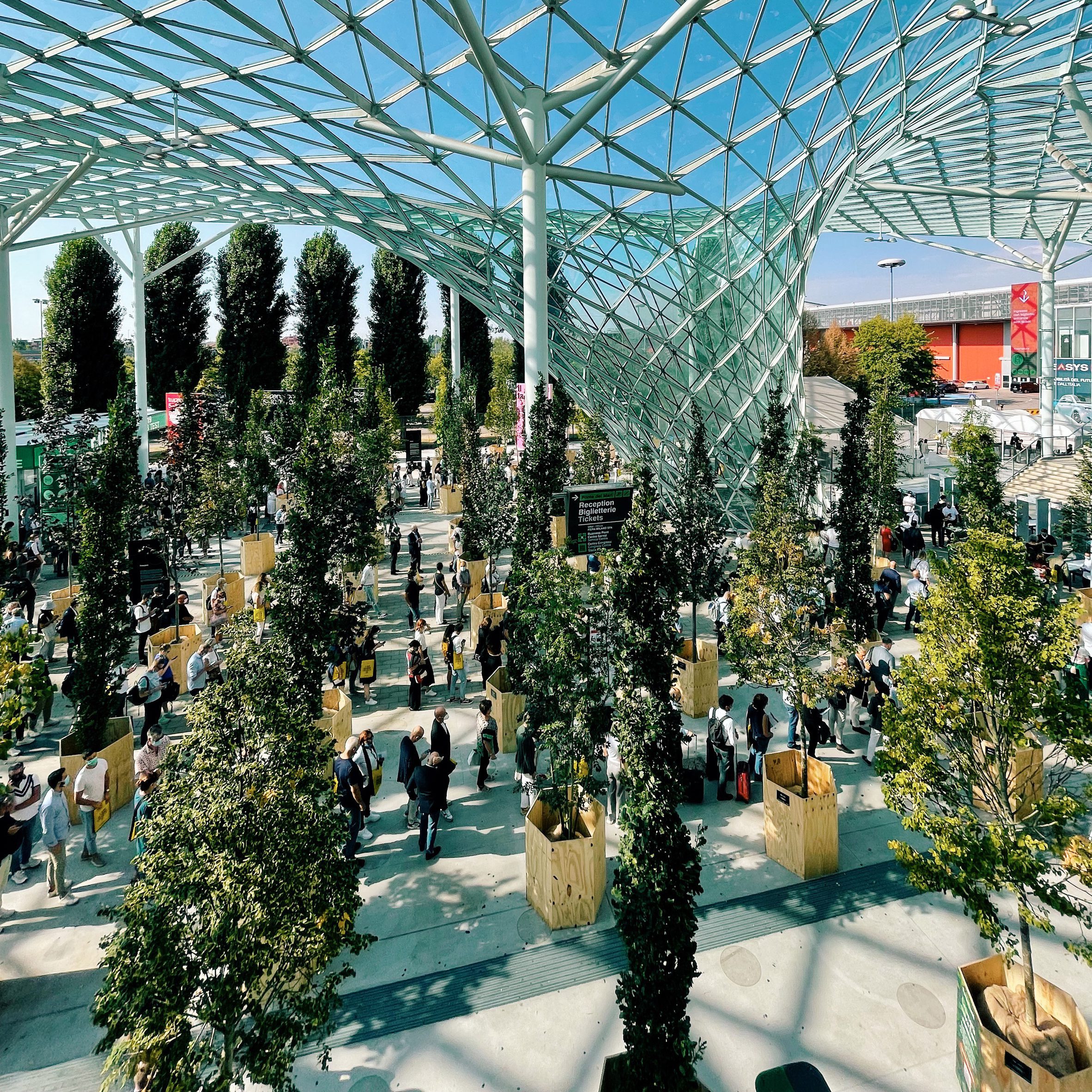 Two hundred potted trees that adorned the Supersalone fair in Milan earlier this month will be planted as part of an initiative to grow three million new trees in the city by 2030.

Launched last year, the ten-year Forestami project will see 300,000 trees planted each year, with over a quarter of million planted already.

“To this day we’ve planted 281,160 trees,” said a spokesperson for Forestami. “The 200 trees at the Supersalone are waiting to be planted in the next few weeks in some specific areas of Milan.”

The trees will be planted around the greater metropolitan area of Milan. This includes the city and surrounding towns and villages and has a population of 3.2 million people in an area of 1,575 square kilometres.

The project is thought to be the most ambitious urban greening project in the world.

“One of the most democratic” ways to tackle global warming

“It’s basically one tree for every inhabitant,” said Milanese architect Stefano Boeri, who proposed the project in 2005.

“It’s one of the most democratic, inclusive and less expensive ways to tackle global warming and it also cleans up the air,” Boeri said. “Because Milano has this problem. It’s pretty bad.”

The project is being managed by the Politecnico di Milano, which is identifying locations, choosing species of trees and organising planting and maintenance.

“The goal is not only about planting, but also it’s about creating social environments,” Boeri said. “We have invested a lot in the edge of the city. We are working with schools to create public spaces and playgrounds.”

As part of his design for the Supersalone fair earlier this month, Boeri installed a “forest” of potted trees at the entrance to the Fiera Milano fairground.

Other trees were dotted around the exhibition halls.

Temporary forests being installed in cities across the world

The installation was the latest in a string of temporary forests by architects and designers that draw attention to the role trees can play in both absorbing atmospheric carbon dioxide and making cities more habitable.

Other recent examples include Es Devlin’s Forest for Change, which saw 400 trees temporarily installed at Somerset House in London, and Klaus Littmann’s For Forest, which featured 400 trees placed in an Austrian football stadium.

Boeri has pioneered the use of trees on buildings with his bosco verticale (vertical forest) concept.

His first tree-clad apartment block opened in Milan in 2014. Two further towers open in Eindhoven and Antwerp later this month.

The 19-storey Trudo Tower in Eindhoven will be the first time the vertical forest concept has been applied to social housing.

The Palazzo Verde in Antwerp claims to be “the greenest building in Belgium,” with its trees absorbing “up to 5.5 tonnes of CO2 per year”.

The post Forestami project will see "one tree for every inhabitant" planted in Milan appeared first on Dezeen.