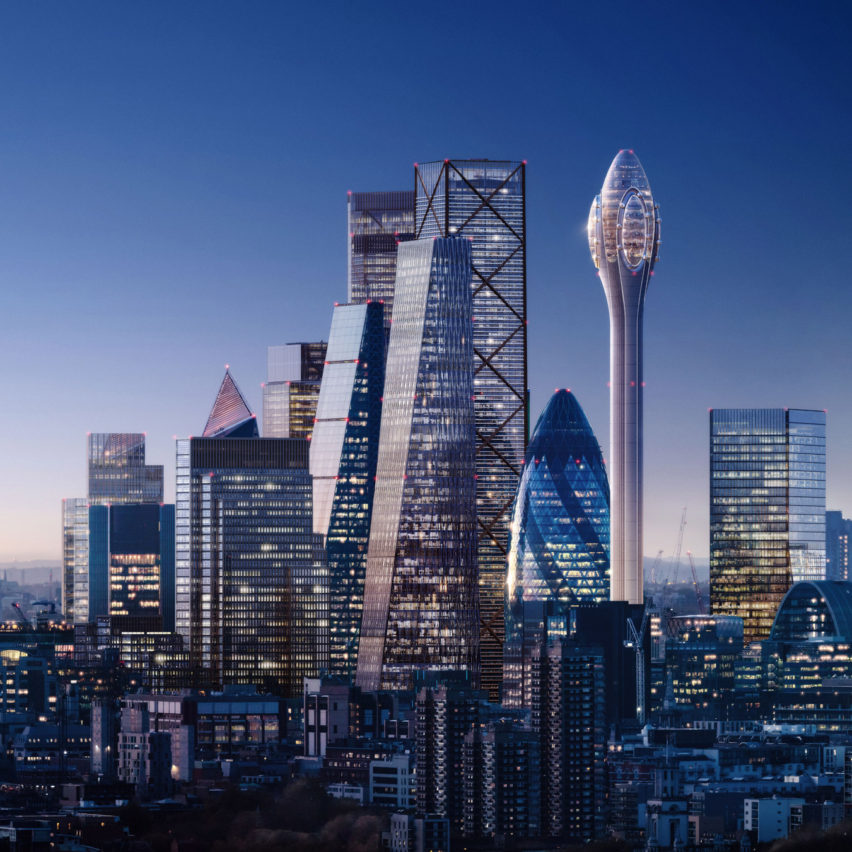 The 305-metre-tall viewing attraction The Tulip, proposed for the UK capital by Foster + Partners, does not comply with London Plan says city mayor Sadiq Khan.

A report published by the Greater London Authority (GLA), and agreed in a letter published by the mayor’s office, said it had “significant concerns with the design approach” and that “the height appears unjustified”.

Along with these criticisms, the planning report states that “the proposal fails to provide free to enter publicly accessible viewing areas and is therefore contrary to London Plan”.

The Tulip is designed with a height of 305 metres

Foster + Partners designed the viewing tower for a site next to the Stirling Prize-winning 30 St Mary Axe, know as The Gherkin, which was also designed by the studio.

A planning application was submitted for the building by the J Safra Group, a private investment holdings company that owns The Gherkin, at the end of 2018.

The viewing attraction would be the tallest structure in the City of London, if it was built. However, the GLA planning offices believe that the structure would be too tall and that stem of the tower would detract from surrounding local environment.

“The height appears unjustified and the introduction of significant expanse of solid and inactive building frontage would appear incongruous in the existing faceted context of the Eastern Cluster, drawing significant attention in this heritage sensitive location,” said the planning report.

“The site layout and loss of public realm at street level is also of significant concern.”

The viewing tower is designed to resemble a tulip, with a long stem and bulbous top.

At the top of the tower would be a restaurant and bar, along with an education centre. Three spinning gondola pods are planned to be attached to the view point.

Since the design was revealed, London City Airport has raised concerns about the height of the building, which impact its radar systems.

A planning decision will be made on The Tulip later this year. If approved, construction of the viewpoint is scheduled to begin in 2020, with the attraction due to open in 2025.

Foster + Partners recently won a Dezeen Award for its Bloomberg headquarters building, which is also located near the site for The Tulip.