The three-storey building, called Mälarterrassen, will sit between Stockholm‘s Södermalmstorg square and quay. Set against the quay wall to appear low-lying, it will contain a mixture of facilities including, market stalls, restaurants, cafes and exhibition galleries.

The project being led by Spencer de Grey – the head of design at Foster + Partners – is designed as the final fragment of a new masterplan for the area, which contains sluices connecting Lake Mälaren with the Baltic Sea.

“Mälarterrassen will be a new destination for Stockholm,” said de Grey. “This permeable and lively new city quarter will also be a spectacular new venue for performance and art.”

The building was developed to also act as a piece of infrastructure. A series of escalators and lifts, running a 24-hour service, will connect a waterside plaza with Gamla Stan.

The spaces will also be permeated by pedestrian routes to link the water with the town. Terraces will face out towards Gamla Stan, as well as towards Lake Mälaren and Saltsjön, a bay in the Baltic Sea.

Mälarterrassen, which will features a broad overhanging roof is also to have “intelligent” facades to help it adapt to the variation in of the seasons.

The project is expected to complete in 2025. Another major building is set to open in the city before then – the David Chipperfield-designed Nobel Center.

The low-lying profile of the building was developed through public consultation, and with the City of Stockholm’s culture minister Roger Mogert and city architect Torleif Falk.

“Mälarterrassen signals the city’s ambition to make Slussen a new meeting place for the city. Ideas from the public, obtained from the detailed planning process, are reflected in the project proposals,” said Mogert.

“The new building is lower and less dominant than previous proposals and will be publicly accessible to all.”

Foster + Partners, and the firm’s founder Norman Foster, came in at number 10 among the architects included on the inaugural Dezeen Hot List – a guide to the most read-about figures and design institutions.

Earlier this year, the London-based firm completed work on a new campus for Apple in Cupertino, California – a vast ring-shaped building that has been received with mixed reviews from both staff and critics. 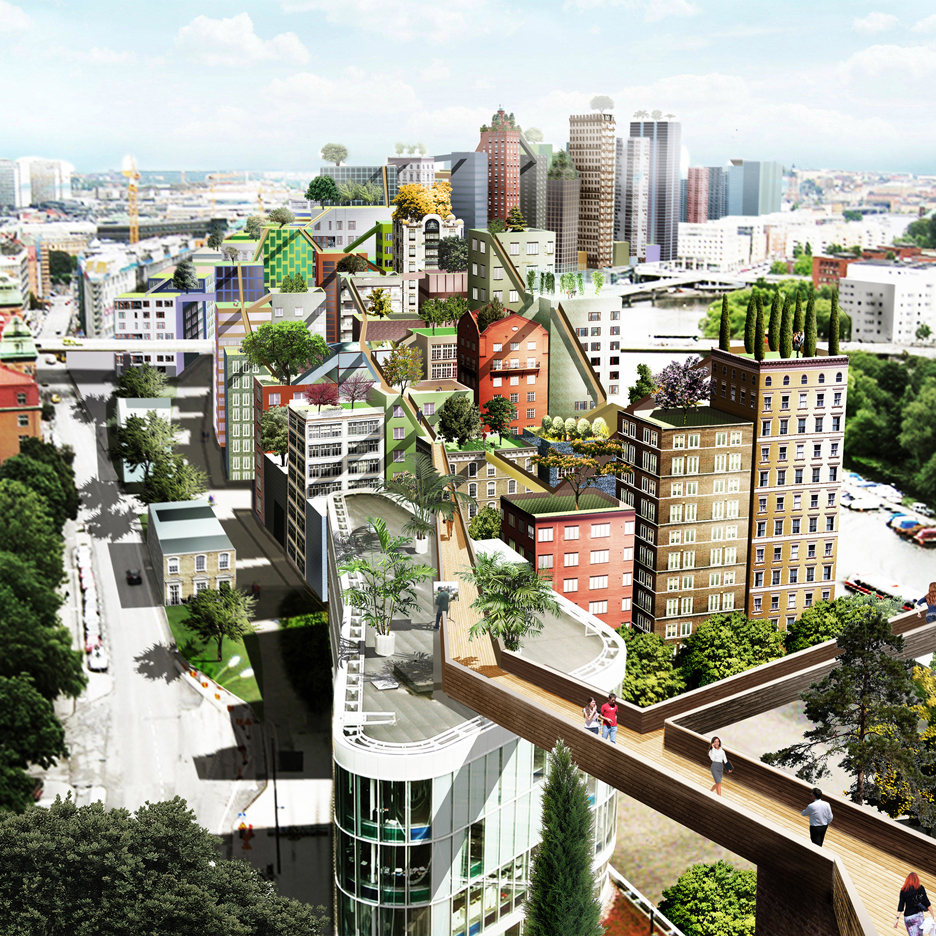