Foster + Partners has unveiled plans to add a glazed terminal building to Marseille Provence Airport, which will link the 1990s extension designed by Richard Rogers with the original 1960s building. 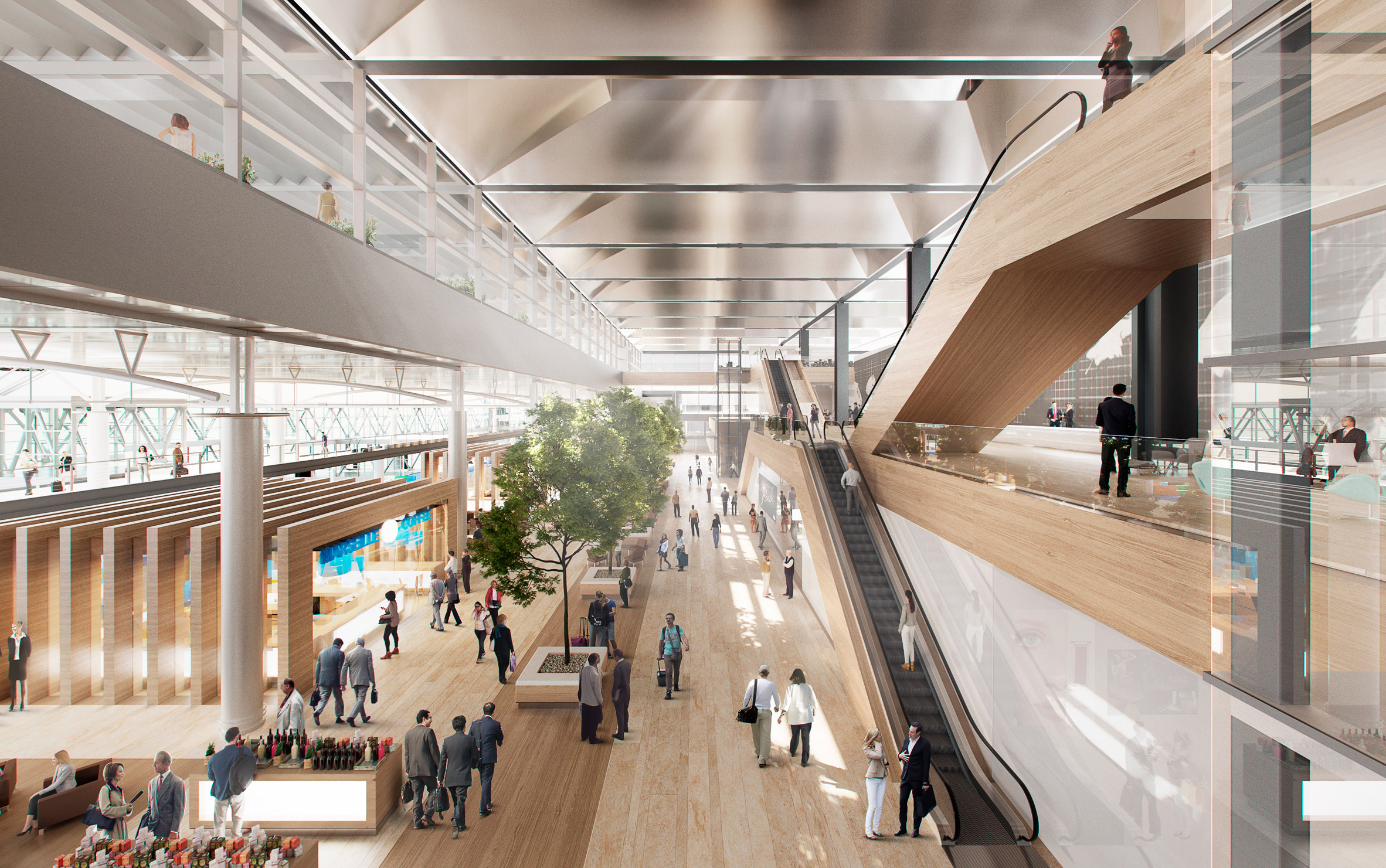 Set to be completed in two phases, the works will create a large glazed hall, or “coeur”, to link the existing arrival and departure areas. 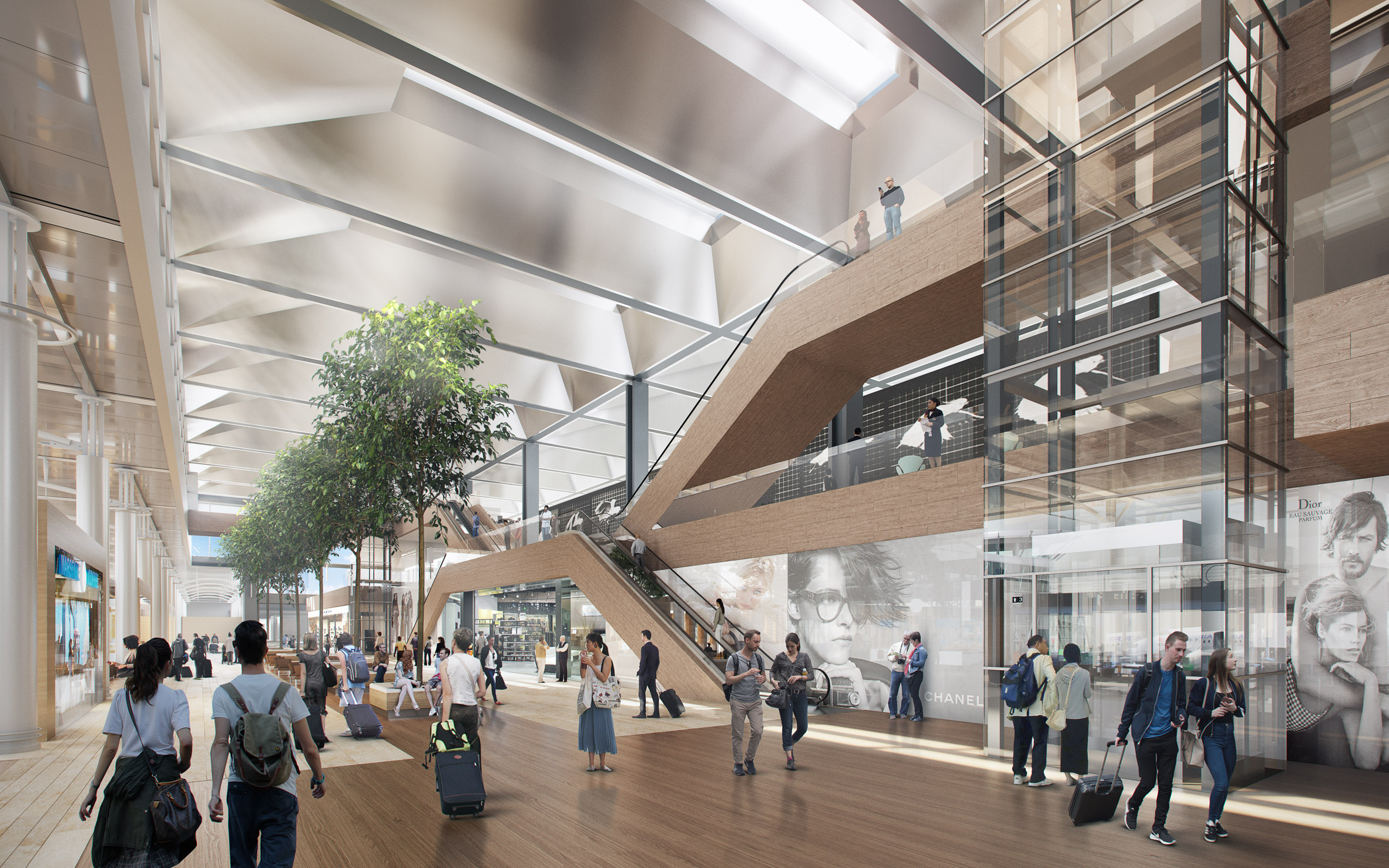 The 22-metre-tall windows of the building will be framed by an exoskeleton of stainless steel beams, echoing both the 1960s design by French architect Fernand Pouillon and the extension by Rogers.

Grant Brooker, head of studio for Foster + Partners, said the aim was to add the “missing piece” to the puzzle. 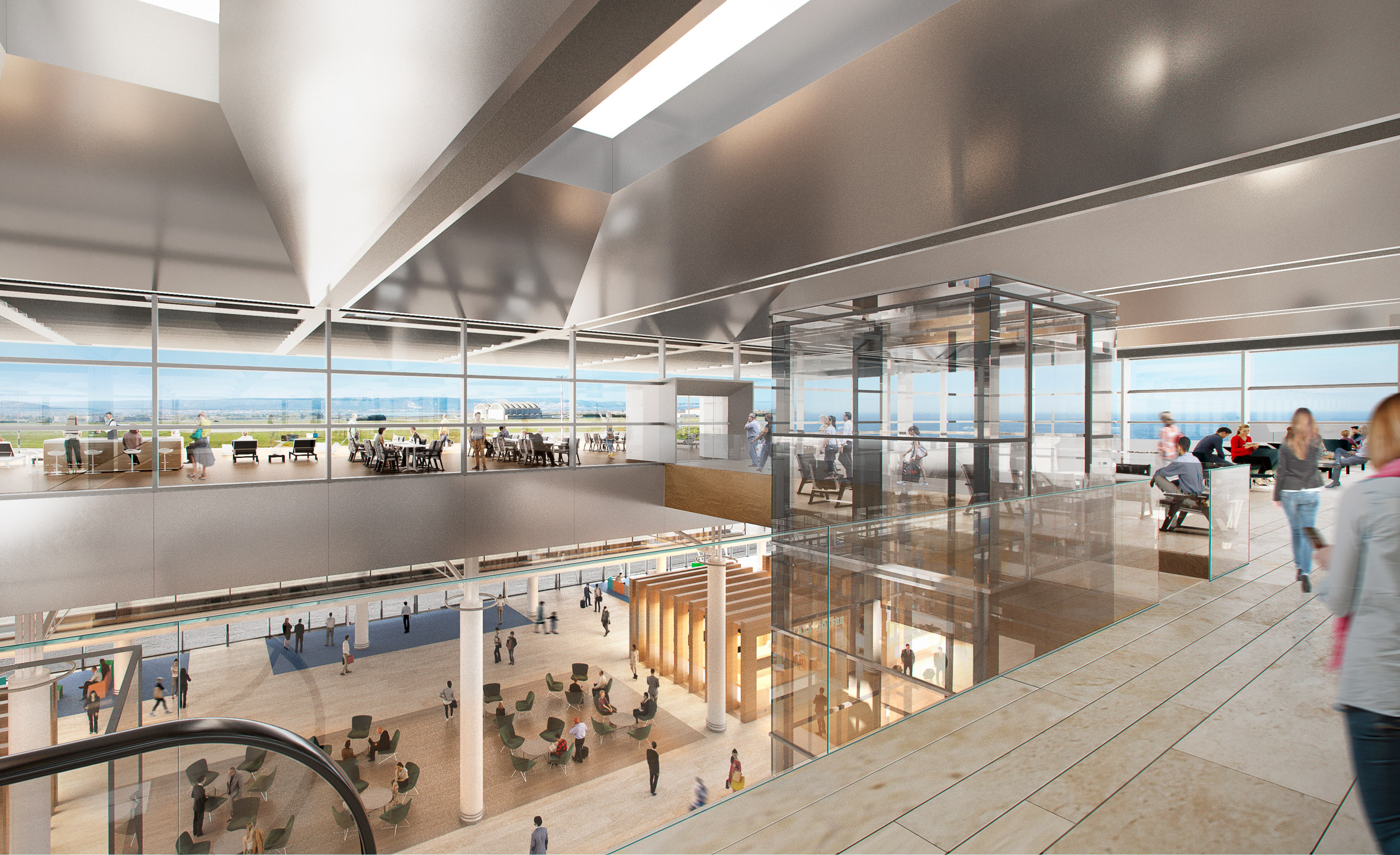 “Our goal is to design a generous pavilion that reconnects all parts of the existing buildings, simplifying the flow of people between them and creating a new welcoming gateway to the region,” said Brooker.

“The design restores the clarity of layout and expression in Fernand Pouillon’s 1960s original, while adding the missing piece to the 1992 extension by Richard Rogers to tie the entire ensemble of buildings together,” added the studio. 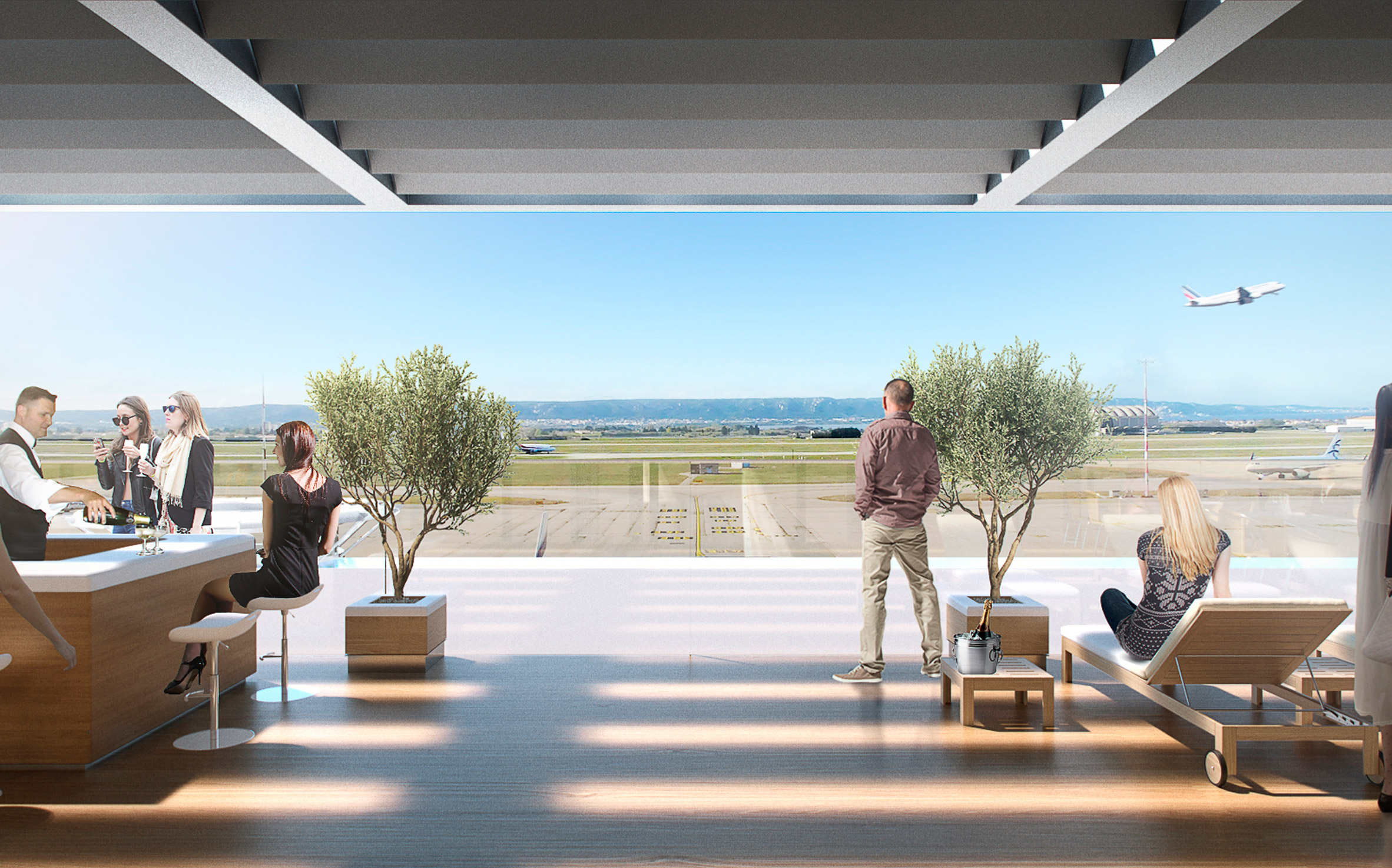 The full-height glazing will allow travellers to watch plans landing from lounges and a terrace on the upper floor. Faceted steel-lined skylights will contribute to ample natural lighting.

“The new terminal features a panoramic terrace overlooking the airport and the landscape beyond, and is entirely top lit, capturing the bright Provencal sunlight and paying homage to the bold architectural spirit of Fernand Pouillon’s original building,” said Brooker. 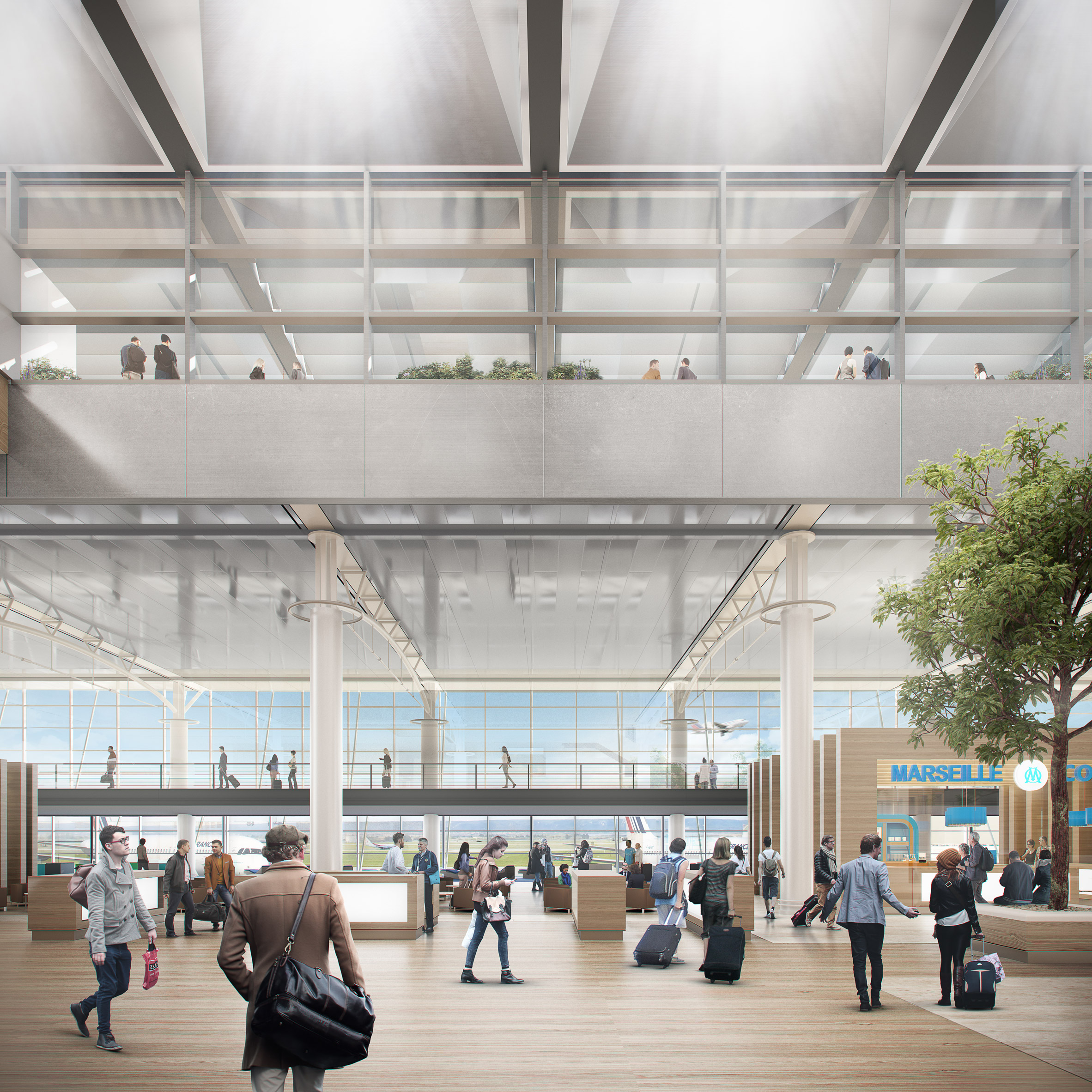 A multimedia screen will span the width of the double-height space, which will include shops and restaurants. Seating will be integrated into the planters of trees, in a similar design to those used in Foster + Partner’s Apple stores. 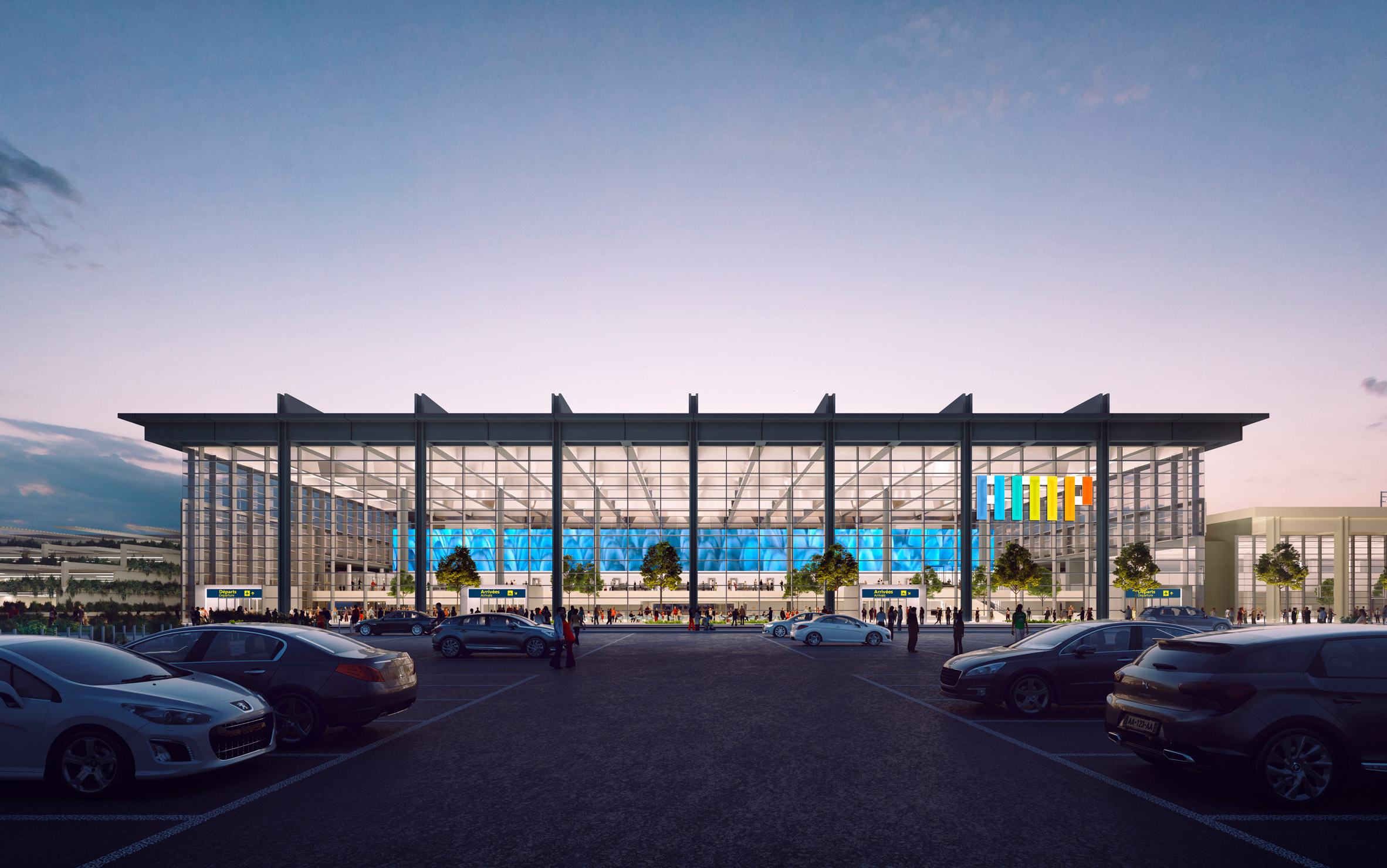 Phase two will see the addition of a pier with 12 aerobridges for embarking and disembarking aircraft. This structure will be largely prefabricated offsite, to speed construction and reduce disruption to the airport’s operation.

The plans are expected to allow the airport to expand its capacity up to 12 million passengers each year. 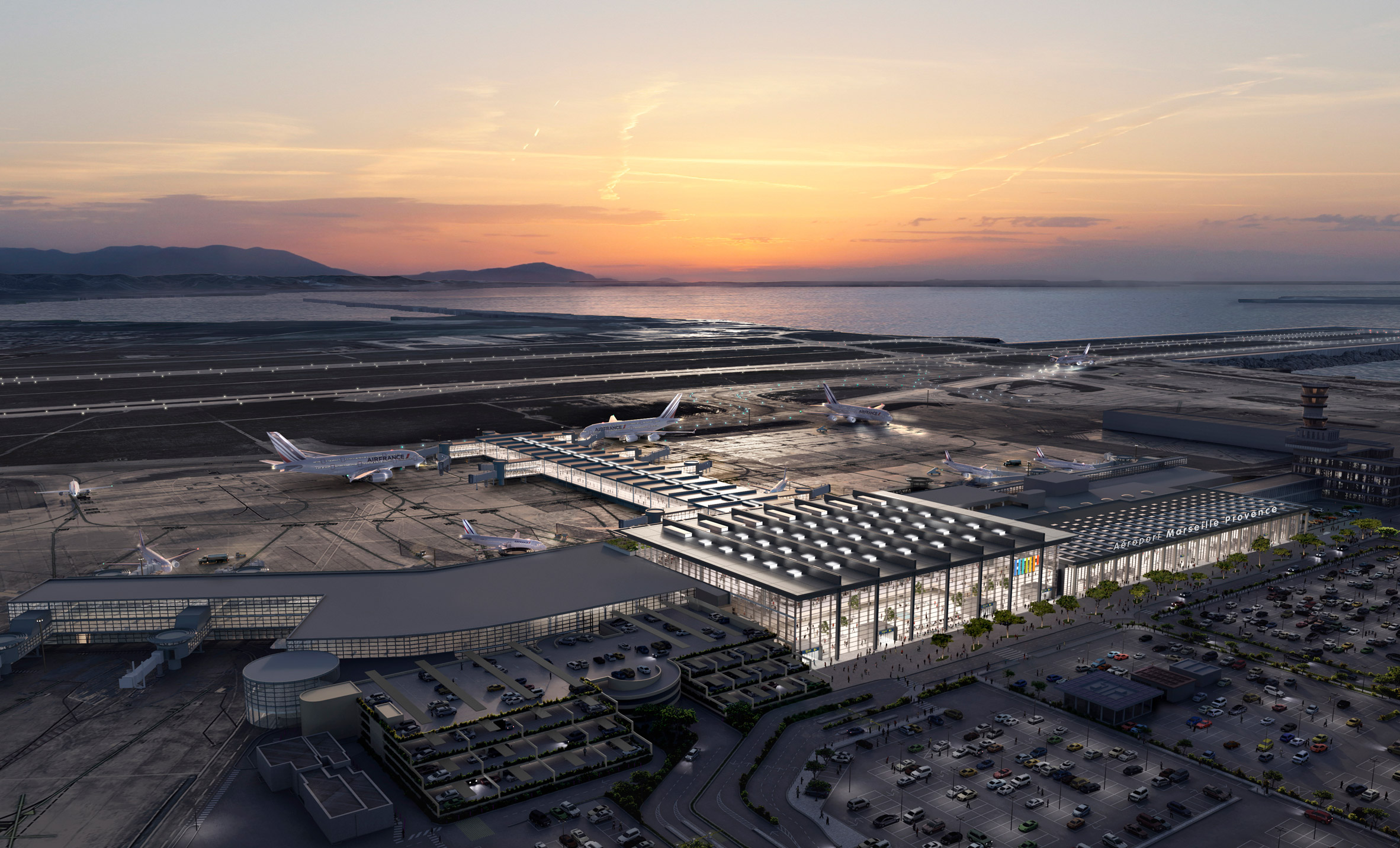 Led by architect Norman Foster, Foster + Partners is one of the world’s biggest architecture firms – and ranked at number 13 on the inaugural Dezeen Hotlist. Its other recent projects include Bloomberg’s London headquarters and Apple’s California campus.

This airport extension is not the studio’s first project in Marseille – it was also responsible for the award-winning revamp of the city’s old port area. Other structures in France include the monumental Millau Viaduct, which was the world’s tallest bridge when it completed in 2004. 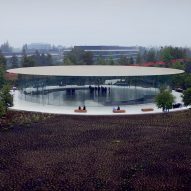