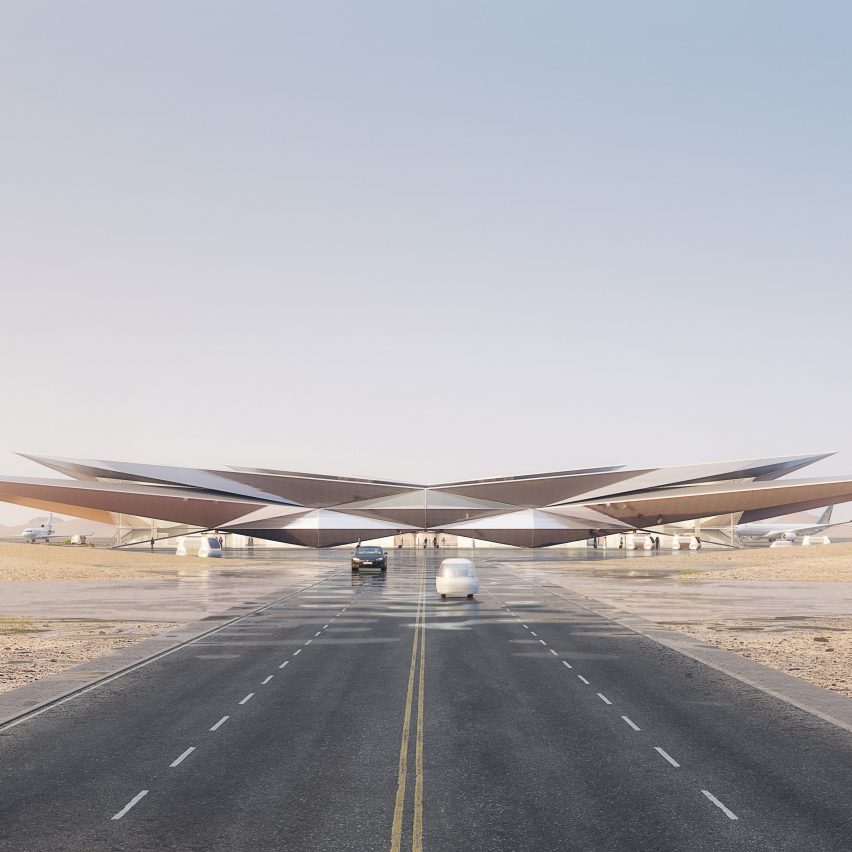 The studio led by Norman Foster made the decision to leave the group, which launched in 2019, as it believes that architects should be involved in designing more sustainable airports for the aviation sector.

“Foster + Partners has withdrawn from Architects Declare because, since our founding in 1967, we have pioneered a green agenda and believe that aviation, like any other sector, needs the most sustainable infrastructure to fulfil its purpose,” said Foster + Partners in a statement issued to Dezeen.

“Agriculture and aviation are not going to go away and they will both need the most sustainable buildings to serve them together with the architects who can most responsibly design them.”

Foster + Partners was one of the founding signaries of the Architects Declare manifesto alongside 16 other high-profile UK studios including Zaha Hadid Architect. Since its foundation, the UK group has gained over 1,000 signatories, while its international sister group has almost 6,000 signatories in over 20 countries.

“Aviation has a vital role to play” in confronting global warming

The decision to leave Architects Declare was made following tensions over signatories, including Foster + Partners and Zaha Hadid Architects, designing airports.

The studios have been criticised for being involved in the aviation sector with Architects Declare telling Dezeen last week that high-profile architects are “clearly contravening” climate pledges.

However, Foster + Partners believes that aviation has a role in tackling climate change and preventing future pandemics.

“We believe that the hallmark of our age, and the future of our globally connected world, is mobility,” continued the statement.

“Mobility of people, goods and information across boundaries. Only by internationally coordinated action can we confront the issues of global warming and, indeed, future pandemics. Aviation has a vital role to play in this process and will continue to do so. You cannot wind the clock backwards.”

Foster + Partners “advocating a green architecture before it was so named”

The London-based studio defended its position on climate change stating that it has a “sustainability agenda [that] has been developed over decades”.

It believes that projects including the Bloomberg headquarters in London, Hearst Tower in New York, the  Reichstag in Berlin and Masdar Institute in Abu Dhabi demonstrate its commitment to pushing the bounds of more sustainable architecture.

It also points to its design of Stansted Airport near London and the Queen Alia Airport in Jordan as examples of creating more sustainable airports.

“At the end of the last century, we reinvented the airport terminal to humanise it with natural light, and significantly reduce its carbon footprint,” said the statement.

“This is in a tradition going back to the nineteen sixties when we were advocating a green architecture before it was so named.”

Foster + Partners under fire from climate group for airport design

The move by Foster + Partners followed criticism of its decision to design airports including the facility to serve a luxury resort in Saudi Arabia. The project will feature “climate-controlled hangars that will be available for private jets”.

Although Architects Declare refused to censure Foster + Partners stating that it has “a principle of not naming and shaming our colleagues in the industry”, Architects Climate Action Network called on the studio to either resign as a signatory of Architects Declare or withdraw from designing the airport.