A group of Indian and Italian architects has built a pavilion in southwest India using mycelium – the fleshy part of a mushroom or other fungus – to demonstrate how the material could be used to create temporary venues for major events.

Asif Rahman of Indian studio Beetles 3.3, and Giombattista Arredia and Mohamad Yassin of Italian architecture studio Yassin Arredia Design teamed up to create the Shell Mycelium installation in Fort Kochi, in the state of Kerala. 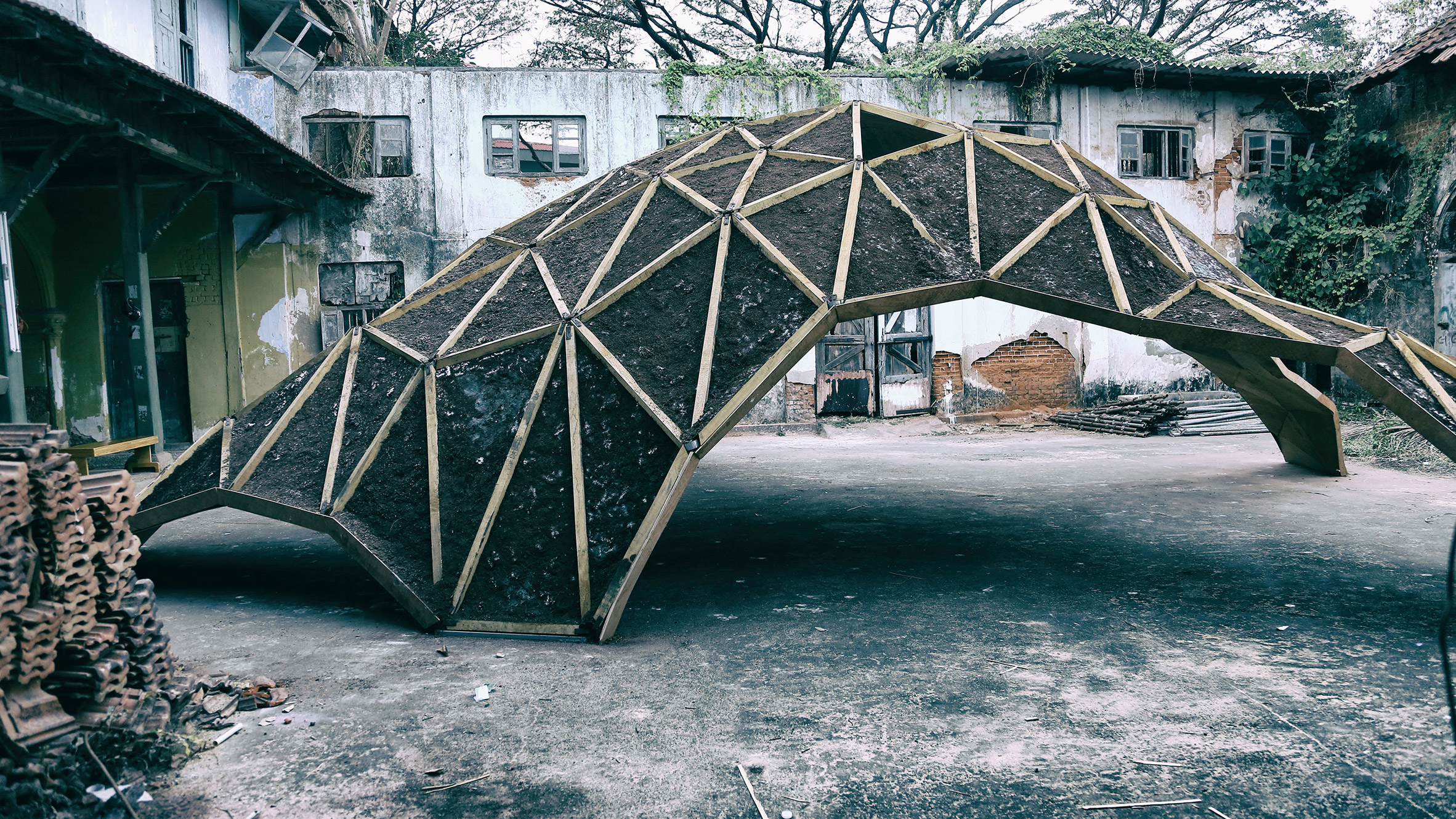 Their aim was to promote mycelium as an alternative construction material that is particularly suitable for building temporary structures, thanks to its environmentally friendly properties.

They believe it could be easily utilised to create temporary rather than permanent structures during major events, like international sports tournaments and world expos. 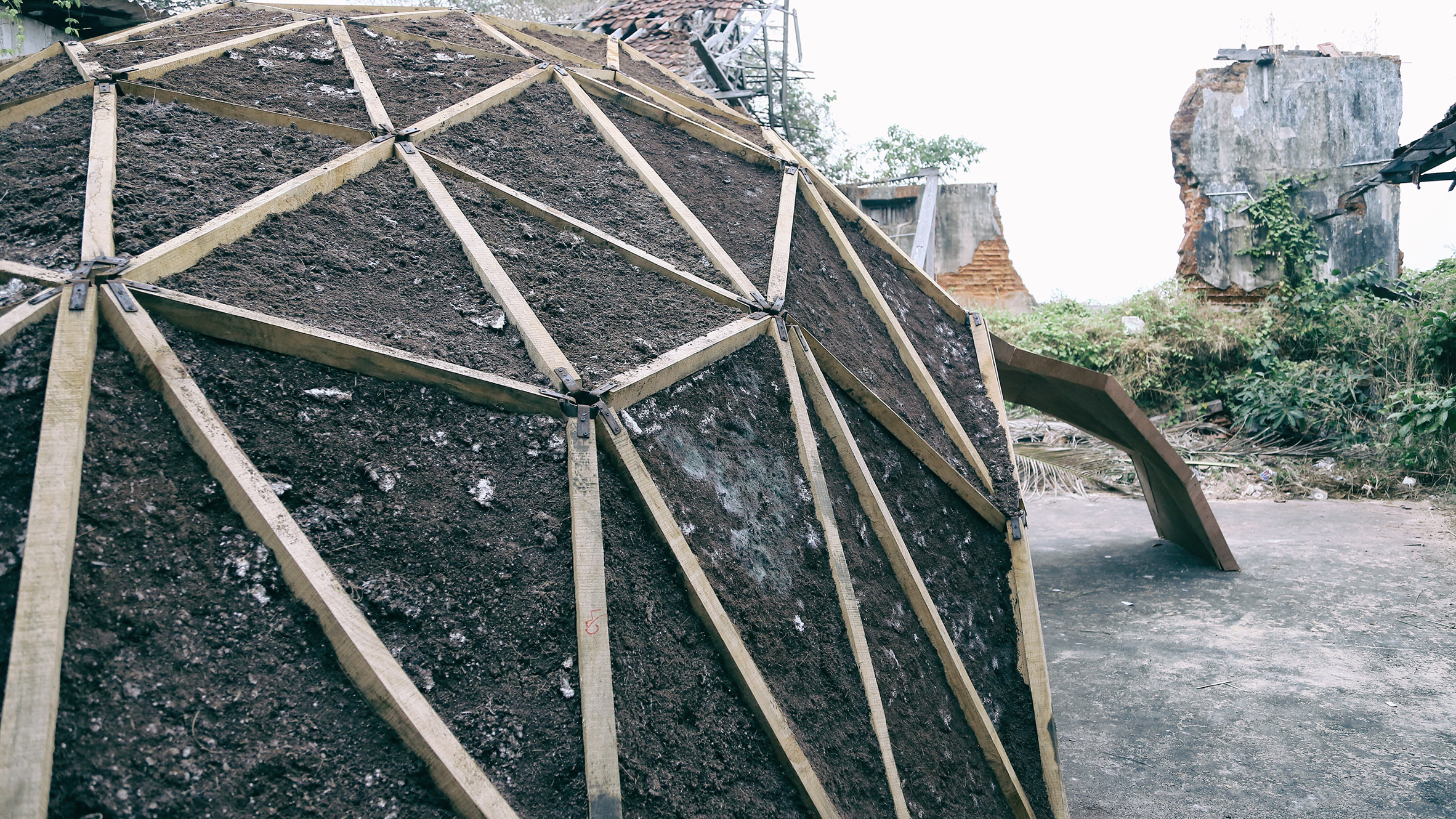 “In most of the cases the structures constructed are permanent, making use of heavy construction material,” explained the team.

“This approach leads to many practical difficulties in demolition and disposal,” they continued. “At the end of the event, after the entire world has danced and celebrated, the city remains a scarred body, devoid of life.”

“We criticise these unconscious political choices, with living buildings that arise from nature and return to nature, as though they never existed.” 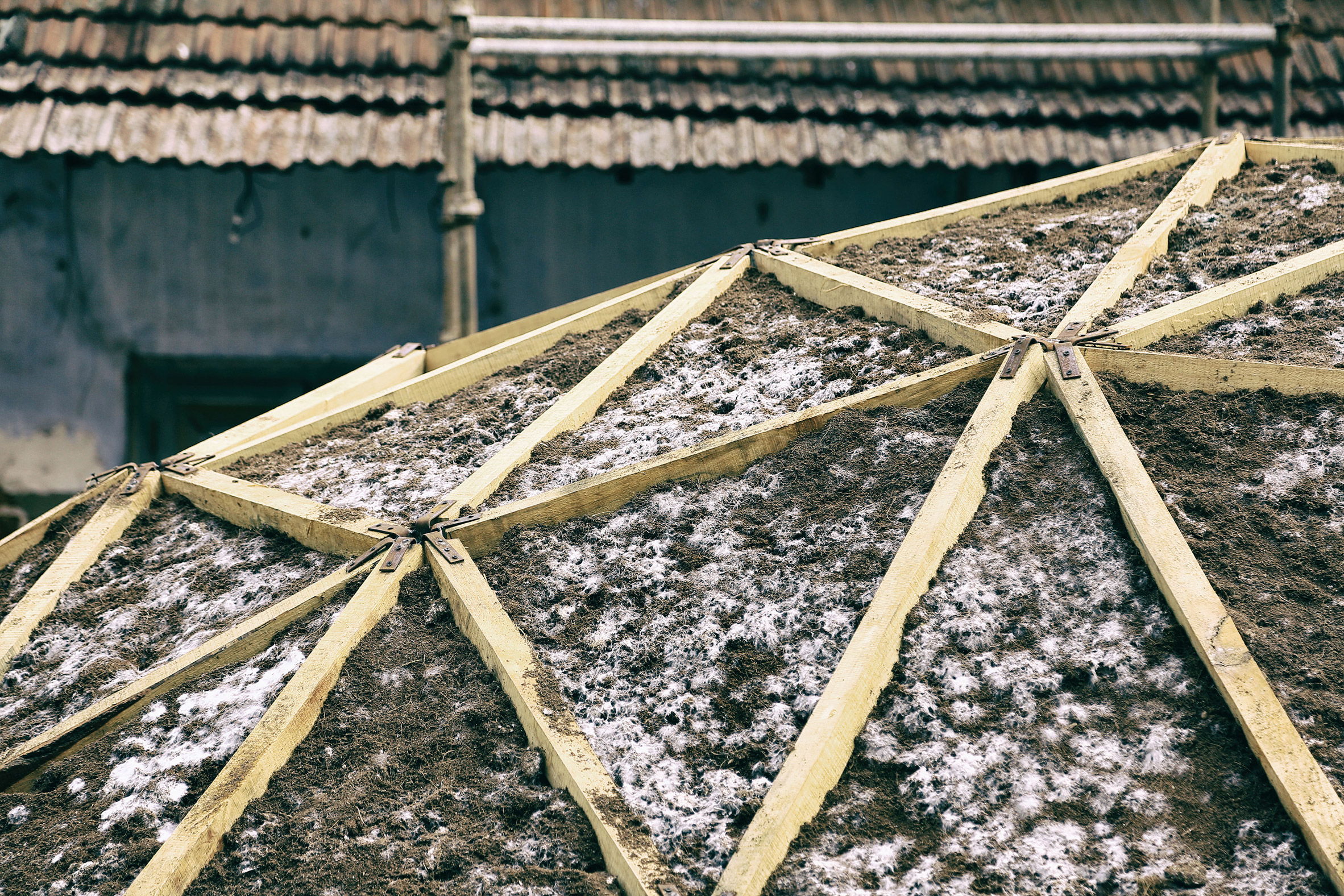 In recent years, several architects and designers have experimented with using mycelium as a building material, including New York studio The Living, who used it to build a pavilion for the MoMA PS1 gallery, and Dutch designer Eric Klarenbeek, who has used it to create furniture.

Rahman, Arredia and Yassin were introduced to the material by mycologist Philip Ross, who has been looking at ways of combining mycelium with leather. 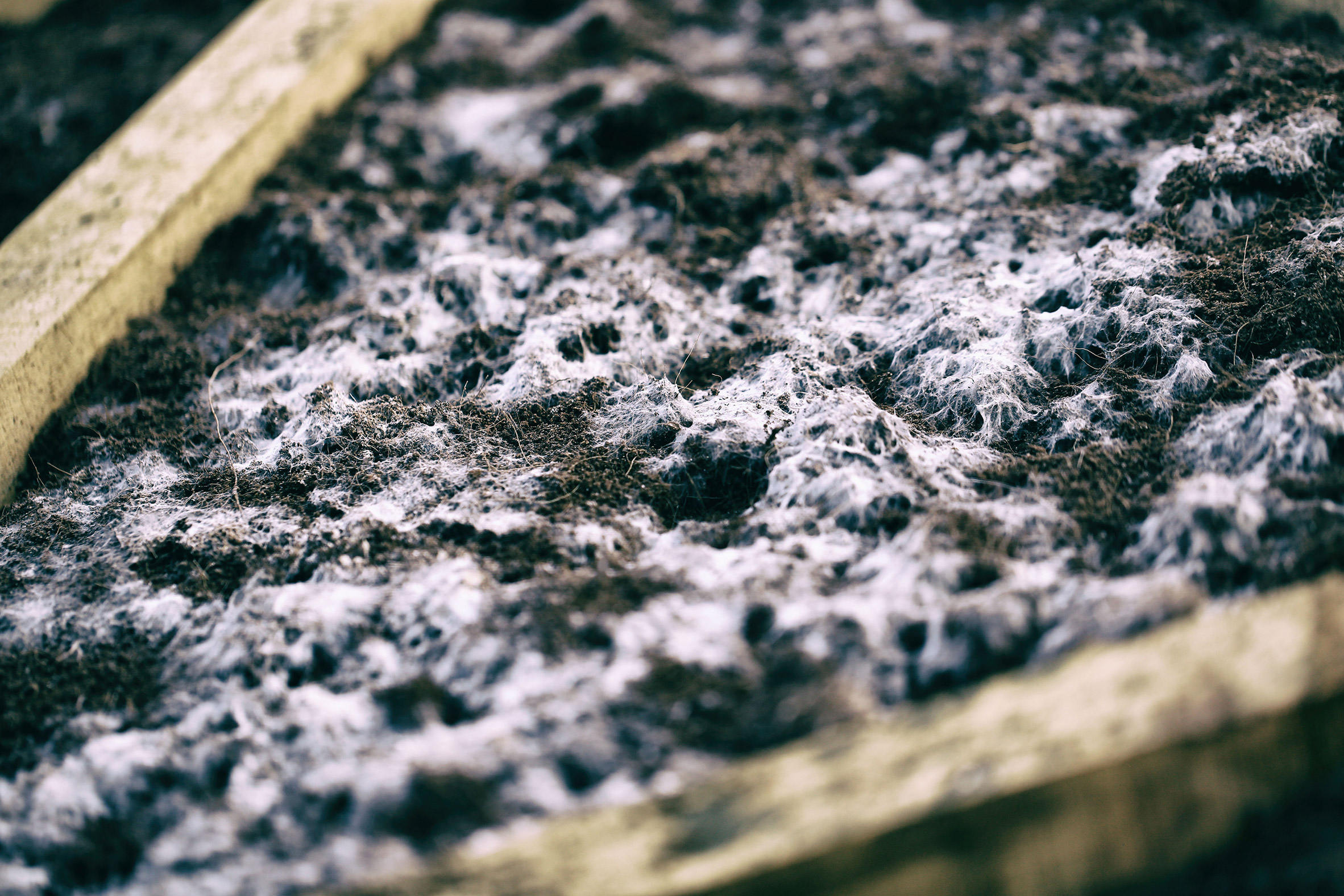 The unique characteristic of the material is that can merge with the framework to which it is added. In the case of the Shell Mycelium pavilion, the material became combined with a triangulated timber framework. 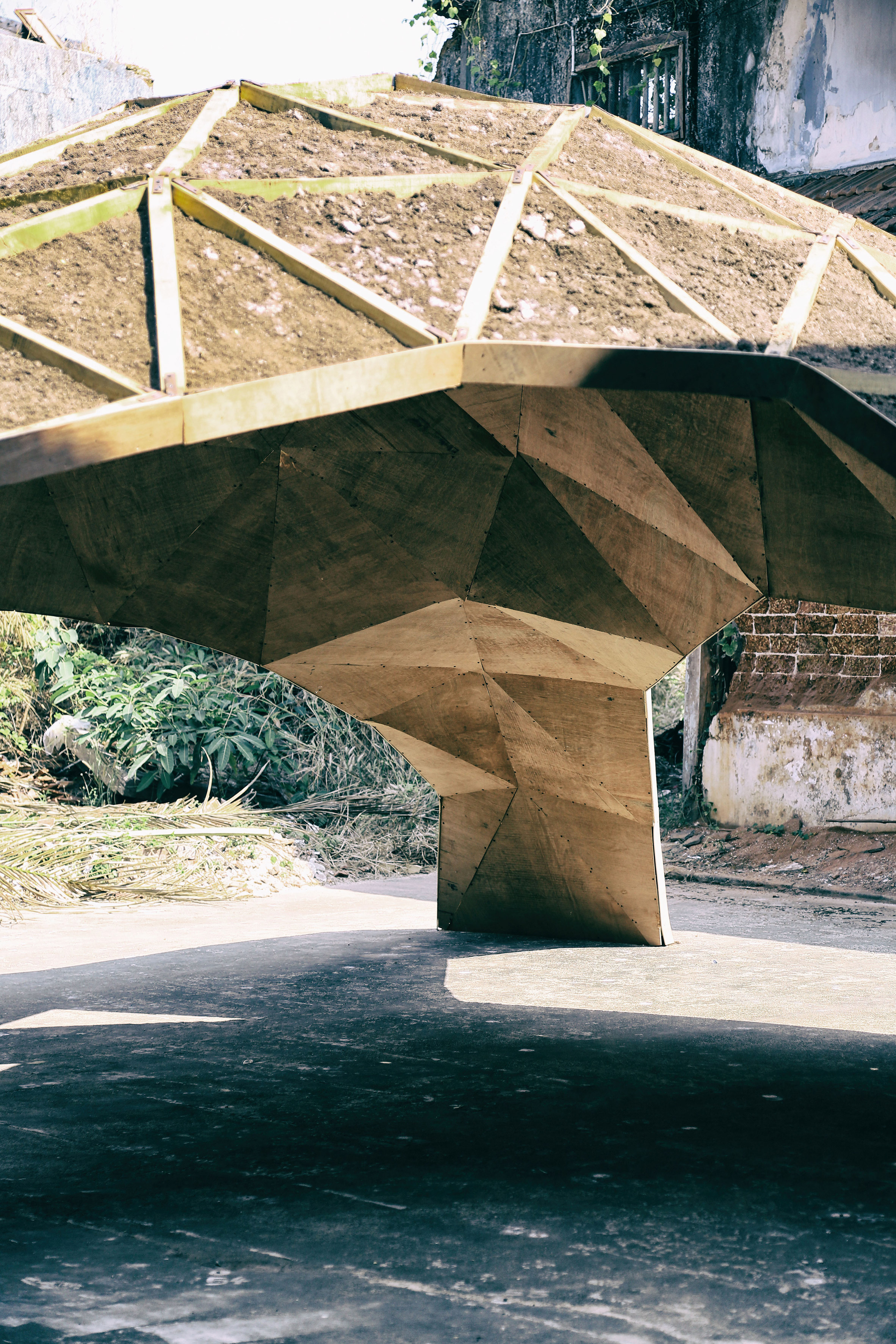 To make this happen, the architects created a series of tray-like cavities in the structure. These were filled with fungus then covered over with coir pith, which consists of coconut husk fibres. In time, the top layer dried up and died, creating a protective shell over the mycelium. 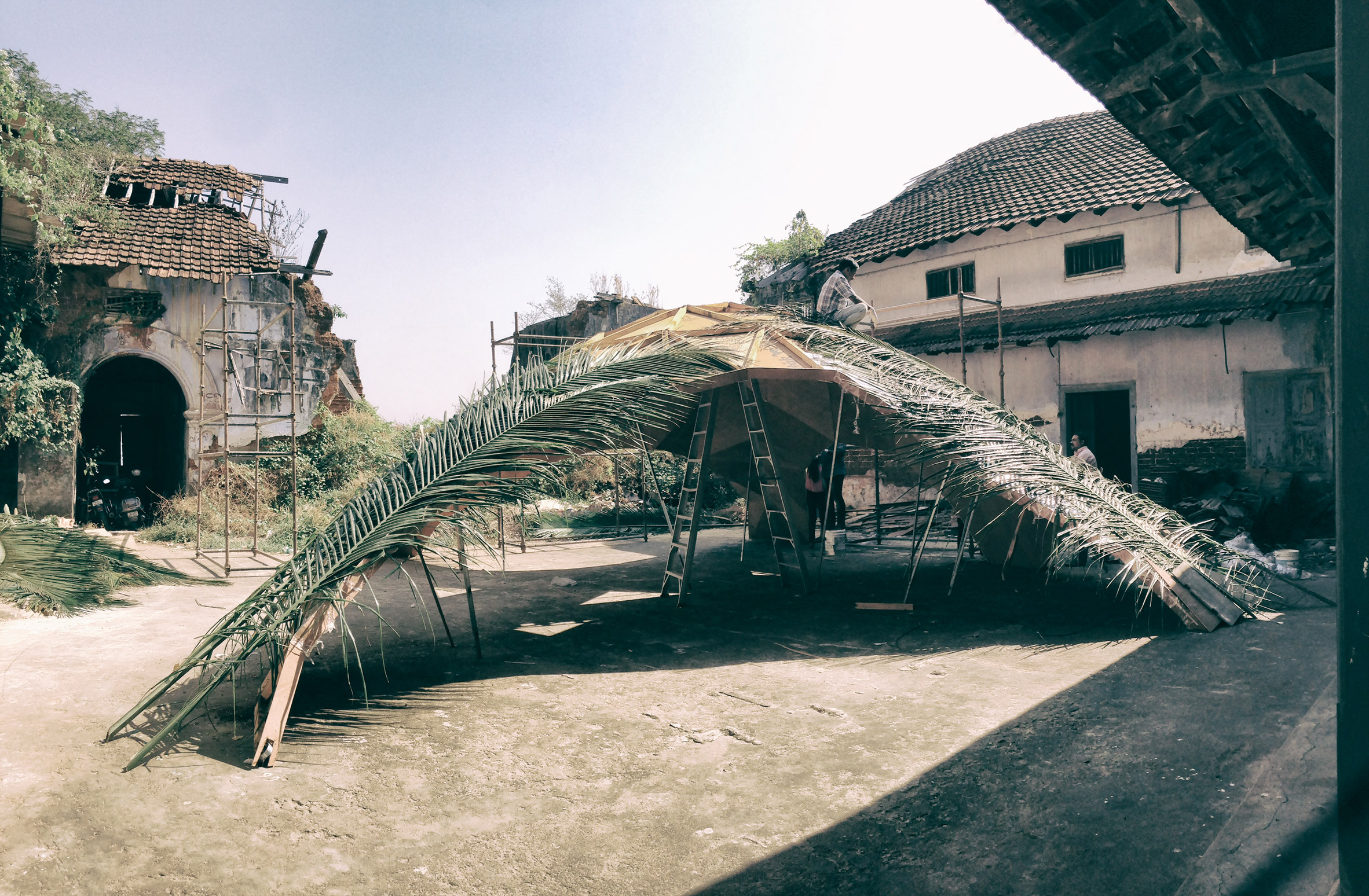 “The shell pavilion is a pavilion made of spores and the wooden structure forms the growing ground,” said the designers. “The mycelium eats it, merges with it, transforms it and grows through it.”

The project formed part of the programme for the Kochi Muziris Biennale 2016, which took place from December 2016 until March 2017.

This stop-frame movie shows the pavilion’s construction, and how it changed over the three months of the biennale

The structure evolved throughout the duration of the biennale, as the mycelium grew and formed a white covering over the pavilion’s roof.

“As the biennale came to a close, the structure had slowly started to disintegrate, while curious visitors experience it,” added the designers.

Photography is by Krishna and Govind Raja.