These kiosks on Montreal‘s namesake peak lean away from the hillside at different angles to look as if they’re being blown over by the wind. 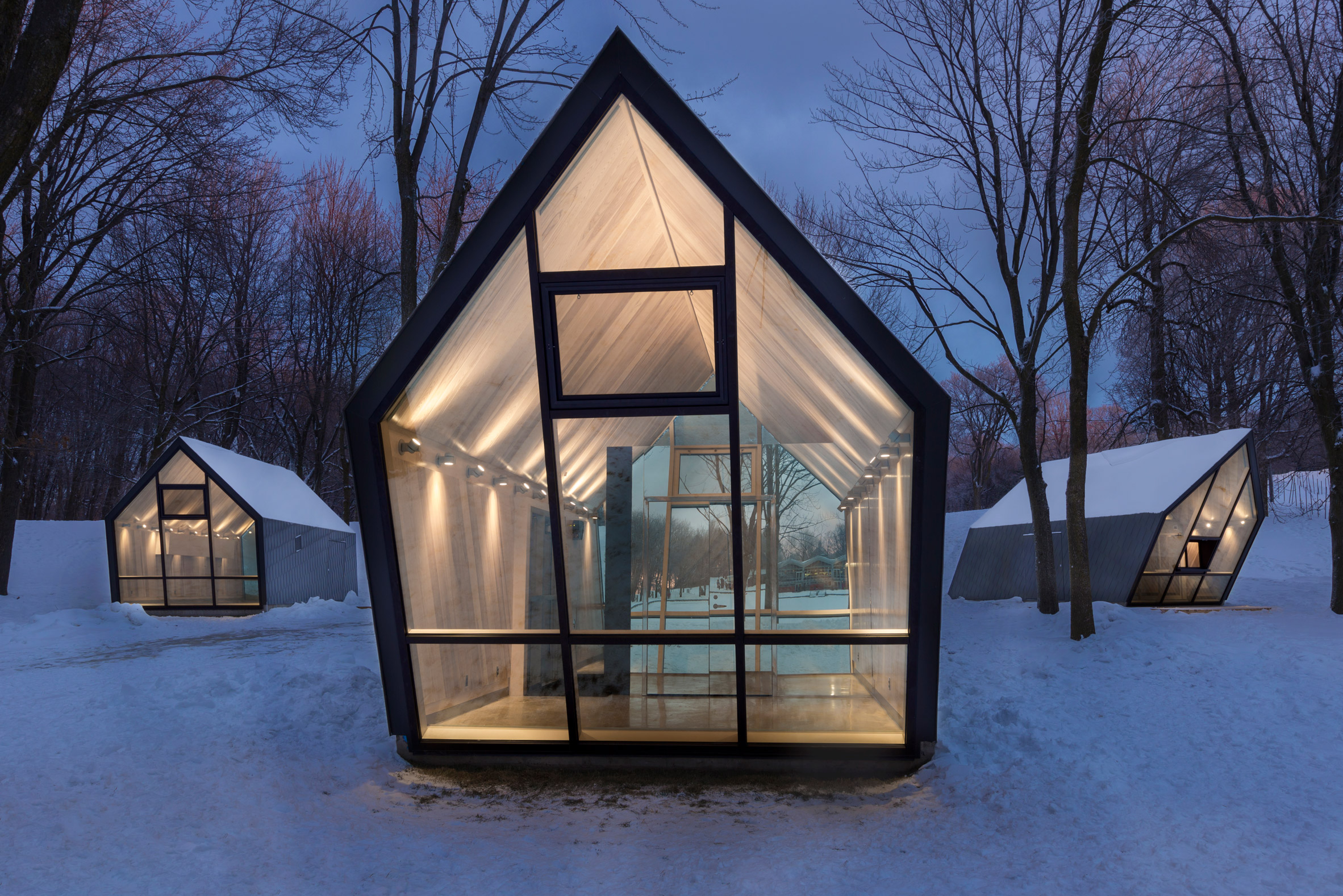 The trio of Mount Royal Kiosks is situated close to Beaver Lake, an artificial pond within the Mount Royal Park – inaugurated in 1876 and designed by landscape architect Frederick Law Olmsted, who was also behind New York’s Central Park.

Designed by local firm Atelier Urban Face, the gabled huts are scattered as if randomly among the trees on the slope. 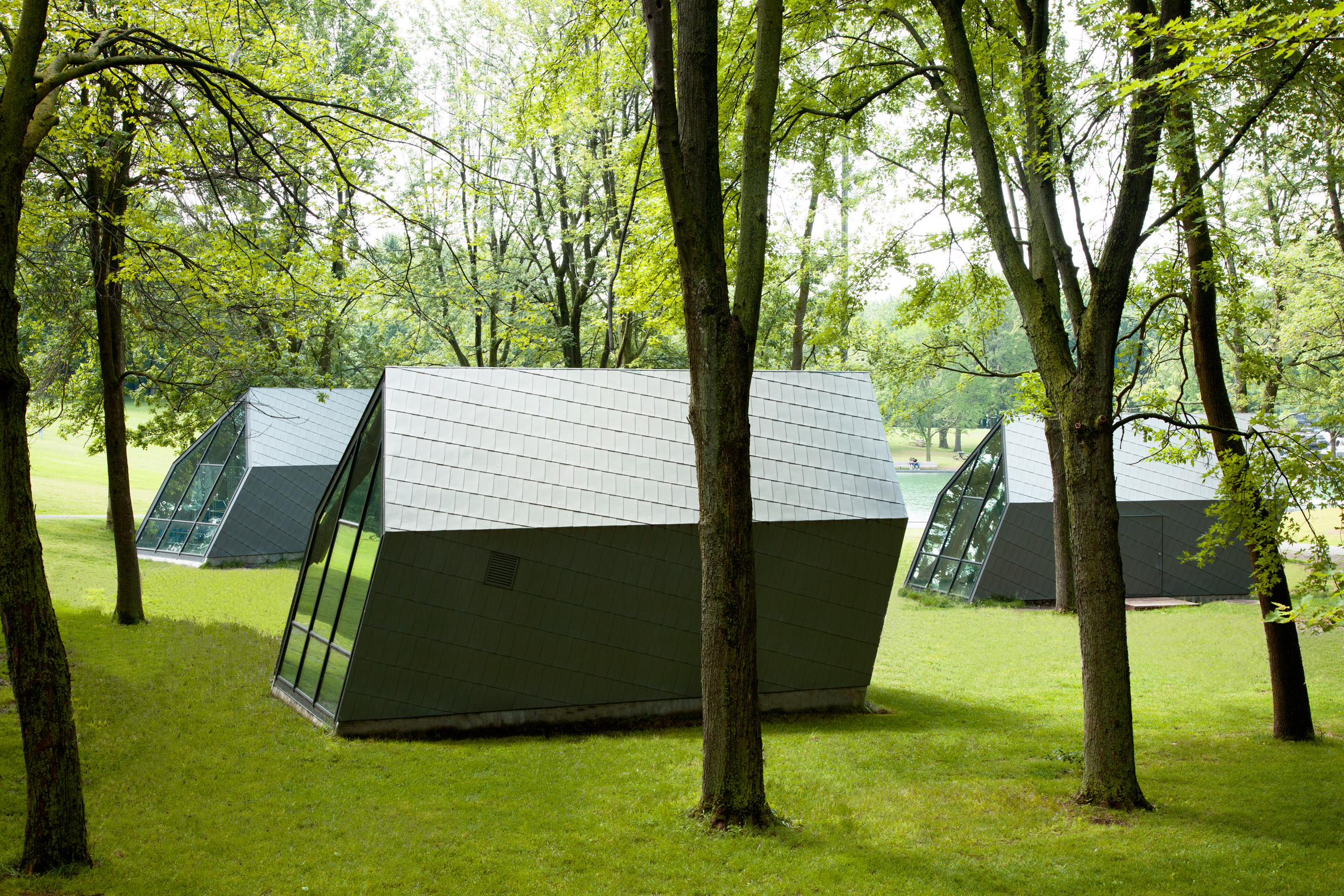 “The three new kiosks, each an original building, take on the shape of the hamlet,” said a statement about the project. “This was an important factor in the design, as a hamlet incorporates the idea of a village, one that encourages a sense of interaction and community.” 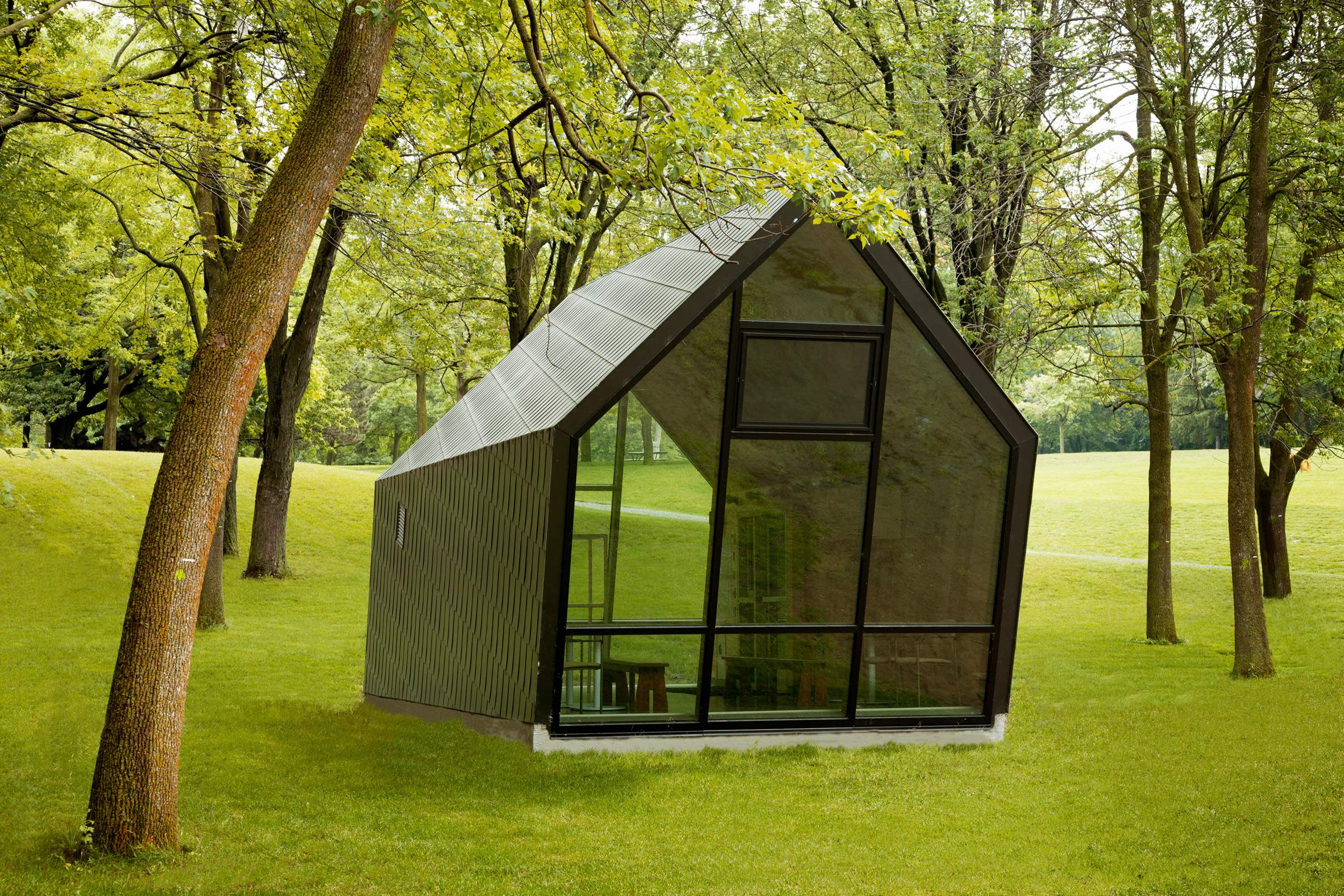 Although they look similar, each of the steel structures has a different purpose and leans at a different angle.

The first and most upright of the group is designed to host field trips and can hold up to 30 people at once. Its end walls are titled 10 degrees from vertical. 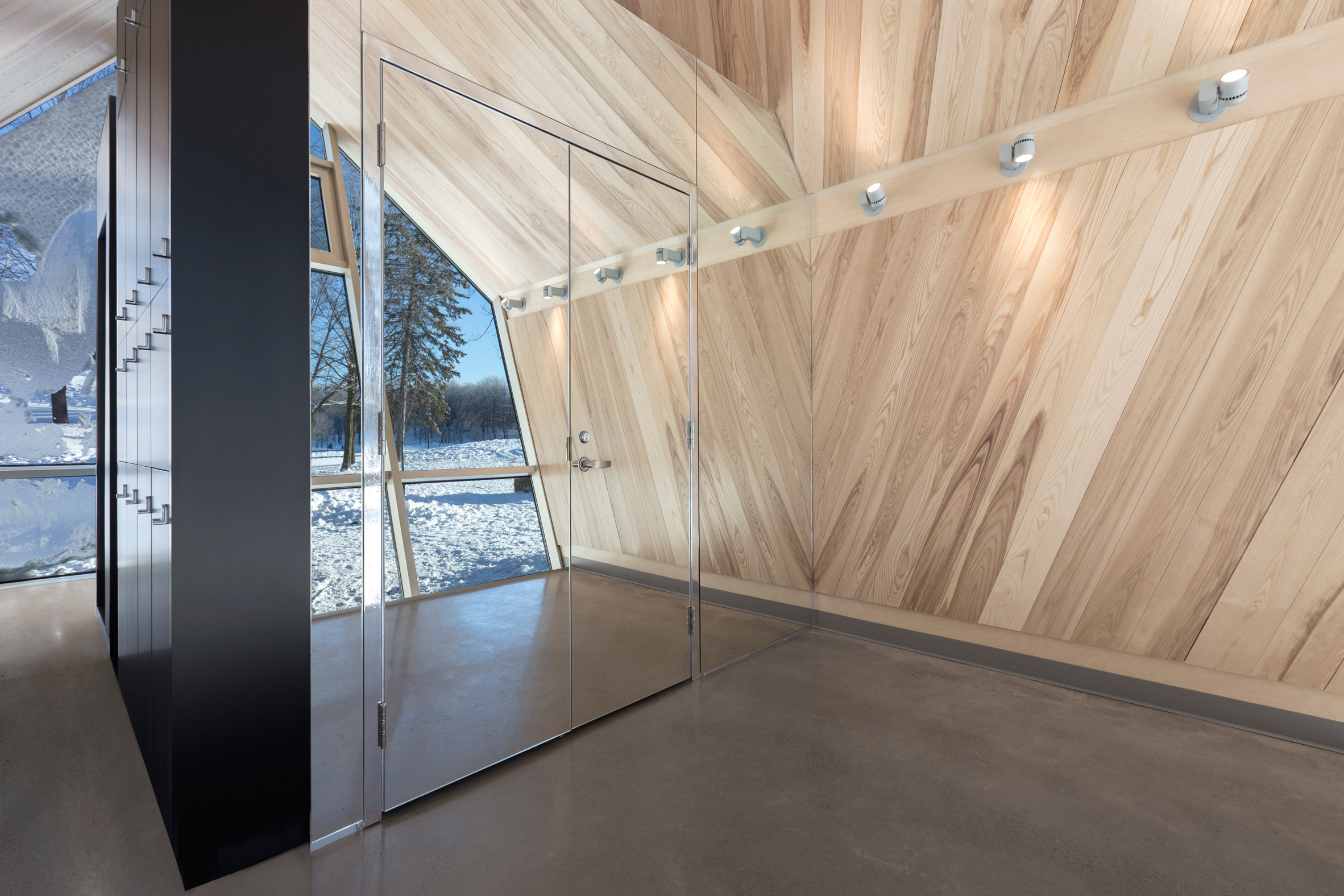 Kiosk two has a 20-degree incline and is used to house tools and equipment for park services, as well as a first-aid station.

With the most extreme lean, the third building is angled at 30 degrees and forms a ticket office, with storage space for recreational equipment. 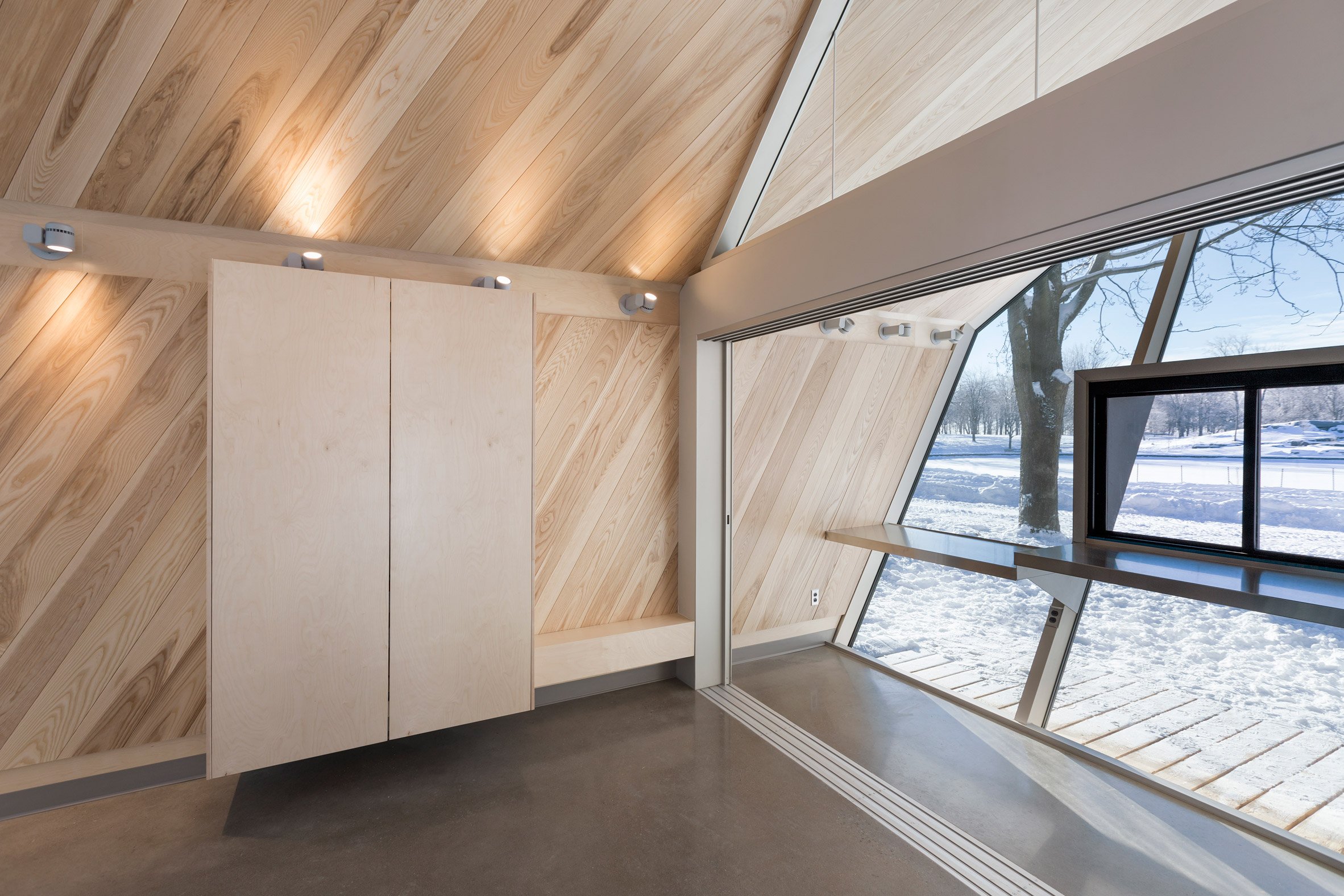 All three are clad in zinc tiles, arranged in rows that do not line up with the edges of the buildings. Glazing is fitted in the gabled ends, while doors are located on the sides.

“In essence, the three kiosks read like a painting, being pushed by the wind at three different speeds – expressing sensitivity to the environs and the elements,” said the project statement. 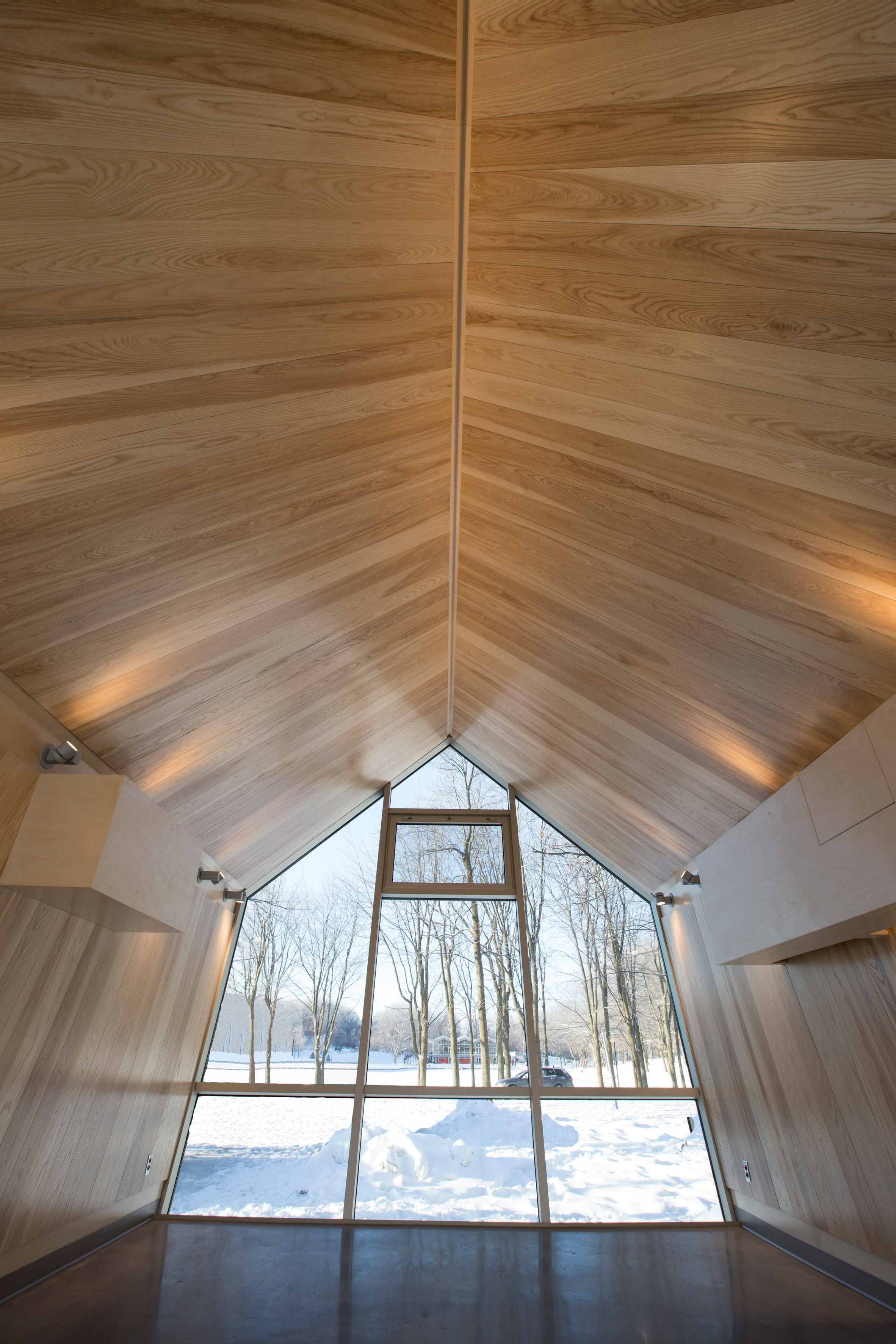 Interiors are lined with tongue-and-groove planks across the walls and ceilings, while polished concrete was chosen for the floor finish.

Wooden furniture forms seating and storage spaces in the field trip cabin. In another, an internal porch is formed by walls that incorporate a kitchenette, black lockers and a mirrored surface – all of which face out into the shelter. 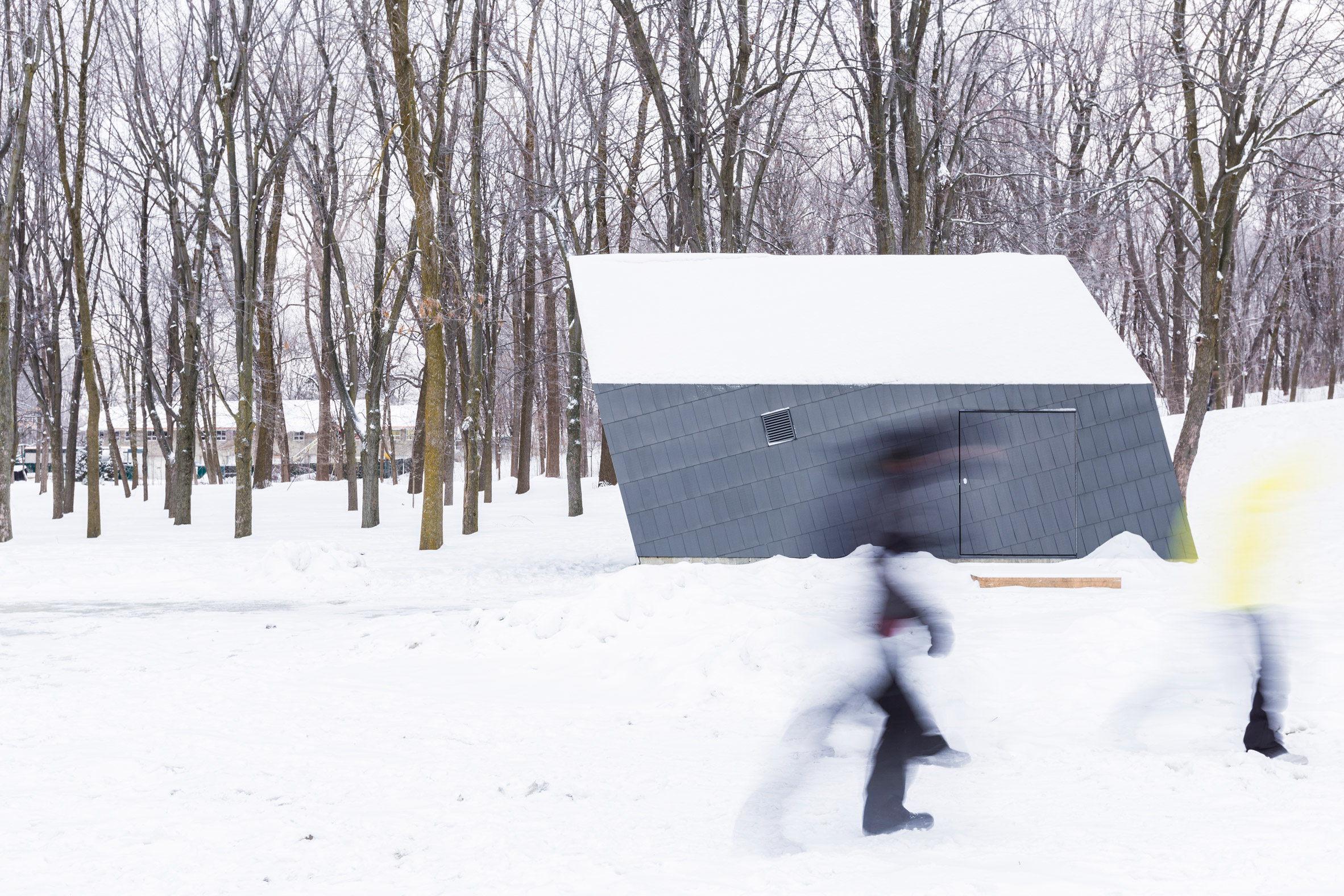 Small kiosks often provide opportunities for architects to experiment with playful ideas. Huts that open like paper fans, a flower stall wrapped in undulated timber slats and a pavilion made from weathered steel piles are among other fun examples. 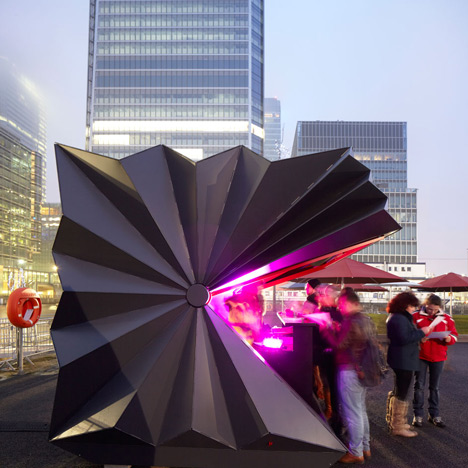 Folded metal kiosks by Make open like a paper fan